From Rudimental to Luis Suarez, MJJ Exclusive is the name behind some of the world’s biggest celebrities’ coolest custom watches. Founded in 2012 by Matthew J. Jones, aka Rebel in Luxury, the brand has been making high end, works of art for almost a decade with very little recognition. Celebrities are no longer happy owning a watch from a limited run, instead they want something unique and a bespoke 1 of 1 watch created by one of the most respected brands in the space brings with it a nice status boost.

Using their jewellery background, they have created some truly insane versions of well know models from the best watchmaking houses. From classic alterations like diamond setting and engraving to more exotic colour scheme changes and bespoke patterning, each commission is individual and upon request. Here’s a break down of 5 of the most insane and unique watches created by MJJ Exclusive and the celebrity wrists you can find them on. 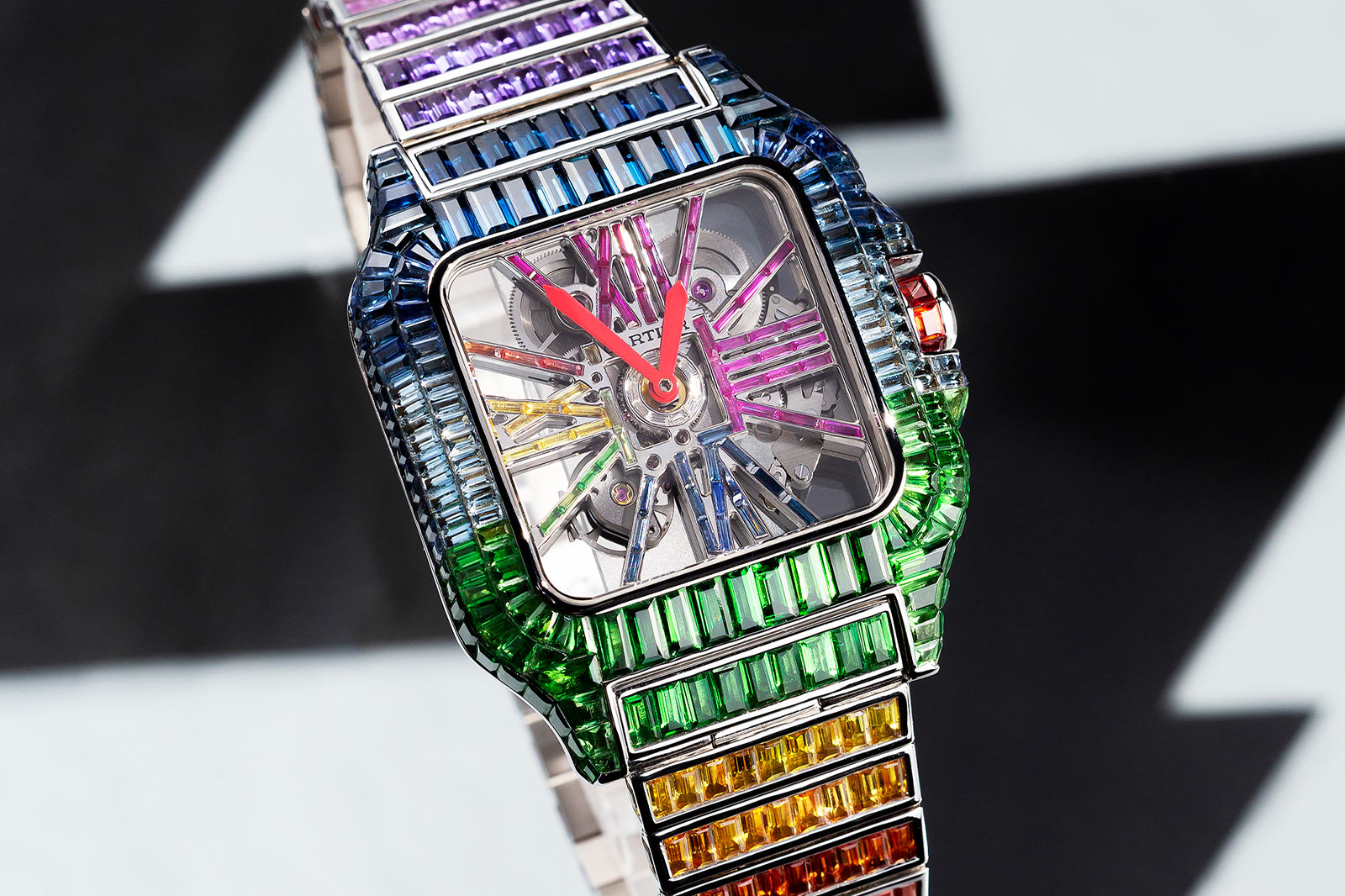 The Santos De Cartier is already a timepiece that is a familiar sight on the red carpets of the world, worn by the likes of Tom Hiddleston. And the skeleton version is an even greater feat of haute horlogerie with Cartier’s signature Roman numerals elongated to become the structural bridges in one of the coolest examples of functional style around. But what if you want to make it utterly jaw dropping?

MJJ’s tactic was to embellish it with over 64 carat’s worth of hand selected gemstones, turning it into a mesmerising rainbow of pure excess. Whoever wears this watch has to have enough confidence and flair to pull it off, which is why it is a perfect fit for serial goal-scorer and the current Arsenal captain Pierre-Emerick Aubameyang. It was delivered to him in MJJ’s bespoke security case, which is also cool enough to warrant being talked about in its own right. 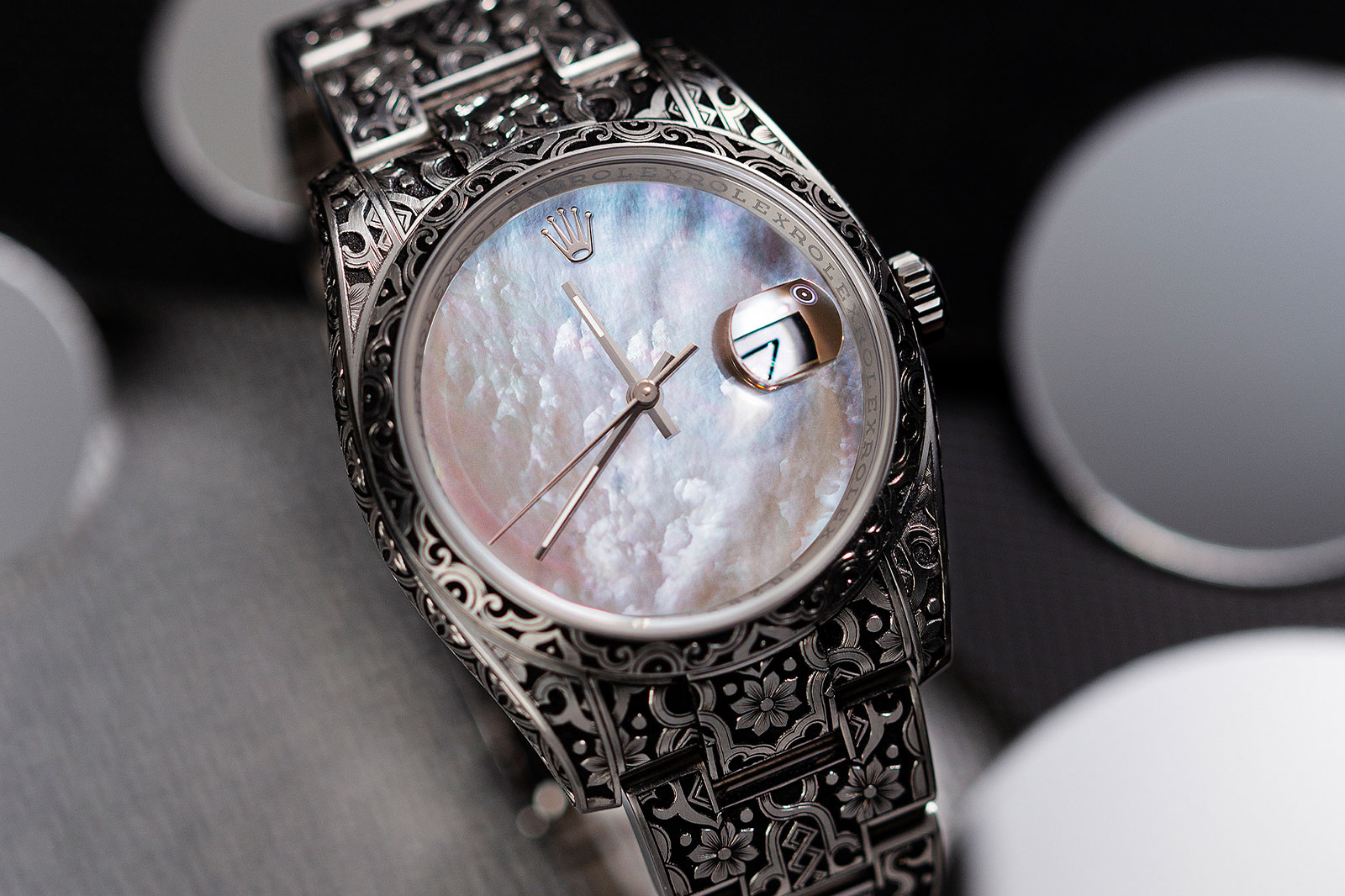 While we might not know whose wrist this take on a Rolex Datejust ended up on, it’s seriously too cool to leave out. The Mughal style engraving was done by hand by a fifth-generation engraver who has worked for the Royal family, meaning every line is as close to perfection as it’s possible to be. The process is so precise and delicate that it takes three months to complete, showing that each piece is a labour of love with no expense spared for MJJ’s clients. This one is completed with a mother-of-pearl dial.

The Rolex Datejust is the perfect candidate watch for customisation. It’s a relatively simple timepiece without too many embellishments and is on the more accessible side of the Rolex price range, meaning that once you’ve bought one you could have some money left over for personalisation that you wouldn’t have if you went for something a little more out there. In fact, it’s so popular it’s also the base for the next watch on this list.

His & Hers Black Armour Datejusts 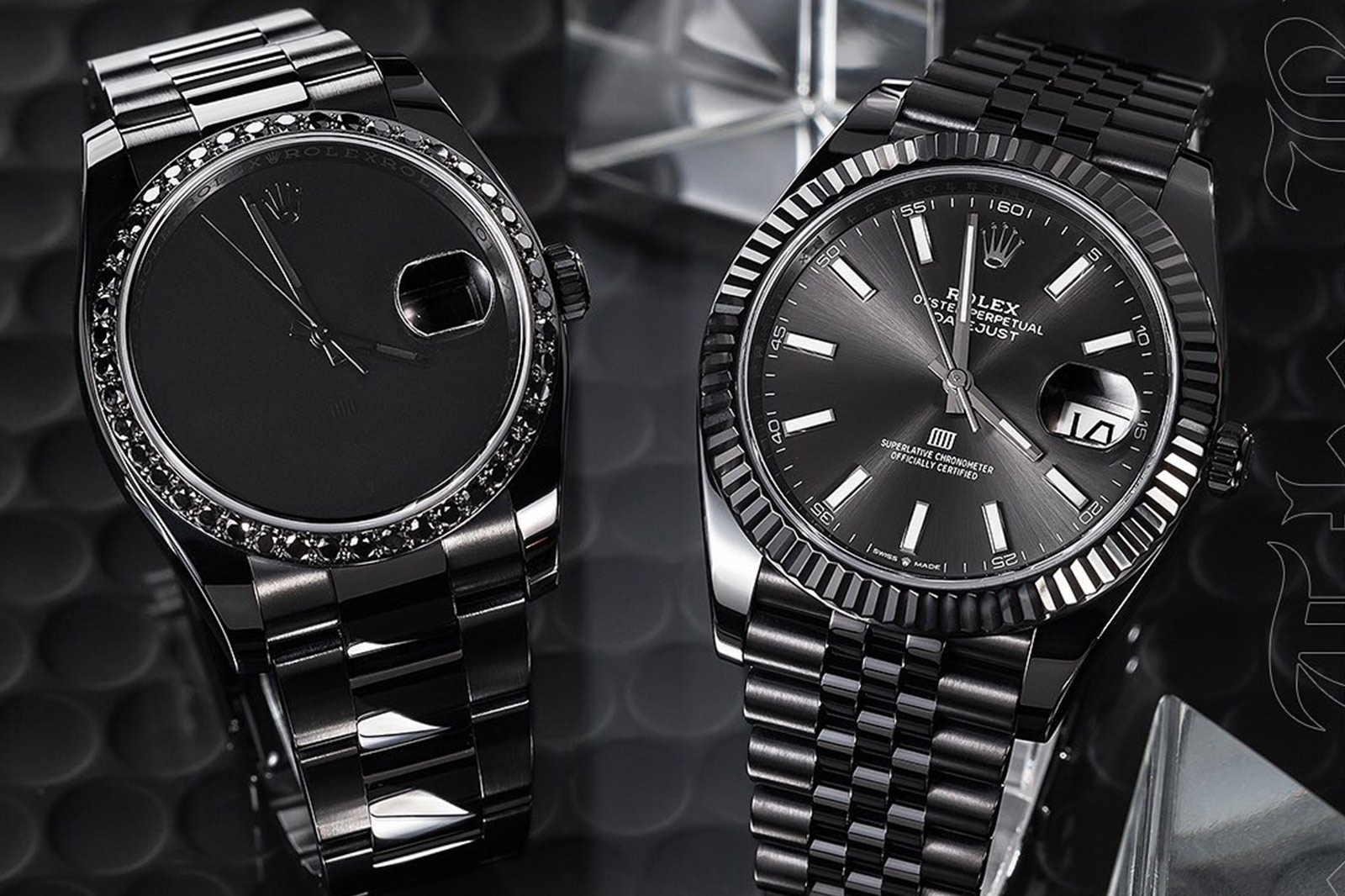 This entry is a two-for-one special because it’s actually a pair of watches that were created together as a unique ‘His & Hers’ set. They were commissioned by Serbian footballer Luka Jović, who currently plays for Frankfurt on loan from Real Madrid, and his partner Sofija Milošević, a model and fashion designer.

While the blacked-out design, called Black Armour by MJJ, might be tamer than the other watches on this list, the pairing of them together creates a charm that elevates them. The contrast between the blank dial on the lady’s piece and the shiny finish on the gentlemen’s adds a sense of distinction, making them more than just carbon copies of each other. 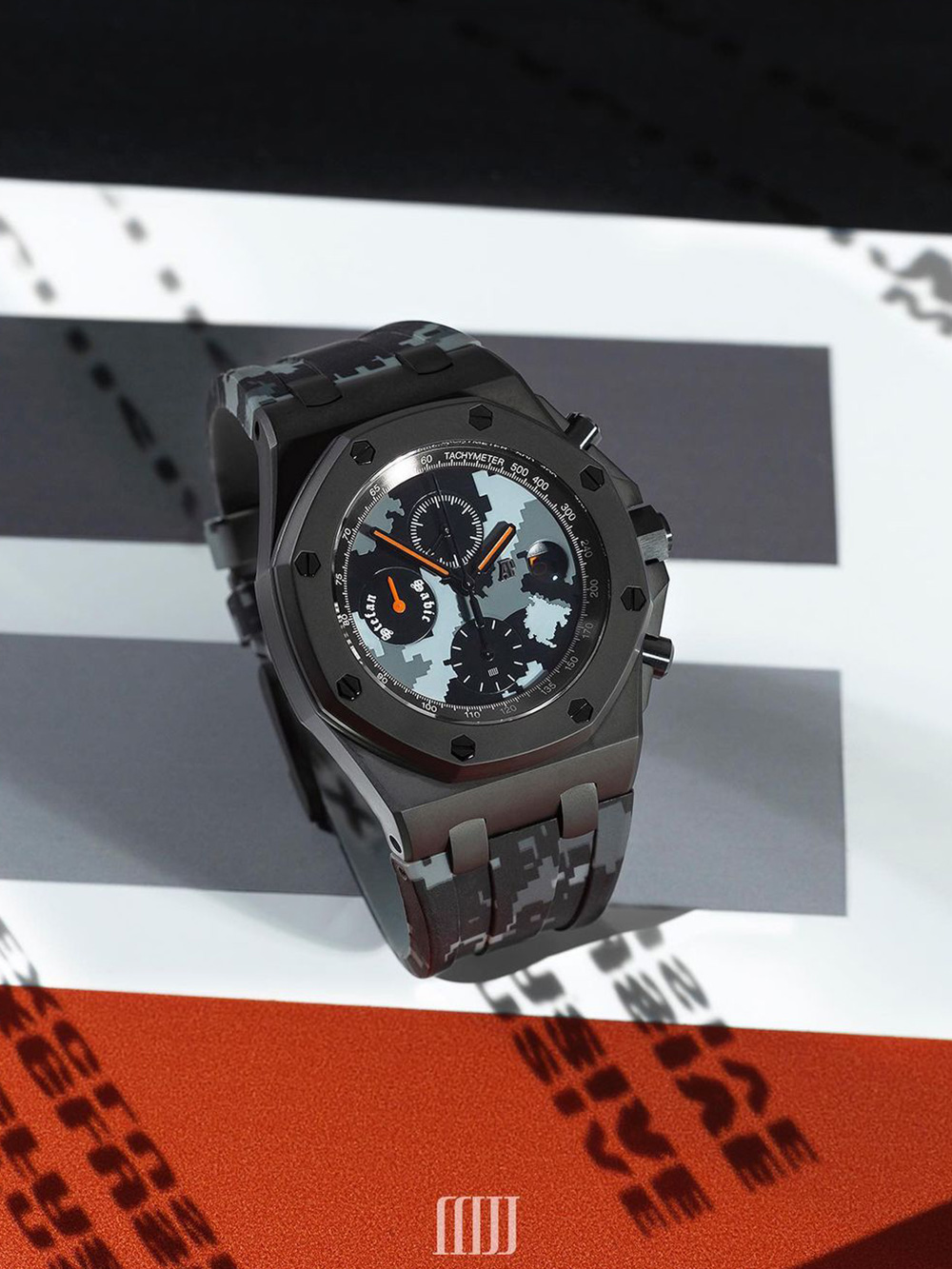 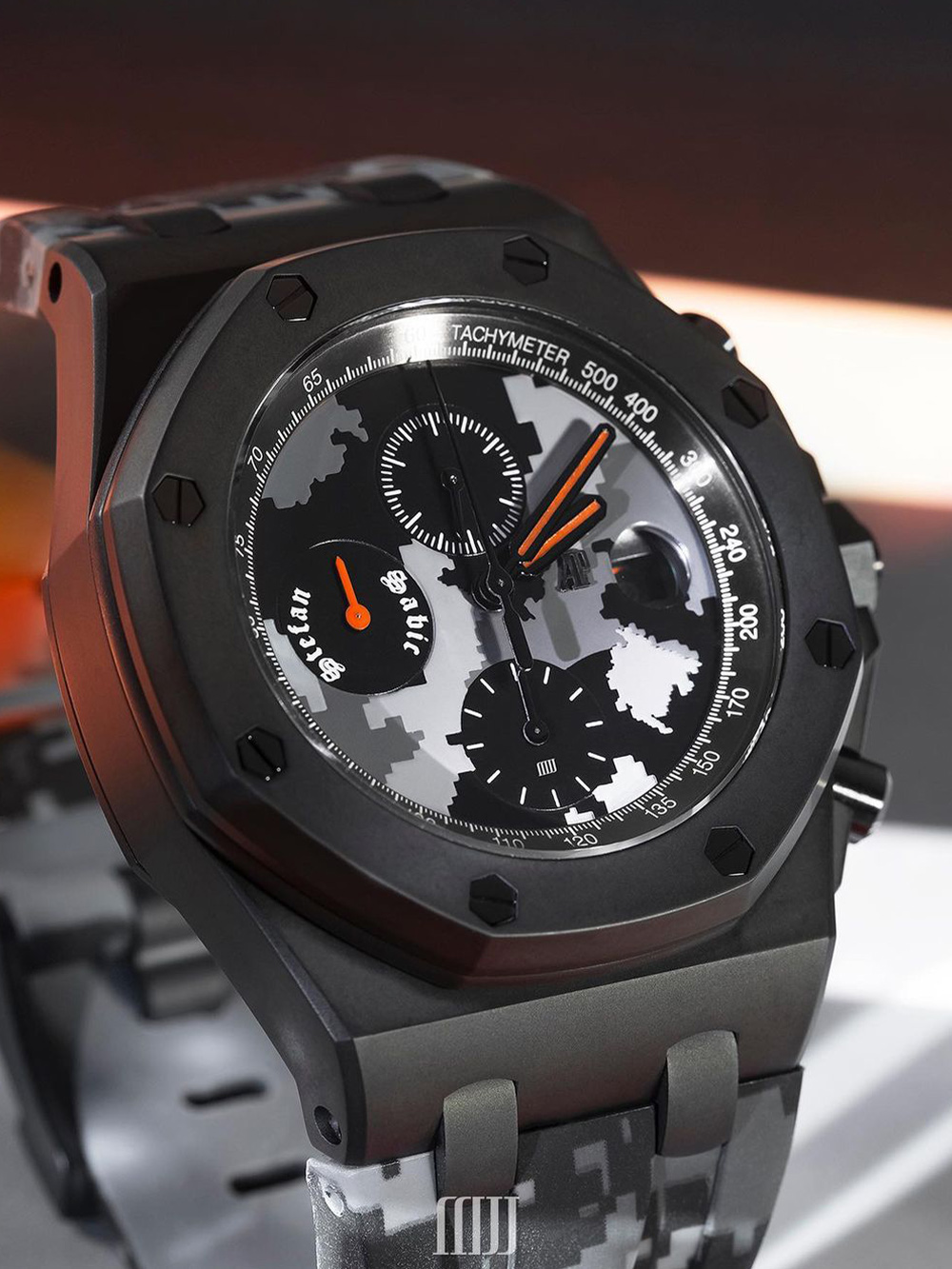 For an even flashier commission, you might consider one of the holy grails of watchmaking like the Audemars Piguet Royal Oak. The flat planes and large surface area make it a dream to customise with more than a few diamond and gemstone set versions appearing over the years. So it’s little wonder that there are some that have been given that MJJ twist, albeit with a far cooler and less ostentatious style. This one was commissioned by Stefan Savić.

Savić wanted his Royal Oak to have a military theme with plenty of personalisation and MJJ delivered. Using the Black Armour customisation as a basis, they then created a bespoke digital camo print especially for this watch. The pattern uses the shape of Montenegro as its inspiration, an homage to Savić’s home country. While die hard purists will mourn the loss of the Royal Oak’s signature Tapisserie dial, I actually think this customisation is pretty cool and the classic Royal Oak bezel and silhouette have been preserved. 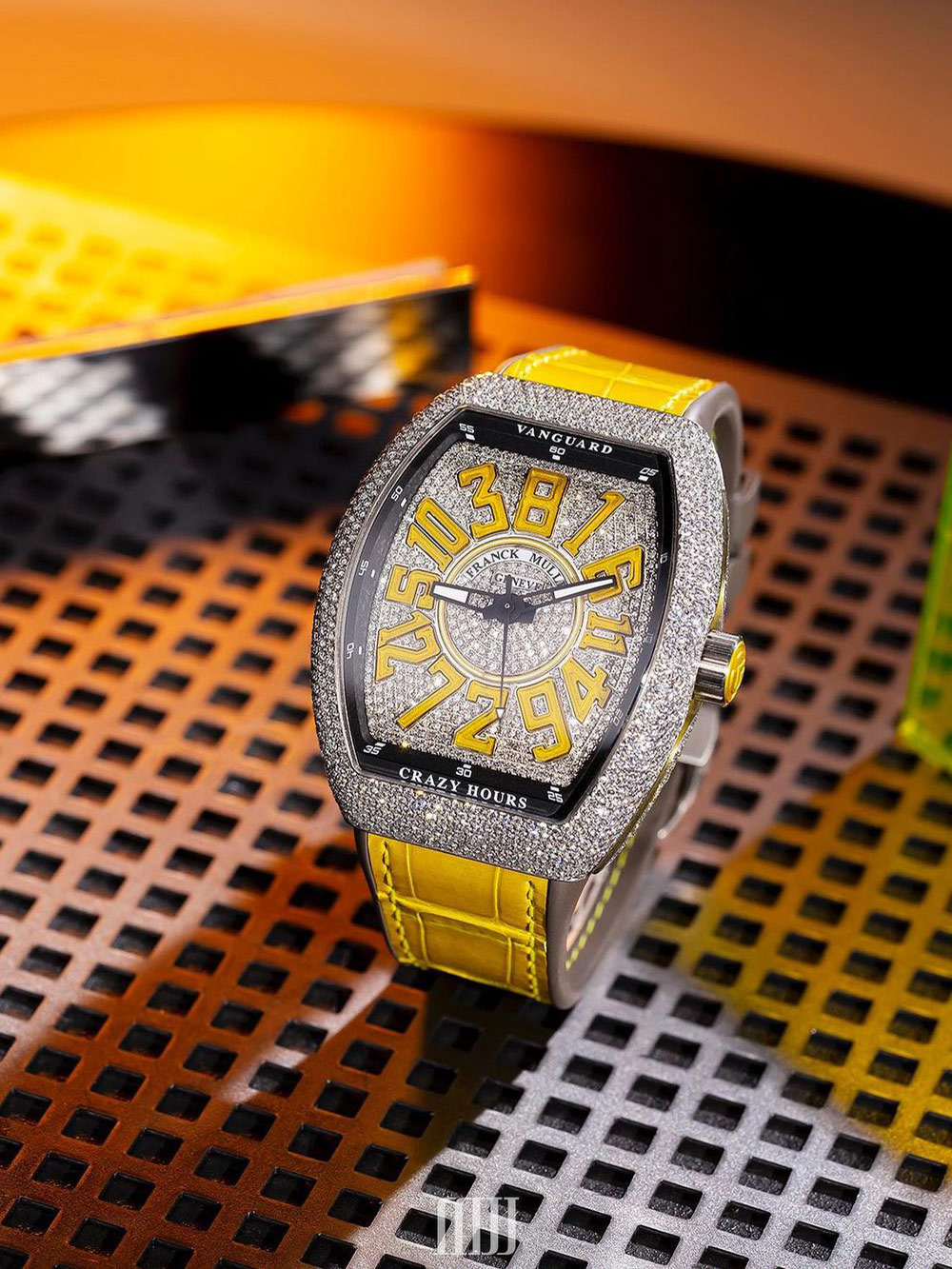 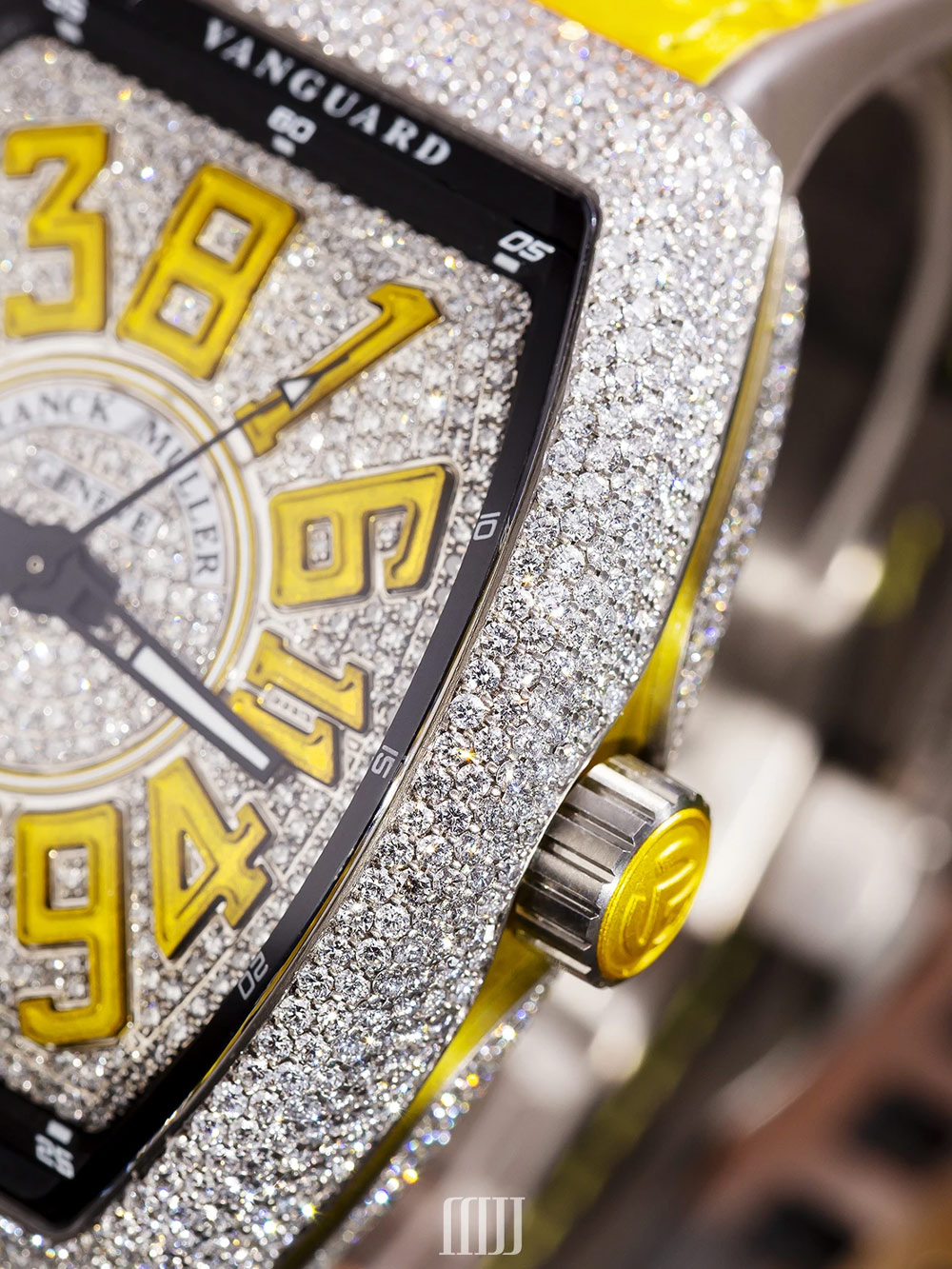 We started this list with an abundance of jewels and we’ll finish it with an abundance of jewels as well. This version of Franck Muller’s Vanguard Crazy Hours has had 1000 diamonds added to it to make it icier than a December morning. The Crazy Hours is a pretty insane timepiece to begin with and the addition of all those diamonds just makes it crazier, which it must be admitted feels apt for a timepiece with crazy in its name.

In order to preserve the watch’s classic look, the floating hour markers were removed from the timepiece and then reapplied over the jewels to ensure they remained a key part of the overall design. Who can you see with this bit of wristcandy? Xeka, a midfielder for Lille OSC.

To find out more about the watches featured here as well as the customisation services offered by MJJ Exclusive you can visit MJJ Exclusive where you’ll also find information about their extensive jewellery range. Alternatively check out their Instagram where they upload regular behind the scenes posts and in-depth walkthroughs about their more extreme commissions.

All watch customisations are performed at the private bespoke request of the client, and independently of MJJ Exclusive. Not in affiliation or official collaboration of the original brands but as a private request of the individual.