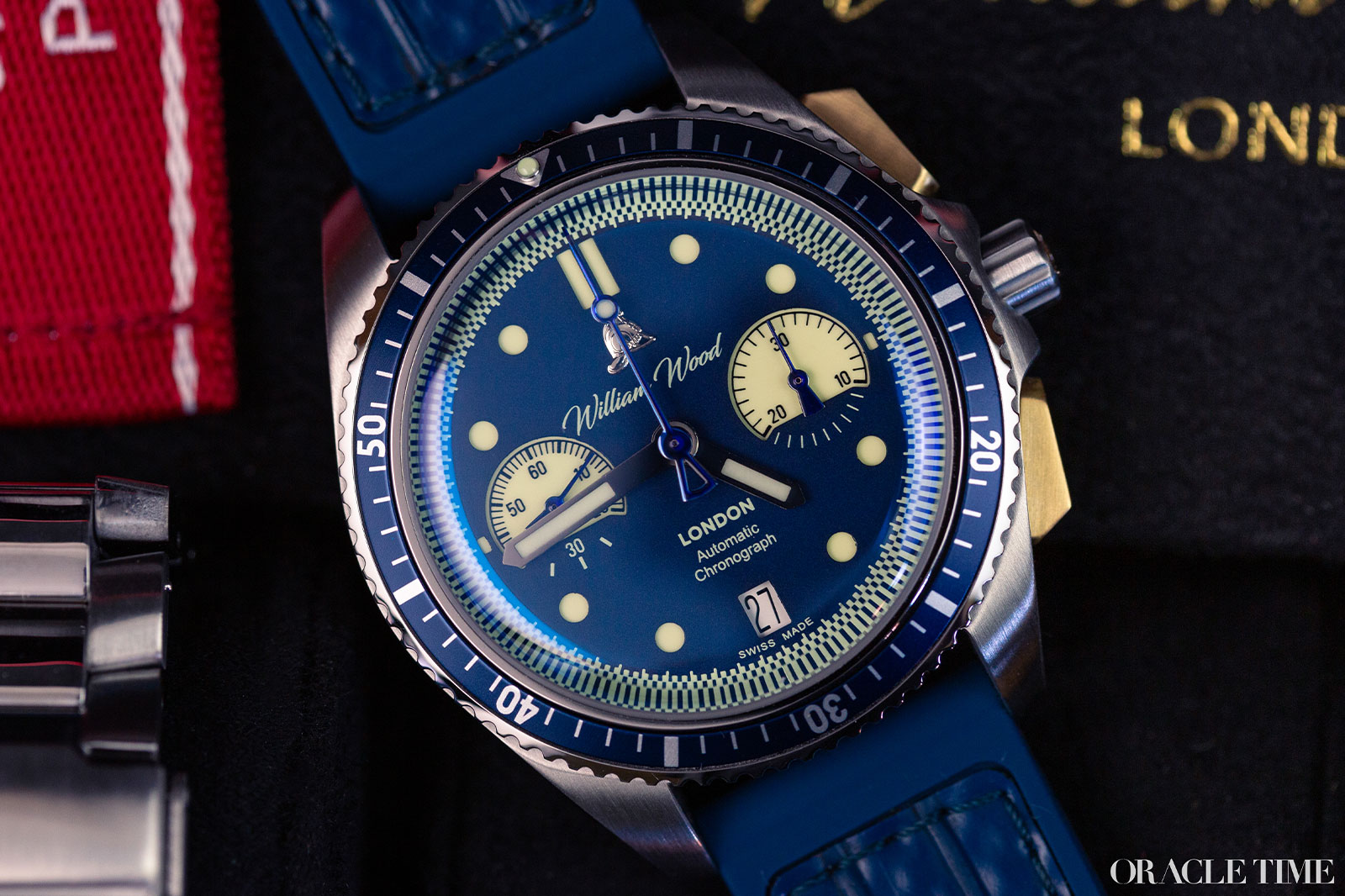 I’m not often a fan of watches that lean too heavily into a particular theme. Hints here and there are all well and good, but when every single detail is drawn from the same source it can come across as twee. One watch that skirted just the right side of that line for me is the Valiant courtesy of William Wood.

Odd as it was to see a tried and true dive watch inspired by firefighting – the least watery thing I can think of – the William Wood Valiant was, when released, a rather impressive watch. I don’t just mean the specs, which were fine for a diving watch, but there was visually nothing else like it.

Between the various firefighting touches on the dial and the upcycled fire hose straps that have since become William Wood’s signature flourish, it was incredibly distinct from the host of other microbrand divers out there – and now with the Triumph, it’s a distinction the British brand’s doubling down on. 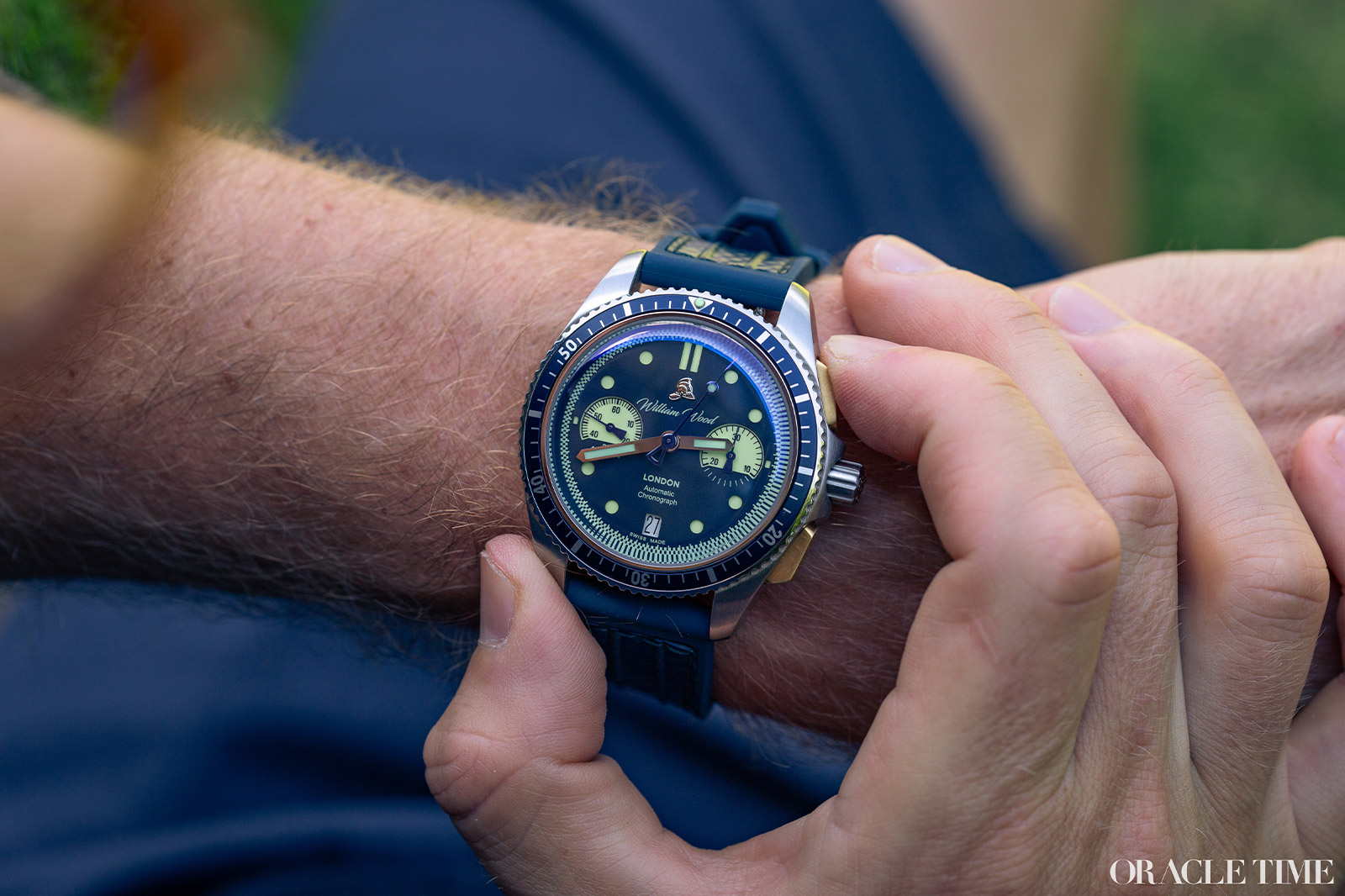 If you liked the Valiant, I don’t see any reason you wouldn’t love the Triumph. It ups the ante laid down by William Wood’s seminal watch in pretty much every way. First off, it’s available in three colours, Oxygen, Fuel and Heat (or if we’re being more prosaic, blue, yellow and red respectively).

The one we were sent is Oxygen, which uses a blue bezel in the same style as their earlier watches, complete with a matching second hand and its bell chime counterweight. Yet this being a chronograph, it’s joined by matching hands on the bi-compax subdials, modelled after pressure gauges.

Otherwise, the dial is incredibly legible thanks to its sandwich construction and circular cut-out indexes, hammering home – along with the diving scale bezel – that this is a dive watch design. It’s rated at 100m water resistance though, so be warned: no scuba. Finishing the dial is a chequered chapter ring taken from the side of a fire truck. 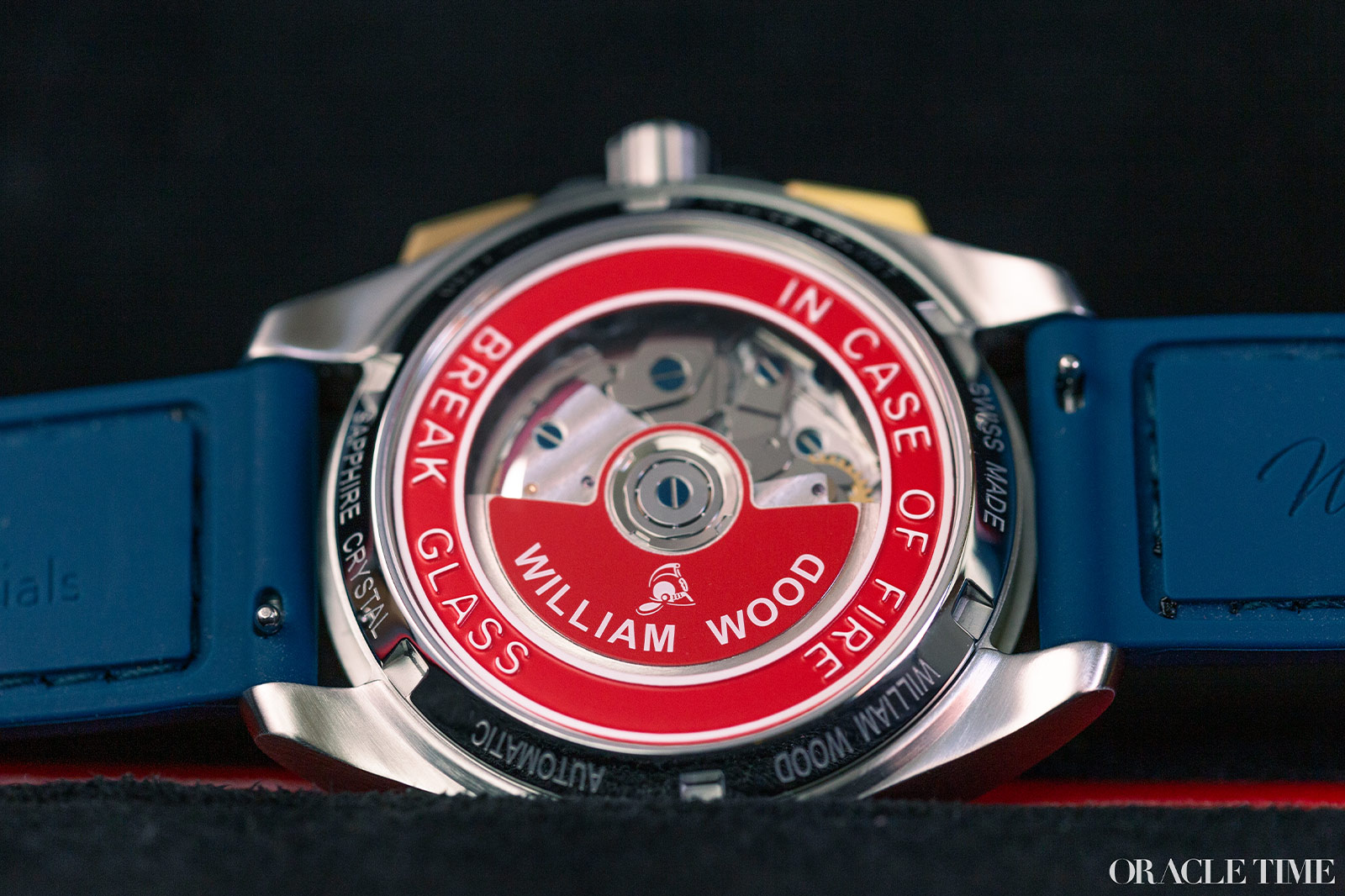 So far, so Valiant-with-subdials. But what really sets the Triumph apart is its chronograph pushers. Rather than anything subtle, William Wood have opted for big, blocky, muscular pushers plated with antique fire helmet brass. At first I didn’t really like the pushers, they’re just so… there. Now I can’t imagine the watch without them. And I’m pretty sure it’s not Stockholm syndrome. They have such a lovely feel and satisfying heft to them I’m still slightly enamoured.

The Sellita SW510 at the other end of those pushers is solid enough, with a 48-hour power reserve. It’s still worth looking at though, if only because of how the brand has done their exhibition caseback: Break Glass in Case of Fire, around the bright-red (think fire axe) rotor. It’s probably best you don’t take that advice though.

Now, I should probably talk about something I normally avoid in these kinds of reviews, if only because a lot of the time I get press samples which tend to come, shall we say, less than retail ready: unboxing. 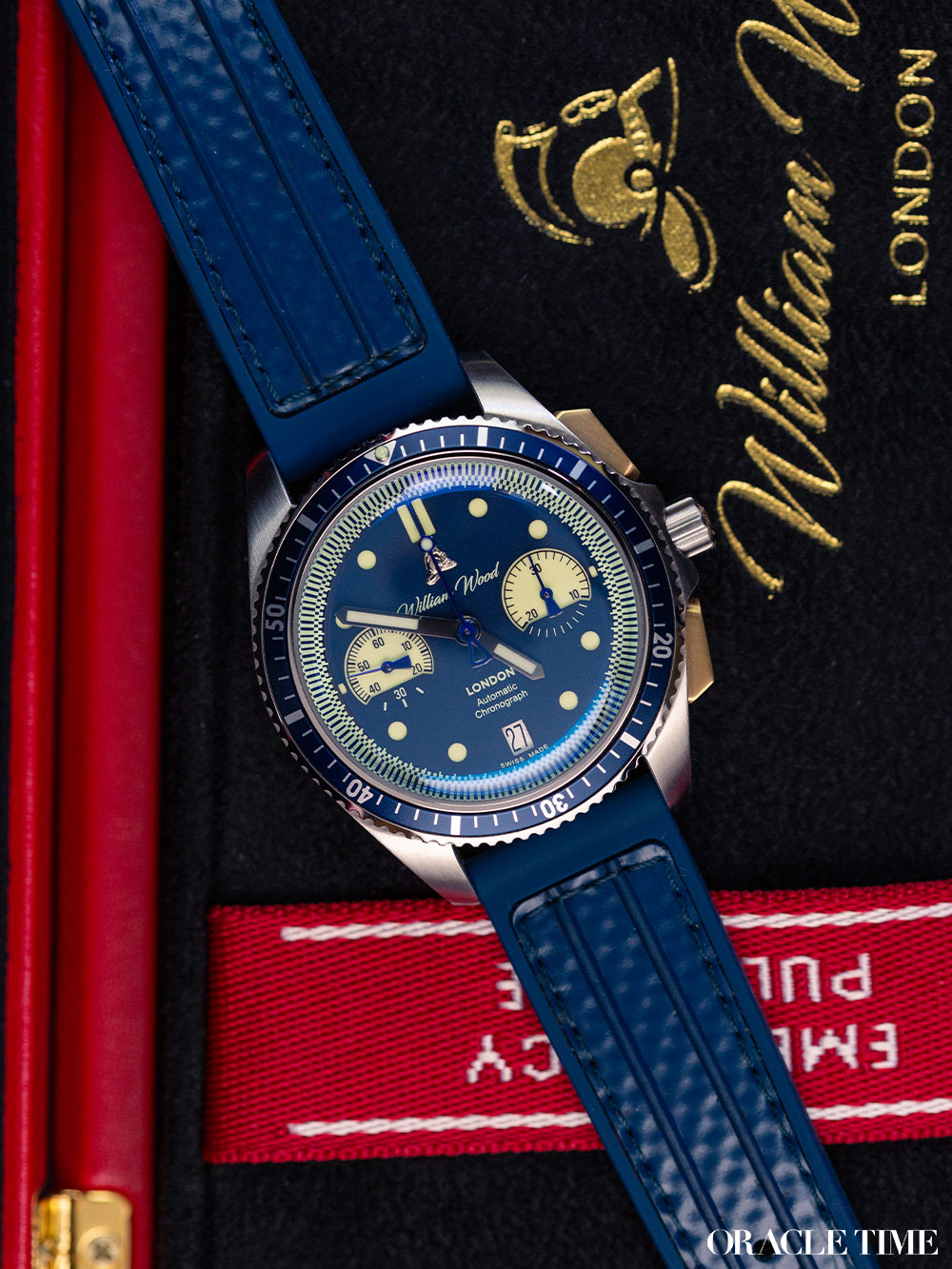 The Triumph on the other hand came in its sale packaging, which is incredibly fun. The box imitates a fire alarm, complete with the ‘break glass press here’ lettering across the front. You’ll have seen them plenty. You don’t need to break it to get in which is good as the watch box doubles as a travel case. Made from Italian leather, it contains two layers, the first of which can hold three watches – so the full set if you’re so inclined. Then there’s a pull cord to access a second layer underneath designed for spare straps.

It’s all very on the- nose, but it’s fun all the same. And that’s the same for the Triumph as a whole. It is a themed watch in the truest sense and every spare inch of its design has been leveraged towards illustrating William Wood’s firefighter connections. But it’s done well enough that honestly, I don’t mind. And if you have a burning love of firefighting, go for it – the Triumph pieces with all their literal bells and whistles will set you back just £2,150 each. No matter whether you judge it a triumph or not, that’s a price that’s hard to argue with.