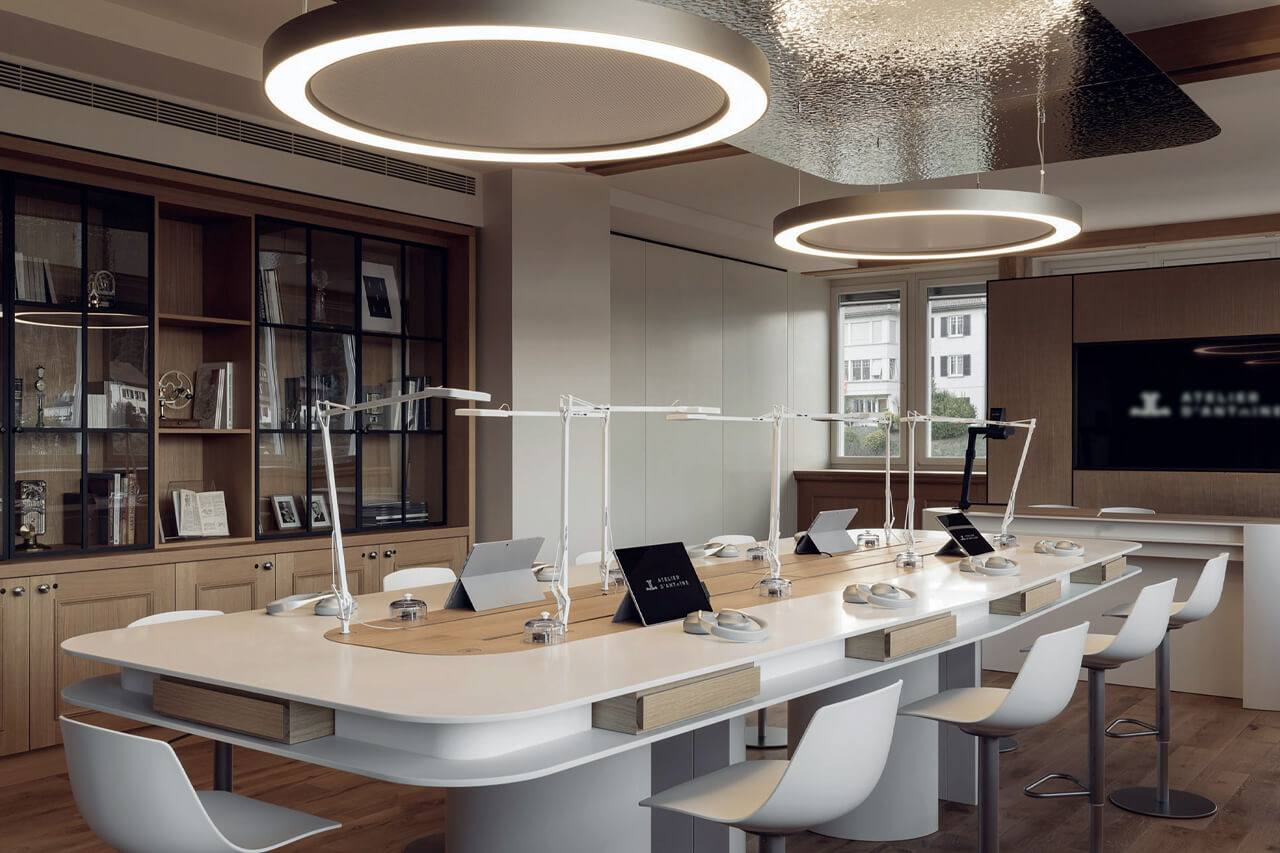 For the first time ever, the esteemed watchmaker behind the iconic Reverso, Polaris and plenty more are opening the doors of their Vallée de Joux facility to the public, and not just as your standard horological tourist trap. Dubbed “Atelier d’Antoine” after the maison’s founder, the bespoke experiences range from simple tours of the manufacturer to masterclasses and workshops from the watchmakers themselves. The first of these will be ‘The Sound Maker’, running from why a watch ticks all the way up to the intricacies of chiming complications. This is a pretty rarefied experience, so if you’re interested, you’ll need to pre-register at online-booking. The price is structured on a case by case basis, so don’t expect it to be cheap. 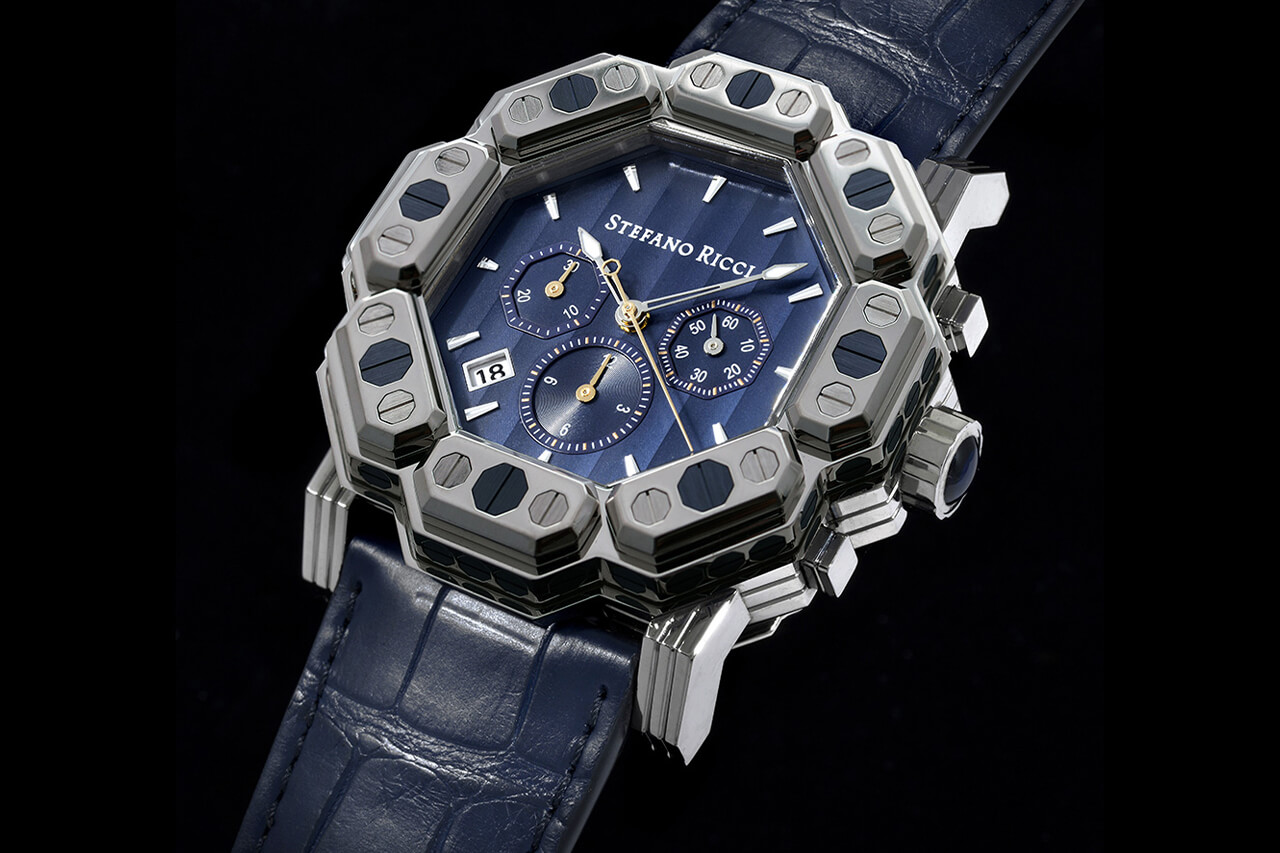 Florence has an impressive watchmaking history with the likes of Panerai hailing from the pretty Italian city. Now it’s the turn of luxury lifestyle brand Stefano Ricci who are throwing their hat into the horological ring in a big way with the Octagon collection. As the name suggest, the eight-sided shape makes up the Octagon’s striking silhouette, though don’t start thinking ‘Italian’ and ‘Octagon’ and coming to the conclusion that this is just a Bvlgari rip-off. Stefano Ricci’s take is bigger, bolder and comprised of some impressive complications, including a solid chronograph and annual and perpetual calendars. Combined with their bold, oversized, industrial cases and hinged casebacks, it’s safe to say that they’re certainly unique. Just not that subtle. 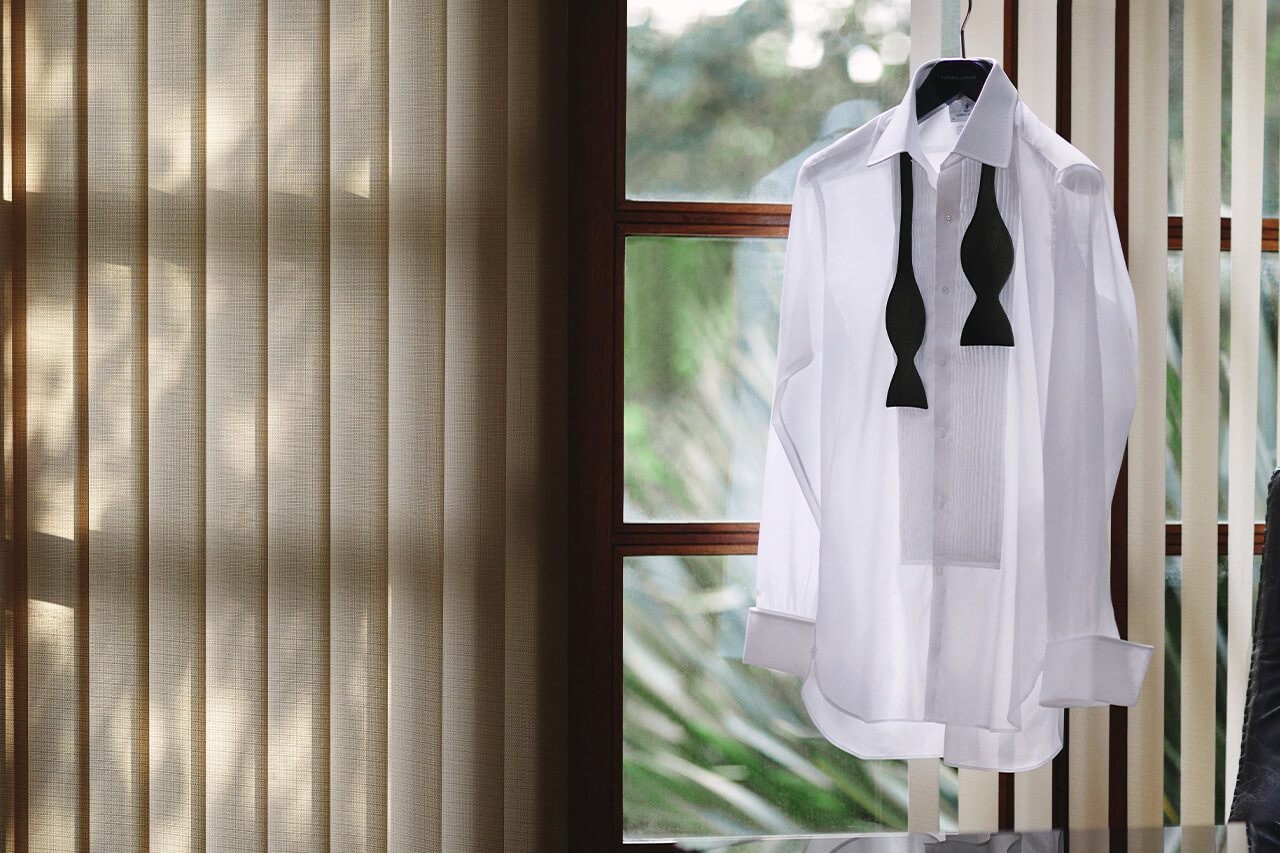 The latest instalment in the franchise may be on hold for now, but that hasn’t stopped the refined gentlemen at Turnbull & Asser paying homage to 007’s various appearances over the years with their newly expanded James Bond collection. The brand’s longstanding partnership with the films starts all the way back with Dr. No, and each piece in the collection is a tribute to superspy style from a specific release, such as the shirt worn by the late, great Sean Connery in the debut big screen Bond appearance (£225) or the one made for Pierce Brosnan in the oft-maligned Die Another Day (£350). Complete with a handful of ties from £120, the new collection is a fittingly British stylistic tribute to the least secret agent in the world.

View the full collection at Turnbull and Asser. 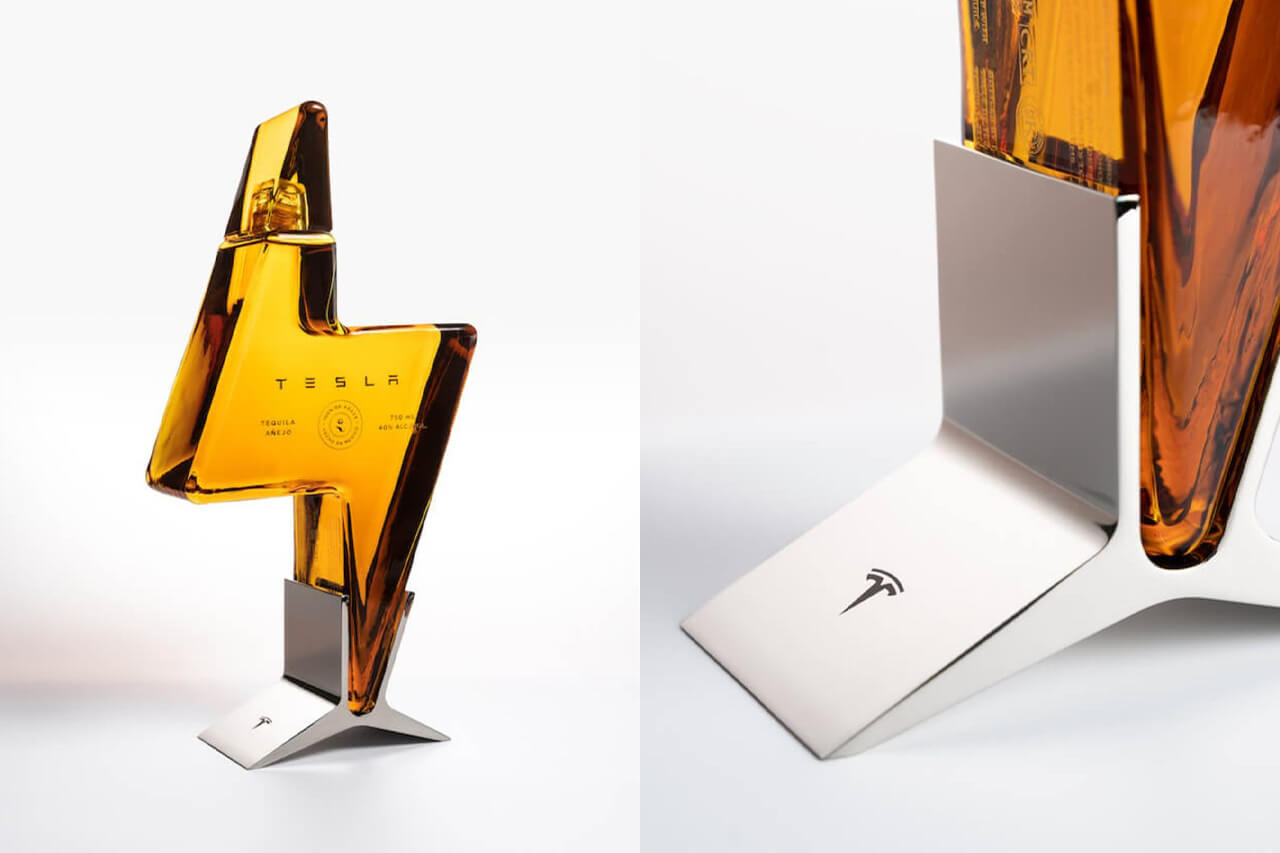 Between selling flamethrowers and firing one of his cars into space, Tesla CEO Elon Musk knows how to take a joke too far. Thus we have Tesla Tequila, the culmination of an April Fools’ joke from 2018 where Musk feigned drunken bankruptcy – and obviously it comes in a bottle shaped like a lightning bolt. Set into a stand to keep the thing upright, Tesla Tequila is very much placing itself at the premium end of the market, and not just for its modern art vessel. Produced by Nosotros Tequila (at least until Musk diversifies his portfolio further), expect “dry fruit and light vanilla nose with a balanced cinnamon pepper finish” for your $250. 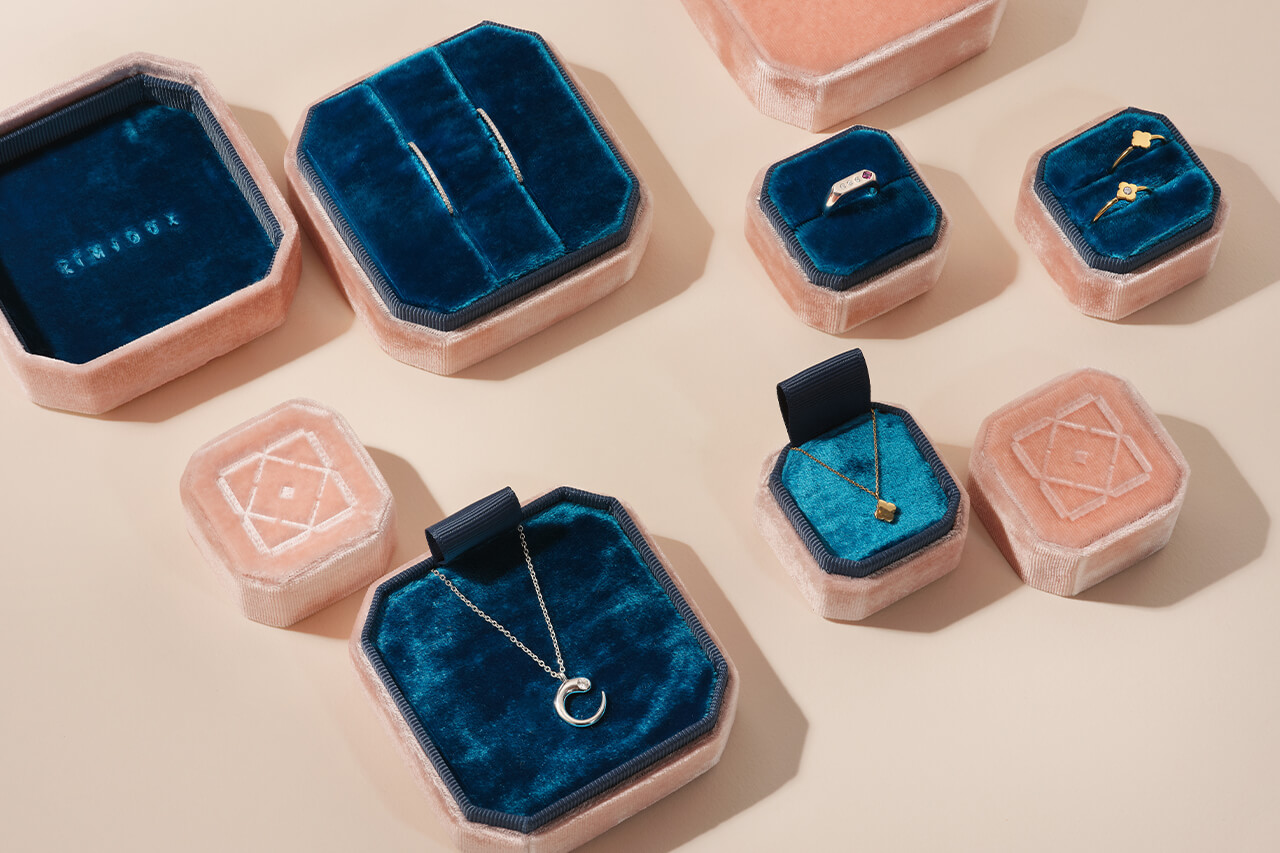 As of writing, heading to Bond Street for a spot of Christmas shopping isn’t really on the agenda and we don’t have our fingers crossed that by the time you’re reading this things will have changed. Either way, having someone take care of the jewellery buying is always a good idea. Enter Kimjoux and their new BBeyond gifting service. Under the auspices of Hanoian native, Trang Do, who cut her bejewelled teeth at the likes of Cartier and Graff, this is more than just personal shopping from afar. Kimjoux will include bespoke greetings cards, samples and whatever else you need to elevate a simple gift to an experience, whether that’s for the upcoming festive season or beyond.

Tiger of Sweden Plants Its Flagship in Marylebone 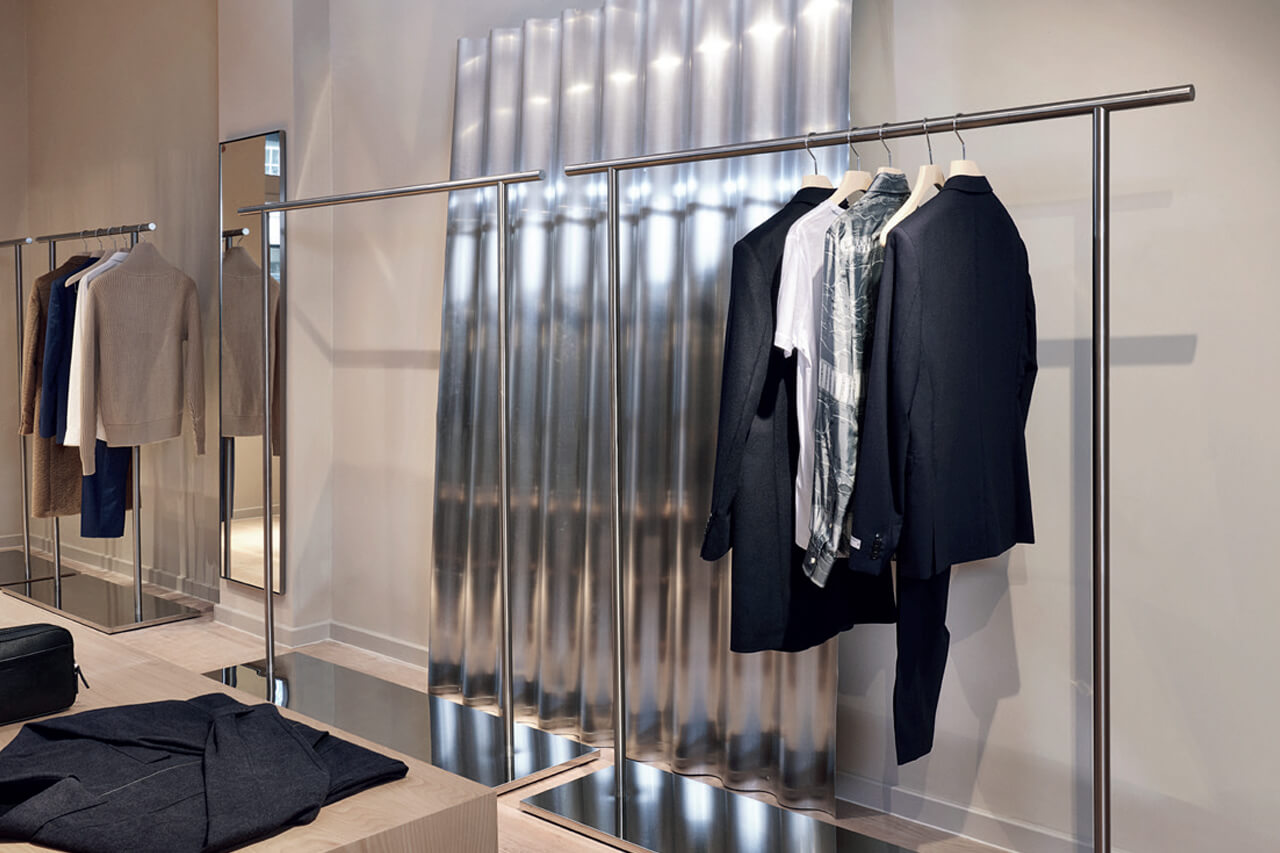 Originally founded across the North Sea in 1903, Stockholm tailoring label Tiger of Sweden has just opened its new flagship outpost in London. Splashed with yellow and blue accents (so far, so Swedish), you’ll find relaxed suiting and separates, mixed up with fuzzy knits, calf-skimming coats and fjord-beating boots. Set a course for Marylebone High Street ASAP.

More details at Tiger of Sweden. 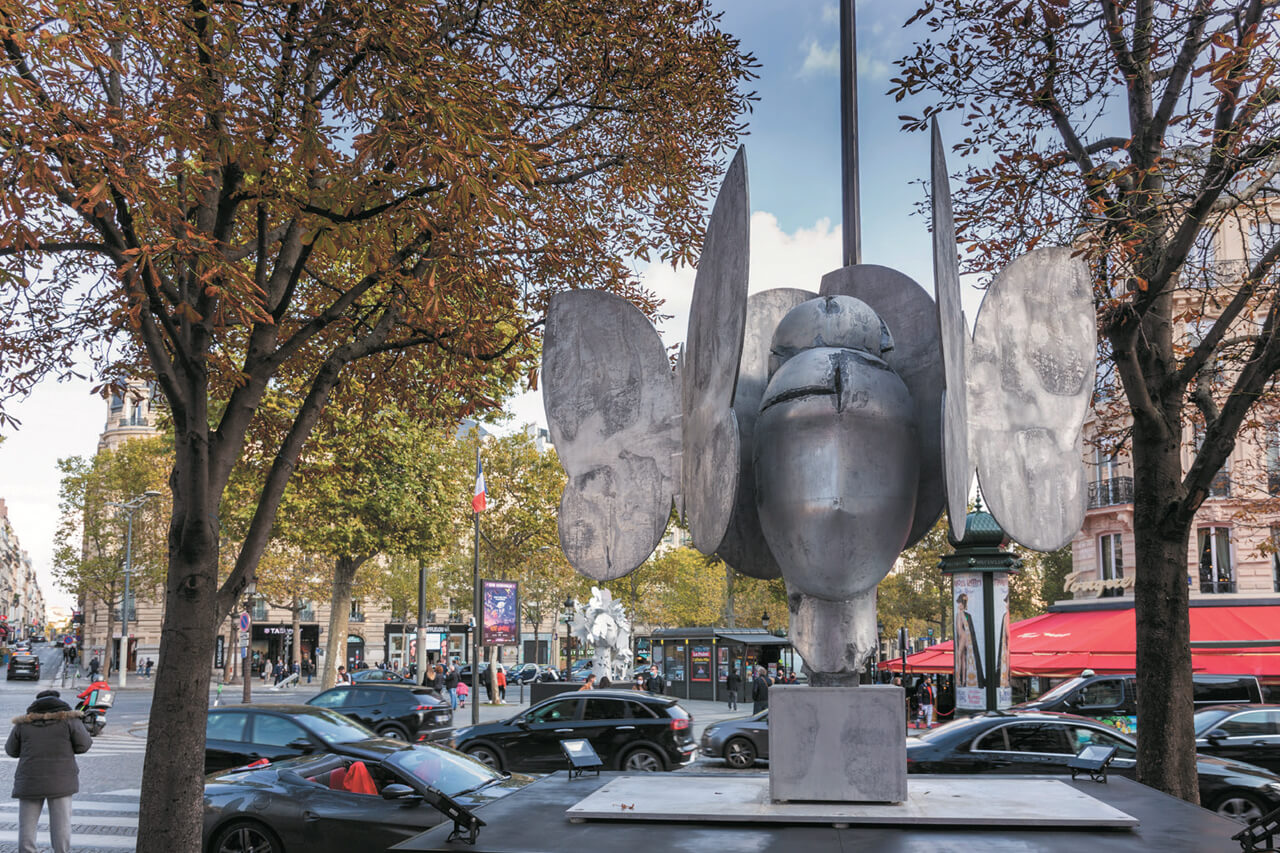 Paris’s Avenue George V is already about as prestigious as a luxury shopping street can get, but as of this month it’s getting an artistic angle courtesy of international contemporary art specialists Opera Gallery and lauded sculptor Manolo Valdés. For the first time Valdés’s monumental sculptures will be displayed publicly, lining the famous avenue and adorning the palaces and high-end boutiques from one end to the other.

If you’ve ever wondered why he’s considered one of the greatest living artists, then you can find out with a quick visit to Louis Vuitton, Lacoste or the Four Seasons. If you can’t get to Paris, which seems rather likely these days, you can also take a virtual tour of the outdoor exhibition at www.operagallery.com. Otherwise, you have until January 15th to explore the installations to your heart’s content.