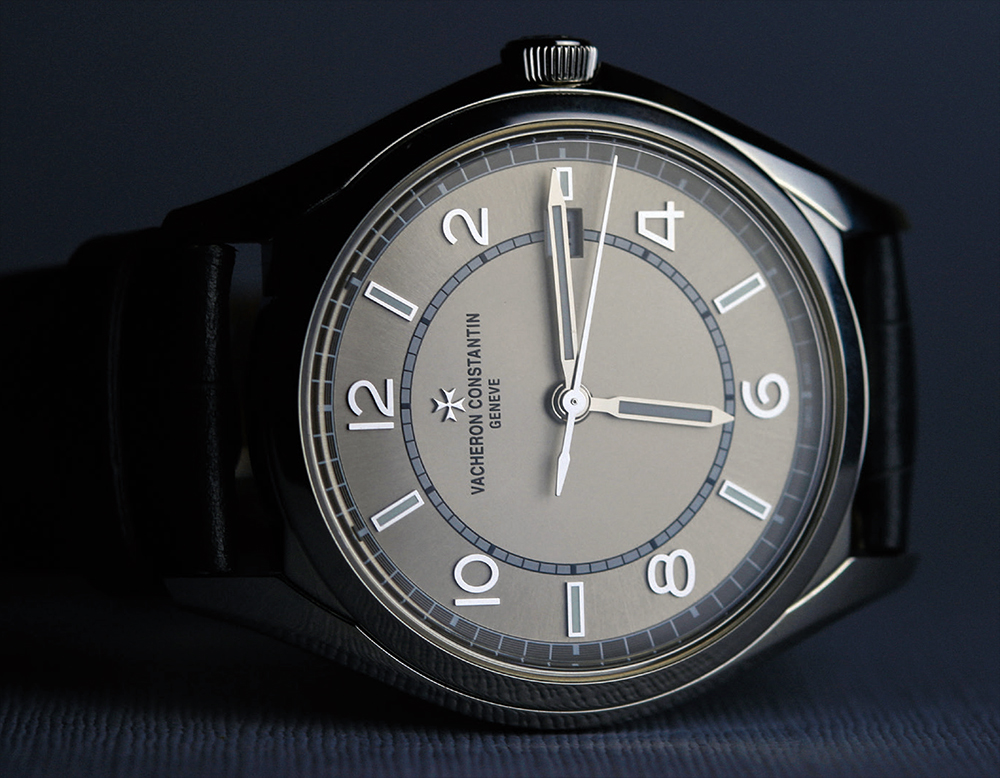 I love Vacheron, there, I said it. I don’t know whether it’s my inner Edwardian dandy, enamoured by the watchmaker’s usual classicism, or the would-be hipster that secretly likes them for the fact they’re not Patek Philippe.

Either way, getting on my wrist one of the most important pieces Vacheron has done in recent years… well, that was damn cool. Part of that was that the FiftySix collection isn’t actually released until September, but it’s more that here’s a Vacheron I can actually buy for myself. 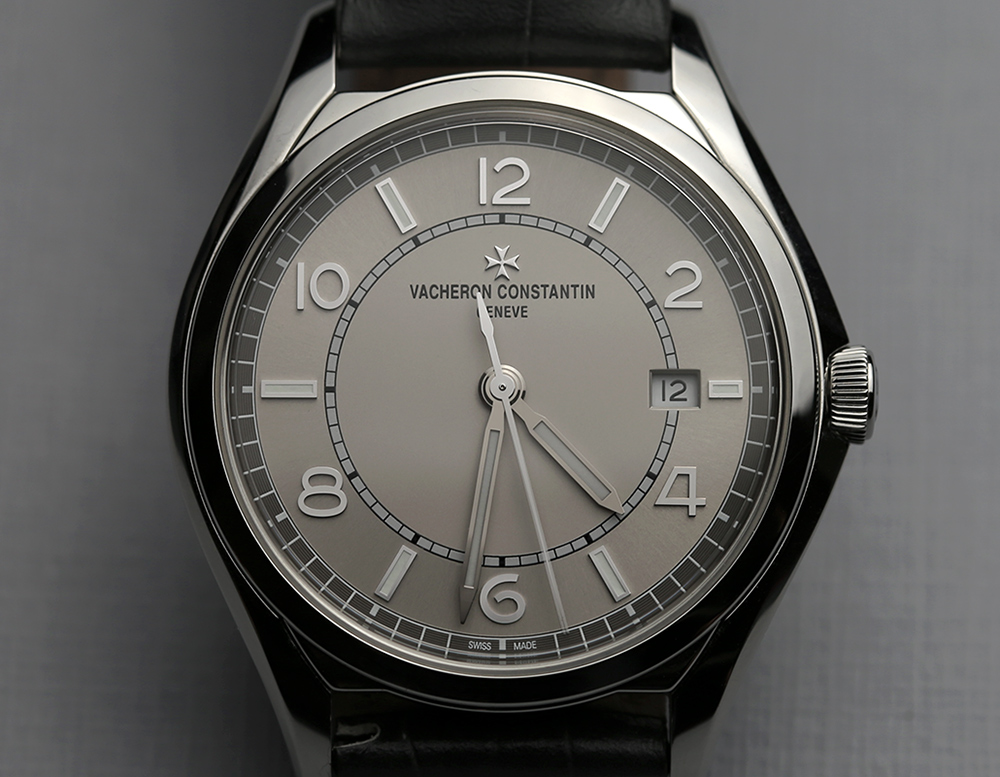 Their new entry level steel version is a not insignificant £10,500, but marks a tentative step towards accessibility for the world’s oldest (continually operating) watchmaker. That said, it’s still a Vacheron; it’s ‘entry level’ in the same way as the McLaren 570. Yes, it’s the bottom of the marque’s pricing pyramid, but it’s still a damn McLaren.

It’s no surprise then that even in steel the FiftySix is unmistakable as a Vacheron Constantin. Everything is flawless, whether it’s the satin-finish dial and applied indexes or the rose gold rotor that winds the caliber 1326. The dial layout and size aren’t a world away from the Tradionelle collection, but Arabic numerals on the compass points add a necessary pop of… something, anything to a dial that’s normally over-retrained.

The case is a nice departure too, with the sloped shoulders transitioning lugs to case in one fluid motion. It’s a more unusual silhouette and one that gives the FiftySix its own personality without overcomplicating its classical simplicity.

That simplicity is at once its key success and its downside. On the one hand, it lets the finer details speak for themselves and makes it work for most occasions. On the other it doesn’t really set the world on fire. Anyone that knows their watches will give it a knowing nod of appreciation, but the general public probably won’t give it a second glance. 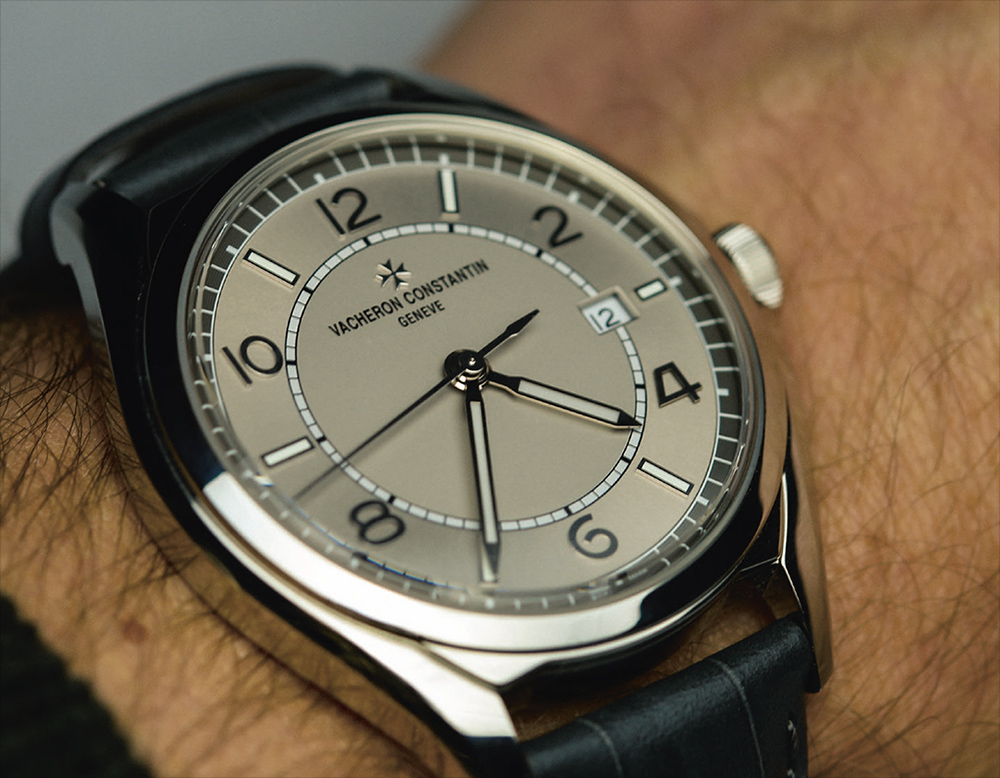 It’s a strange reversal really that the biggest business statement by Vacheron, the watch most intended to hit that younger crowd, is the one most likely to go under their radar. There are other, more noticeable pieces in the collection of course, covering a multitude of complications, but they’re part and parcel of what Vacheron does.

I didn’t mind that personally; aside from the occasional waistcoat I’m not the biggest peacock in the world and prefer to keep things understated. If you want something flashy though, you’d best look elsewhere. The steel FiftySix is self-assured rather than flamboyant. It doesn’t need to shout when its voice oozes sexy sophistication. 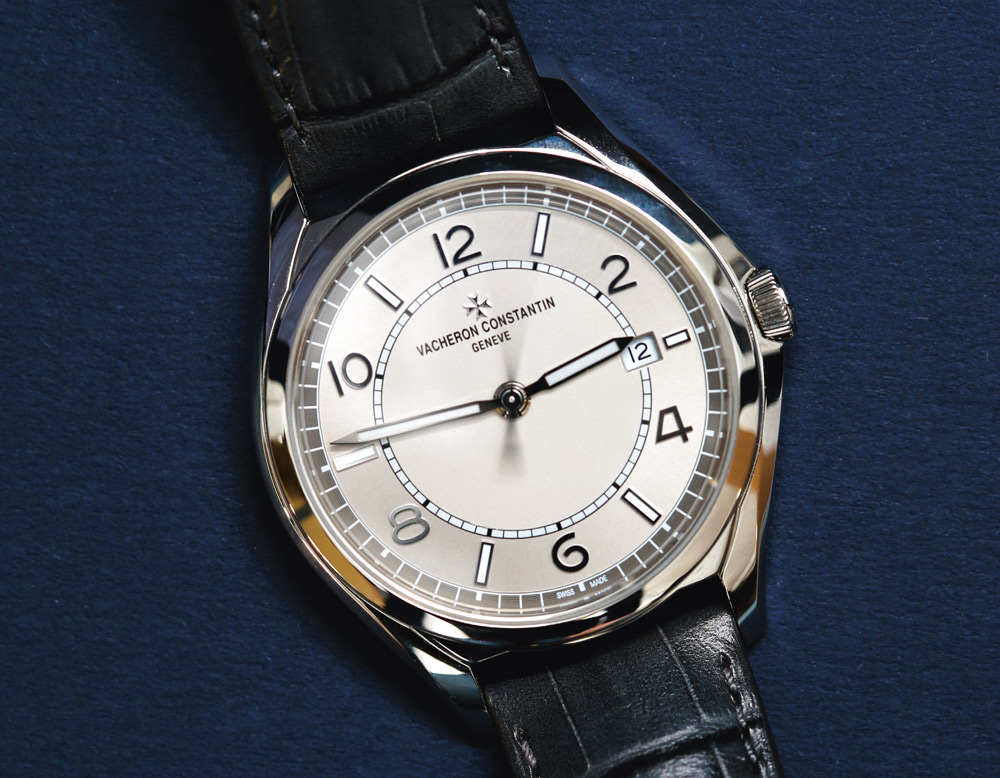 Is it going to attract a whole new generation of Vacheron owners? Probably not. Will it help them finally eclipse Patek Philippe? Again, probably not. But is it where Vacheron need to be? Definitely. And hey, I’ve got until September to stump up the money; best put my name on the waiting list.

What to wear: Understated elegance is the name of the game here, meaning a well-tailored suit in a darker colour to avoid too much grey. You might want a pop of colour though, as you wouldn’t want to appear too restrained.

Where to wear it: A charity gala. You want to wear something that shows you know quality and can afford to be there without being too obviously expensive. The FiftySix does both – and lets you know when you should get ready for the silent auction.