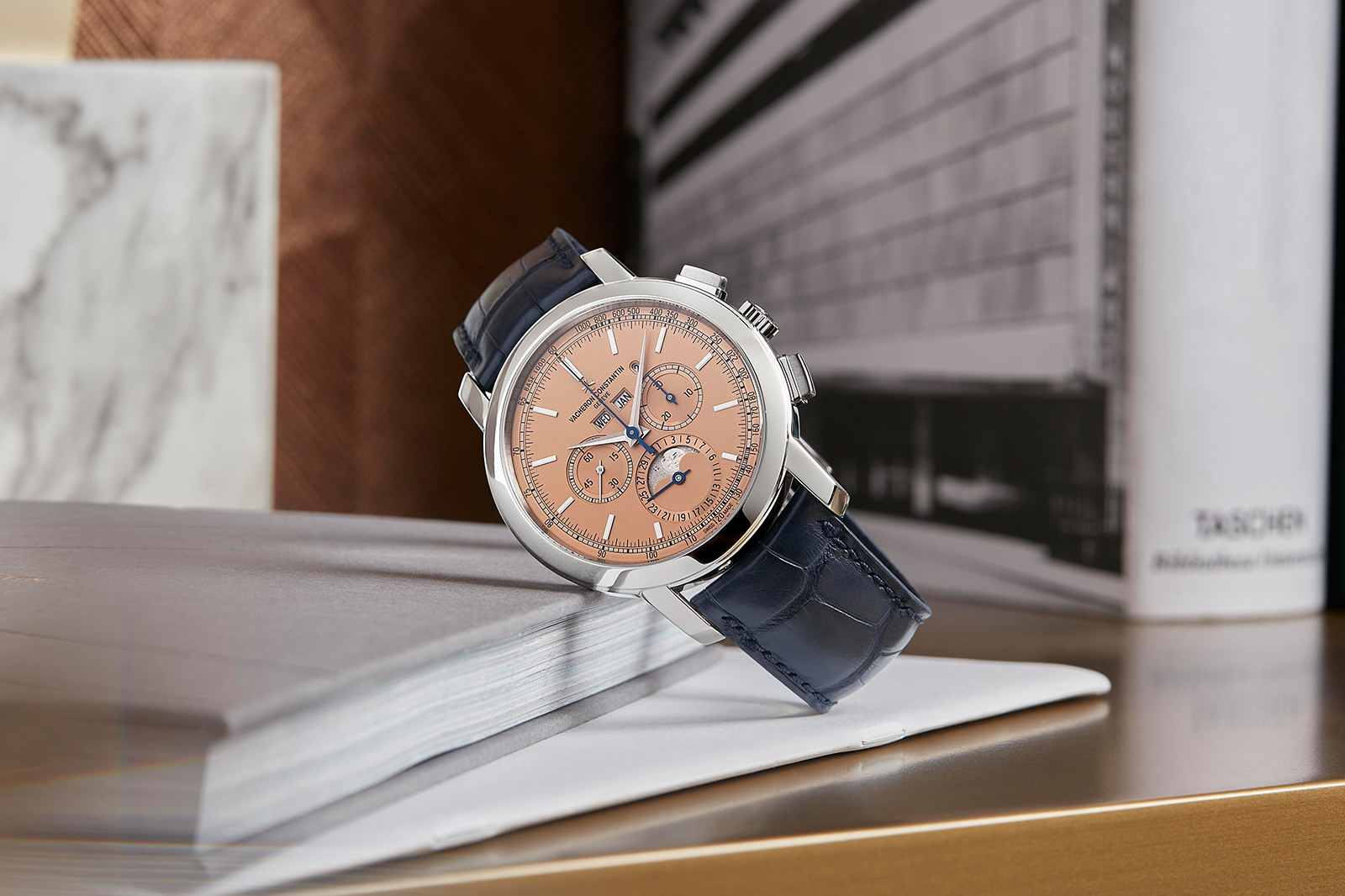 Special editions are a blessing and a curse for most collectors. On the one hand, they lead to some of the most collector-centric releases available; on the other they are, by their very nature, a limited thing. Even if they’re not strictly a limited edition, they can often be of limited availability. This is the same across things like pieces only available for a certain time, from a certain retailer or, as is becoming more common, a watchmaker’s own boutique.

That’s not necessarily a bad thing of course; it allows plenty of brands to try new things without having to commit to a big, global launch and, when it comes to the upper echelons of watchmaking, doesn’t necessarily limit things all that much. 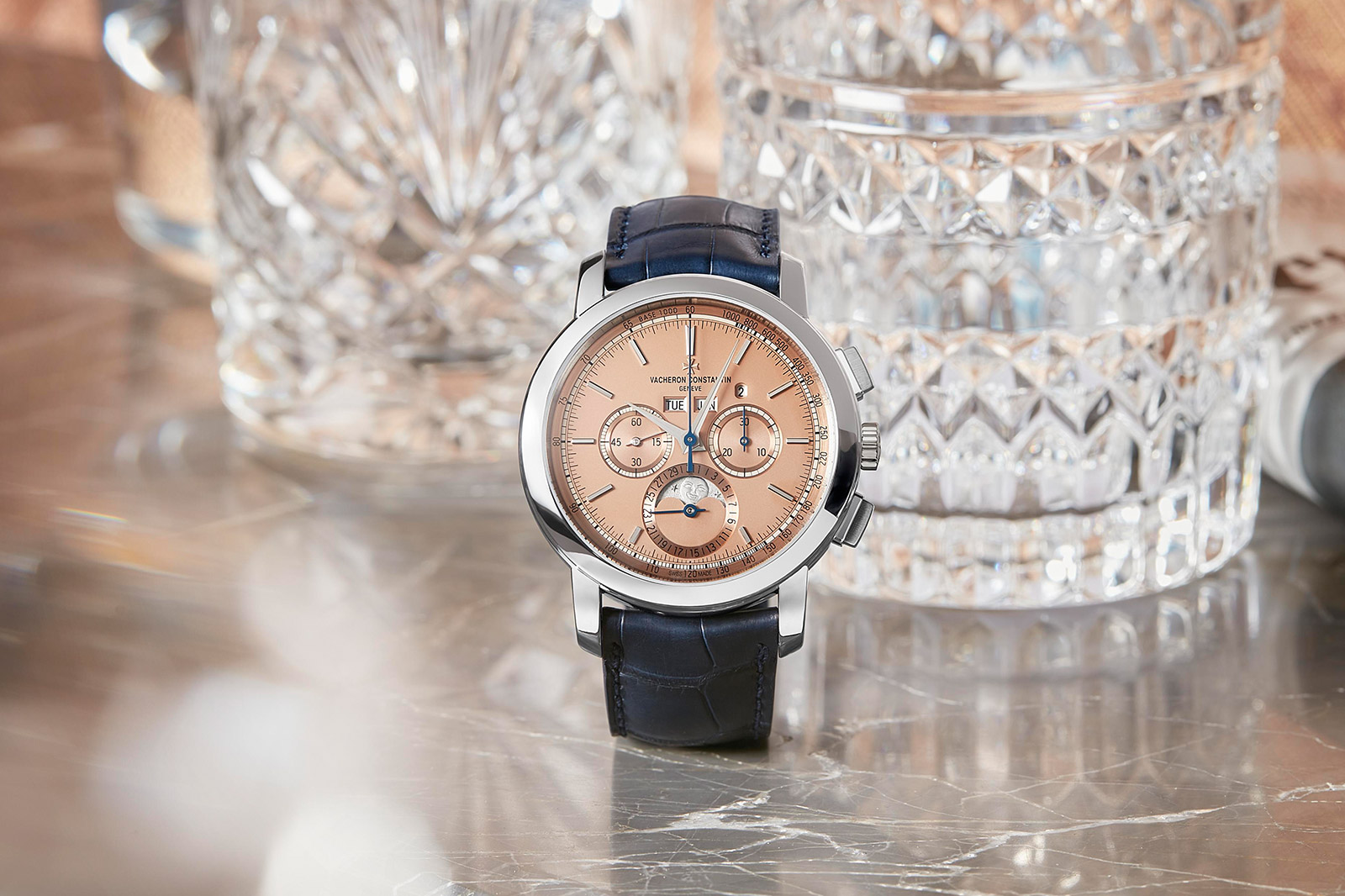 Take, as an example, Vacheron Constantin’s ongoing Excellence Platine editions. They’re staggeringly beautiful – especially last year’s Traditionnelle Split- Seconds Chronograph Ultra-Thin, a luxuriously monochrome take on the ultimate racing chronograph. Throw in a few blue highlights and you have the formula that Excellence Platine has been following since 2006.

Beautiful as the Split-Seconds was however, a 15-piece limited edition is rarefied to the point of not really existing. The chances of spotting one in the wild are lower than a Tiffany Blue dialled Nautilus, particularly if, like me, you count Jay-Z as a close personal friend. Monochrome isn’t to everyone’s taste either, no matter how luxurious a take on the style it is.

So, we now have the Traditionelle Perpetual Chronograph in platinum once again, but with a salmon dial.

It’s not exactly a ground-breaking combination in a historical sense. Vacheron alone have a fair few vintage pieces with salmon dials, occasionally popping up in their own curated archival collection. It’s not even particularly earth-shattering now, given the renaissance of rose, pink and whatever you’d like to call them dials from every brand harking back to the good old decades of haute horology. 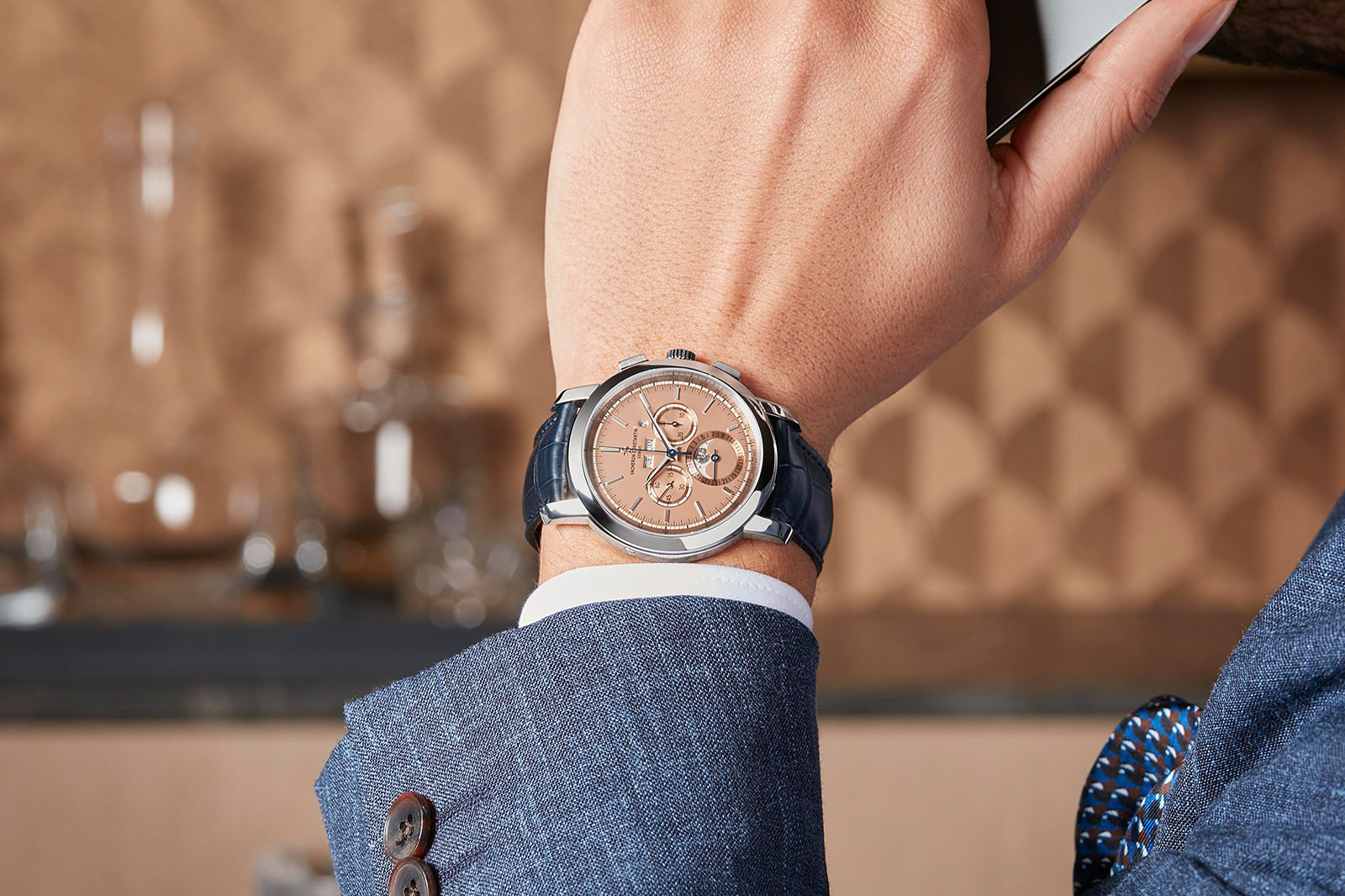 But despite what overhyped, breathless news pieces will tell you, a watch doesn’t need to break the mould to be desirable. In this case, I’d say quite the opposite. Indeed, this isn’t the first time recently Vacheron has tried it out the combination for themselves. In 2019 they produced a salmon-dialled Patrimony model specifically for the Middle East. It was lovely, of course, as it’s hard to go wrong with the Patrimony’s minimalist aesthetic.

Evidently it struck a chord because the new version isn’t market restricted, making it a good deal more accessible (at least when it comes to getting your hands on one, rather than price). More importantly, if there’s one collection that was crying out for the combination, it’s the Traditionnelle.

And so it makes sense that, in looking for the foundation for what could become an annual edition, Vacheron turned to this timepiece – and what a timepiece it is. 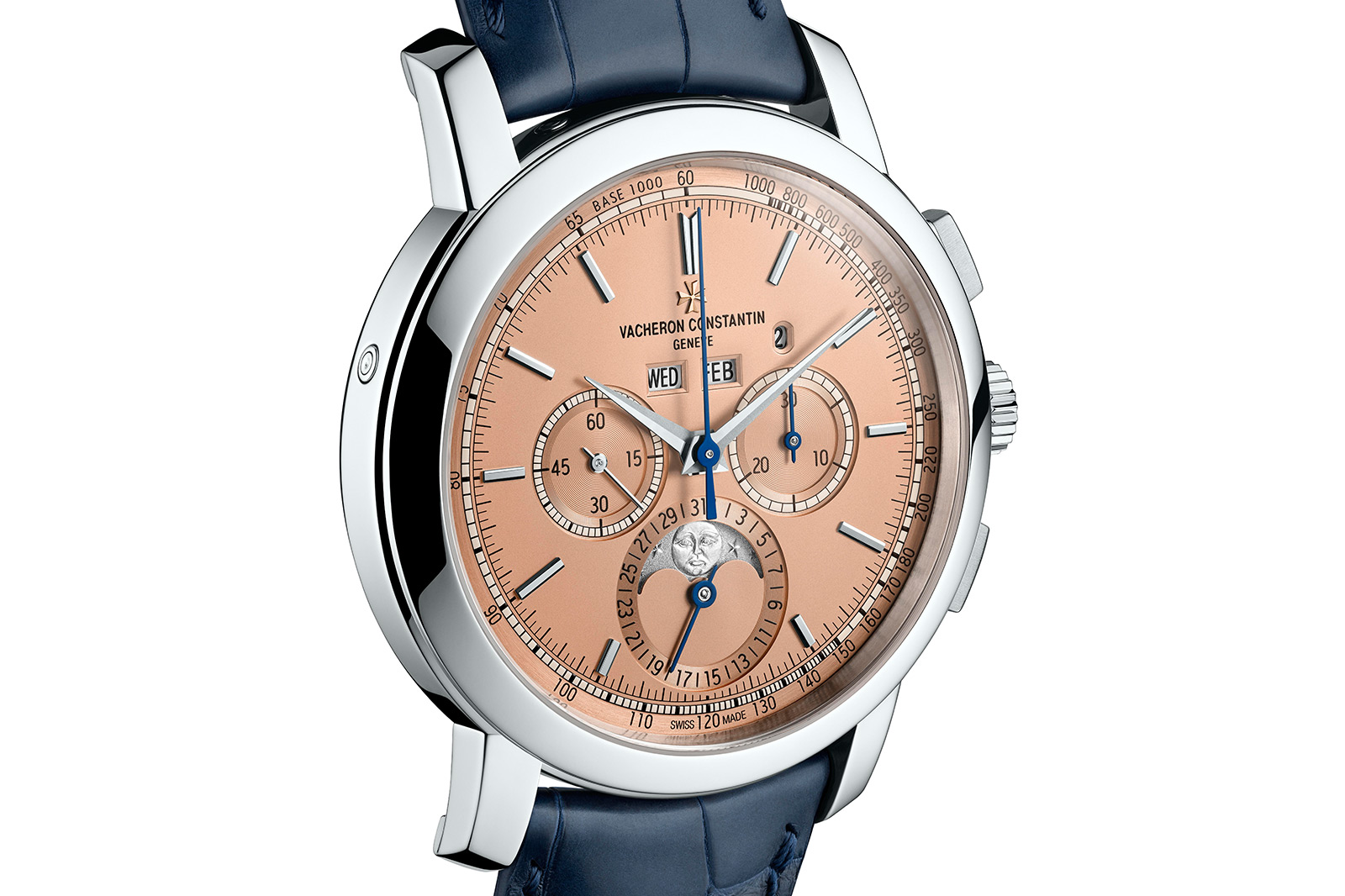 Perhaps a touch more technical than I was expecting from the collection, it’s the halfway house between a racing chronograph with its technical tachymeter scale, and a classical perpetual calendar. The calendar indicators are flawlessly integrated into the chronograph features, with the day, month and leap year in windows just above the centre of the dial, and the date and moon phase in a subdial at six o’clock. That technically makes this a bicopax chronograph, if the salmon dial wasn’t charmingly retro enough already. There’s a lot of information on the dial, but it’s wonderfully clean and legible.

More than that however, it’s incredibly well-finished, even by Vacheron’s standards. It represents what the maison is calling their ‘anatomy of beauty’ concept, which in shorthand is all about kicking the details into overdrive. That includes snailing across the subdials of course, but also a new moon phase in platinum, with alternating polished smiling and melancholic faces like a 19th century thespian against a frosted backdrop. Even the Maltese Cross has been updated, now faceted and with an alternating polished and sandblasted finish. It’s a lot. 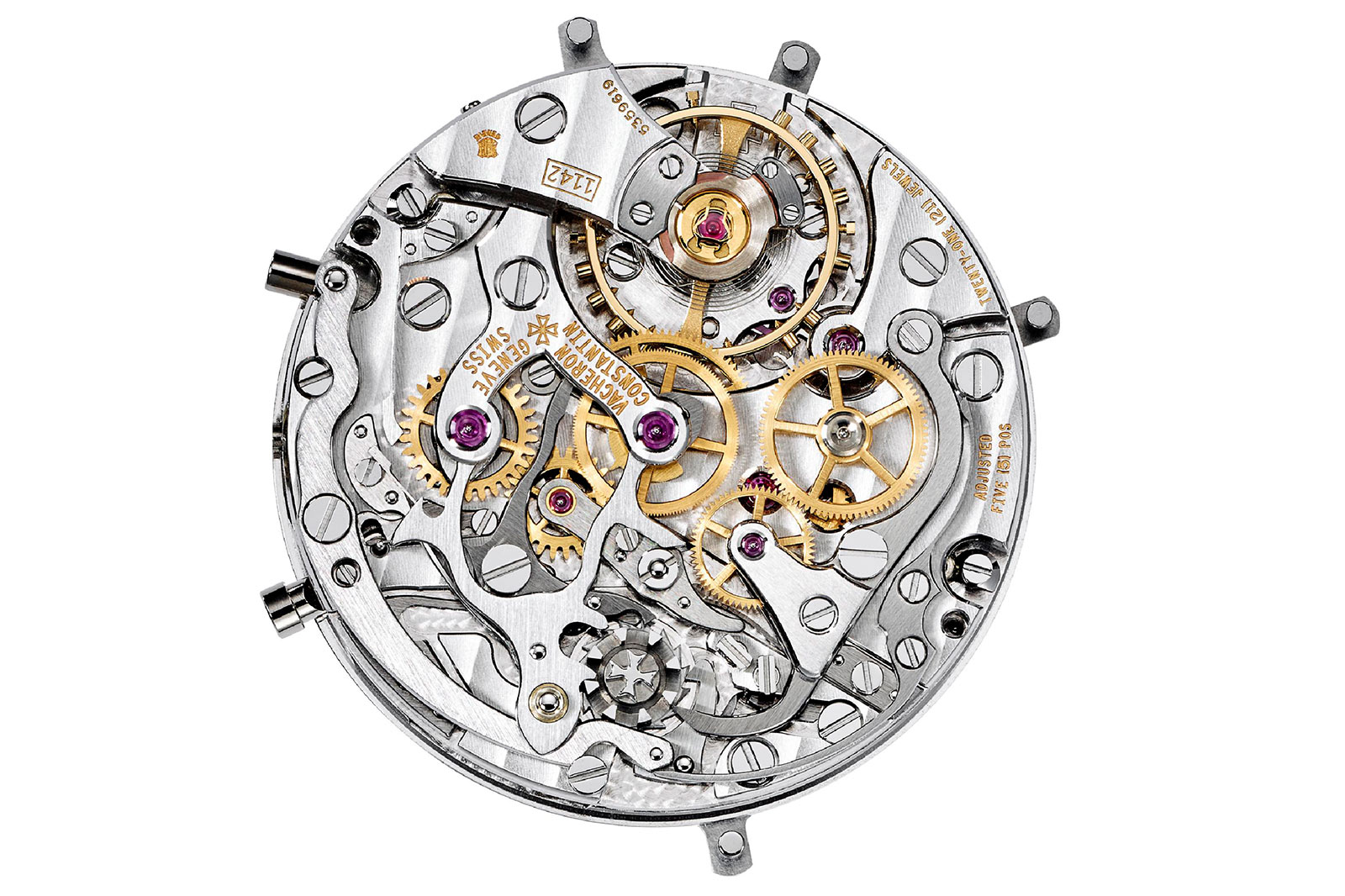 Powering the entire thing is a remarkable movement, the calibre 1142 QP. It’s actually a movement that dates back to the 1940s and can be found in many a prestigious Vacheron models with its column-wheel chronograph. Though in this instance it’s been joined by the perpetual calendar function, it’s still very much a vintage calibre. That means a 48-hour power reserve rather than anything higher, but it’s worth it if you’re tempted to flip the Traditionnelle over. Needless to say, Vacheron’s ‘anatomy of beauty’ is plenty present there. 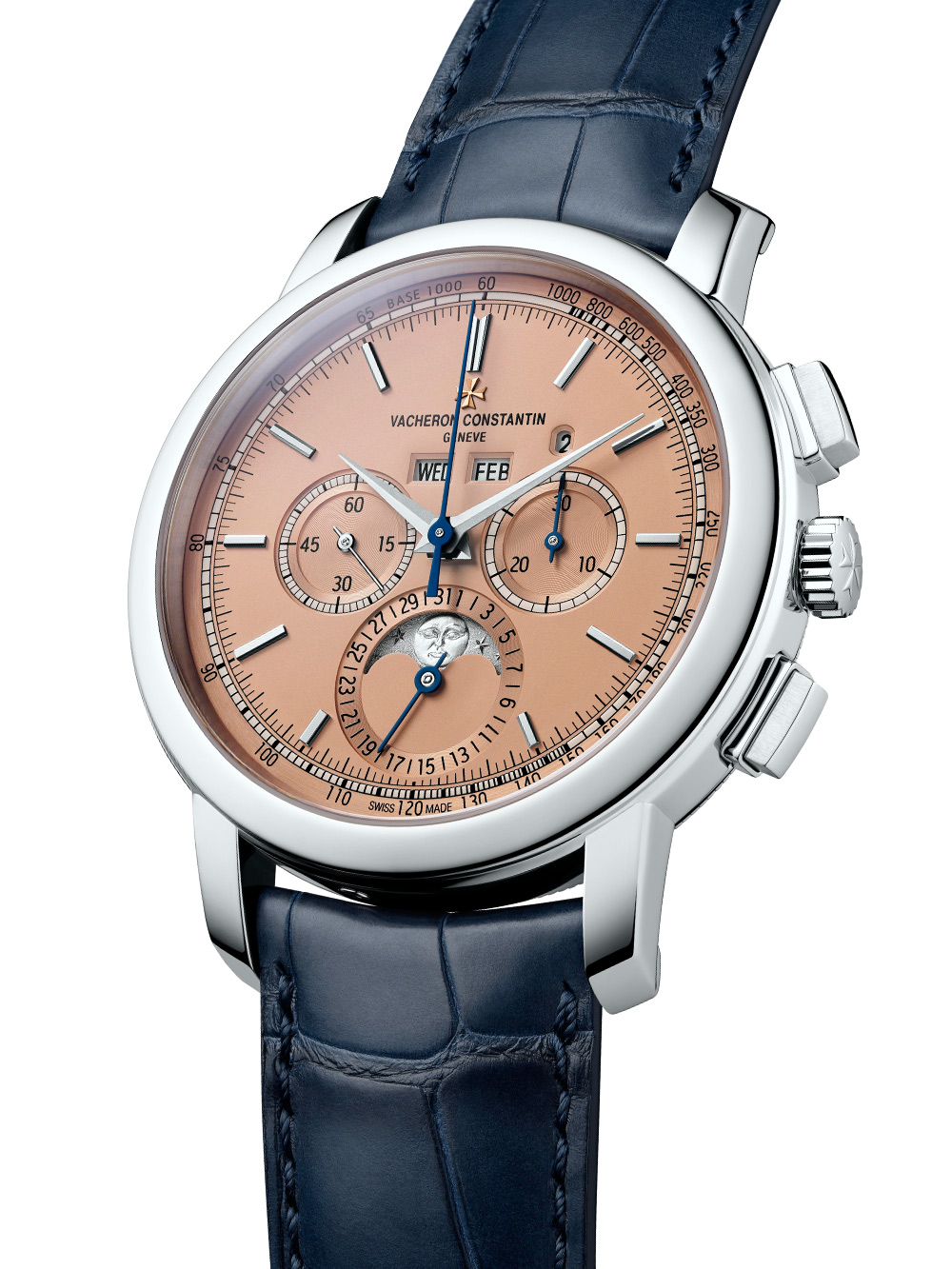 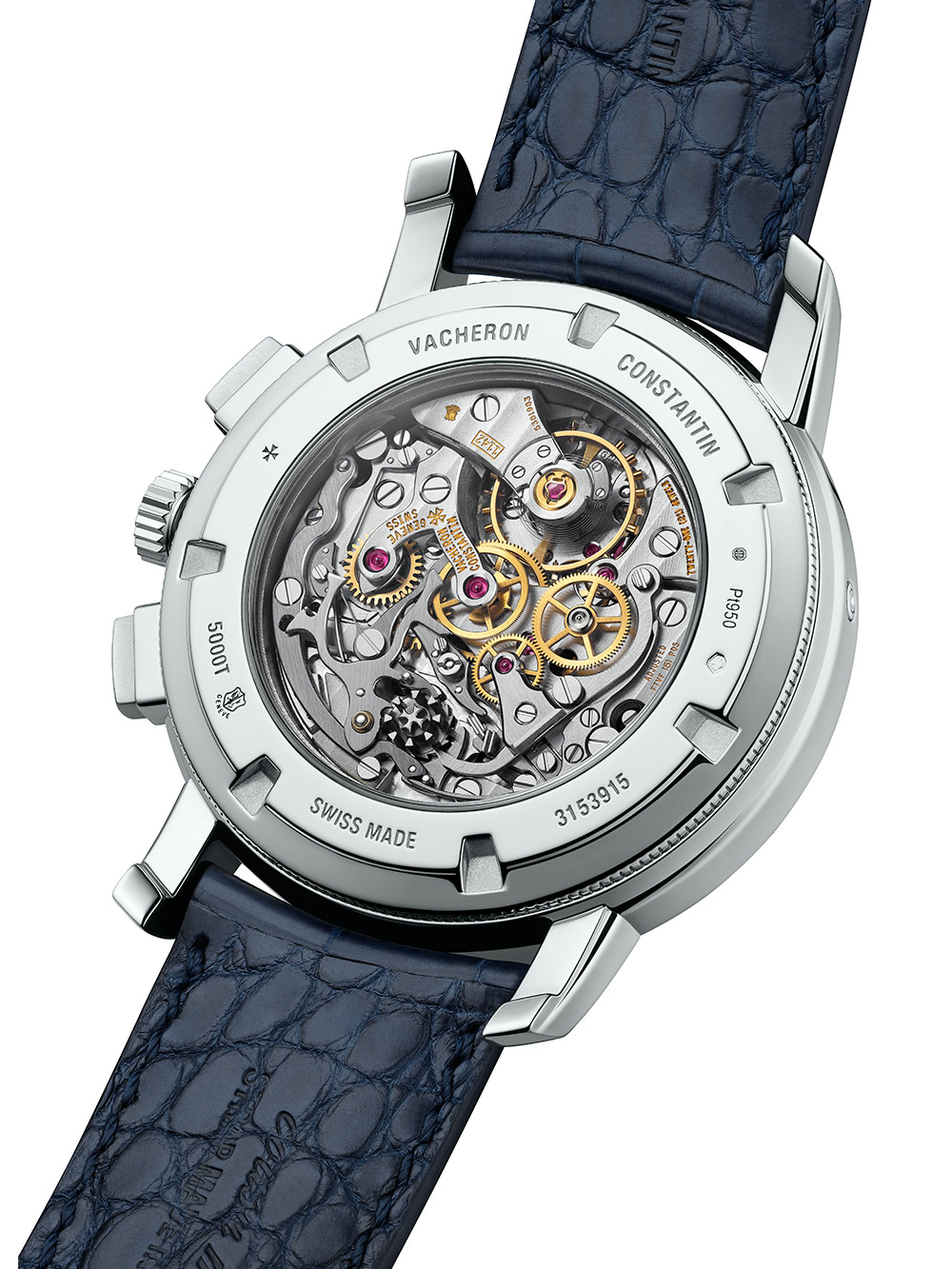 This isn’t the first time we’ve seen platinum and salmon on a Vacheron and it won’t be the last. As I said, this seems to be the start of a new annual initiative from the world’s oldest (continually operating) watchmaker and one that I have very little doubt will appeal to collectors, both Vacheron’s own and lovers of this kind of classical beauty.

The only downside is that the Traditionnelle Perpetual Chronograph, with its salmon dial and fine details, will have limited annual production. Exactly how many that will be is still up in the air – I’m writing this far in advance of the timepiece’s Watches & Wonders launch – but I can’t expect Vacheron will build all that many. Between the vintage movement and the excessive finishing, a blockbuster this is not. It is, though, beautiful.