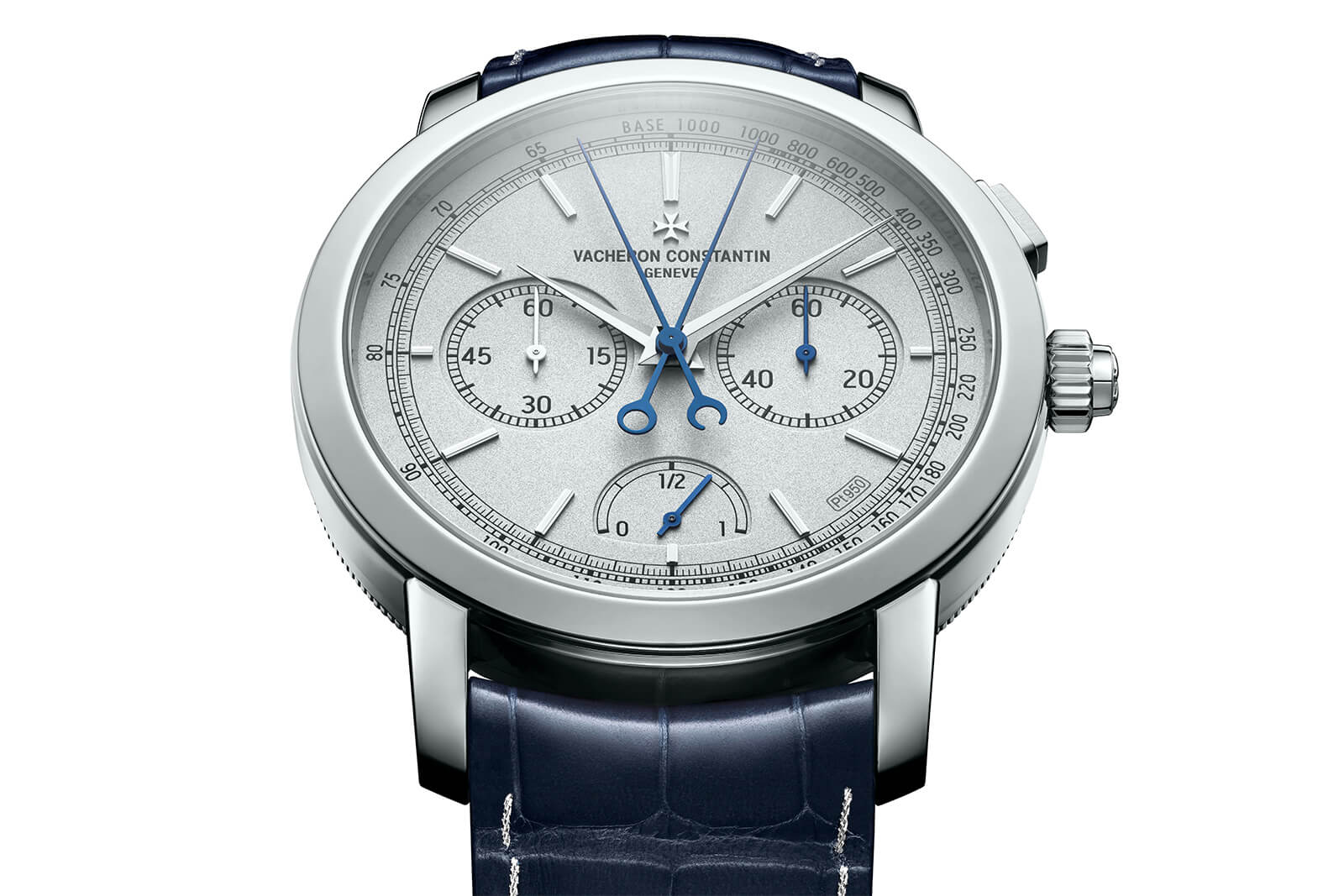 Watches & Wonders is often where brands will share the most extravagant timepieces, they plan to release each year. Vacheron Constantin is no different, introducing a new addition to the Collection Excellence Platin, one of their most exclusive watch lines that only consists of limited editions, which includes pieces like the Patrimony Moon Phase Retrograde Date.

To give the new watch its full name, this is the Vacheron Constantin Traditionnelle split-seconds chronograph ultra-thin Collection Excellence Platine. It might be a bit of a mouthful but it tells you everything you could want to know about the watch: it’s part of the Traditionnelle range, meaning it’s part of Vacheron Constantin’s dedicated classic Haute Horlogerie line up. It’s an ultra-thin split-seconds chronograph. And it’s a limited edition made of platinum, which is what grants it the Excellence Platine status. 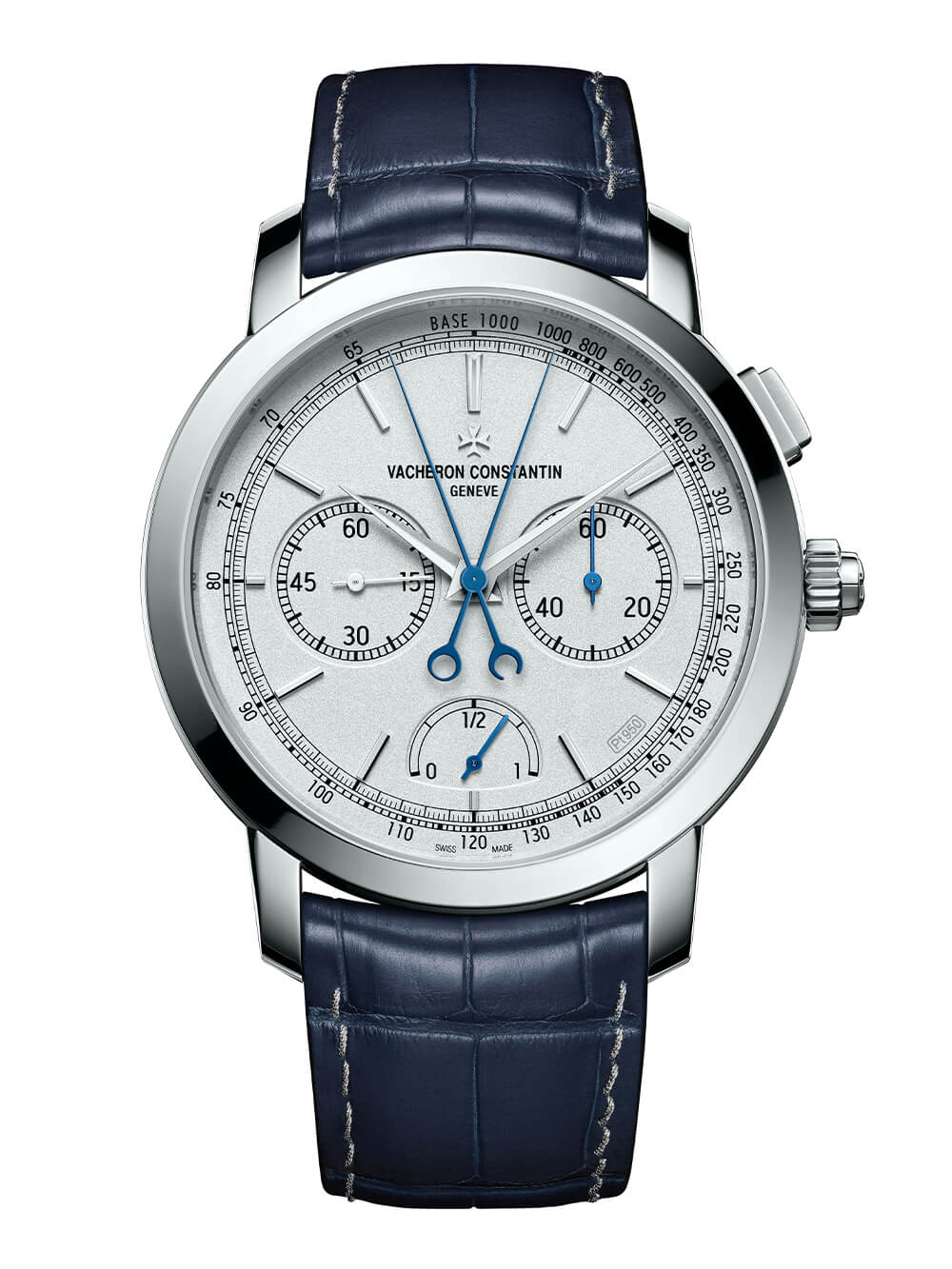 This is a very classy timepiece, it sits at the peak of traditional design and at the pinnacle of technical refinement – combining mechanics and aesthetics in the way only top brands can. The design is deceptively simple, it has a plain, round case made from 950 platinum measuring 42.5mm in diameter, giving the watch some good presence on the wrist without being overbearing. 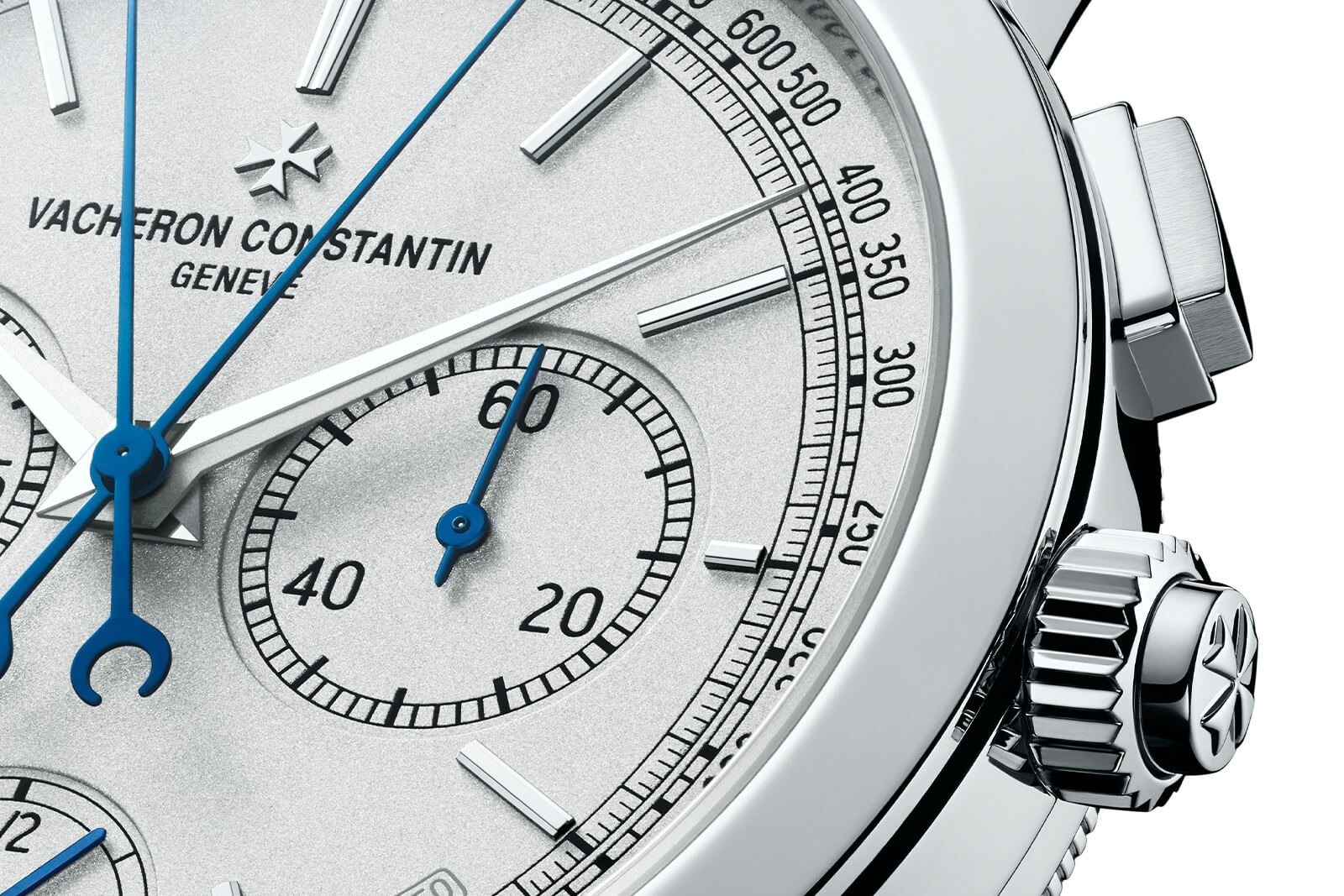 The dial, bezel, crown, folding clasp and even the stitching in the alligator strap are also made from platinum showing that the craftsmen at Vacheron Constantin are true masters of working with the notoriously tricky metal. For legibility’s sake, the hands and hour markers on the dial are made from white gold so that they stand out, while sacrificing none of the refinement.

Refinement is definitely the watch word with this timepiece and the layout of the dial echoes this principle as well. The small-seconds at 9 o’clock, chronograph 60-minute timer at 3 o’clock, power reserve indicator at 6 and wrap-around tachymeter are all clear and readable without feeling intrusive on the overall look of the dial. The most flavourful aspect of design is found on the central split-seconds hands, with circle and crescent markers differentiating between the two otherwise identical hands. 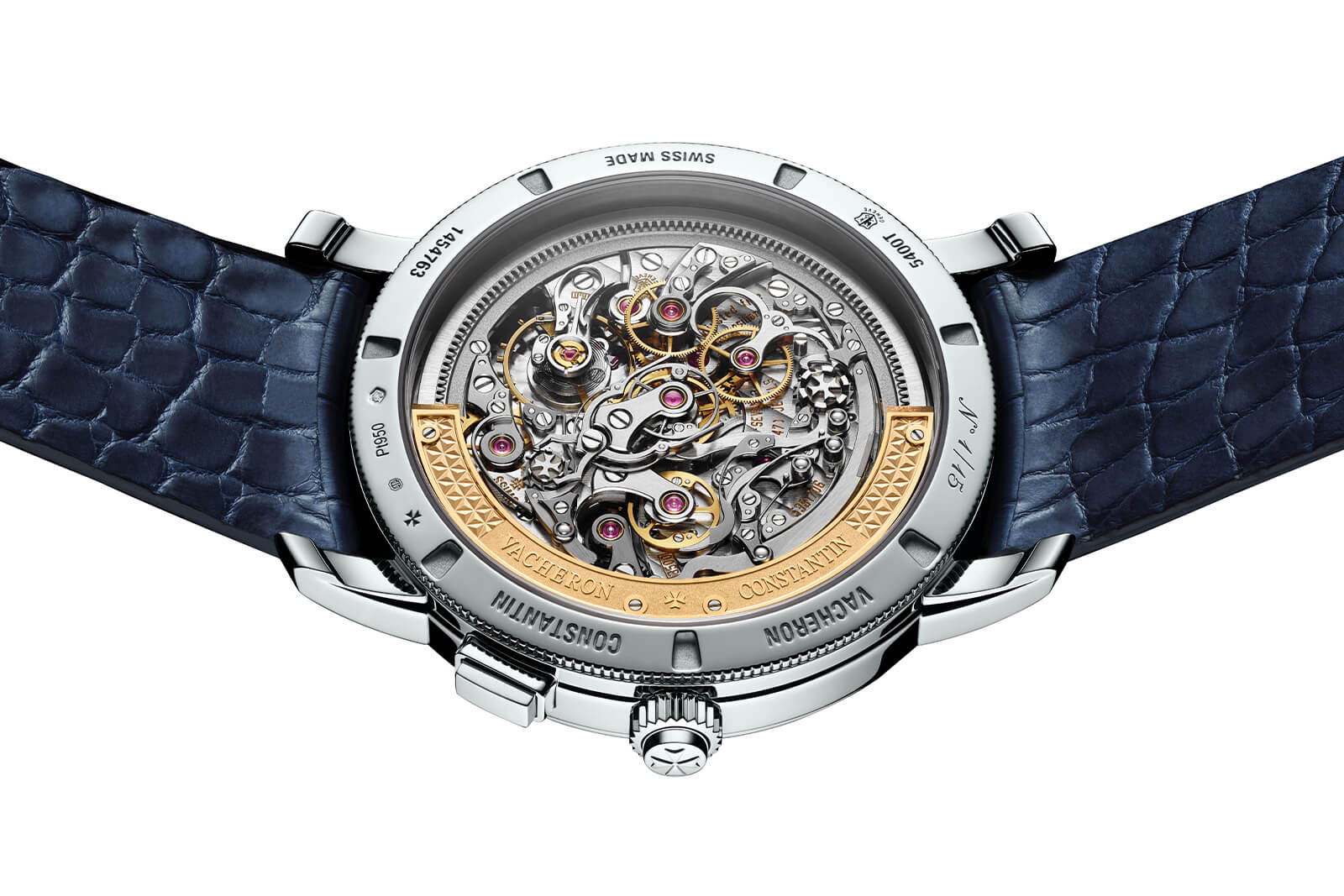 Since we’ve mentioned the split-seconds function (also known as a rattrapante function) let’s take a look at the mechanism behind it. The movement for this chronograph is the Vacheron Constantin in-house Calibre 3500 that was first revealed in 2015 to celebrate the manufacture’s 260th anniversary, while it might not be new, it’s pretty special and deserves a closer look. It has ultra-thin dimensions at a height of 5.2mm giving the overall watch a thickness of 10.72mm, making it one of the thinnest spilt-seconds chronographs ever produced.

The Calibre 3500 has a 48-hour power reserve, which is impressive for such a thin movement and means you shouldn’t have to worry too much about it winding down. It’s automatic as well, so that’s even less of a concern and the 22k gold oscillating weight has been constructed in a way that gives you an unobstructed view of the movement through the display caseback. The movement also uses the patented ‘friction’ technique lateral clutch to prevent the hands from jerking while the chronograph function is in use. 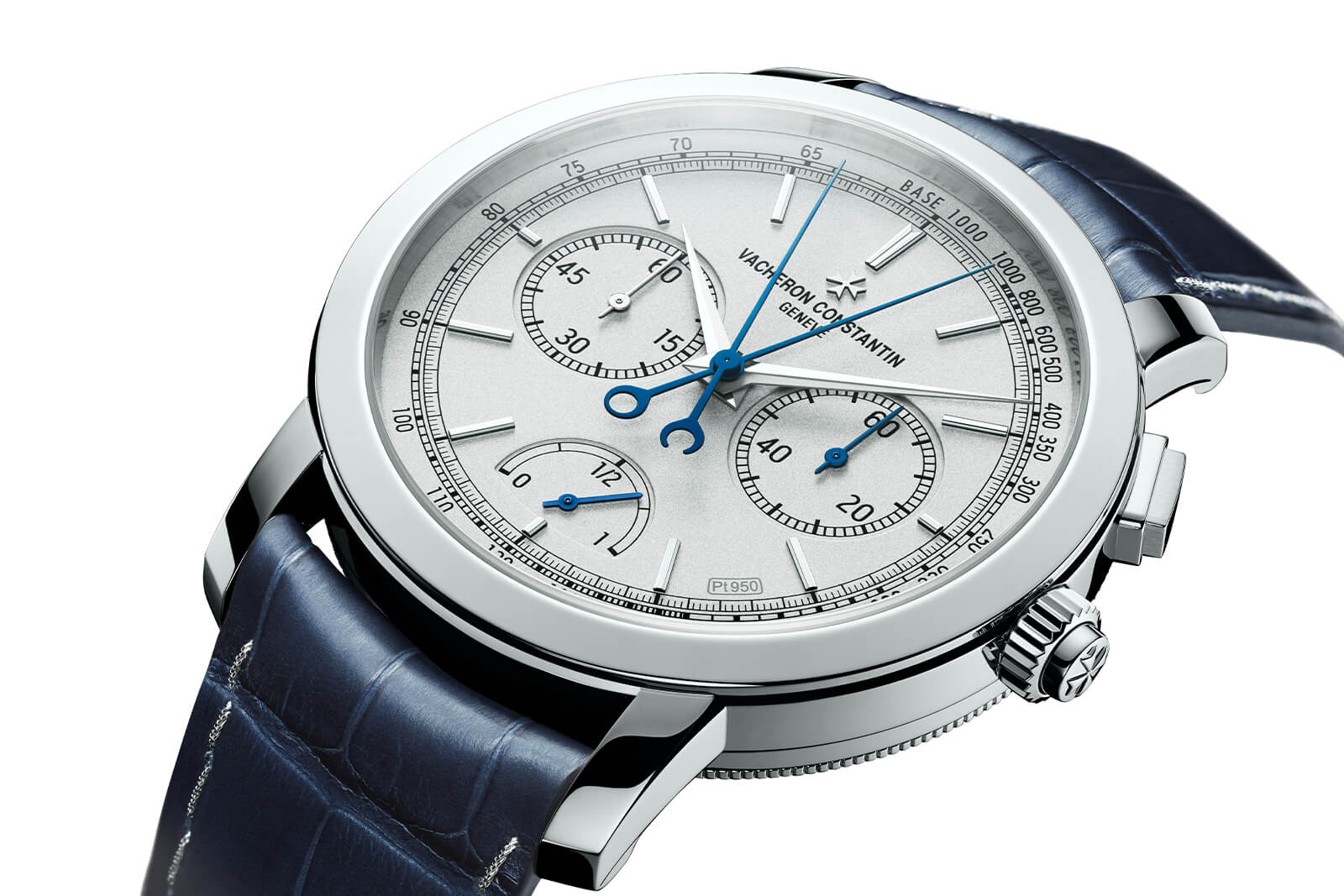 The watch is presented on a dark blue alligator strap with platinum and silk stitching that has a nice sense of cohesion with the rest of the watch. It’s difficult to find anything not to like about it, my only real complaint is the fact it’s limited to just 15 individually numbered pieces so I’m not likely to ever see one up close. Also there’s the fact that this is described by Vacheron as being at the top end of the Traditionnelle range which already boasts price tags higher than £117,000, add on top of that the Excellence Platine label and we can only speculate as to how high the price could go.