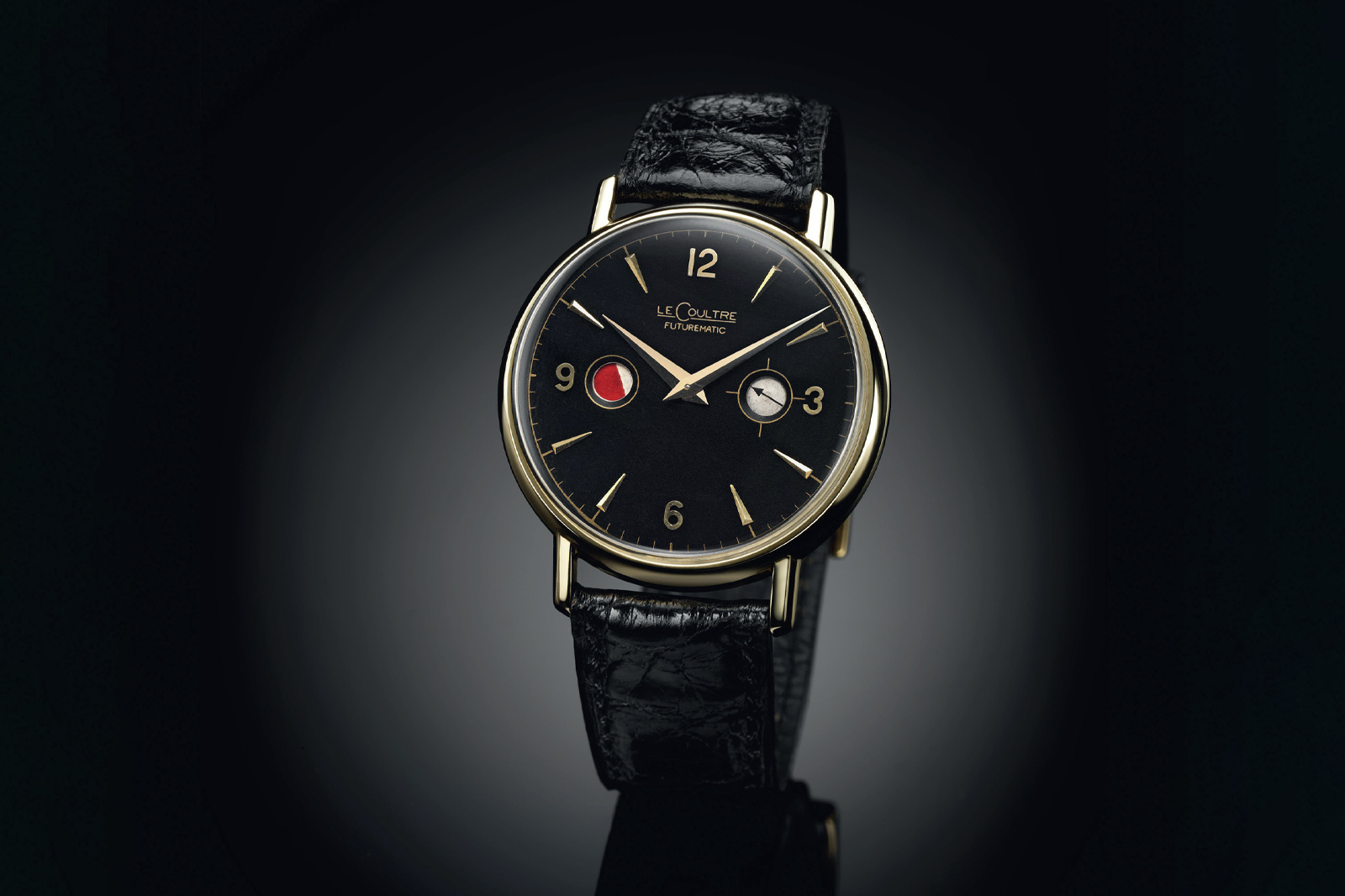 Necessity being the mother of invention, or in this case inclusion, there’s a reason why Jaeger-LeCoultre once made a big deal out of the often-underappreciated complication called the ‘power reserve’. For those unfamiliar with this function, it’s a display which tells you how much power is left on a watch’s winding, whether the timepiece is manual or automatic, letting you know when it will stop. While clearly more useful on manually-wound watches because they don’t refresh themselves as does an automatic, Jaeger-LeCoultre’s Futurematic had another reason showing the reserve on the dial.

To grasp why power reserve occupied a prominent space at the nine o’clock position, and to appreciate why this watch was such a shocker when it was launched circa 1953, look at the images: no winding crown. 68 years ago, this was uncommon, the crown of the Futurematic being needed only to set the time and thus set in the caseback. That’s because in this watch – billed by the manufacturer as the world’s first ‘100% automatic watch’ – the mainspring couldn’t be wound from the crown. To set it in motion, you gave it a couple of shakes. Once ticking, it went into self-winding mode. 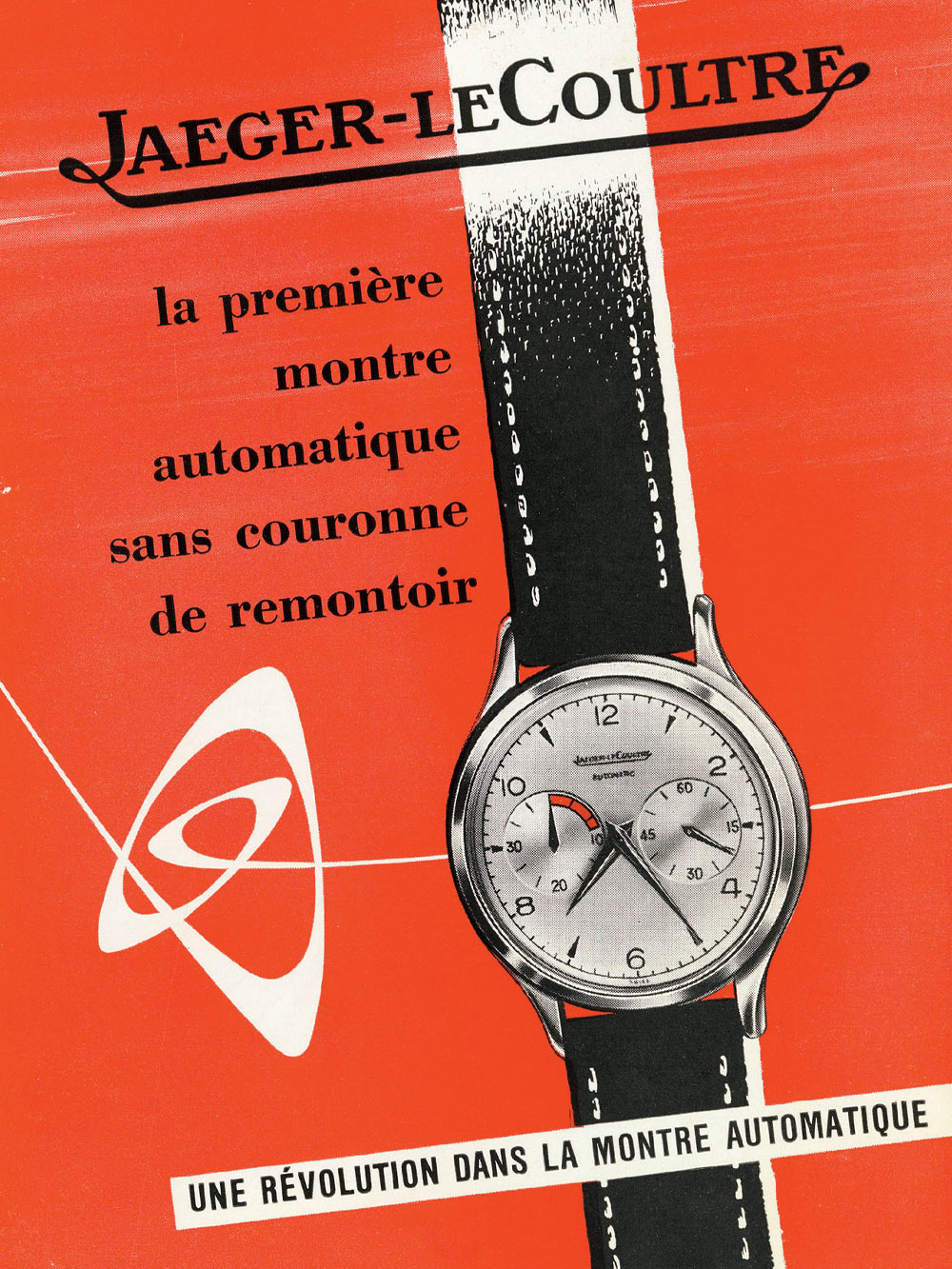 Futurematics were powered by four shock-resistant movements during the range’s lifetime, Calibres 497 (1951), 827 (1953), 817 (1956) and ultimately 837 (1958). All were fitted with an oversized, antimagnetic balance wheel, a regulator for the balance spring and a unique feature to prevent over-winding. Cleverness extended to the prevention of complete unwinding: the watch started running as soon as it was put on the wrist.

Earning a strong following in the USA, where the dials said ‘LeCoultre’ minus the ‘Jaeger’ because of import tariffs of the era, the Futurematic enjoyed a long production period, so there is a wide range of variants from which to choose. Of particular interest are the two dial styles, early models featuring a small seconds at three o’clock and power reserve at nine o’clock, both with hand indication. The later Futurematic Porthole edition replaced the hands with rotating discs: the power reserve indicator changed colour from red or blue for high reserve to white for low, while seconds were shown with an arrow. 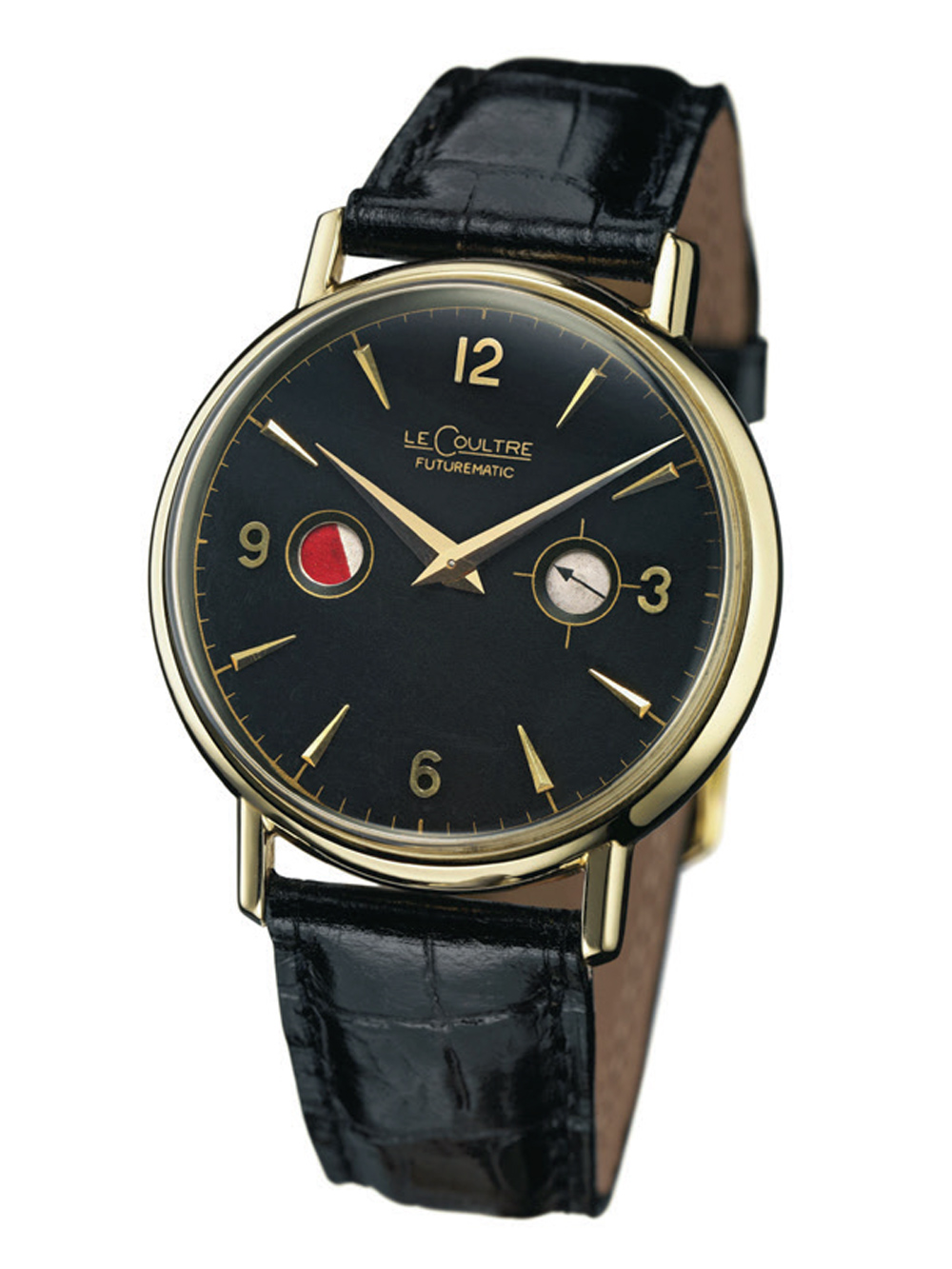 Adding to the variety are assorted dial colours and case materials, fancy lug shapes and other differences between the US-sourced and European examples. Prices range from £1,000 for a basic model in good order to £6,000+ for solid-gold-cased variants. And there’s no denying the bar-banter appeal of an absent crown.

Sources vary, but the generally accepted dates of manufacture were 1953-1959, with development beginning in 1951. Looking to the future, with the 70th anniversary only two years away, Jaeger-LeCoultre has just enough time to plan for a commemorative reissue of 1953 examples.

New artworks immortalise Ollech & Wajs’ impressive back catalogue in a celebration of the brand’s...

The unloved mid-century Comet with retro style is ripe for revival and could be Longines’ best...