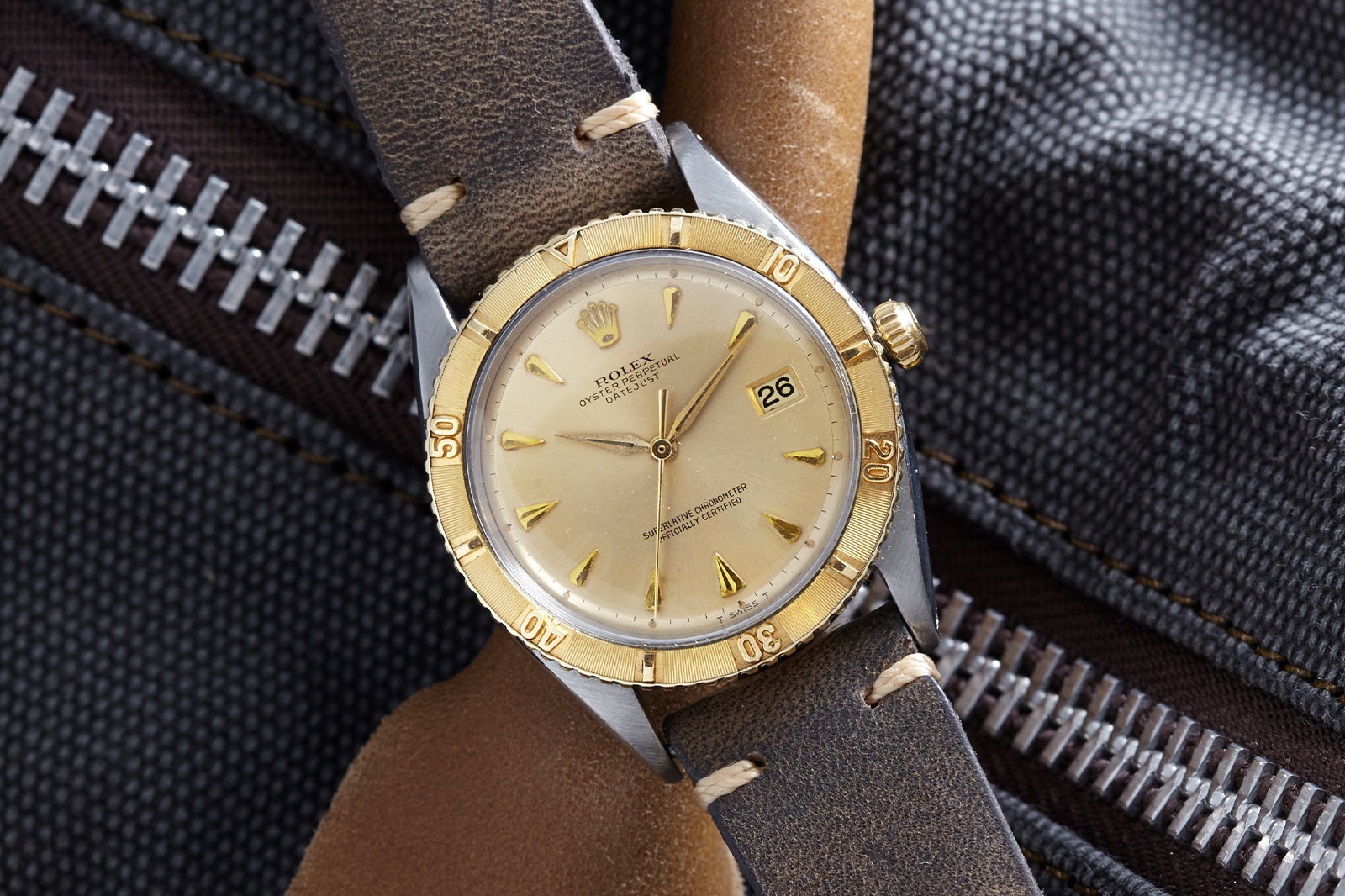 With Rolex dominating the global consciousness as a maker of the world’s most coveted watches, it’s almost comical to think of any models as ‘obscure’. You have to dig back into the mists of time and name-check the SpeedKing or Centregraph to confound all but fanatics who speak in reference numbers. Even the most focused of Rolex’s tool watches – the Milgauss – is no longer a mystery to the general public. But the Thunderbird? It’s still below the radar.

Ironically its birth is owed to pilots who very much employed radar. It was a development of the Oyster Datejust Turn-O-Graph, the last part of that moniker also adding a whiff of obscurity. ‘Turn-O-Graph’ refers to watches fitted with a type of rotating bezel, ultimately featuring heavy, raised digits to mark every 10 minutes, and bearing no resemblance to either the bezels for the Submariner or Sea-Dweller diving watches, or the 24-hour-graduated bezels for the GMT-Masters or Explorer IIs.

As with the chronograph unofficially called the ‘Paul Newman’, the Datejust Turn-O-Graph Thunderbird was nicknamed after the fact, although ultimately becoming a proper Rolex designation. It is one of the rare Rolexes which sits in between the two poles of tool watch and dress watch, and even if Sean Connery’s James Bond wore a Submariner with a tuxedo, that ain’t a dress watch. Equally, a Day-Date is hardly the proper accoutrement for a spelunker. 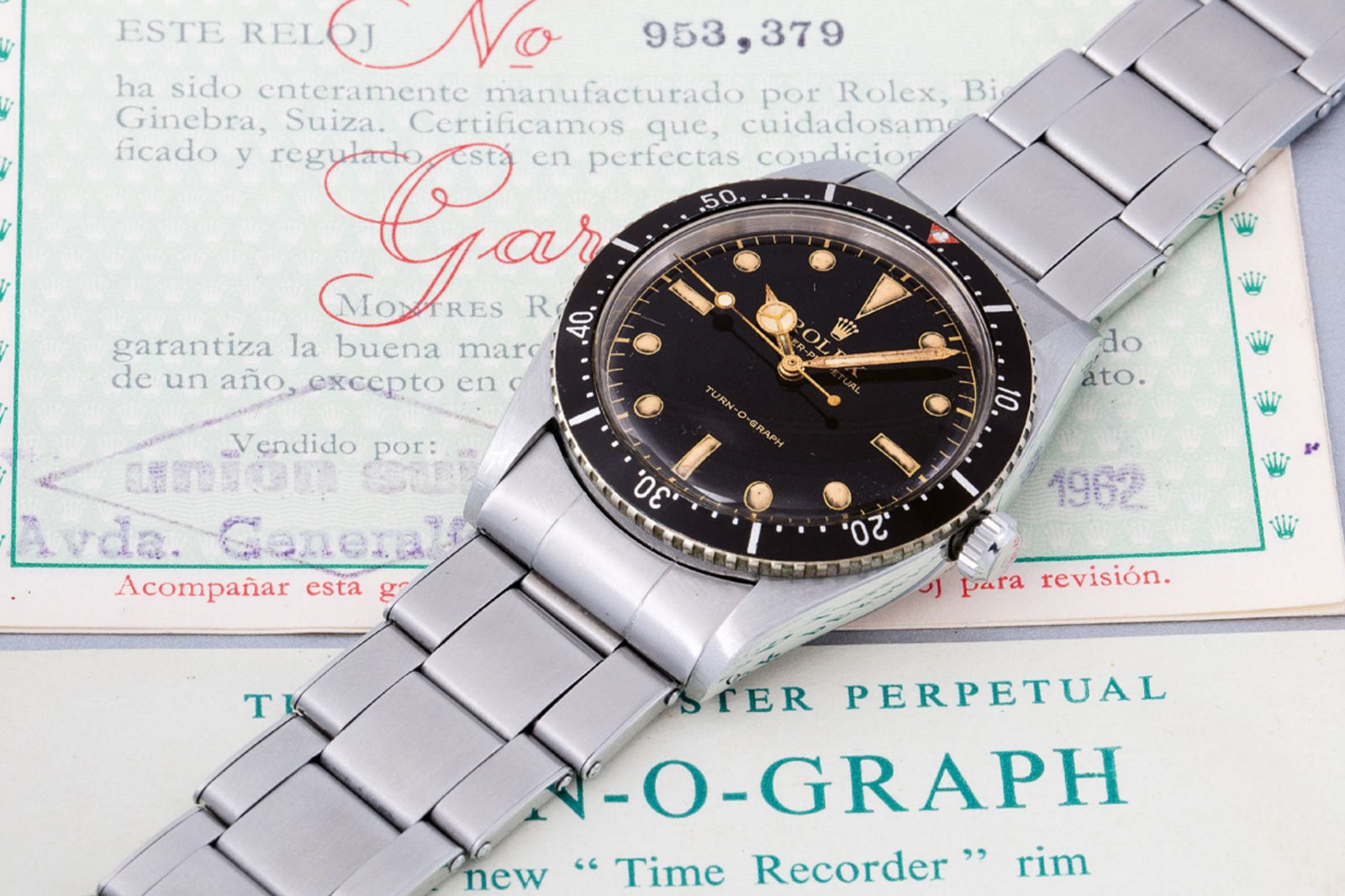 But back to 1953. The original Turn-O-Graph Ref. 6202 was launched, now known as the direct precursor to the Submariner. While featuring the rotating bezel that inspired its name, it was not the sculpted affair that marked the later models, including the Thunderbird. Instead, it was black, with flush steel numerals for every 10 minutes. This early version is the stuff of which auctioneers’ dreams are made, i.e. expensive.

By the end of its run in the mid-to-late 1950s, the original Turn-O-Graph itself had acquired a Mercedes hand like the Submariner, but its lesser 50m depth rating obviated the need for it, so the Submariner remained the definitive diving model with black rotating bezel. In 1956, however, name and bezel segued to a version of the Datejust, thus bridging the attitudes of tool and dress watch, for an elegant look which even gold Submariners or GMT-Masters do not quite manage. 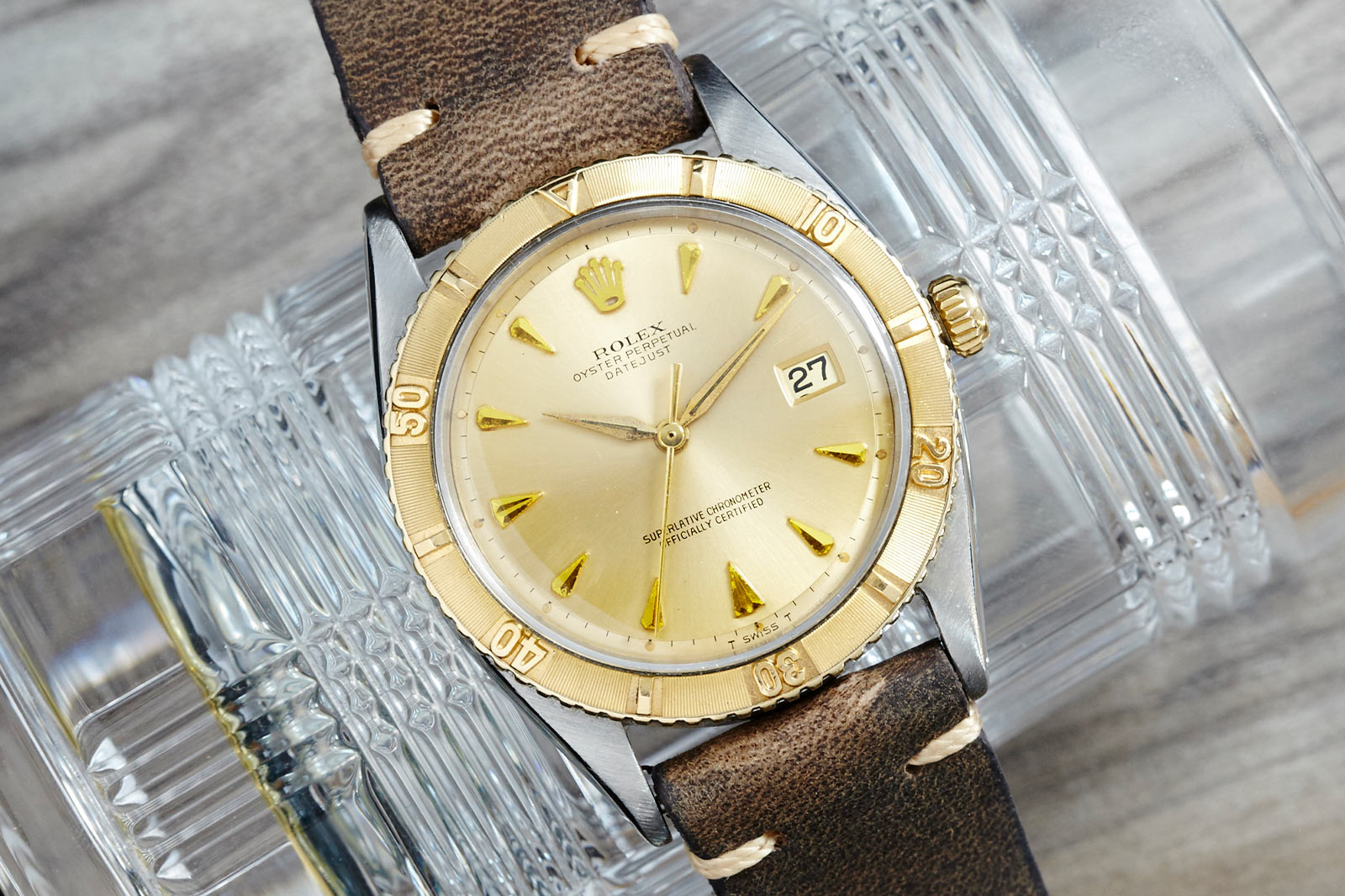 Identified as Ref. 1625, the Datejust with the sculpted, numbers-in-relief version of the Turn-OGraph bezel was offered with a Jubilee bracelet, in steel-and-gold or all-gold, in yellow or white, and with a variety of dials. What added the sexy nomenclature of ‘Thunderbird’ to the dial – with extra resonance for fans of those amazing Texas rockers, the Fabulous Thunderbirds – was the connection with certain pilots. 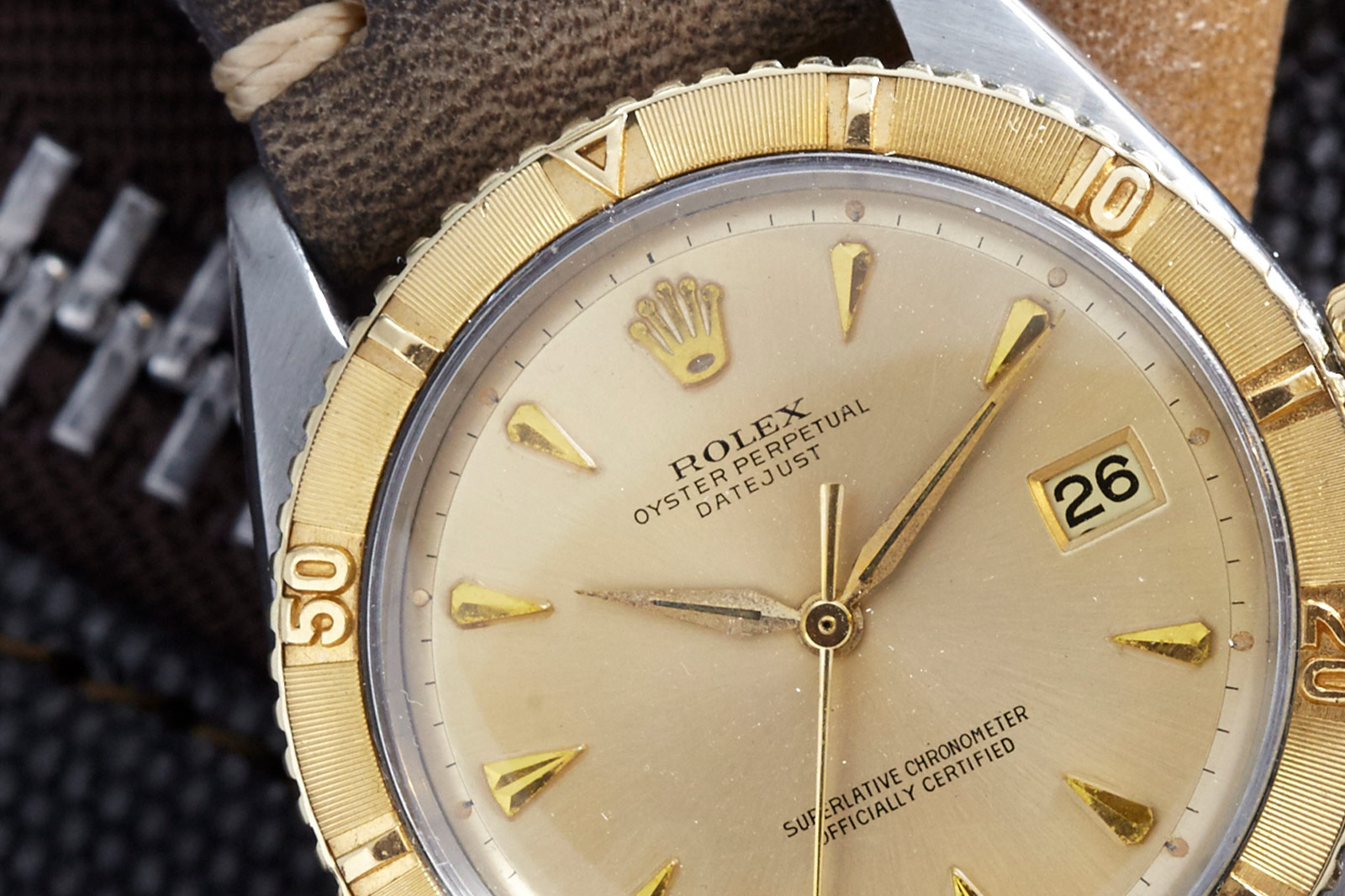 It was the U.S. Air Force ‘Thunderbirds’ aerobatic flying team, at the time piloting F105 Thunderchiefs, which received Datejusts made to special order with the squadron’s emblem on the dials at the six o’clock position. The backs were engraved ‘U.S. Air Force Thunderbirds’ and the look was a blissful mix of the functional and the dashing – as perfect a pairing of adjectives as possible for cutting-edge and glamorous flyboys. 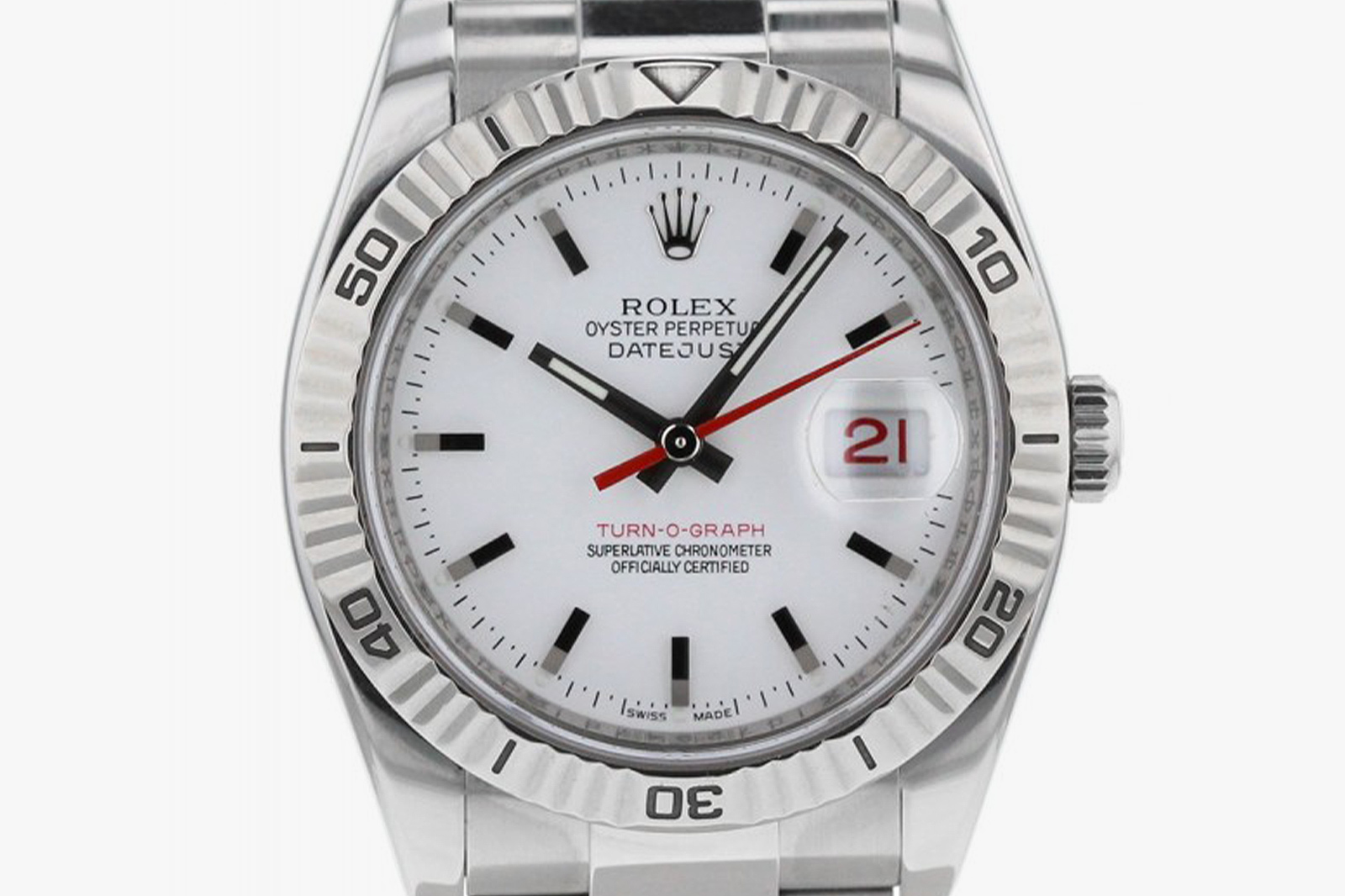 So appealing were these models for the American civilian market that Rolex advertised them with full recognition of the Thunderbirds connection, although the European market received them as plain old Datejust Turn-OGraphs. A number of references were applied to these timepieces over the decades, including 6309, 6609, 16250, and on, up to the 21st century Turn-O-Graphs such as Ref. 116264.

A reissued Turn-O-Graph from the early noughties can be acquired for £5,500 to £7,000 with box and papers. But if faffing around with pre-owned watches isn’t your thing, the current Yacht-Master 40 is an ideal alternative. Whatever sculpted-bezel Rolex you put on your wrist, it’s an ineffable congress of the functional and the formal.