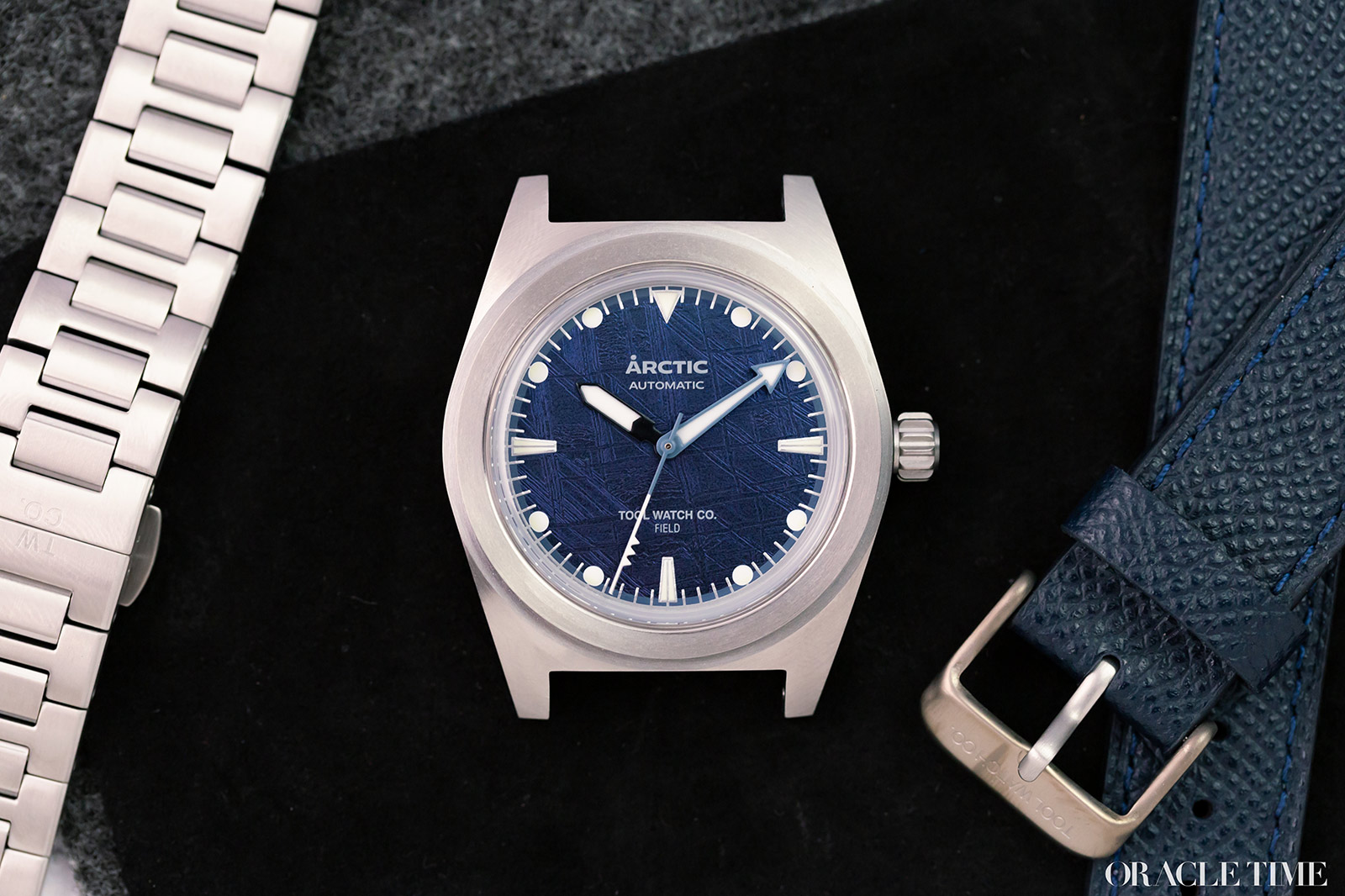 With a name that doubles as a statement of intent, it’s not hard to imagine the kinds of timepieces the Tool Watch Co. specialises in – and of their two faces, the AMA Diver and the Arctic Field, we landed on the latter to take for a test run.

The 38mm case is a cut above most field watches we’ve come across. Not only is it exceedingly practical with 200m water resistance (the same as some true divers), a bit more thought has gone into it than riffing on the A10 or Dirty Dozens of yesteryear, and the result is a much more interesting silhouette. The Arctic Field’s curved lugs are lovely and a visual and tactile contrast to the sharply raised bezel. It’s an odd combo but one that perhaps has as much a sports-luxe vibe as a purely militaristic one. We love it. 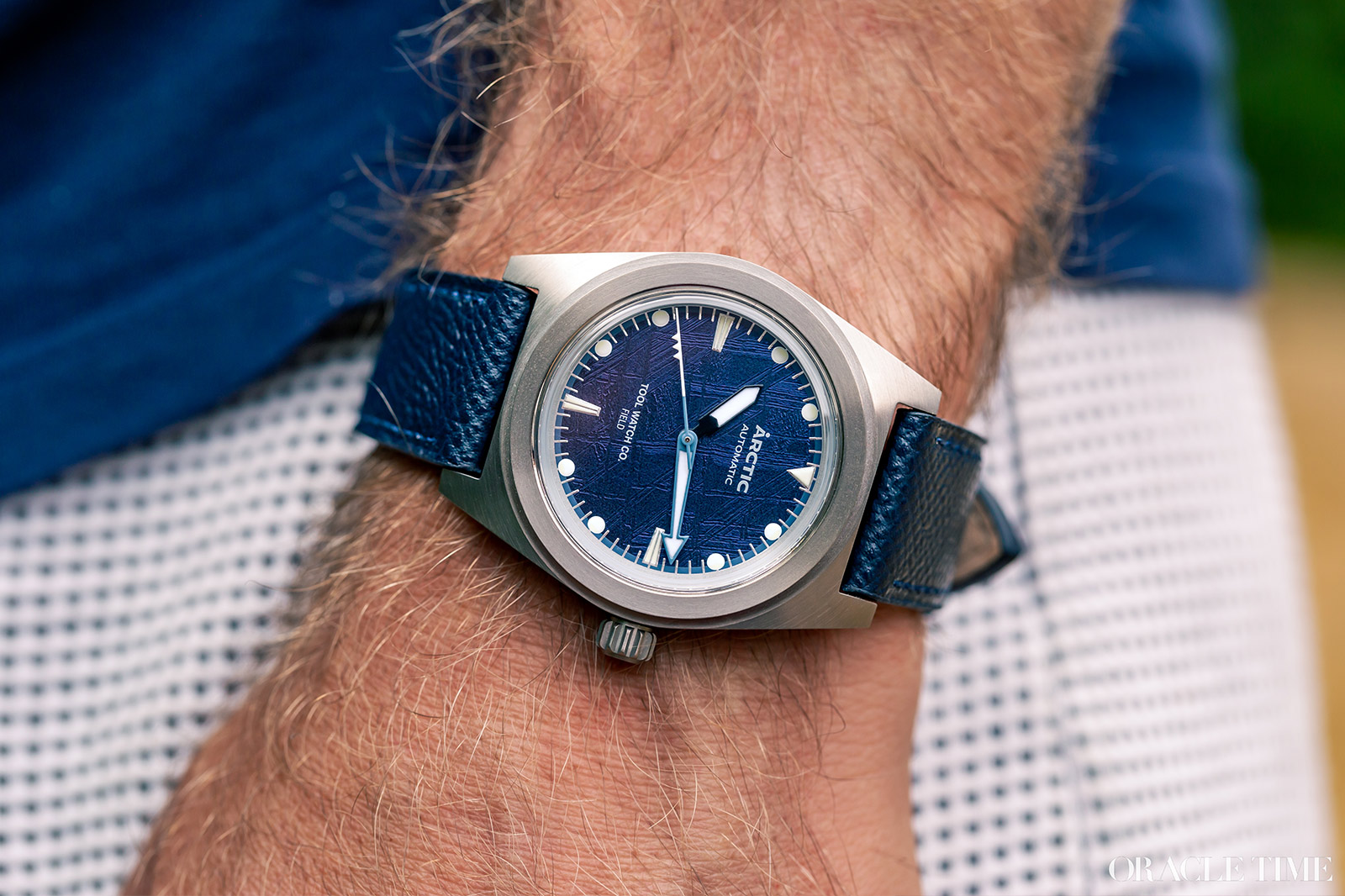 Unfortunately, it’s also in titanium. Now, we appreciate that titanium is a great material; it’s light, strong, everything you want in a watch. The downside for us is that we like our tool watches to have a bit of heft to them. Sure, titanium is practical, but it doesn’t give us the sense of surety we want from a watch like this, particularly given the Arctic Field’s svelte dimensions.

That said, the duller (compared to steel) brushed grey of the metal works very well with the dial – and what a dial it is! Meteorite might be getting a touch less rare but it’s by no means a common sight, especially when it comes to more affordable pieces. The only other one that immediately springs to mind is the Zenea Ula Diver which, while still very much a tool watch, has a different personality entirely. 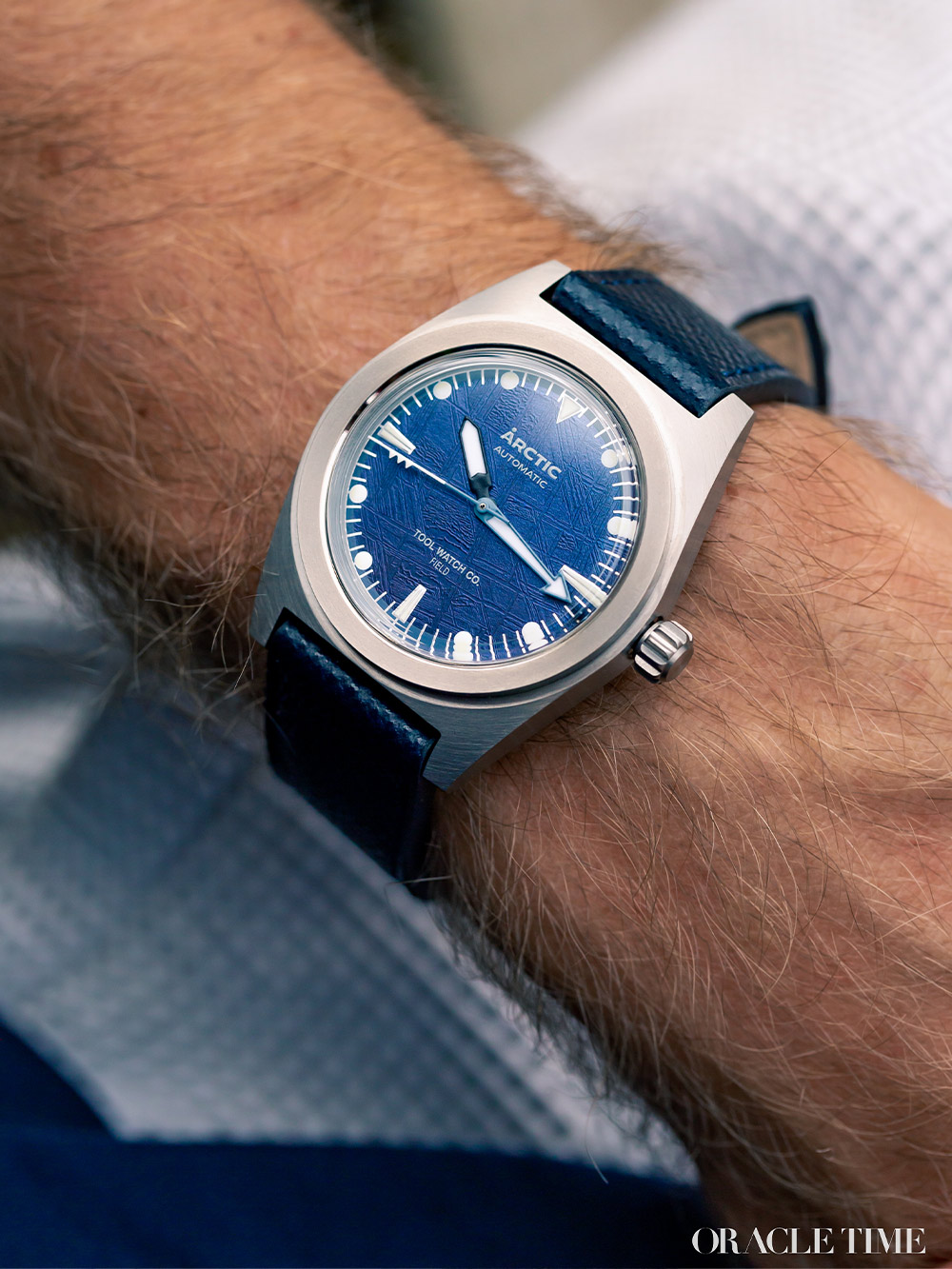 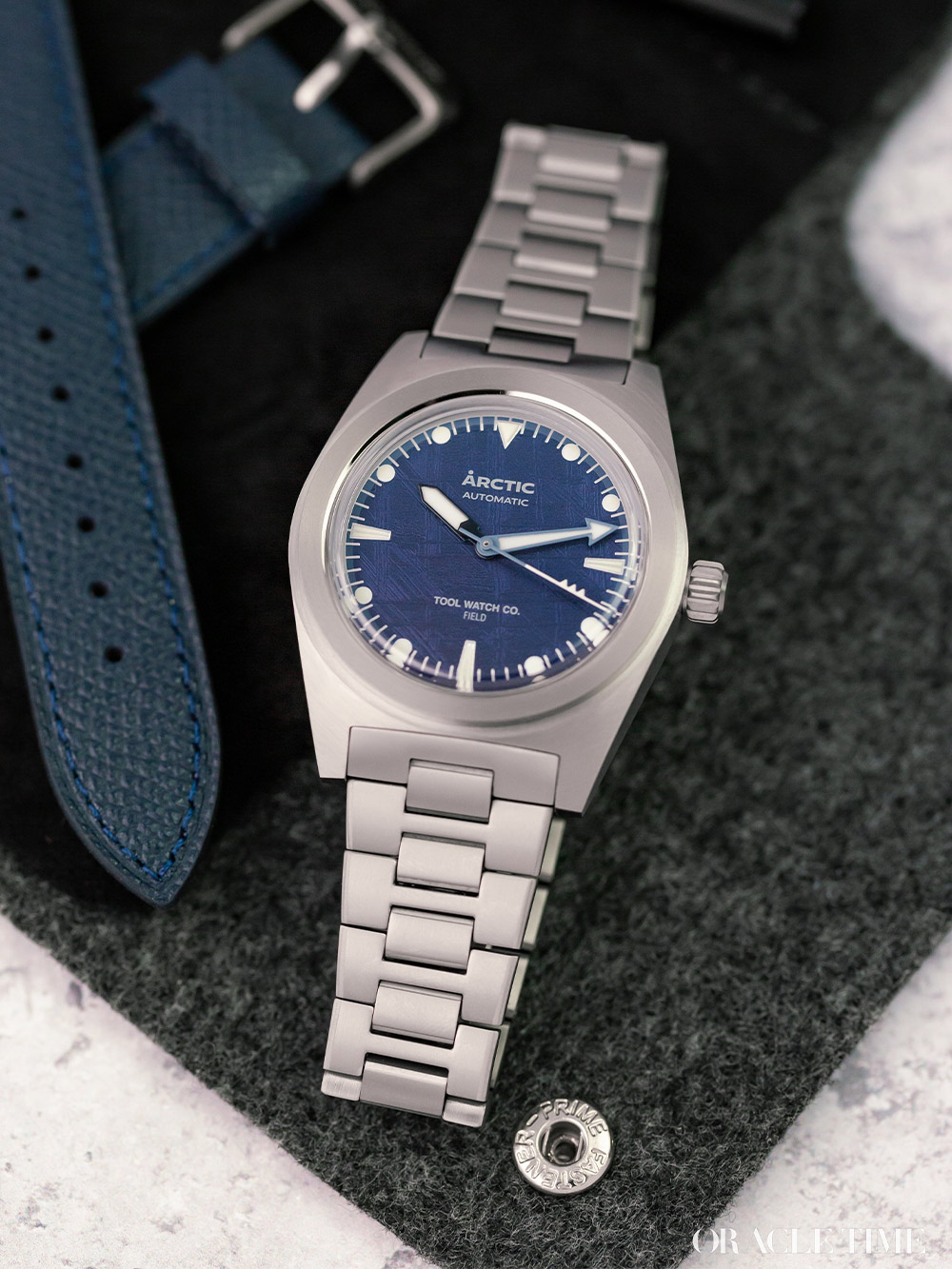 The meteorite here has been given a deep blue sheen, one that makes the Widmanstatten pattern (the signature meteorite cross-hatching) far less obvious. We actually like the subtlety to it, landing somewhere between your usual bold meteorite look and a subtle sunray finish. It works perfectly with the pared-back dial and indexes shoved right to the periphery. It gets even better in low light, when those indexes show off their blue lume. It’s quite a sight.

There’s a thematic link to the meteorite too. Greenland’s Hiawatha Glacier houses the first impact crater ever discovered under the Earth’s ice sheets (echoes of The Thing right there) and the Arctic Field is a tribute to that landscape, both in terms of what it’s designed for and, thanks to that dial, aesthetics too. 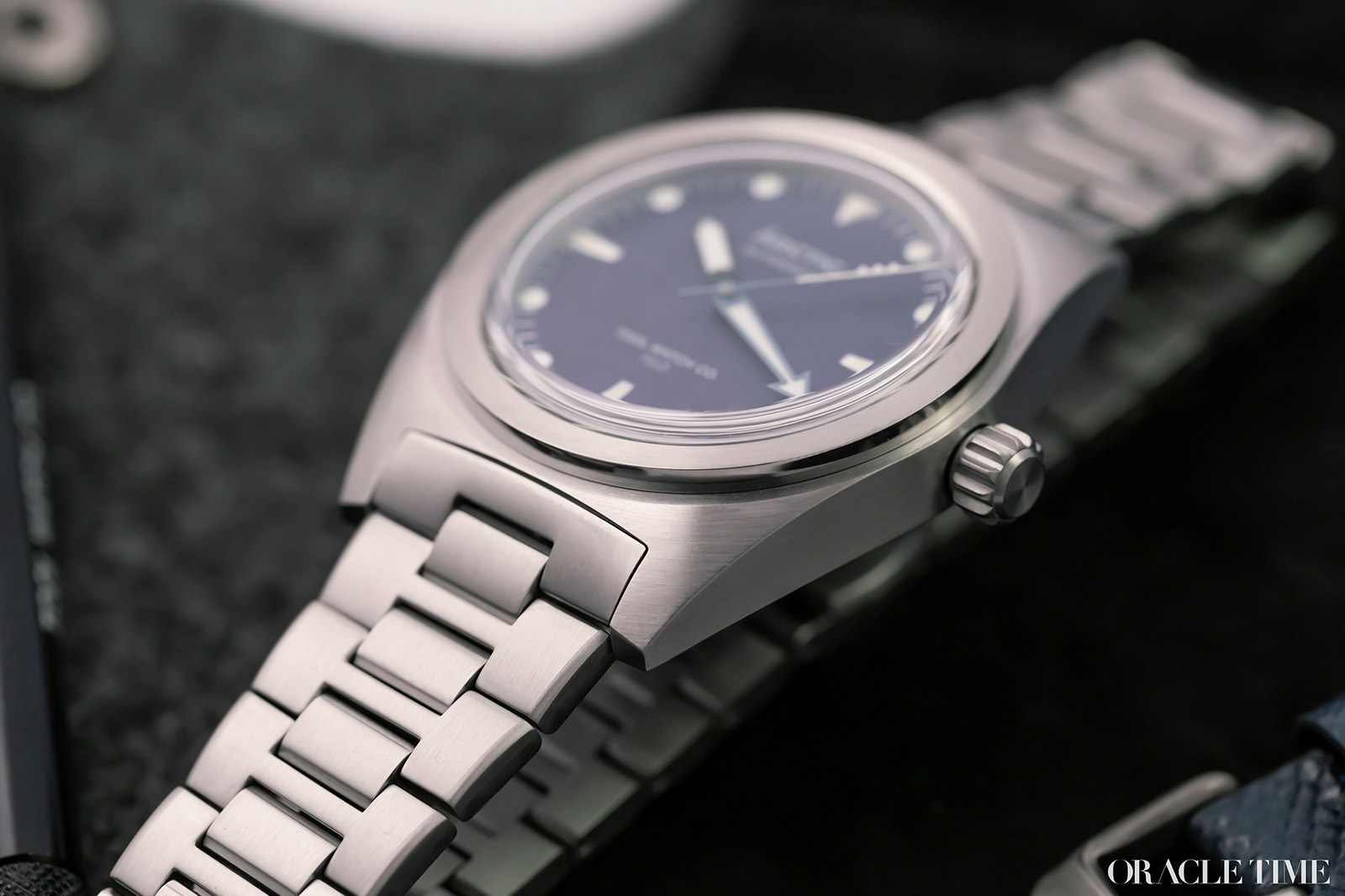 The eagle-eyed might have noticed another nod to the Arctic on the dial. Along with the practical hour and minute hands – a sword and arrow respectively – the seconds hand imitates a more thematically appropriate hunting weapon, a harpoon.

The movement inside is nothing if not practical. The Sellita SW200 might be a little low on power reserve these days at 38 hours, but it’s still the quintessential workhorse calibre. Not much is going to stop it from doing its job be that hell, high water or freezing arctic cold. Like the Tool Watch Co. Arctic Field Watch itself, the movement will take anything you throw at it. 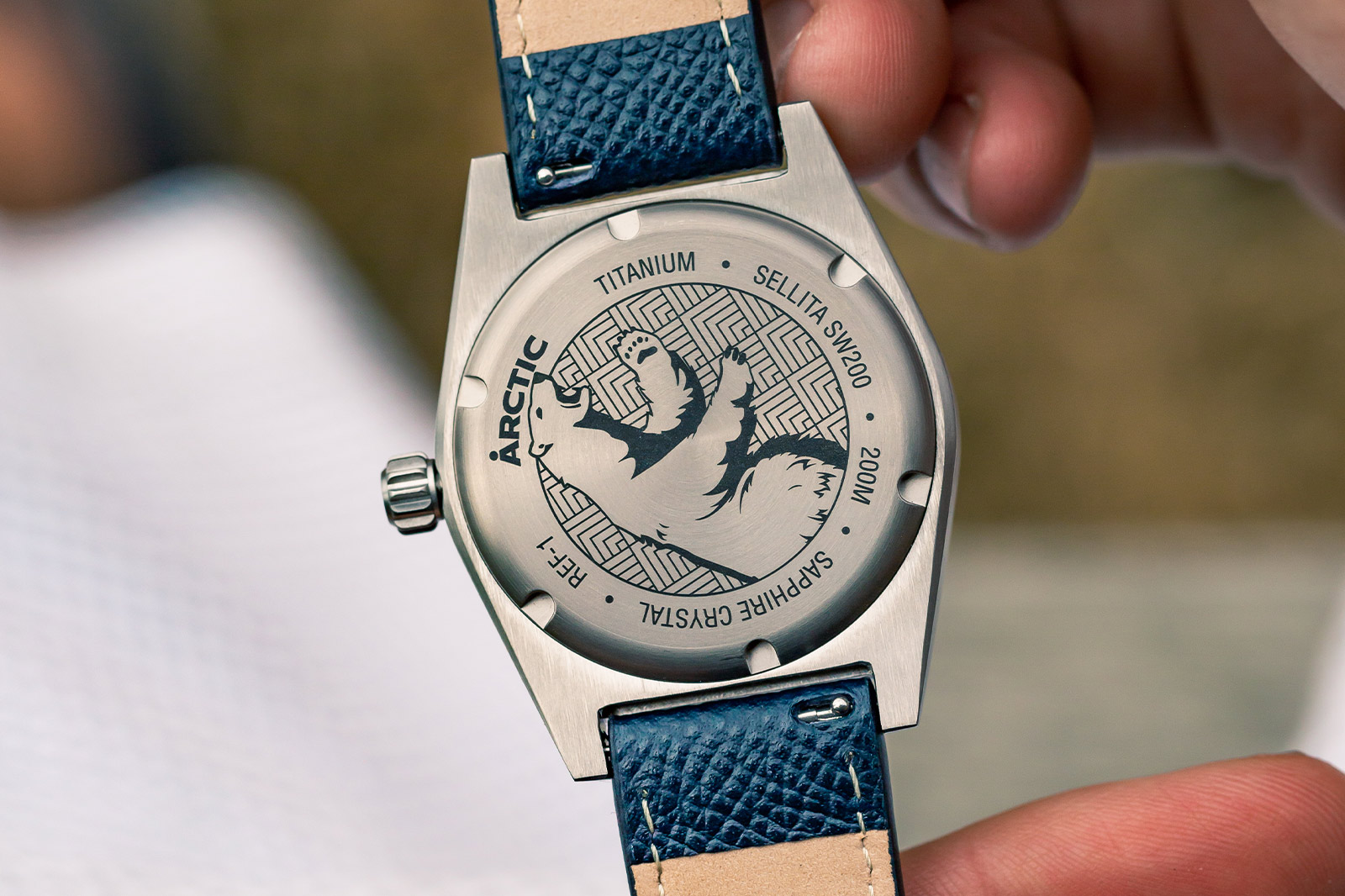 Should you find yourself venturing into sub-zero temperatures, it’s good to know that the Tool Watch Co. Arctic Field Watch also comes with a leather alternative to the bracelet, one that won’t get frozen to your wrist. In fact, we’d be tempted to wear it on the Saffiano leather more than the titanium bracelet outside of the sweltering weather we’ve been having. It’s comfortable, elegant and, well, we love blue leather.

As with any microbrand’s offering, there’s a lot to like about the Arctic Field but it really comes down to price. Or in this case, seals the deal. $600 seems under-priced for a meteorite dial and a titanium case, even if the design wasn’t as well thought-out as this. As things stand – and you have a spare (roughly) £515 burning a hole in your pocket, this is a seriously competitive watch.