This Summer’s Best Clothes Have A Nautical Theme - Oracle Time 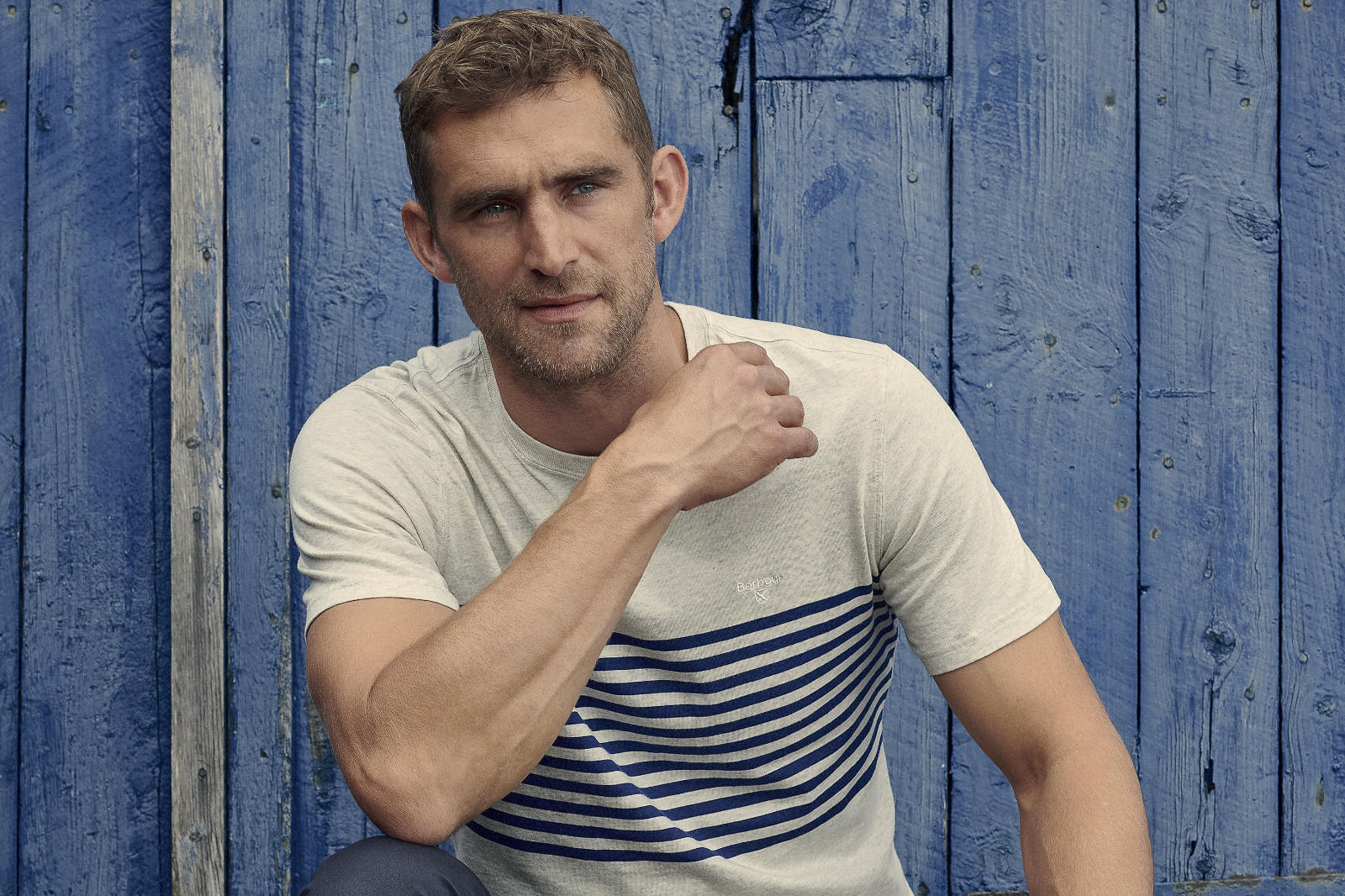 During the pandemic many of us became landlocked, working from home in front of a computer with the same view out of the same windows. No wonder, then, that as we emerge into the real world once again, with endless possibilities for adventure almost close enough to taste, we are craving escapism and new experiences. And for many of us city-living land-lubbers, that opportunity appears to be manifesting itself in a resurgence of interest in nautical menswear.

Look around and you’ll see nautical nods everywhere out there on the streets: a stripe here, a patch pocket there, a rubberised something-or-other somewhere else. And, no wonder: it’s a vibe that designers are giving to us in spades (or should that be buckets?) as the sun season collections arrive on shelves, both virtual and physical. 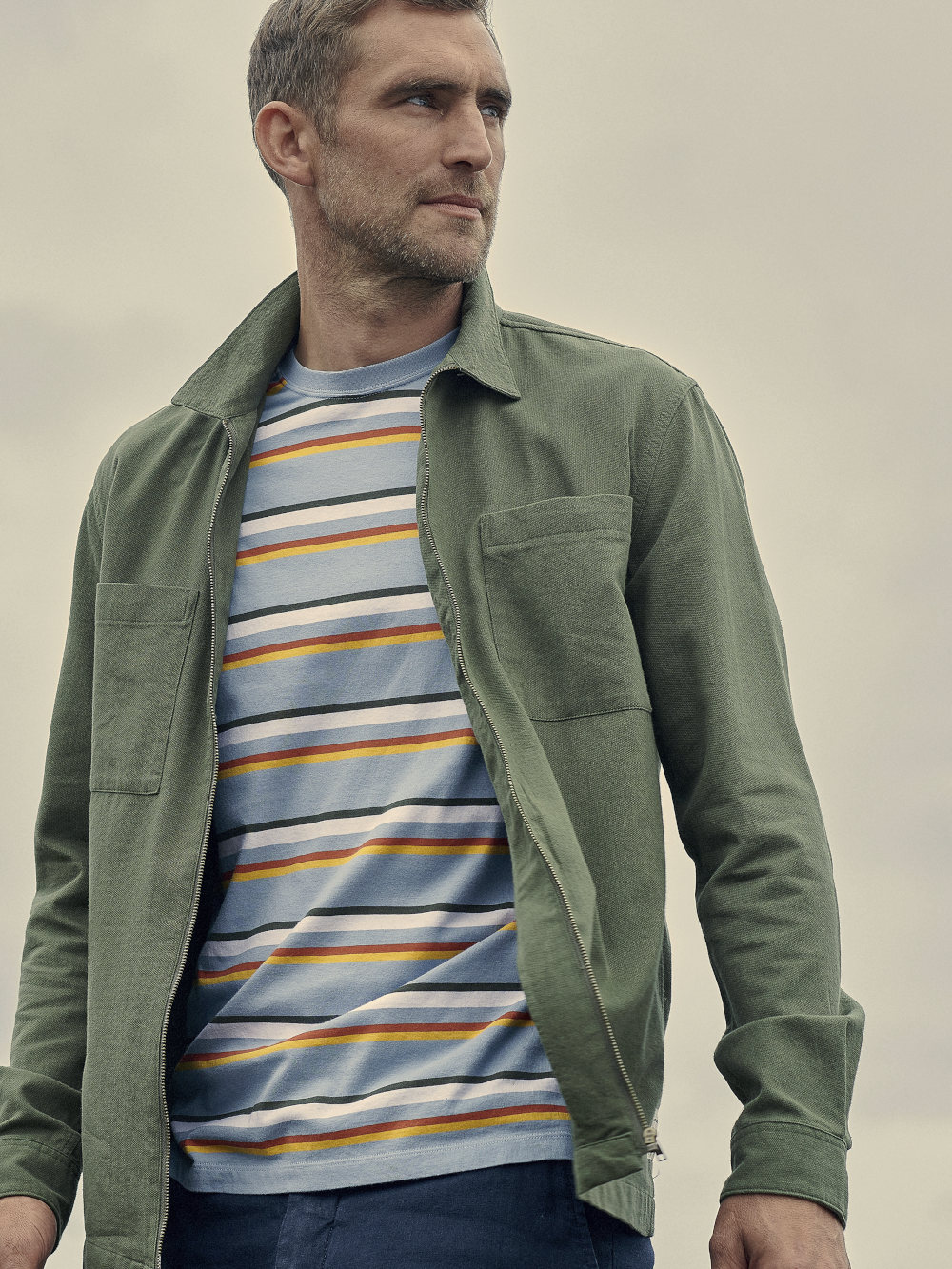 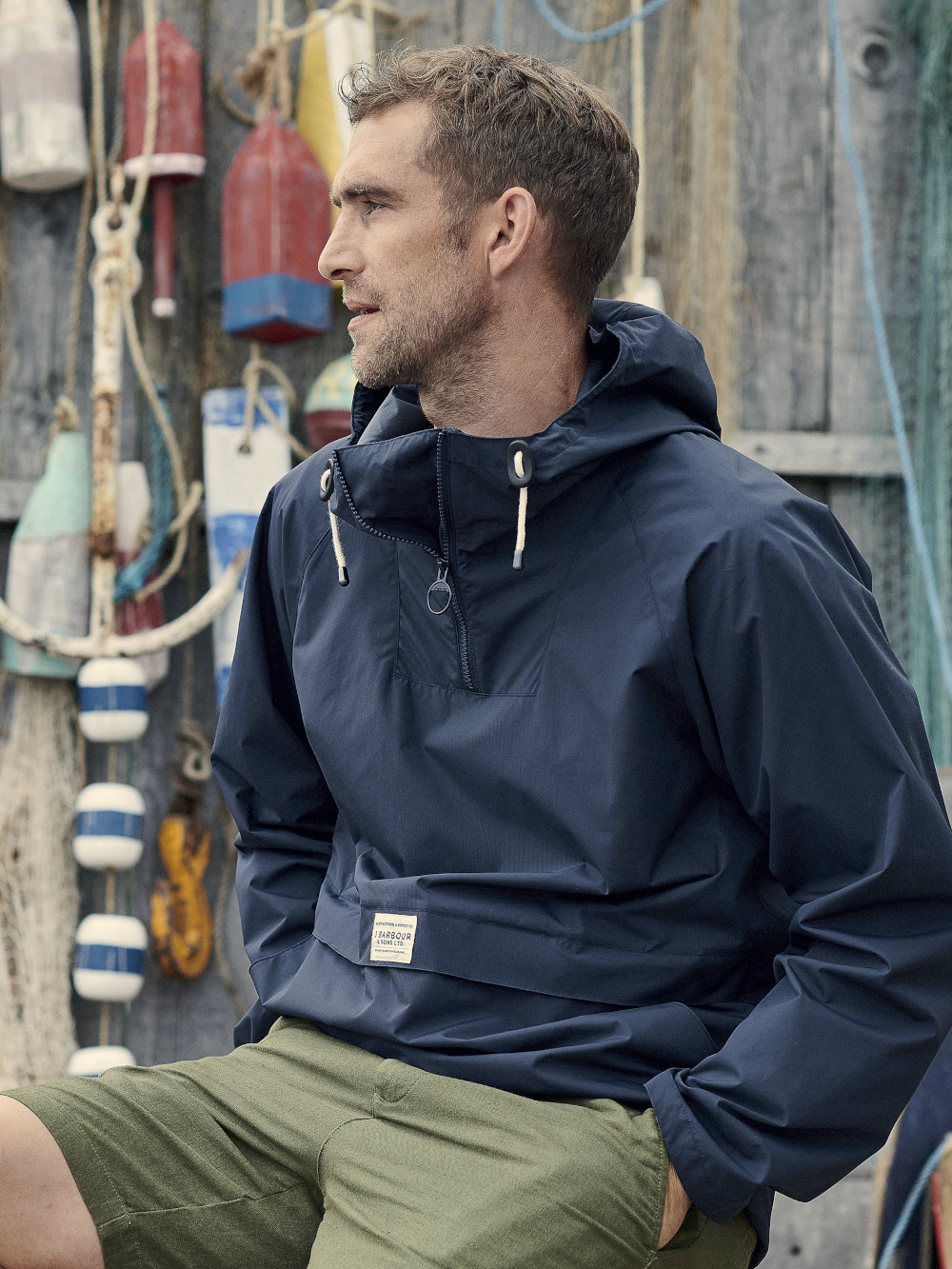 Perhaps the biggest name to commit to this is Barbour. The brand’s Barbour Mariner line celebrates all things coastal with items like ripstop shorts, deck shoes and half-zip anoraks, as well as substantial splashes of life-jacket orange. Perhaps a surprising move for a company usually associated with mud-spattered outdoorsy pursuits such as motoring and country rambles, but one that nonetheless feels rugged and escapist for metropolis-dwellers-just in a more aquatic form. 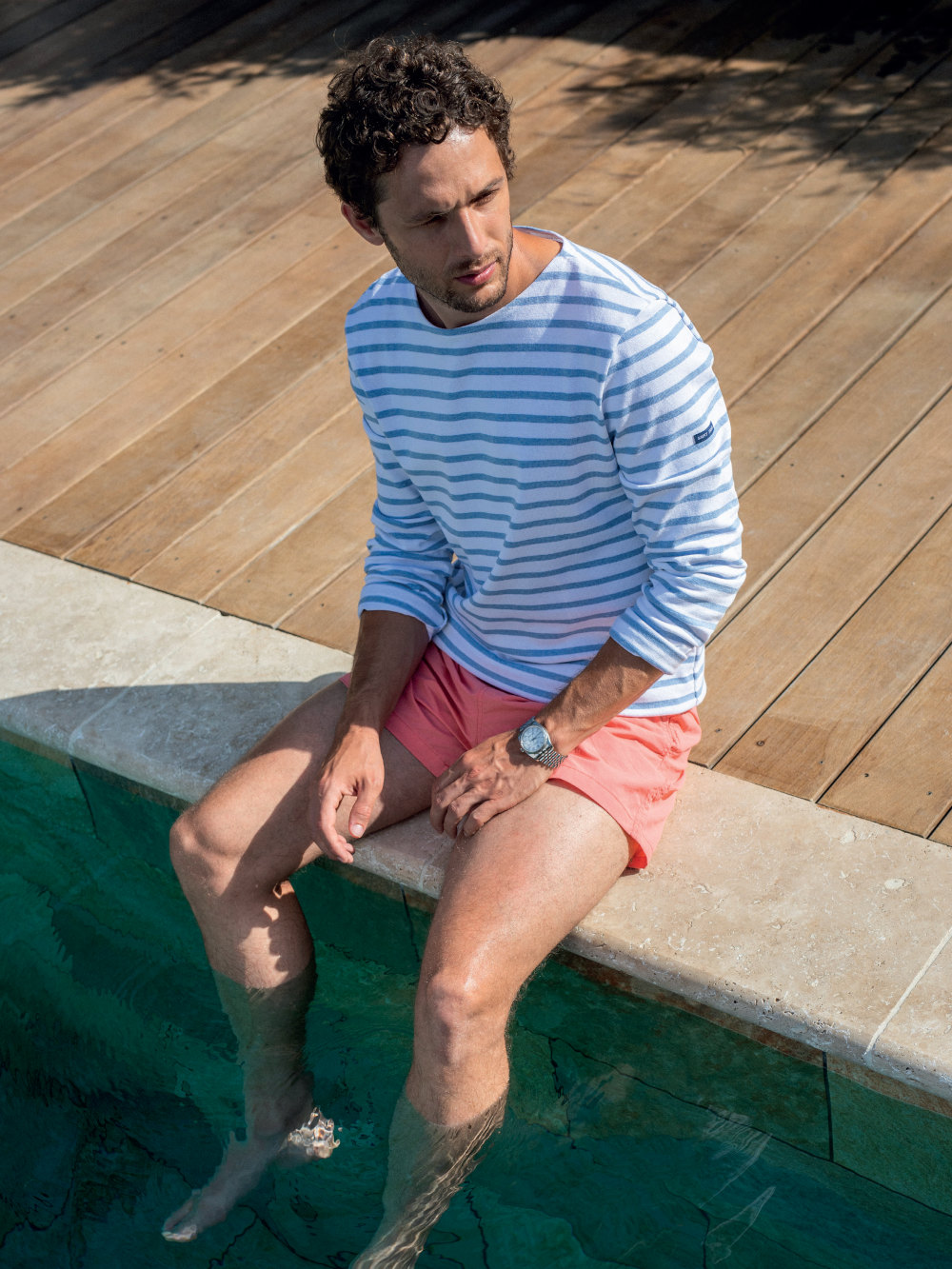 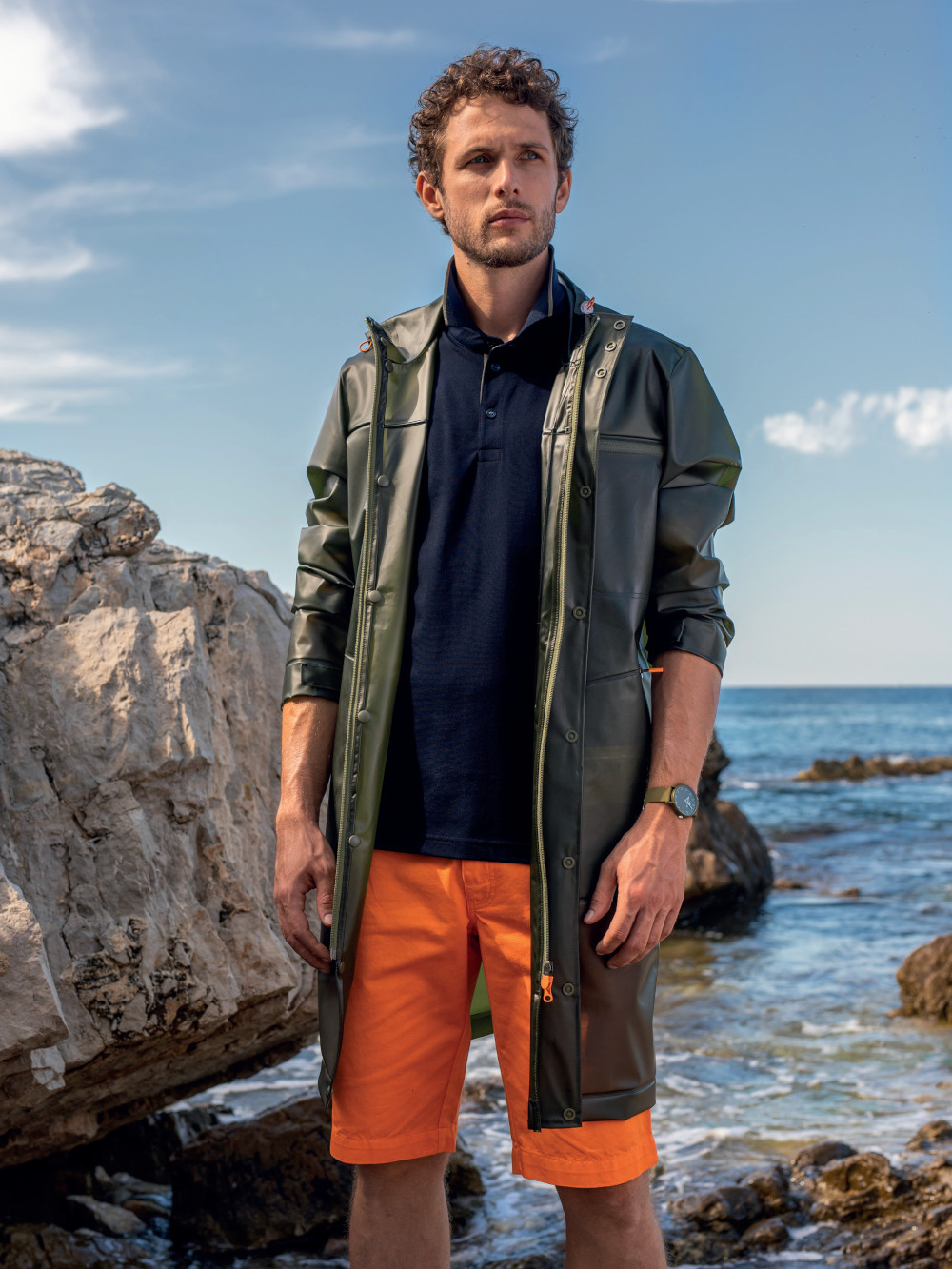 Of course, there are independent labels that have always taken inspiration from the sea that are just being discovered by land-lubbers. French workwear brand Saint James is a prime example. Founded by Léon Legallais, this company has been making Breton striped shirts – an item originally worn by the French Navy under Napoleon and known as a Marinière in France – since 1850. Today it still produces the classic item – which should have “21 white stripes, each twice as wide as the 20 or 21 navy blue stripes”according to the French Navy’s official uniform for seamen regulations, written in 1858 – as well as all manner of modern twists on the trend. There’ seven a rainbow-striped iteration for Pride month. 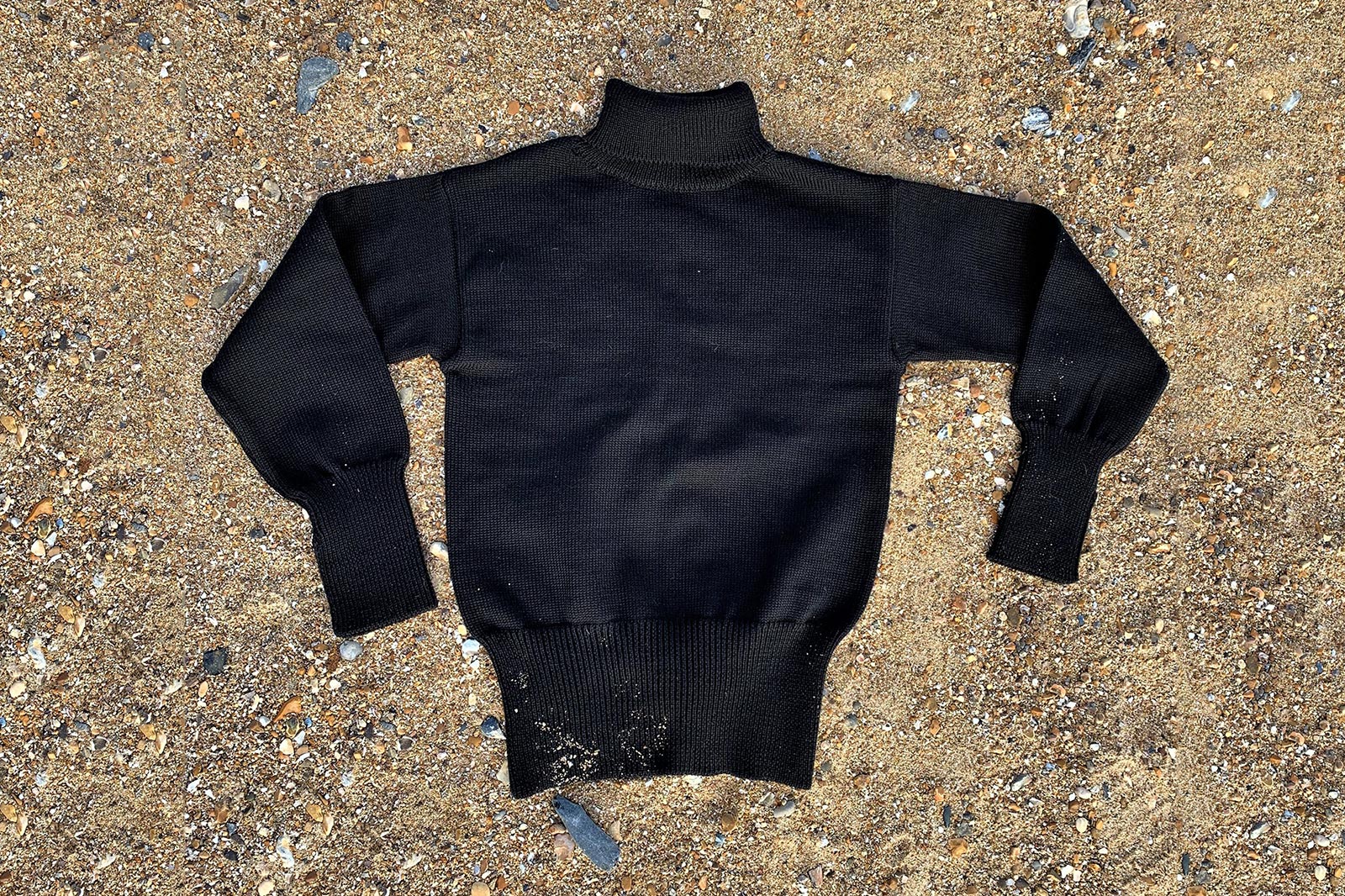 On our side of the Channel, London based North Sea Clothing has made a name for itself crafting timeless clothing inspired by military and nautical pieces. Run by Neil Starr and Tamara Fogle, the company came into existence thanks to a garment worn by those out at sea.“I founded the company about 15 years ago, by remaking a classic WWII issue submariner jumper, after the originals that I was selling on Portobello Road became hard to find,” says Starr. “We have slowly and organically evolved from this ‘nautical’ starting point.”

“During cold Portobello winters, I used to wear a vintage Royal Navy patrol coat with my vintage submariner underneath, which garnered me the nickname ‘North Sea Neil’. Those nautical associations have stuck ever since.” 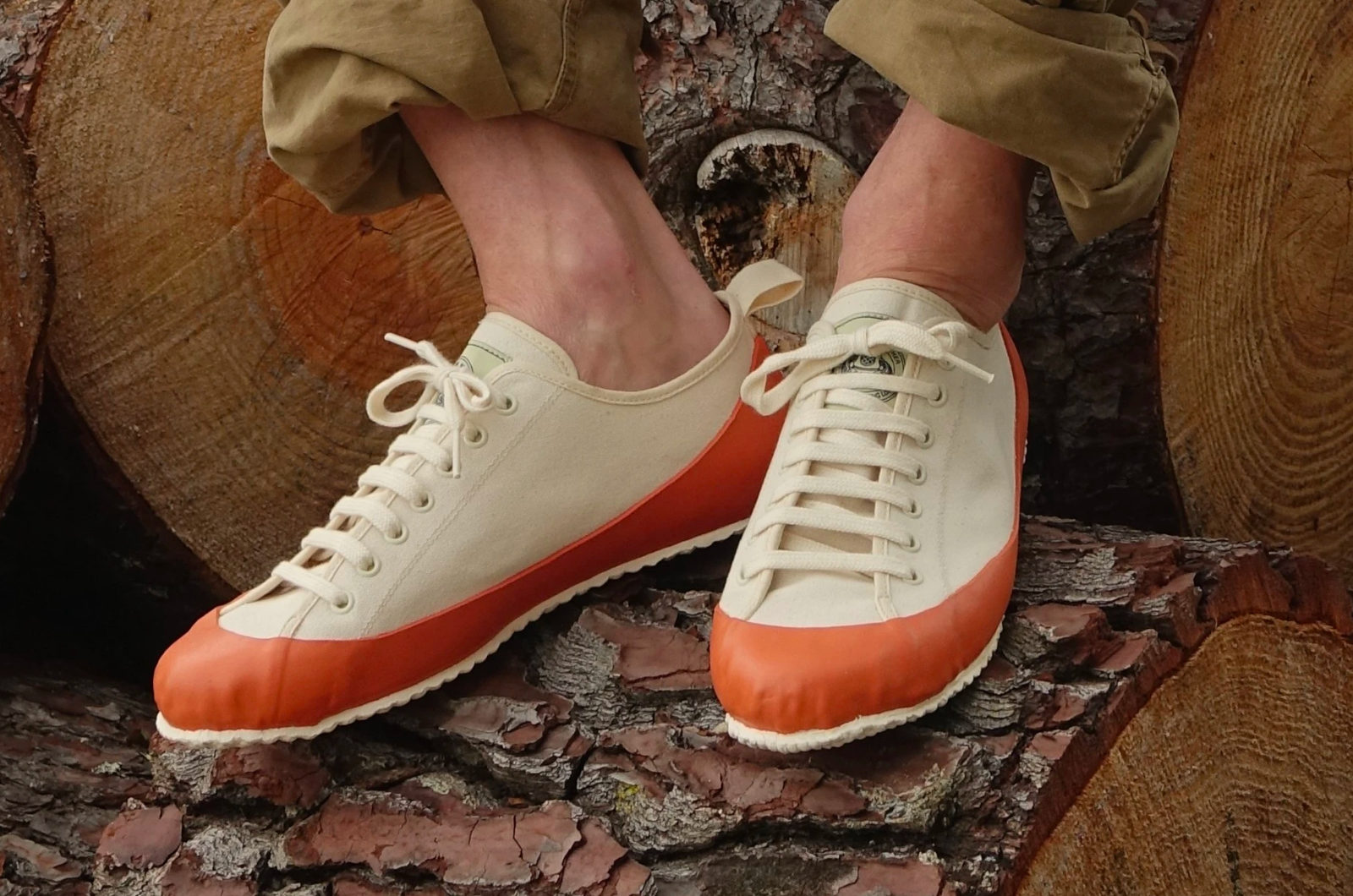 Despite these chilly origins, today the brand offers a range of classic, functional gear for all seasons that’s inspired by this signature mix of the military and the nautical. Take its canvas deck shoes – available with unlined camo, navy or ecru uppers and zingy, coloured vulcanised rubber foxing around the base.

“I didn’t set out to make a pair of shoes fit to wear on a boat, but it just seems to have happened,” says Starr.“The undulating natural rubber trim and sole makes them perfect for sea and city alike.” 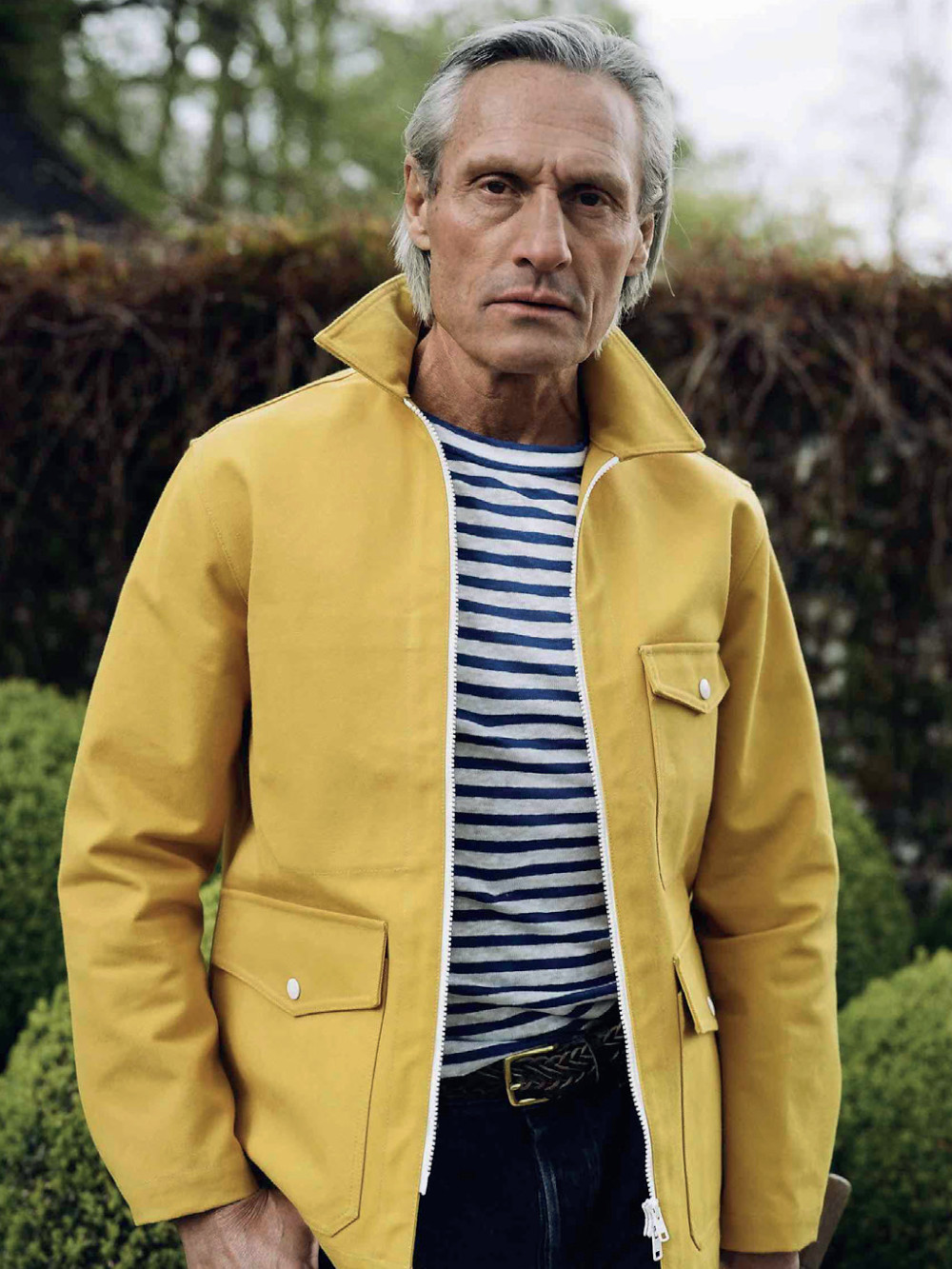 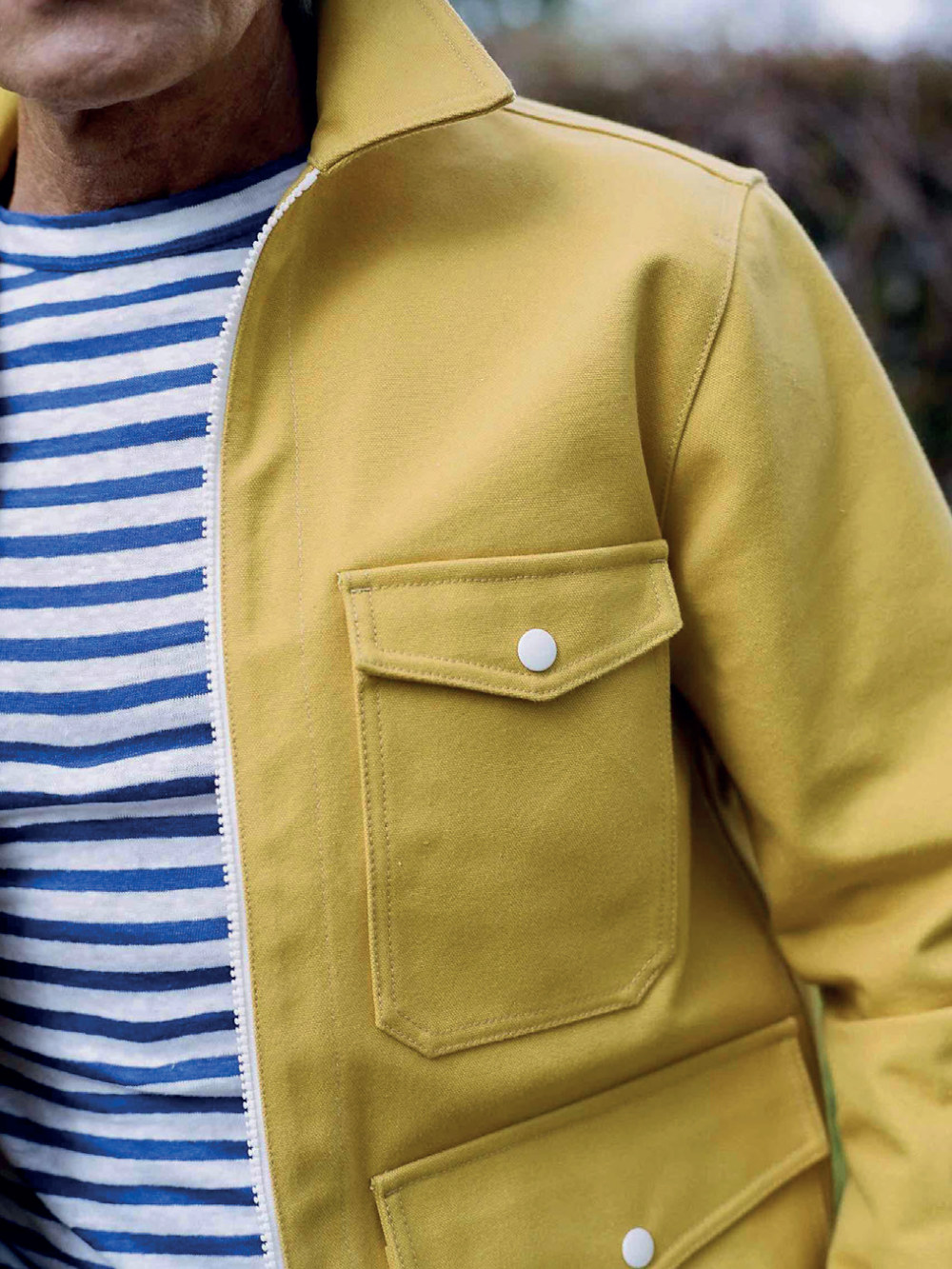 In a similar vein, Savile Row tailoring house Drake’s has introduced a few high-profile pieces into its repertoire this season that look to adapt sea-based style to city life. Alongside a superb knitted linen Bretont-shirt, the most notable example of this is the label’s Sailing Chore Jacket. Starting with the boxy shape and patch pockets of a classic workwear jacket, the house has remixed the garment with a bright white zipper and cut it from a heavy 18oz treated cotton canvas, either in bright yellow or royal blue.

“When we first got the samples through I did think to myself, ‘Perhaps we should have done a navy’,” says Michael Hill, creative director of Drake’s. “But these brighter colours are a bit more nautical and fun. It’s a lovely, practical piece of outerwear, but it’s also a bit of fun.” It’s worth noting that the sea has always been a presence in Hill’s life. When he’s not up in the capital, he lives down on the coast in Devon and his grandfather was a keen sailor – in fact, the sailing chore jacket was inspired by the sort of clothes he used to wear in the seventies and eighties while doing so in Norfolk. 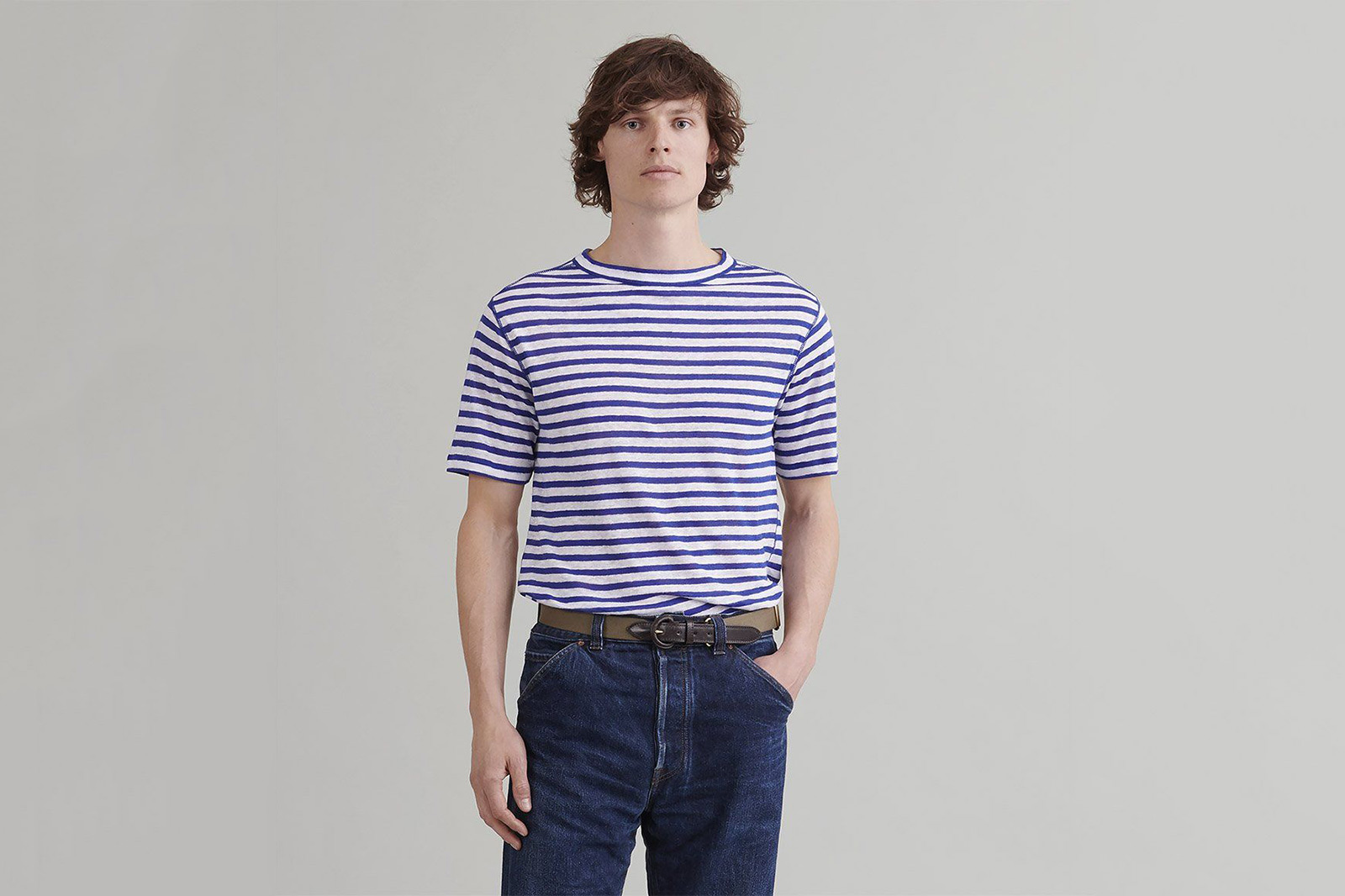 By taking that inspiration, he has created something fresh that still feels like it will have true longevity in a man’s wardrobe. And by doing it now, he’s tapped into an insatiable appetite for menswear that looks out to sea. What does he think is behind this post-pandemic wave of interest in all things nautical?

“For me, it’s the fact that it goes back to something real,” he says. “Not only is it a look that has been established over many decades, but it feels meaningful and safe. Maybe that craving for nostalgia has been more present than ever in recent times.”