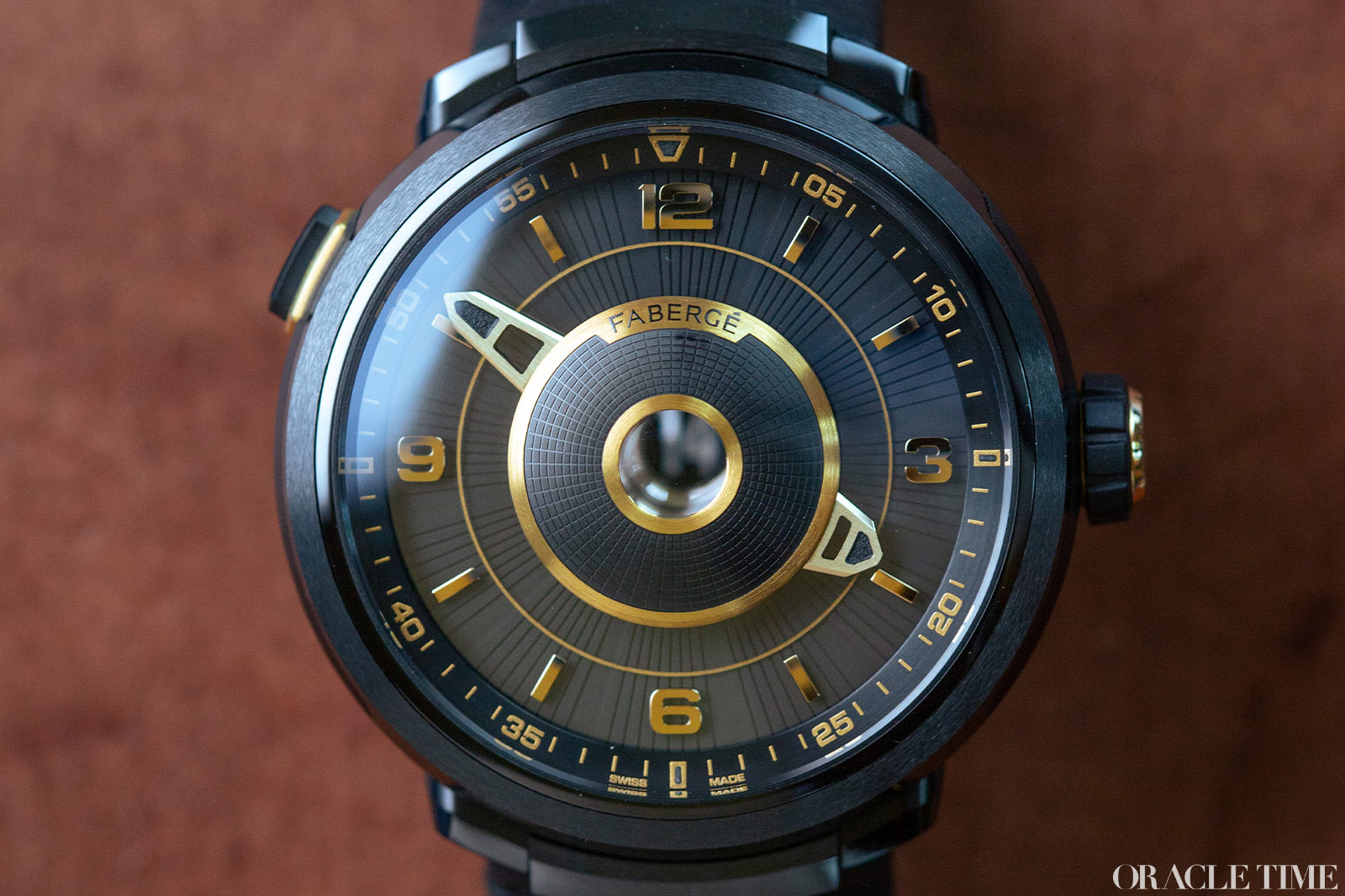 Fabergé has been frustratingly quiet in the watch world of late. Sure, fine timepieces aren’t the brand priority necessarily and they haven’t shifted over quite as much as the likes of Chopard and Bulgari but still, the Visionnaire is a seriously cool watch. It should by rights have a lot more presence than it has. Hopefully, The Visionnaire DTZ Dynamist is here to grab the spotlight it deserves.

The DTZ – or dual time zone – variant of the Visionnaire formula made a splash when it was first launched in 2016. It won the GPHG for travel time watches for one and proved that the Visionnaire design was surprisingly versatile. It even graced one of our covers a few years back. Ah those were the days. Still, I like the Visionnaire DTZ for a lot more than its rosy tint.

At the centre of the watch is the calibre 6924 created by Agenhor, who have a Midas touch when it comes to novel, generally circumferential methods of time display. They were behind the Singer Reimagined Track 01 after all and the DTZ strikes the perfect balance between inventiveness and practicality. Oh and they developed it in under a year. In case the unspoken incredulity in those words doesn’t come across, that’s an incredibly short time. 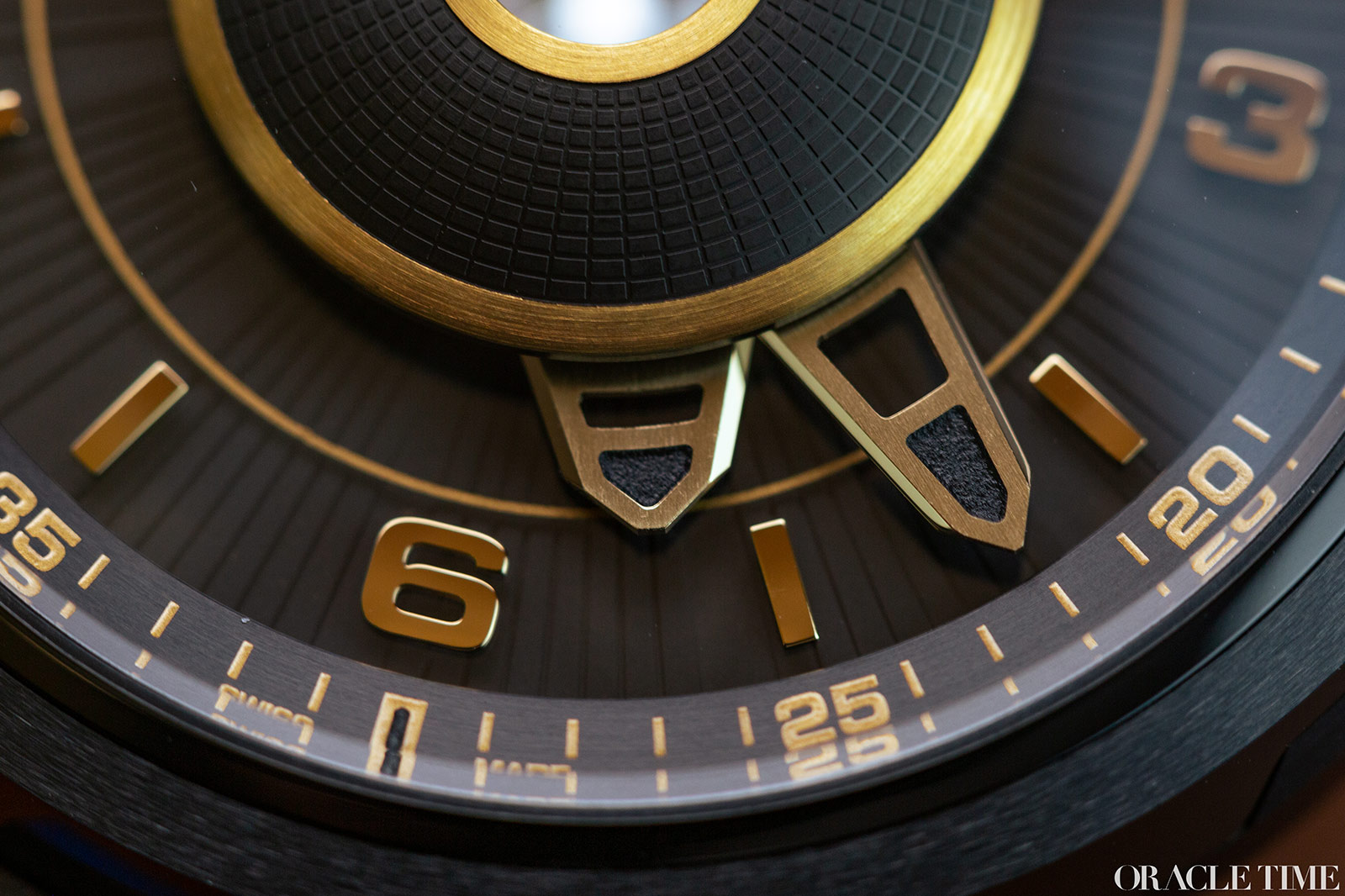 The concept’s pretty simple, really. Around the dial you have hours and minutes mounted onto discs rather than classic hands. By pushing them further out, it allows for an aperture at the middle of the dial showing the hour of the second time zone. It’s cool, simple and easy to grasp. Not all travel watches can say the same.

So, what’s actually different about the Dynamist? Well, other than the new colours, not a lot really. The 43mm case is as elegant and layered as ever, complete with a dial side rotor and a quick-change button for the second time zone at 10 o’clock. 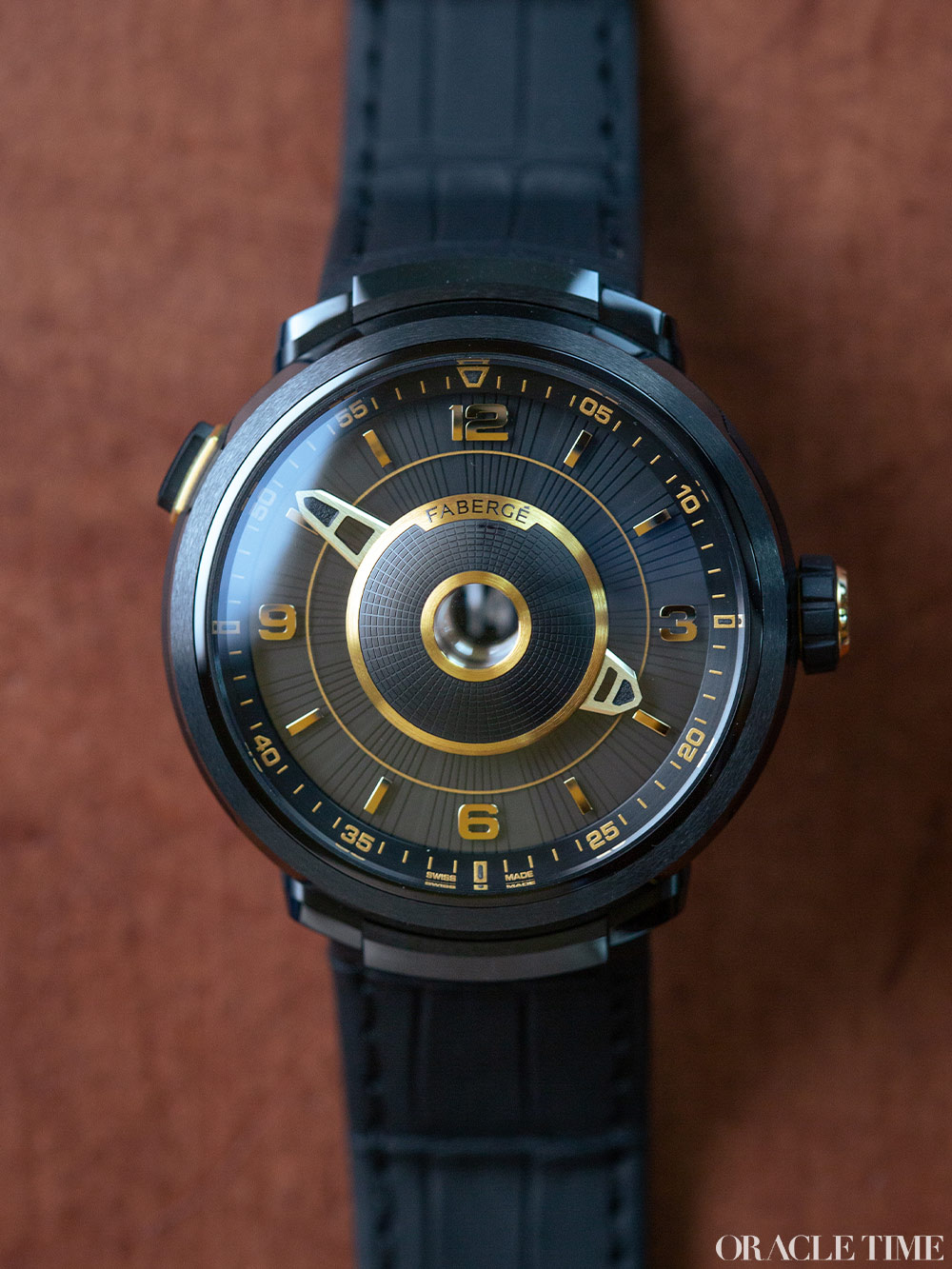 The black and yellow gold are certainly striking in an old school luxury kind of way. Given Fabergé’s history of extravagance, it fits and personally I think it works incredibly well with the distinctive modern look and concentric rings of the Visionnaire design. Some of the more obsessive detail has been removed too, streamlining the whole thing.

I do however wish that Fabergé had had a bit more fun with it. This is the big comeback of the Visionnaire DTZ! When I heard it was coming I was waiting with baited breath for some serious colour to match Fabergé’s jewels. Even a bit of green – a colour that every watchmaker in the world has done this year – would have been welcome over simple black and gold.

Looks aside, it sits as nicely on the wrist as ever, with strap attachments too subtle to really be called lugs. Because of that, the 43mm feels relatively small, especially as it’s made from a mix of titanium and black ceramic for hardwearing lightness. 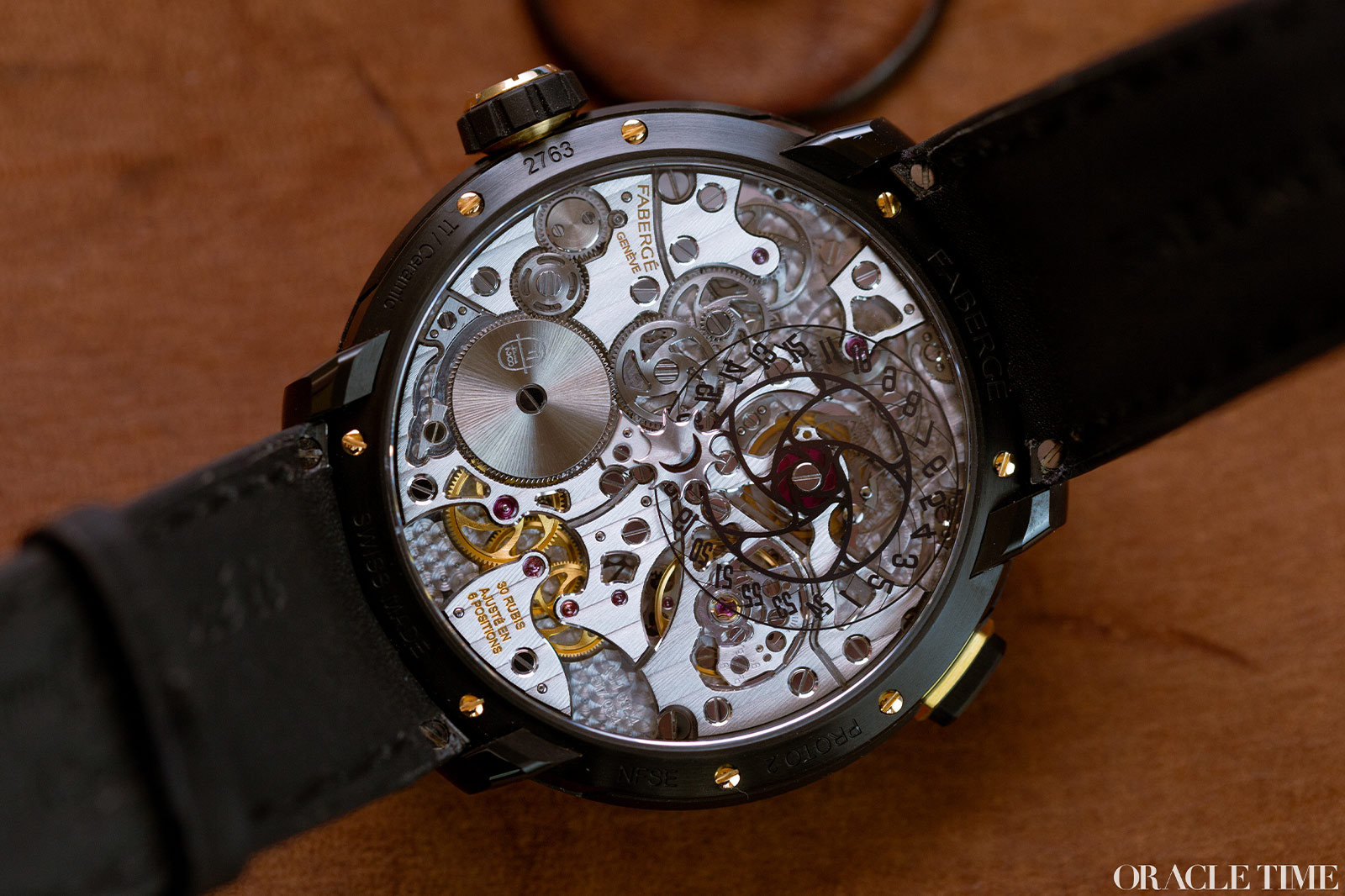 The movement’s also worth looking at, if only because there’s not much else like it mechanically. It also has a few heritage Fabergé nods, though I did need the ‘peacock-shaped component’ pointed out for me to realise what it was. Even if you miss that, it’s impressive.

So no, there’s nothing new here. Still, I can’t complain. It’s a damn fine watch even if it’s not what I was hoping for and anything that puts the DTZ back into the horological conversation is worth doing. Not that I don’t have my fingers crossed that we’ll see a bit of bright blue or green on the next. Or red? Please be red. The new Type XXI 3815 Chronograph may be based on a mid-20th century pilots watch although vintage...