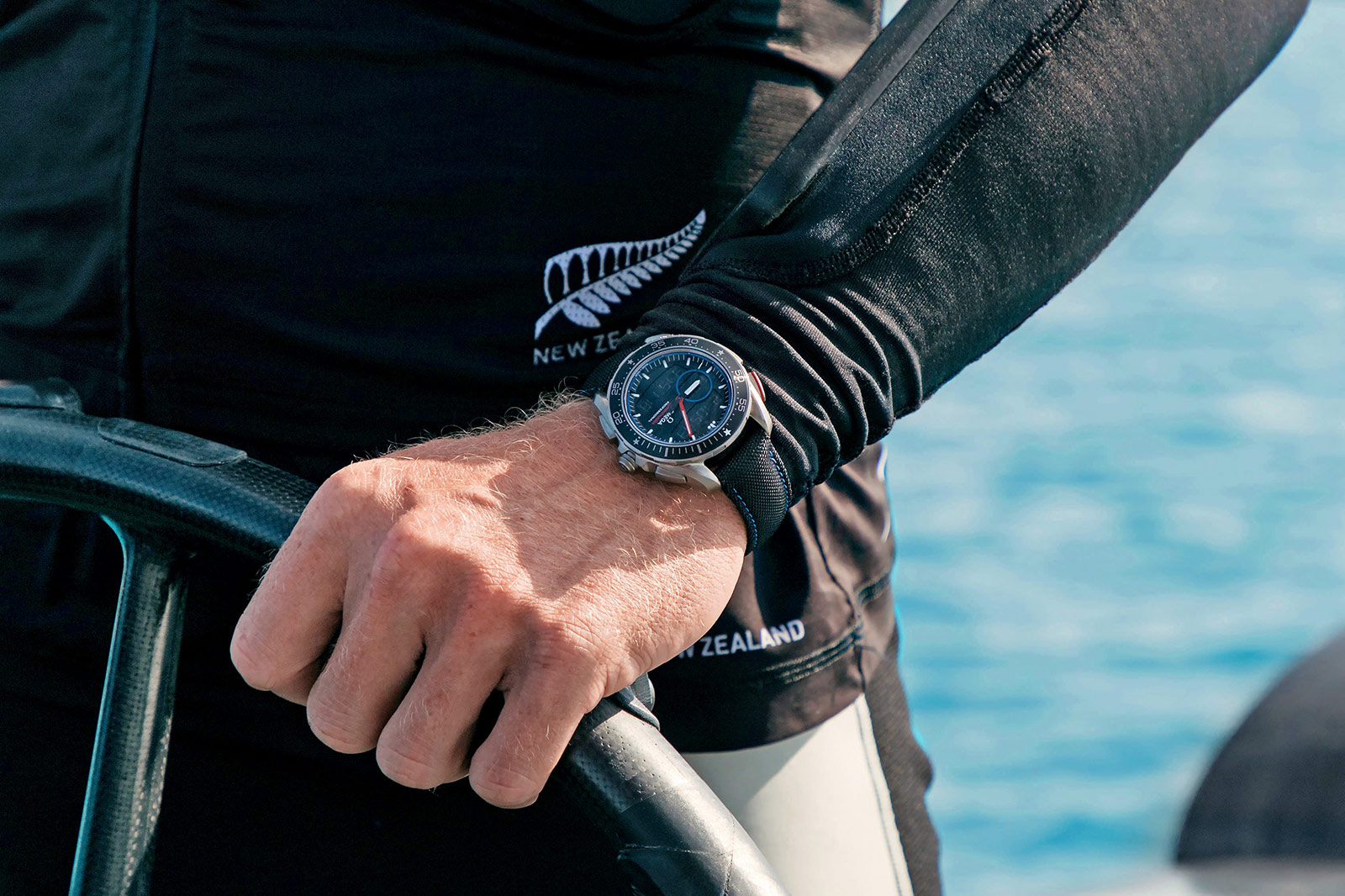 It’s not often that specific sports-related functionality makes it into mechanical wristwatches. Few manufacturers have expended time or resources in marketing the 45-min totaliser as a football timer; there are no specifically marked countdown bezels to mark the passing of an NFL quarter. Why then, does a relatively niche sport like yacht racing have a veritable plethora of watches dedicated to it, and what do they actually do?

Towards the end of the 19th century, championed by the then Prince of Wales, new rules were adopted by the Royal Yacht Association for racing, including a two-minute window for a ‘flying start’. This was quite a change, as boats had previously been required to line up, or be tethered to buoys, for a standing start to each race. A flying start allows a skilful skipper to reach optimal speed over a pre-determined time period and (hopefully) to hit the start line just as the race is started. 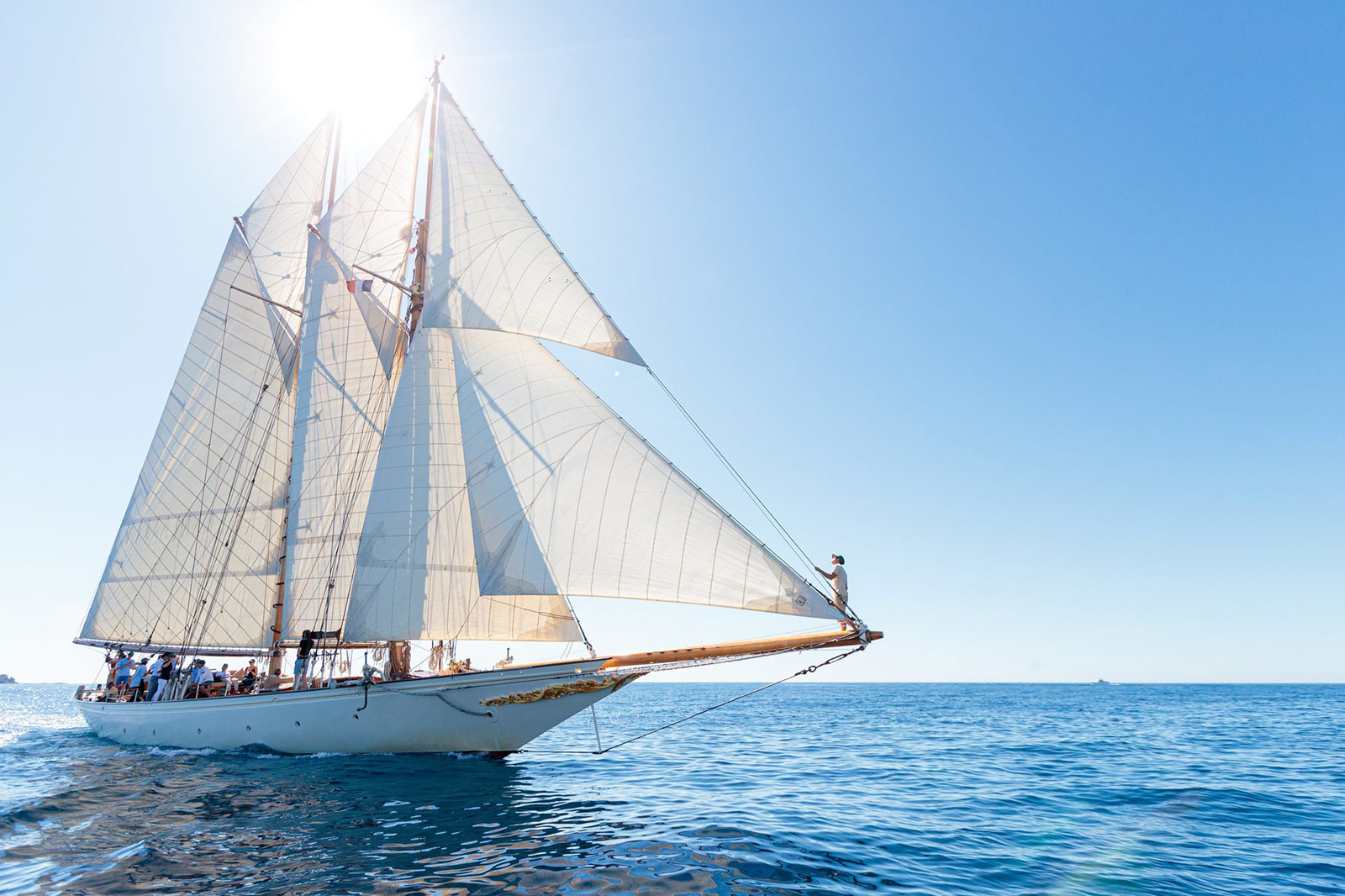 Rules were amended and expanded, increasing to a five-minute period, and then a series of five-minute segments prior to the start. It was at this time, perhaps during the 1930s after international regulations had been codified, that stop-watches were first modified to include yacht-timer or regatta functionality. Early models appear in the pages of magazines describing their “five-minute registers, dial marking reversed to regular timer.” Gallet’s version had three five-minute segments which were “excellent for timing race starts.” These modified stop watches were standalone items, with no timekeeping apart from their countdown ability. 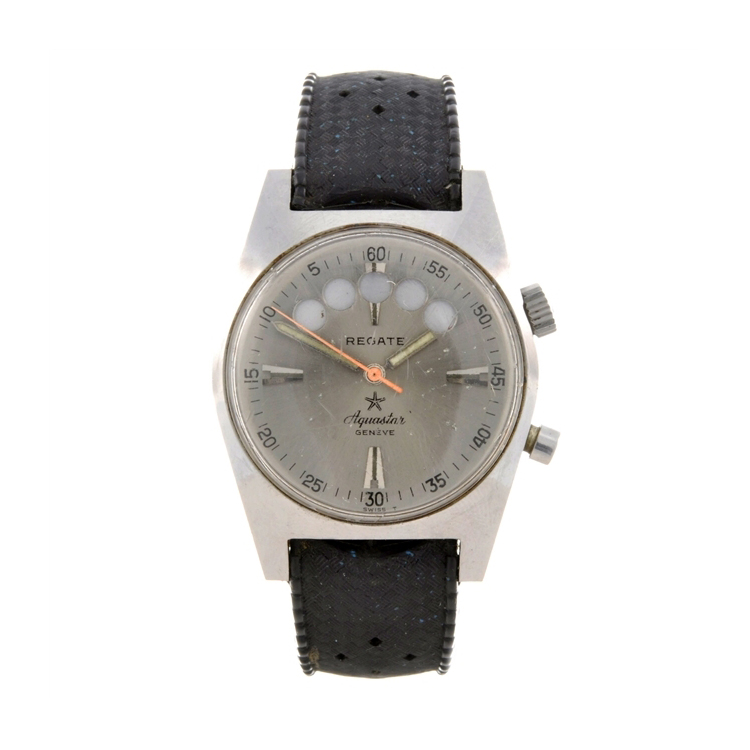 The first wristwatch with true regatta functionality appears to be the Aquastar Régate, according to a patent from 1961 (using a modified Felsa 4000N). This was probably the first watch to use the now-familiar pattern of five circles to indicate the passing of time. The original Régate only had a five-minute countdown indicated by circles which turned from red to silver as the minutes passed. Later versions were modified to include red and blue sections, so that the full ten minutes of pre-racing could be covered. The Régate was automatic, water resistant to five atmospheres and used the now familiar skin diver-style case design.

Similar watches were produced for Heuer; later watches used a Lemania movement, the 1435, which was also based on the Felsa. One thing that is often missed is the flyback action of the seconds hand, making these movements relatively complicated when compared to a standard chronograph. Even the venerable Valjoux was converted for regatta use (the 7737), and can be seen in the UFO-shaped Memosail, et al. In perhaps the strangest use of regatta functionality, Omega expanded the number of circles to seven – ostensibly to assist freediver Jaques Mayol to track his breath-hold times. 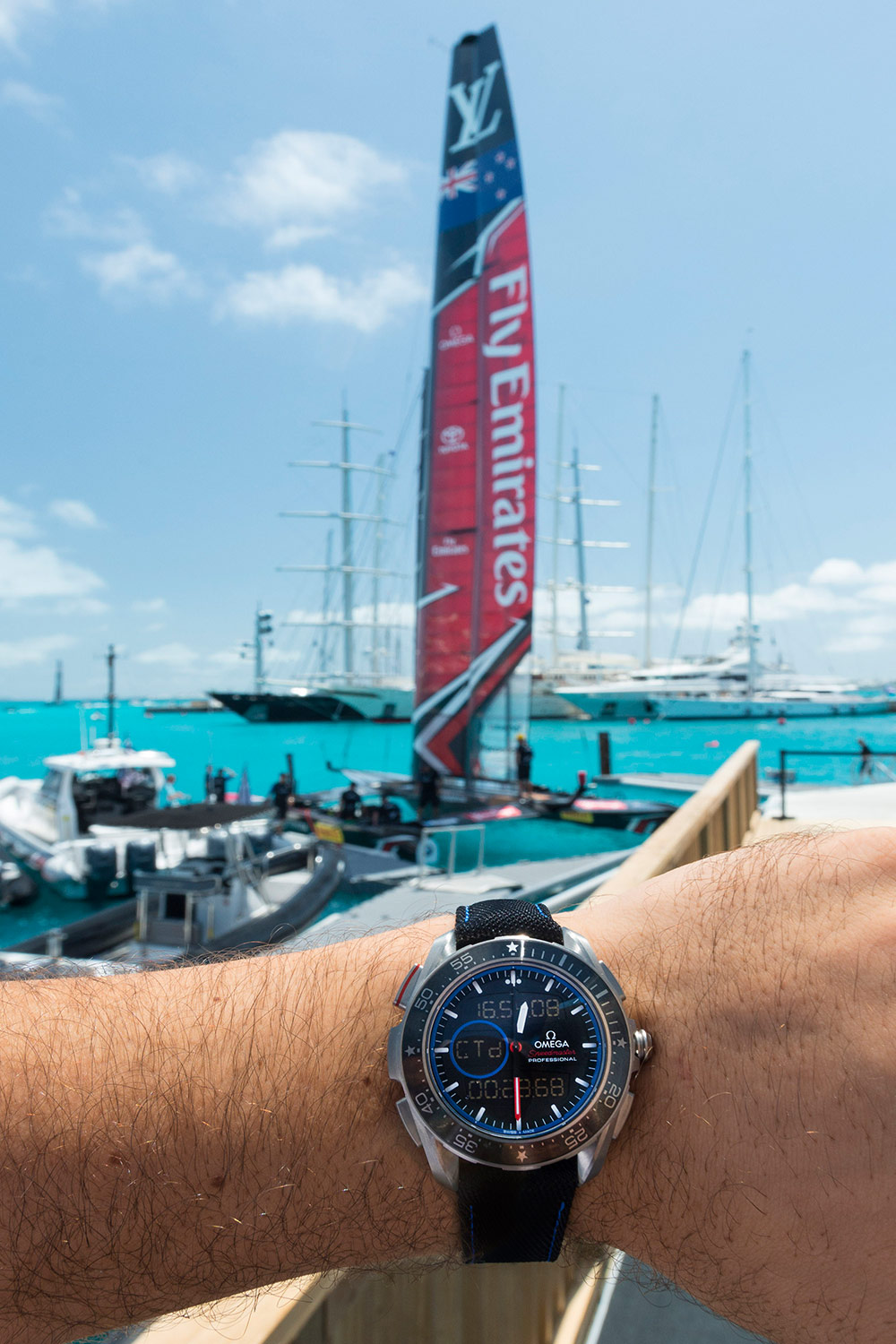 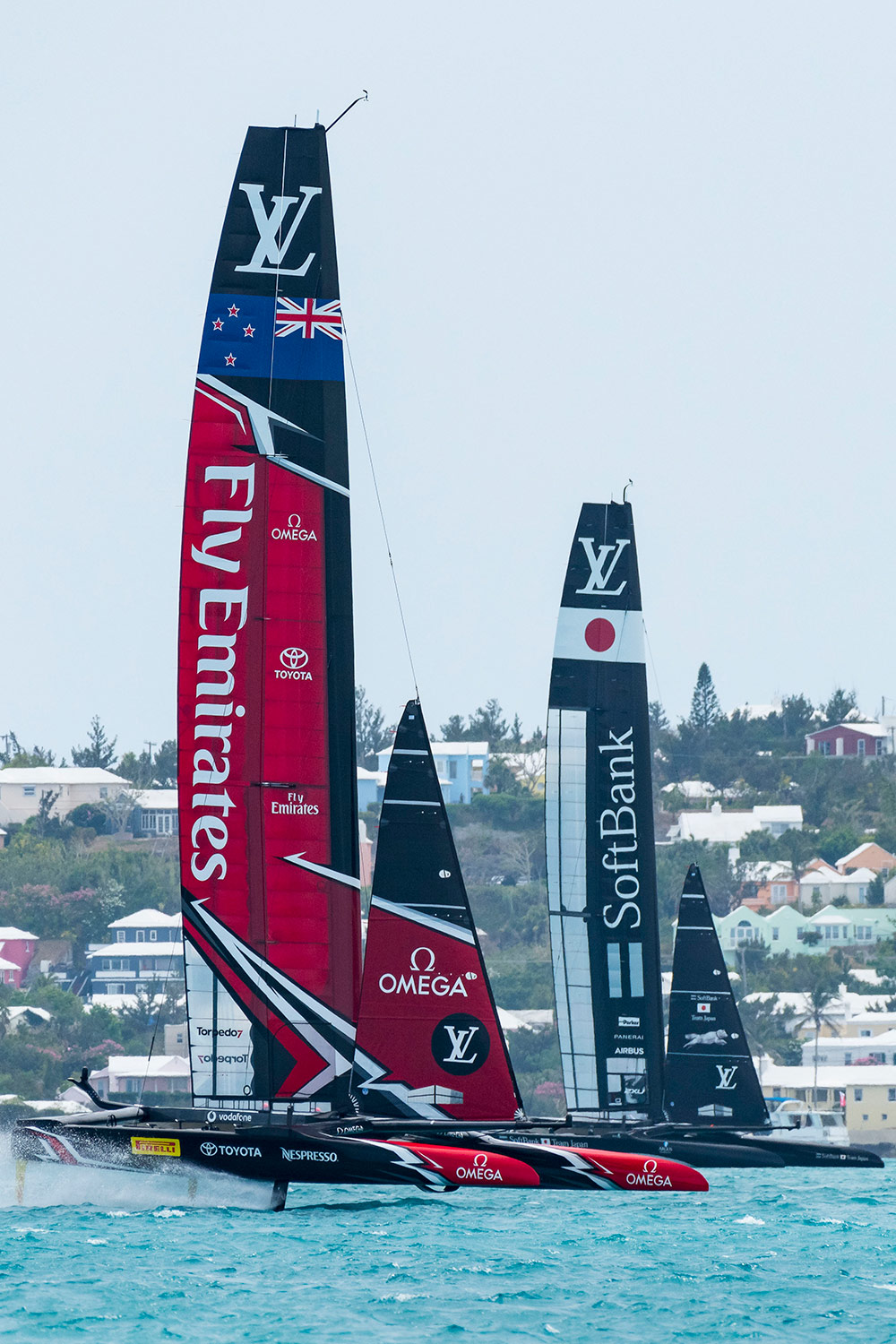 Modern mechanical regatta watches still follow the same basic principles of those earlier models, but often include an extended 15-minute totaliser, or additional flyback/rattrapante complications. Yachting watches continue to be released, at all price points, from brands like Rolex, Omega and Timex, often attached to prestigious events such as the America’s Cup. However, digital versions now offer various additional features – maps, GPS, compass and even a virtual start line – far outweighing their mechanical counterparts in terms of functionality.

It’s interesting to note the success of the relaunch of the Aquastar brand last year; who knows what their next release might bring? 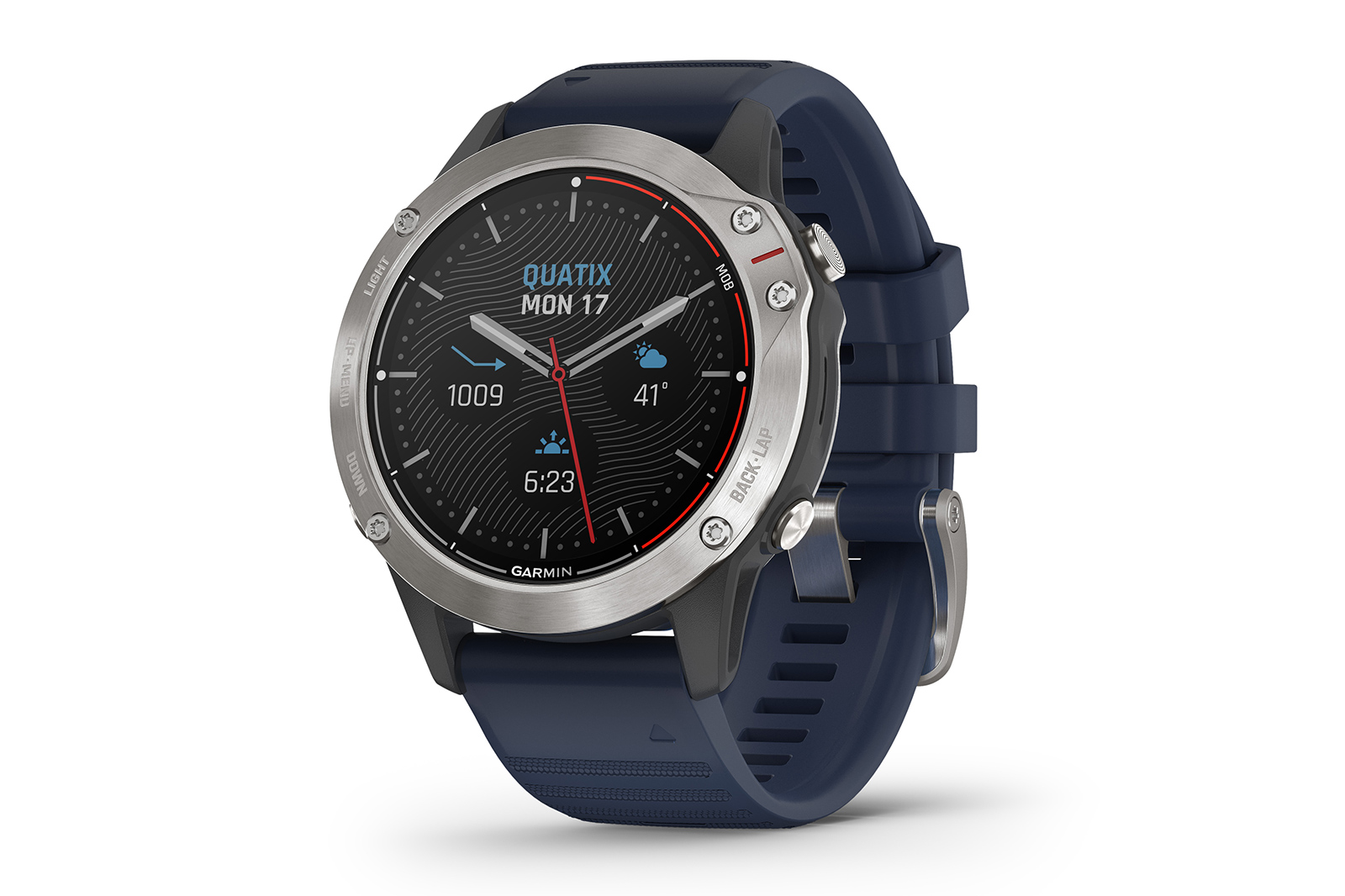 When every second counts and a standard mechanical timepiece – no matter how well made – will cut it, enter Garmin with yet another of their incredibly specialist smart sports watches. The Quatix 6, as its place on this list might suggest, is a sailing watch through and through, complete with a regatta timer (among other features) and 100m water resistance. 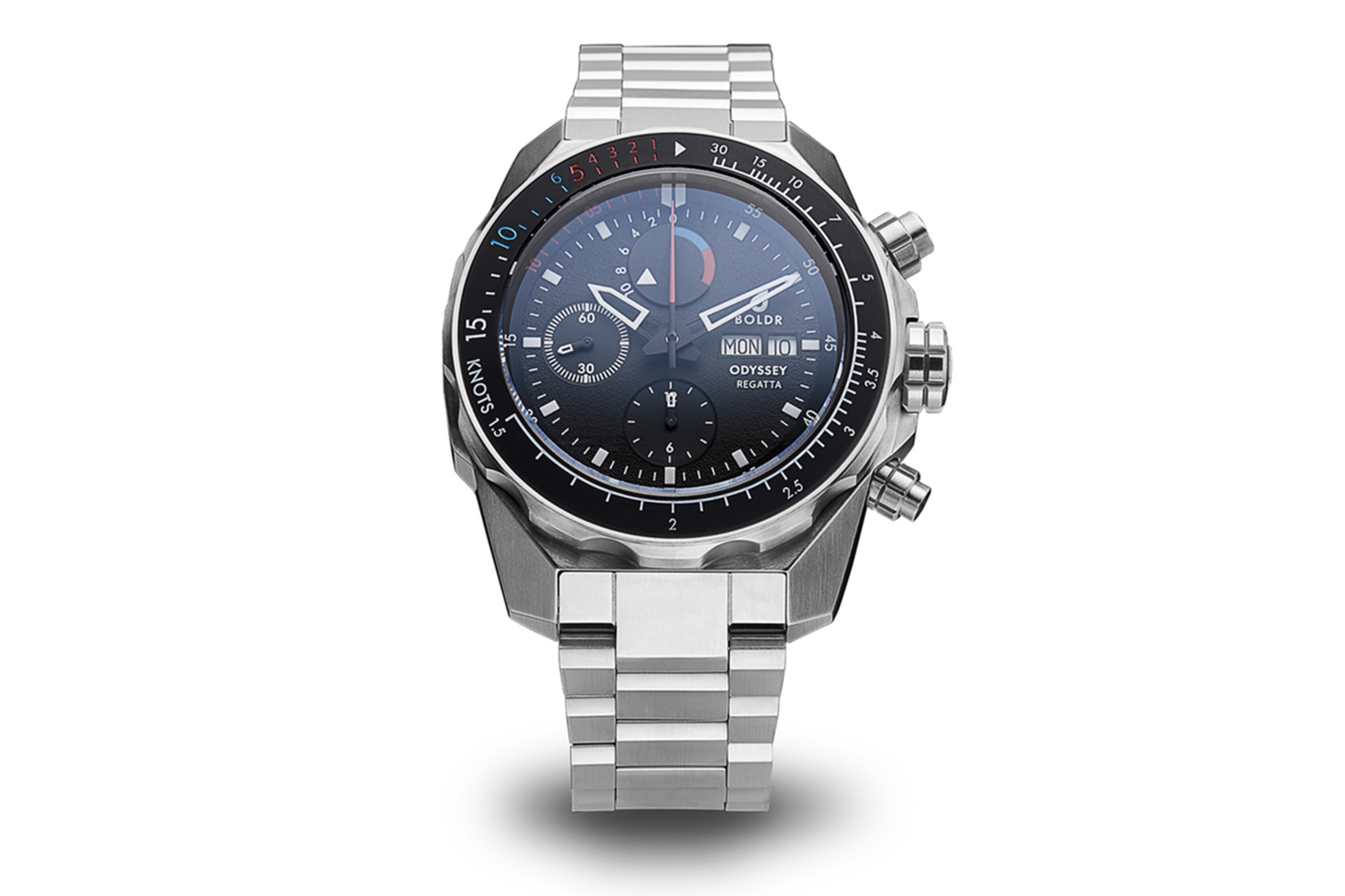 New to the rugged tool watch arsenal of BOLDR Supply Co., the Odyssey Regatta is a bit of a beast that can boast 45.5mm of stainless steel. Perhaps most importantly, that chunky case means it can survive 500m under the water, perfect for if you fancy a spot of mid-race scuba diving. Or you fall in accidentally of course, but that would never happen. 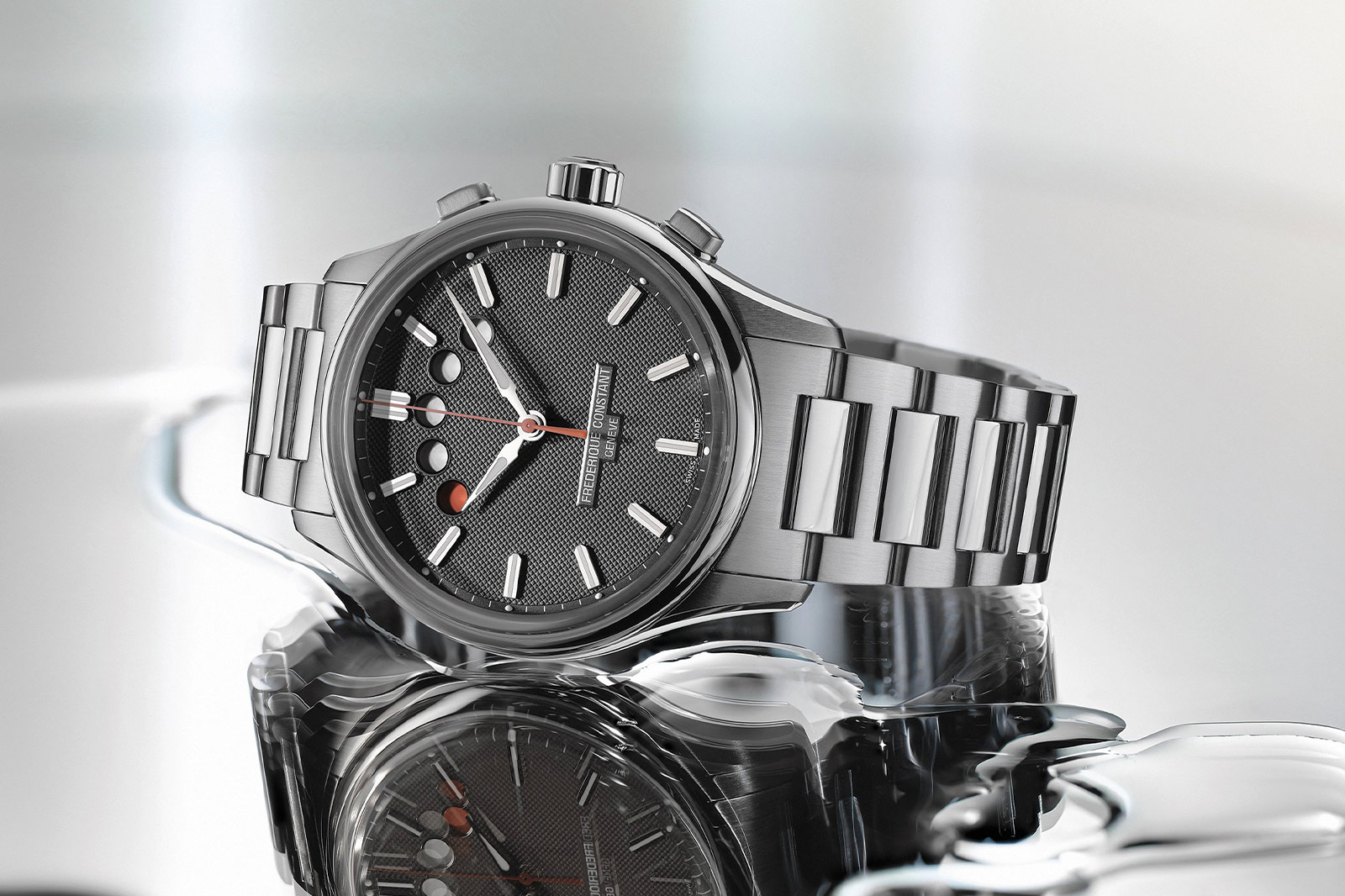 About as pared-back as a regatta timer can get, Frederique Constant’s back-to-basics approach to the complication means an impeccably elegant timepiece that still gets the job done, provided an estimate at a glance is enough to keep you and your crew on track. Complete with an in-house FC calibre, it’s also a lot of watch for the money. 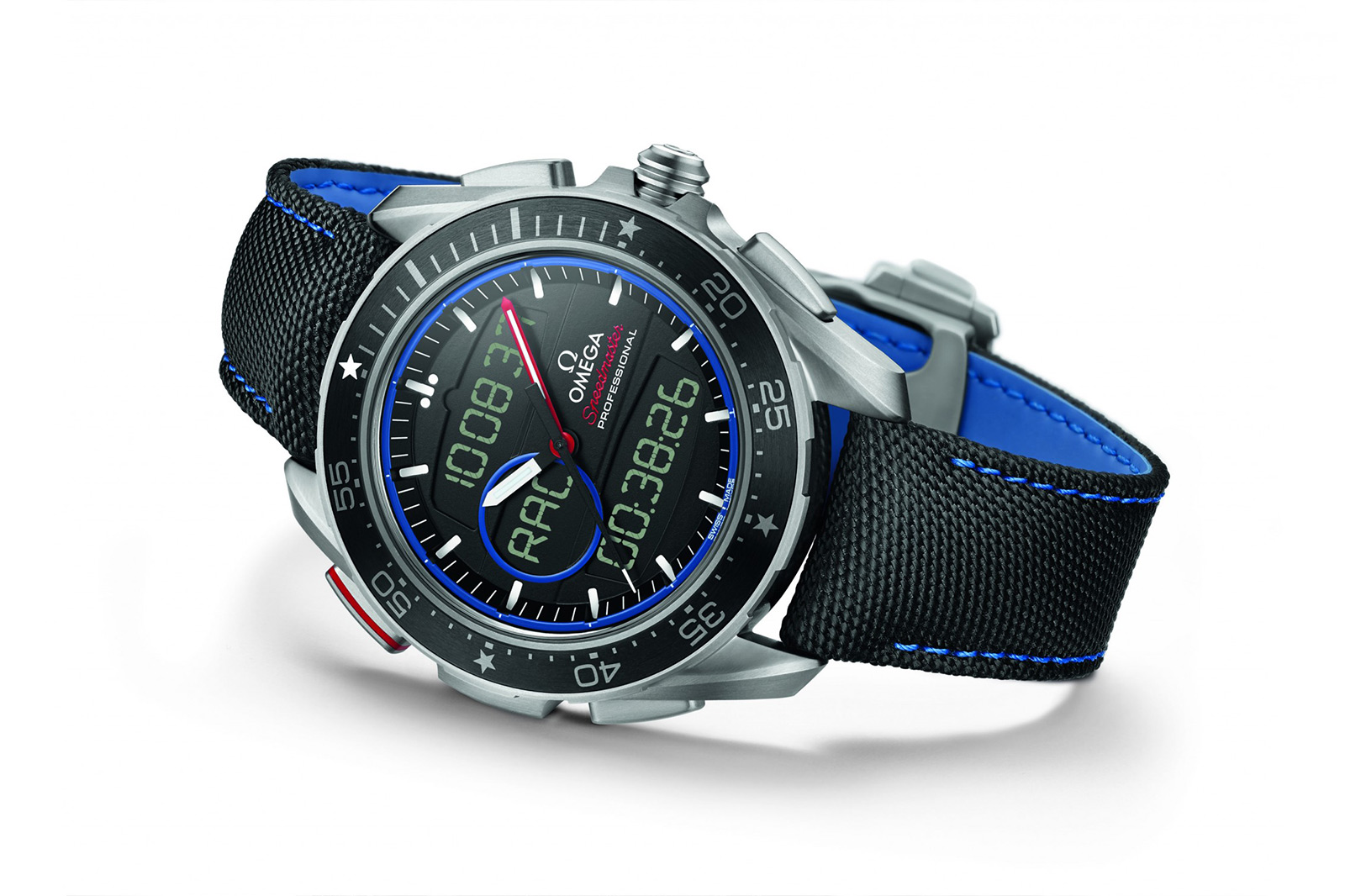 Built specifically to accompany Team ETNZ into the Americas Cup, Omega’s digi-analogue hybrid is cased in grade 2 titanium and inspired by the colours of the legendary sailing race. It’s a limited edition from a few years back that may be getting tough to find these days, but it’s nonetheless the best of both horological worlds. 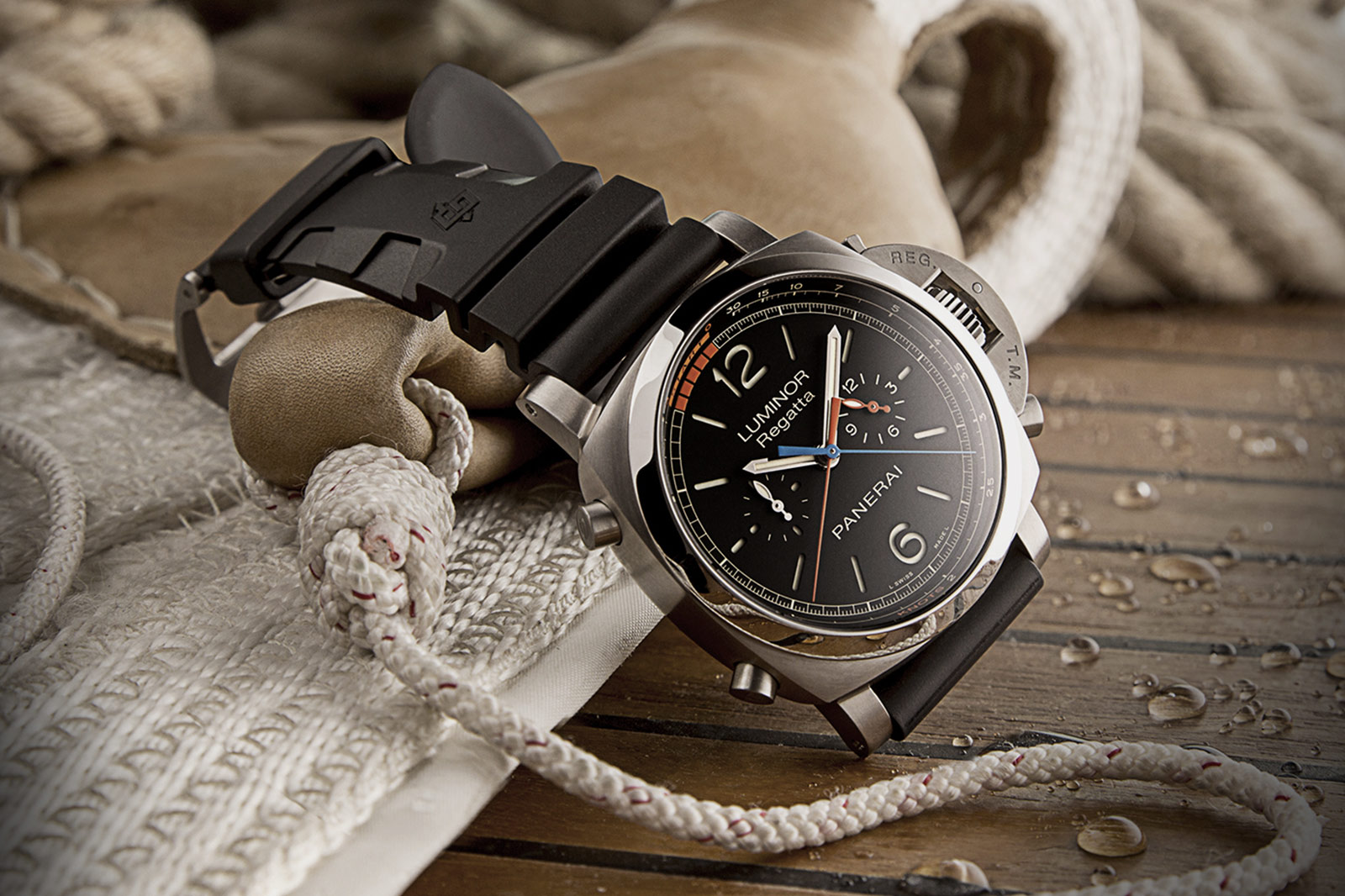 For when you want to make more of a splash at the boat club post-race than you expect to on the water, Panerai’s 47mm chunk of prestigious metal is a stunner. It’s one of the more technical looking Luminors out there and suits the oversized crown guard to a tee. There’s no missing this one – which let’s be honest is a lot of the point.