Whether it’s a military-inspired tool watch or one suffused with the ineffable spirit of adventure, these watches will hold you in good stead wherever life takes you. 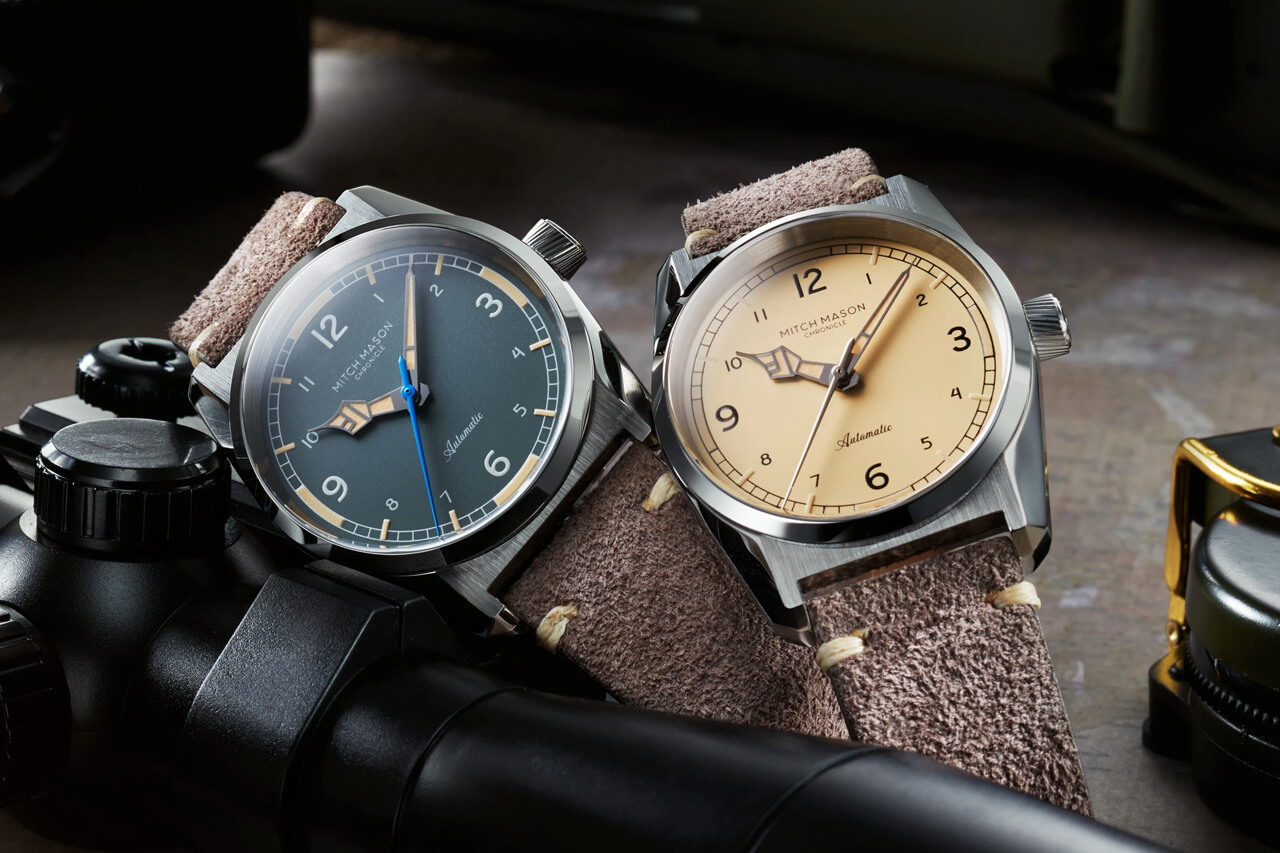 The field watch has seen many iterations over the years and it’s not often we see a genuinely new interpretation. This is one such time. Mitch Mason’s Chronicle is among the nicest-looking daily beaters we’ve come across, combining 40s vintage styling with modern watchmaking and the kind of versatility that means it’ll be hard to take off. Available in black, blue, grey and cream, its powered by a Miyota 9039 movement and water resistant to 200m. This isn’t your granddad’s service watch, but he’d definitely be more than happy to wear it. Keep your eyes on Kickstarter for this one.

Magnetism is the hidden enemy of movements everywhere, the silent killer of hairsprings across the world. With the latest high-tech timepiece from EC Andersson you don’t need to worry. The Göta-Lejon GMT is equipped with the brand’s Kontra Gauss shield which battles magnetism. It also happens to look great, the sunray blue version specifically. Throw in a GMT and 100m water resistance and you have a watch that’ll tell you two time zones, no matter where you take it.

In 1904 Norwegian sailor Ole Brude crossed from the port of Alesund to the USA in his self-designed lifeboat. Von Doren’s Uraed is inspired by that epic journey. The 40mm rounded case takes its design cues from the classic pieces of the 1900s and is available in a trio of seafaring colours: Lava (black), Atlantic Blue and the lovely Green Sea. If you happen to speak the language (or just want a nice point of difference) you can also get the days written in Norwegian. Either way it’s a striking nautical timepiece, incredibly well-made and finished on the reverse with an engraving of the vessel that inspired it. 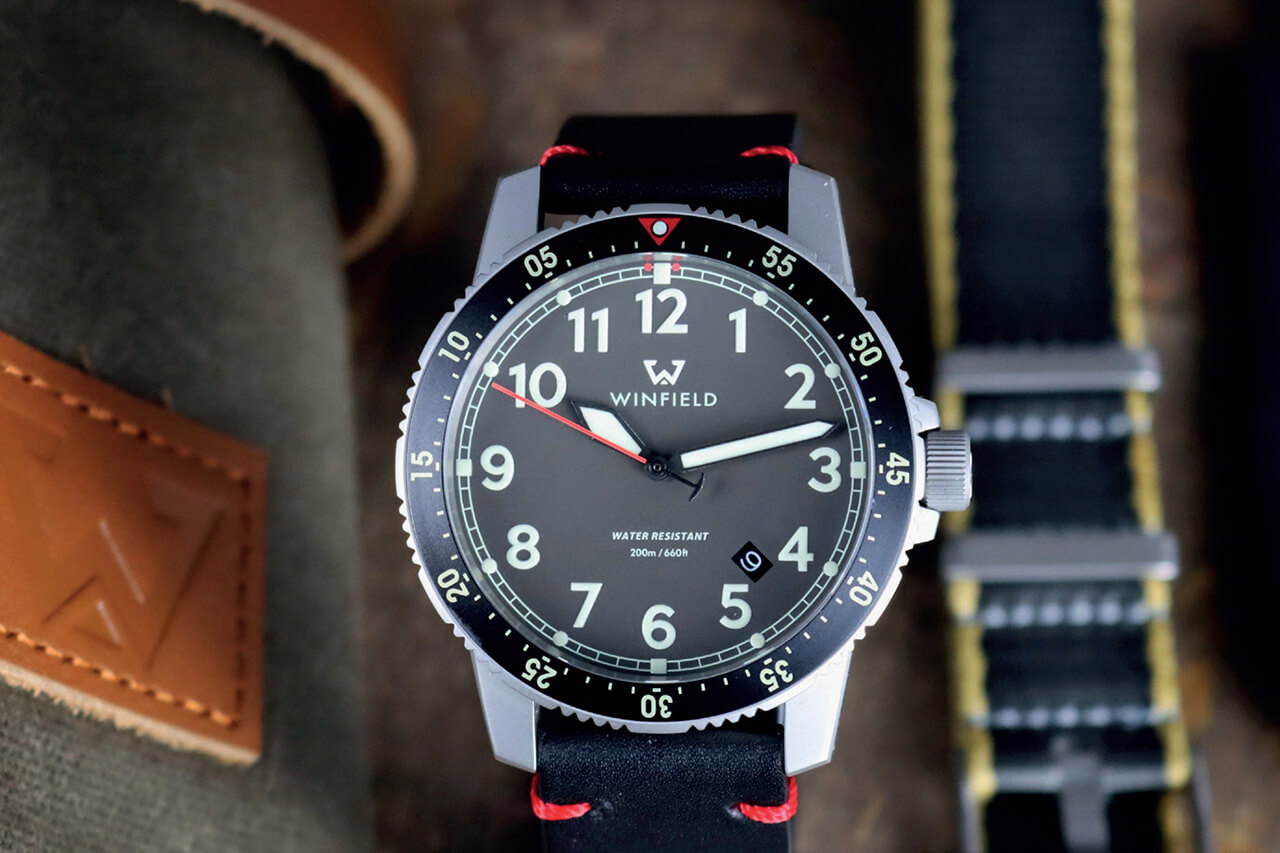 If there’s one thing you want from a tool watch, it’s survivability. There’s no point having one if it can’t survive a few knocks on a cliffside. Winfield’s MT1 is built to last, probably a damn sight longer than you are, with a solid 316L stainless steel case, plenty of lume and 200m water resistance. It’s even equipped with a Ronda 715Li quartz movement to ensure it can keep going through any conditions, at any time, and you don’t need to stop to wind it. If you’re after a watch as ready for a challenge as you are, look no further. 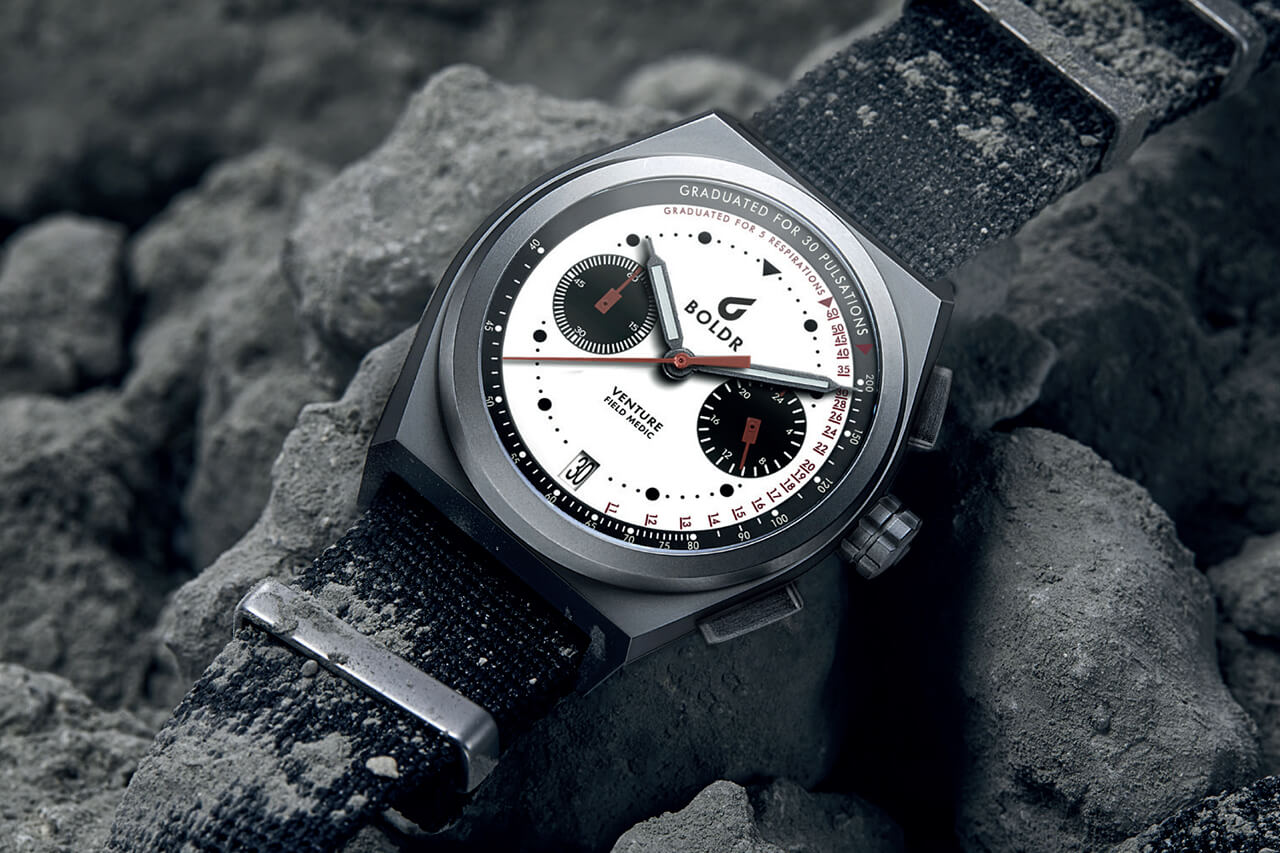 Now more than ever, healthcare professionals need to be in the field, assessing the damage Covid 19 is doing. Boldr’s latest piece is designed for them. A timepiece for medics, the Venture Field Medic is a collaboration between the Singaporean watch brand, Portuguese designer Danny Luís and Indian-based physician Dr. Karan Madan. The result is tough, light, 38mm titanium timepiece that can survive anything. It’s also incredibly cool, particularly in the panda-dialled Medic II. Better yet, it’s a great price, a tenth of which will go directly to Doctors Without Borders, Red Cross Singapore, and several other COVID-19 relief funds. 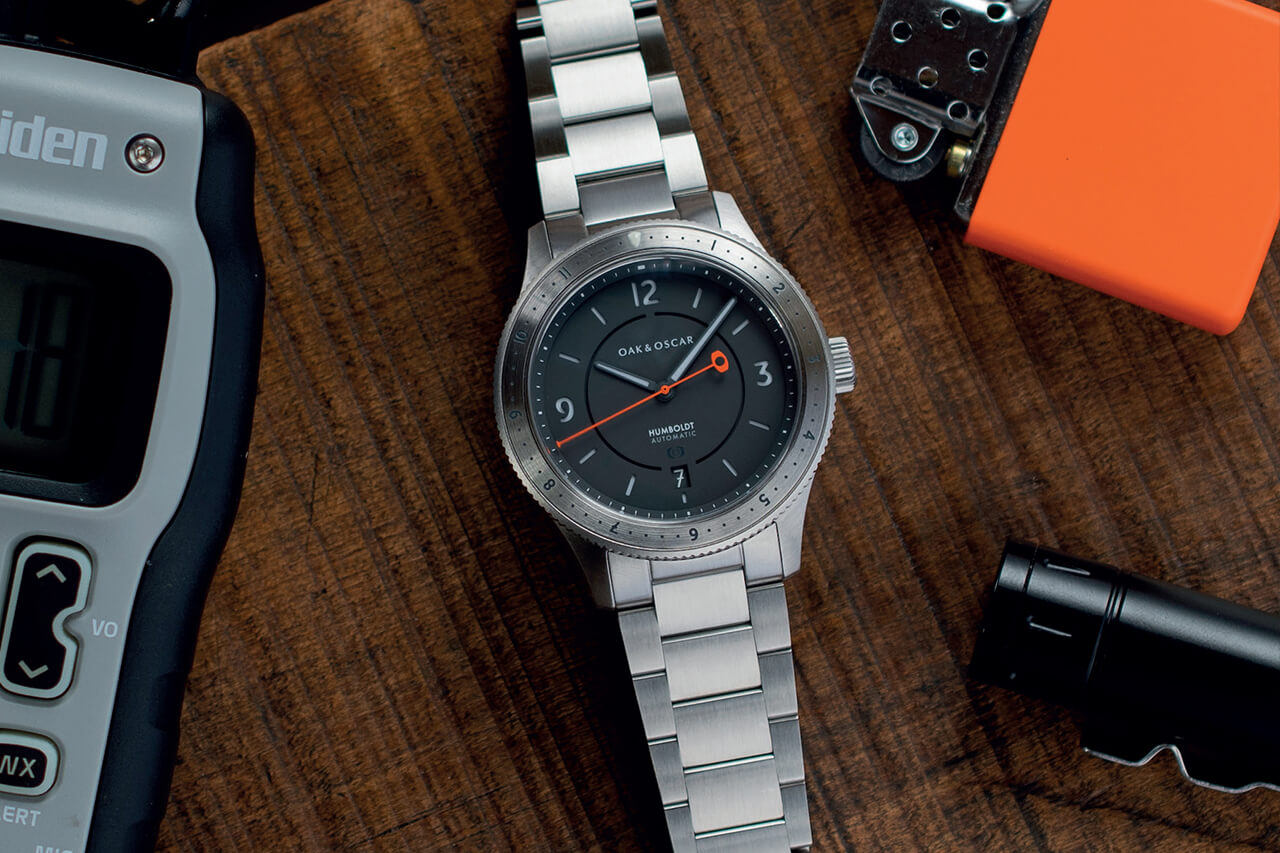 Named after 18th-century explorer Alexander von Humbolt, Oak & Oscar’s take on a classic field watch pretends to that same sense of boundary-pushing wanderlust but without the pretence that comes with having ‘von’ in your name. Instead, they’ve built a rugged, compass-round 40mm case with a rotating 12-hour bezel (the simplest way to do two time zones) and 200m water resistance. Like many on this list it’s powered by the ETA 2892 calibre automatic movement and, on the bracelet particularly, is a seriously good-looking piece of watch.

BÓLIDO’s signature sloped cases are as unique in their construction as their looks. Each is milled top-down from a solid block of metal, meaning that the case is of one piece. This in turn means extra water resistance and an incredibly solid feel. With a huge crown at 12 o’clock, BÓLIDO watches are cool, industrial and surprisingly affordable. This Savannah yellow version for example, complete with an STP 1-11 automatic movement, comes to just under Euro 700. Finished with a black PVD coating (because contrast is king), it’s as sporty-looking as it is rugged.