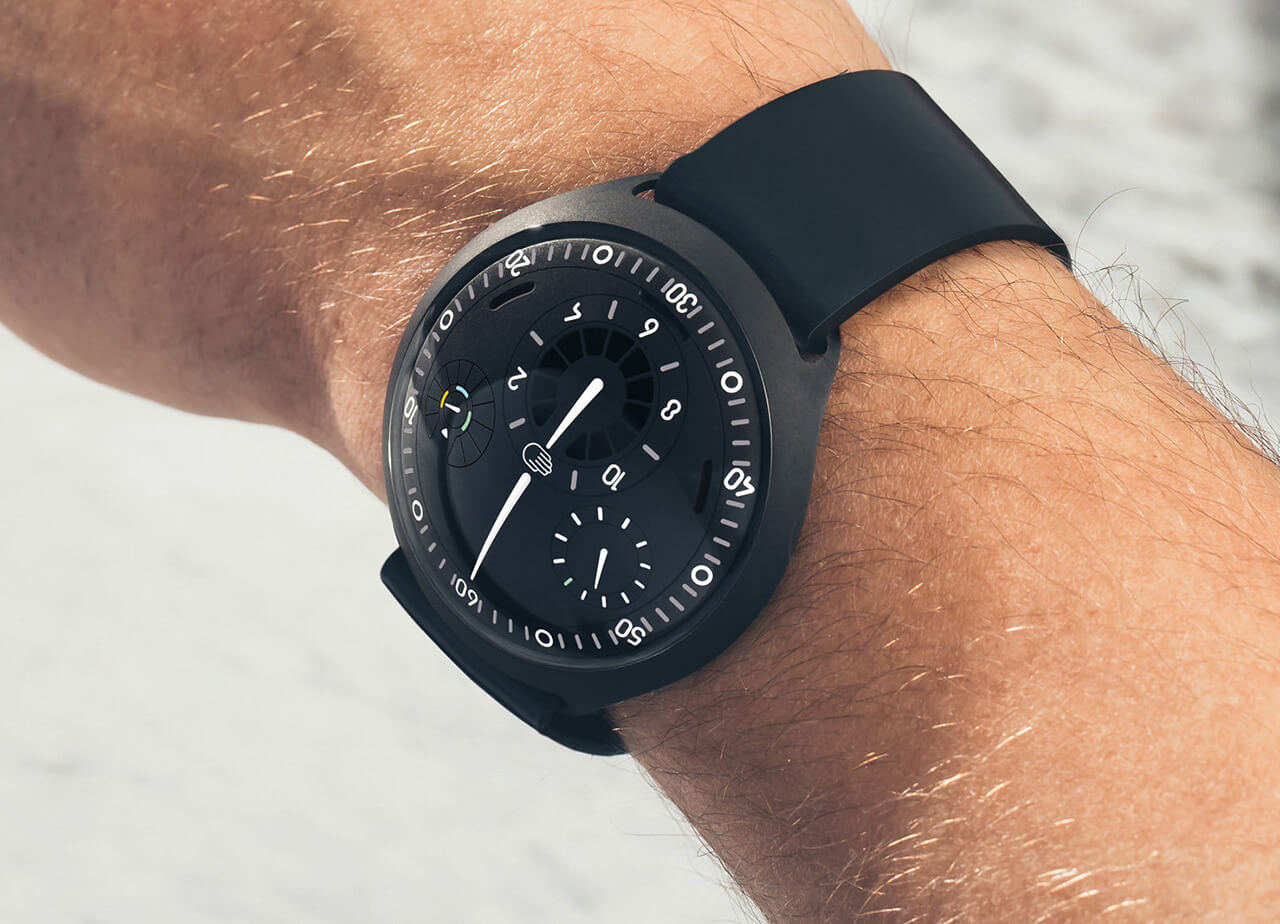 Last year at SIHH 2018, Ressence showed off their e-Crown Concept, a watch that became one of our favourite watches of the year. Hell, we put it in print multiple times (such as our independent watchmaker’s piece here). The big question though was whether it would become an actual, realised, production watch. That question has now been answered with the Ressence Type 2 e-Crown.

In short, it’s a smartwatch with the emphasis on the ‘watch’ part of that equation. It can’t tell you the weather in Dubai (hot, probably) or when your train arrives (late, probably) but it can tell you the time – and far better than nearly any other watch out there. 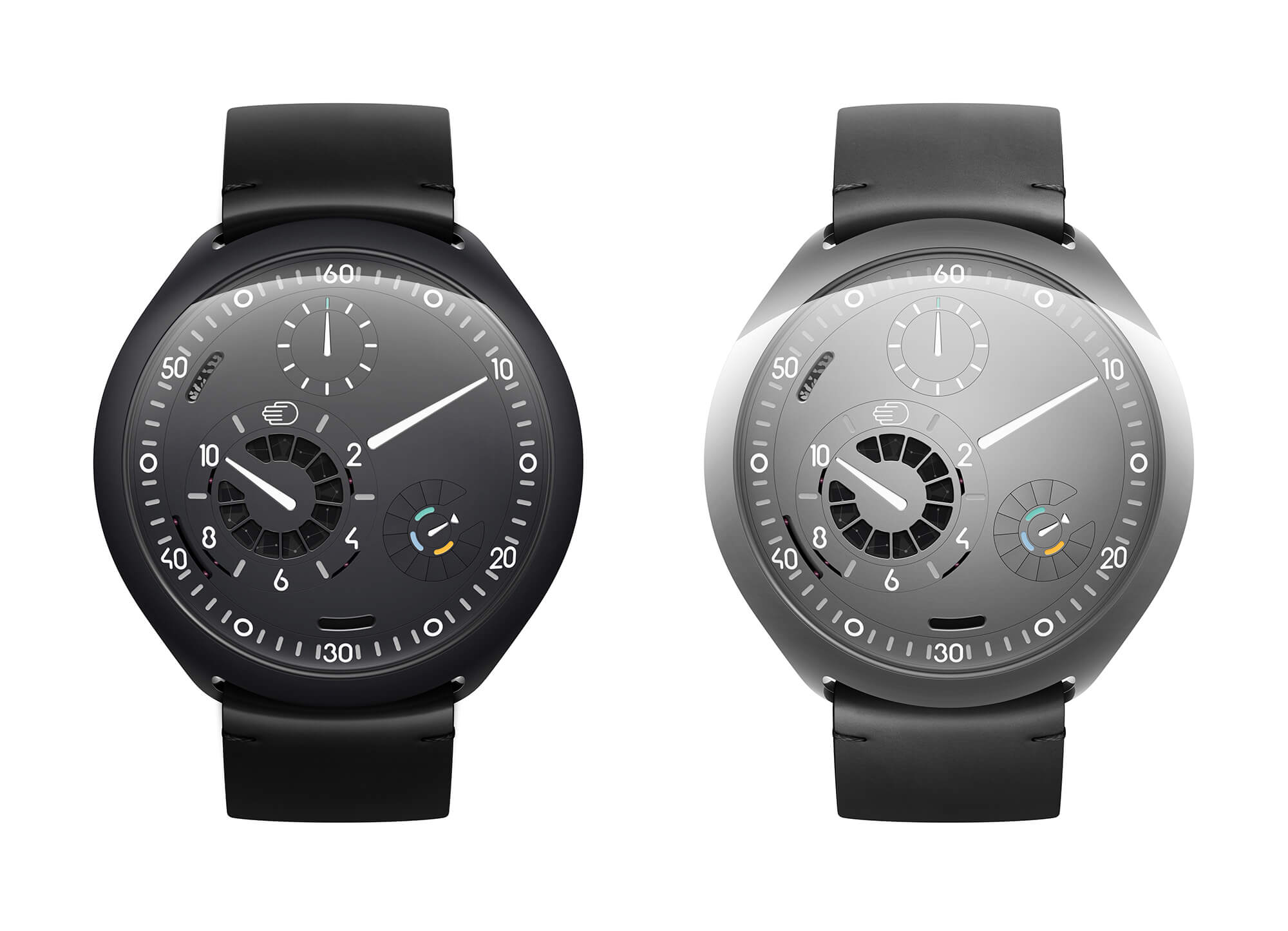 First off, the watch is mainly mechanical. It might look like a futuristic electro-pebble, but it works the same as any other Type 2 other than its crown. That crown however is where the magic happens.

First of all, you can connect to your phone via Bluetooth. The Ressence app doesn’t do a huge amount however, simply letting you set the dual time zones according to which city you select. It’s unobtrusive and just makes life that little bit easier. 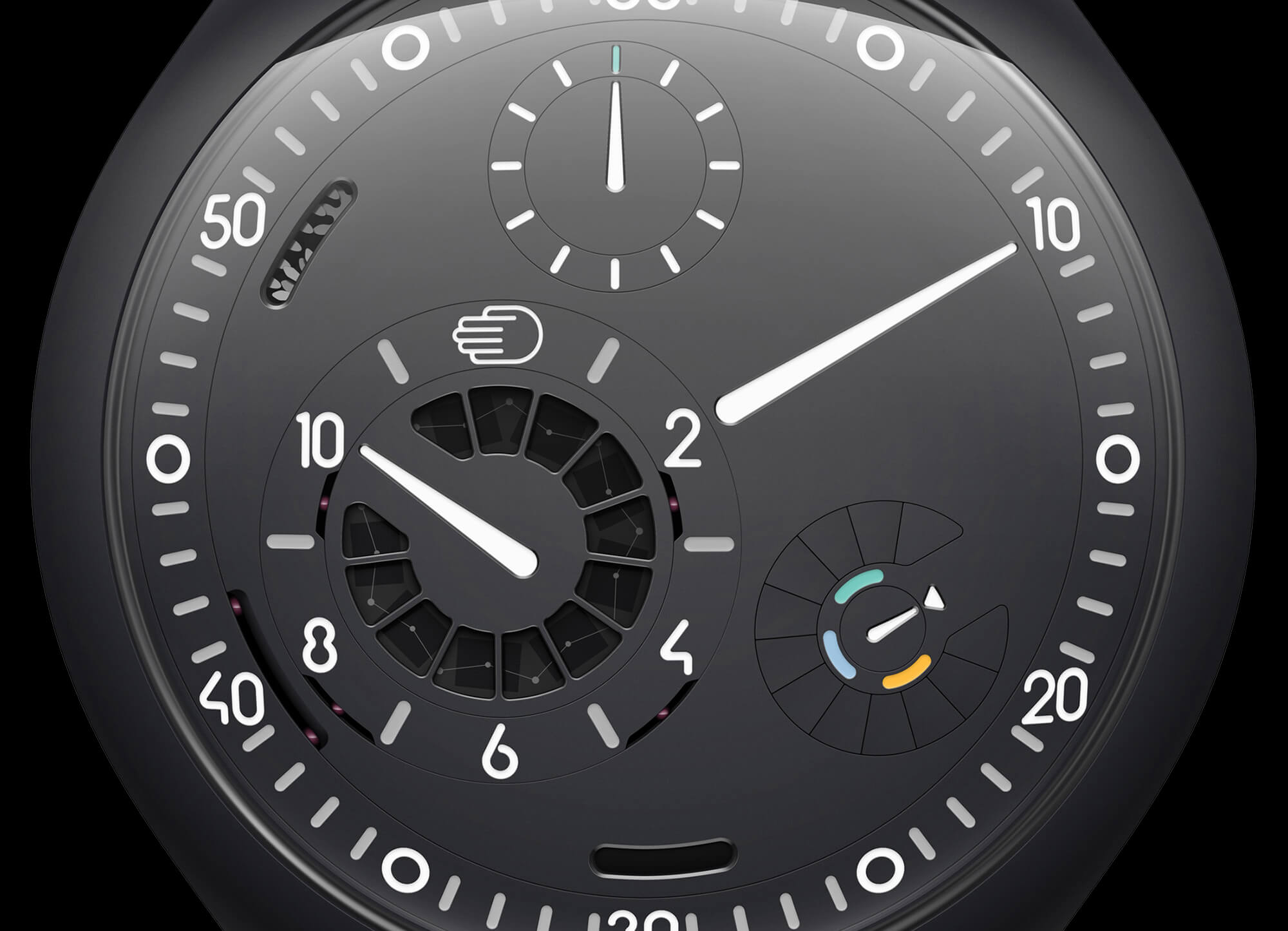 Secondly, it never needs to be charged. Like a Citizen timepiece, the Type 2 e-Crown uses photovoltaic cells to charge. It’s solar powered. What’s more, if the watch isn’t in use for 12 hours, the crown will hold the barrels to ensure that it saves power. Put it on and double tap the crystal to get it going again. 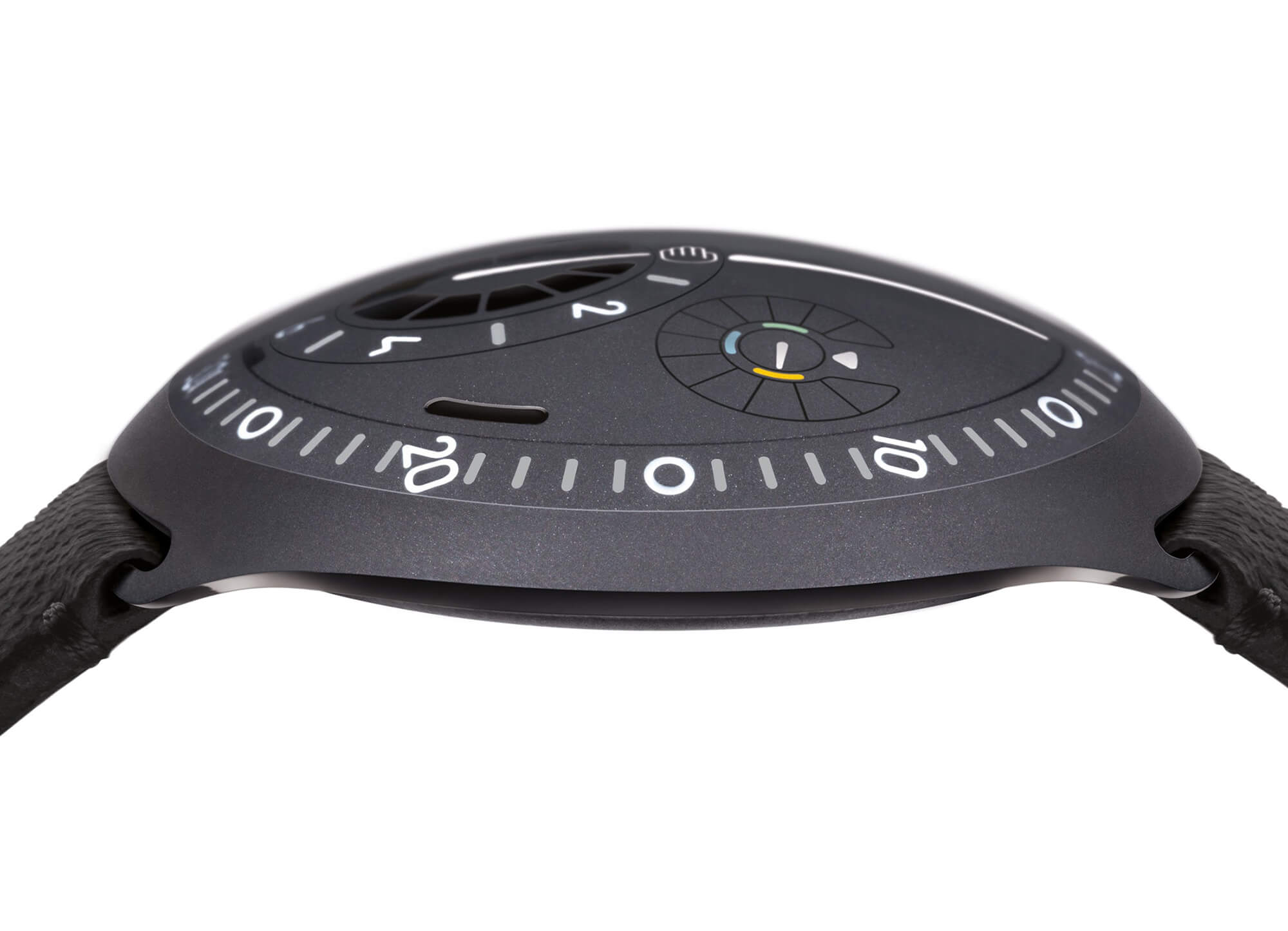 The Type 2 itself looks almost the same as the concept – and, less electronic Type 2s out there – but favouring an anthracite colouring instead of the lighter grey we saw before. We’re happy to say it looks far, far better this time around. 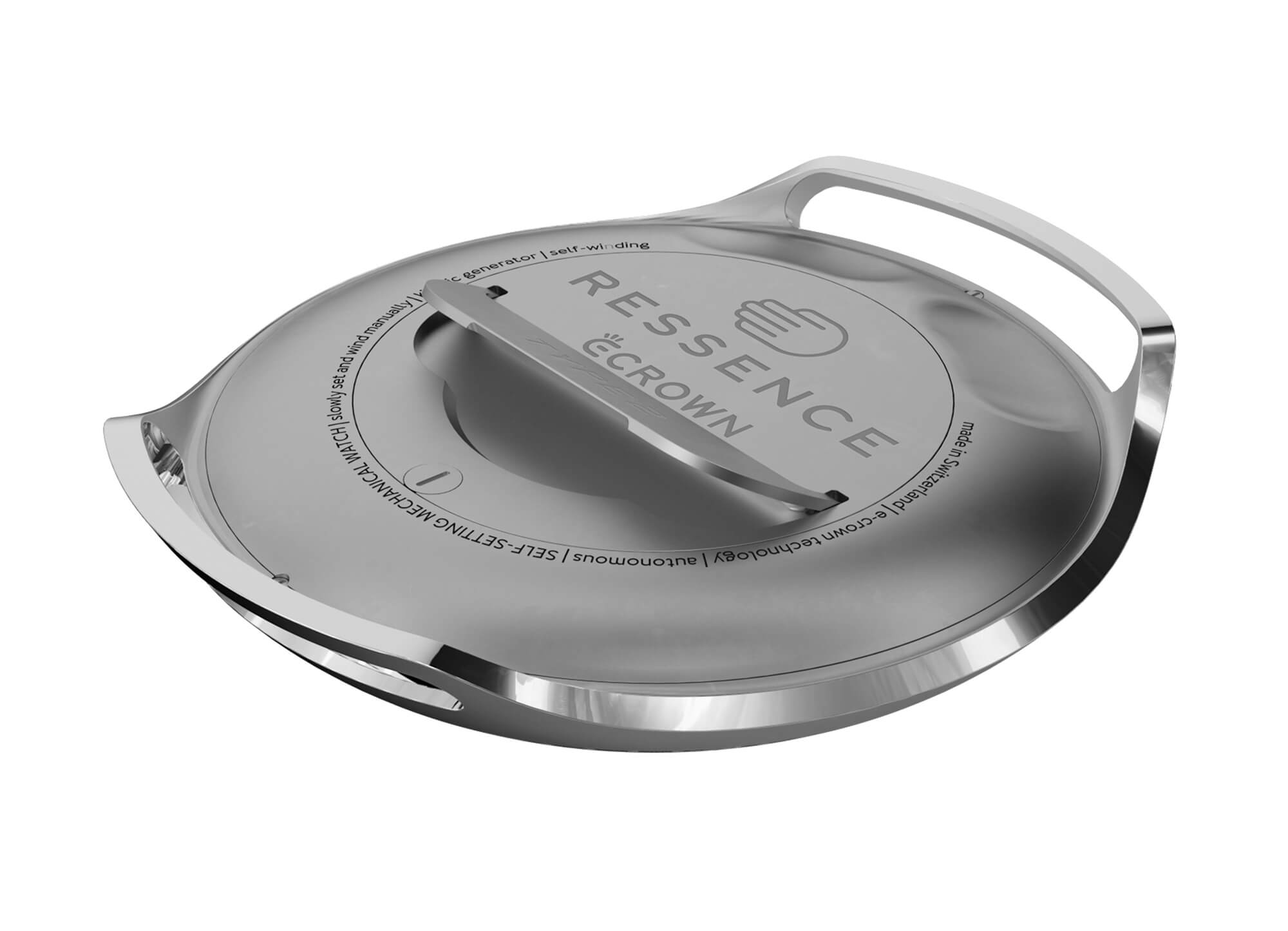 The big question then is how much does it cost? What actually makes it viable for Ressence to produce? CHF 42,500. That’s about £33,800, making it the most expensive smartwatch on the market by a long, long way. Thank god it’s also the coolest.