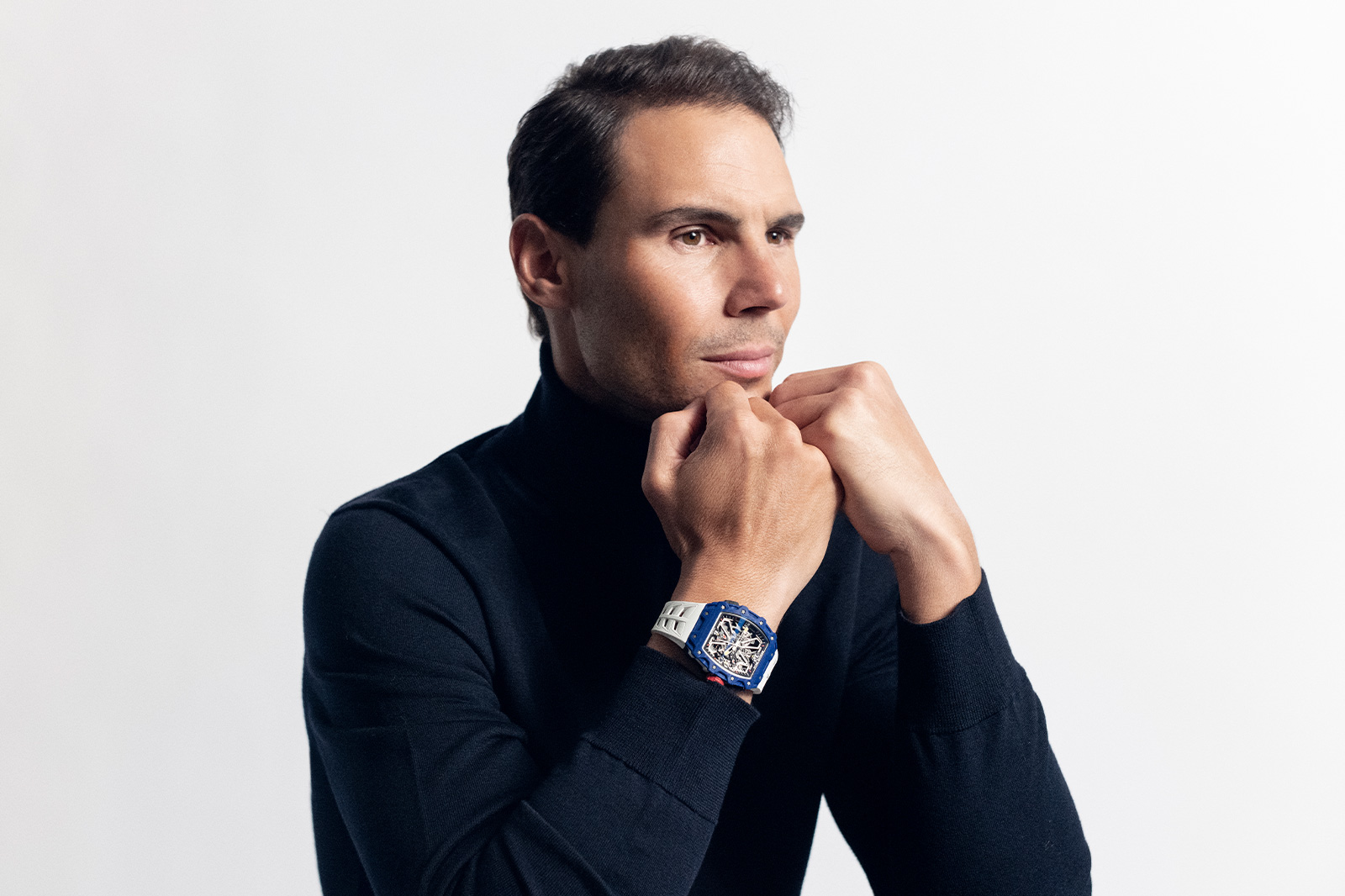 Richard Mille and Rafael Nadal have been working together longer than nearly any other sportsperson / watchmaker partnership other than perhaps Federer and Rolex, the difference being that Nadal wears his RM on the court. The latest watch to make the most of that partnership is the RM 035-03.

The thing is, Rafa doesn’t actually wear the RM 035 collection on the court; that’s what the RM 027 is for. Instead, the RM 035s use similar aesthetics and mechanical ingenuity in a slightly different format, and the RM 035-03 is, despite what you might expect from the reference, the fourth in that sub-collection. It also incorporates one of the watchmaker’s coolest horological mechanisms to date – the Butterfly Rotor. 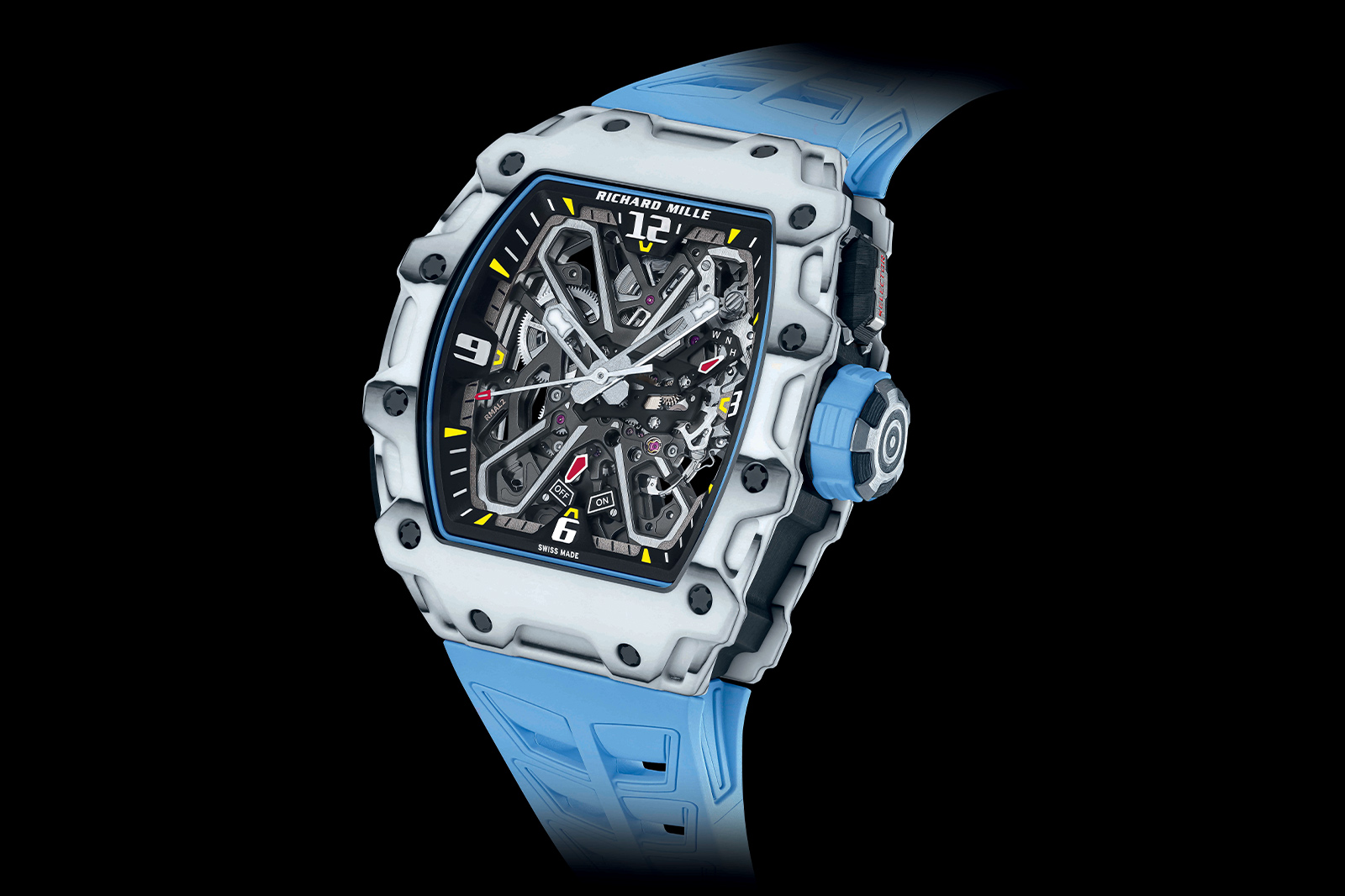 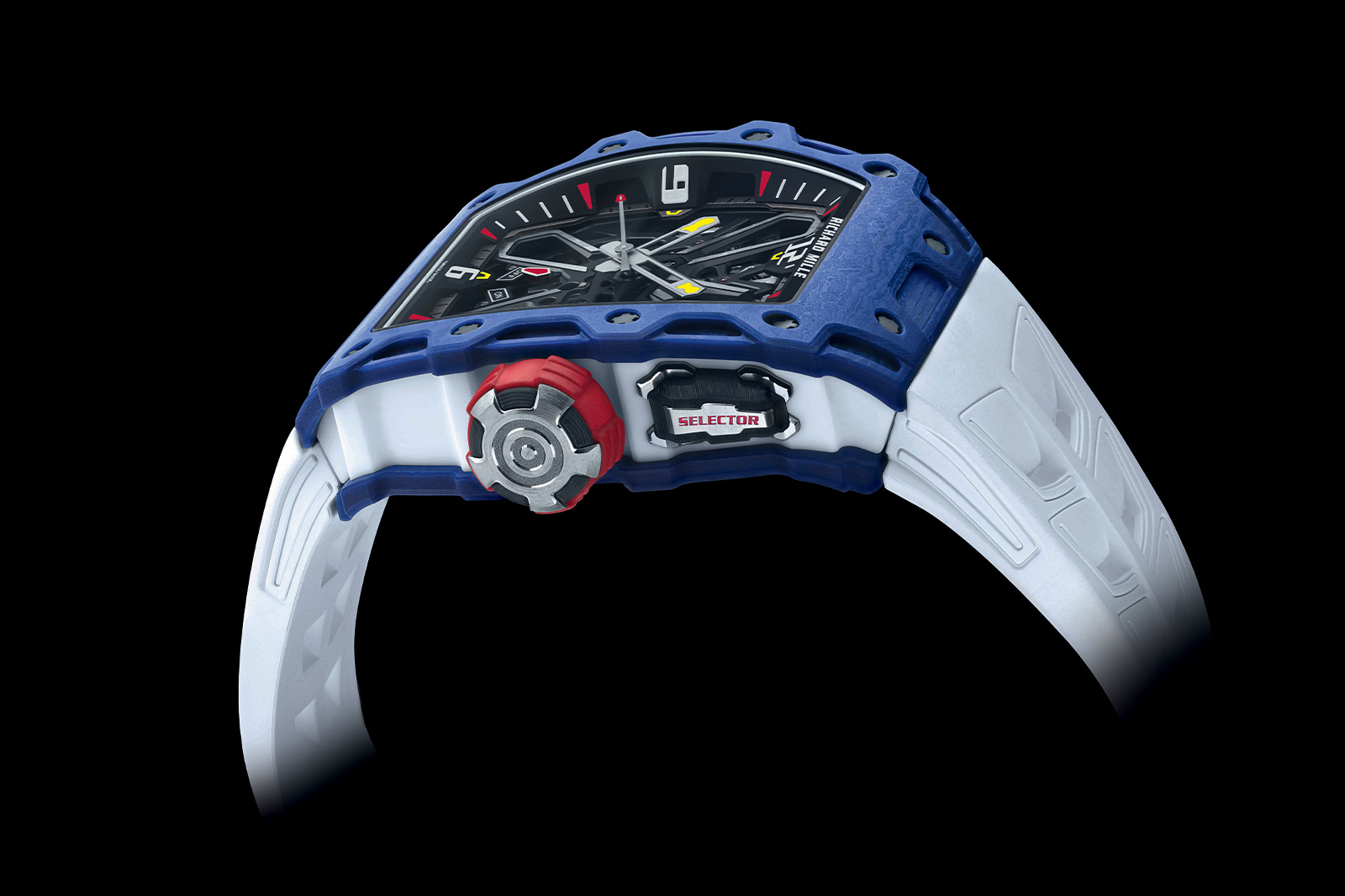 Richard Mille have always taken their tagline of ‘a racing machine for the wrist’ pretty literally. Chassis made of aerospace materials, geartrains to put F1 racers to shame, that kind of thing. Yet one of their most important innovations – their variable geometry rotor – doesn’t really fall into the same field.

The rotor allows a watchmaker to alter and perfect the winding speed of the watch with minute adjustments to the oscillating weight. It’s a great idea but one that does need trained hands to use, the equivalent of taking your car into the garage every time you want to tweak the transmission. The new RM 35-03’s Butterfly Rotor changes that. Slightly. 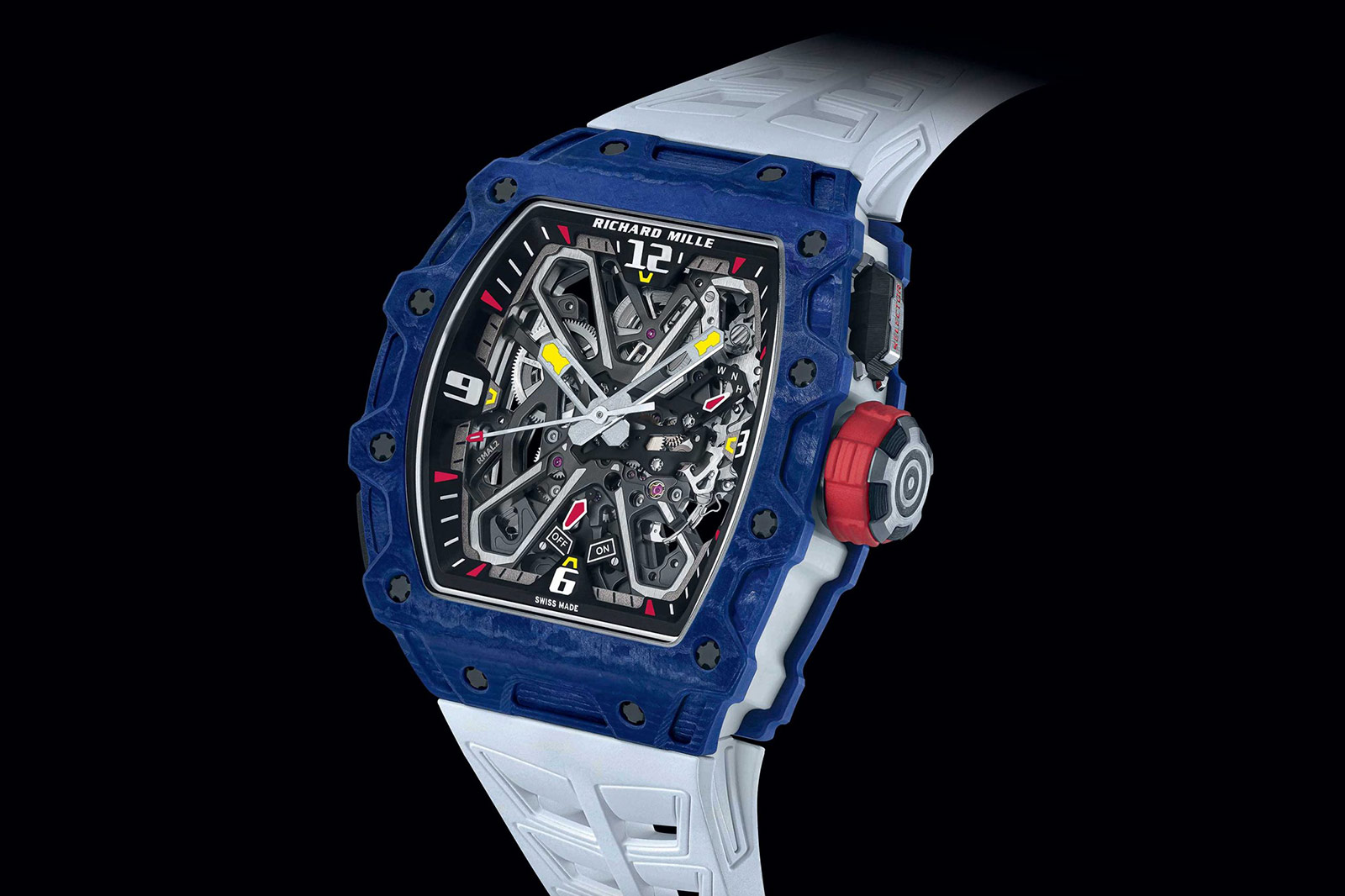 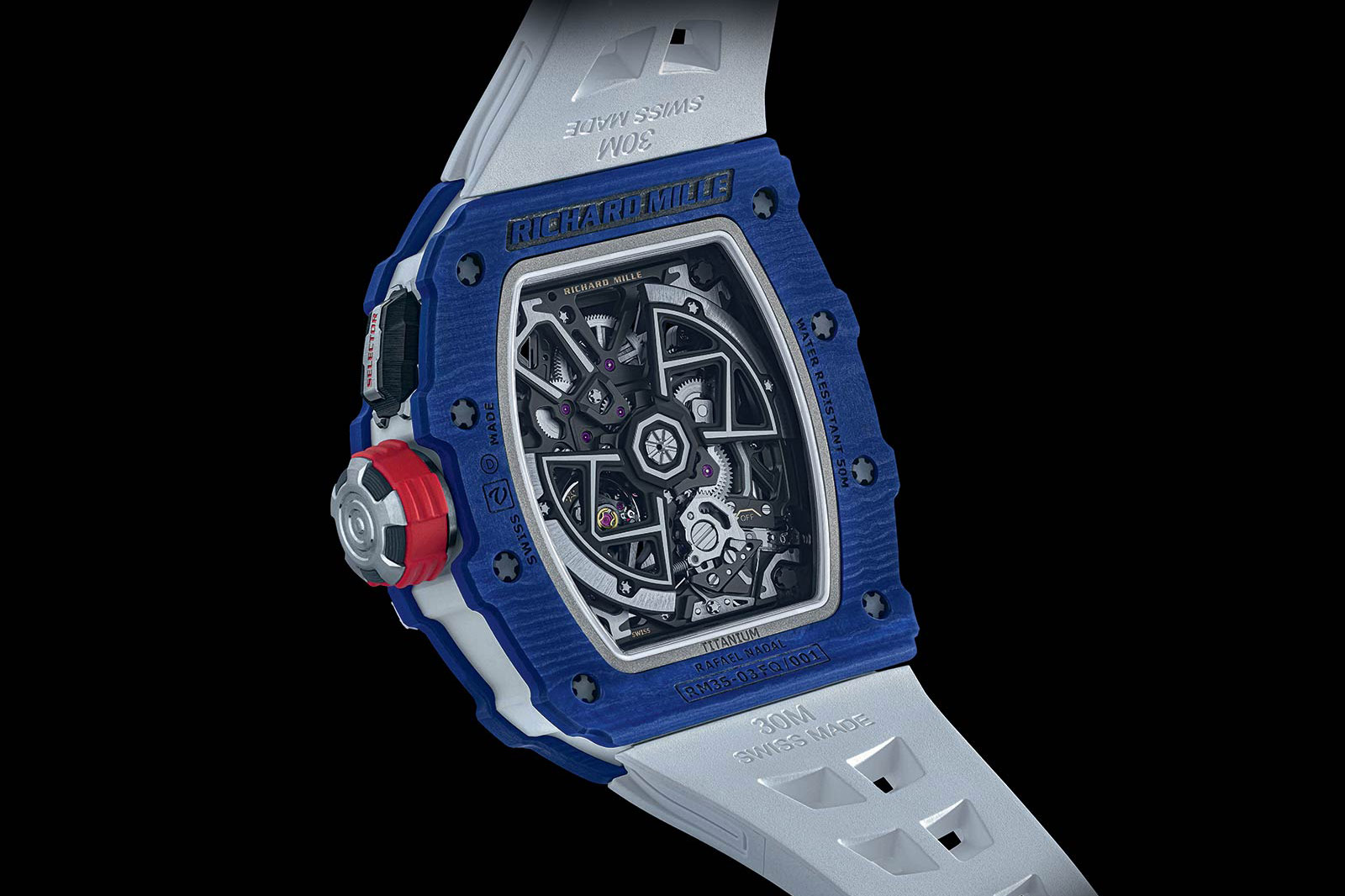 The rotor itself is made of two weighted titanium arms with a dedicated gear train you can shift with a pusher at 7 o’clock. In standard mode, the movement gets wound normally. Press the pusher and the winding process gets suspended by springing the weights apart, stopping the movement from getting overwound if you happen to be moving a lot. Or you know, playing a championship tennis match. It’s a process you can actually feel when you push the button. 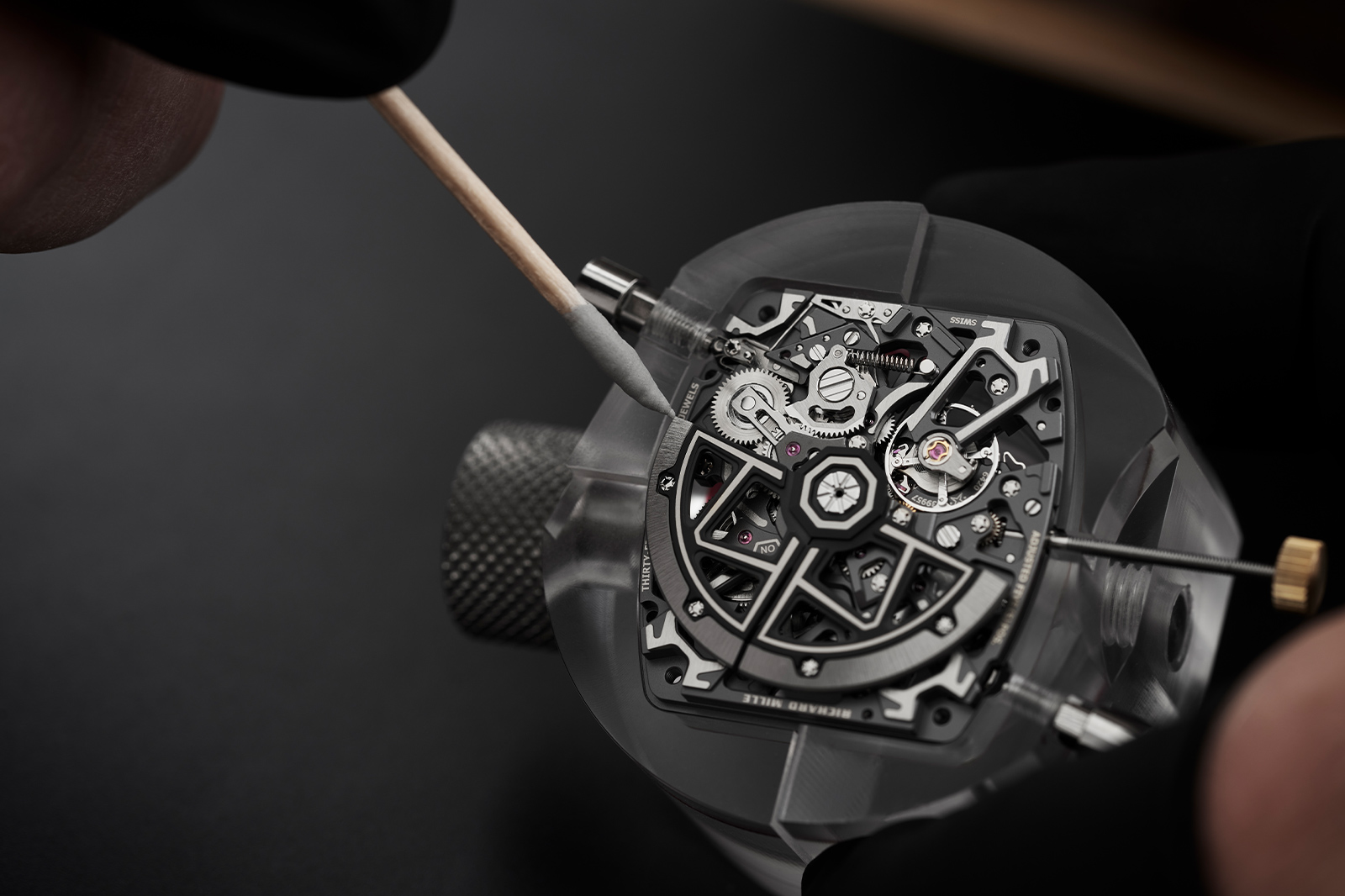 How useful the function is in day-to-day wear is debatable (many watches have far simpler ways of preventing overwinding) though it’s hard to argue it’s not an impressive bit of engineering. At the very least, it’s an incredibly satisfying function that hams up Richard Mille’s motorsport inspirations.

The rest of the watch is par for the course for Richard Mille, riffing off the previous RM 27-04 Tourbillon Rafael Nadal. The chunky, excessively machined titanium tonneau case, openwork dial with eye-catching bridgework and a crown that makes a Big Pilot seem restrained, it’s as over-the-top as we’ve come to expect.

The RM 35-03 Rafael Nadal is available in two versions, one in blue Quartz TPT with a white caseband or a white Quartz TPT and Carbon TPT mix. Both are gloriously ludicrous. We might not be seeing Rafa wearing it on the court, but you can be damn sure he’ll be sporting it off. It’s very much his vibe.