Home Watches The Oracle Speaks: Where to Buy Watches Online

Your watch collection is getting lonely. Now that we’re no longer leaving the house bar to exercise (where no fine watch has any business joining you), your pieces are feeling neglected, sat there in the next room all alone. They deserve a present; a new family member would suit nicely.

The problem is, now that watches are deemed ‘nonessential’, where can you find the perfect accompaniment to your would-be growing collection? The answer’s obvious: online. I don’t mean the usual grey market dodgy dealers that pop up all too often in your social ads.nNo, now that lockdown has shut real-world spaces up tighter than an Oyster case even the big players of the horological world are getting in on the online action.

Plenty of brands sell directly through their sites, something Jaeger-LeCoultre has been doing for longer than most. The same goes for most mainstream brands to be honest and every small, accessible independent you can name (many of which are in our Microbrand guide, incidentally). You might want to double-check wait times. If pieces are coming over from Switzerland then you might have an issue with quarantines.

If possible, shop through a local retailer that actually has the piece in stock that you want. Call or email to check. Nothing’s worse than getting an email stating that your shiny new timepiece will be with you in six months.

Going through retailers in fact is better than it’s ever been. The big news since the crisis began though was that Patek Philippe has begun selling online through authorized dealers – Watches of Switzerland and the like. That’s a big deal for the famously protective Patek, but means that you can add one to your collection with a click of the mouse. Or close enough at any rate.

Outside of your Watches of Switzerland, Goldsmiths, whatever name you prefer (it’s all much of a muchness to me) there are still a few interesting places to look for new watches. For classicists, MR PORTER has a selection from the likes of IWC, JLC, Cartier et al – pretty much what the guys buying shoes and suits on the site would wear.

Then there’s Farfetch, whose selection of brands ranges from Urwerk to Ulysse Nardin, March LA.B to MAD Paris, covering a plethora of off-kilter brands you’re unlikely to find anywhere else. Then there’s HODINKEE, The Rake and Revolution, whose digital shops showcase a few unique designs from key watchmakers. They’re limited stock and the Hodinkee models at least are collector’s pieces from the get-go, but some are quite particular.

Above all though, avoid any sites offering new watches for discounts. They may be tempting; they may even be legit, but don’t expect much customer service, particularly right now. Worse yet, if it turns out to be a grey-market watch (unused stock, sold off cheaply), don’t expect any help from the watchmaker itself; most are trying to crack down on the re-selling of new pieces. You’ve been warned.

That’s about it for new watches, but as the preowned market continues to grow like a balloon not soon about to burst, there are other places to look. For Rolex, Bob’s Watches is a fantastic digital shop, even if the rarer pieces aren’t likely to be there. It’s the ideal place to get your first Rolex for a great price.

For the next step up, take a look at Bulang & Sons, which has an impressive array of the most iconic vintage watches around; think Daytonas, Speedmasters and Nautiluses (Nautili?). This is where to look for the core focal point of your collection.

Closer to home though I’d recommend A Collected Man. A host of Patek Philippes and A. Lange & Sohnes, older Roger Dubuis and Urwerks and even the occasional superstar like a George Daniels, it’s all backed by in-depth articles on and interviews from the world of haute horology. This is one for the serious, serious collectors amongst you.

Finally, there are the marketplaces like Chronoexpert and Watchfinder & Co.. They’re great at what they do – offering pre-owned watches for decent prices – but they’re a bit unpredictable in what they’re offering at any one time and, given that for most (Watch Finder aside) the watches come direct from sellers, I’d prefer something a tad more reliable in these trying times.

And there you have it. Whether you want a shiny new Urwerk or an incredibly rare grail piece, there are plenty of places to keep your eye on. Just because you’ve grown stagnant doesn’t mean your treasured watch collection should.

To whet your appetite, here are a few pieces available to buy online. Go now if you want to nab them. Now! 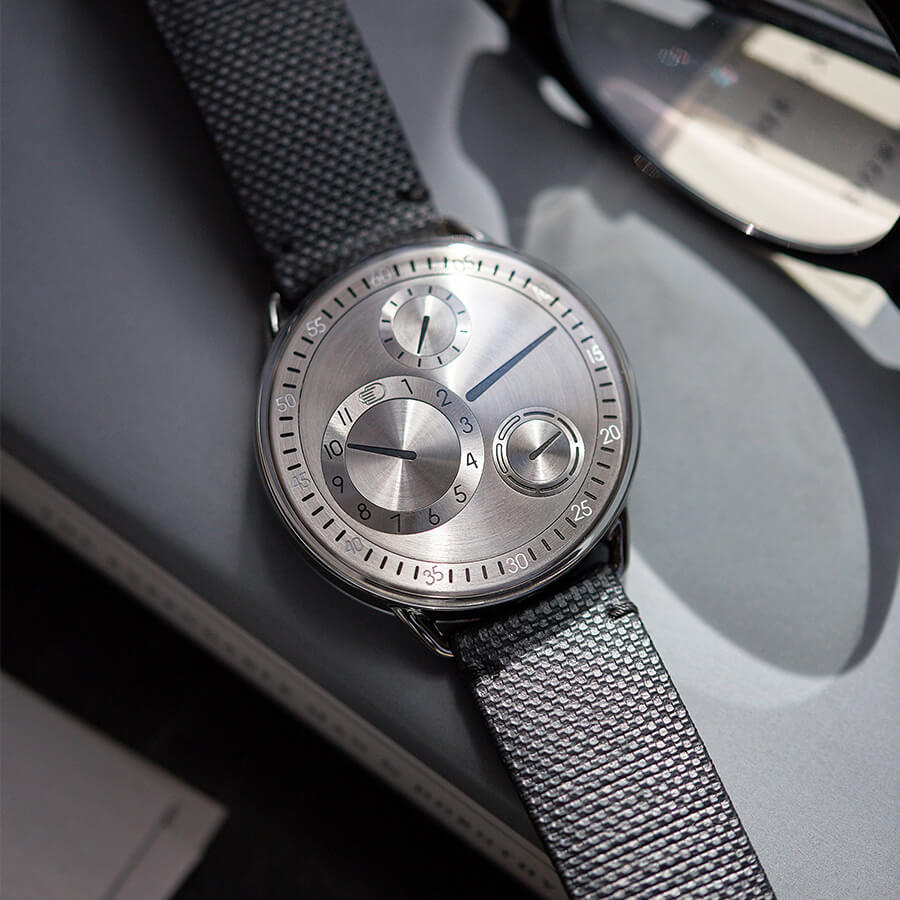 For me, one of the coolest contemporary pieces ever built, Ressence’s signature crownless winding system and tone-on-tone regulator dial make for a uniquely stylised timepiece. Early models like this 2014 piece are guarded jealously, making this one a find. It’s not cheap but it’s one of those pieces that, if want it, you’ll stump up serious money for.

Available at A Collected Man. 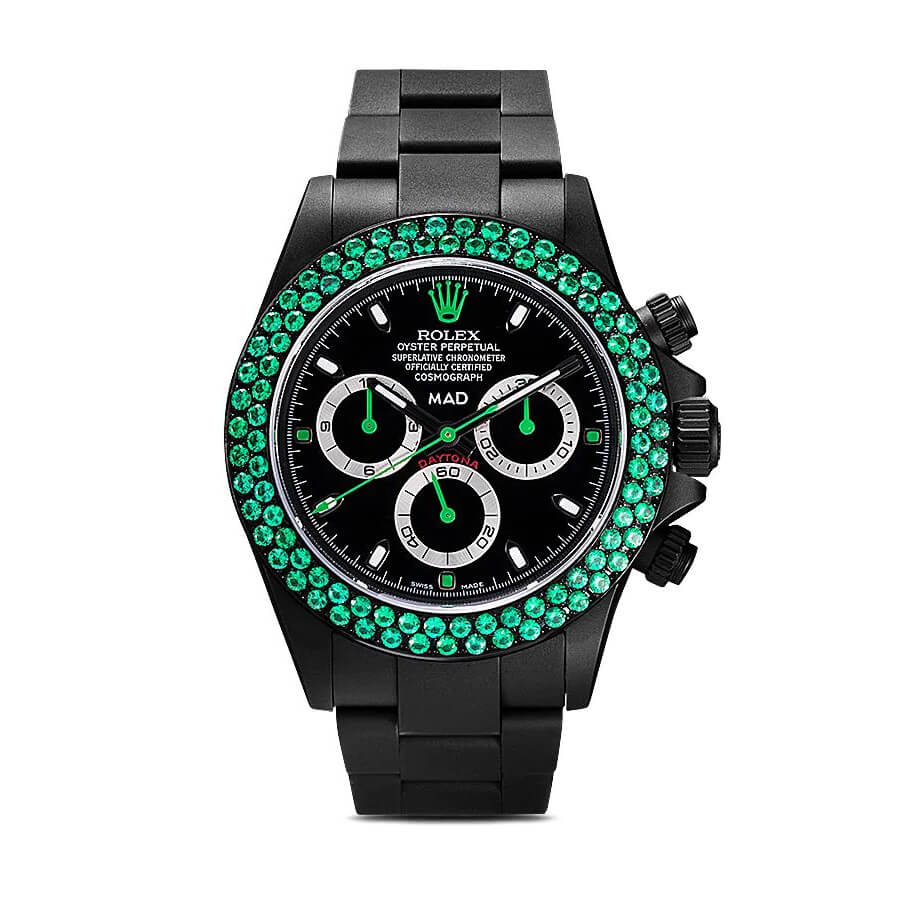 If you saw Drake’s recent emerald Nautilus but wished it was a Rolex, look no further. MAD Paris’ gem-encrusted, blacked-out take on the iconic Daytona is guaranteed to get heads turning. Just don’t expect to find it anywhere else; any MAD Paris designs you see on Farfetch are exclusive to the site, and you can be sure they’re making a killing from this one alone.

The Speedmaster was a superlative watch before Buzz Aldrin ever wore it outside the home atmosphere; case in point, the Speedmaster ‘Pre-Moon’, the version that predates the model’s later Apollo fame. One of the most accessible horological icons, it’s a great starting piece to build a serious collection around – and they’re only getting rarer.

Available at Bulang and Sons.