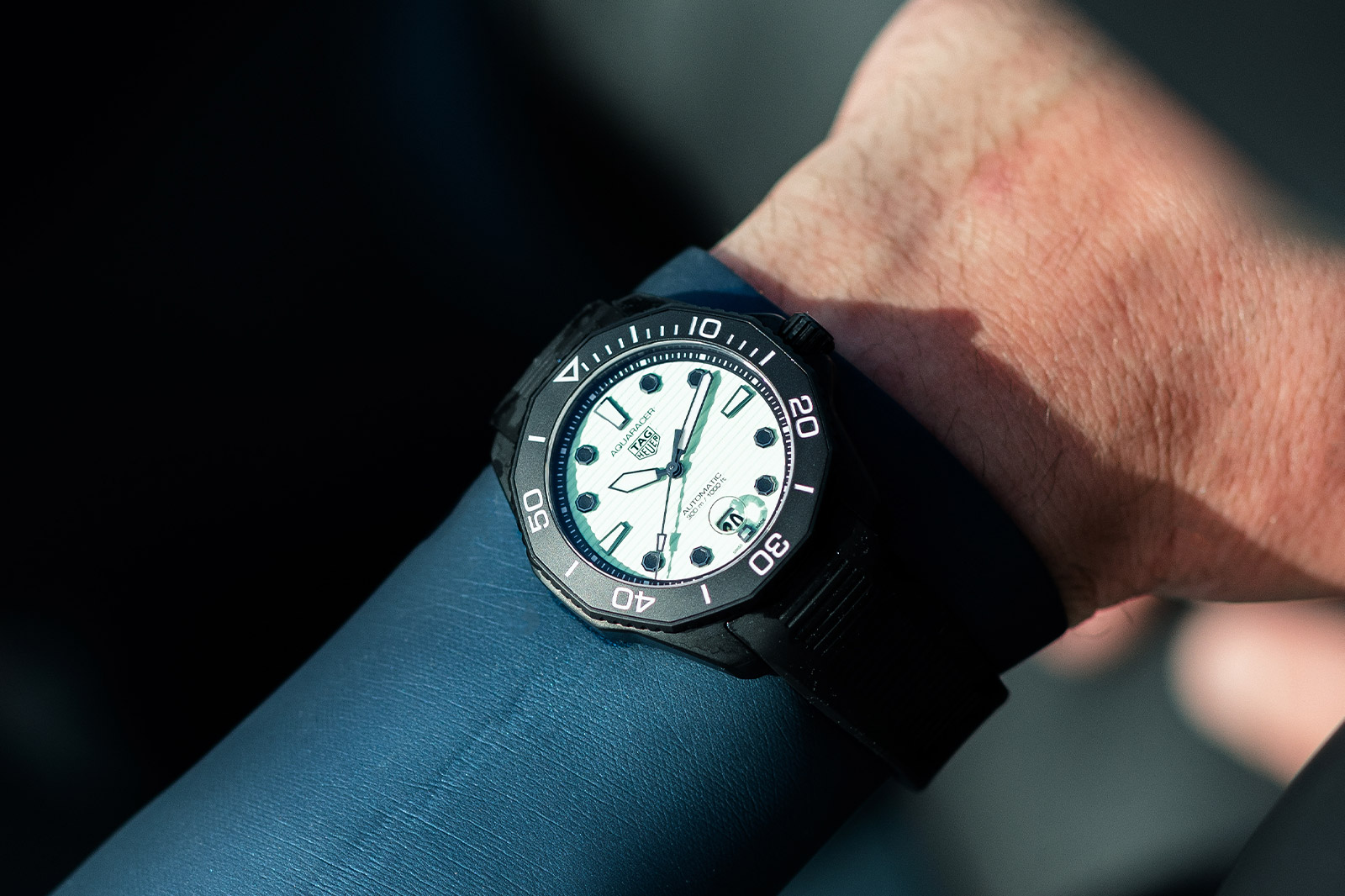 Bell & Ross may be the kings of all-lume dials at the moment with the likes of the BR V2-94 FULL LUM but they were by no means the first to latch on to the concept of low light ultra-readability and back in the 80s it was all about TAG Heuer. Specifically, the Night Diver, which has now made its return to the Aquaracer Collection – and it’s non-limited.

The Aquaracer Professional 300 series has already seen plenty of love this year with eight models released back in April, with the almighty Omega Seamaster 300m firmly in their sights. Those eight included the lovely if un-spectacular Tribute to Ref. 844, a hero spot that’s now been firmly usurped. 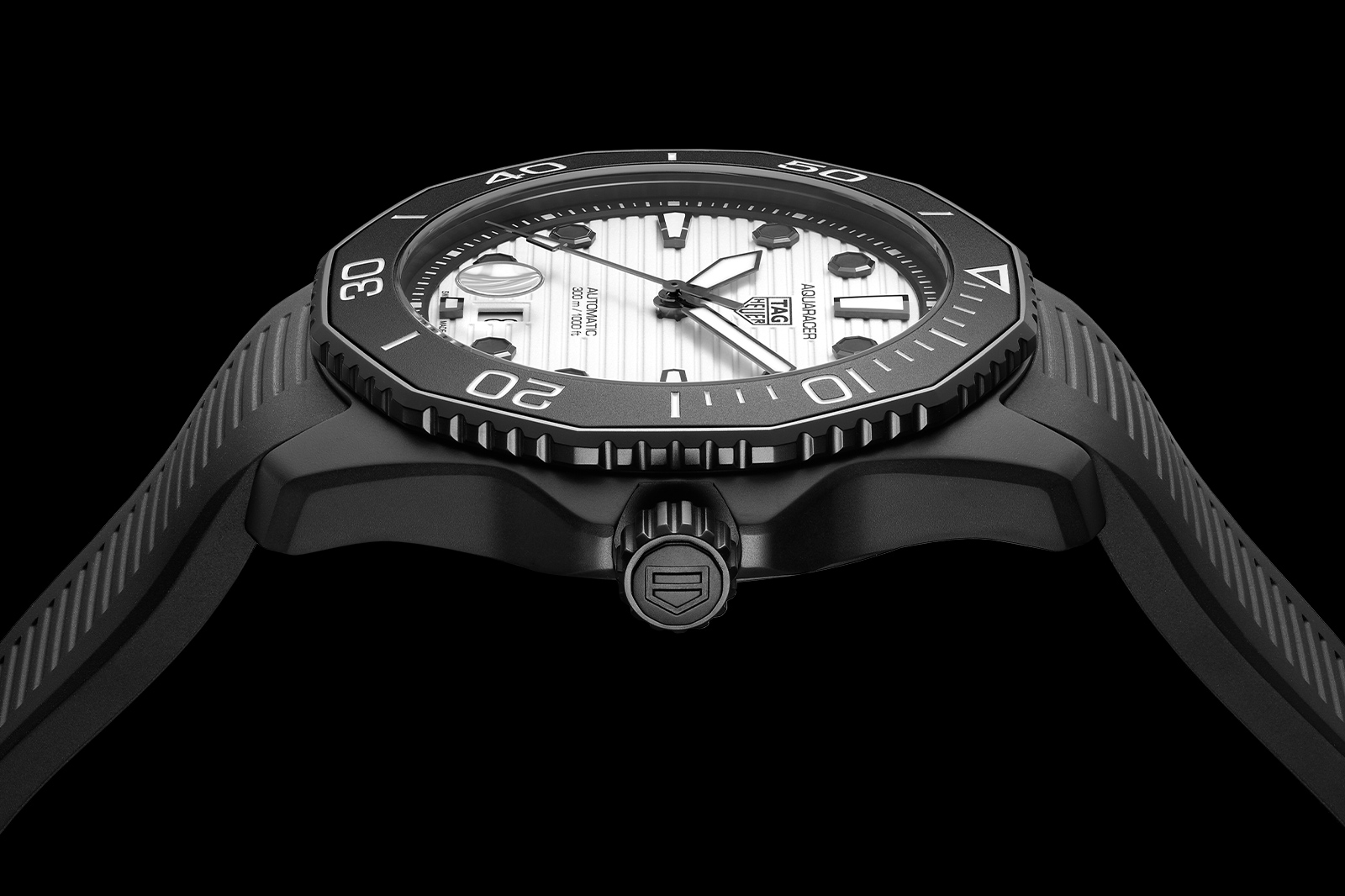 The new Night Diver keeps that dodecagonal ceramic bezel and rugged, performance look but in a new, all-black style with a solid DLC coating and matching, minutely adjustable rubber strap. In the light, the white, horizontally engraved dial matches the white diving scale for a stark, two-tone look that I kind of love. 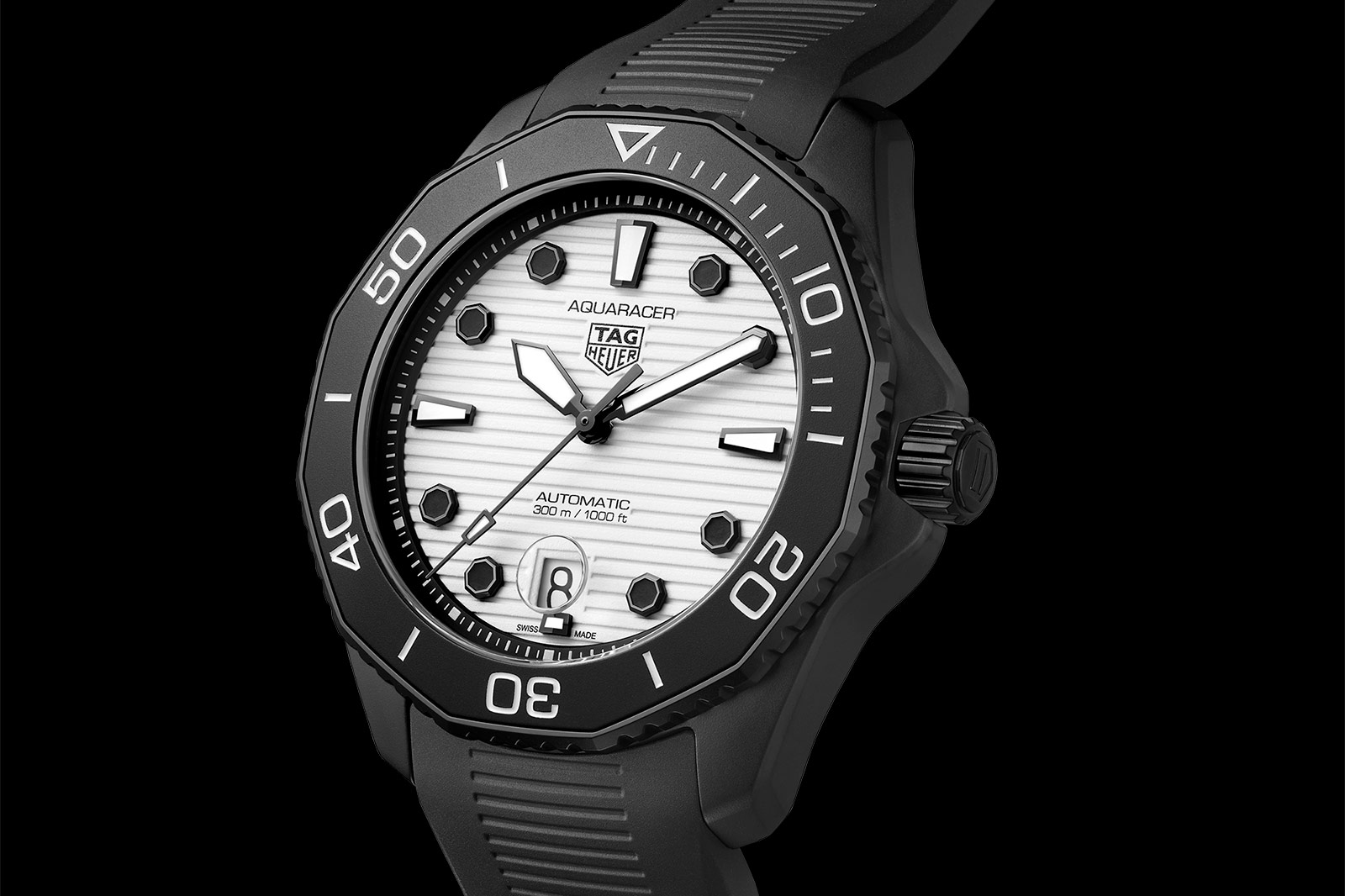 In the dark though, the entire dial lights up in the eerie green of lume. It’s then that the black hour markers make sense over the usual lumed versions. It’s less nuanced than Bell & Ross’s latest, but it’s unmistakable to say the least. You’ll want to put it on your bedside table face down. Or save money on a nightlight. 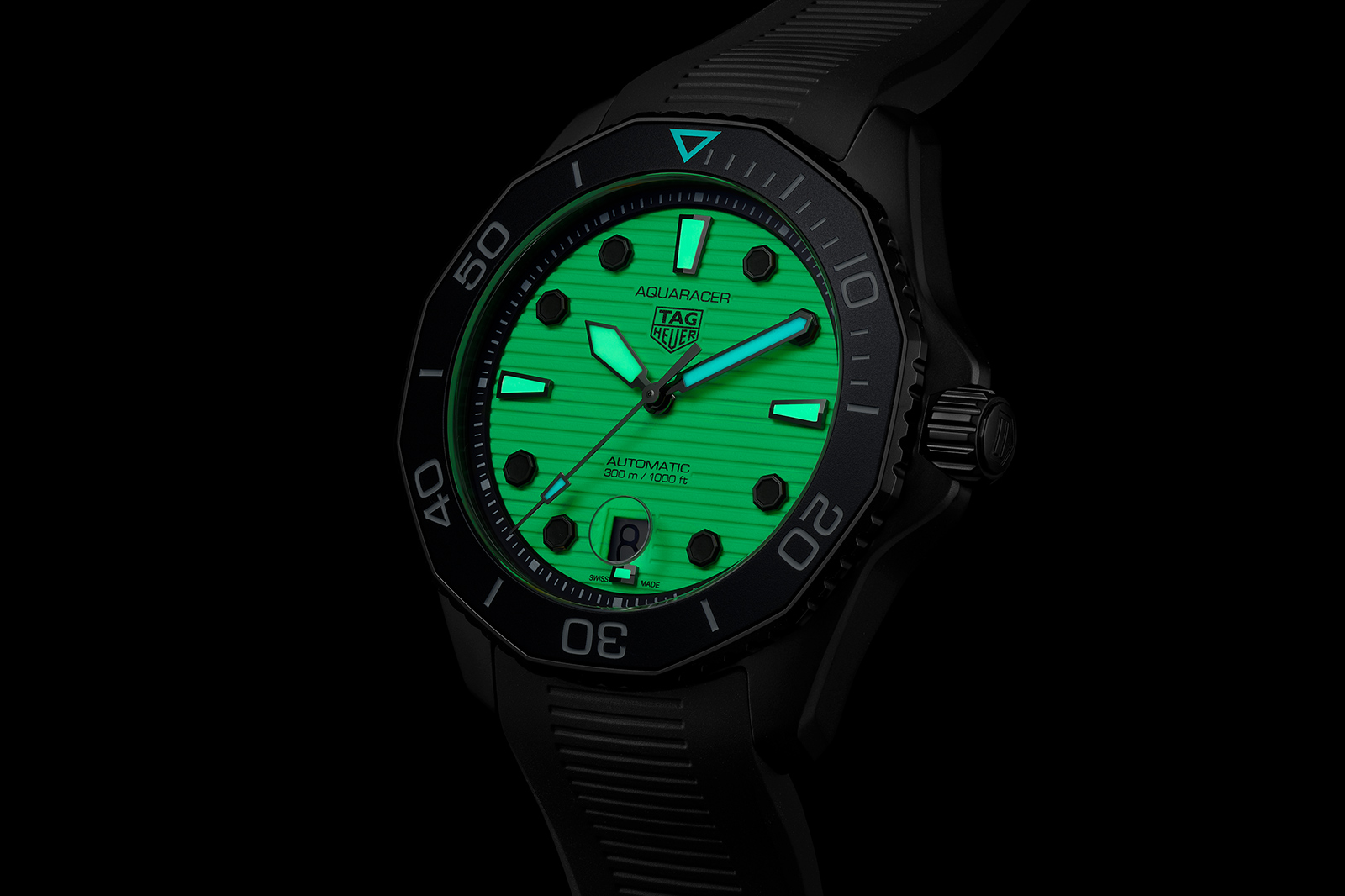 The lume itself is layered onto the dial rather than being a solid piece, so it’s less bright than some extreme lumes out there, but the quantity and quality makes it more than bright enough.

At 43mm, it’s a substantial amount of watch and with 300m water resistance it makes for a professional level tool piece. It’s strange to think it’s a design from the 80s, though these days a lot of the funkiest are. 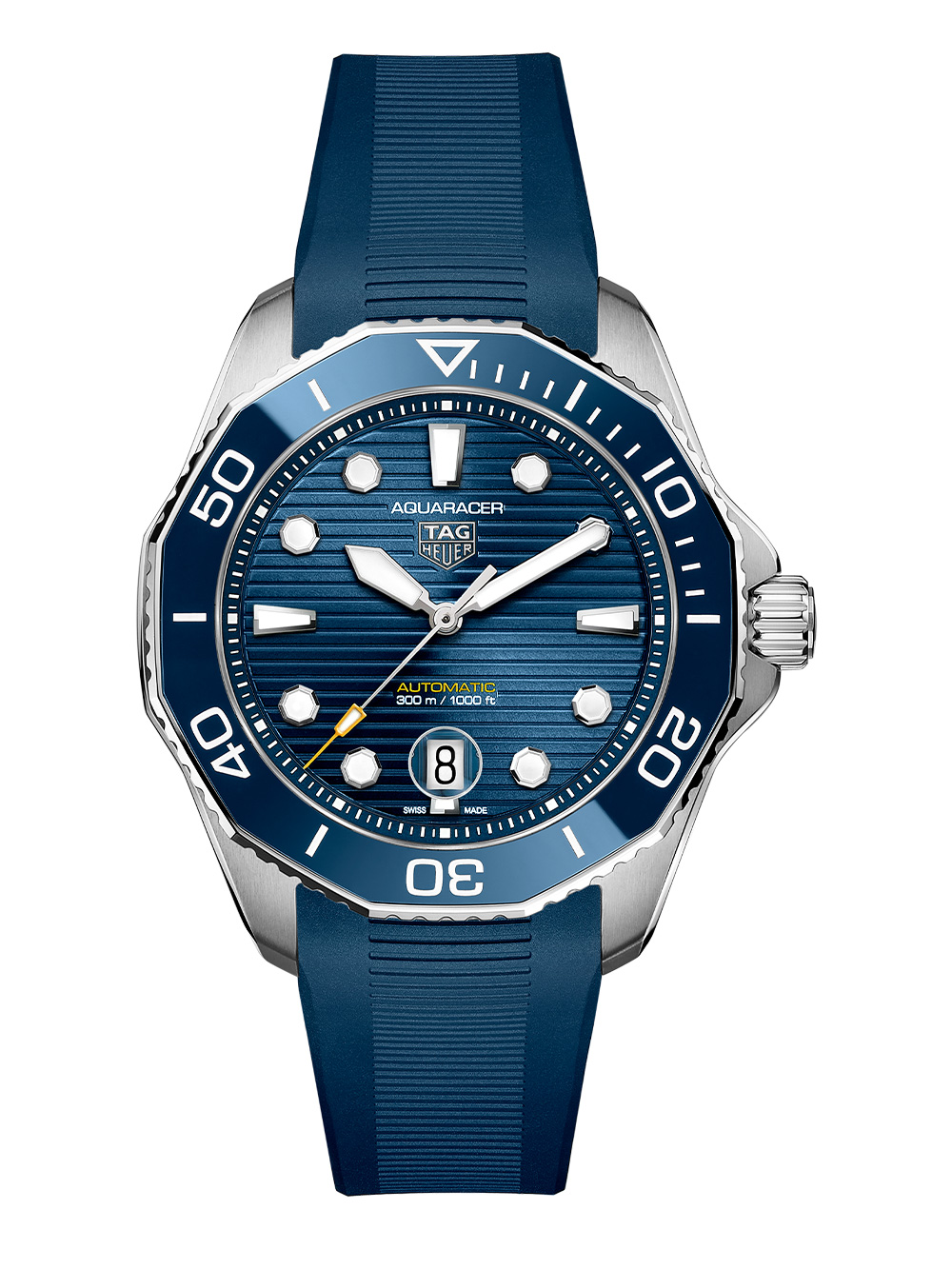 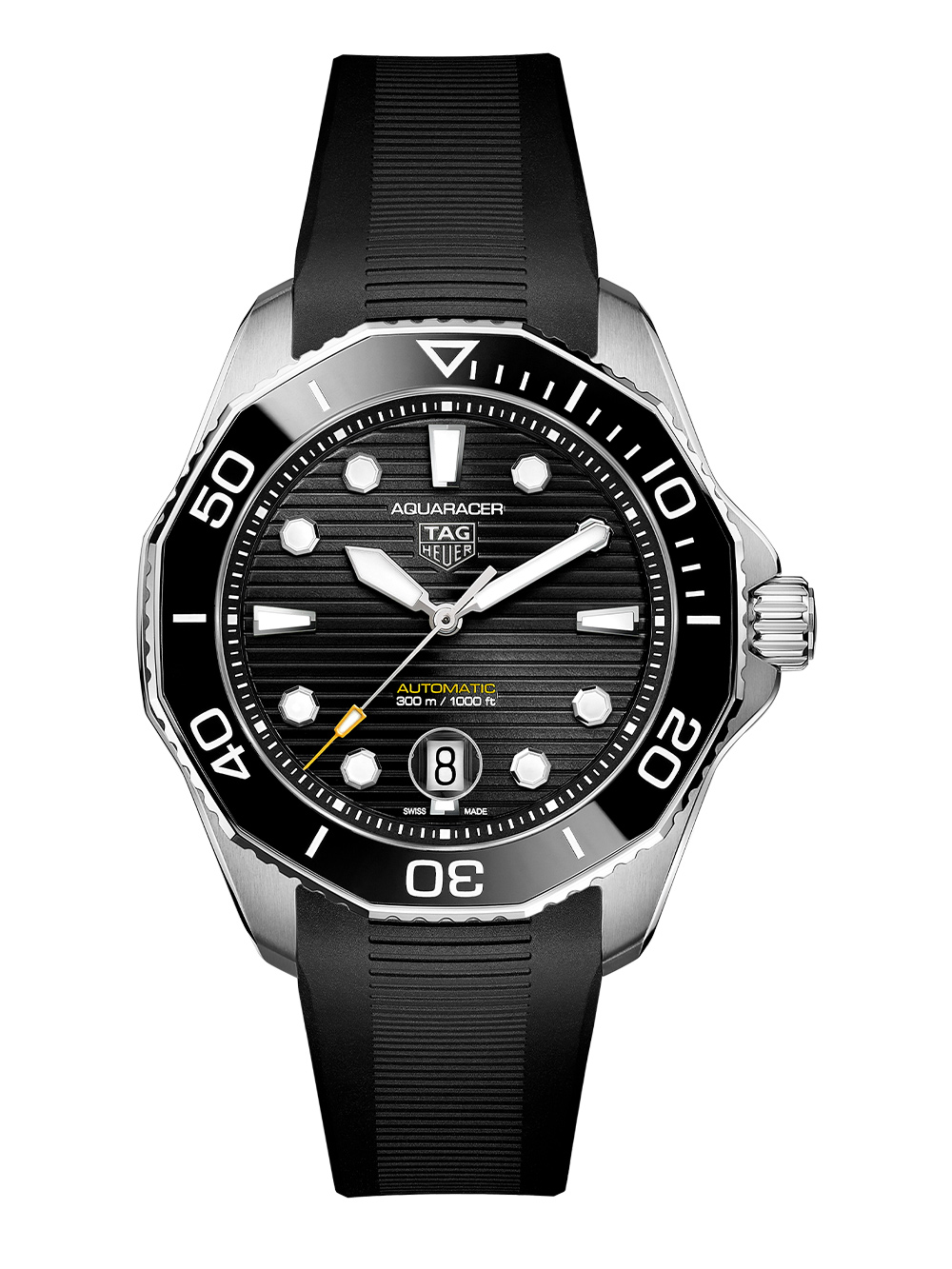 The Night Diver is joined by a pair of slightly more standard models, one in black, one in blue, both in steel with dial-matched rubber straps. Neither is particularly worth going into in detail. All are equipped with the entry-level Calibre 5 automatic movement, hidden by solid casebacks befitting an actual diving watch.

I’ve never actually come across an original 80s Night Diver myself, so if anyone out there has one, feel free to send me a pic or two. In the meantime, I like this one. It’s great to see a tribute piece that actually looks modern and I’m a sucker for full lume dials, even if I’d probably never get one myself. Though the £2,750 for the Night Diver is a little tempting…