It’s a given that the fashion industry thrives off the new and now while the planet pays the price, but until the time comes where we all embrace naturism, we’re still going to have to restock our wardrobes. What we can do, though, is make better choices with our clothes. Here are the brands you need to know that are that are helping to clean up fashion’s act, one thread at a time. 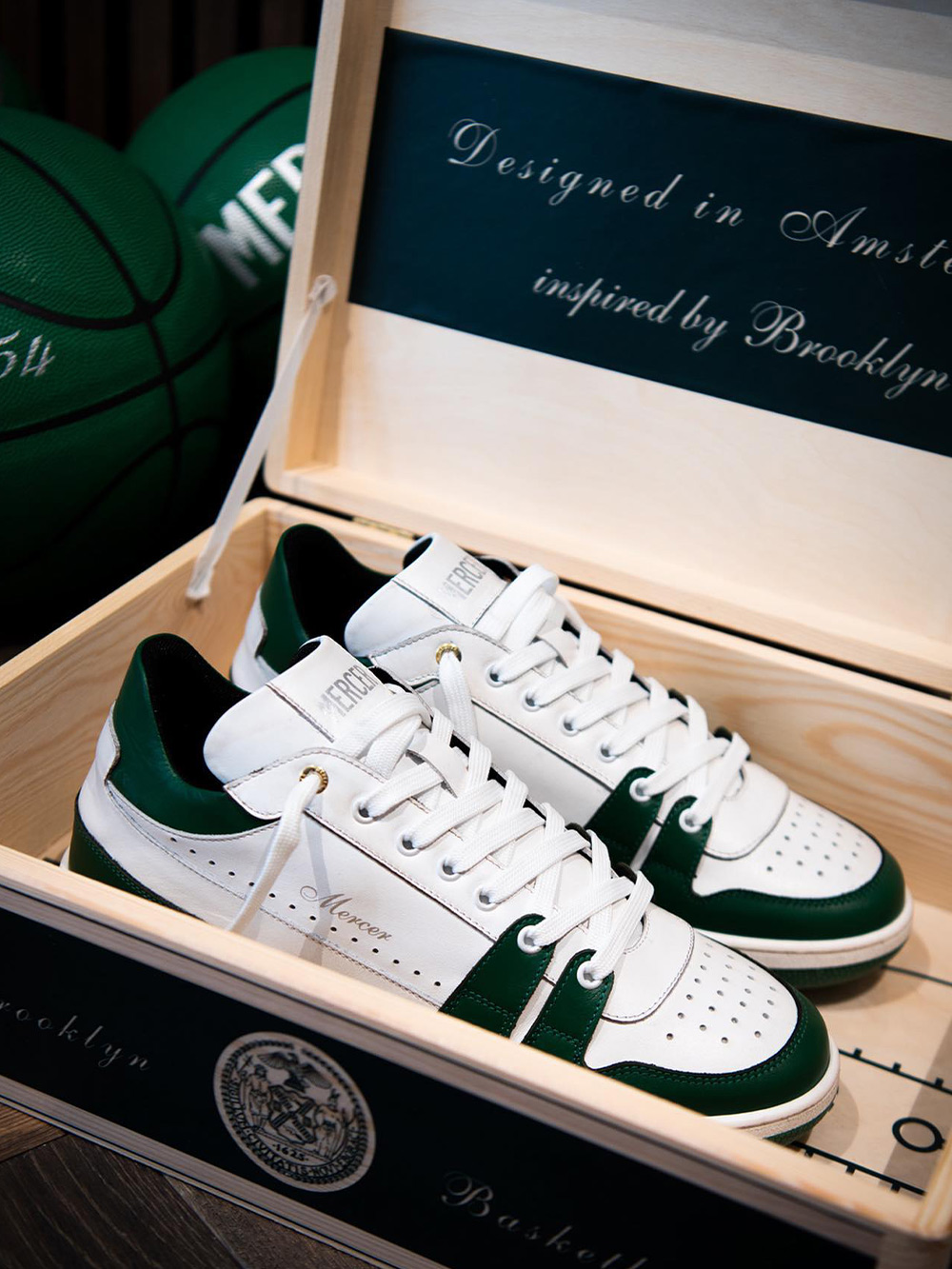 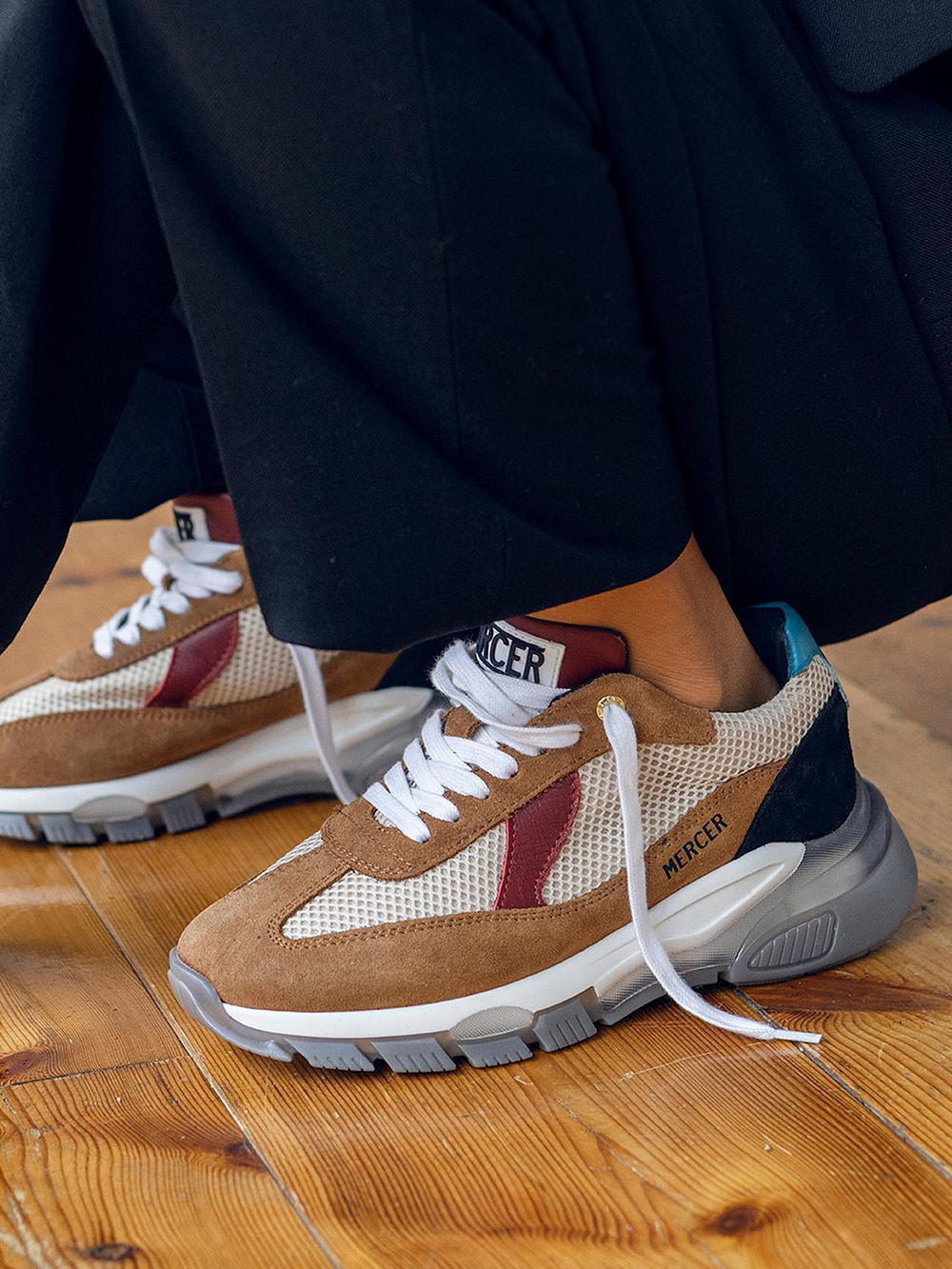 For all their comfort, synthetic-laden trainers aren’t the most ecologically sound choice of footwear, which is bad news if you’ve got more Nikes than Imelda Marcos has Chanel pumps. But Amsterdam-based sneaker house Mercer is aiming to do things differently, making its statement kicks from materials manufactured from the by-products of crop harvests, including corn and grape skins.

But perhaps the most original is its Piñatex trainers, which are made of a leather formed from the discarded leaves of pineapples, bought directly from farmers in the Philippines. While they’re obviously not going to help improve your five a day count, they’re certainly a novel way to add a bit of ecological clout to your stride. 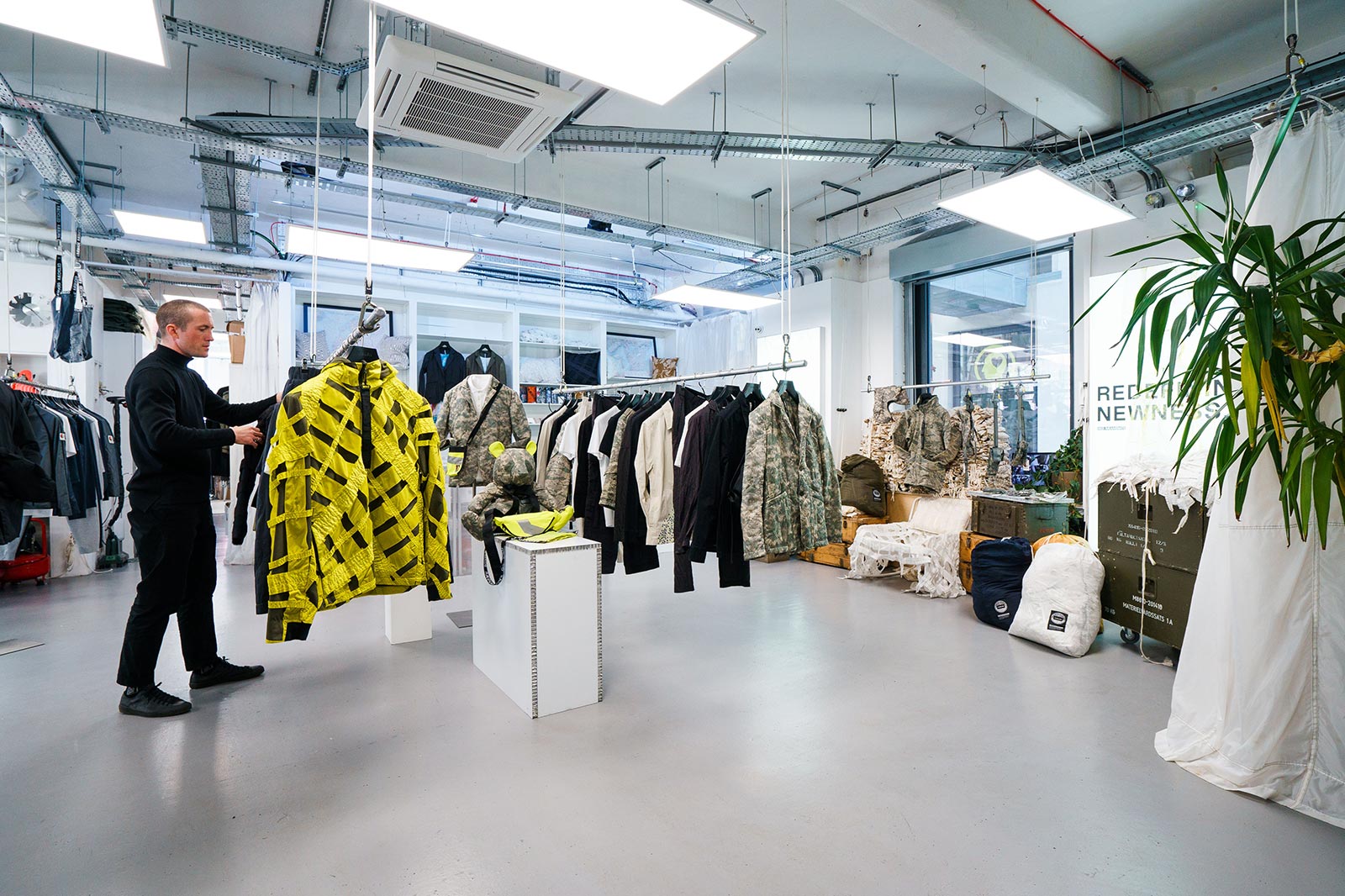 Since founding his label in 2008, Christopher Raeburn has been something of a poster boy for the sustainable fashion movement. Bringing the idea of utilising surplus cloths to the wider gaze of the industry, Raeburn is known for using superfluous military fabrics, including dissected parachutes and camouflage wear, refashioning them into utilitarian apparel that has commando swagger in spades.

The latest RAEFOUND collection consists of genuine decommissioned ‘digicamo’ clothing and accessories from the U.S. Army, which completely eliminates the environmental impact of making a garment from scratch. Little wonder that American Vogue once wrote, “remember the four R’s – Reduce, Reuse, Recycle and Raeburn”. 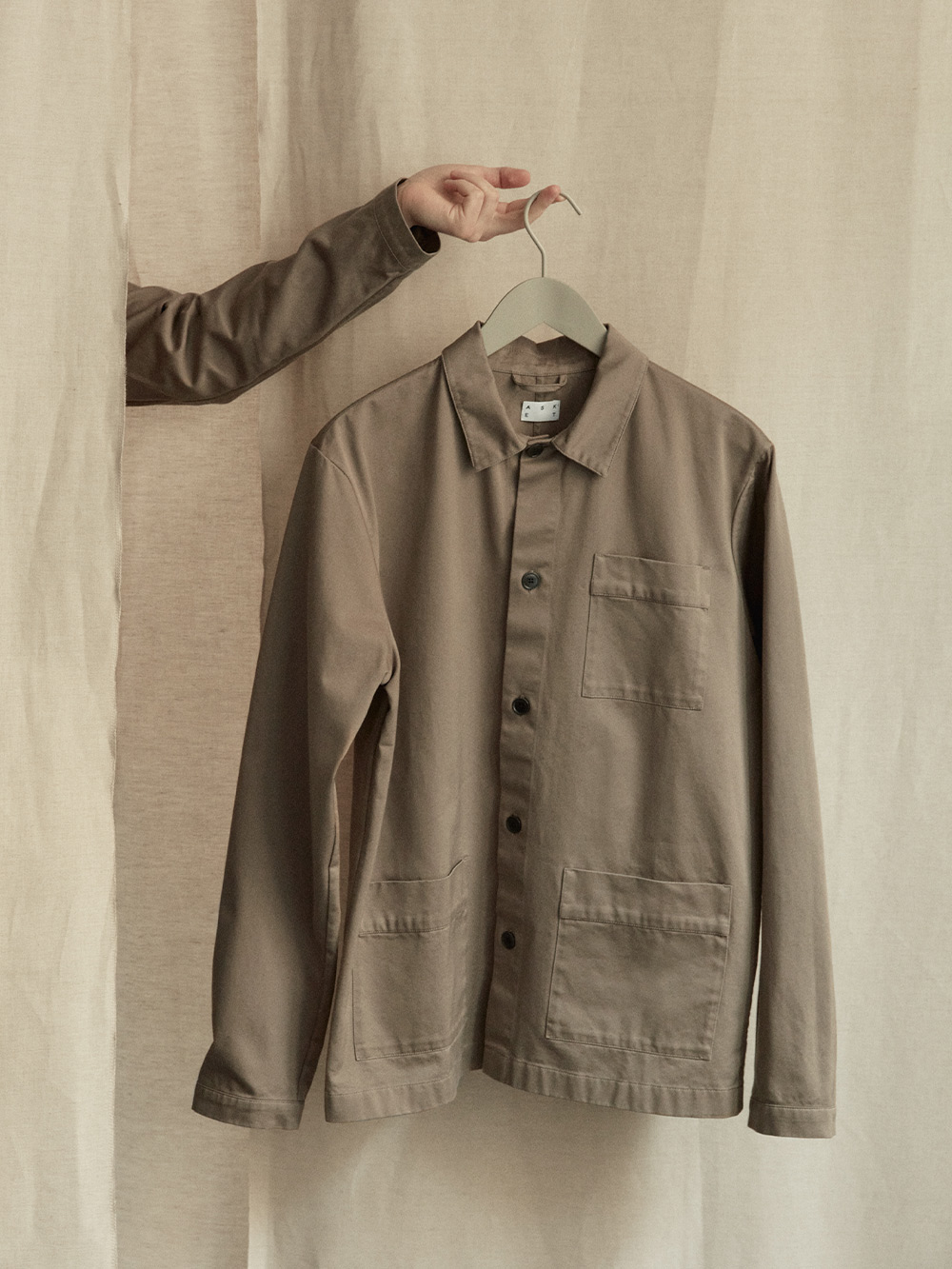 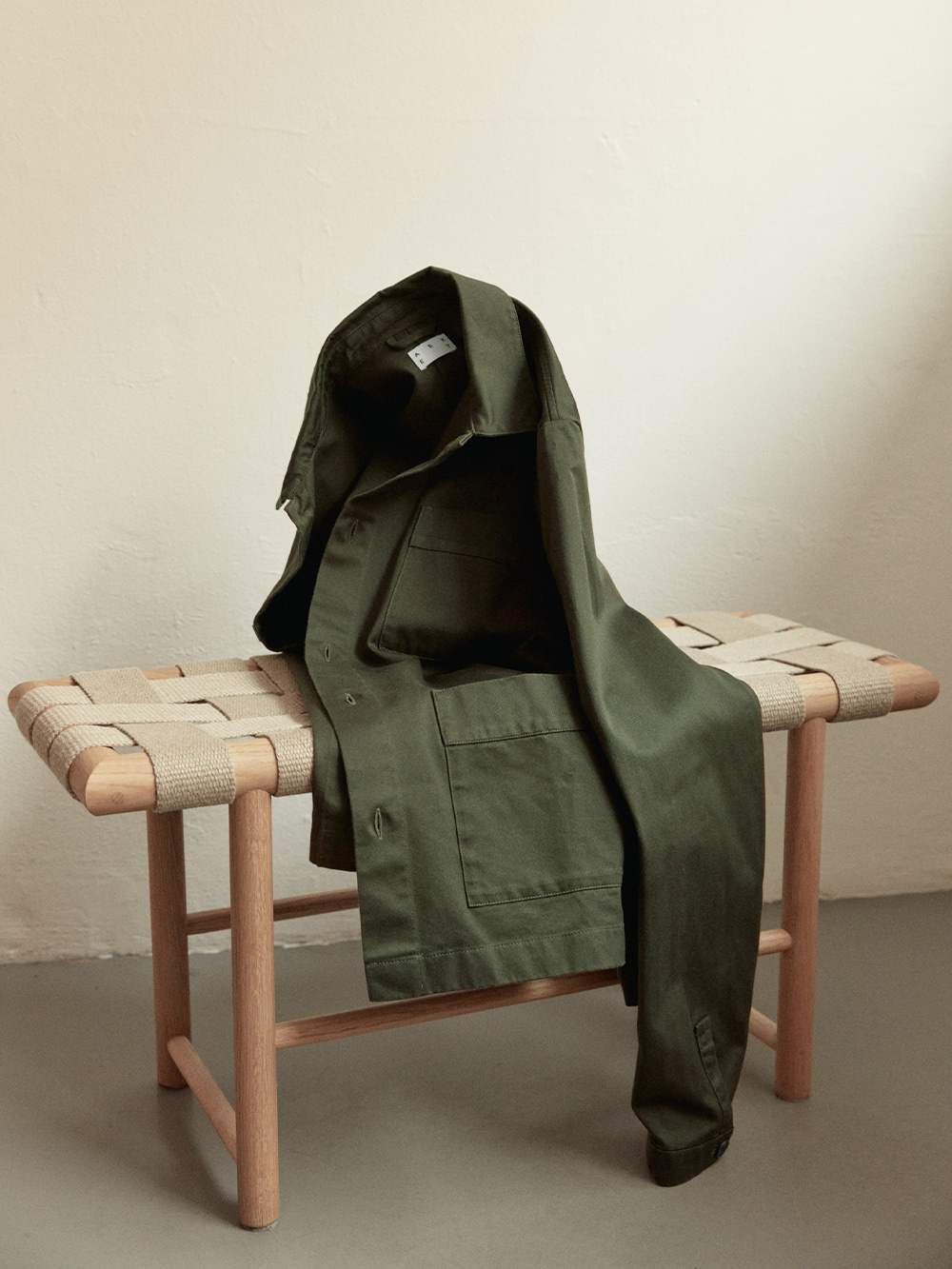 Along with Ikea, lingonberry sauce and a capital where a session at the bar will cost you the equivalent of a month’s rent, Sweden is famed for its eco-awareness. So it should come as little surprise, that ASKET – one of the greenest labels of the moment – hails from the Nordic nation. Following a traceability model that informs the consumer of the exact ‘cost’ of a garment from field to finishing table, down to the amount of water used in its manufacture to the CO² emitted during its shipping, its mission is to make us think twice about how much we really need in our closets.

While a cynical capitalist might think this is merely a shrewd PR stunt, the brand has put its money where its mouth with its Revival Program, which allows customers to return their used garments when they’ve reached the end of their life for a reward in cold, hard cash and which the brand then recycles or repurposes. This is style at its most sincere. 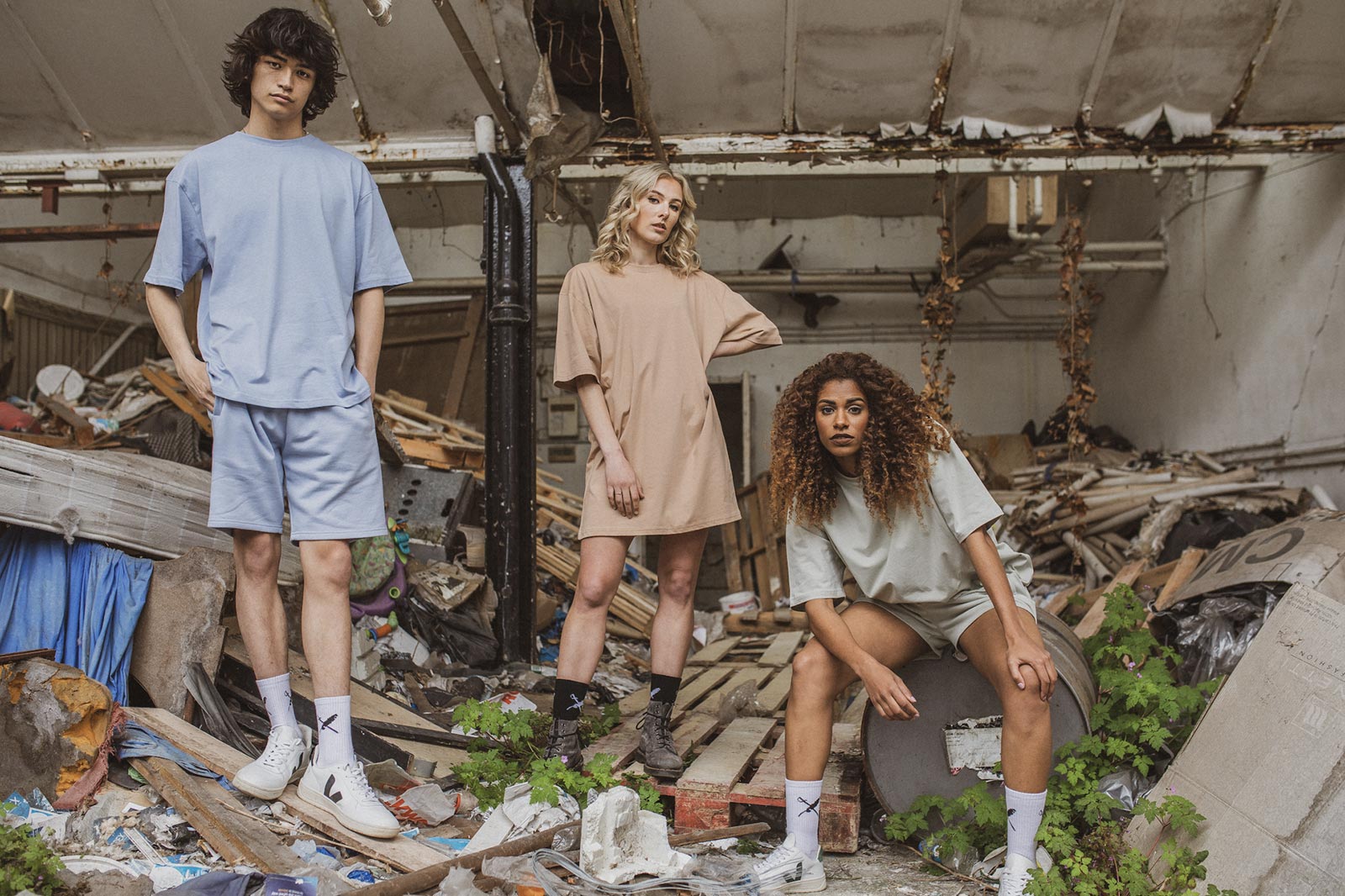 Some brands are content with making small, but significant steps towards greener practices, but for Frankie Phillips of TOBEFRANK, its all about being fully committed to the cause. Synthetic Azo dyes, used in 70% of mass-produced garments contain compounds linked to cancer and birth defects and these remain in the fibres of clothing – and on your skin – no matter how many times your gear goes on a full cycle in the drum. TOBEFRANK’s organic range is made using natural dyes derived from food waste, including olive leaves and walnut shells, keeping the chemical nasties off your back.

In addition, its latest Made in London range, produced in the brand’s Stoke Newington factory from excess fabric, linens and buttons found idling under cutting tables of fashion houses, is also flying the flag for the green contingent. And these aren’t substandard rags either – think silks, cotton twills and wool-blends woven in storied Italian mills. The factory is also approved by Sedex – the body responsible for ethical conditions for garment workers – so you know there’s been no toil over your threads. What you’ve got is a brand that is truly making a sea change towards a greener fashion future. 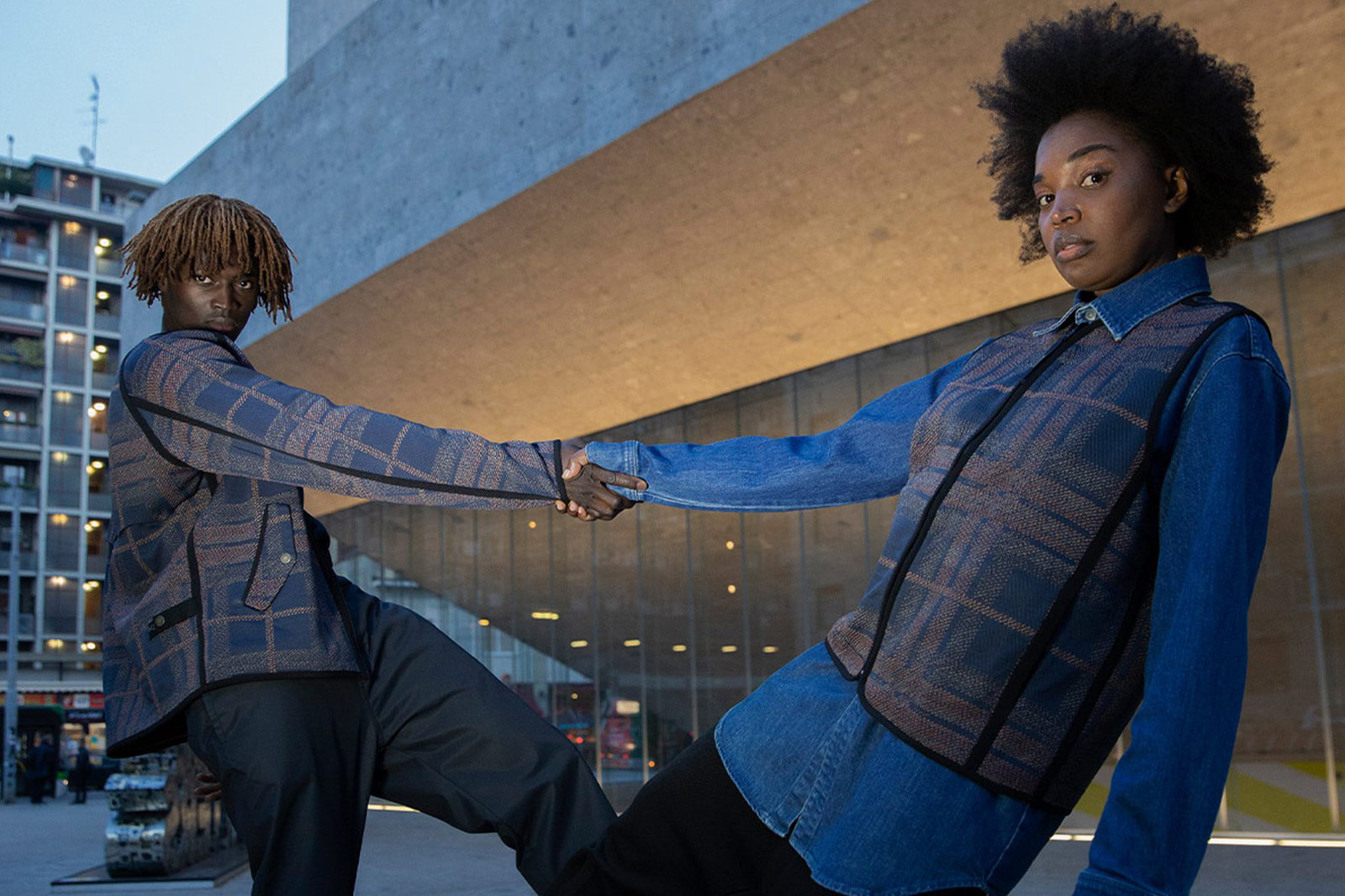 You might know Baracuta for its G9 Harrington jackets which have graced the shoulders of some of menswear’s biggest clotheshorses – most notably Steve McQueen, Daniel Craig and of course, James Dean in Rebel Without A Cause. While the brand still makes the iconic staple today, it’s put a more ethical spin on its offering with its outside-the-box collaborations. Its latest venture with BYBORRE – a Dutch firm leading the way in highly engineered sustainable fabrics – is a case in point.

The three-piece collection consists of limited edition 3D-tartan gilet and G4 and G9 jackets that have been cut from Sinterama Newlife™ – a recycled performance polyester derived from PET bottles gathered in northern Italy. The end result is garments that score highly for style originality, combining the brand’s classic aesthetic with a modern, planet-first ethos. 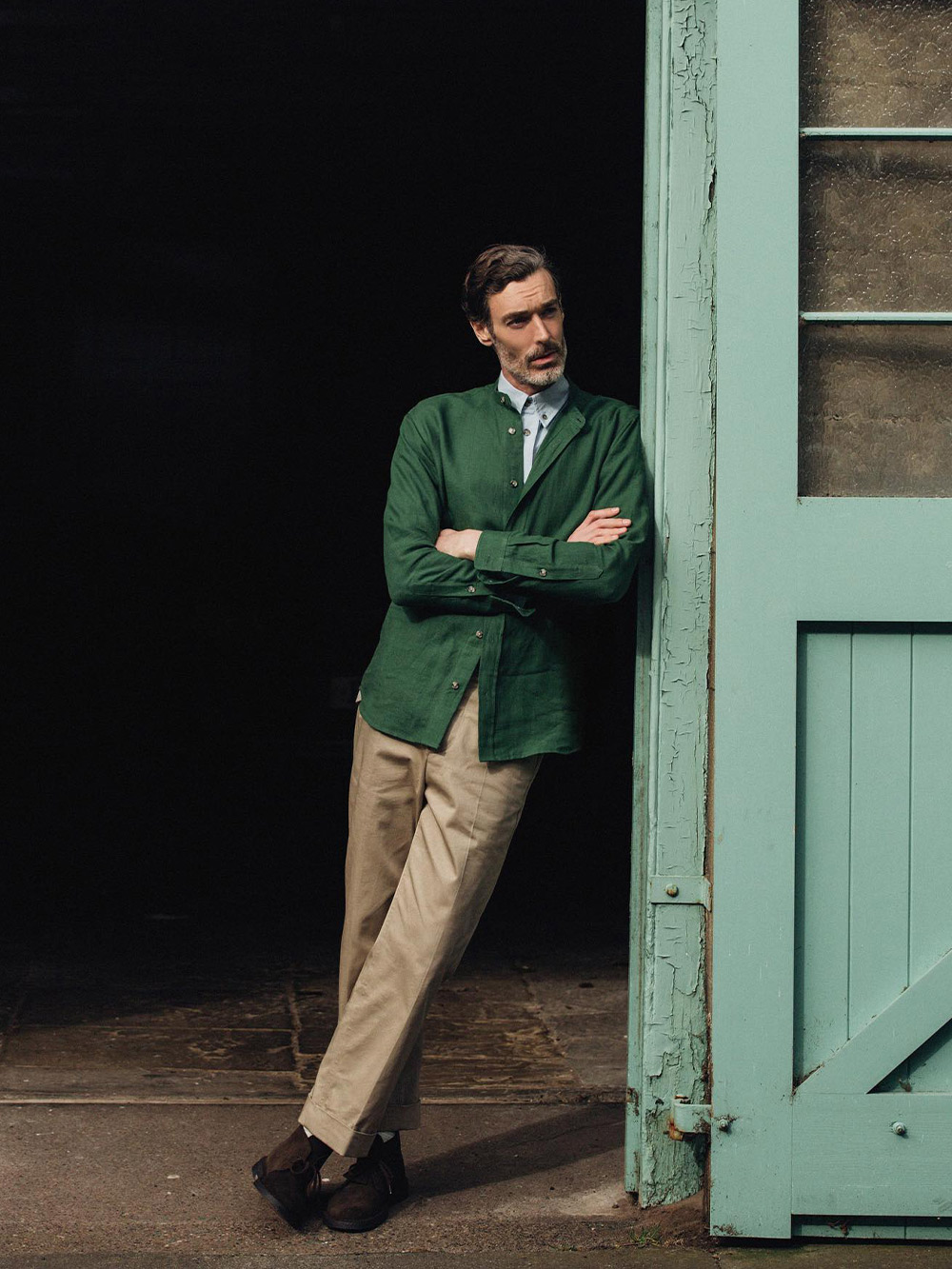 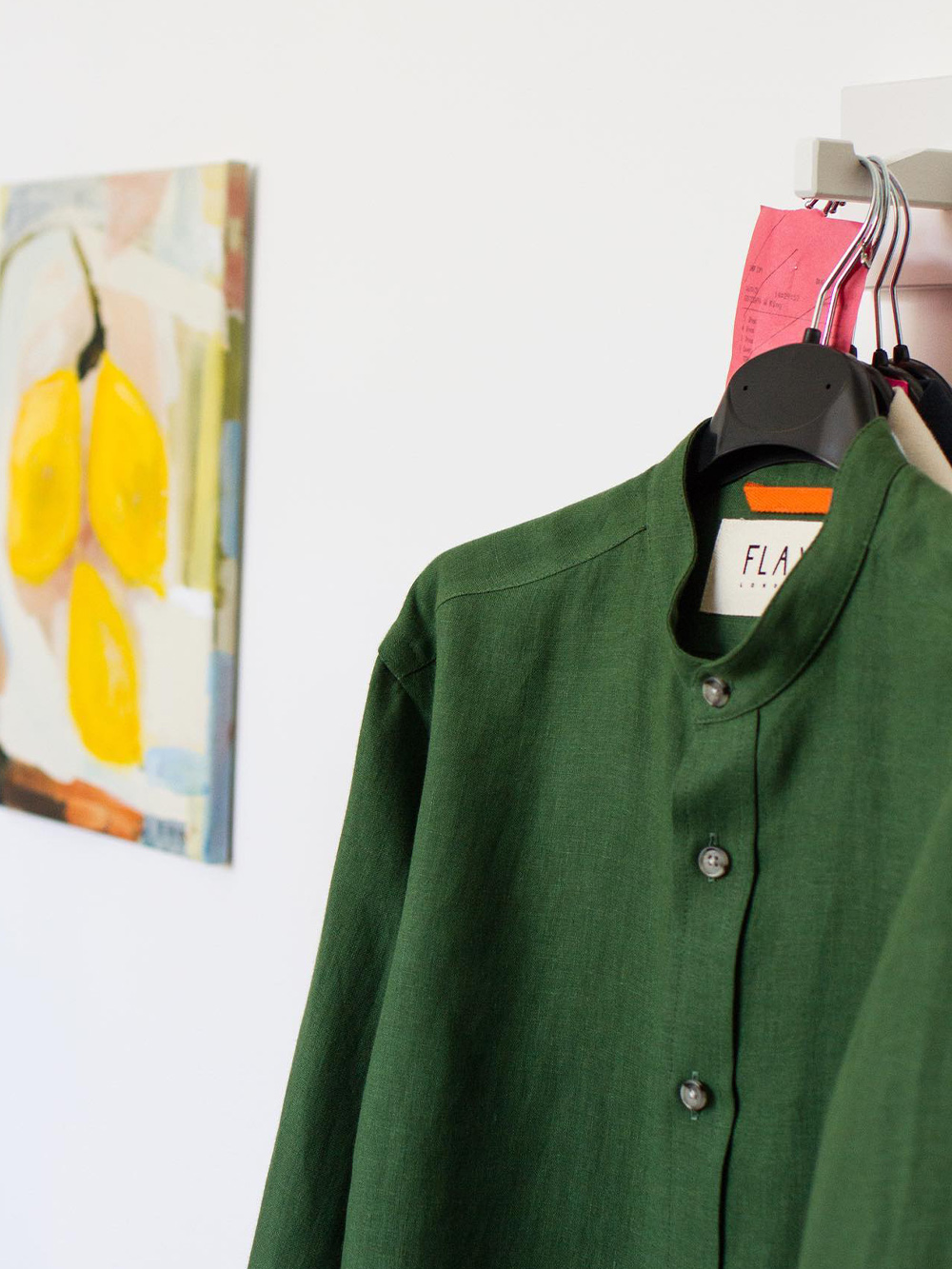 While you probably think of linen as a summer fabric, it’s actually ideal for year-round wear when you consider its weight, in the same way you’d gauge the warmth of a sweater by its heft. Flax London – named after the plant that yields the fibre to make linen – is aiming to highlight the ecological advantages of this wonder cloth. It uses zero plastics in its production model and its hardy, pure-linen garments are cut from light, mid and heavyweight Northern Irish cloths, coloured using a cold-dyeing technique that minimises water and energy usage.

Unlike cotton, which takes river-draining surfeits of water to grow and manufacture, flax plants thrive on natural rainfall alone, which reduces pressure on the world’s precious H₂O resources. An added bonus is linen’s natural antibacterial qualities, which also means you can cut back on the weekly wash.