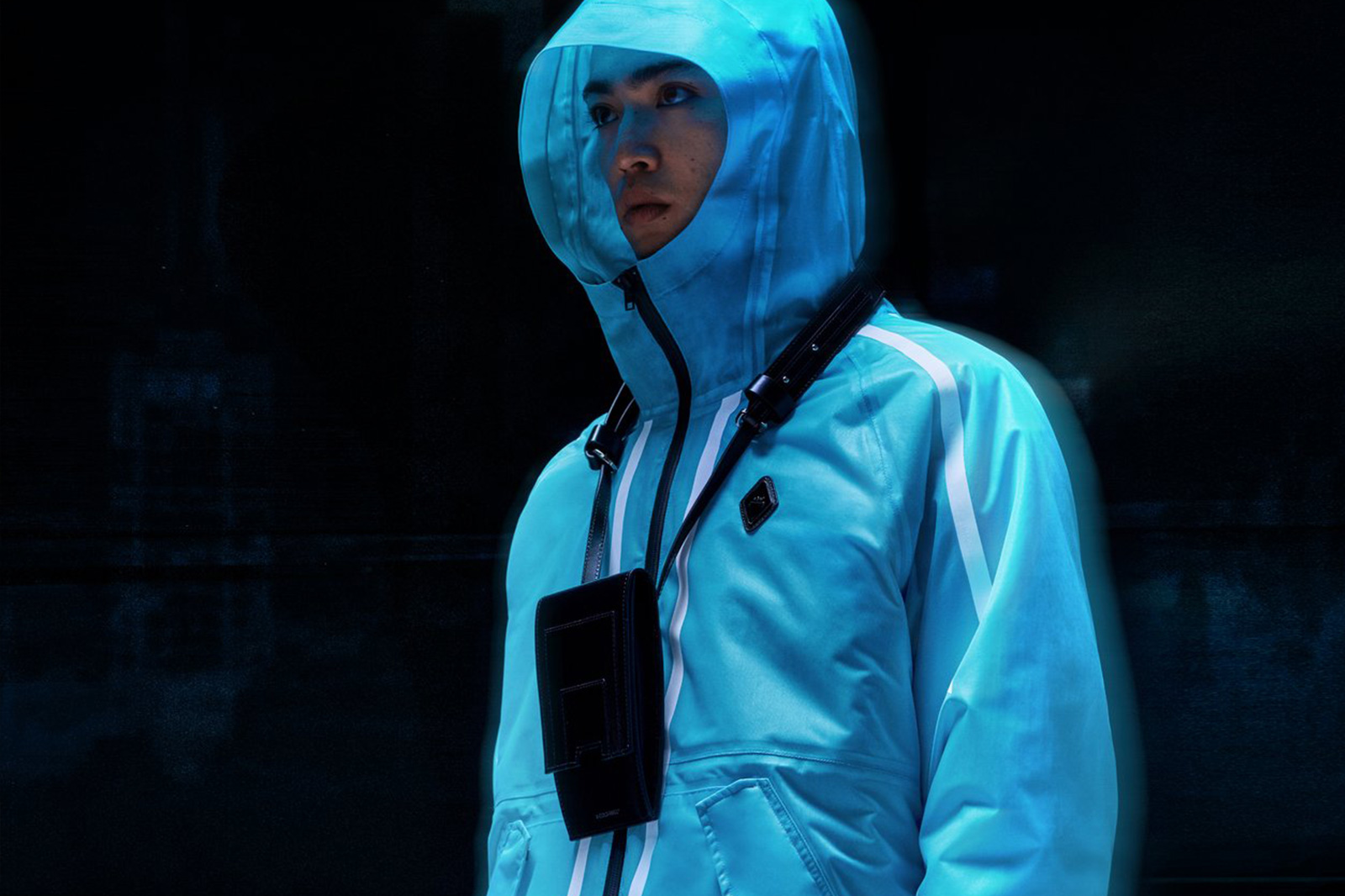 Out of all the things England can be most proud of, its achievements in textile innovation and garment production, specifically in outerwear, rank extremely high. So high, in fact, that ‘Made in England’ has become shorthand for exceptional quality.

From the textiles mill that developed Ventile cloth, to garment manufacturers that designed culturally important clothes that have been replicated but never bettered, it should come as no surprise that several of the world’s leading menswear labels frequently collaborate with enduring heritage outerwear makers, and it’s never been more apparent than for this AW21 season.

One of the greatest innovations in textiles and garment production was achieved by Charles Mackintosh during the Industrial Revolution in 1823. A chemist by trade, he managed to waterproof cotton by bonding two layers together with a rubber solution. Over the course of 250 years, Mackintosh’s eponymous raincoat specialising company has continued to innovate and excel in garment-making and has collaborated with big-hitting fashion brands such as the French fashion house Maison Margiela and high-end streetwear label A-Cold-Wall*. 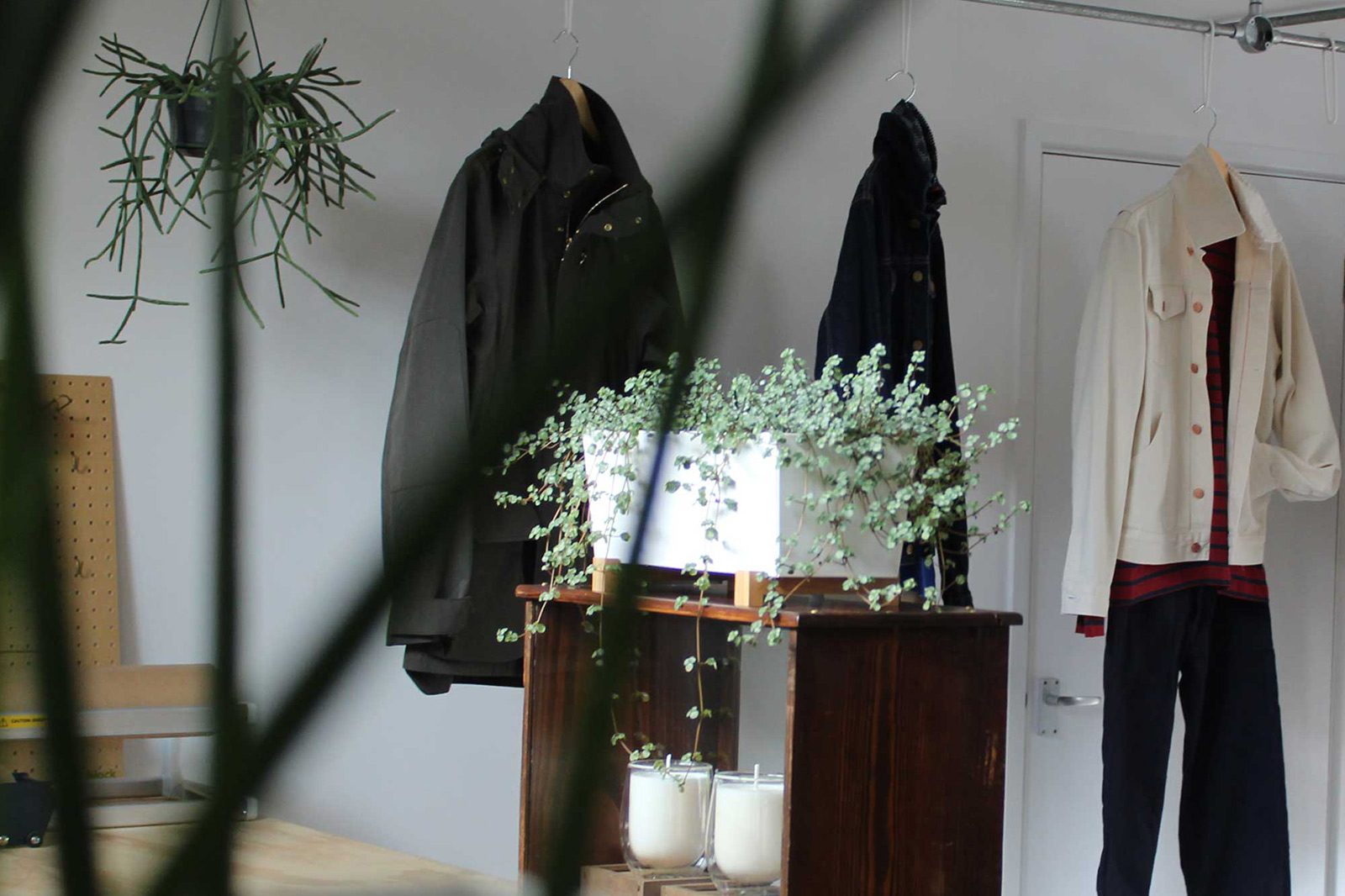 But there is no brand that respects the company more than The Workers Club (TWC), an independent British label that obsesses over quality and creates wearable, long-lasting items who’ve teamed up with the manufacturer for consecutive seasons on its entire outerwear offering from its Yorkshire-based factory.

“They have real know-how when it comes to technical outerwear production and they’re arguably one of the few remaining factories in Europe that can seam tape a garment properly,” says Adam Cameron, TWC’s creative director and co-founder. Cameron’s signature design is the Shell, an impressively waterproof parka with heat-sealed seams made from technical fabrics, such as a midweight navy cotton twill from the pioneering Italian company Olmetex. It’s a nifty piece of design that’s the central component of ‘The Works’, a modular concept of interchangeable items that includes the brand’s cosy wool gilet and down-filled bomber, which can be easily zipped into it to tackle unpredictable weather and changes in seasons. 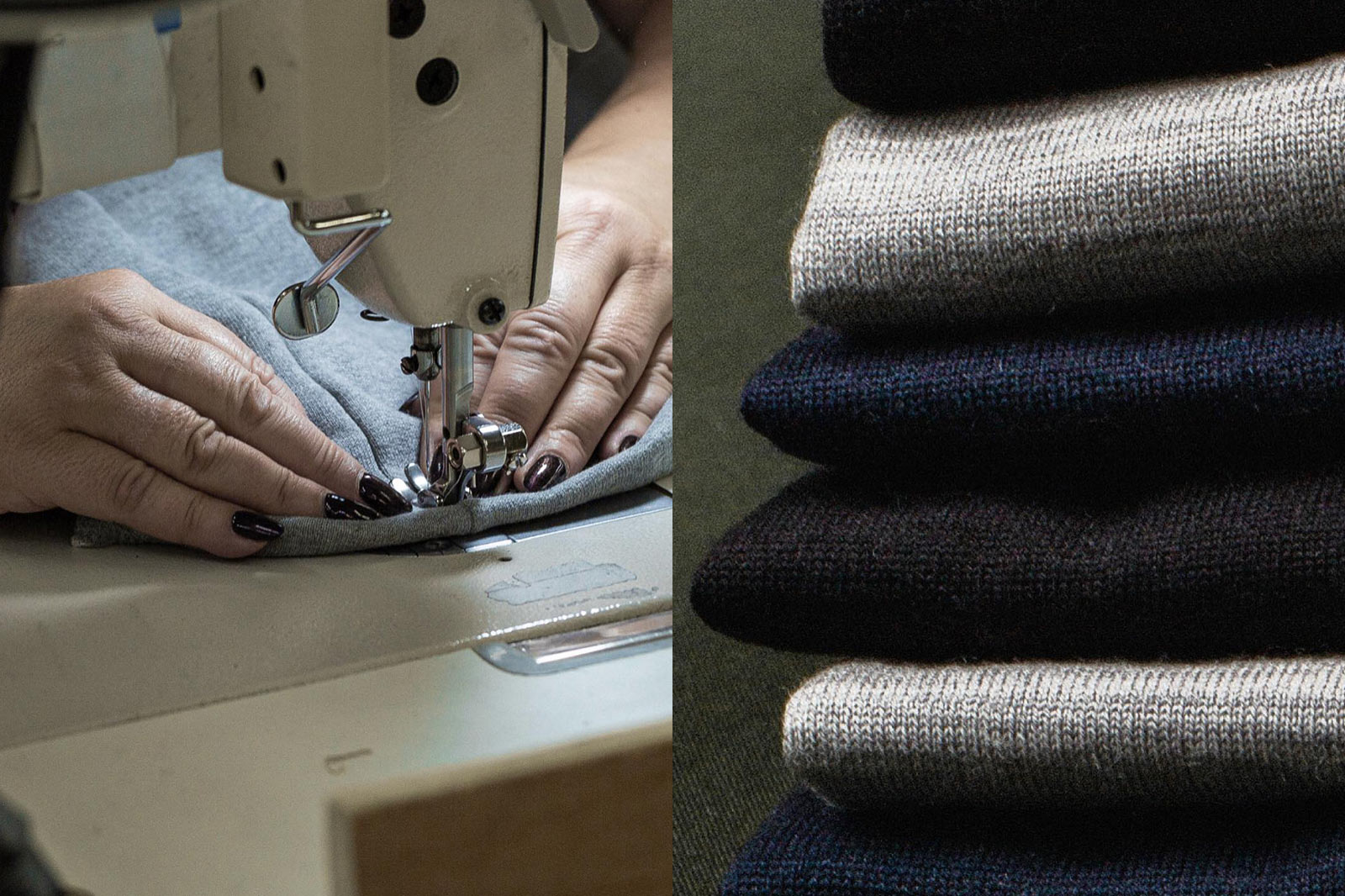 The city of Manchester is to textiles and outerwear what Northampton is to shoes and Savile Row is to bespoke tailoring, and it was the world’s first industrial city that was once known as Cottonopolis. “It was the heart and driving force of the world’s cotton ecosystem and associated rainwear textiles back in the day,” says James Eden, the CEO of Private White V.C. which operates from the city’s last remaining factory. 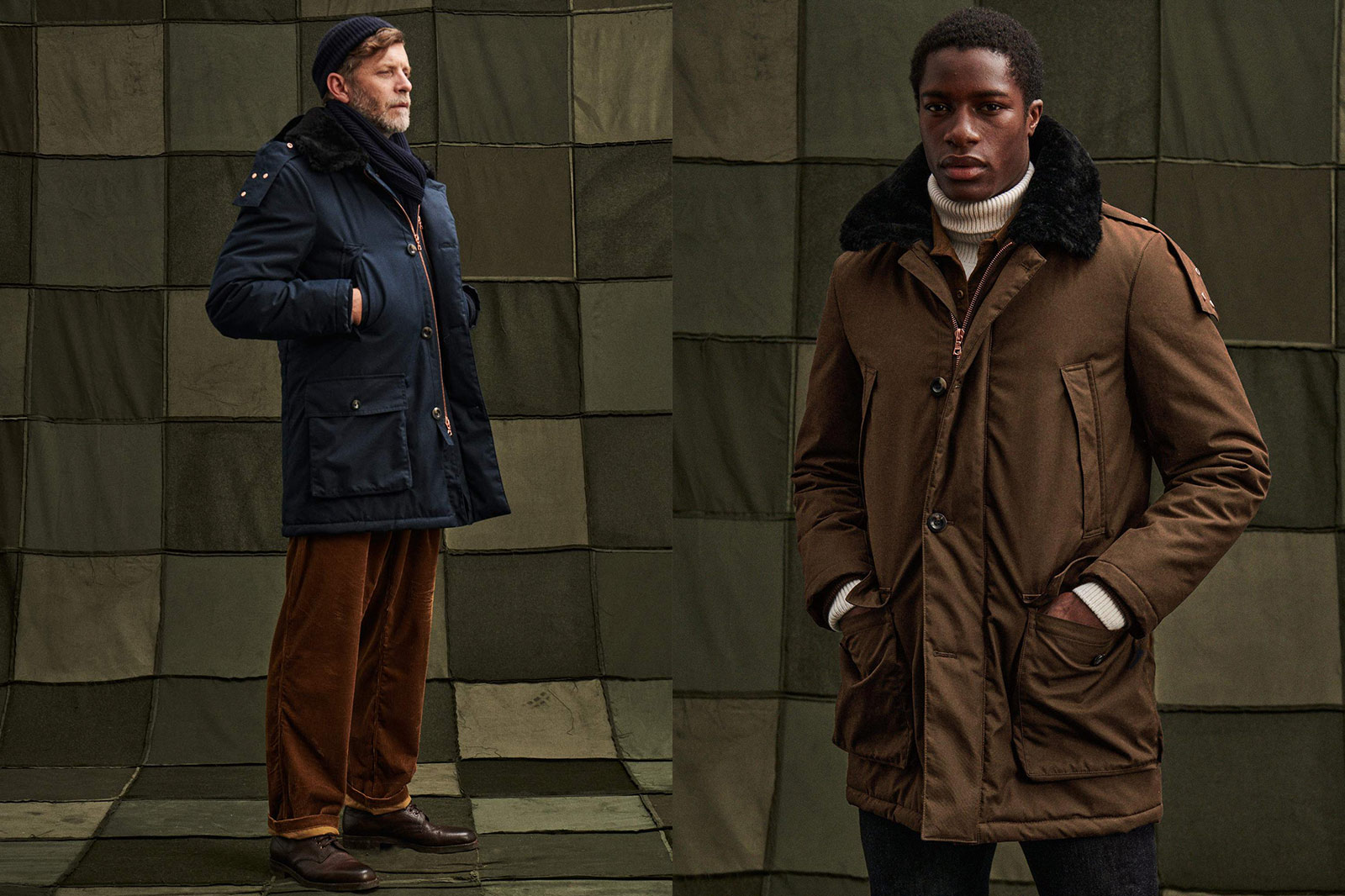 Private White is one of England’s leading outerwear brands that specialises in Ventile, an impenetrable and dense cotton fabric that effortlessly repels water. It was created in Manchester in the 1940s by a team of scientists to help prolong the survival rates of RAF pilots shot down over the Atlantic during World War II. It proved to be so effective that it was later worn by climbers during the first ascent of Everest in 1953. 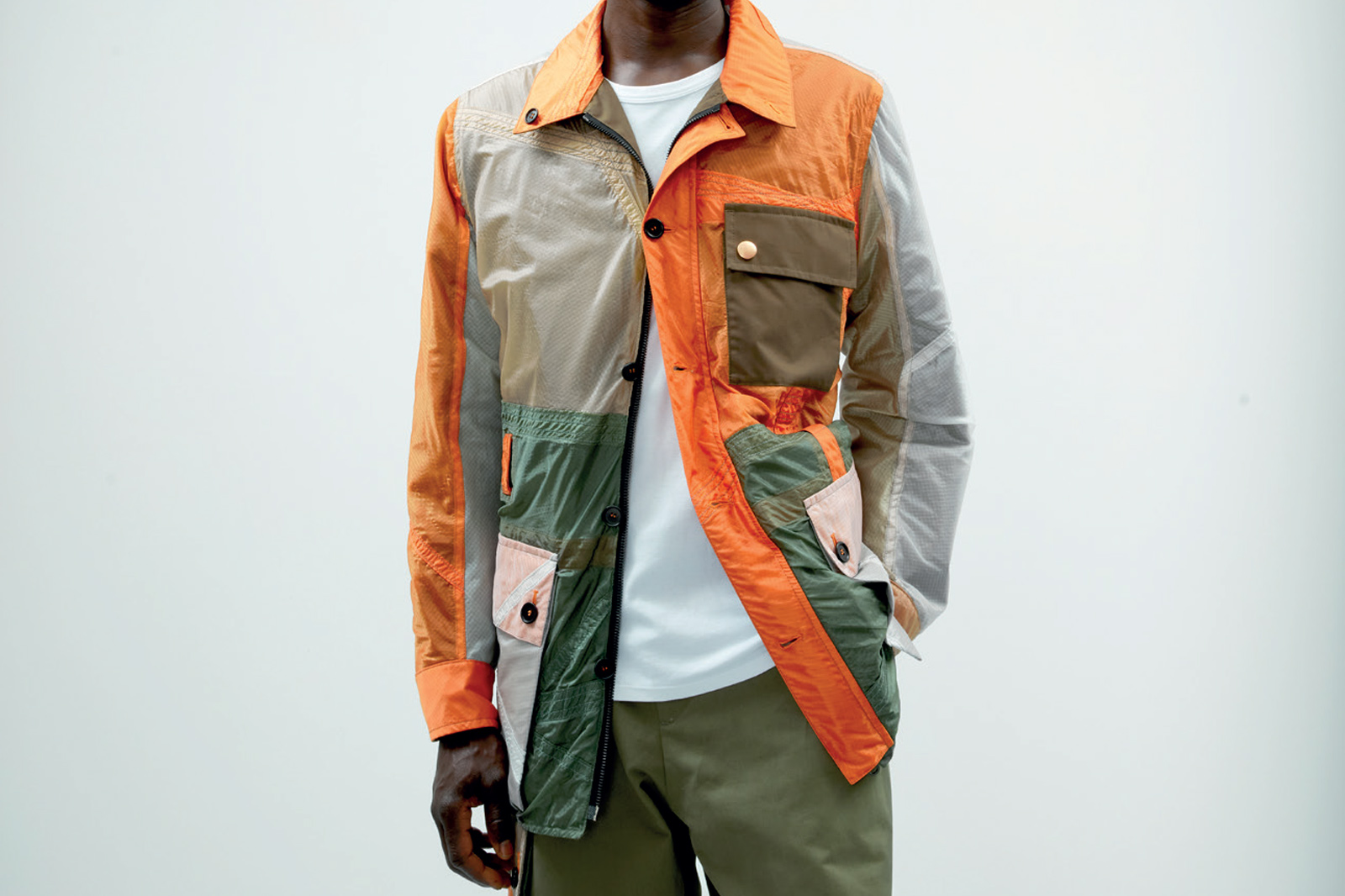 “Private White lies at the heart of British manufacturing, and it embodies this nature in all of its practices and products which was a driving factor in making this collaboration,” says Christopher Raeburn, the award-winning menswear designer and founder of the sustainability-driven and eco-conscious menswear brand RÆBURN. Together, they’ve produced an upcycled collection called RÆMADE, which consists of pieces of Ventile fabric tailored with off-cuts of military parachute canopies sourced by Raeburn. Each piece is incredibly striking thanks to a mix of orange and khaki, but the reversible C9 Field Jacket is easily the highlight of the collection. Raeburn adds that the collaboration has strengthened his “passion for British made garments and the importance of supporting local manufacturing.” 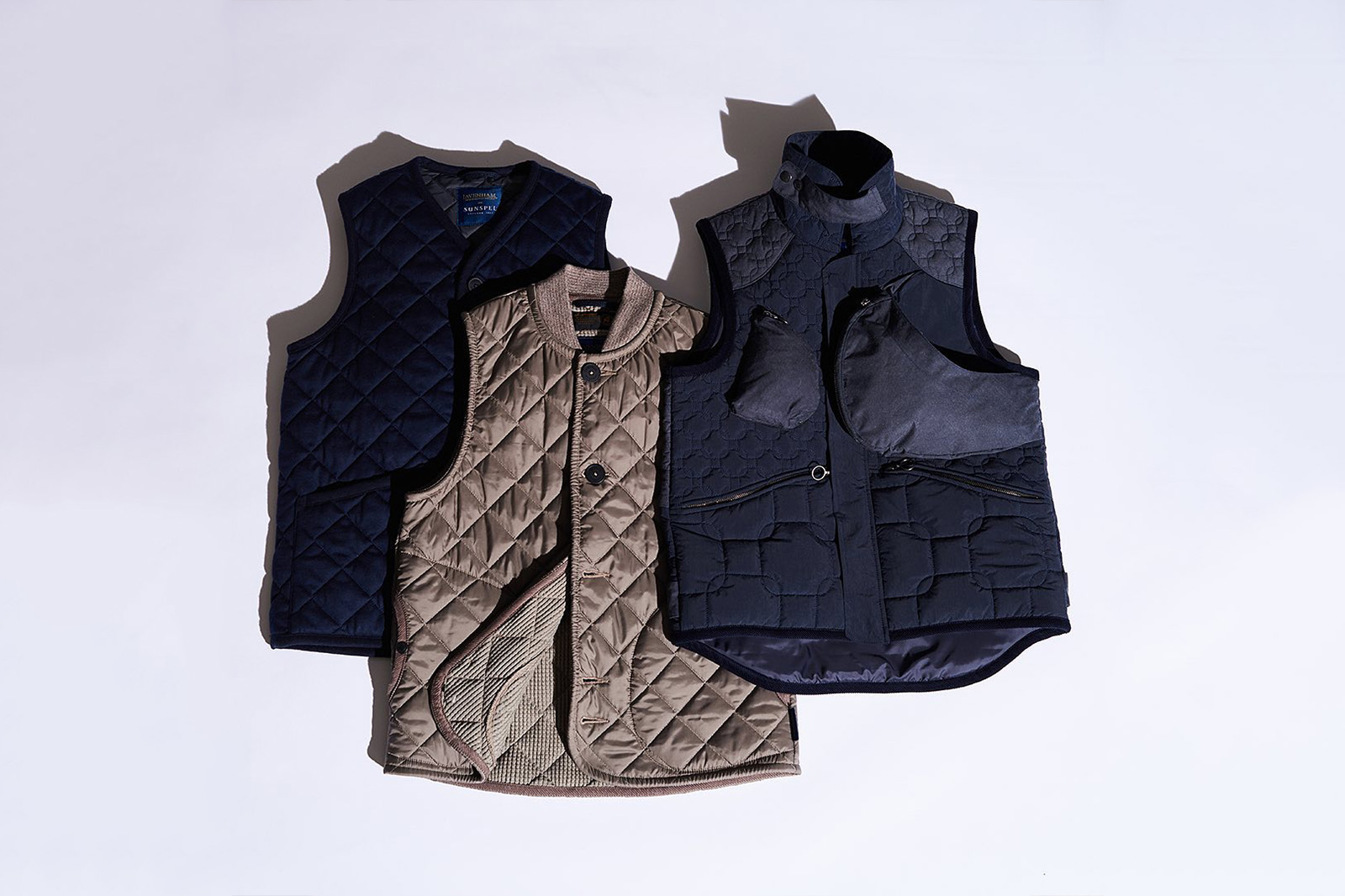 Down in Somerset, the pioneering brand Lavenham specialises in diamond-quilted garments and accessories, which are incredibly insulating due to the pockets of air that are trapped within the design and are staples for the winter seasons. It first collaborated with the French brand APC in 1993 and has since gone on to work with Kenzo, Sunspel and Nigel Cabourn. “Collaboration is a great vehicle to explore where all of our years of quilting and manufacturing expertise can be pushed. It helps us learn and grow as a brand by discovering new techniques, materials and concepts that collaboration partners bring,” explained its spokesperson. 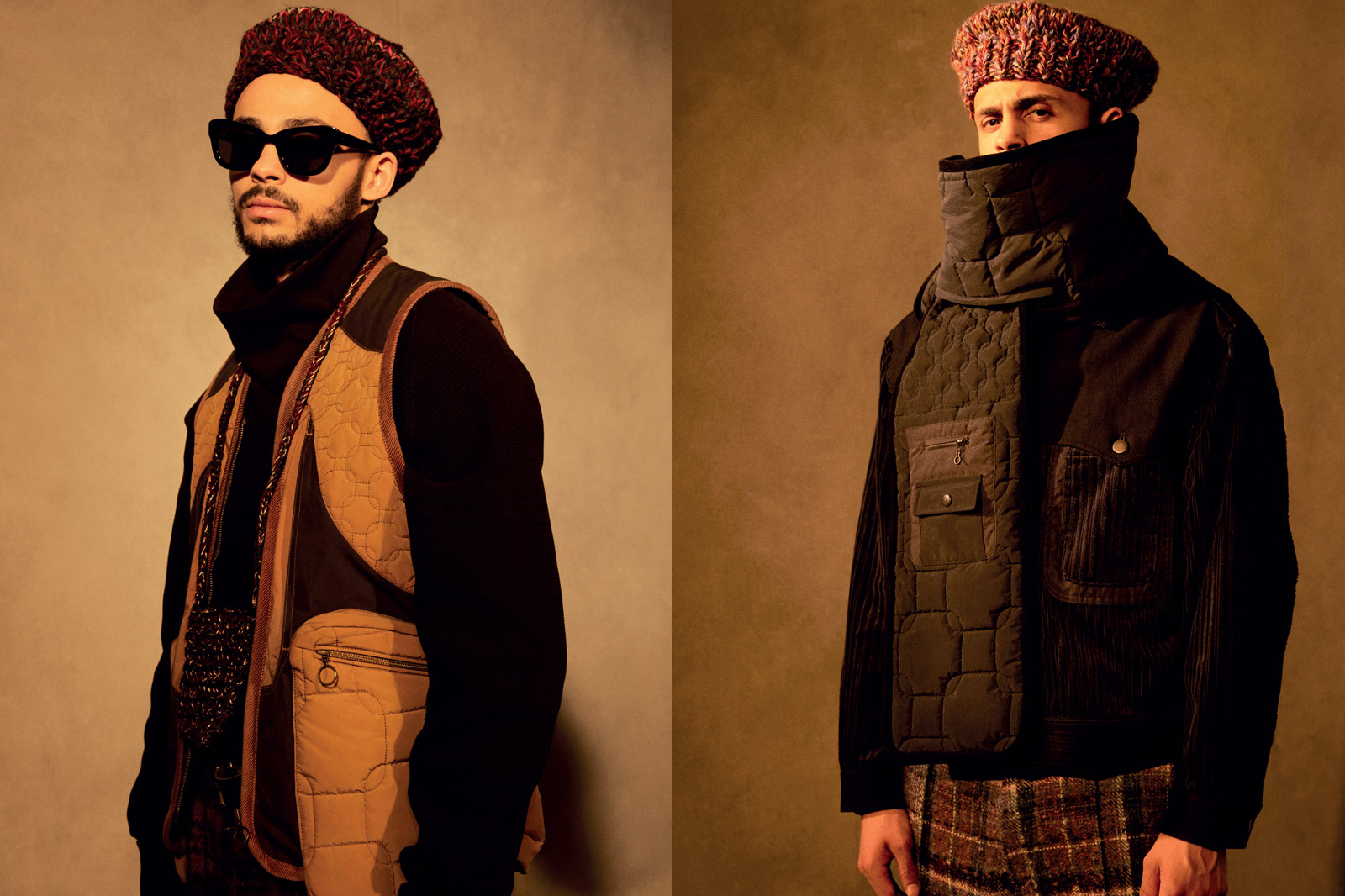 For several seasons now, Lavenham has worked with Nicholas Daley, one of the most exciting young designers to have surfaced in the past 10 years in Britain. “It’s about the synergy between past and present and bringing the Nicholas Daley DNA into the Lavenham world, to create interesting quilting, push Lavenham’s capabilities and create styles for today’s customer,” says Daley.

Known for his unique design language, he draws from his Scottish and Jamaican heritage and interests in martial arts, jazz, reggae, and textiles. Together they’ve produced unique pieces with intricate quilt designs and using Japanese technical fabrics and original waxed cottons from Dundee-based Halley Stevensons, which was founded in 1864. 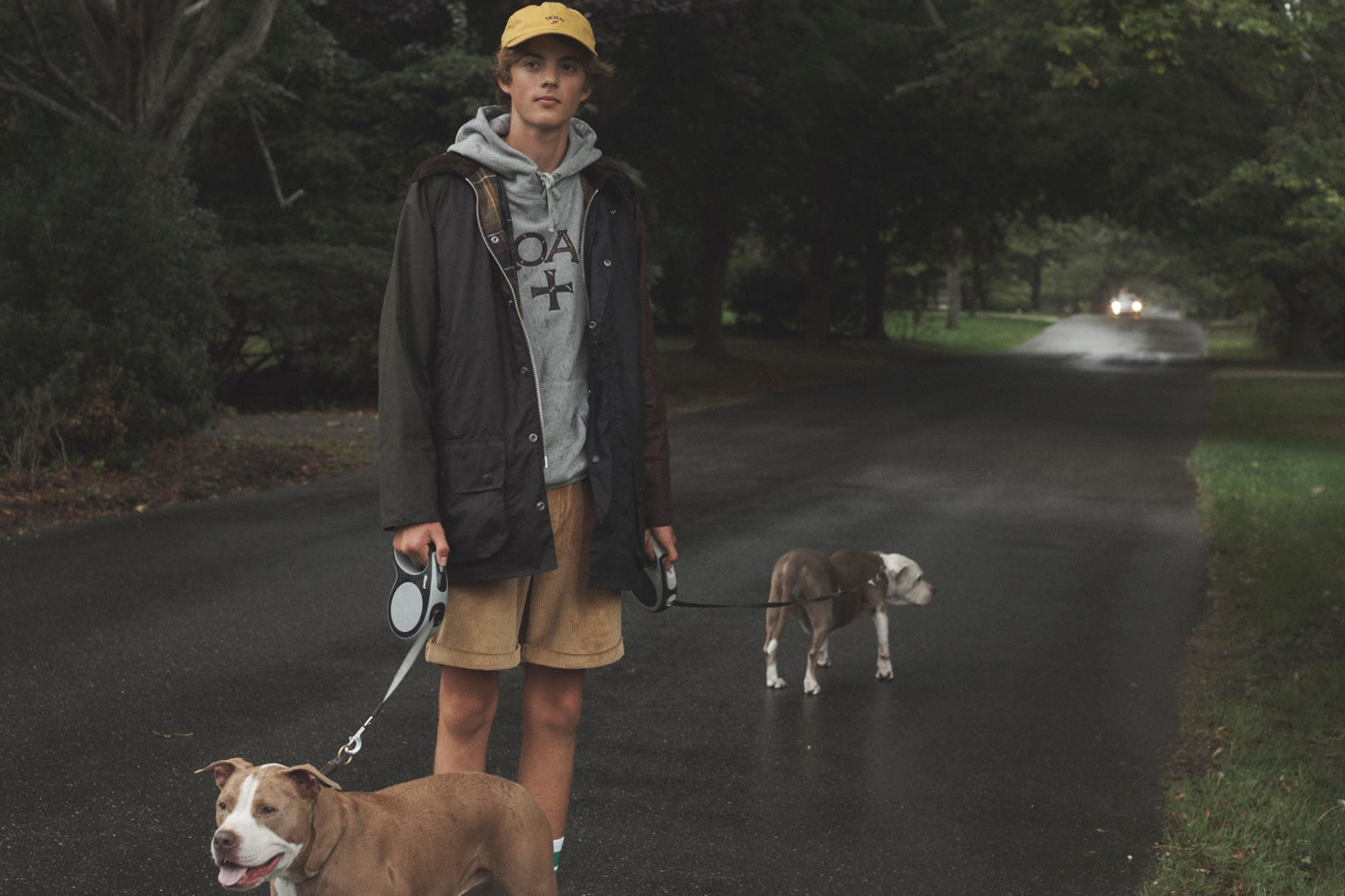 It’s not just British brands that are drawn to these manufacturers. Over in New York, NOAH is a mature streetwear brand founded by Brendon Babenzien, previously the creative director of Supreme. Noah’s designs are influenced by Babenzien’s Peter Pan-like obsession with youth culture – punk, skateboarding, hip hop – and he’s collaborated this season with two legacy British brands in Barbour and Baracuta. 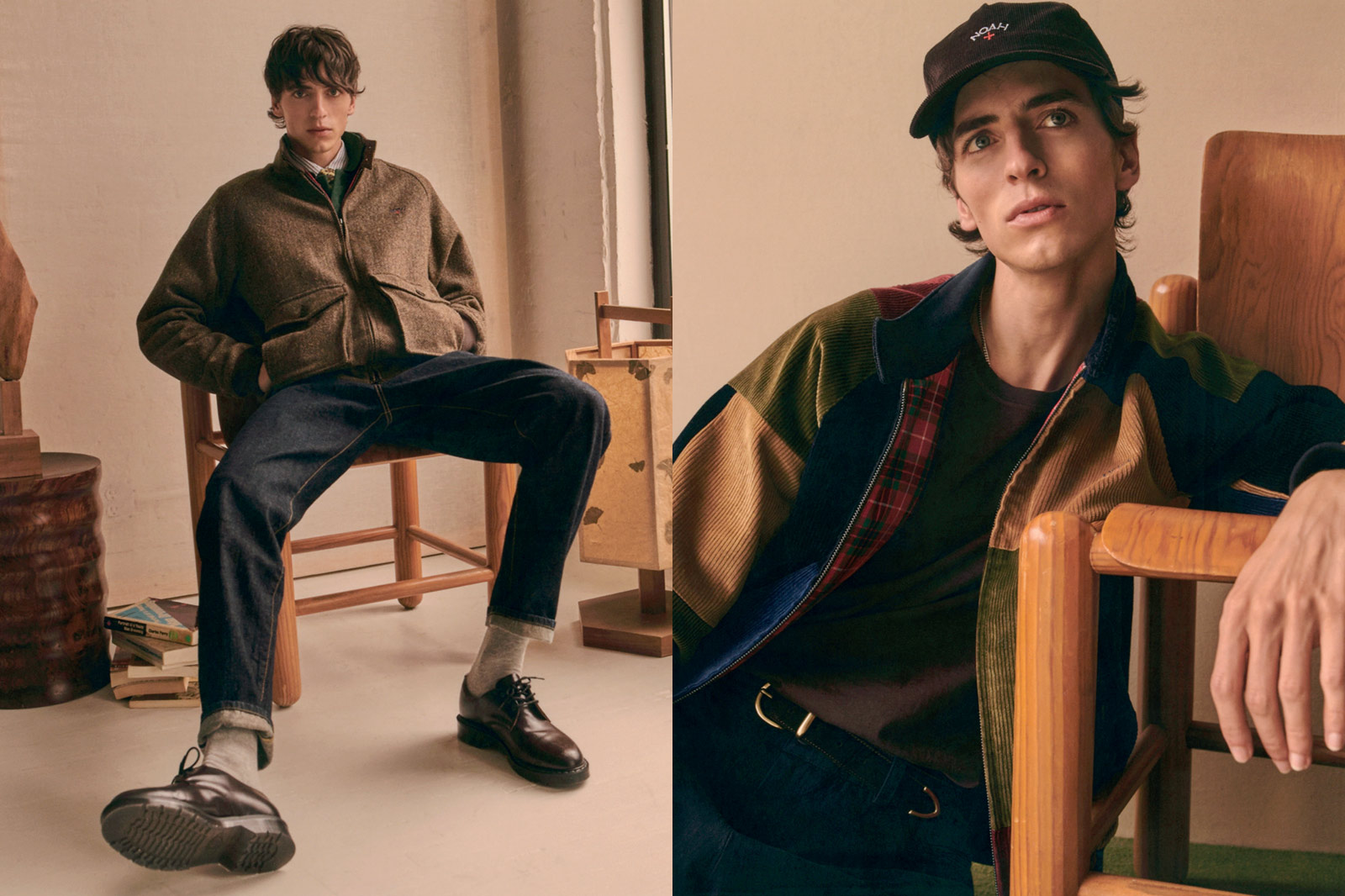 “Barbour’s Bedale waxed jackets can literally outlive people, and they represent the best in quality and style,” he says. On Baracuta, he says that there’s “something about their classics that make them accessible to all people regardless of their ideology or particular interests, particularly the G9”, which is the original Harrington jacket that was blessed with icon status through being worn by Elvis Presley, Steve McQueen and James Dean in the 1950s. 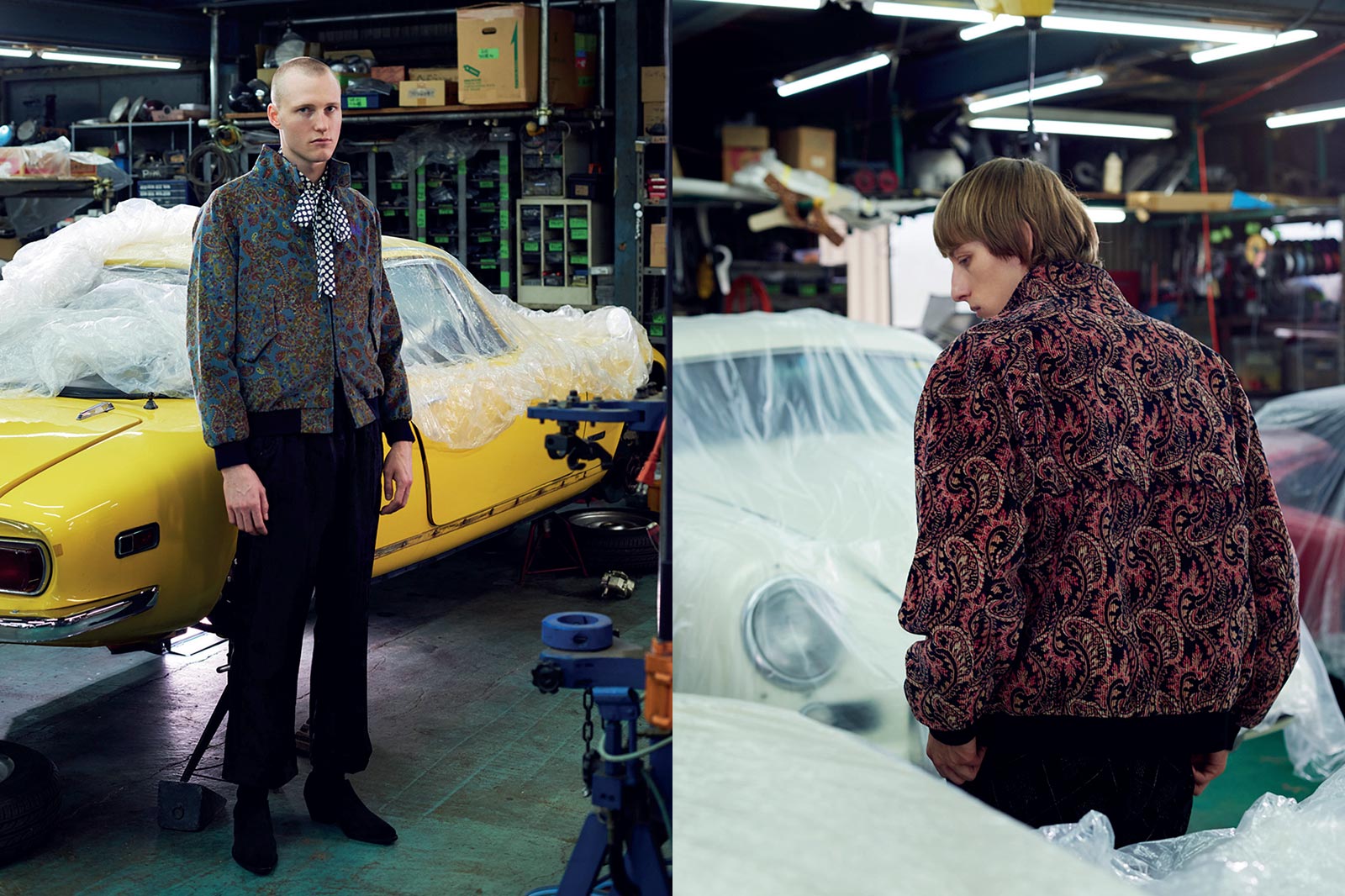 Then there’s Japan, a nation with menswear enthusiasts that are obsessed with British-made goods. The renowned retailer BEAMS has collaborated with Lavenham on an easy-going and oversized collection of classics in conservative colours that are great for layering in winter. “They always bring a particular focus on details of a garment and a playful view on fit,” says Lavenham’s spokesperson. Meanwhile, Needles, a Tokyo-based label that produces trendy reinterpretations of vintage thrift finds, has also worked with Baracuta on a striking range of G9 jackets cut from vibrant paisley fabrics.

With unrivalled heritage and quality, British manufacturing is certainly having a renaissance moment. The connection between traditional manufacturing and the contemporary fashion industry is going from strength to strength, and these collaborations have reaffirmed Britain’s status as the world-leading country for crafting practical, winter conquering outerwear with modern appeal, and long may it continue. Cheaney & Sons Hurricane II Derby Boots, £365 A good pair of boots are an absolute must in the... From brisky sunshine to the depths of storms, get ready to tackle everything winter can throw at...