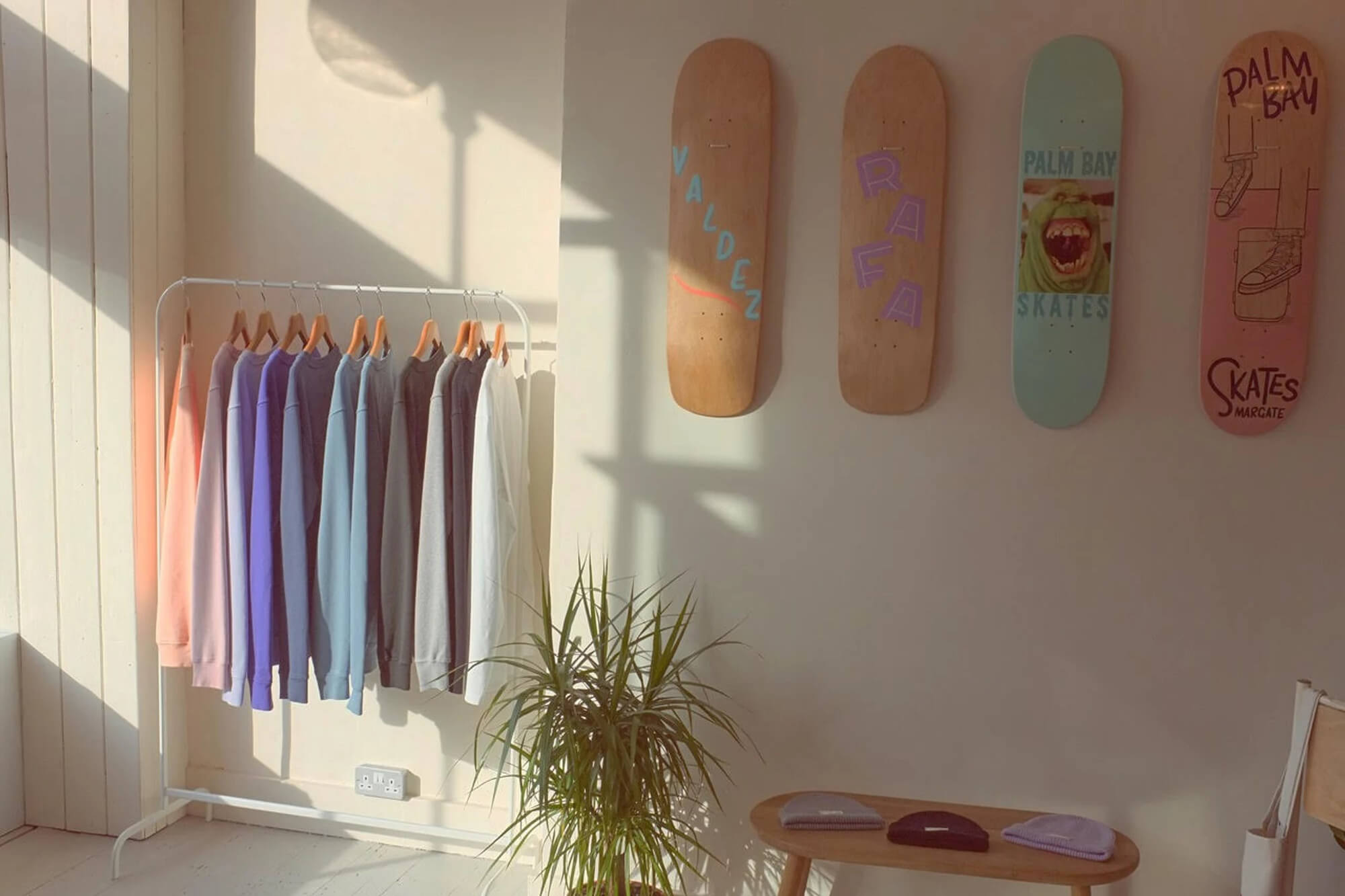 The pandemic has made us all acutely aware of where we live. Working from home in London presented with the same view of concrete and cars out of the window, nothing feels further removed from my daily life than getting out on the beach and breathing salty sea air. Living in a city, there’s always that feeling just under the surface of disconnection from the natural world, and this has only intensified during lockdown. Perhaps that’s why I’ve gravitated towards brands that sell me that coastal fantasy, transporting me to a place where windswept sand dunes and crashing waves are bathed in a sunset-pink Instagram filter. Thankfully our homegrown clothing scene has me covered.

Around this country’s shores you’ll find a selection of labels, both established and new wave, who make the kind of rugged-yet-refined menswear that brings the seaside into your wardrobe – and, since Covid-19 hit, their popularity has notably increased in cities. 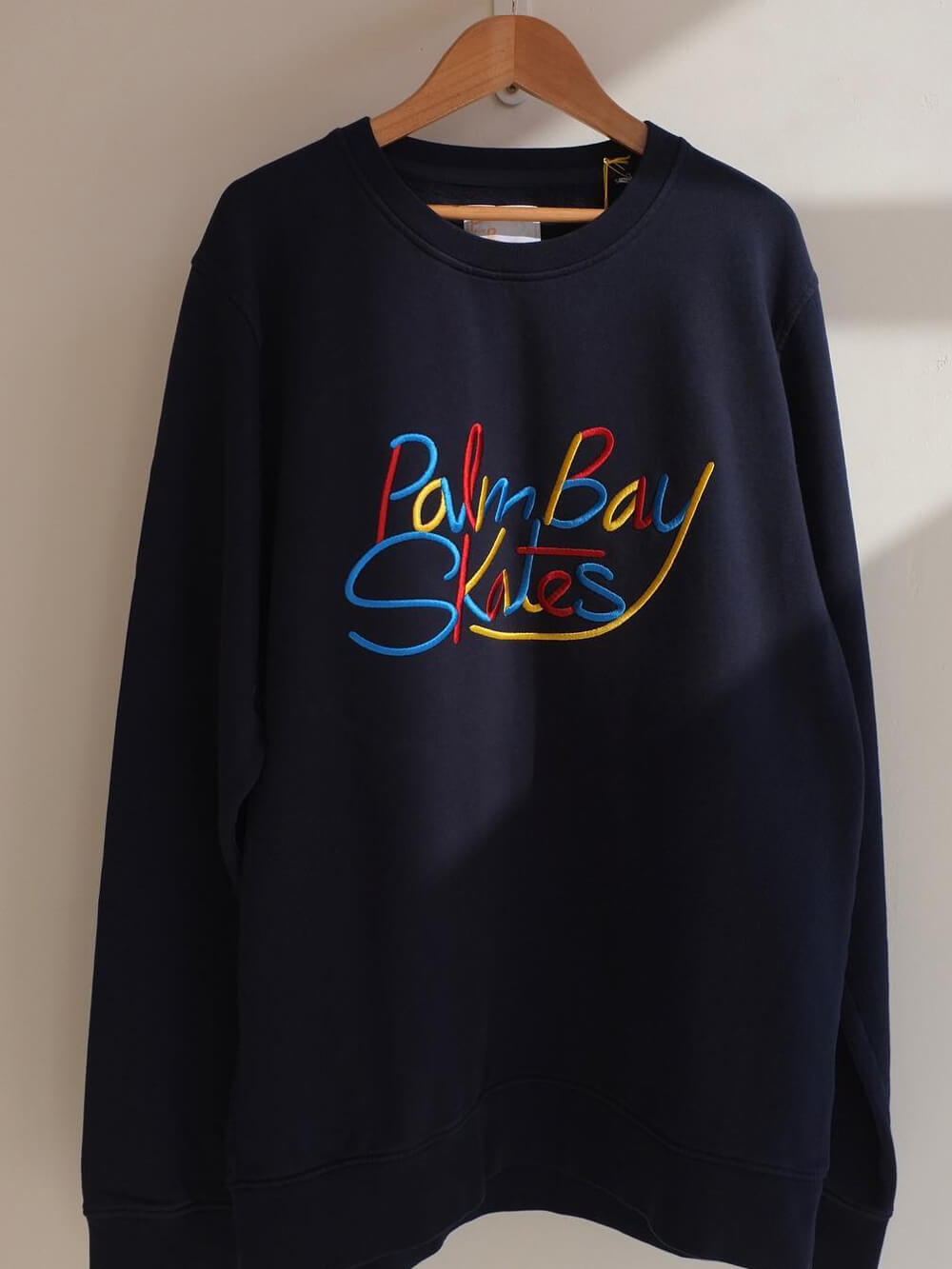 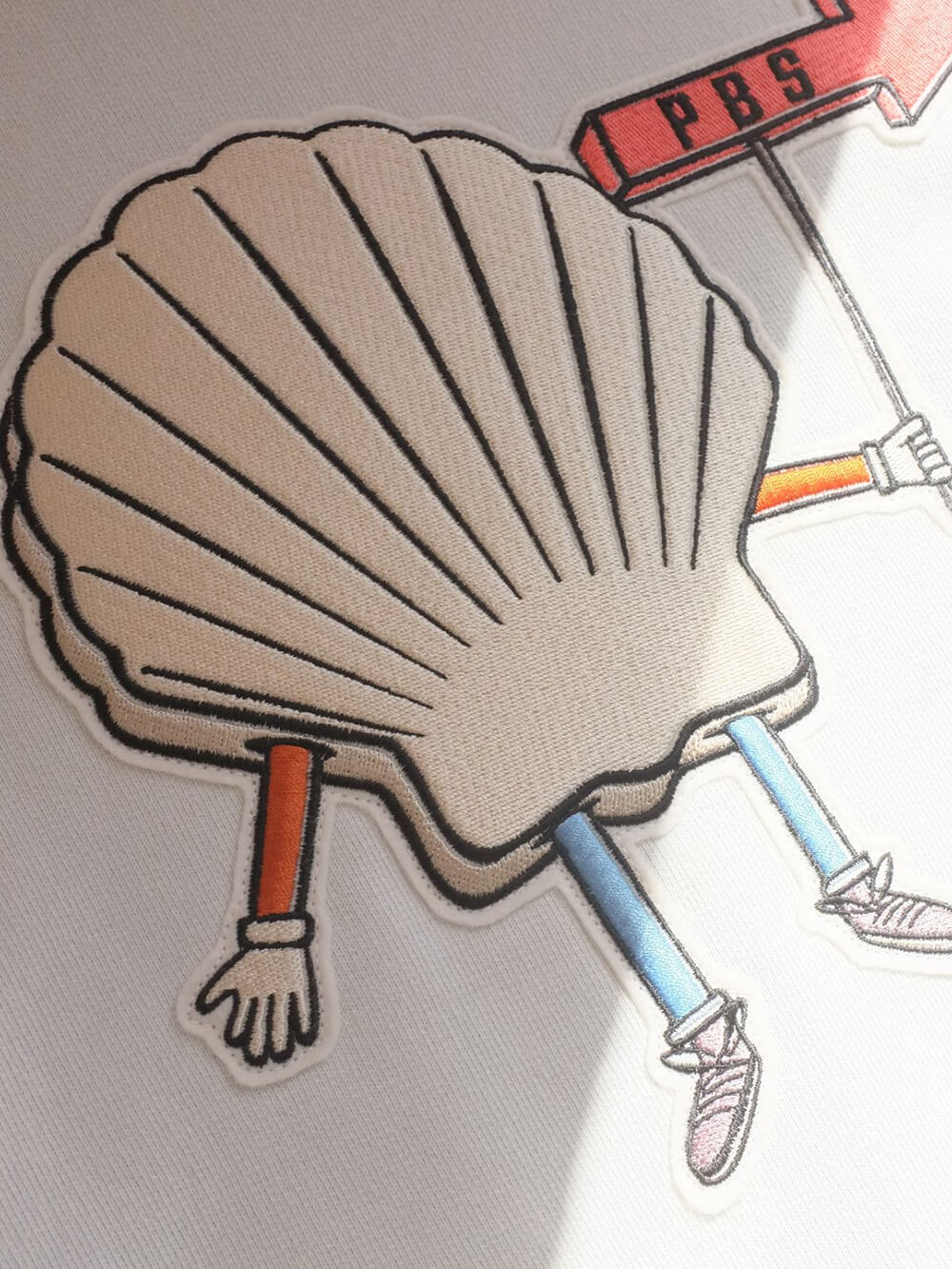 “Up until very recently, interest in our brand was mainly local – most of our Instagram followers were from Thanet,” says Matthew Tompkins of Margate-based Palm Bay Skates. “However, in the past four or five months we’re getting a lot more followers from London, and posting more online orders out to the city.” Jointly founded by Tomkins and his wife Sarah in 2016, the brand operates out of a small turn-of-the-twentieth-century storefront in the town’s fashionable Cliftonville district, close to the local skate scene and a stone’s throw from Palm Bay Beach. On the surface its offering of sweats, T-shirts and baseball tops might not feel particularly coastal, but the seaside is there in the spirit of the pieces: the colour palette of washed out oranges, pinks, reds and blues are inspired by the sunsets over Margate, the typefaces and graphics are taken from signs (such as the one that famously flashed over the entrance to the recently-reopened Dreamland amusement park), the logo is a shell. It vibes off the glory days of the town as one of Britain’s coolest midcentury beach resorts, but it also celebrates what makes the area cool now (skateboarding) – and combines the two on pieces made in Margate that anyone can wear whether they’re in London or skating around Cliftonville. 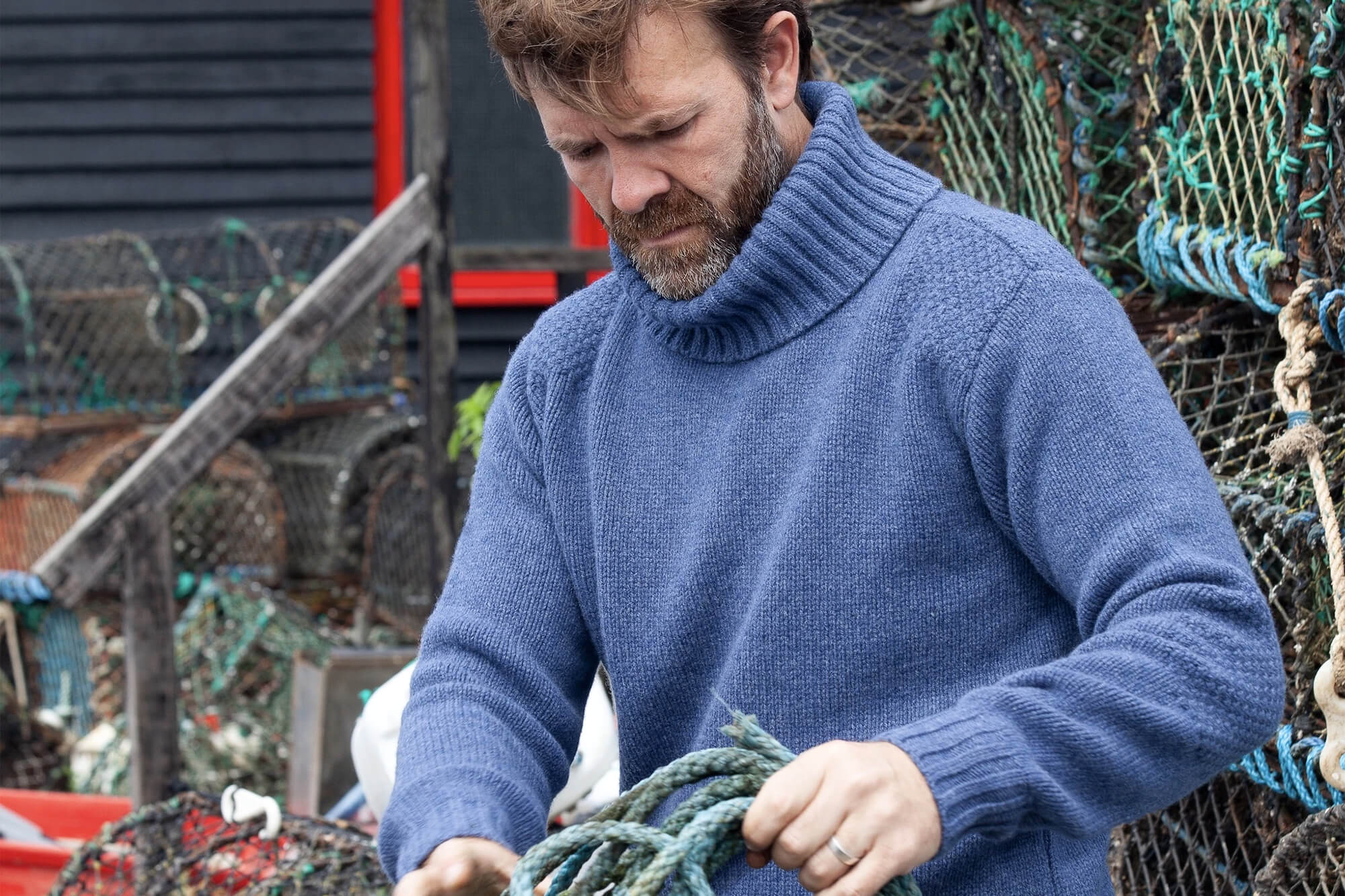 Three hours’ drive up the coast in the small Suffolk town of Southwold, Blackshore Clothing has discovered a similar newfound popularity with city-dwellers.

“We’re only two hours from London, but it feels like a different world here,” says the brand’s managing director Sam Middleton. “I think a lot of the people who visit from the city, who work in finance or the media, want to be fishermen deep in their hearts, but just not for a living. However, dressing a bit like a fisherman helps them get a little closer to it back in the city.”

Middleton, who lives in the town, established Blackshore Clothing in 2017 after getting inspired by what locals in the area wore – the practical, hardy clothes that still made the cut with the locals in a working fishing town. 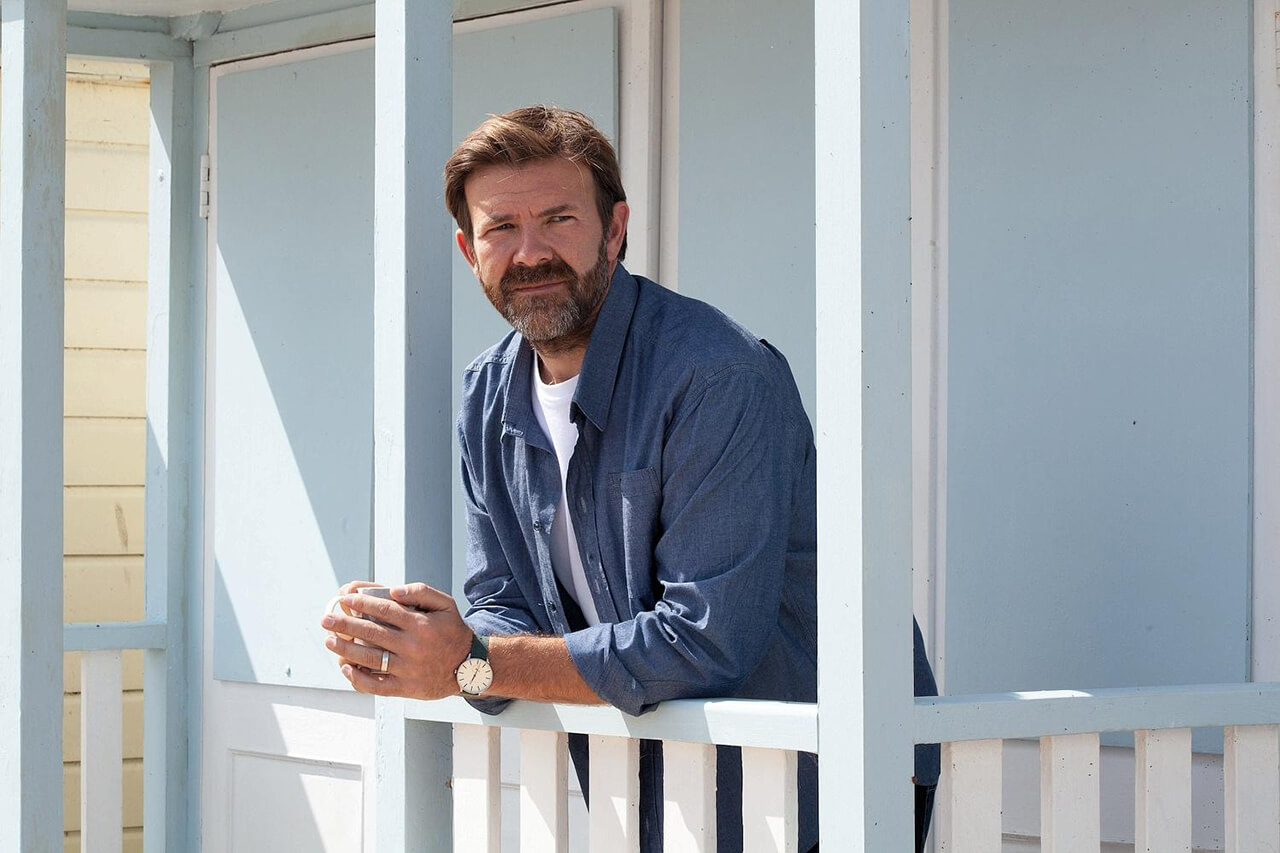 “All our items relate back to coastal workwear. We have a fairly limited colour palette of various shades of blue and the fabrics we use tend to be cottons, canvases, denims, and oiled wools,” says Middleton. “The inspiration for the look and feel was me kicking around in the boatyard, watching the people work and the utilitarian clothes they all wore, often involving bright orange safety gear, which is why you get splashes of orange in our pieces too.”

However, you could argue that a whole host of menswear labels around the country are inspired by nautical workwear. What truly sets the navy Guernseys, pleated trousers, cagoules and smocks apart from the crowd at Blackshore? Well, apart from every item being made in a workshop on site in Southwold (“We’re making six garments a week right now, we’re tiny!”), even the philosophy of sustainability the brand possesses is taken from the sea.

“We offer a lifetime guarantee on our products. We want people to come back in ten years’ time and ask us to fix them,” says Middleton, “It’s a bit like boats that go on and on and on because you’re constantly replacing bits of them and making them better – you don’t just throw one away when a new one comes out.” 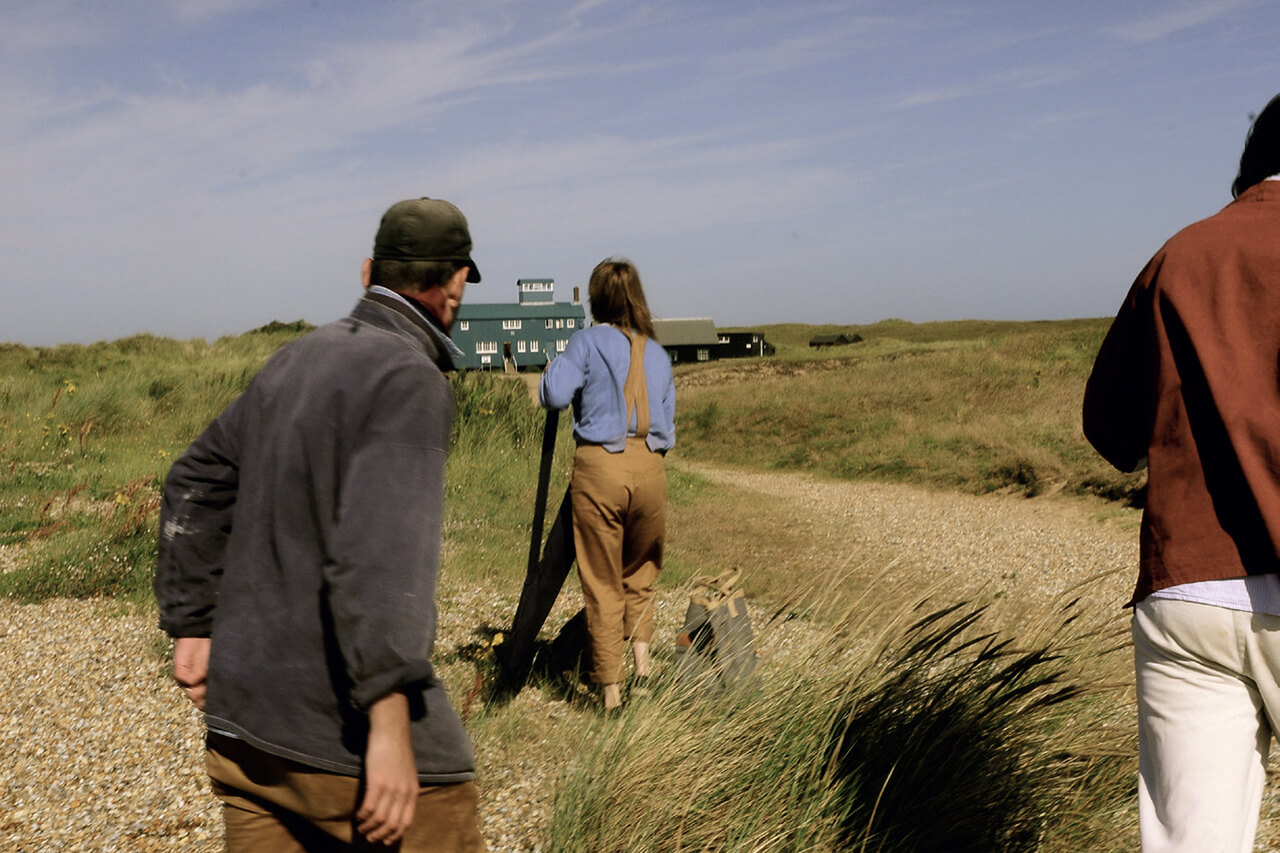 Perhaps with the tide turning and consumers becoming more aware of the need for us all to think harder about where our clothes come from, ultimately sustainability and supporting local craftsmanship, as well as the sartorial escapism these pieces provide, is what is really driving interest in small British coastal brands. As a rule, at coastal brands, small batches, superb UK-woven fabrics and local artisans are what define their output beyond the look of the items they make. For another example, you only have to journey an hour-and-a-half from Southwold to the north Norfolk coast to visit the Carrier Company workshop in Wighton.

Created by landscaper Tina Guillory in 1995 as a company that made jute garden carriers (hence the name), the label has since evolved into a fully formed clothing and lifestyle line. Guillory has since been joined by her daughter Sienna and her daughter’s husband Enzo Cilenti, as well as a handful of staff who handle making the items in the workshop. When it comes to menswear, its collection is populated by jerkins, wool overshirts, linen shirts and its signature Norfolk Slop (a kind of funnel-necked smock cut from hardy cotton drill that’s traditionally worn by sailors in the area). Much like all the brands mentioned here, Carrier Company doesn’t do seasonal collections, preferring instead to add new pieces to its site when they discover a hole to fill – or simply see something they’d like to wear themselves. 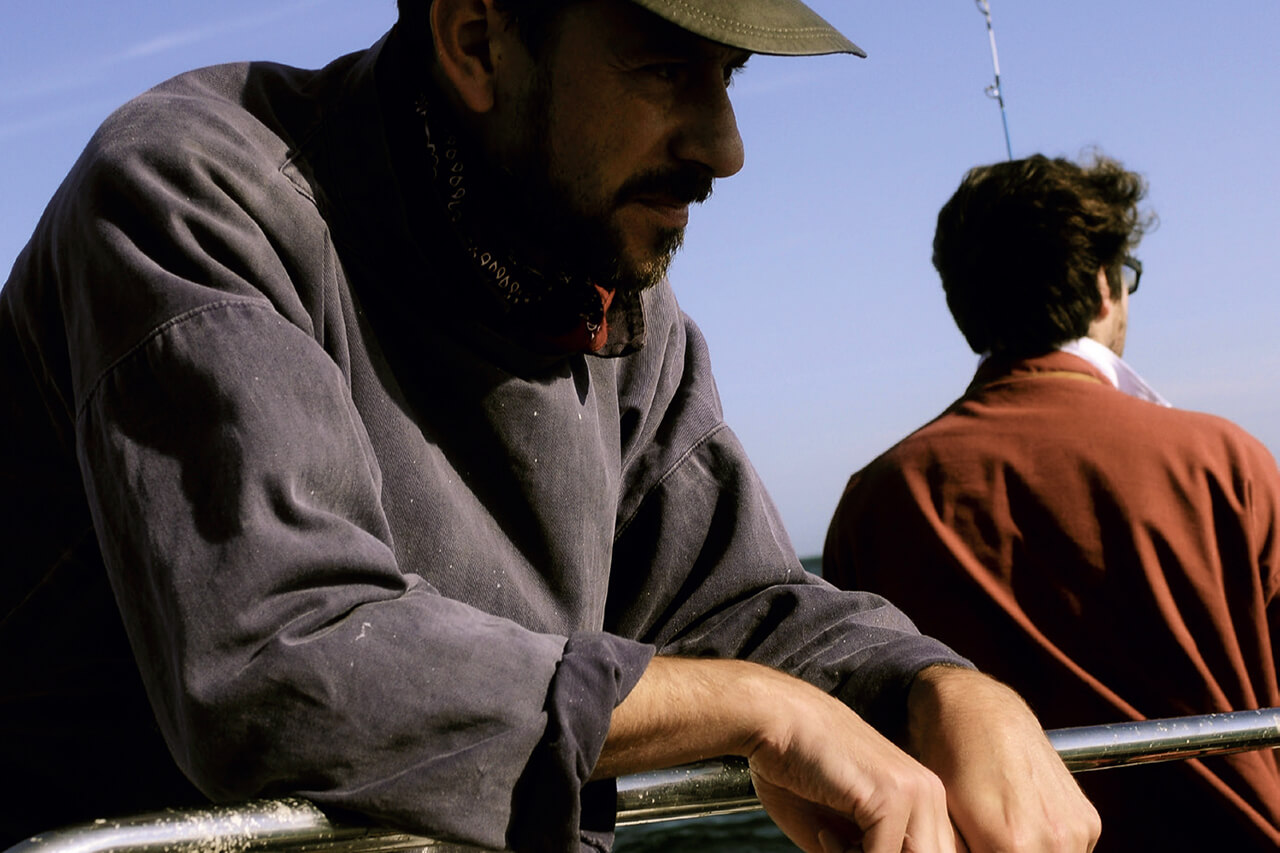 “We’re not fishermen, but we do a fisherman’s jumper because it works really well for everyday gear. It’s our version of it,” says Cilenti, when I call him in Norfolk. “And the best thing is that because we make everything locally, we can have a sample out of the workshop in five days to test drive out on the beach, on a boat, wading through the marshes. If we like wearing it and it works, then we put it into production.”

What makes Cilenti different to the other people on the team at Carrier Company is that he’s currently not a permanent resident in Wighton. While currently preparing to move to Norfolk full time to help his family with the brand, Cilenti is primarily an actor by trade and has spent much of his life living in London (he was most recently seen opposite Andrew Scott in The Old Vic’s production of Present Laughter). This gives him an insight into what city folk find inherently attractive in coastal brands, even more so at a time of uncertainty and enforced confinement. 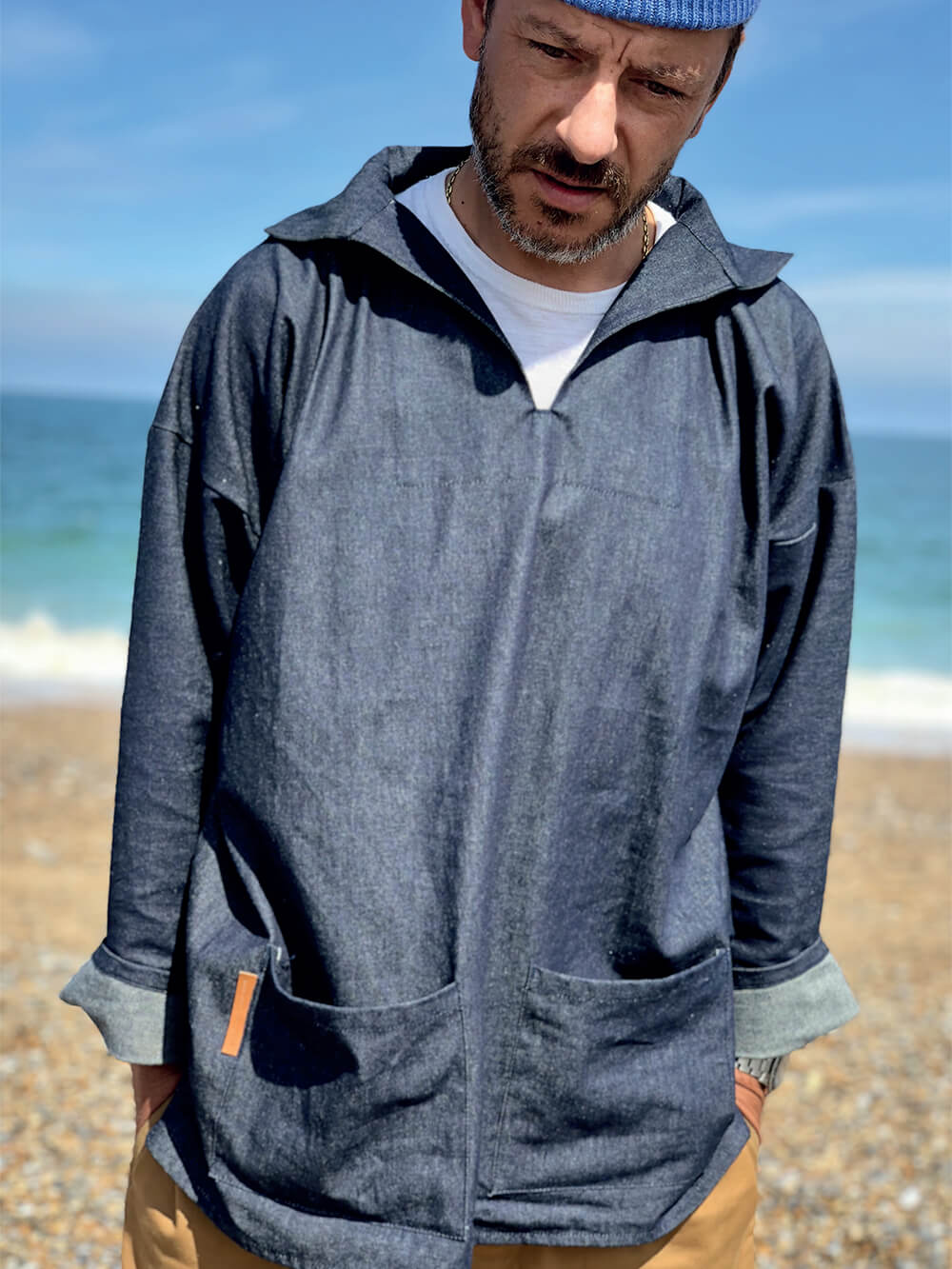 “People are buying a lifestyle. I can say that because I don’t live here yet and I’m not from here,” he says. “It’s great being in London, but I always look forward to leaving for long weekends here by the sea. I think people, more now than ever, really want what they haven’t got.”

And while it will be tricky for anyone to get to the coast for the foreseeable future, maybe a piece of clothing that reminds us of lazy days on the beach is the simple escapism we need until we get there.