It’s easy to think that there are only a relative handful of watchmakers in the world; that’s almost true. There are indeed a few brands that dominate the industry, your Rolexes, Pateks, Audemars Piguets et al. They are not all there is though. If you’re looking for avant garde creativity, off-the-wall inventiveness and designs that aren’t held back by stock holders, look no further than the miraculous world of microbrands.

Generally started by collectors, often well-priced and always going against the grain, these are the coolest microbrands around right now. 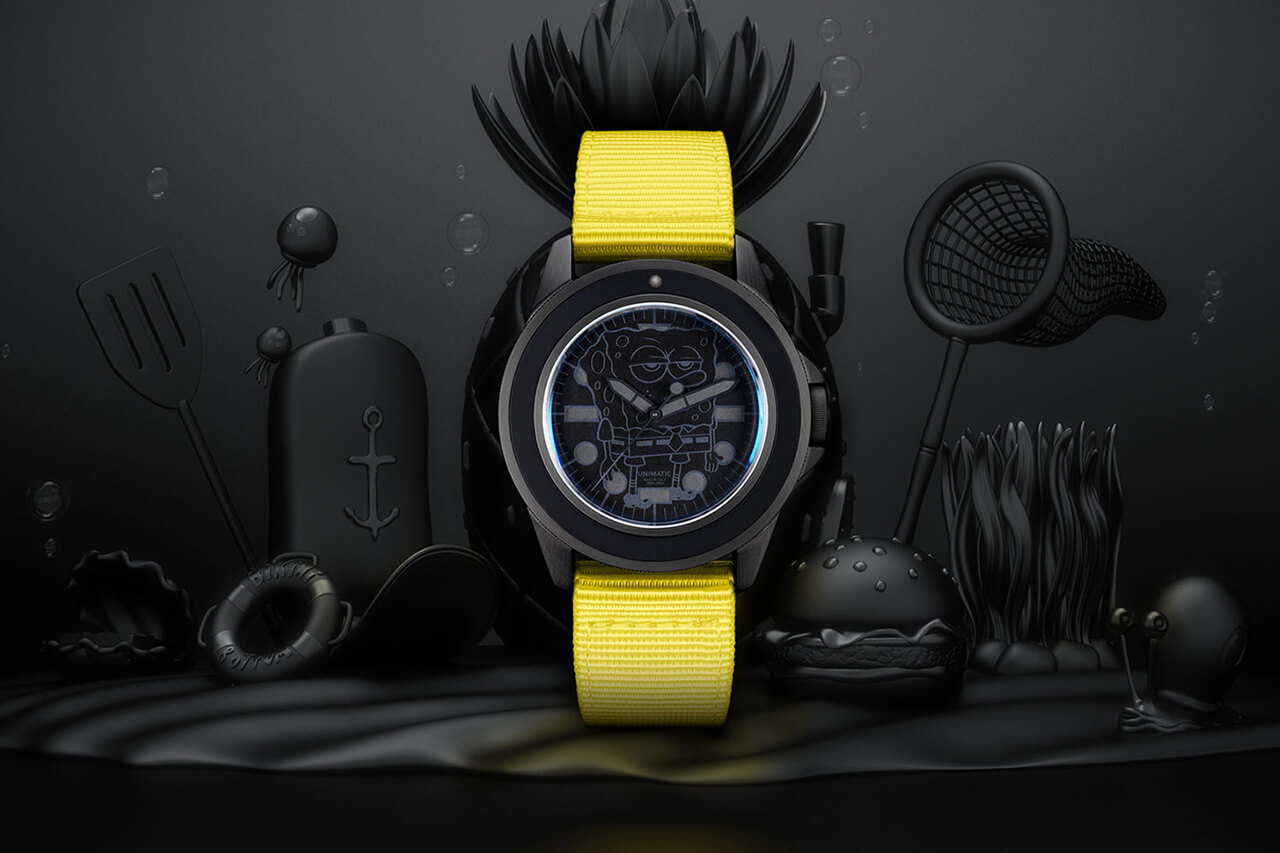 Using Seiko movements and a distinctly Italian take on retro-minimalism, Unimatic has been making some seriously cool watches over the past couple of years. The Uno is a rugged diver-turned-field watch in a range of colours, while the Due is a slightly more elegant take on the same formula. Most impressively though, Unimatic offers a made-to-order service that offers the Due with a twist: a fully, beautifully engraved case. Just let them know what you’d like and their partnering artisans in Brescia will make it a reality. Oh and they also have a Spongebob Squarepants watch. Just saying. 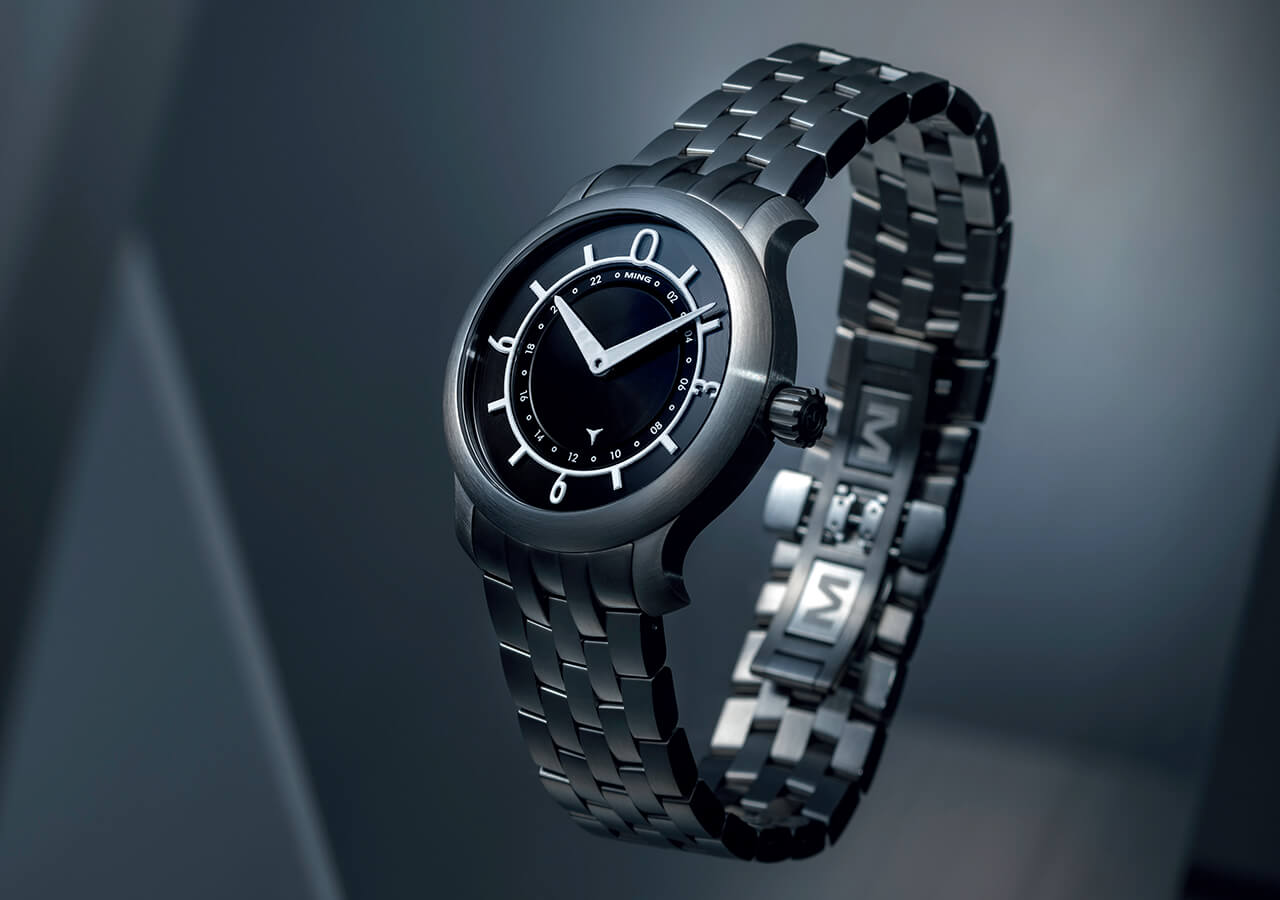 Ming is arguably the microbrand to aspire to. The archetypal ‘made for collectors, by collectors’ label, the Malaysian brand is the brainchild of six enthusiasts under the guidance of renaissance man Ming Thein – a photographer, designer and business strategist with one hell of an eye for a good watch. At the one end of the Ming range you have the 17.06, an accessible collection of ETA-based watches. At the other you have the 19.01 and 19.02, a stunning automatic GPHG finalist and its worldtimer, micro-rotor successor. Both are painfully cool with smoked sapphire dials and the kind of build quality that lasts. Still there’s one problem: you can keep your eye out for the next Ming watch all you want, but by the time you’ve heard about it the only material it’ll be available in is unobtainium. 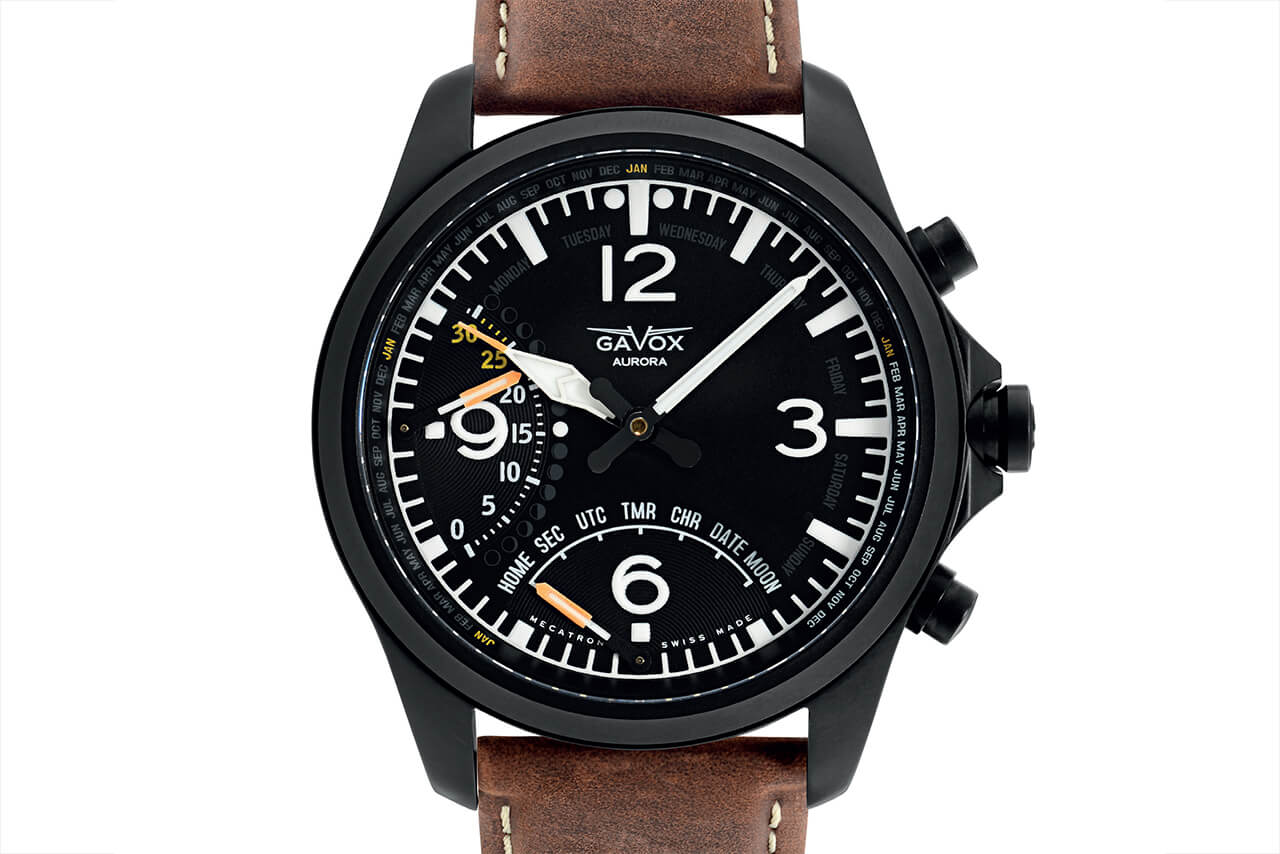 Military-inspired watches tend to be necessarily straightforward. They’re meant to do one thing and one thing only, about as lean and minimal as a timepiece can get. Except that is for those created by Gavox, who revel in combining militaristic designs with unusual functions.

The Belgian brand is firmly rooted in the cockpit, as its first watch, the Curtiss, can attest to. It’s why it has become a go-to watchmaker for individual squadrons not looking to blow their entire budget on custom Bremonts or Breitlings or are looking for something a little more off-kilter.

More impressive though is the Aurora, one of the most ambitious pilots’ watches around. The superquartz masterpiece contains a chronograph, moon phase, day/date and seconds time zone.

That last is actually adjustable to 15-minute increments rather than the usual half-hour, accommodating the 20 per cent of the world not in a standard timezone. It’s a perfect traveller’s watch wrapped up in a cool, aviator design, all for a superlative price tag: EUR 1,500 in steel or black, EUR 2,000 in rose gold. 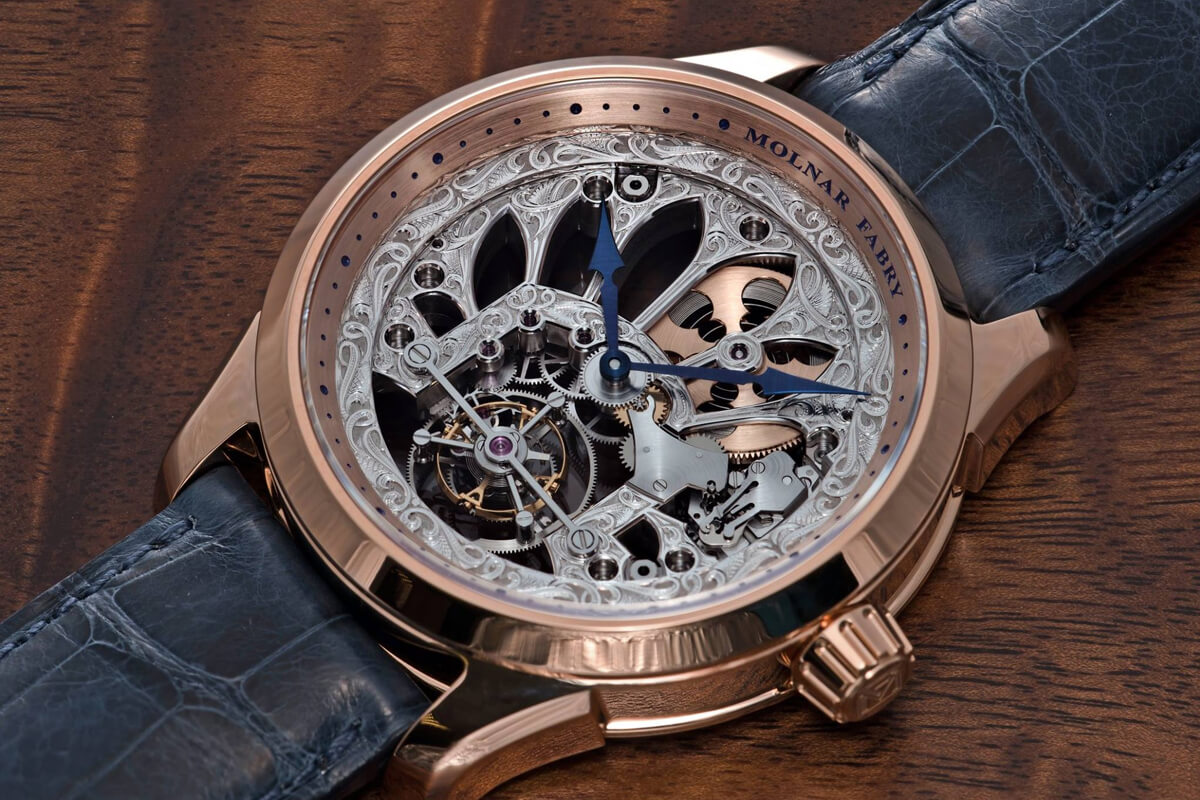 Swiss movements are generally regarded as the best in the world, so why rock the boat? Especially when you have the artisan skills of Michal Molnar and Igor Fabry. Instead of building new movements, they take existing stock calibres and turn them into works of art almost unrecognisable from their original, basic forms. Through skeletonization, engine-turning, gem-setting and a raft of other hand-crafted skills, what in other circumstances would be an unremarkable watch becomes something you’d expect from a true haute horology manufacture. It’s an inventive brand that deserves far, far more recognition than it currently has. 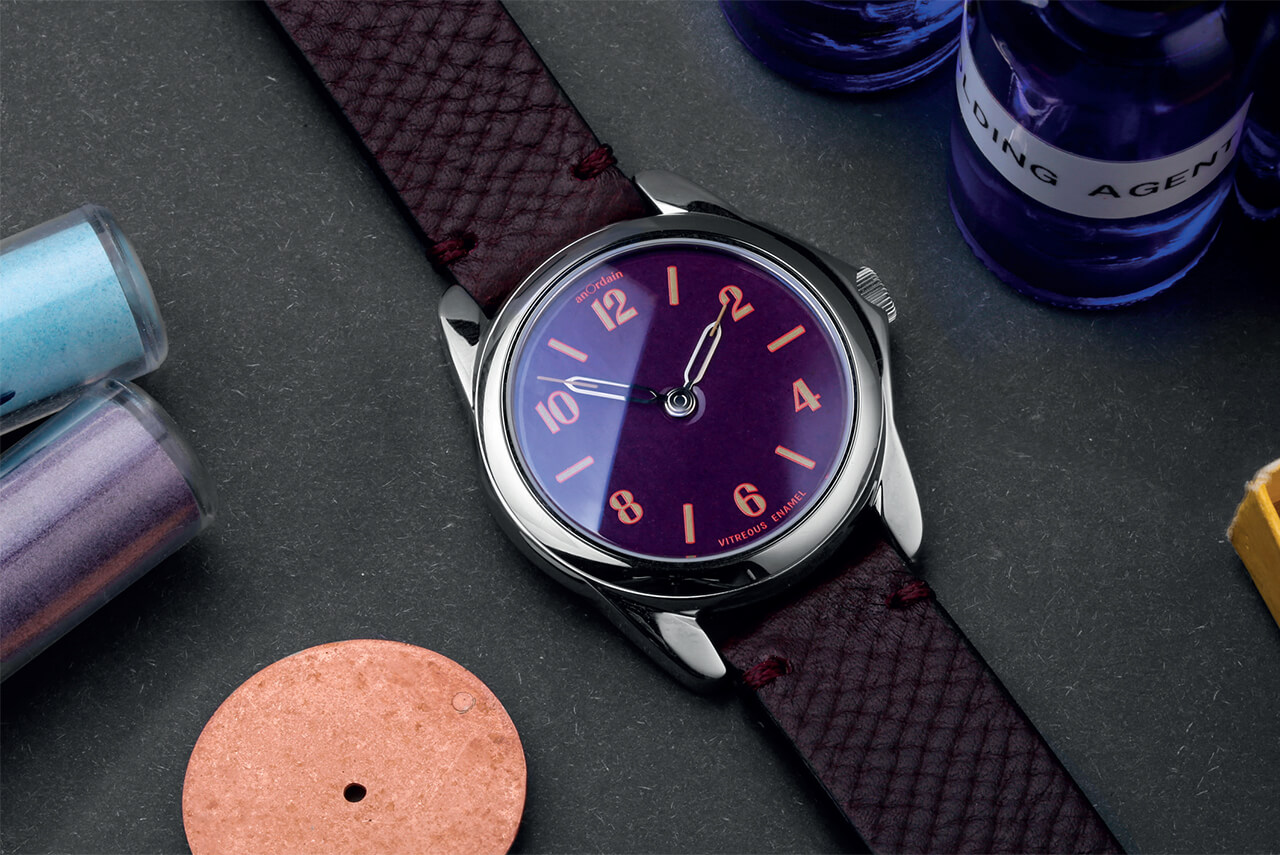 There are many techniques a microbrand can manage; generally grand feu enamelling is not one of them. It takes a very, very hot oven, an incredible amount of skill and the patience to go through more than a few cast-off dials in search of a viable one. It’s also at the centre of anOrdain’s entire watchmaking process. The six-person team has created a beautiful array of vibrant enamel dials in colours ranging from Post Office Red to Moss Green to bright Orange Fume. The watches take time – currently three to four weeks – but the results are well worth the wait, especially with prices starting at just £950. 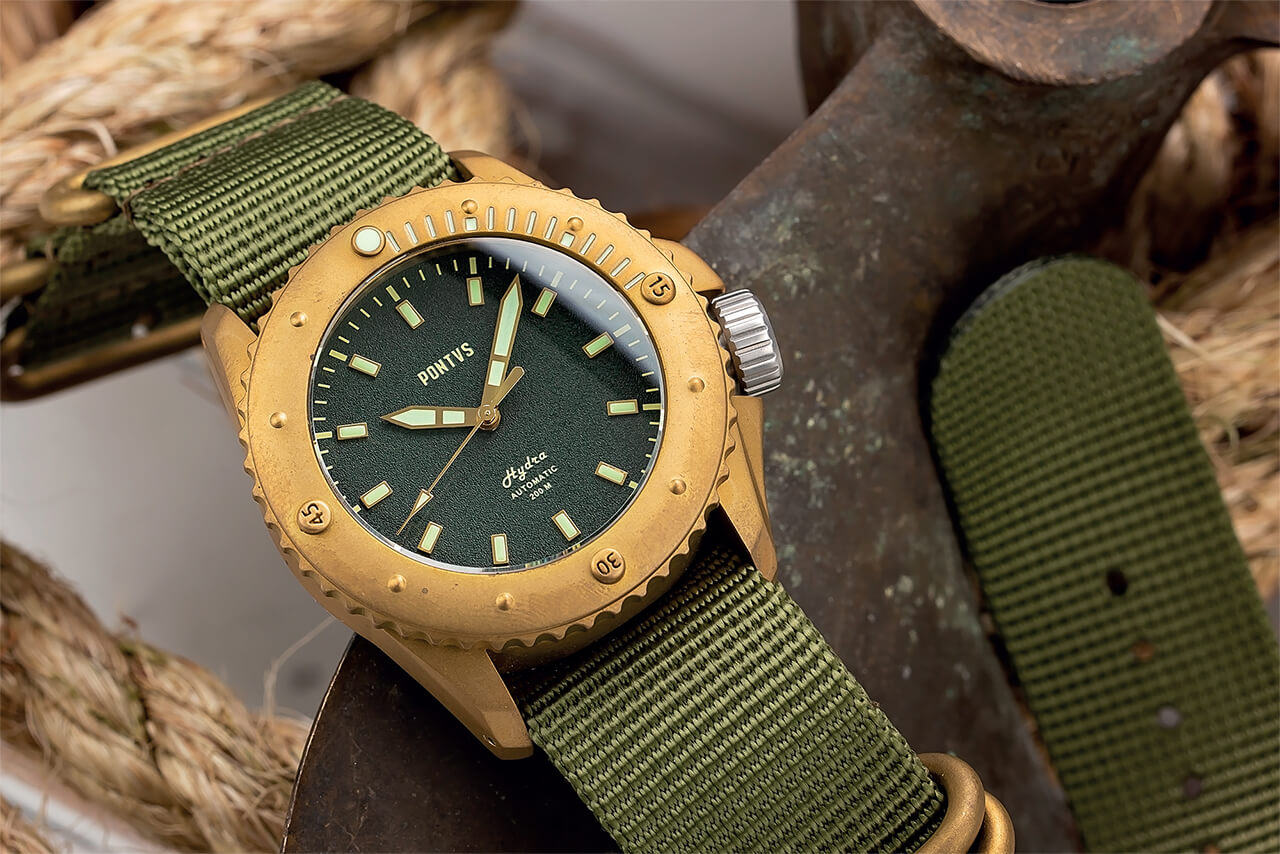 There are plenty of watchmakers that borrow from mythology for their watches, but few wear their ancient origins on their sleeves quite as fully as Pontvs. Named after the pre-Olympian sea-god, the brand has a fitting appreciation for bronze and brass, metals of the ancient world, and the level of survivability required to tackle legendary dangers. So far the brand has launched seven different watch models, though its offerings can be split down the middle between two: the Hydra and the Mictlan.

The Hydra is a serious diver, a brass beat with an oversized crown, 200m water resistance and the kind of look that would put a submarine designer to shame. The Mictlan on the other hand, named after the Aztec river of death, is striking more for its skull dial than the shape of its lustrous bronze case. Turn off the lights and that dial becomes entirely luminescent, the Aztec skull glowing at the centre.

The original Pontvs may have died out to make way for Zeus and his kin, but in the independent watchmaking pantheon it may just go the other way. 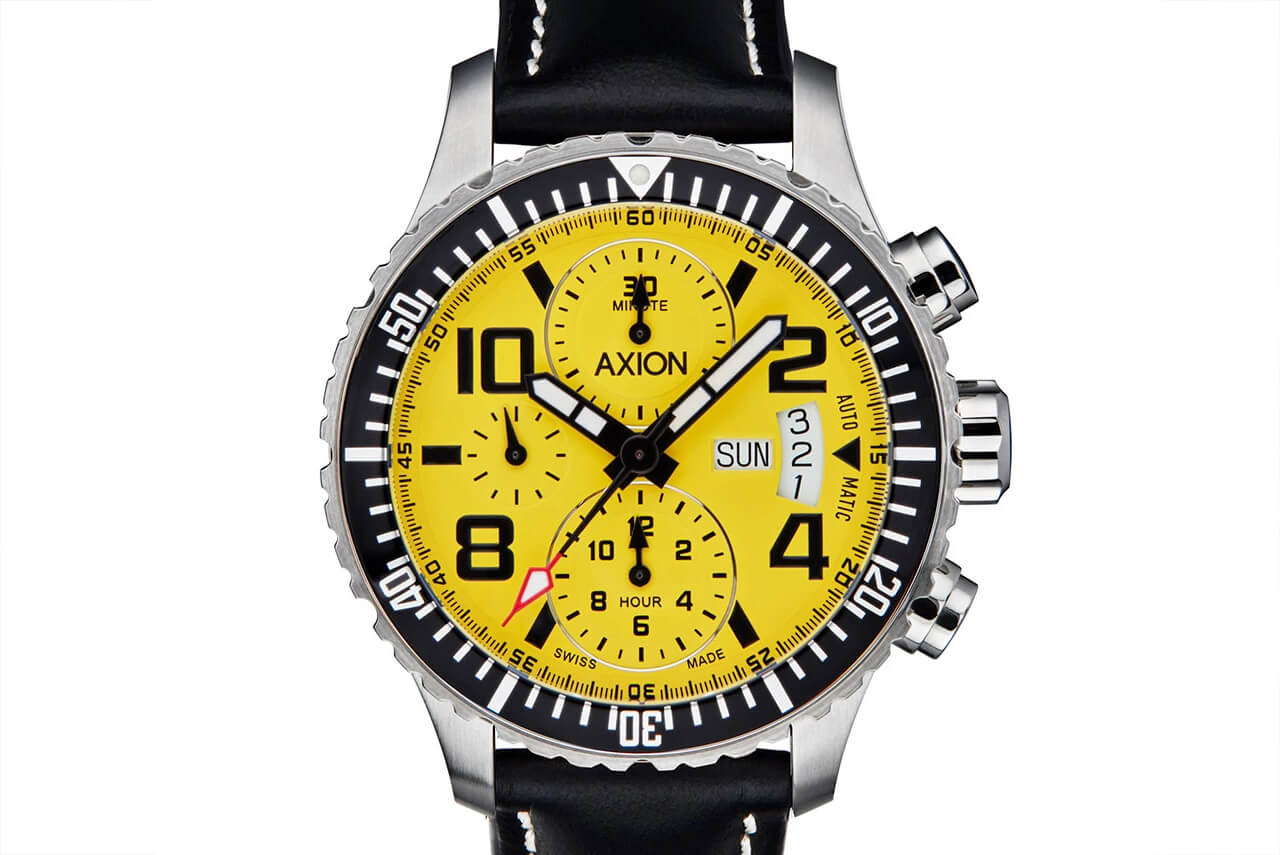 It’s easy to get so distracted by avant-garde designs and bright colours that you forget what is most important about a watch: precise, accurate timing. Well, Axion is not a watchmaker to be distracted.

In fact, its thinking on the subject is downright militaristic. Its flagship Commander range comes in three flavours depending on what you’re going to be using your watch for. The most basic of these is, necessarily, the Ocean Commander, a serious diving watch with an impressive 500-metre water resistance.

It’s pure professionalism, complete with a helium escape valve and 316L stainless steel case stronger than any rock you care to try it against. At the core of the collection is the Chrono Commander, billed as the ultimate pilot’s watch.

It certainly has the movement for it in the form of the ETA Valjoux 7750, and looks the part with a bold, technical dial.

Finally there’s the Racing Commander which, while more pared-back than the Chrono Commander, adds a tachymeter, a necessity for any automotive timepiece. Each of the three pieces takes its role seriously, allowing precise timing wherever and whenever it’s needed. 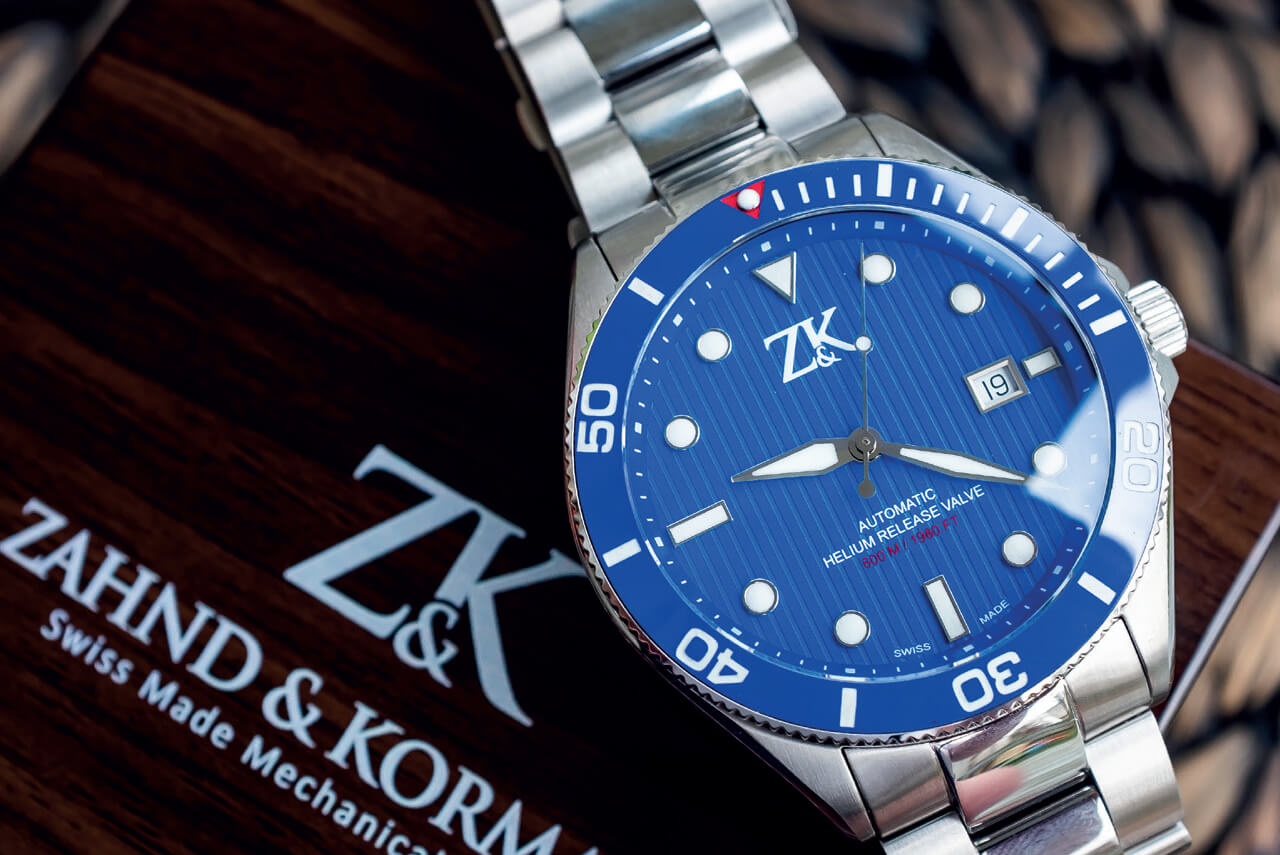 There are a fair few watchmakers out there that focus more on the ethos of their watches than the timepieces themselves. Fortunately, while Zahnd & Kormann do tend to wax lyrical about the philosophies behind their watches, they also have the horological chops to back those words up.

Most brands won’t bother with COSC certification, particularly at the accessible end of the spectrum. It’s a costly process that doesn’t actually add anything to the watch’s accuracy. That said, it’s reassuring to have empirical proof that your watch is as precise as they come. It’s good to know then that every Zahnd & Kormann watch is COSC-certified.

You’d think that would make each of its watches pricer than the usual entry-level, independent brand – but you’d be wrong. In fact, you’re looking at just CHF 799 for an automatic or CHF 899 for a GMT, both equipped with a solid Sellita movement.

It seems impossible, and that’s simply because Zahnd & Kormann doesn’t run like other brands. They don’t care about profits – just making good-looking, highly-precise watches that will stand the test of time. That they’re incredibly handsome and come in a range of cool colours is a good bonus, too. Back before microbrands brought a fresh approach back to small-scale watchmaking, back before even... The latest and greatest from the creative world of microbrands.