The Best AW21 Styles For Reclaiming Your Nightlife - Oracle Time

Restaurants. Bars. Clubs. Nightlife is back and, after a year and a half of the most exciting after-dark excursion being a midnight trip to your local Tesco Express, we’re all raring to shake things up again. Whatever you’ve missed most, part of the fun of returning to the social scene is making sure you’re dressed for the occasion. Whether it’s a louche silk shirt, a decadent signet ring or rock worthy shades, AW21 has just what you need to set loose your inner libertine. 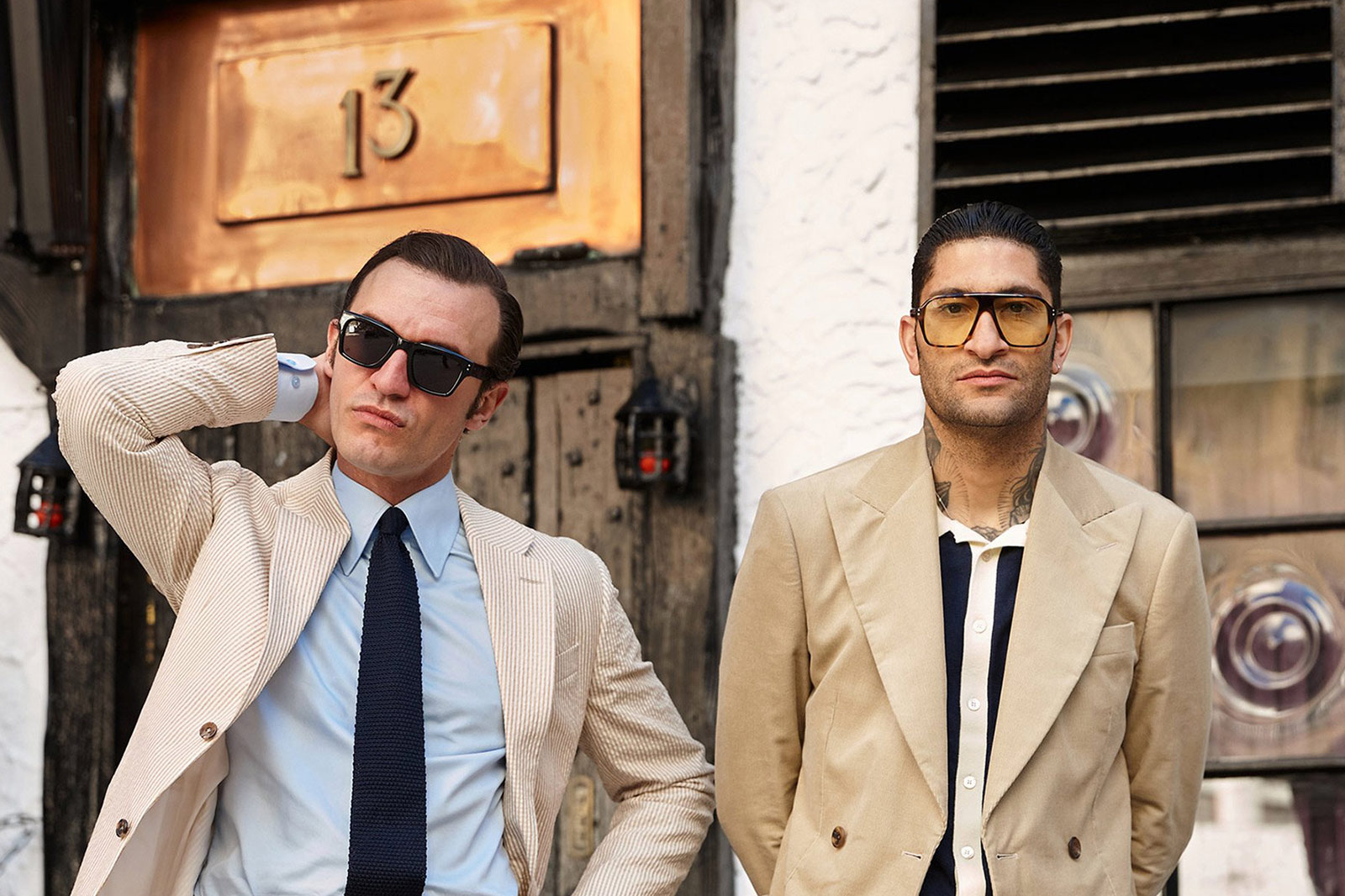 Slipping on a great pair of sunglasses always makes you feel a little more rock ‘n’ roll – and Kirk Originals is taking that to a whole new level. The London-based brand has collaborated with the Rolling Stones on a duo of shades for the band’s new lifestyle store on Carnaby Street (where else?). Handmade in the UK, the two styles are inspired by two Stones albums: Aftermath (an angular sixties style crafted from deep black acetate) and Black and Blue (a squared-off seventies aviator with a tortoiseshell frame and sun-yellow lenses). They’re strictly limited edition so, much like tickets to their gigs, you’ll want to move fast to get your hands on them. 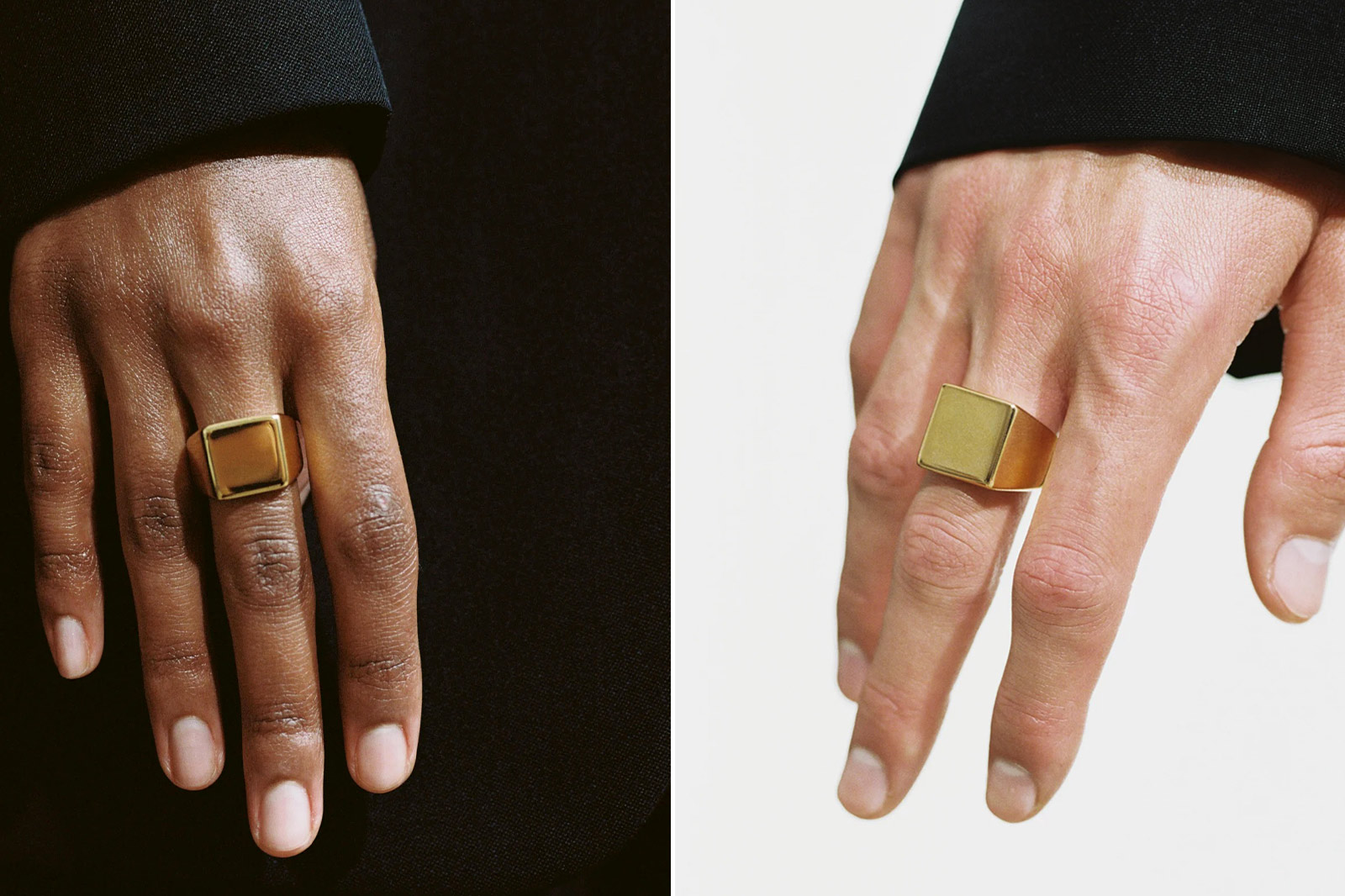 As the nights get longer and the weather drearier, the siren call of cocktail hour at your local bar has never felt louder. Whatever your outfit or poison of choice, a bombastic ring is the perfect accompaniment – and gender-neutral Swedish jewellery crafter AllBlues has the styles to suit. Its latest drop includes this voluptuous take on a traditional signet ring, made in Stockholm using recycled silver and gold, which is guaranteed to catch someone’s eye glinting in the low light – whether that be an admirer or just the bartender to get in another round. 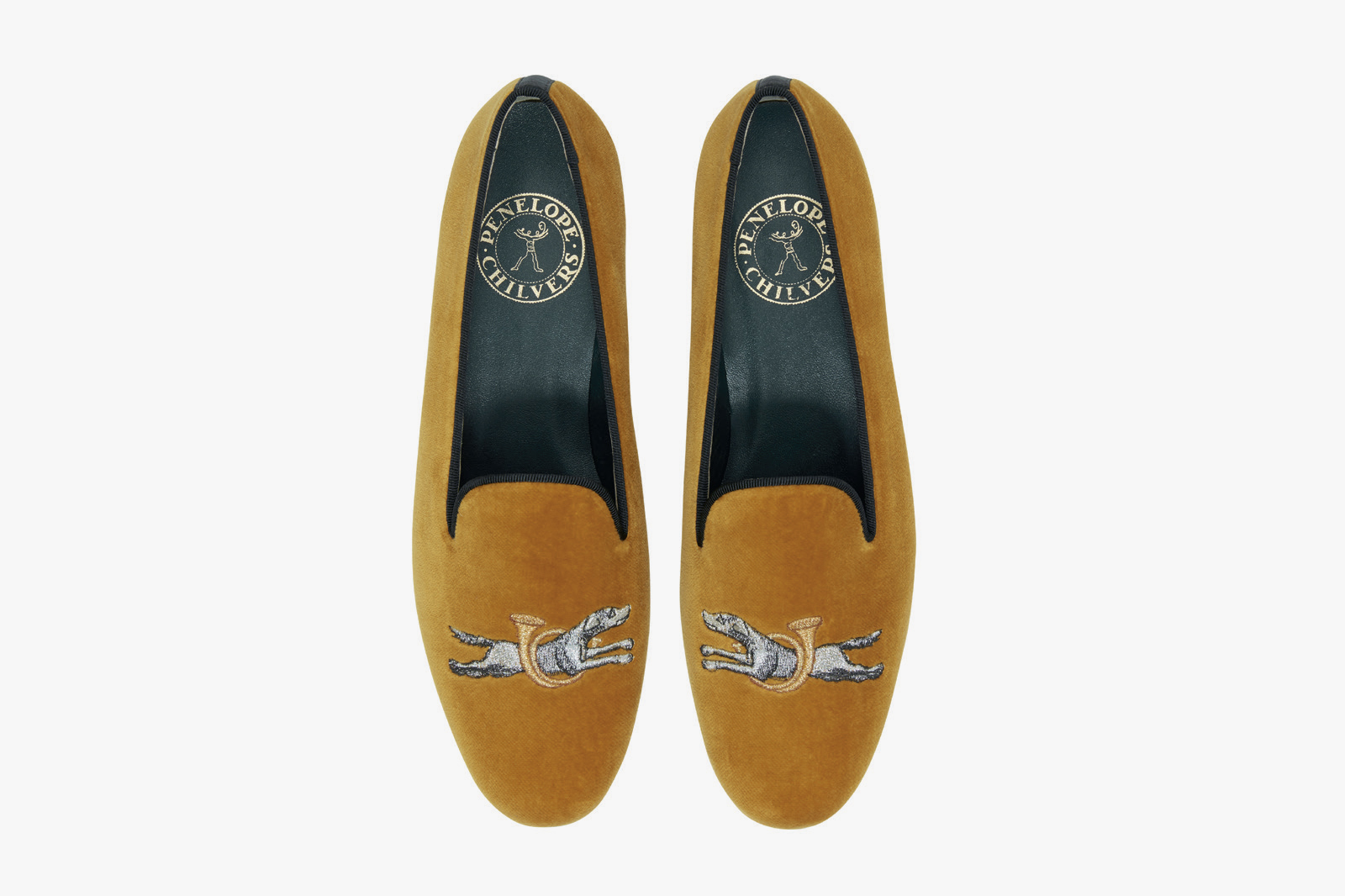 Thanks to living our lives on Zoom, it’s probably been months since anyone’s seen your feet. So why not step out into the world again in a pair of shoes that command attention? London shoe designer Penelope Chilvers has just reopened her Duke Street store, which is home to her bespoke slipper service. Choose from a wide variety of vivid velvets and suedes, bold trims and an array of natty embroidery. Each pair is designed from scratch to your exact specifications and will arrive ready for you to get the party started in six to eight weeks. Exclusively at Penelope Chilvers, 69 Duke Street, London, W1K 5NX. 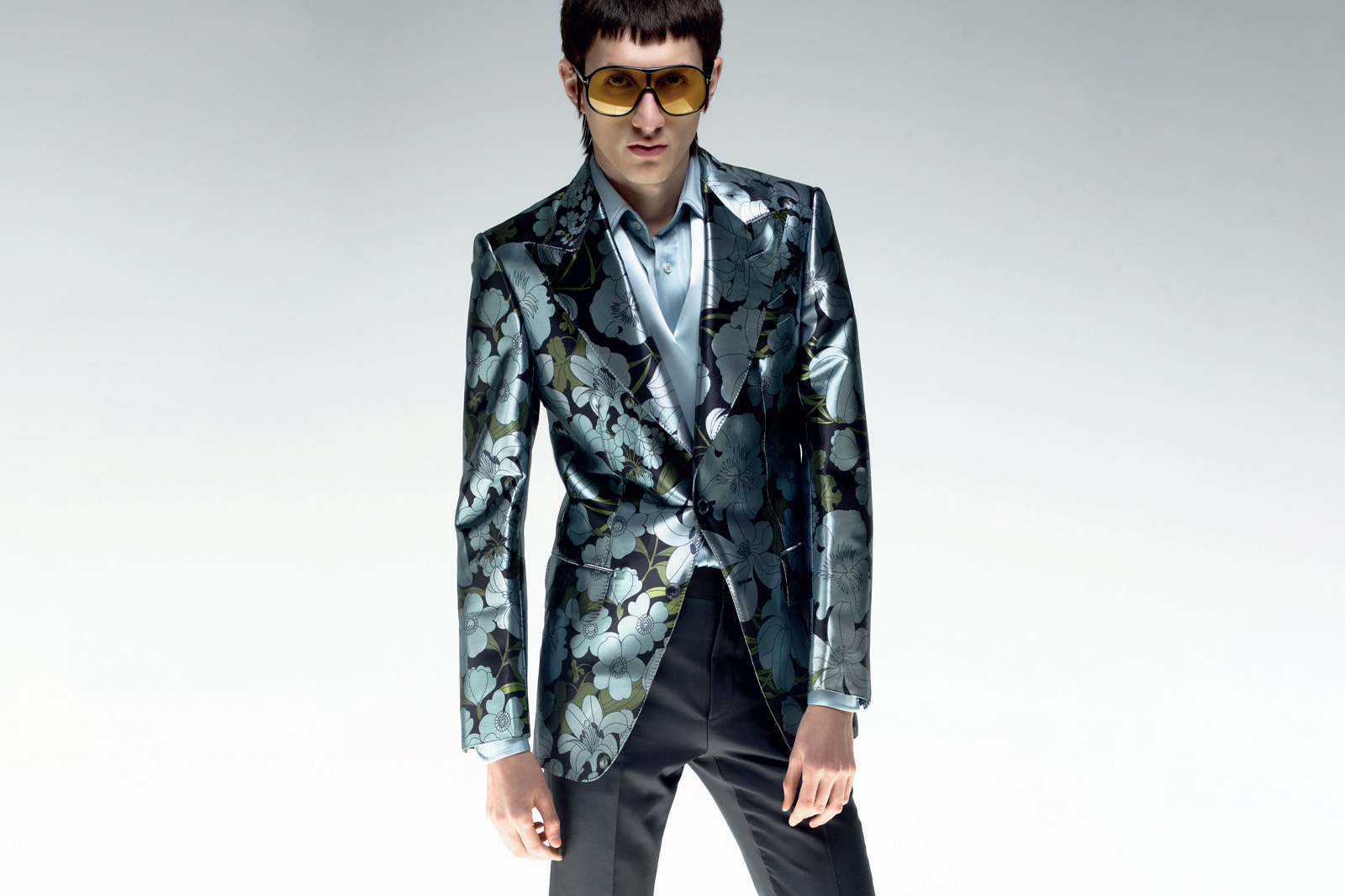 There will always be a place for the uber-trad black tuxedo in a man’s wardrobe, but as we celebrate the glorious return of formal events, now seems the right time to go for something a little bolder. Tom Ford has made a career out of attention-snagging eveningwear, but this season it’s even stronger than usual, packed with ballsy, rich velvets and riotous patterns. The designer’s high-shine blue and green lamé floral take on his classic Atticus cocktail jacket is guaranteed to be a highlight in low light – and as good-looking with grosgrain-taped trousers and a bow tie as it would be with a black T-shirt and (suitably smart) trainers. 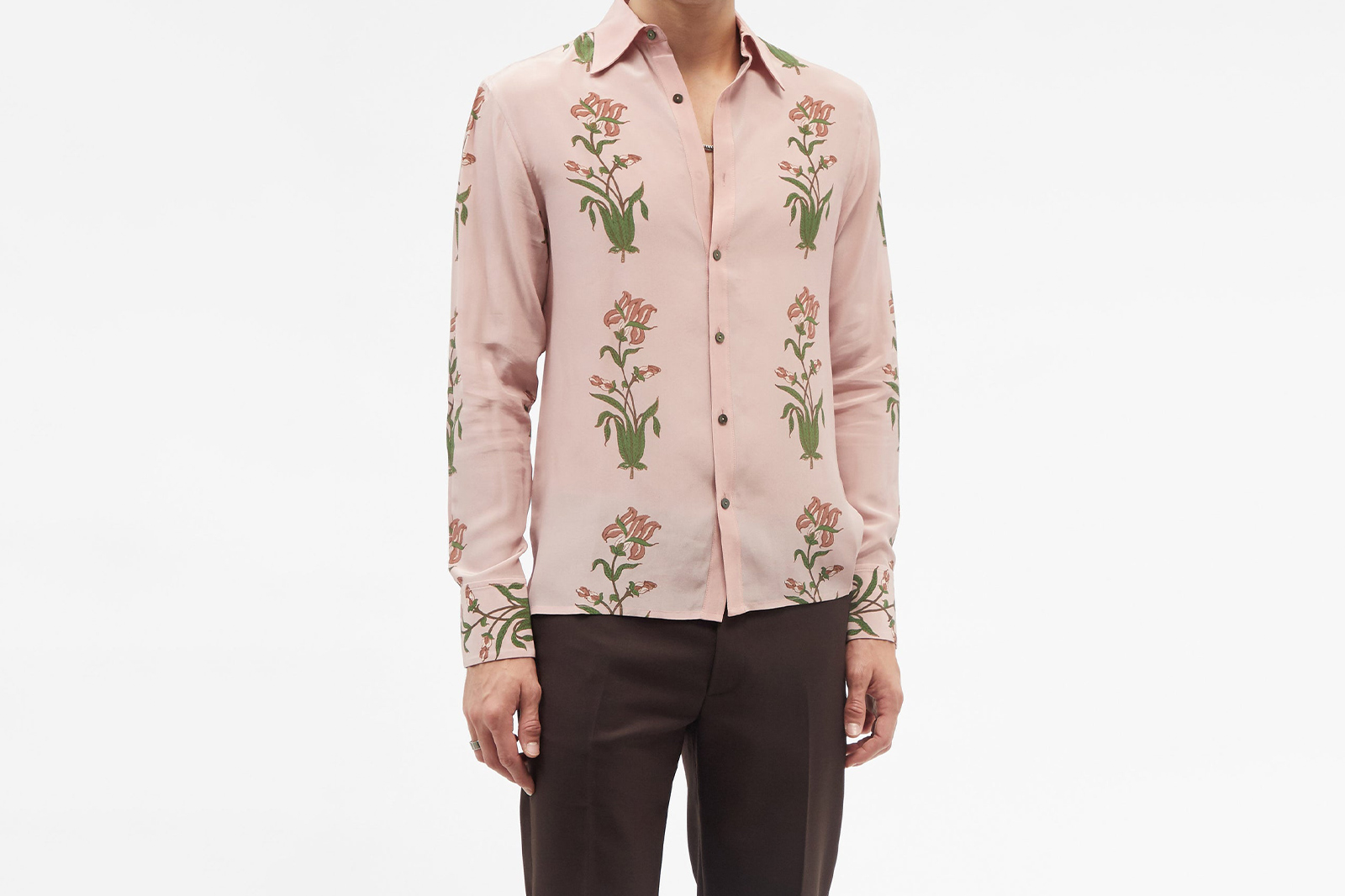 From menswear to music to the menu at your local restaurant, there’s a reason why there are nods to the seventies everywhere post-pandemic – it was the decade that redefined decadence. That carefree, liberated attitude is something we all need right now. There are few items in a man’s wardrobe that scream sex more than a silk shirt and no brand understands the brief more than bohemian British label, 73 London. Inspired by vintage textiles, the label’s jazzy silk shirts should be unbuttoned a little too far down your chest for peak loucheness (gold medallion not required). 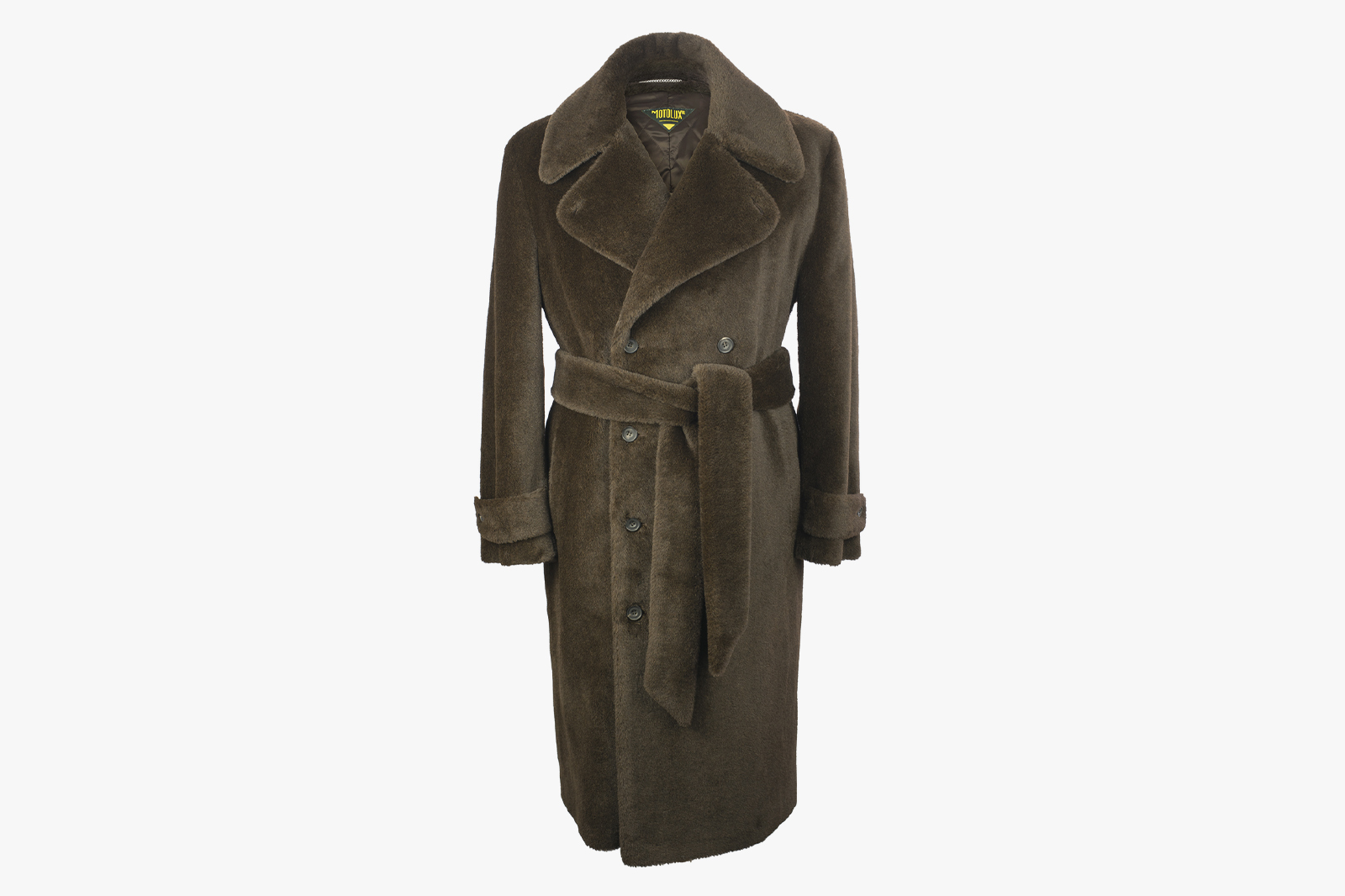 As you might expect from the name, the origins of the fuzzy and frankly iconic Motoluxe coat can be traced back to the dawn of the auto age in the early twentieth century. Originally created to keep Bright Young Things warm in their open-top tourers as they careered down Mayfair streets and country lanes, the teddy bear-style coat later became something of a status symbol among seventies rockers – most notably Mick Jagger. Today, its combination of deep pile alpaca wool fabric (produced by legendary soft toy maker Steiff), satin lining and belted waist has enough swagger to make even a planet-friendly suburban Prius ride feel a touch rebellious.

Available at Mason And Sons.