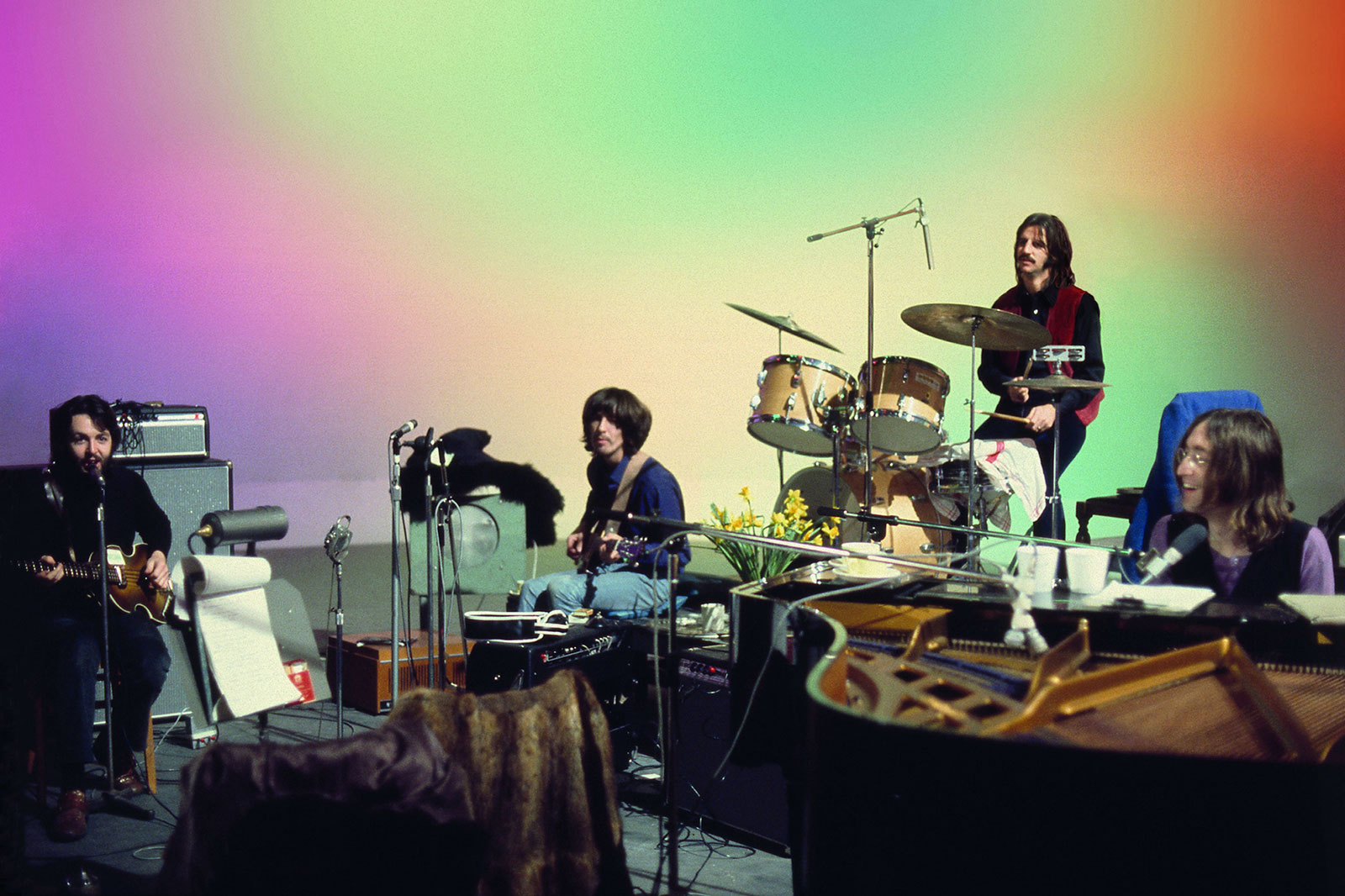 ‘The Beatles: Get Back’ Documentary

Peter Jackson’s much anticipated new documentary about everyone’s favourite Liverpudlians finally dropped last month on 25th November, after delays caused by the pandemic. It focuses on the later Beatles era while recording the 1970 album Let it Be and includes iconic moments like the Saville Row rooftop concert. In its creation, Jackson had access to more than 56 hours of never-before-seen footage of John, Paul, George and Ringo in the recording studio and the documentary offers a unique insight into the relationships of the band during a turbulent era.

So, let’s get caught up in classic Beatlemania and have a look at the most iconic watches owned by members of the Beatles. Heads up, it’s a love affair with Patek Philippe. Supposedly the brand was a Beatles favourite and McCartney and Lennon would often discuss the latest releases together. How much of that is true we can only guess at, but what is undeniable is their amazing taste in Pateks. 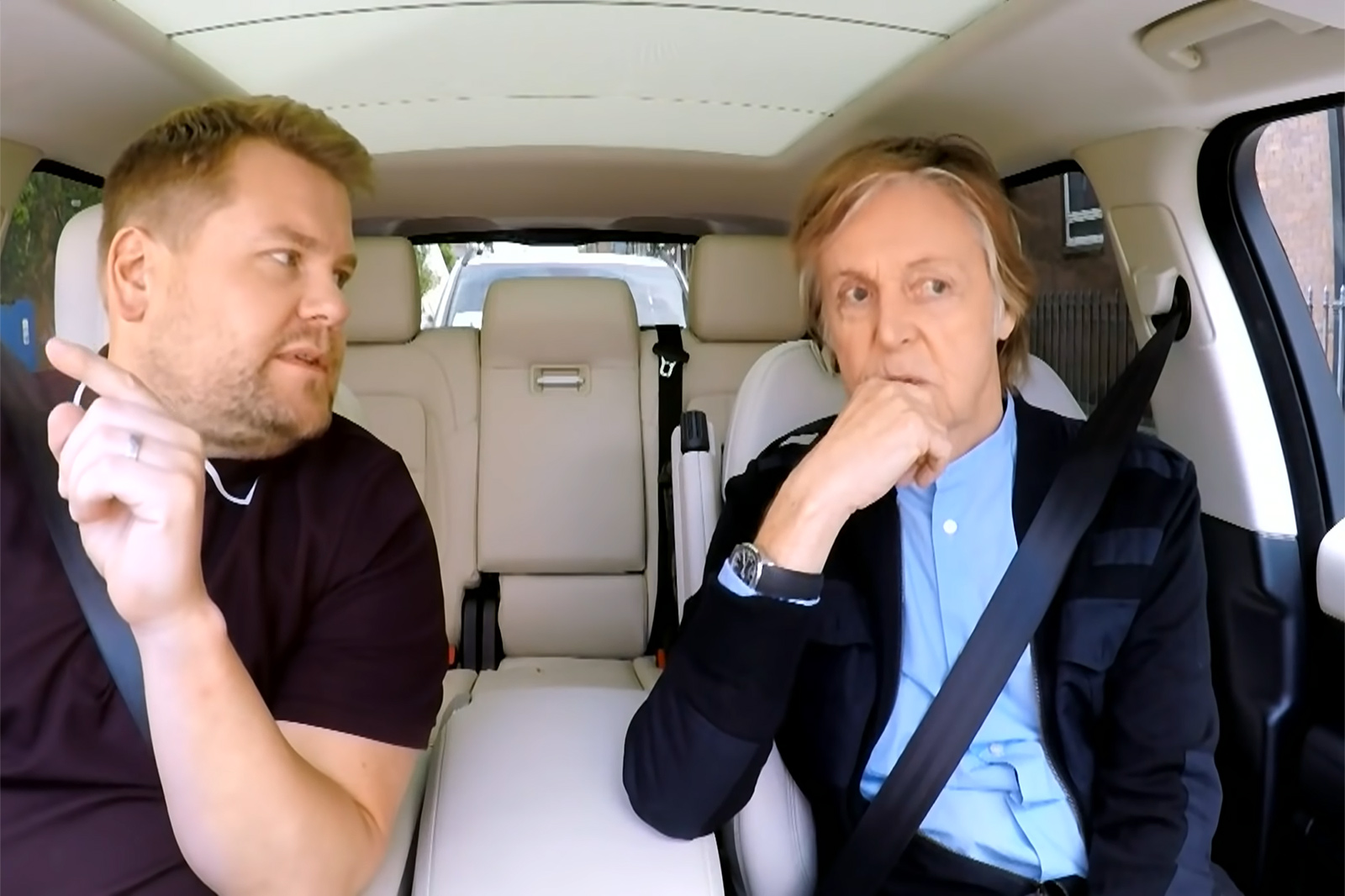 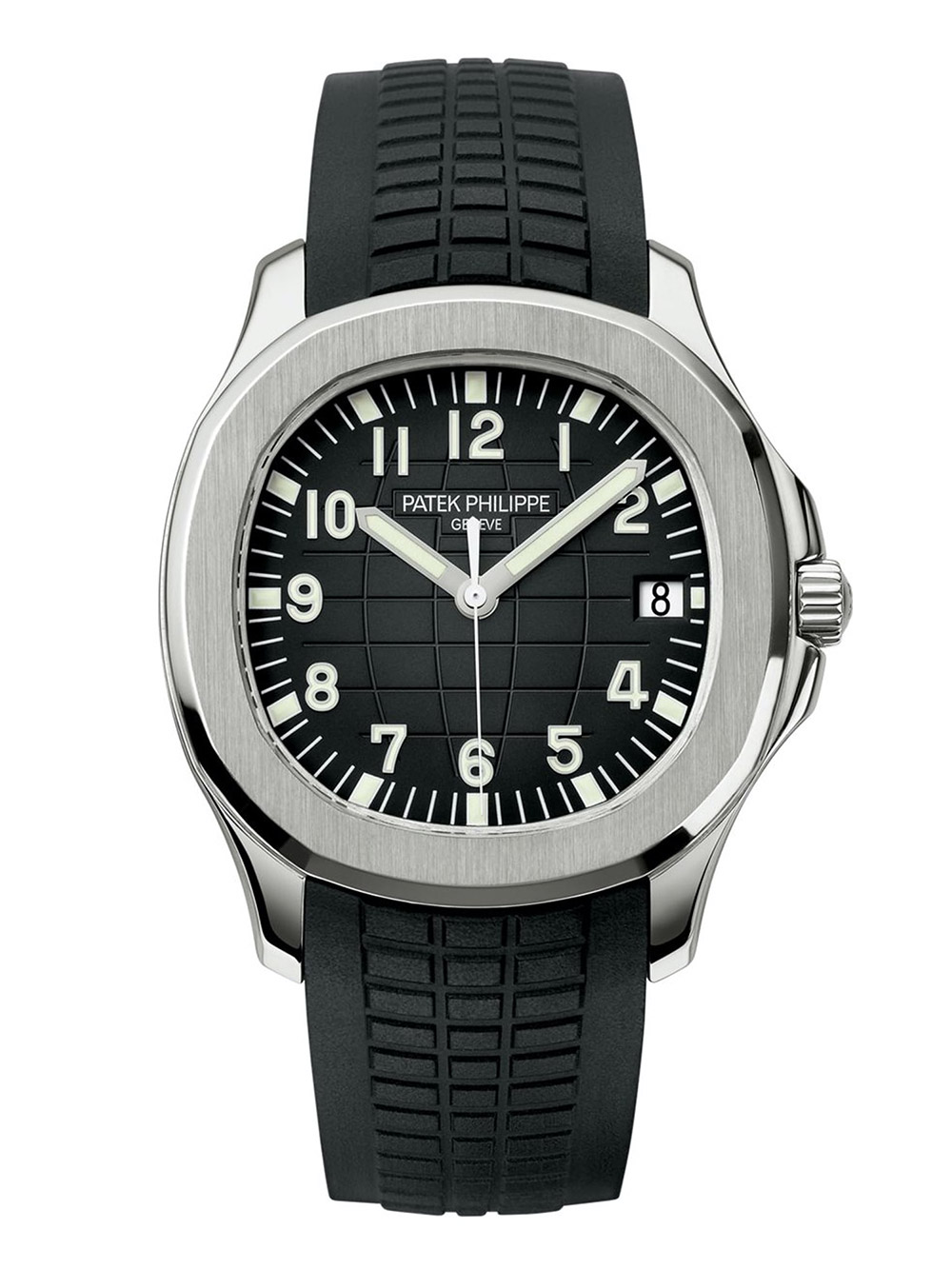 Paul McCartney is one of the most rock and roll men still performing to this day, and his Patek Philippe Aquanaut Ref. 5165A is the perfect watch for him. It’s sporty, timeless and undeniably iconic. It might not be as flash as the Patek Philippe Nautilus but that just enhances its charm all the more, you could say that it’s modern McCartney rather than his Sgt. Pepper days. 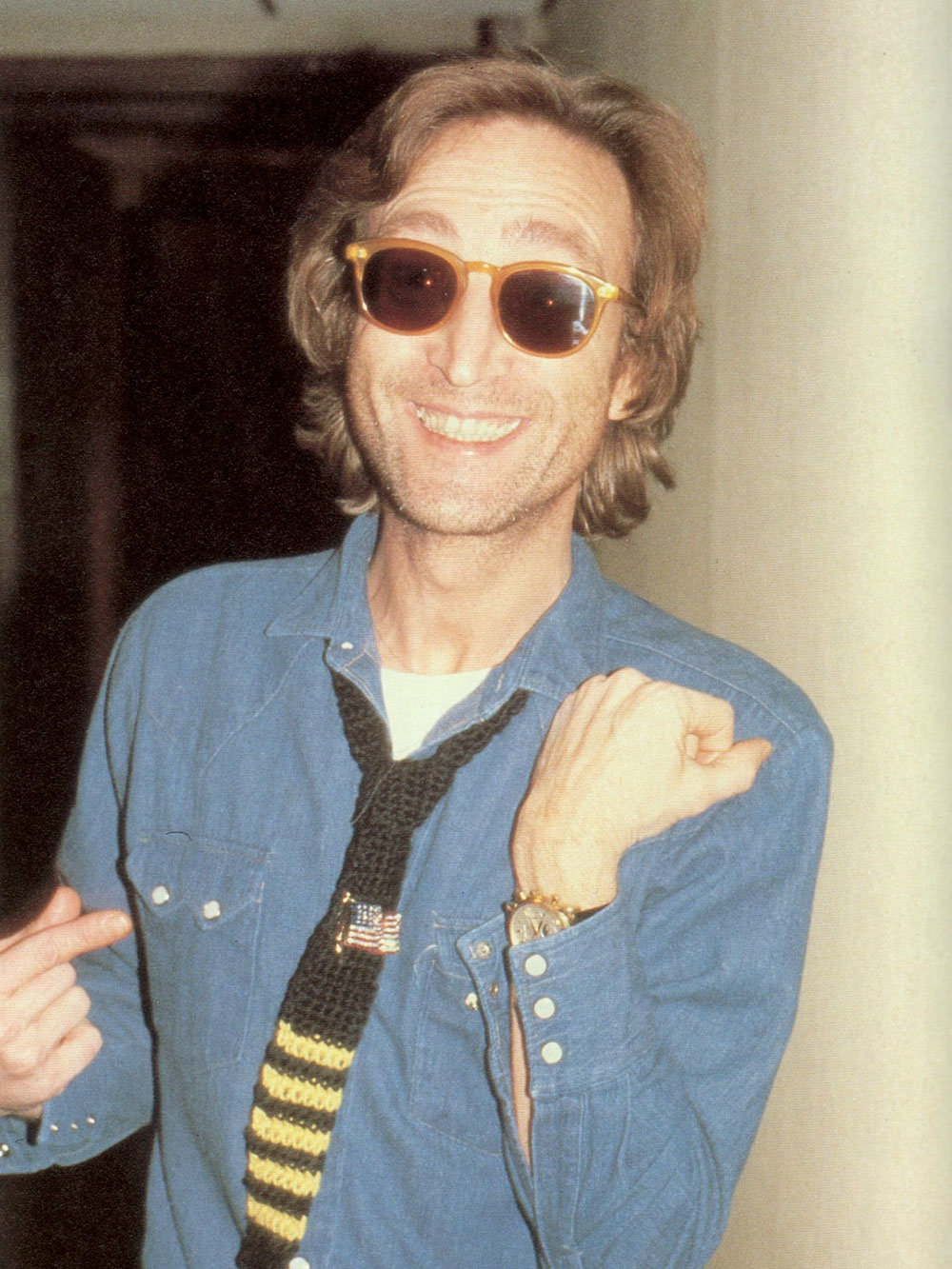 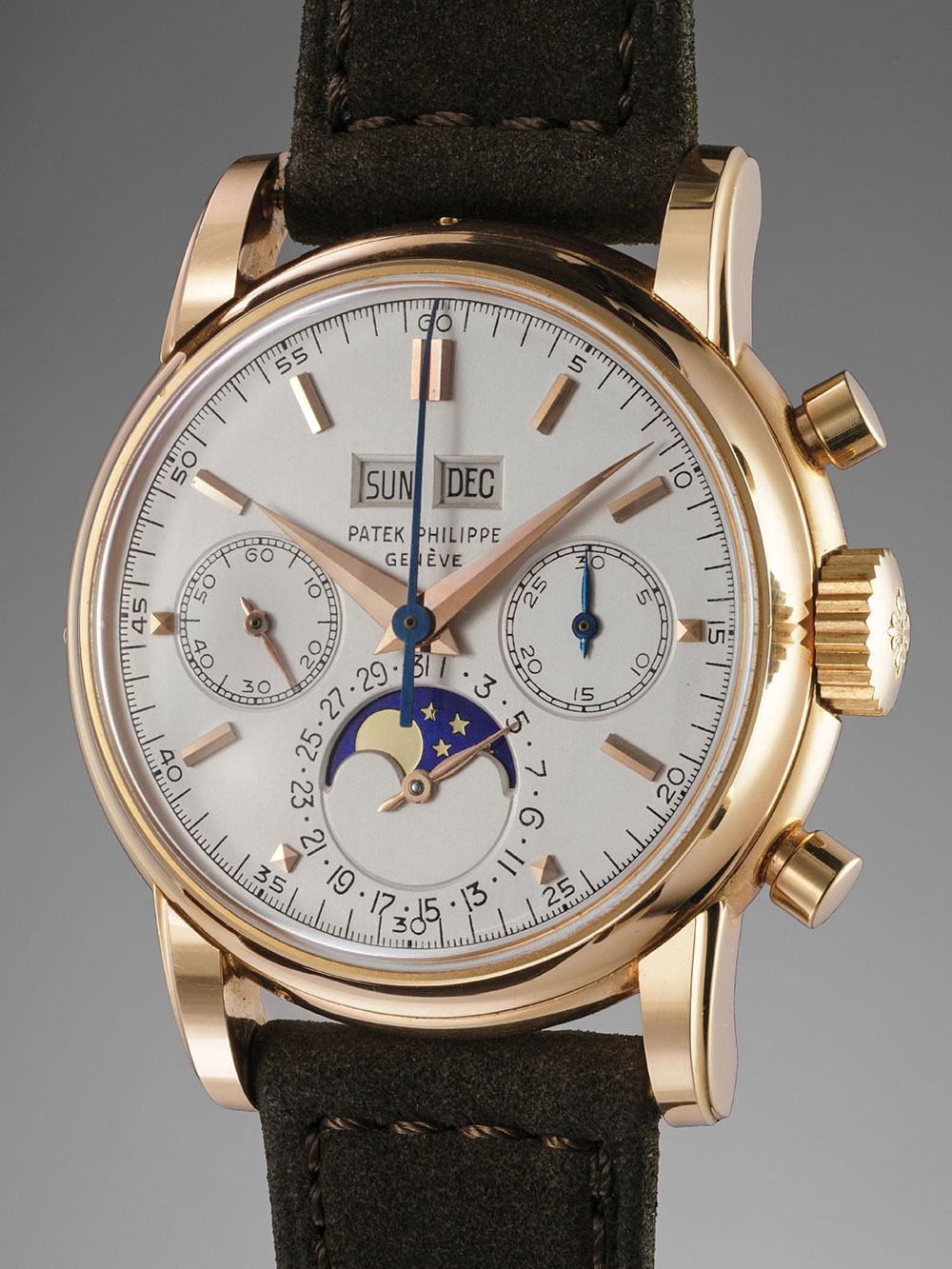 Lennon owned a legendary Ref. 2499 Perpetual Calendar, bought for him by Yoko Ono for his 40th birthday. Sad to say he was murdered only two months later, having only been pictured with the watch twice. The circumstances around his death mean the current whereabouts of the watch are a mystery and it’s unclear if the family sold it or kept it. It makes for quite the vintage watch mystery, and safe to say that if it’s ever found it would be priceless (or several million at the least). 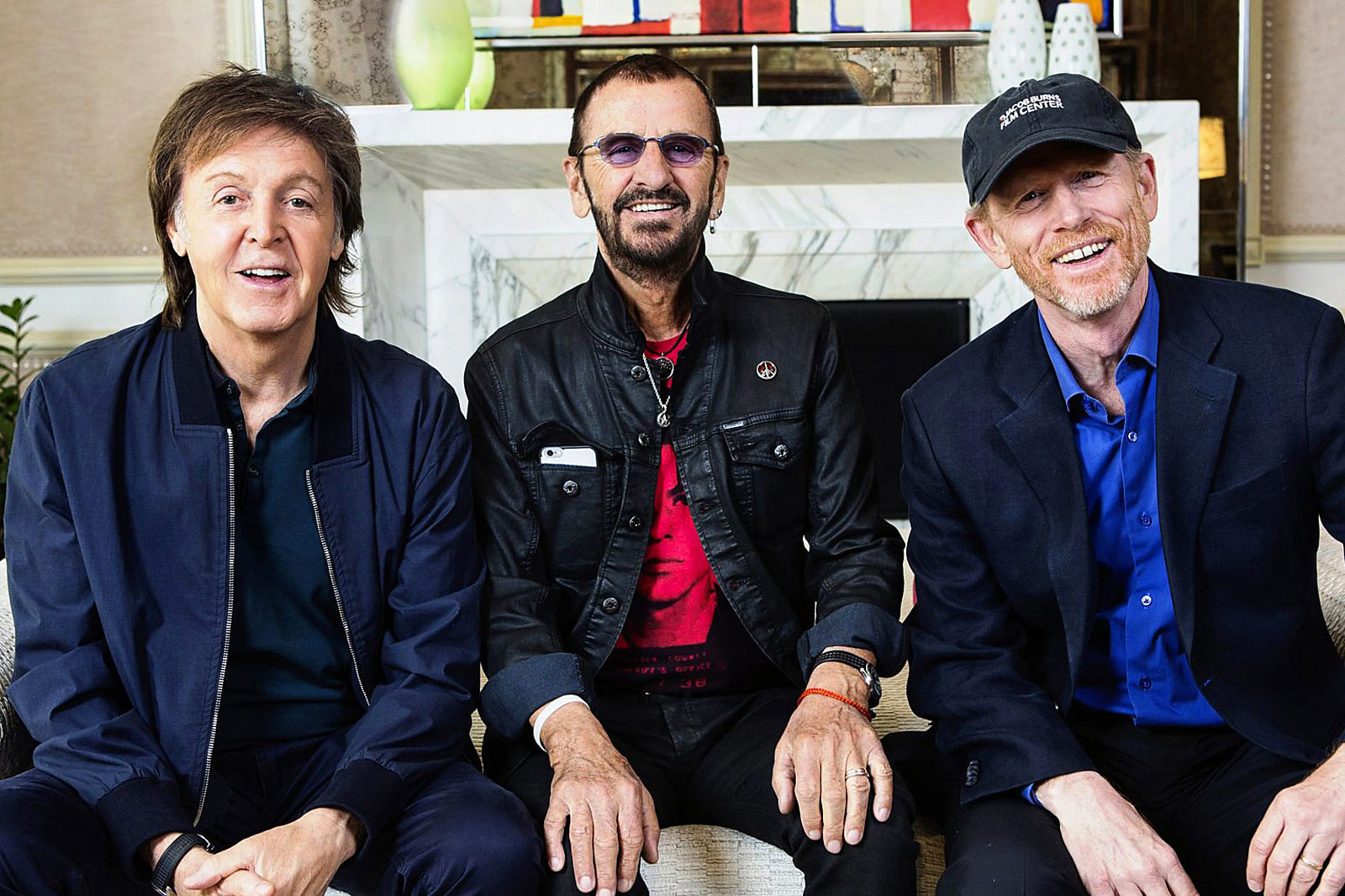 Paul McCartney, Ringo Starr and Ron Howard during an interview for “The Beatles: Eight Days a Week – The Touring Years” documentary

Speaking of selling watches, Ringo Starr famously sold his Patek Philippe Ref. 3448 in 2015. The Ref. 3448 was the watchmaker’s first automatic perpetual calendar and was discontinued in 1982, making it incredibly rare and the jewel in any collector’s collection. Since then, Starr has also favoured an Aquanaut like his former bandmate McCartney. 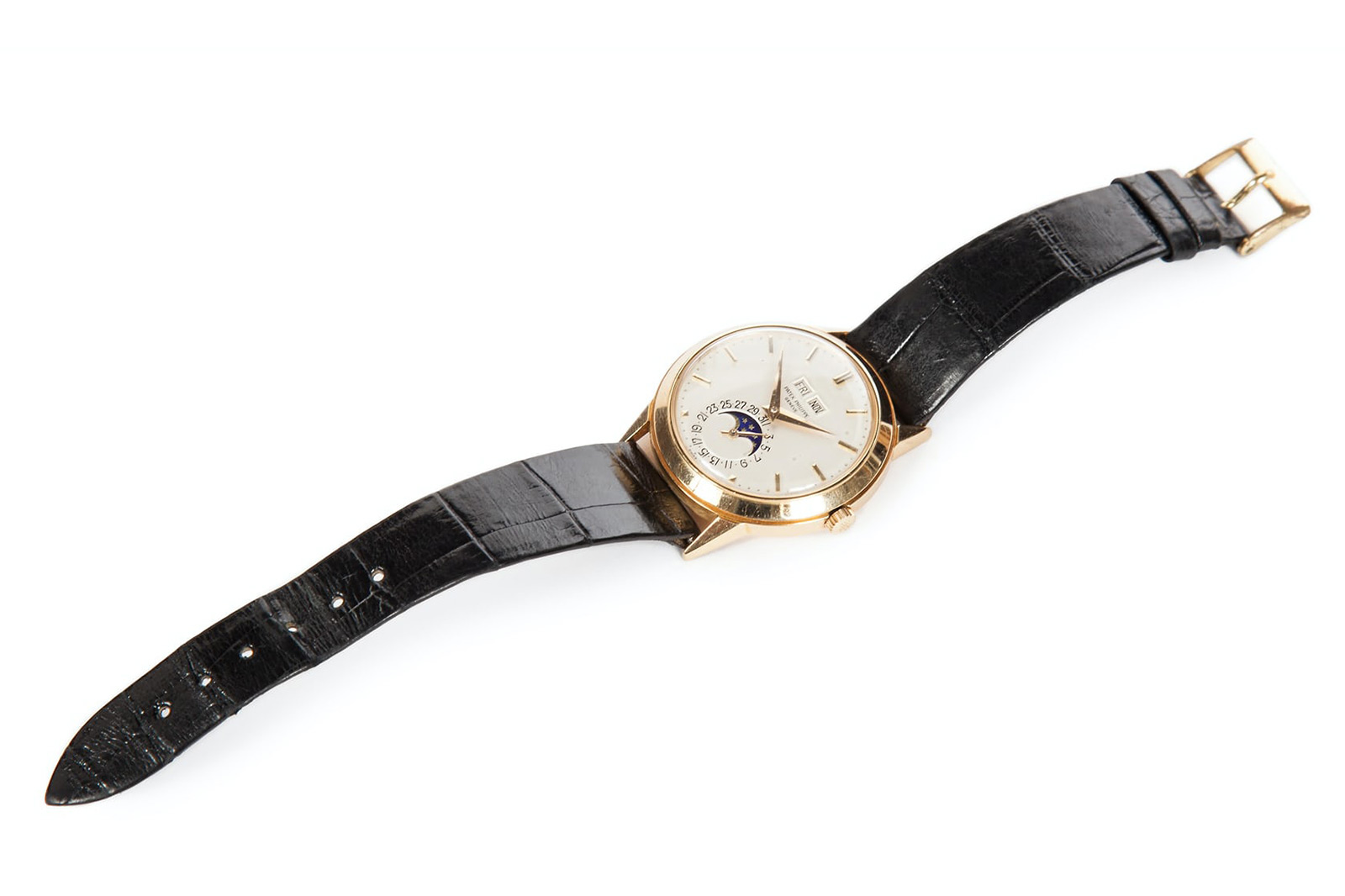 Aside from Patek Philippe, another Beatles staple is Cartier. Ringo wore a gold Cartier Santos when he announced his “Concert For All Generations” tour in 1989, which is a watch that will never go out of style just like the man himself. Its bolder than the Tank but retains a similar sense of Art Deco refinement with its broad rectangular case. He’s not the only British icon to have been spotted sporting one, Tom Hiddleston being another. 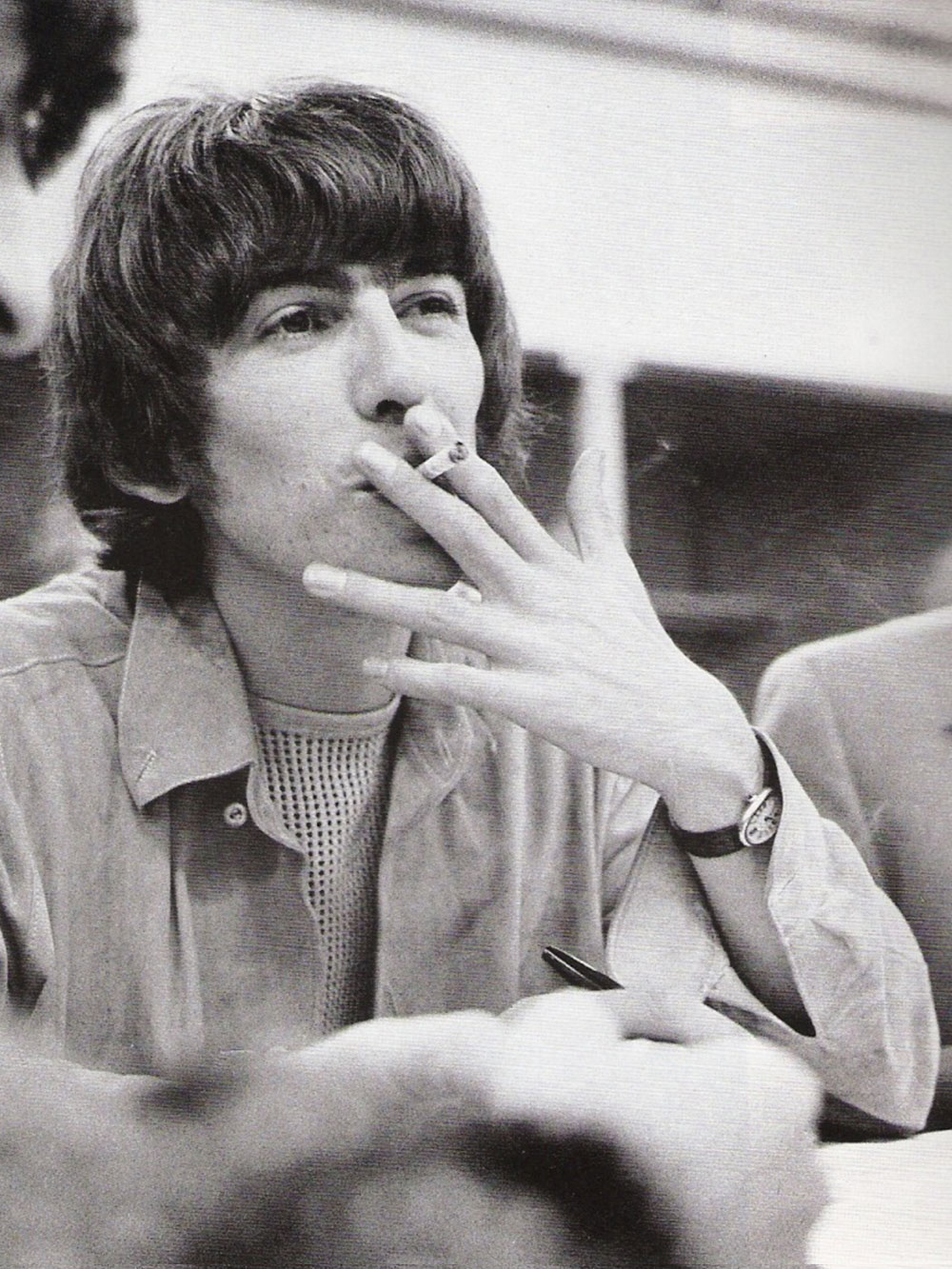 The wristwear of one George Harrison is much more of a mystery than his band mates. While all the Beatles were massive personalities Harrison tended to be the most reserved and had a spiritual side potentially indicating less of an interest in material goods like watches. Not that that affected his style in the least.

Reports from the family of the Beatles’ manager Epstein indicate that Mr Epstein gifted George a Cartier Tank. Which seems likely given that in this picture he appears to be wearing a Cartier Baignoire with its distinctive oval case.