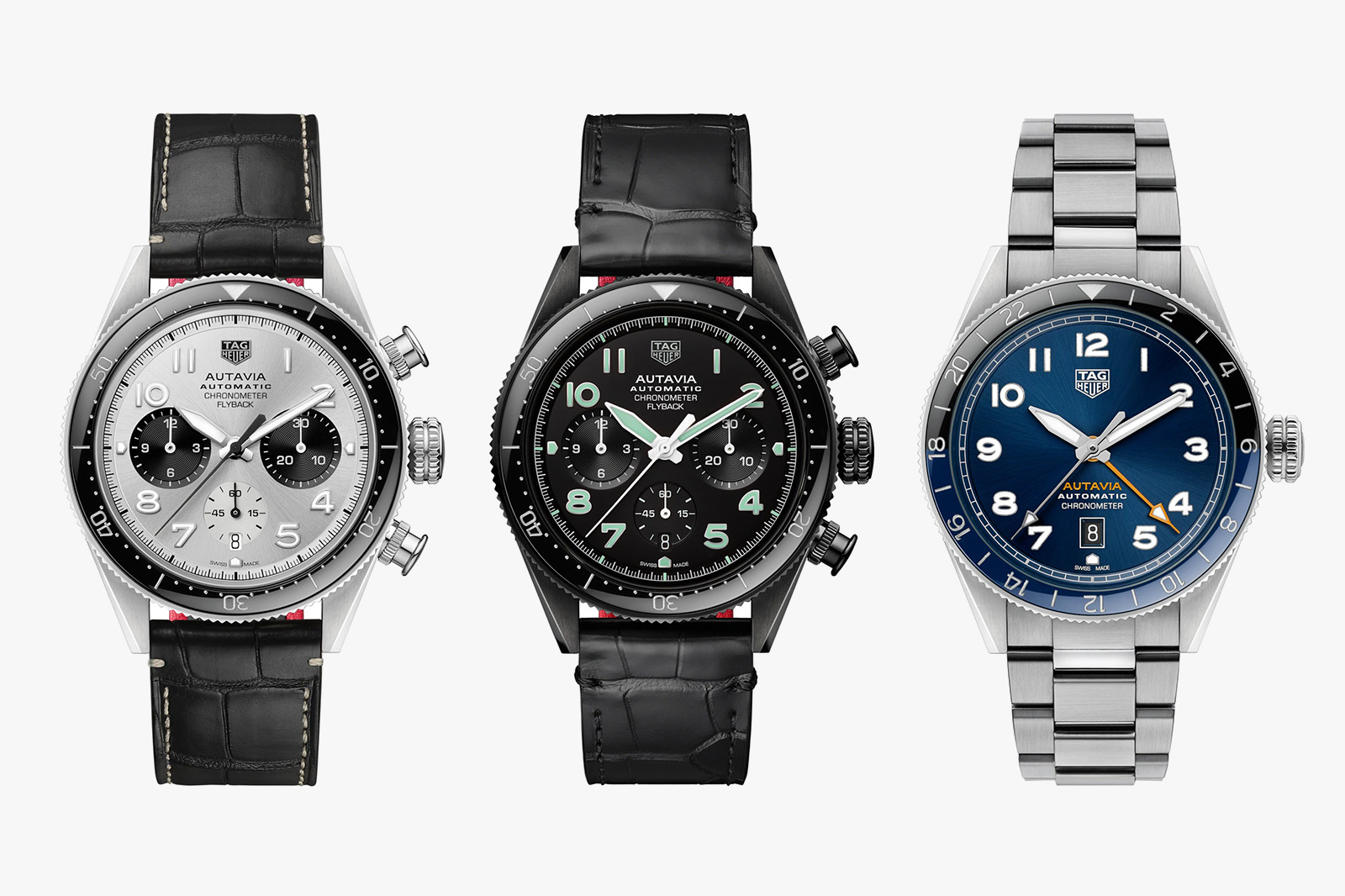 Tag Heuer is obsessed with vehicles that go fast. They supported Max Verstappen on his way to last season’s F1 title and also recently announced Ryan Gosling as a brand ambassador for his unique oeuvre of high speed drama flicks such as Drive. However, while the majority of their watches focus on cars, they also produce a line of pilot’s watches called the Autavia collection, which is turning 60 years old this year. In celebration they’ve launched three limited edition Autavia 60th Anniversary watches, two flyback chronographs and a GMT 3 Hands. 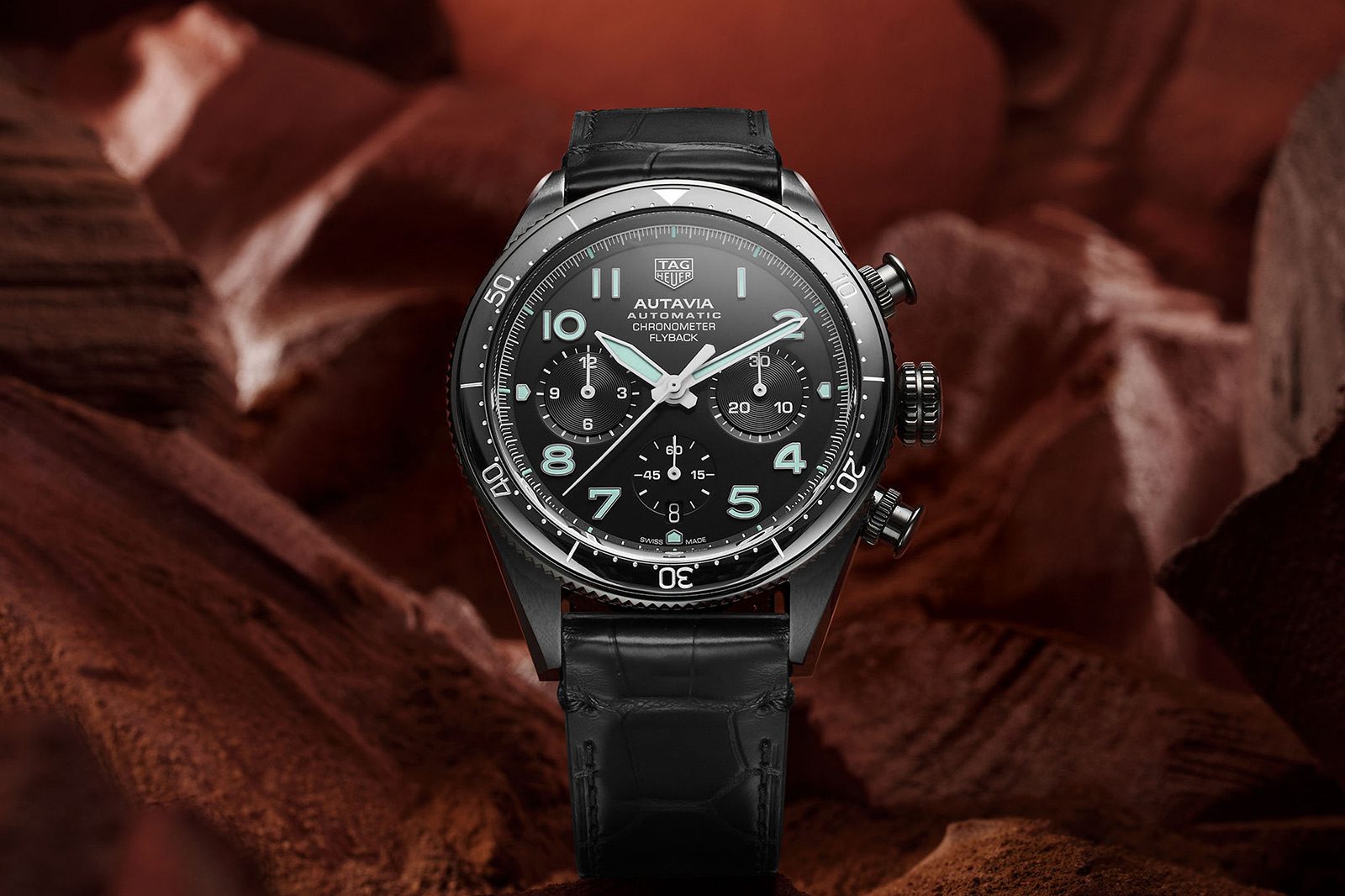 First up are the two Autavia 60th Anniversary chronographs. They introduce the flyback function to the Autavia collection for the first time, which is a nice quality of life upgrade for any chronograph. It allows you to reset and start the chronograph timer with a single pusher press, instead of stopping it then resetting it and then starting it again. It’s particularly useful for pilots who need to make accurate timings as part of navigation. The Autavia collection is intrinsically linked to aviation as it started life as the relaunch of a line of vintage cockpit counters in wristwatch form. 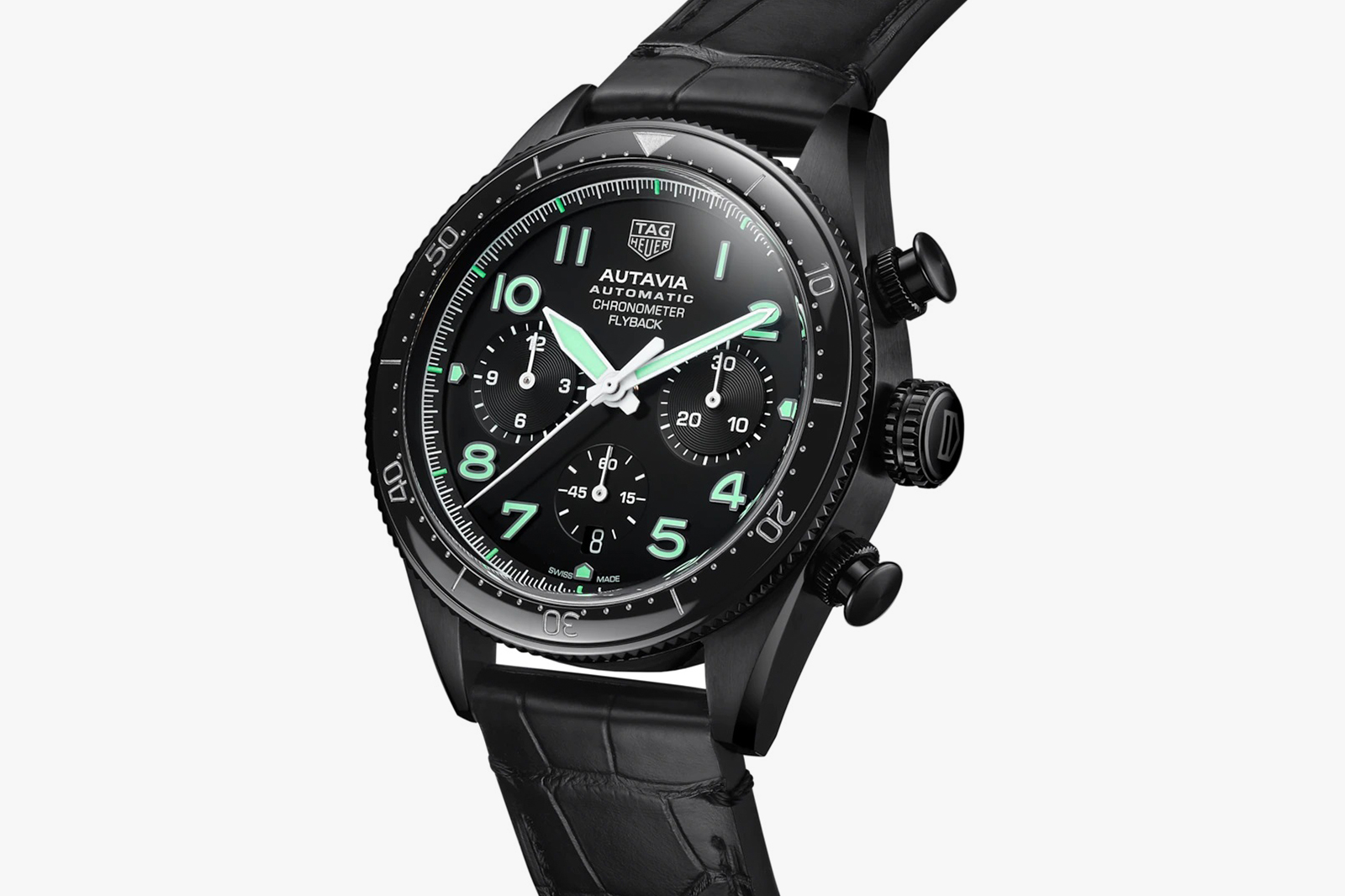 Visually, the two references follow different paths. The Tag Heuer Autavia 60th Anniversary Flyback Chronograph Ref. CBE511C.FC8280 is a stealthy black version with green lume that gives the watch a tactical, military vibe. The 42mm stainless steel case has a black DLC coating and the pushers, oversize pilot’s crown, ceramic bezel, dial and subdials are all black as well. Additionally, both chronographs come on black alligator leather straps while the GMT has a steel bracelet. 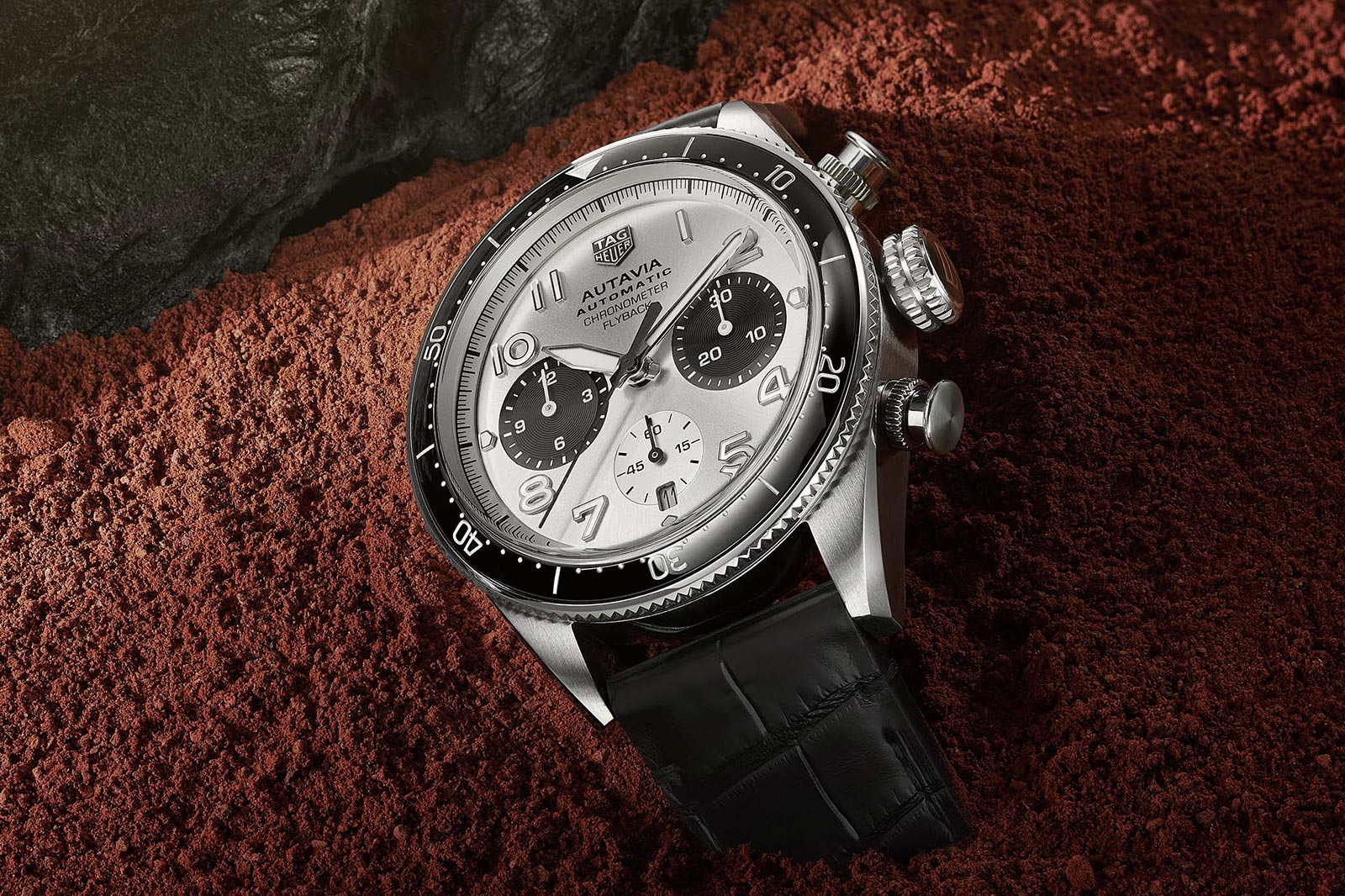 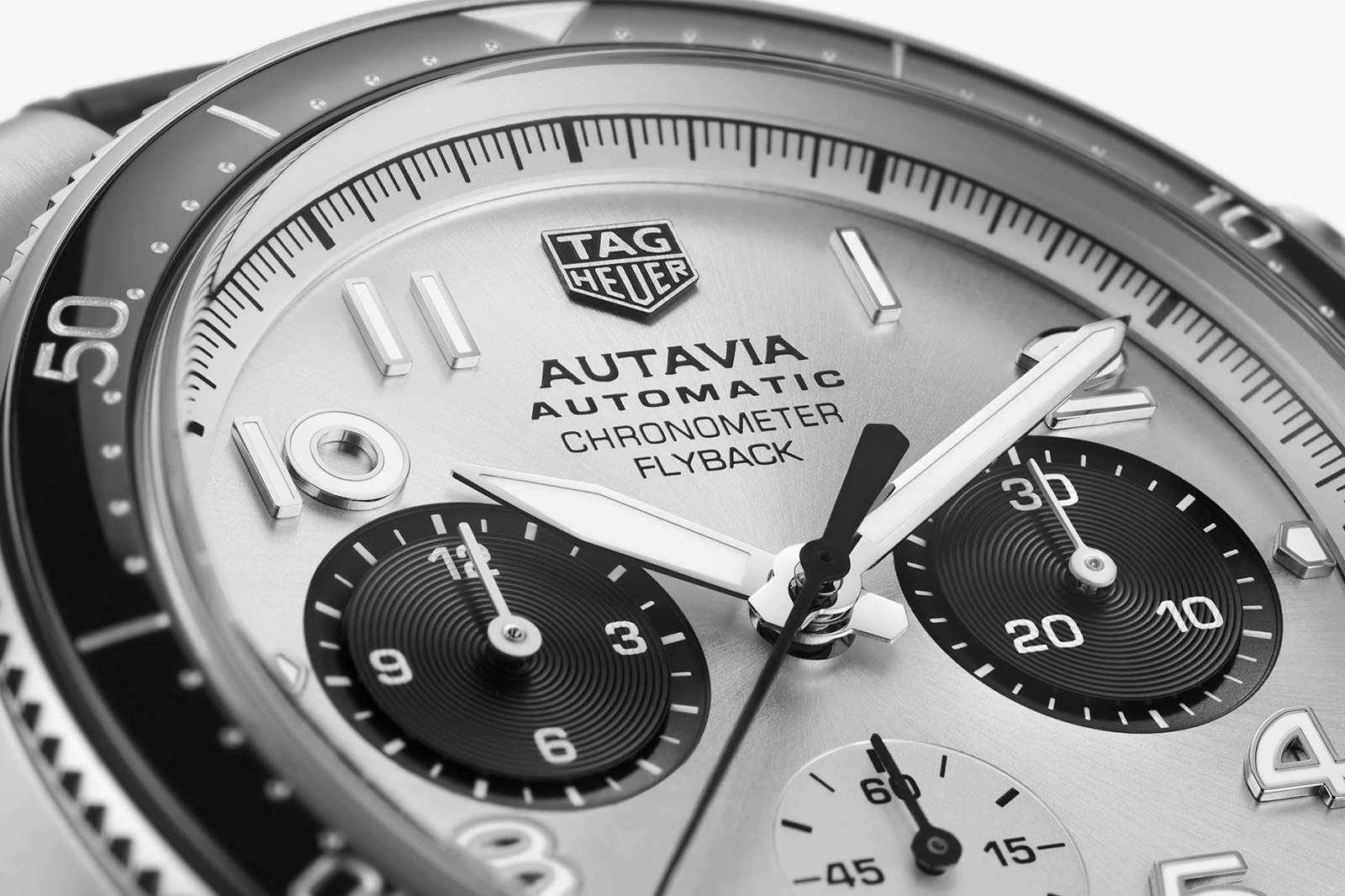 In contrast to its quasi-military sibling, the Ref. CBE511B.FC8279 focuses on creating a vintage vibe. The tricompax configuration of the 12-hour timer, 30-minute timer and small seconds might be the same as on the other reference, but here it has a panda style silvery-white and black colourway. It’s a classic design and it looks great. 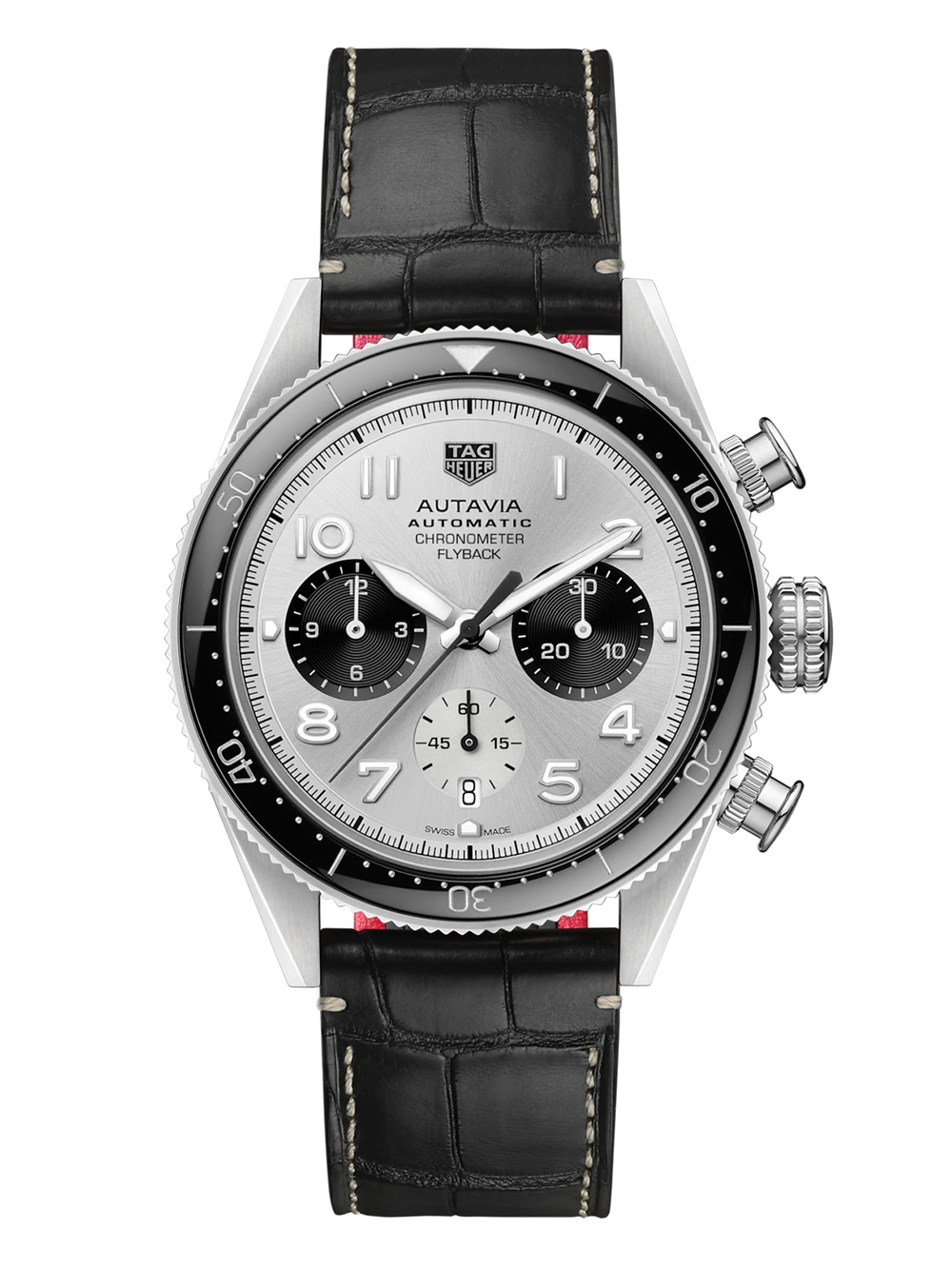 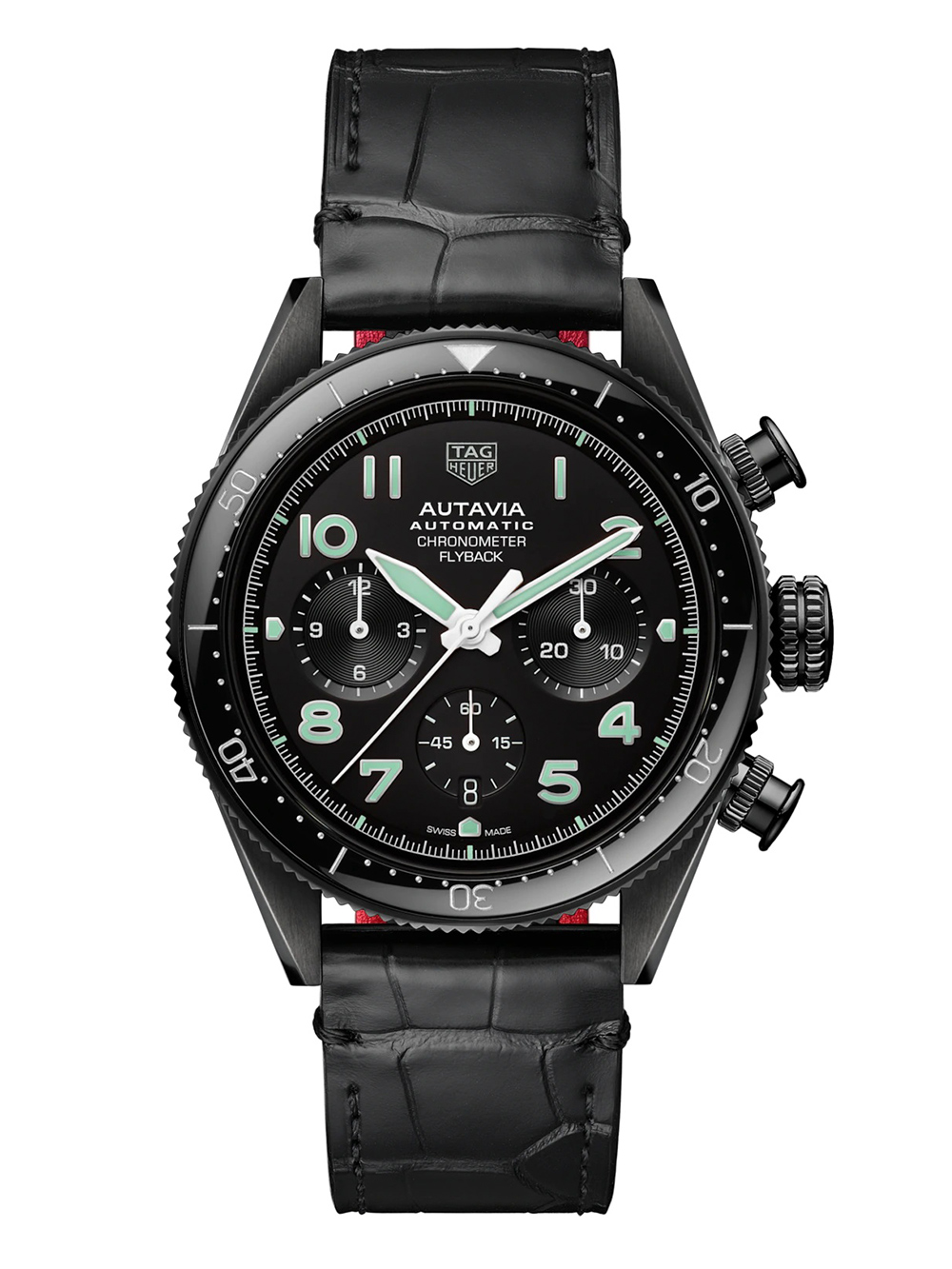 The only thing I will point out, because I know it will annoy some people, is the fact that the date window at 6 o’clock intersects the small seconds subdial. The same thing was a large point of contention regarding the Omega Aqua Terra Small Seconds last year. Some fans really hate that date window positioning because it can look a little clunky, I think it’s more of an issue on the Omega than here though. 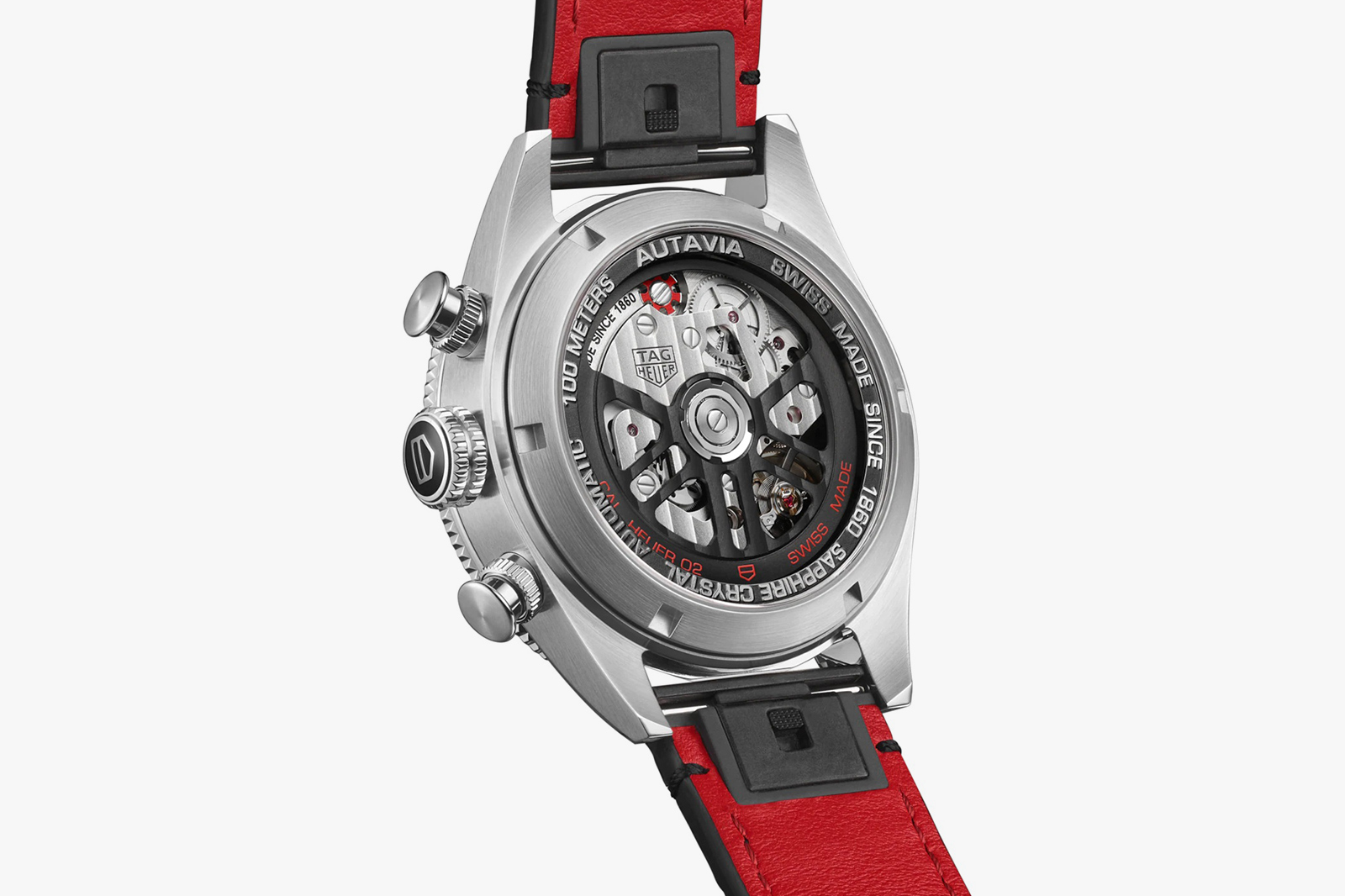 Regardless of whether you prefer the military or vintage themed version, they both house the same movement. It’s the Calibre Heuer 02 COSC Flyback Automatic Chronograph, one of Heuer’s highest spec movements with an 80-hour power reserve and that titular flyback function. For the 60th anniversary edition it has been spruced up with a black rotor and red accents, visible through the display caseback. As for price, the black DLC version is £5,800 whereas the panda is slightly more accessible at £5,250. 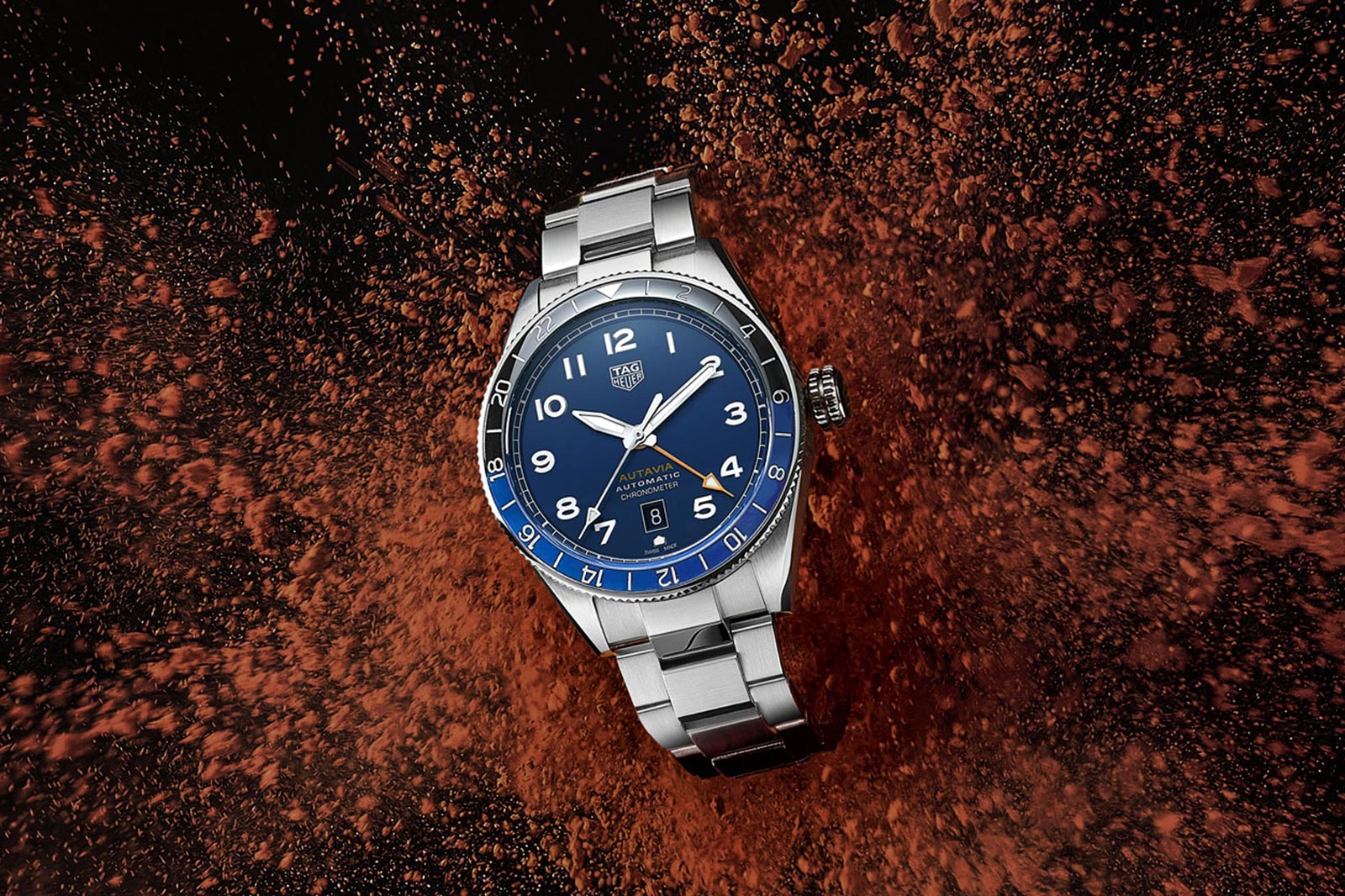 Then there’s the third limited edition, which is the first time the Autavia collection has ever had a GMT function. Personally, while I think the chronographs are cool, it’s the TAG Heuer Autavia 60th Anniversary GMT 3 Hands that instantly caught my attention. The vibrant, sun brushed blue dial is beautifully simple and meshes perfectly with the two-tone, ceramic, rotating bezel. Plus, the orange GMT hand provides just the right amount of spot colour to draw the eye. 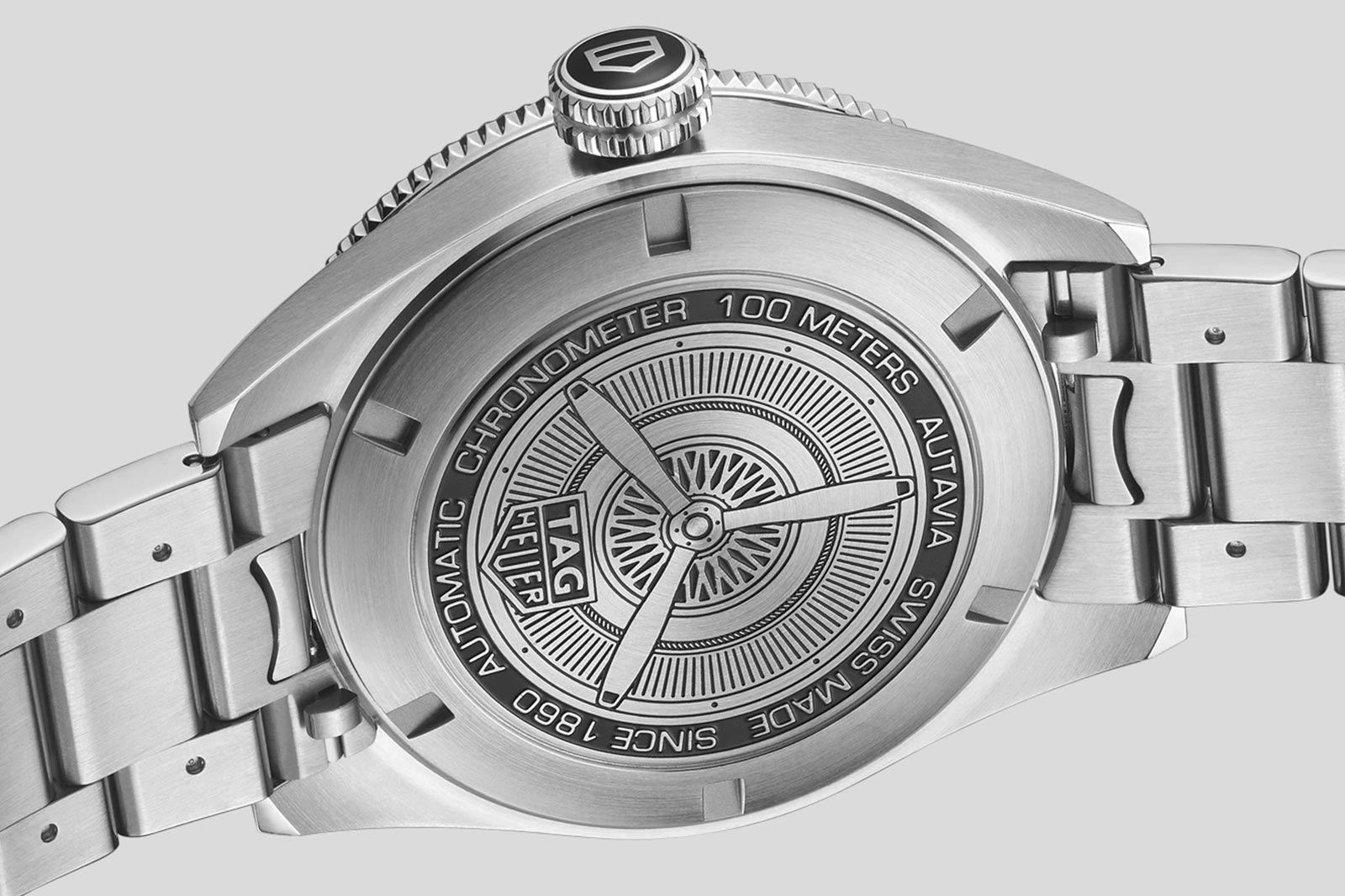 GMT functions are a classic traveller’s complication, allowing you to keep track of multiple time zones, making it the perfect complication for a reinvented, vintage pilot’s watch like the Autavia 60th anniversary edition. It’s powered by the Heuer Calibre 7 COSC GMT movement, which has a 50-hour power reserve. The GMT 3 Hands is the most accessible of the three watches, at a price of £3,500.