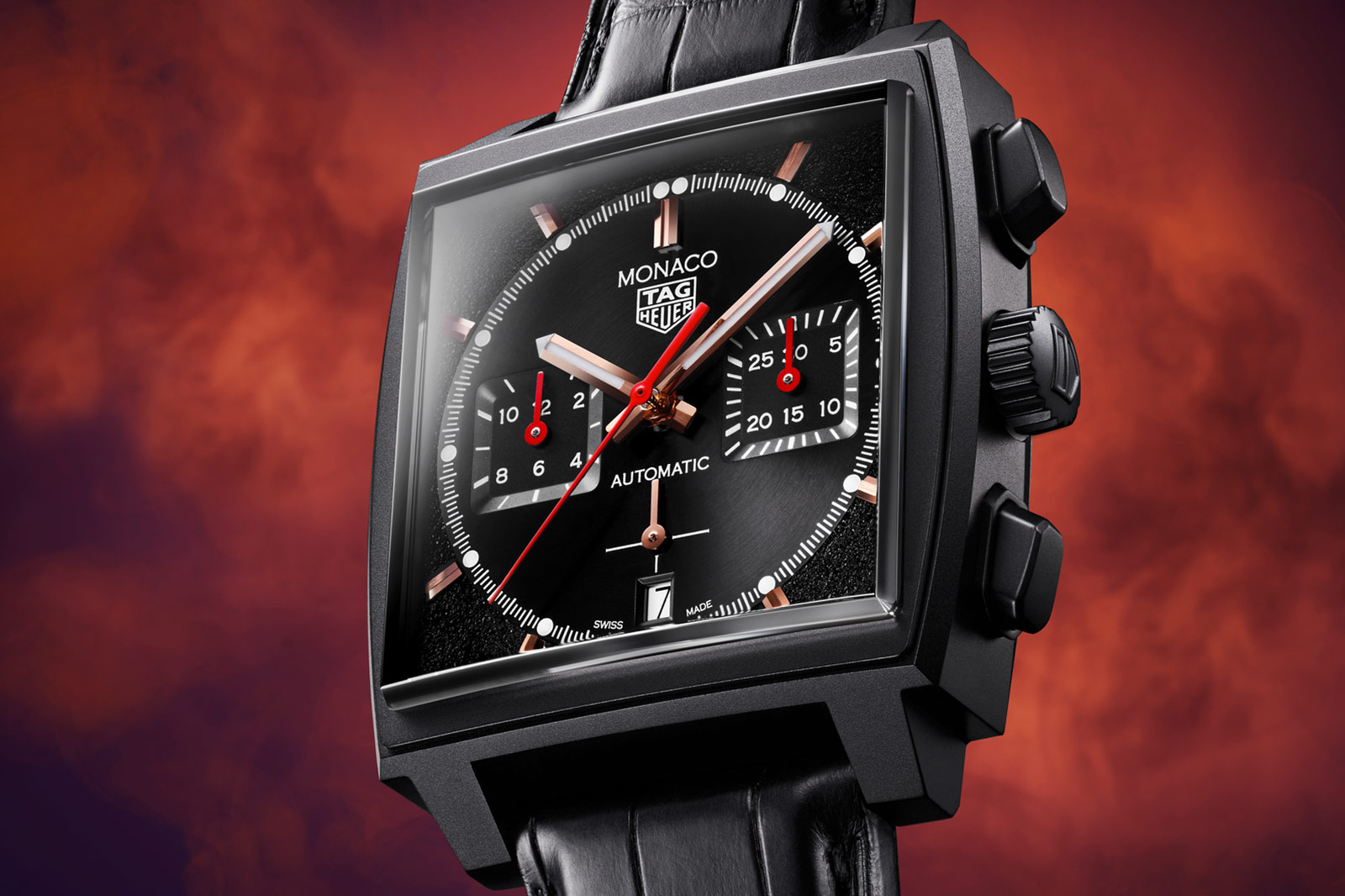 Monaco. One of the most gruelling circuits on the F1 calendar thanks to its complex combination of tight corners and the entire city crowding in around the racers. It’s the race that even non-F1 fans have heard of. It’s also the name of one of the most iconic wristwatches from Tag Heuer who themselves have a long history with motorsport.

With the Monaco Grand Prix set to take place this Sunday (29 June) Tag Heuer have launched a new Monaco “Dark Lord” special edition in celebration of the race. Additionally they’ve announced Jacob Elordi of the hit HBO show Euphoria as their newest ambassador. 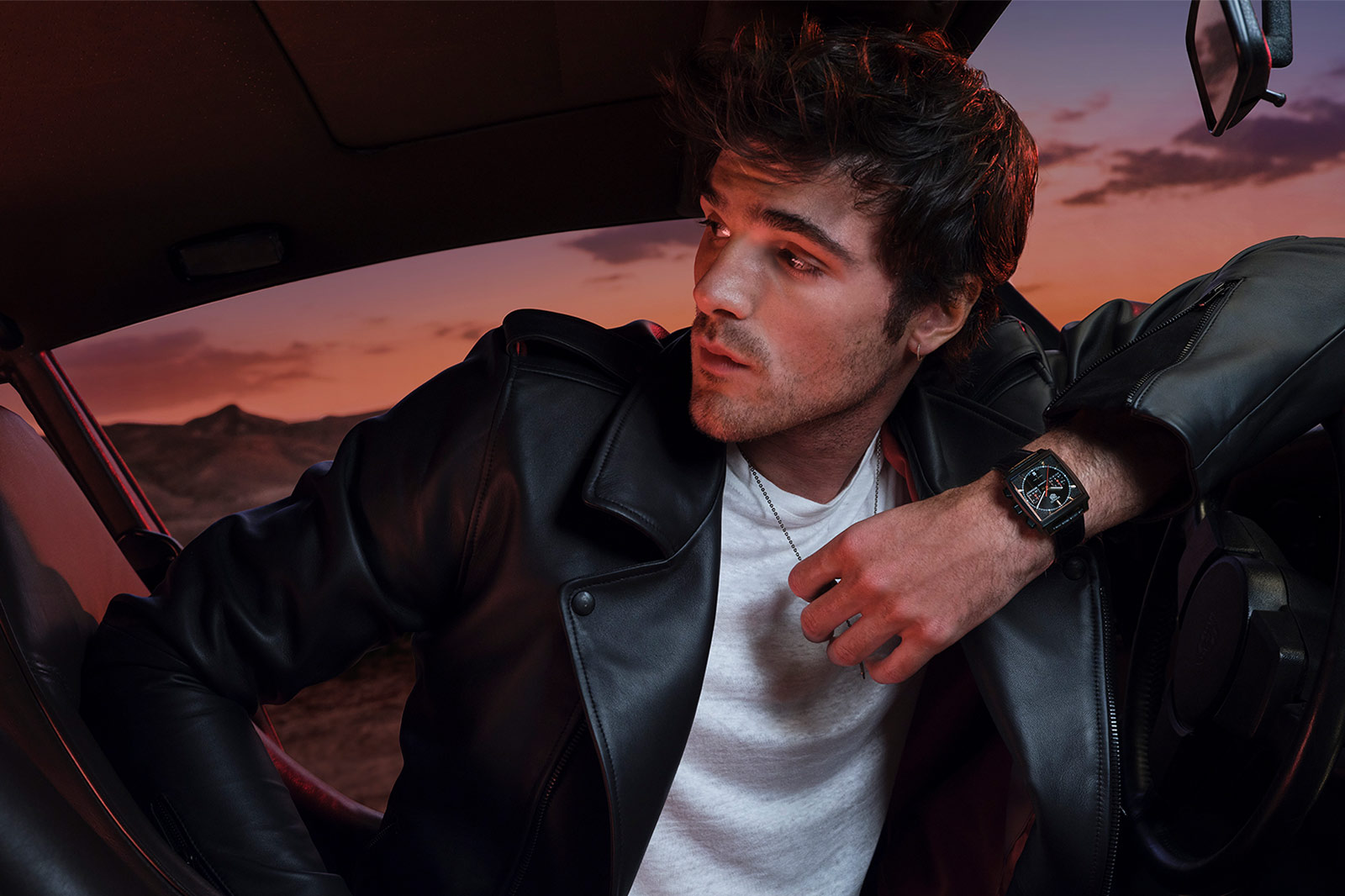 When the Tag Heuer Monaco originally launched in 1969, one of the things that set it apart from its competitors was the fact it embraced the fun of racing by having a bright, blue dial. A colourway it later developed on in the form of the Gulf special editions, which have become the most iconic versions of the timepiece, including the 2022 edition. However, in the 1970s there was another colourway that was far more serious with a matte black design that earned it the nickname “Dark Lord”. It’s that historic reference the new F1 special edition is inspired by, also bearing the moniker “Dark Lord”.

To achieve the dark appearance, the 39mm diameter square case is created from DLC coated titanium. This is only the second Monaco ever to be made from titanium, the first debuting just last year in the Tag Heuer Monaco Titan Special Edition launched by the Tag Heuer ambassador Max Verstappen whereas the “Dark Lord” is pictured alongside Jacob Elordi. However, the new watch has the distinction of being the first in titanium to also have a sand-blast finish DLC coating, which provides extra durability and scratch resistance. The result is pure stealth. 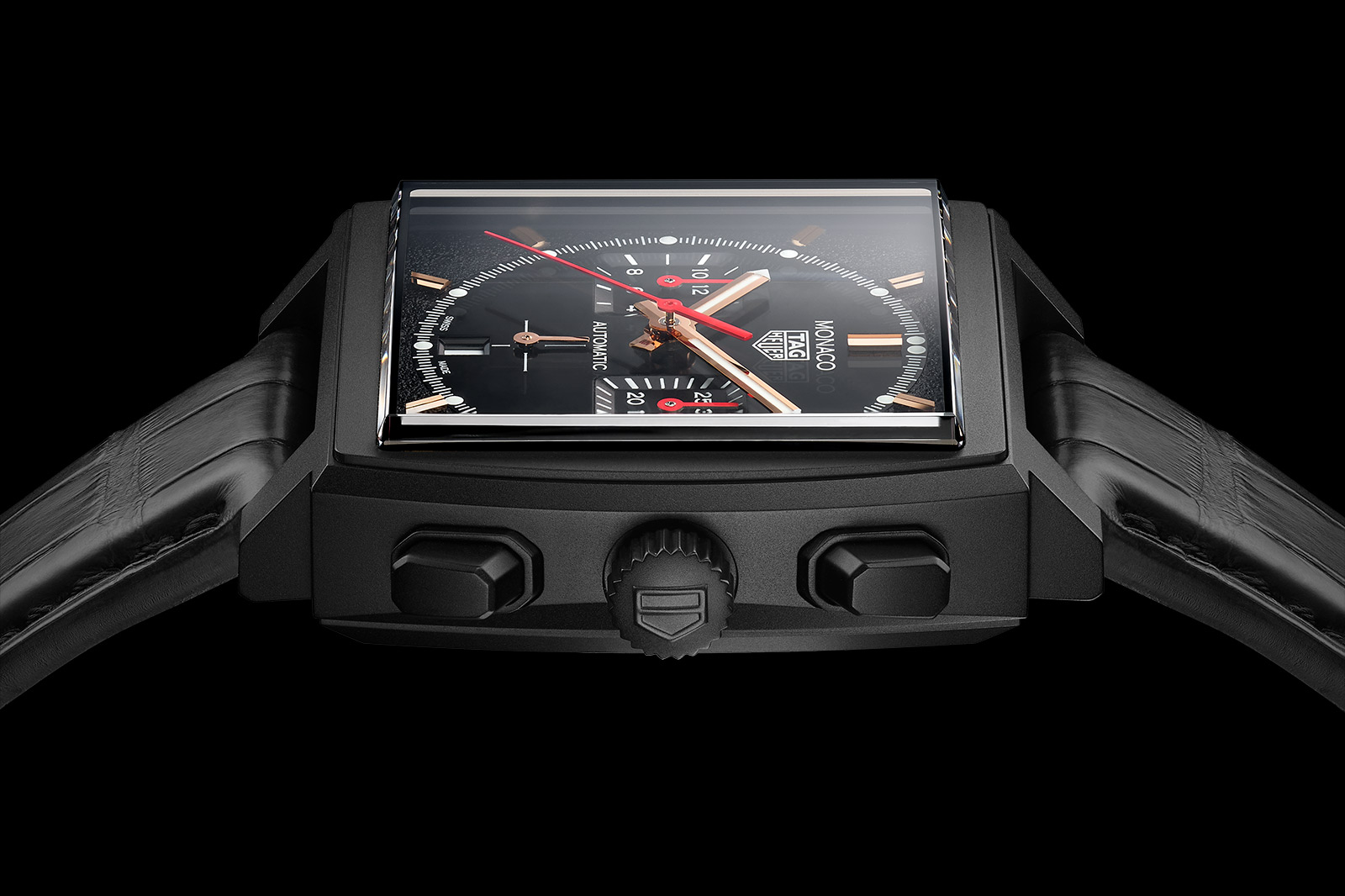 The dial, no surprises here, is also black. The central circle has circular graining while the peripheral corners of the display are sand-blasted to create a contrasting granular texture. The contrast in finishes is designed to represent the smooth, high speeds of F1 cars and the intense grip of the tyres and track. There’s an element of colour on display on the dial too though, the bold red of the chronograph hands and the rose gold of the hour and minute hands as well as the hour markers. 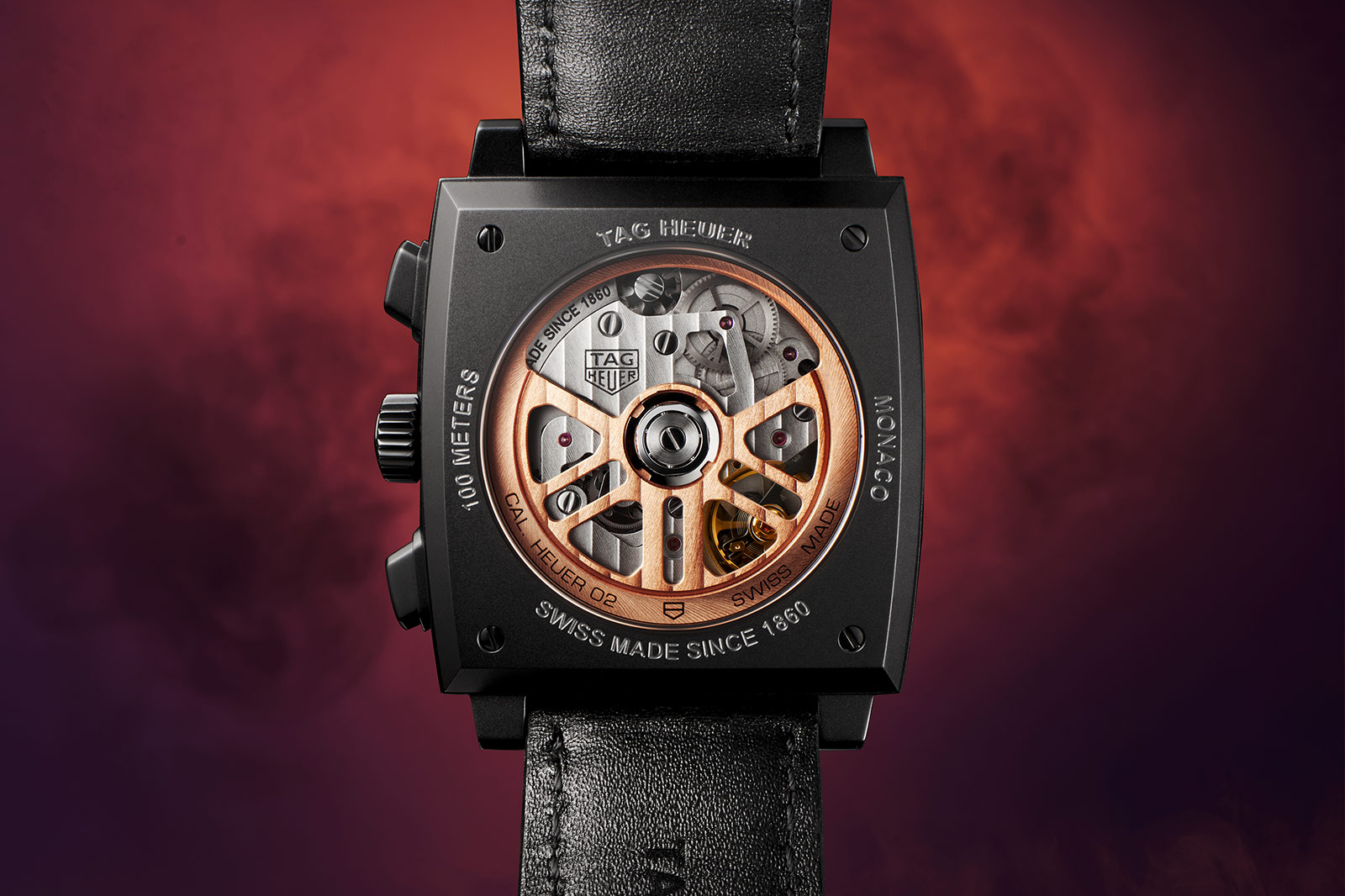 Inside and visible through the sapphire caseback is the Calibre Heuer 02 Automatic column wheel chronograph movement. It features a rose gold skeleton rotor that looks amazing and the specs are impressive too with an 80-hour power reserve. 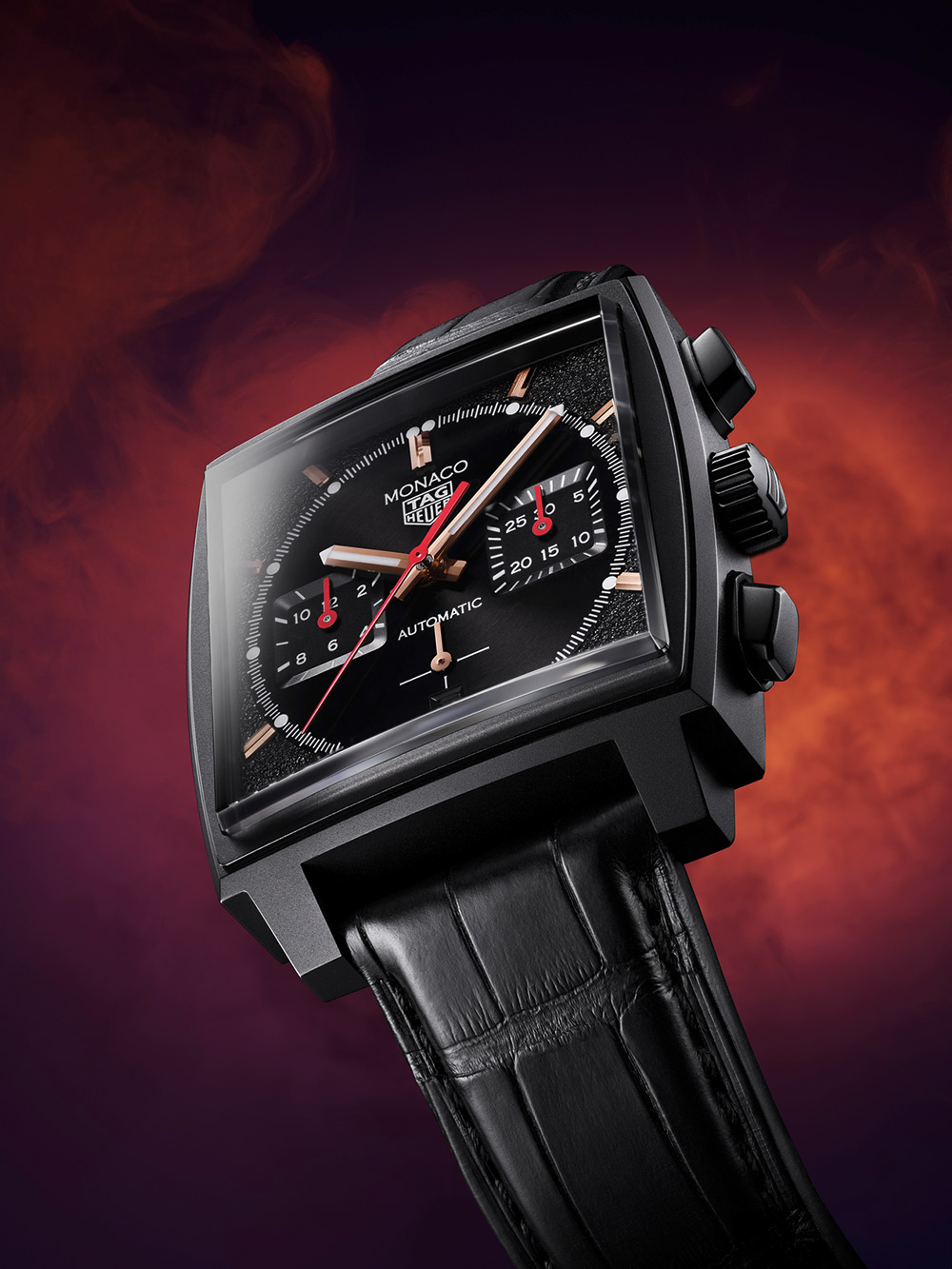 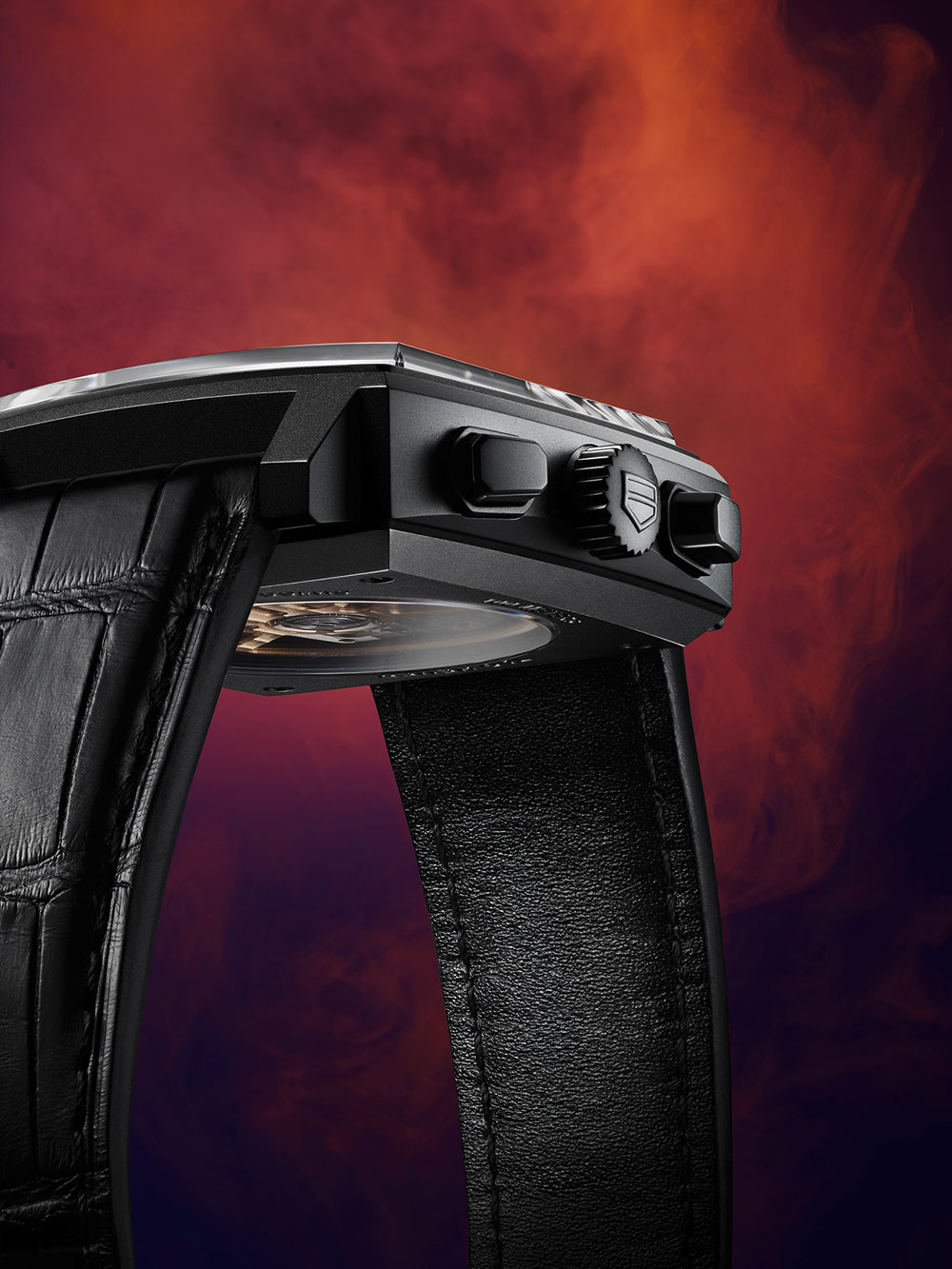 “Dark Lord” is a bold name but it’s one I think the watch lives up to, the combination of stealthy black with hints of gold feels entirely villainous, hinting at the danger of luxury. A theme entirely appropriate for a Monaco Special Edition celebrating the Monaco Grand Prix’s dangerous route through the most luxurious of locales. With a price of £6,800 it’s at the top end of the Monaco price range, which makes sense because it features the most high-tech case and movement in the collection. 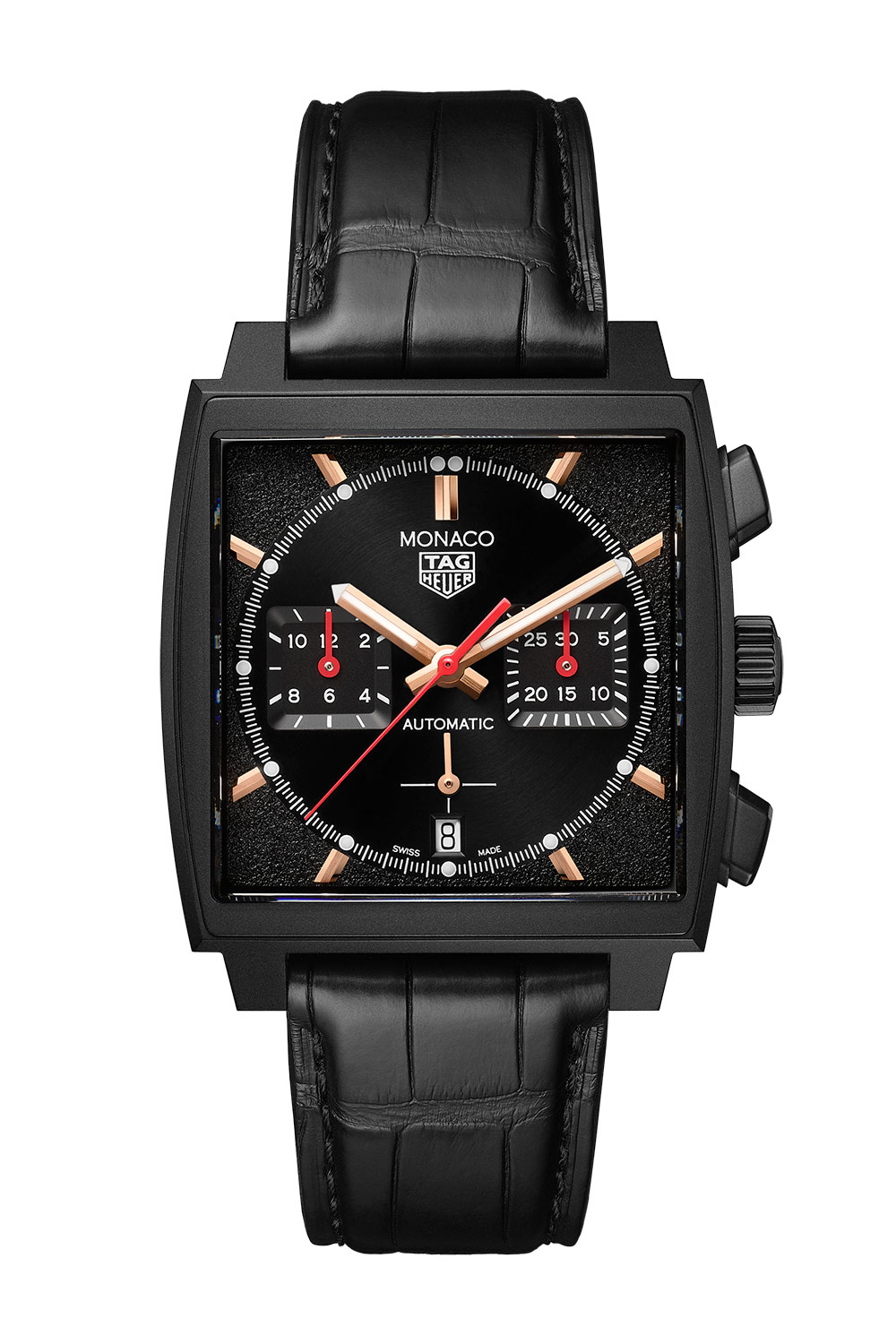