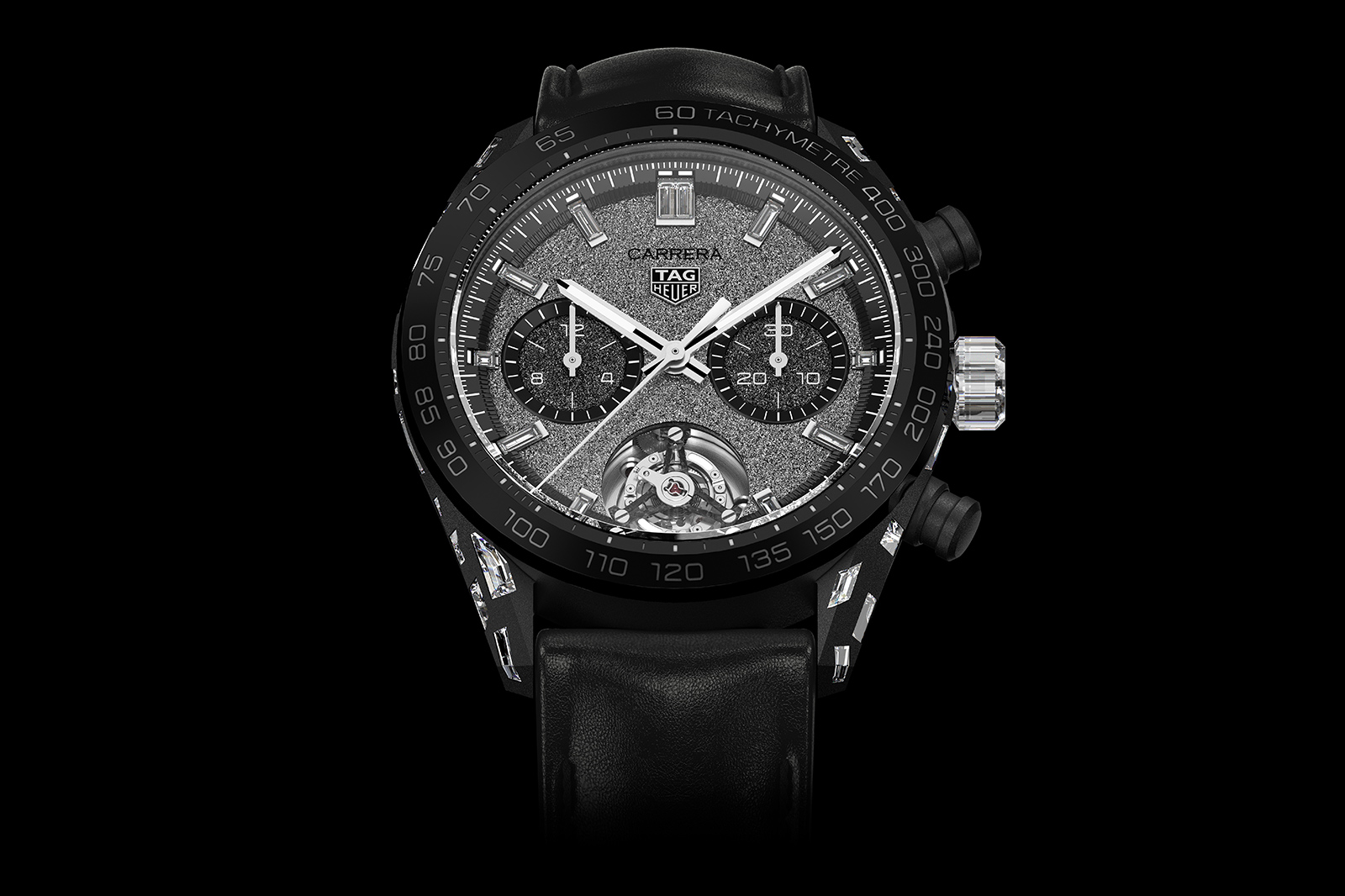 Tag Heuer has a hefty slate of releases this week and on top of all the Aquaracers and the Monaco Gulf there’s also a new Carrera, called the Plasma. What makes the Tag Heuer Carrera Plasma special is that it marks the brand’s first foray into lab-grown diamonds.

Lab-grown diamonds are chemically identical to natural diamonds but offer several advantages. First of all, they’re more affordable since they can be produced at will and don’t require invasive mining processes. Additionally, because they are grown in a controlled environment through a process called Chemical Vapour Deposition (CVD), they can be intentionally shaped in ways that don’t occur naturally. This means new and exciting innovations are possible, which is demonstrated on the Carrera Plasma. 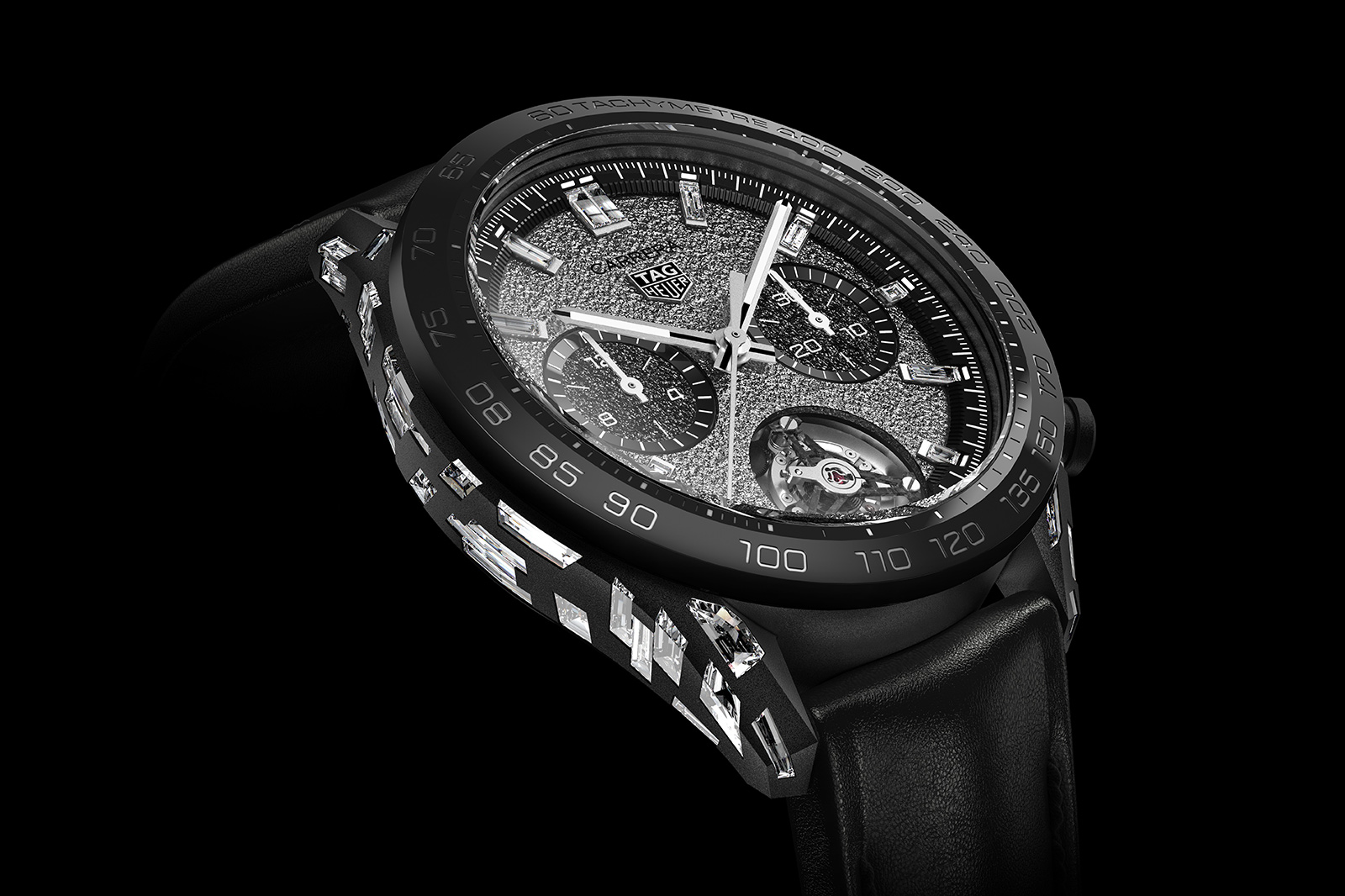 The watch’s 44mm anodised aluminium case is set with 48 lab-grown diamonds, as are the hour markers and the crown is itself a whole diamond. However, the crowning jewel (pardon the pun) is the polycrystalline dial, which has the appearance of multiple crystals each with distinct facets but is actually a single diamond piece.

While the diamonds are the highlight of the piece, that’s by no means to say that the watch they’re on isn’t just as exciting. In addition to the aluminium case, it has a black ceramic bezel with a tachymeter that correlates to the central chronograph seconds hand. This is a Carrera after all so a chronograph complication with associated subdials is pretty much mandatory, and it’s a little more special than a regular tricompax piece as the third subdial has been replaced with a tourbillon. 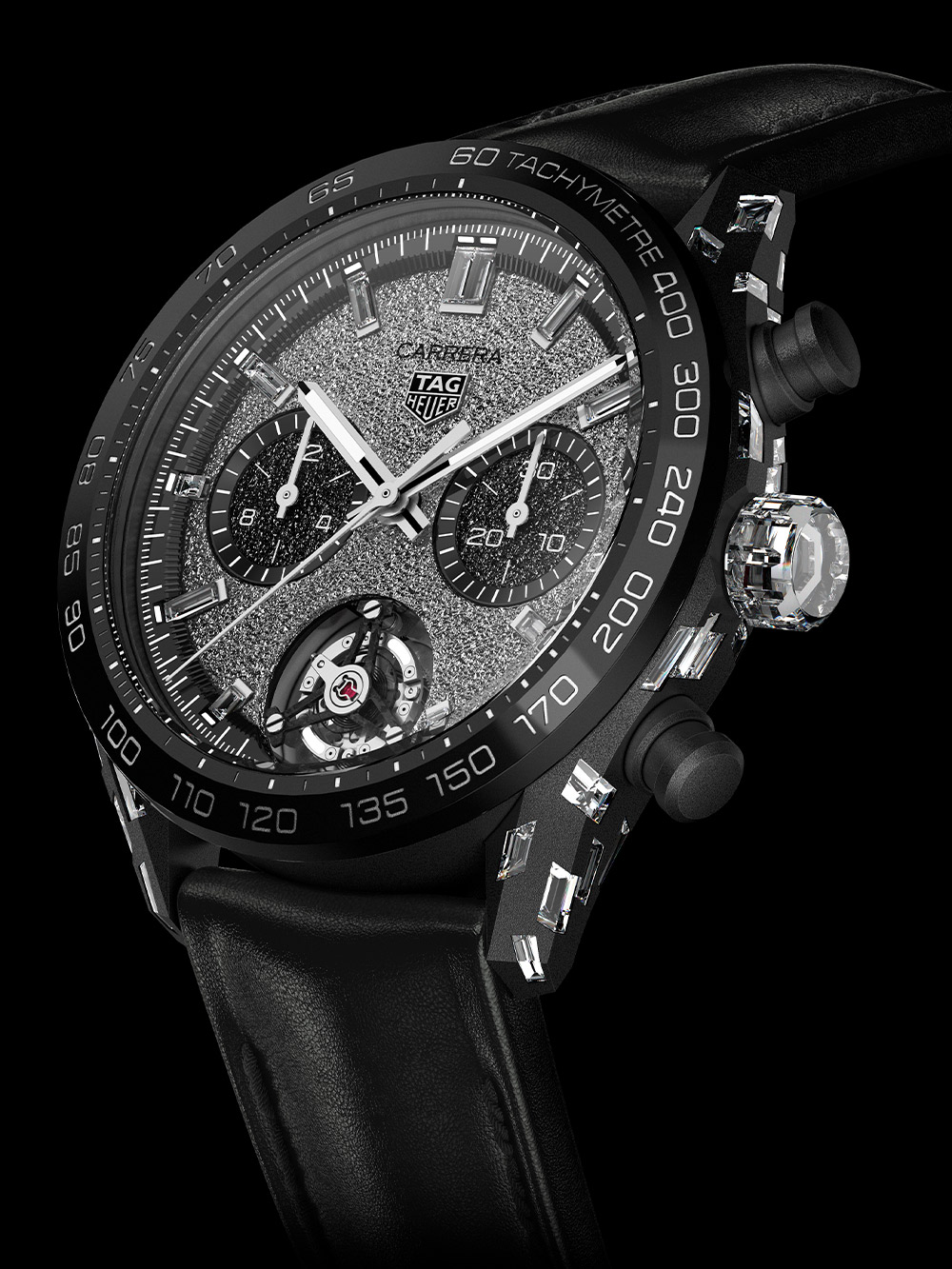 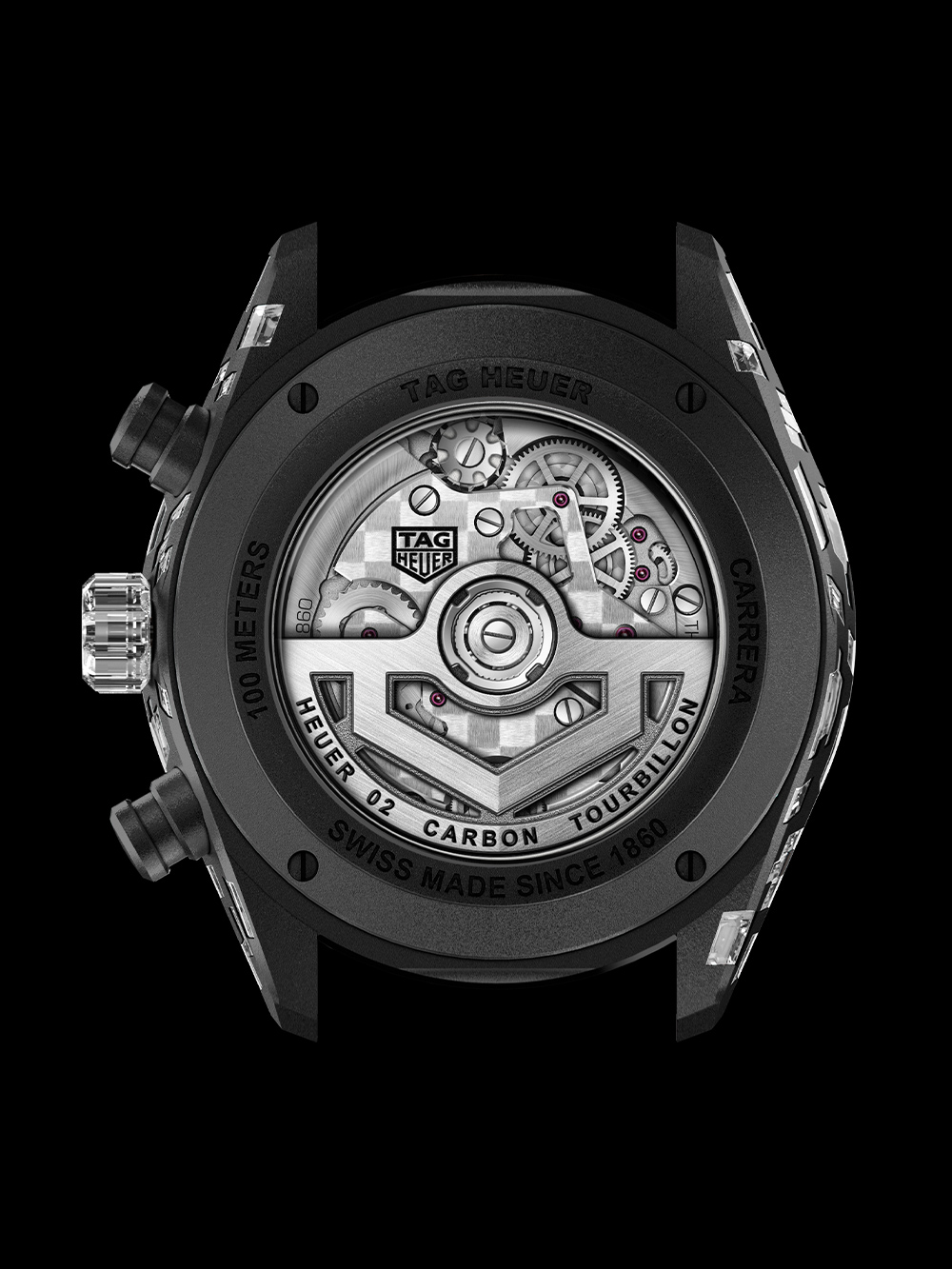 Powering said tourbillon is the Heuer 02 Nanograph Tourbillon Calibre. It’s one of their premier movements with a 65-hour power reserve and an in-house carbon hairspring which is also produced with CVD technology. The use of carbon boosts the watch’s resistance to magnetic fields and therefore its overall accuracy.

Between the Carrera Plasma and their new collaboration with Kenissi that they announced alongside the new Superdiver, Tag Heuer are intent on pushing their watchmaking forward. Which is something we can all get behind.