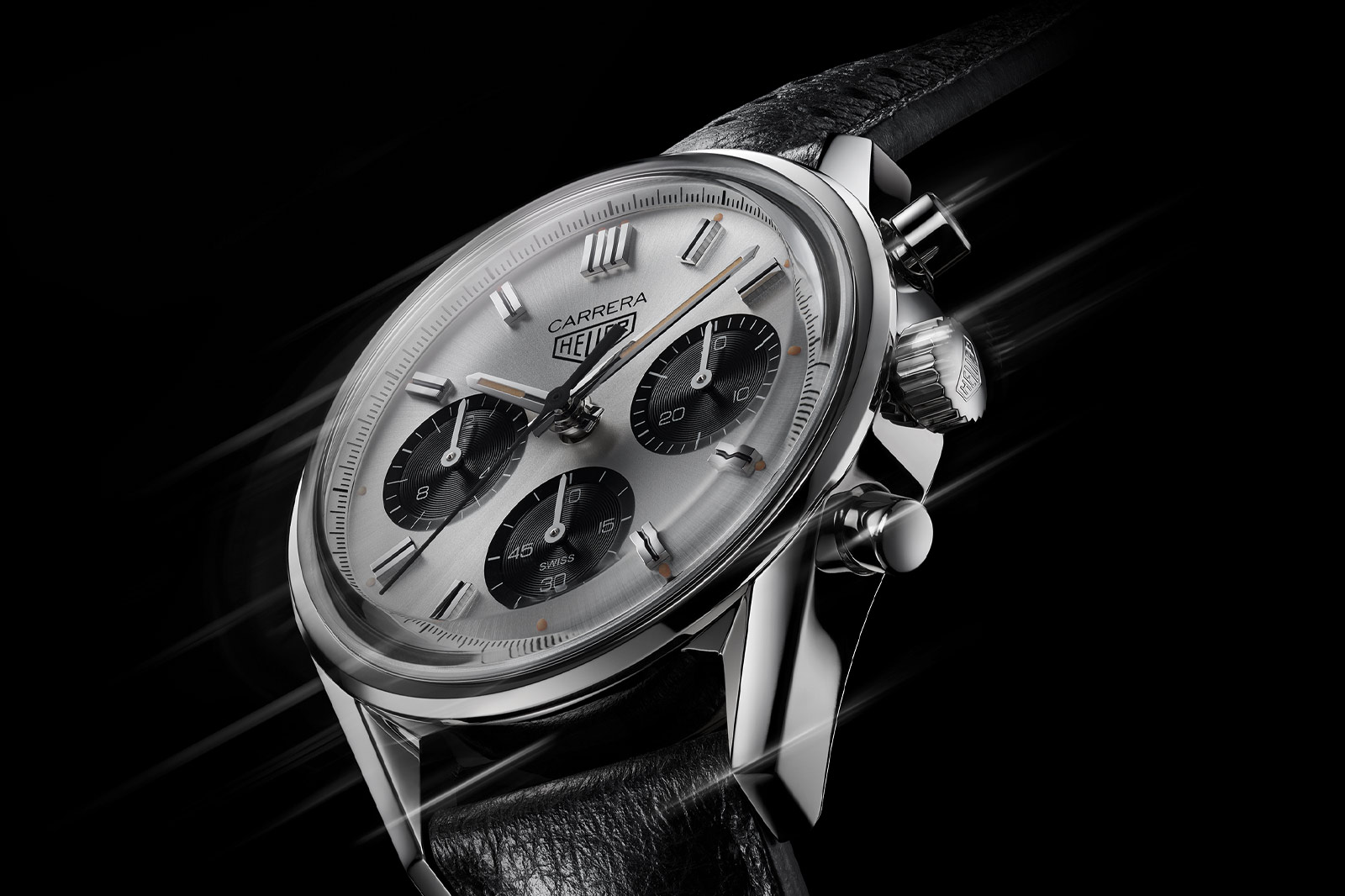 Tag Heuer produce many chronographs in all shapes and sizes and while models like the Monaco with its square case are iconic, the Carrera is perhaps the most legendary. 2023 is a huge year for the Carrera Chronograph, marking its 60th anniversary and they’ve wasted no time in getting the celebrations started, launching the fittingly named Tag Heuer Carrera Chronograph 60th Anniversary edition. 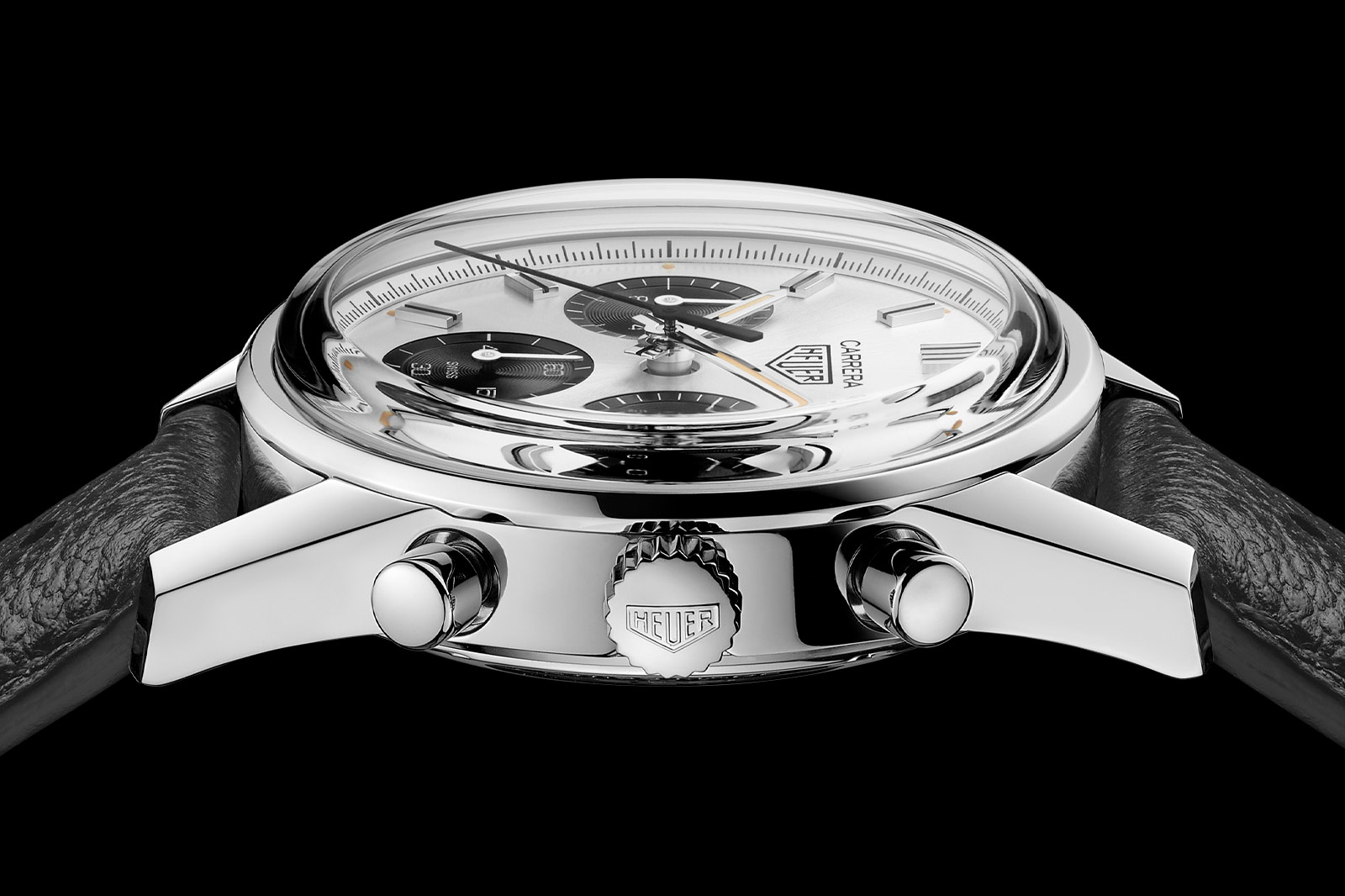 First impressions are a little mixed. It’s an incredibly elegant and pretty watch, with a 39mm diameter round case made from stainless steel, it’s just a little too safe for me. The Polychrome and Mario Kart are both visually striking to the extreme and the Carrera 60th Anniversary seems a little lacklustre compared. 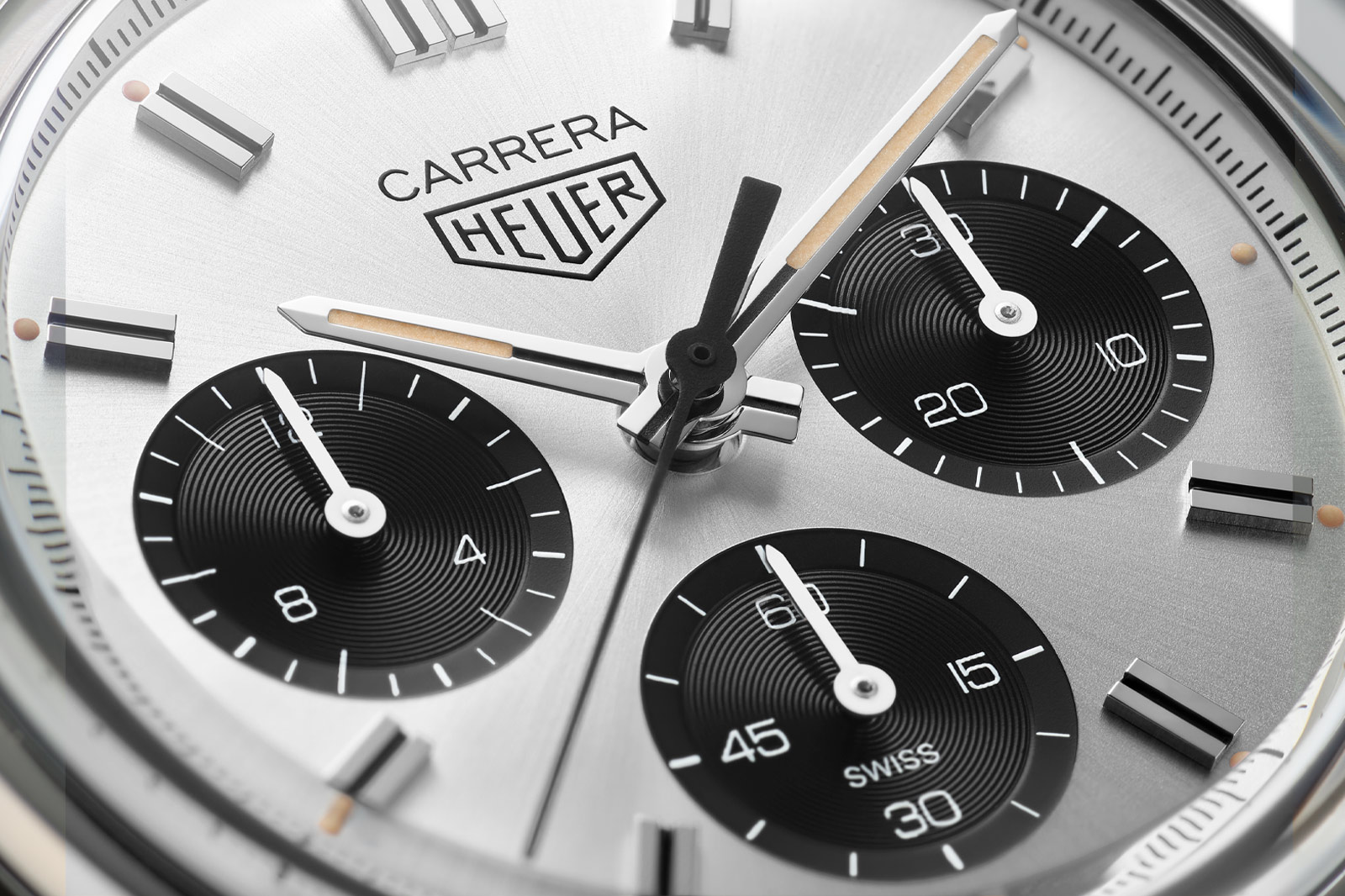 That said, there is a good reason for its pared back look. The Carrera 60th Anniversary is a completely different kind of timepiece to its compatriots and comparing it to the hyper-sporty watches of Tag’s modern range is unfair. It is, first and foremost, a vintage inspired model based on the Ref. 2447 SN from the late 1960s. The 2447 SN continues to be one of the most popular and collectible Carrera references in history, making it the perfect candidate for the anniversary edition. 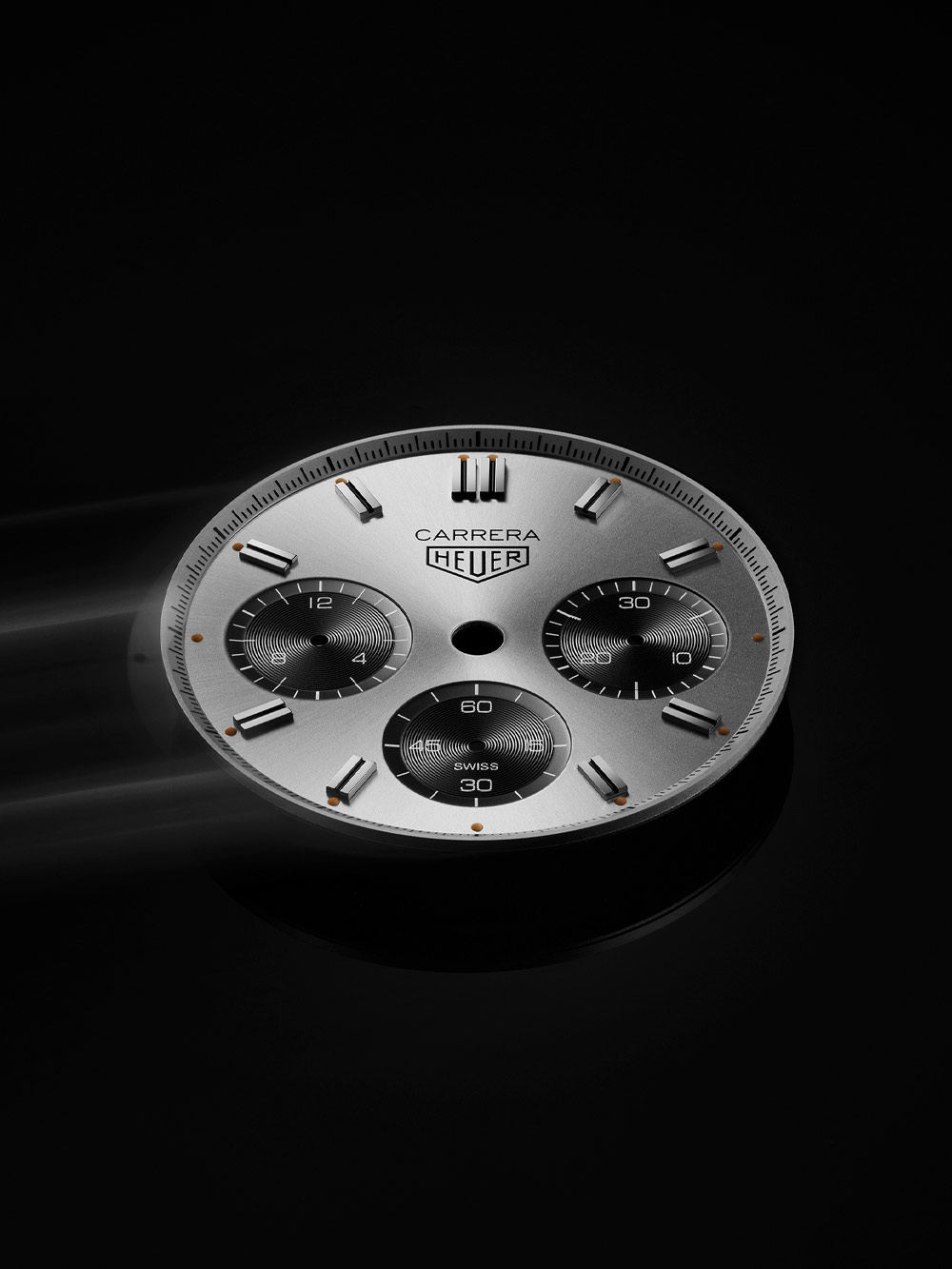 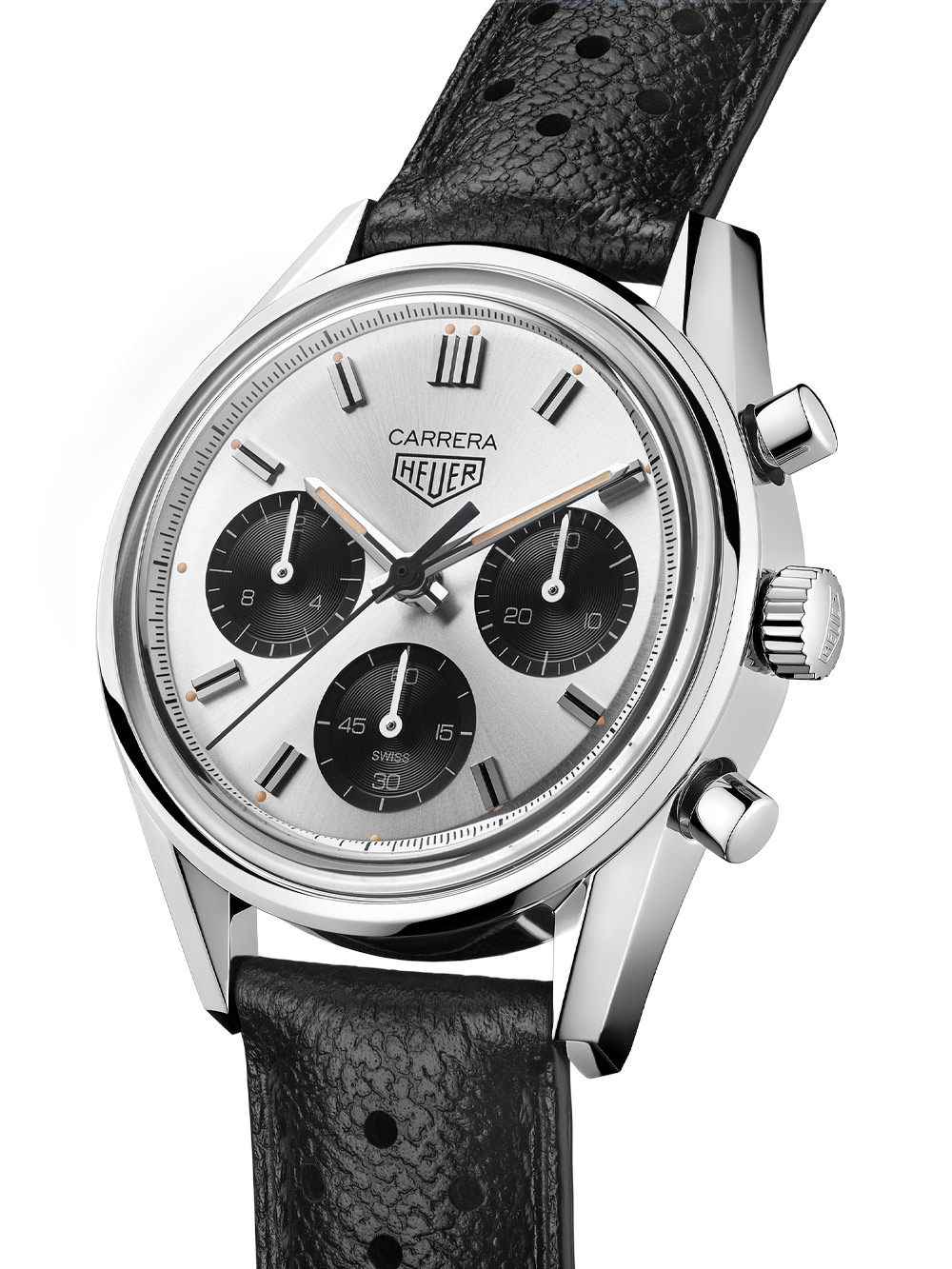 The “SN” in 2447 SN stands for the oddly bilingual Silver Noir, a nod to the panda-style colourway with a silver dial and black subdials. The exact same colourway has been used for the modern reinterpretation. Further tributes to the vintage reference can be seen in the 60th Anniversary’s hour markers and hands, each bearing a black stripe for added legibility. There’s also a double stop at 12 o’clock so that you can more easily tell if the chronograph hand has been centred properly. It also uses the historic version of the Tag Heuer logo at 12 o’clock. It’s definitely a throwback. 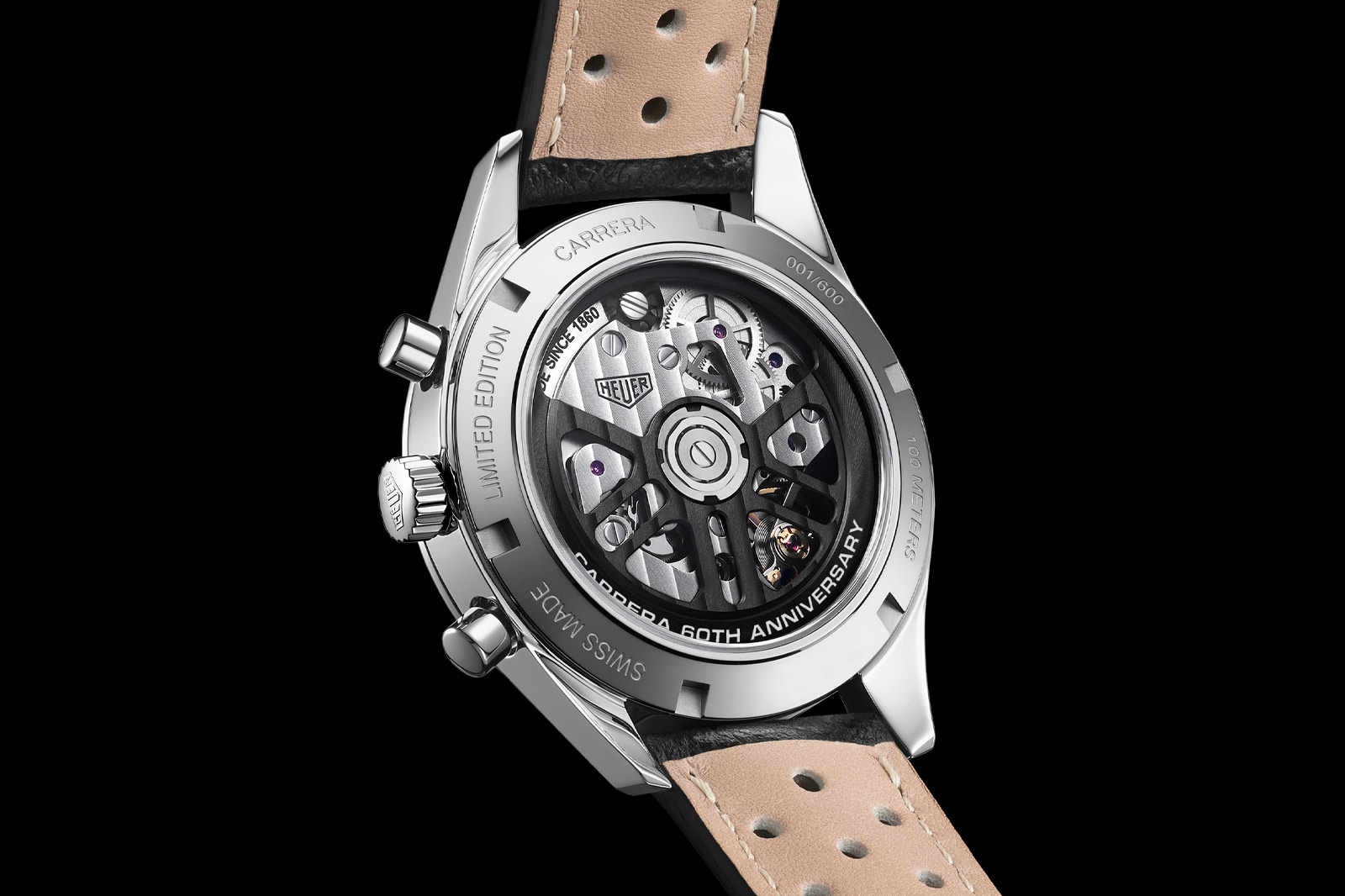 Of course, not everything about the new watch is faithful to the original. For one it doesn’t use radioactive tritium lume (for very good reasons), instead using modern SuperLuminova and as such the T designation on the dial has been omitted. It also houses the Heuer Calibre 02 as opposed to a Valjoux movement, touting a downright impressive 80-hour power reserve and swapping the 60-minute and 12-hour chronograph subdials. 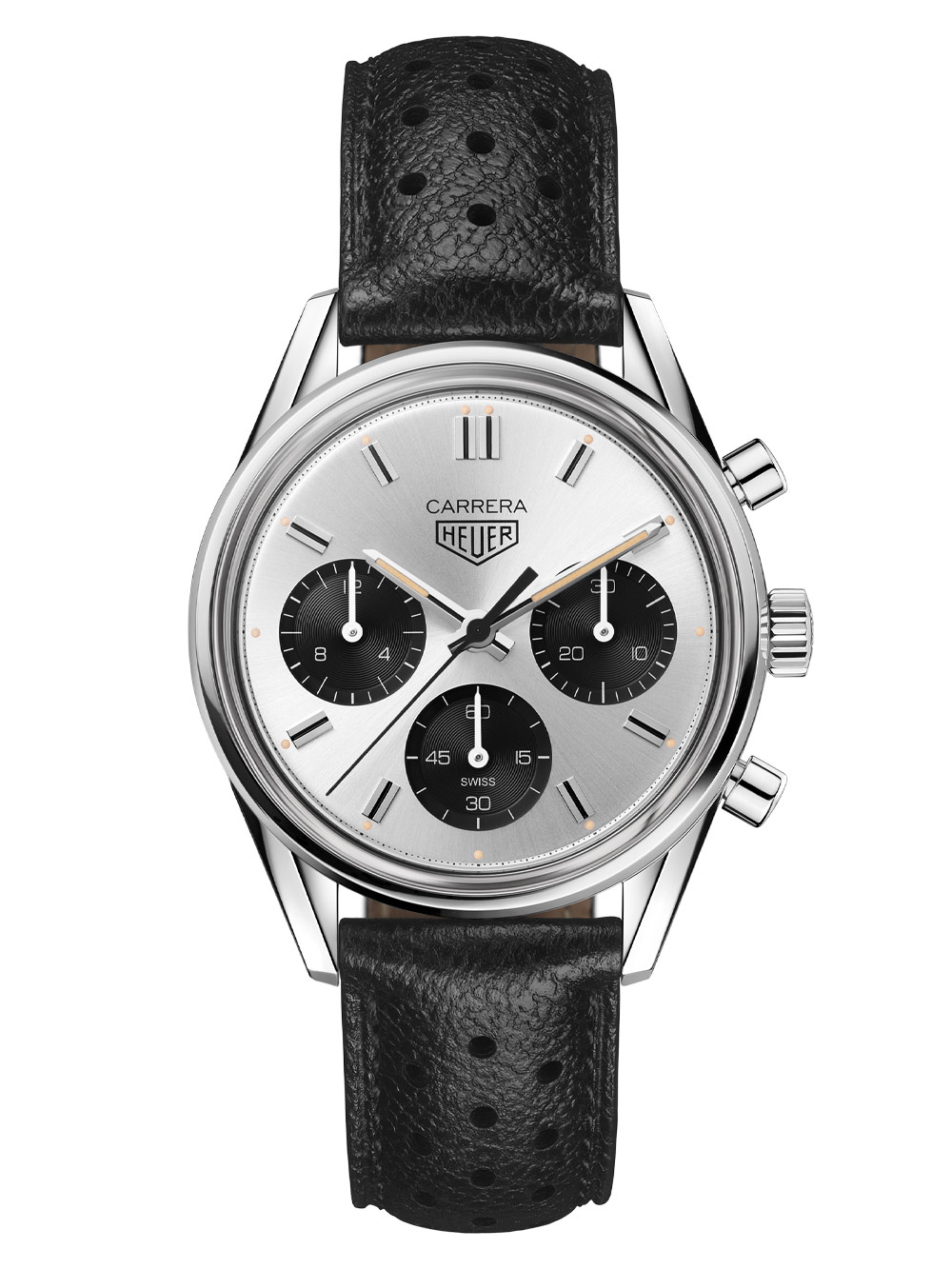 The Tag Heuer Carrera Chronograph 60th Anniversary Edition is limited to 600 pieces at a price of £5,600. Considering it’s the only 39mm Carrera housing the Calibre 02, it’s tricky to judge whether that’s good value. As is, it’s about £600 more than the standard 44mm model and given its exclusivity and anniversary associations that seems about right. It might be a safe anniversary launch, but it’s a lovely one all the same.