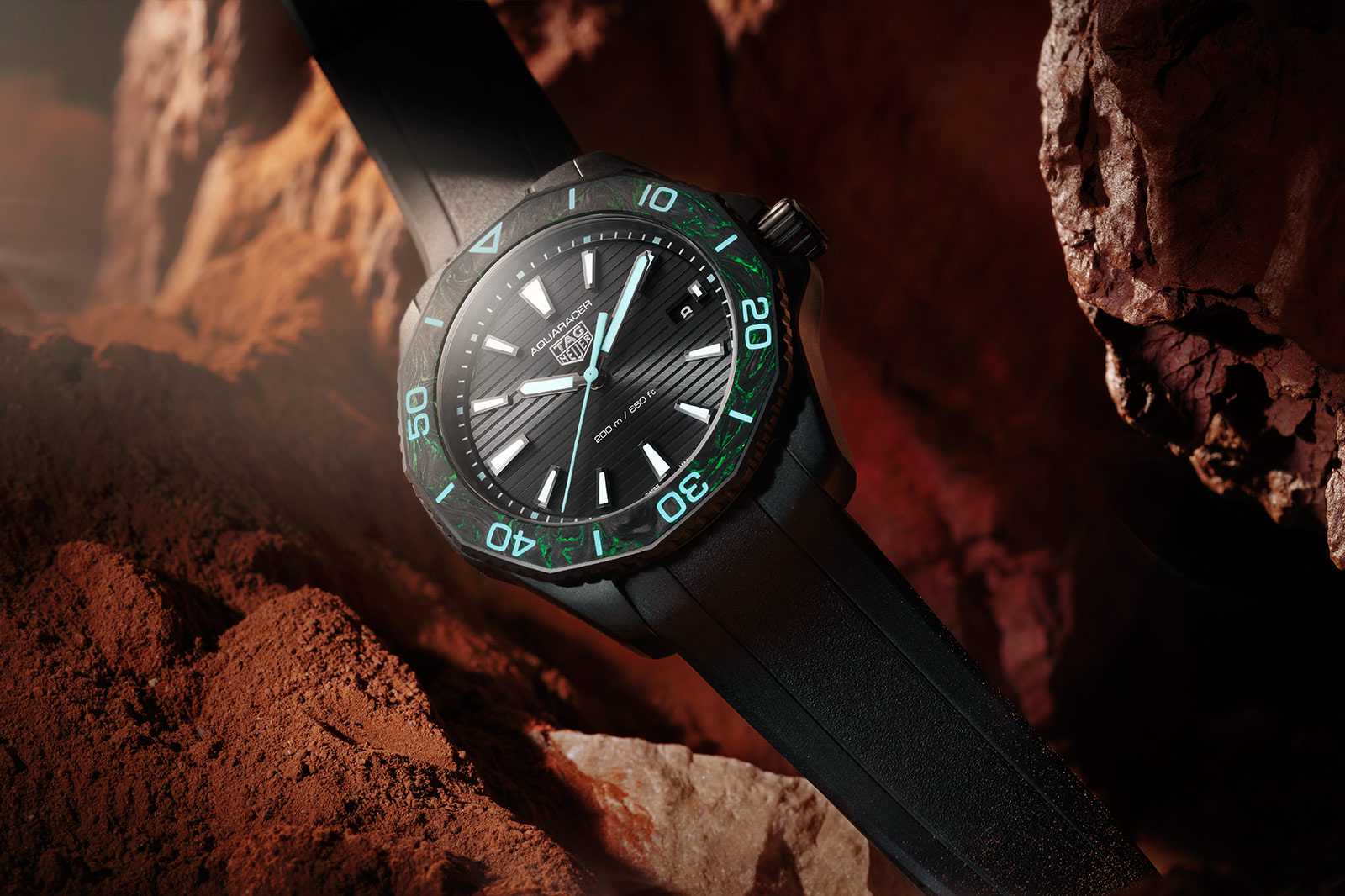 The final Aquaracer being released for Watches & Wonders is the Professional 200 Solargraph. As a 200 model it’s the only new one that owes nothing to the 2021 releases. Instead, Tag Heuer have gone all out on the technical innovation. That means a new solar power operated quartz movement, the TH50-00.

This new movement operates by allowing sunlight to pass through the translucent dial and be stored as energy in the watch’s battery, through a mechanism called Solargraph. Two minutes of sun is enough to power the watch for an entire day and after 19-hours it has capacity to last for 6-months, eliminating the need to change the battery for up to 15 years as opposed to a regular quartz watch’s three. TH50-00 was developed in collaboration with La Joux Perret and is produced by them exclusively for Tag Heuer. 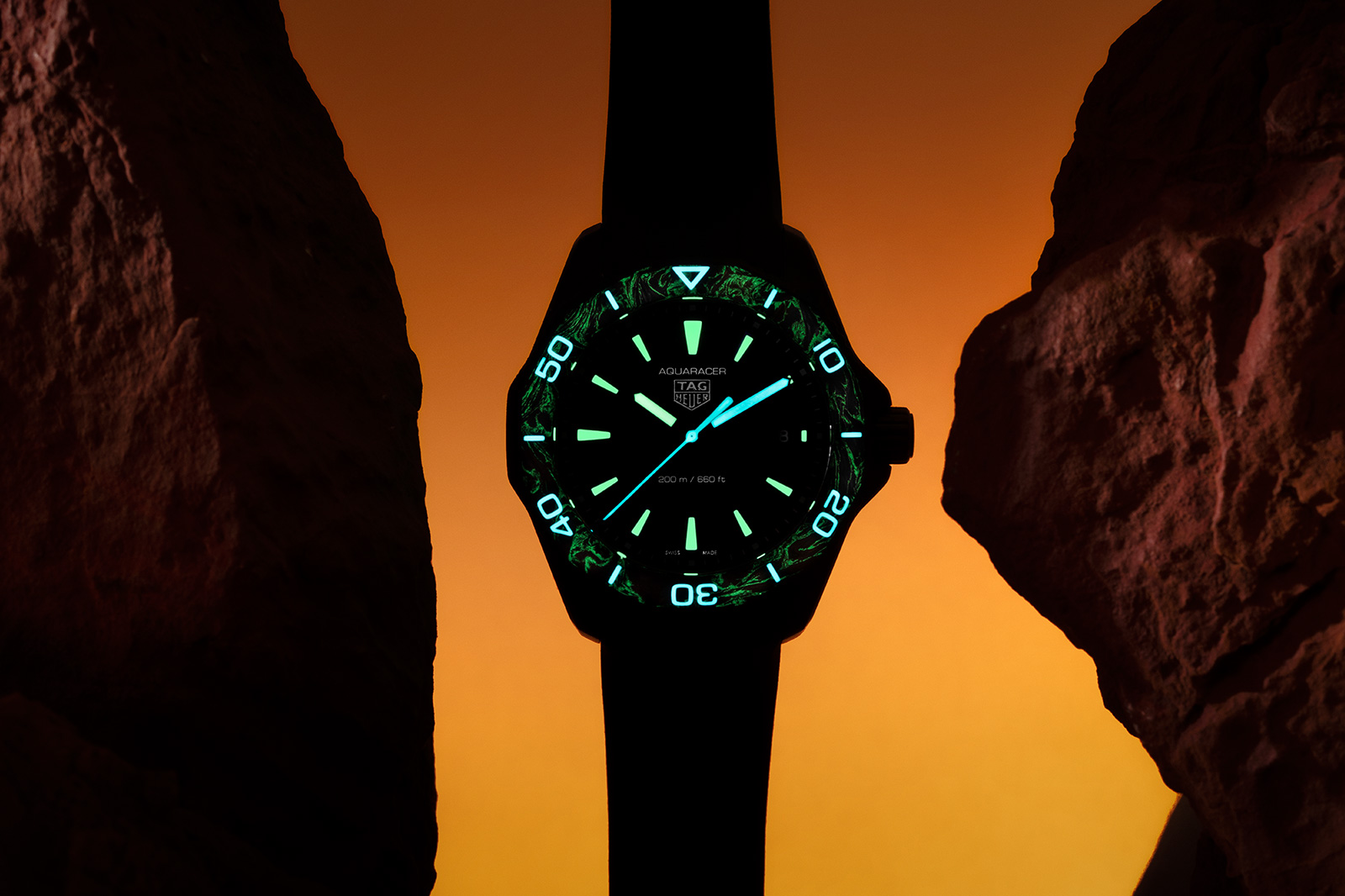 It is worth noting that while this technology is new to Tag Heuer, other brands have already been exploring this concept. Most notably the Seiko Astron Solar and Cartier Tank Must SolarBeat.

Aside from this landmark innovation, the 200 Solargraph is also a visually striking timepiece. Not least for its bezel which has a SuperLuminova insert with a DLC coating that allows some of the green lume to shine through in a pattern unique to each watch. That DLC and green lume combination dominates the design everywhere else as well. The case is DLC coated and the dial is translucent black while the hour markers, central hands and bezel scale are lumed blue or green. 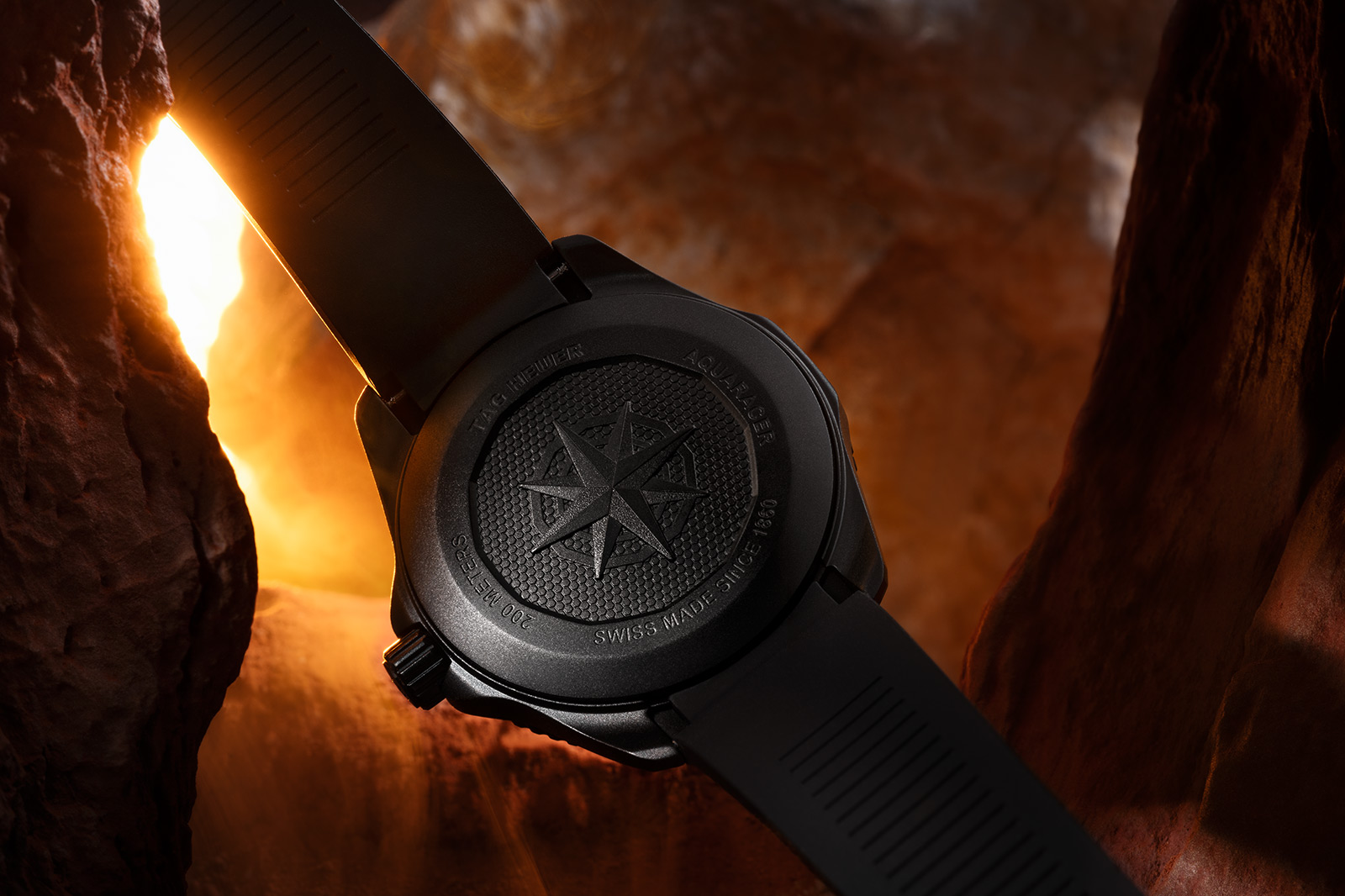 It’s arguably the most unique Aquaracer in the entire collection, literally no other watch in the range has the same capabilities as the 200 Solargraph. So, whether you want a practical quartz variant or a unique novelty it’s one to be on the lookout for when it becomes available in October.