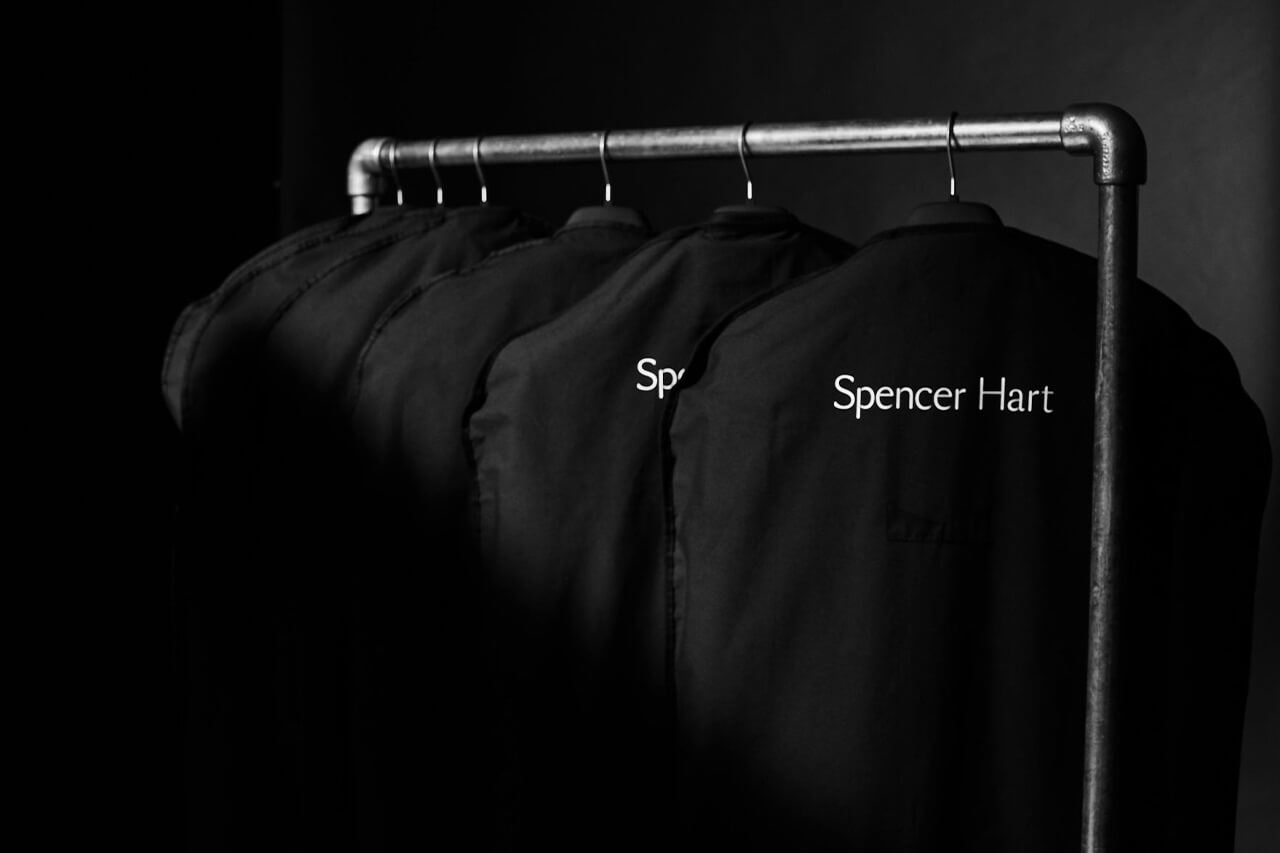 My interview with designer Nick Hart starts in a rather odd way – with a question from the interviewee: “Do you think the Spencer Hart aesthetic is relevant in today’s world,” Hart asks me earnestly at the other end of a crackly mobile-to-mobile line, “or do you think the world has moved on?”

I have admired Hart’s Spencer Hart label since I got into the menswear scene just under a decade ago, and I’m certainly not the only one. Since he set up his partially-eponymous brand in 2008, a plethora of notable names have been seen sporting his designs, from Matthew McConnaughey to Chiwetel Ejiofor and Benedict Cumberbatch. 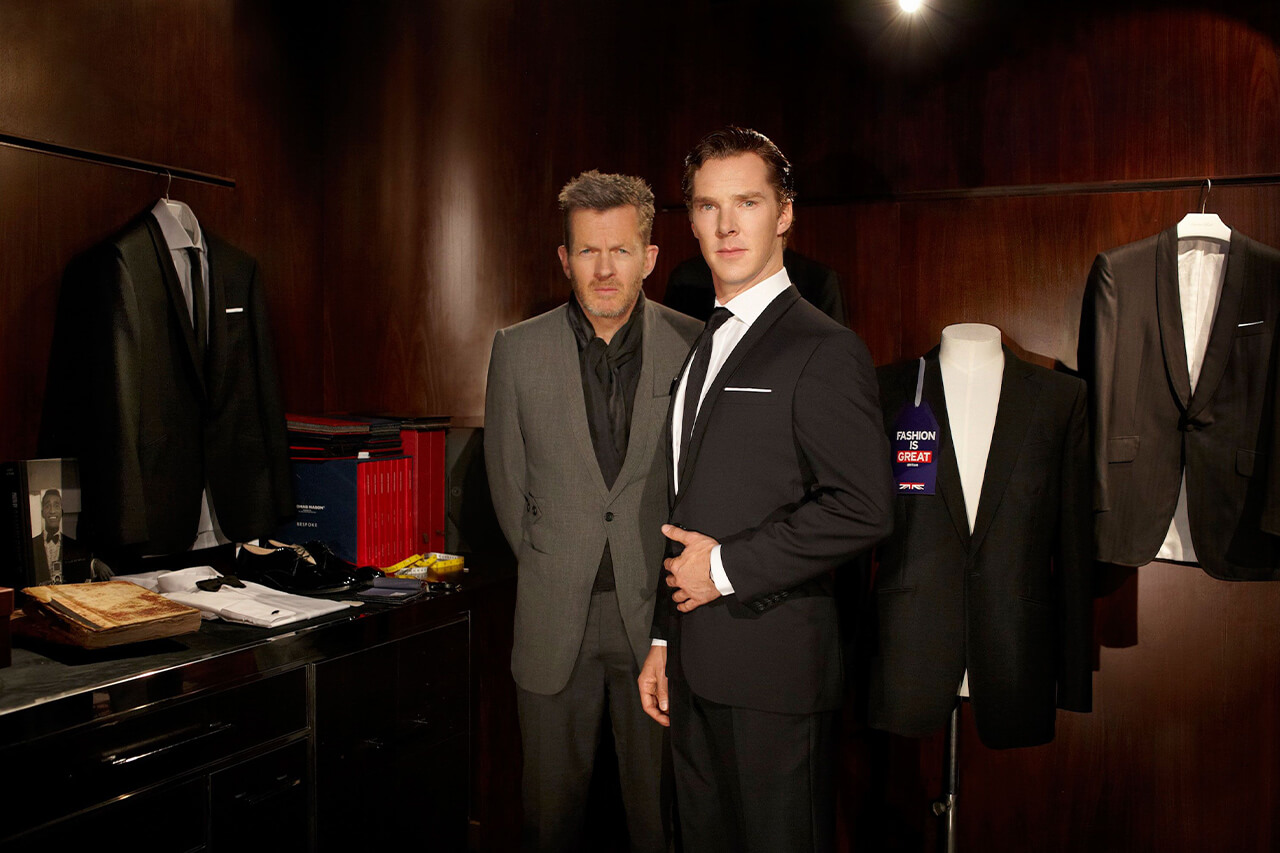 In recent years though, the brand has undergone quite a transformation. Once famous for its glitzy fashion shows and sexy, high-profile ready-to-wear stores on Savile Row and Brook Street in Mayfair, Spencer Hart was relaunched in 2018 as Wardrobe by Spencer Hart: an exclusive, appointment only, made-to-measure service where men can have their entire closet designed to order by Hart himself.

However, while the business changed, what stayed the same was Hart’s vibe. Sure, it’s relaxed a little at the seams (in its former life it was famous for its suits and tuxes on the red carpet), but the designer’s sleek minimalism is still there. Both, I say to Hart, are still completely relevant to life today, especially as we head towards what many economists predict will be the worst recession since the Great Depression – in fact, that’s exactly the reason I wanted to speak to him. 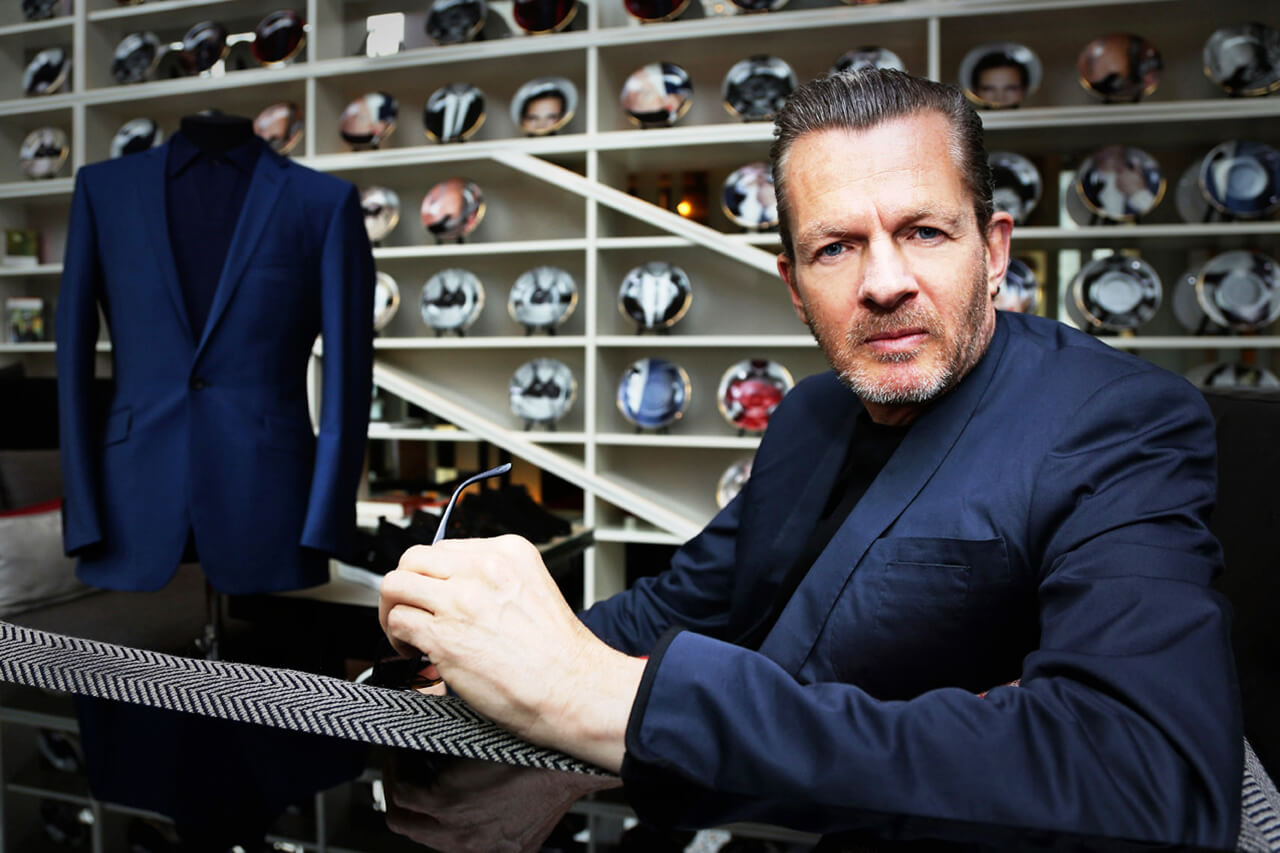 In times of economic unrest, men don’t stop wanting to look their best; quite the opposite. Uncertainty in the job market is often a catalyst in men actively rethinking how they present themselves to the world. We last saw it in 2008, when the global financial crash spurred a new interest in Savile Row tailoring from a younger generation.

As graduates entered an increasingly desperate job market, men began to dress in a way that projected professionalism, and that spilled over into their personal lives: three-piece suits and ties became as de rigueur at bars on a Friday night as at the office, and the ever-jazzy pocket square became a ubiquitous accessory. 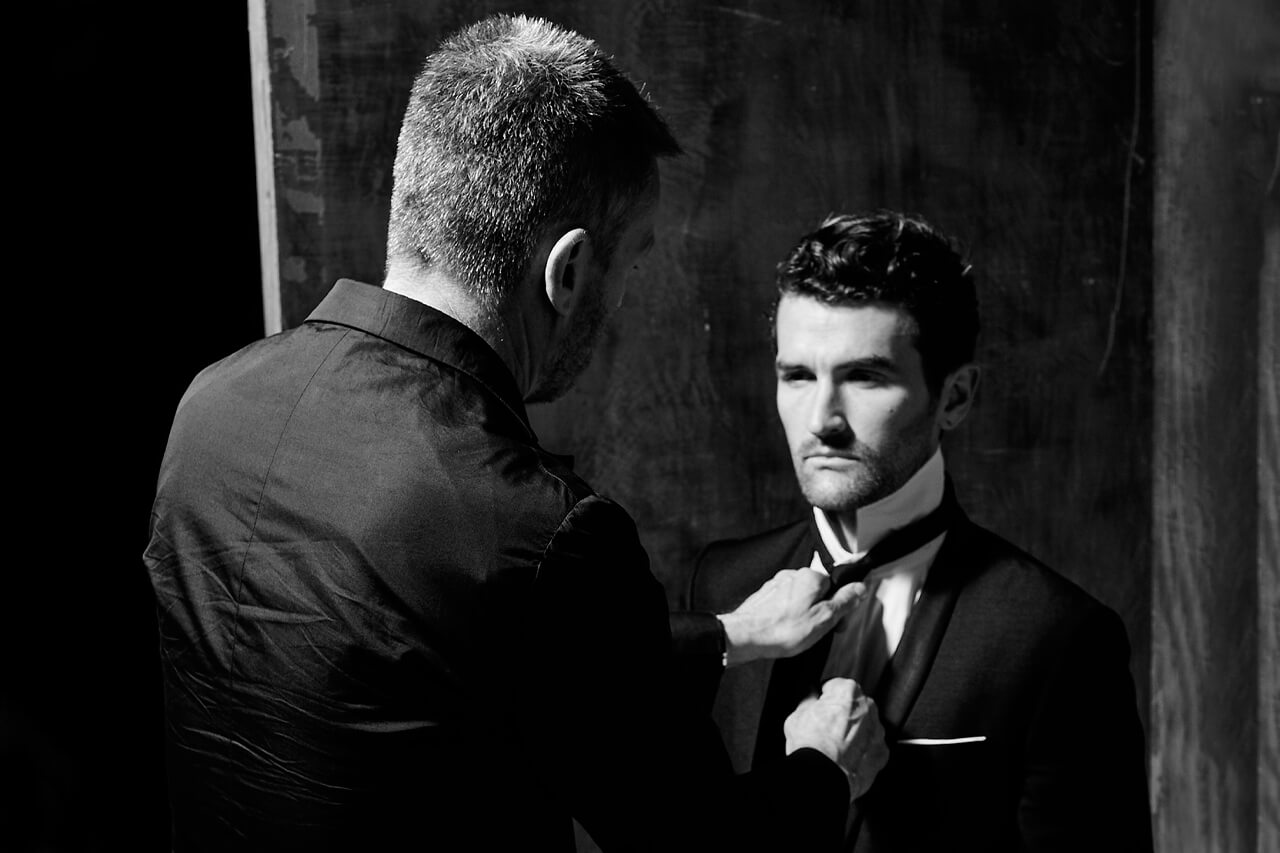 As we face the prospect of a post-pandemic recession that many economists predict will be far more intense than 2008, it’s not too much of a stretch to suggest that men will re-consider the current trend for sportswear in a similar way. However, unlike 2008, we’re also facing the final breakdown in the distinction between work and play wardrobes for men due to a long-term push for flexible working and short-term social distancing guidelines.

Men will want to look confident and professional, but without a pressing need for suits and ties on Zoom calls, many will need guidance in how to still look smart, but not overdressed, in this brave new – socially distanced – world. 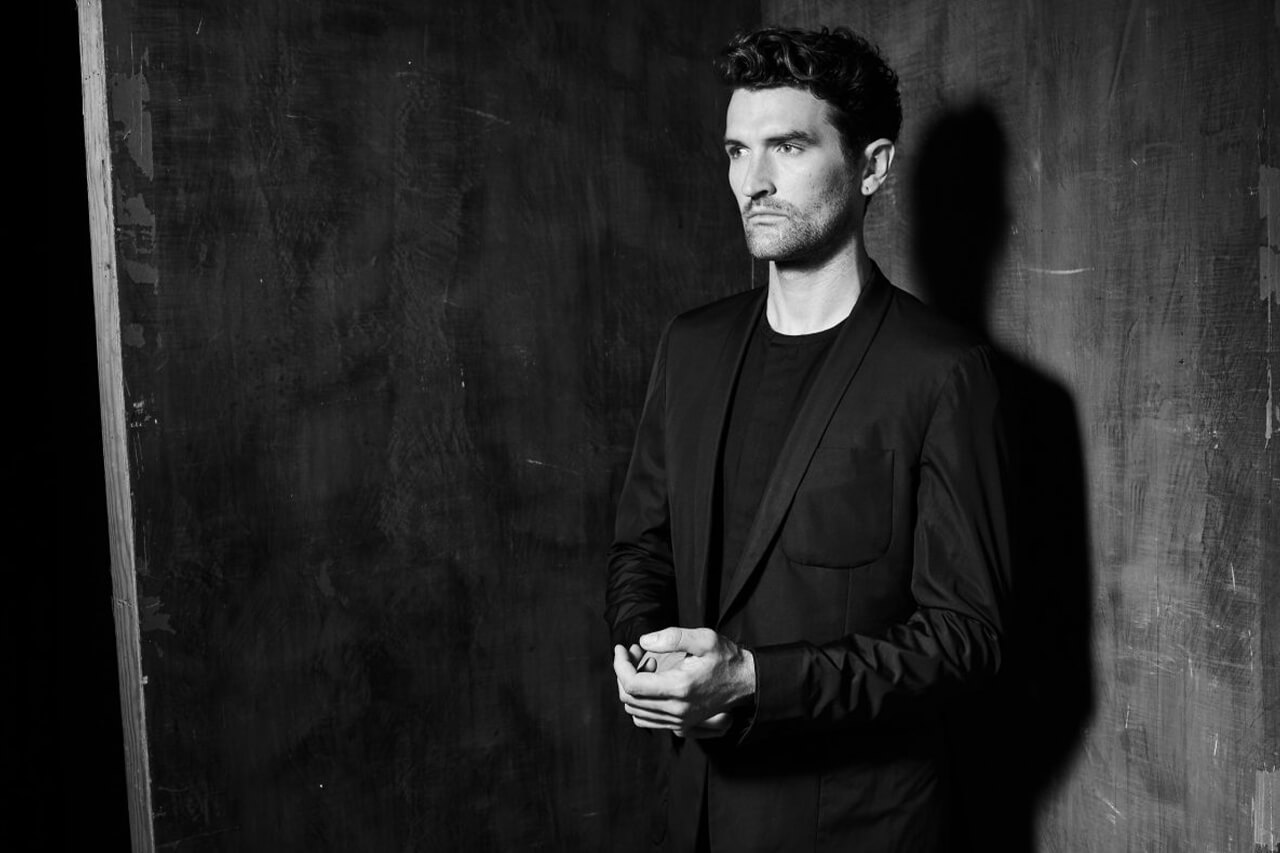 Where Hart’s truly futureproofed his business though is in embracing the fact that, while men want to look good, what will truly persuade them to spend their money is that The Wardrobe removes one crucial element from their morning routine: stress.

Over a series of appointments, Hart gives you the chance to start over with your entire clothing selection, crafting for you a selection of pieces that not only work interchangeably, but are exactly tailored to both your body and your lifestyle. For many time-poor but- cash-rich men, that’s well worth the price tag of his service. 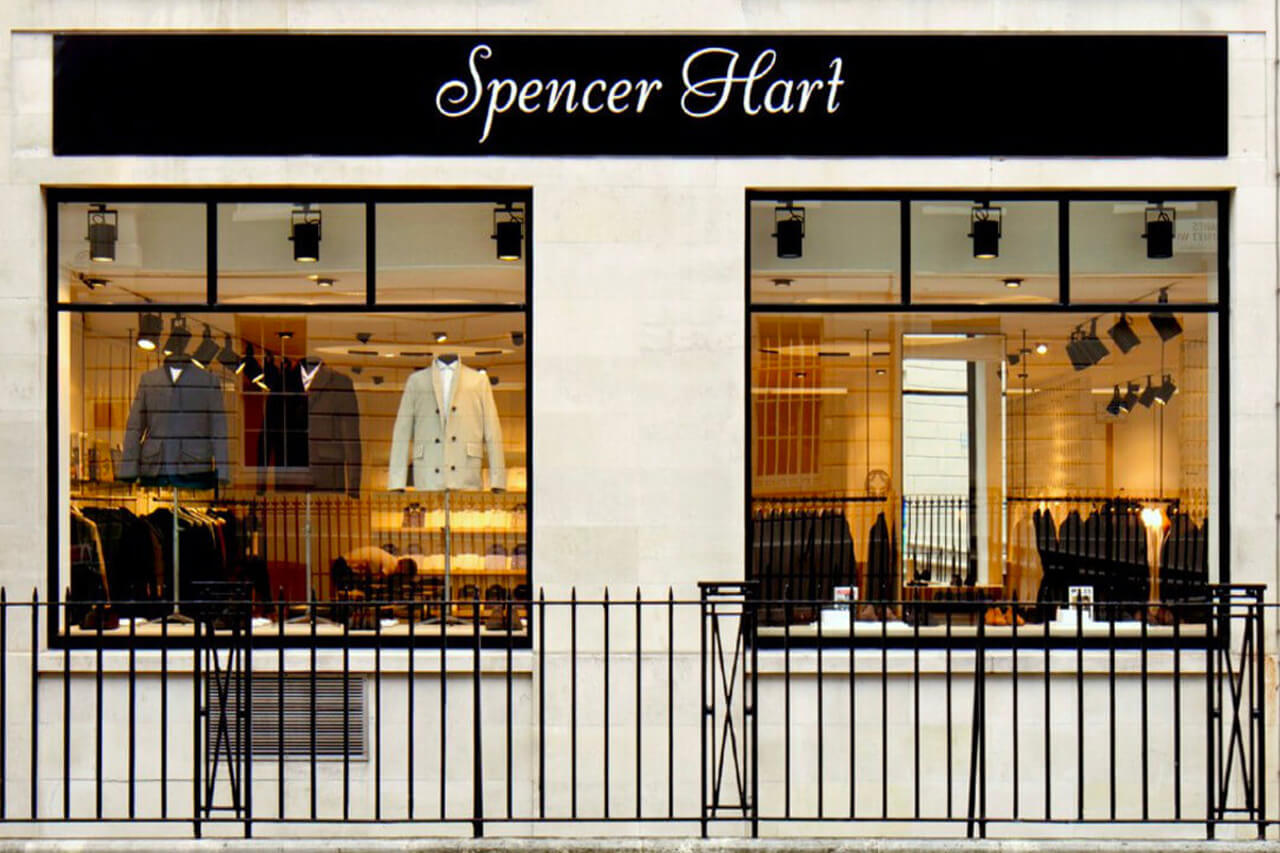 “Our job is to learn as fast as possible what a person is drawn to. Not just materials and textures, but also where they go, what they do, who they hang out with,” says Hart. “It’s about how people want to be perceived.”

This process is kick-started either with a member of the five-strong team visiting you wherever you wish or at the brand’s HQ on Queen Anne Street in Marylebone. Working together over a series of up to ten sessions, the pieces in your wardrobe are picked from a selection then created in your chosen fabrics and tailored to you. 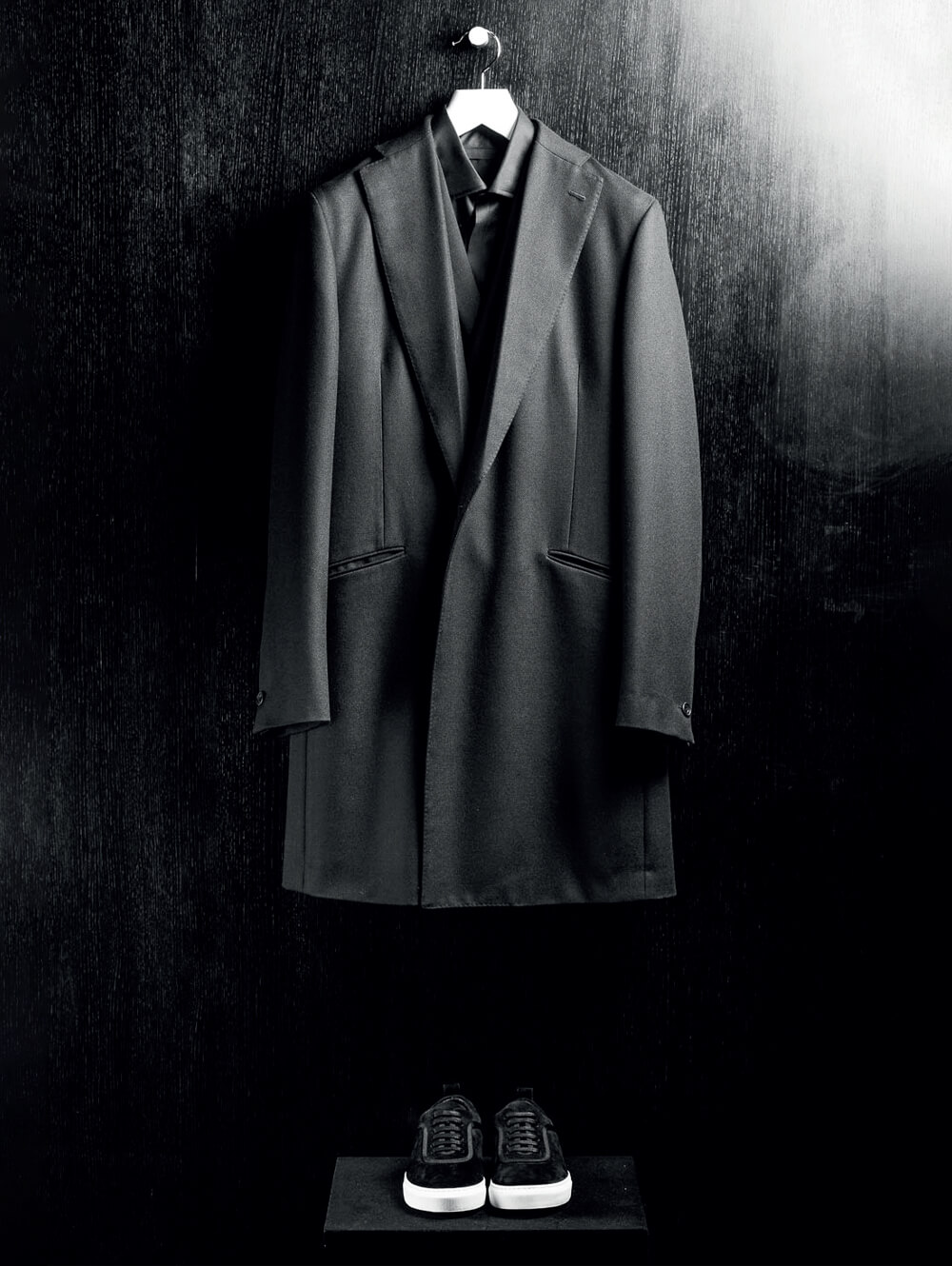 Needless to say, whether you’ve chosen two outfits or twelve, this initial collection can be added to from season to season and items repurchased as needed – your sizes and preferences are all on file so it can all be done with a quick email, if needed. 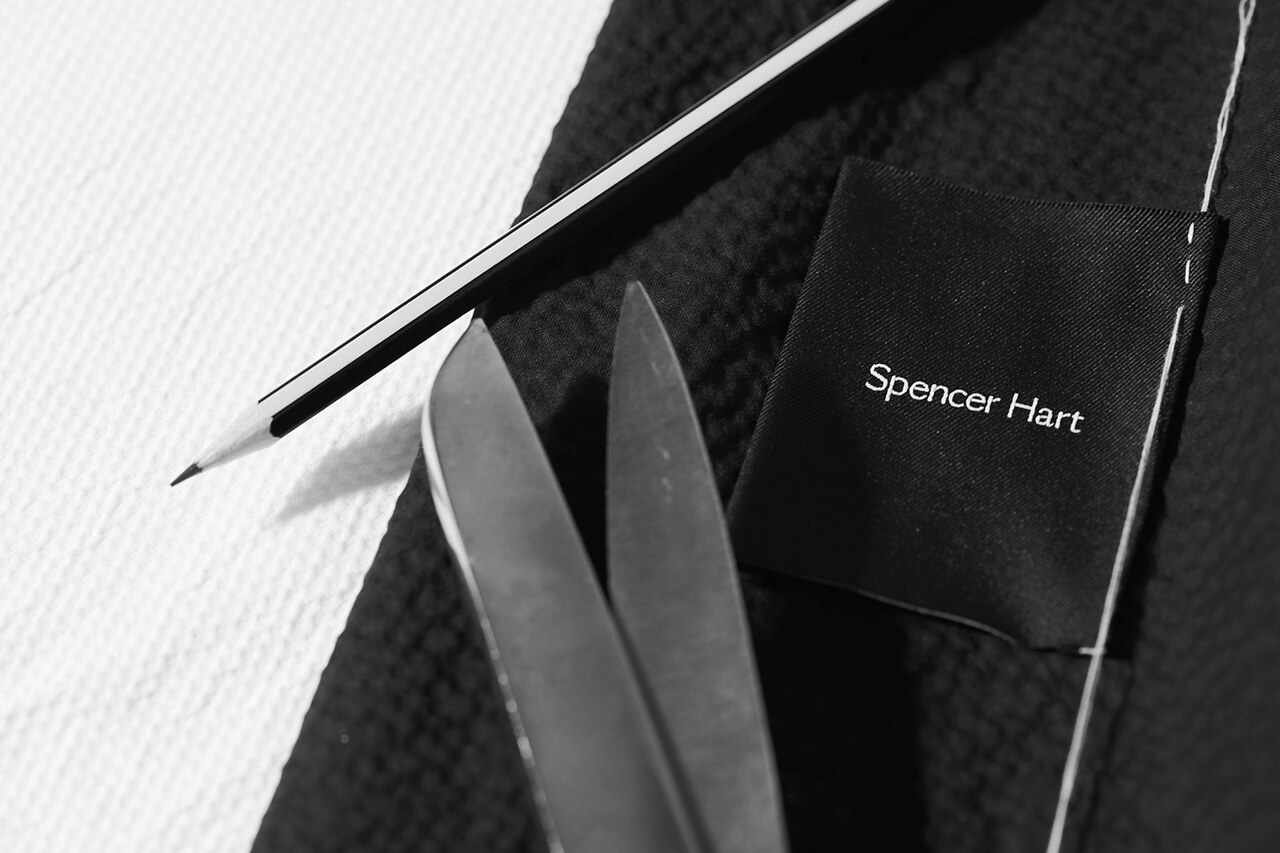 “When I first started Spencer Hart I was obsessed with the whole look – although I didn’t realise it at the time,” says Hart. “When we were doing ready-to-wear, we had lots of different fits for different body types, but on top of that we had certain collars and certain lapels that would work with those fits. It was all very subtle, but very thought about. What we found was that nearly everybody that we dressed over the years would wear the whole look from us because it was designed to work for them as an outfit. I think that’s what laid the groundwork for Wardrobe. We have always thought about how our items work together.”

I’d argue that this thought goes much farther back than this. Hart has been in the menswear world since he got his first job in a tailor’s when he was 13.

Working his way up from there via a market stall, he founded his first fashion company when he was 18 (importing pieces from Italy) and would go on to work with heavy hitting fashion houses such as Kenzo, Dior, Joseph, Jil Sander and Diesel before founding Spencer Hart in 2002 – a brand he named after his best friend, Spencer, who died when he was very young. It is this that ultimately still drives the look and feel of his label today. 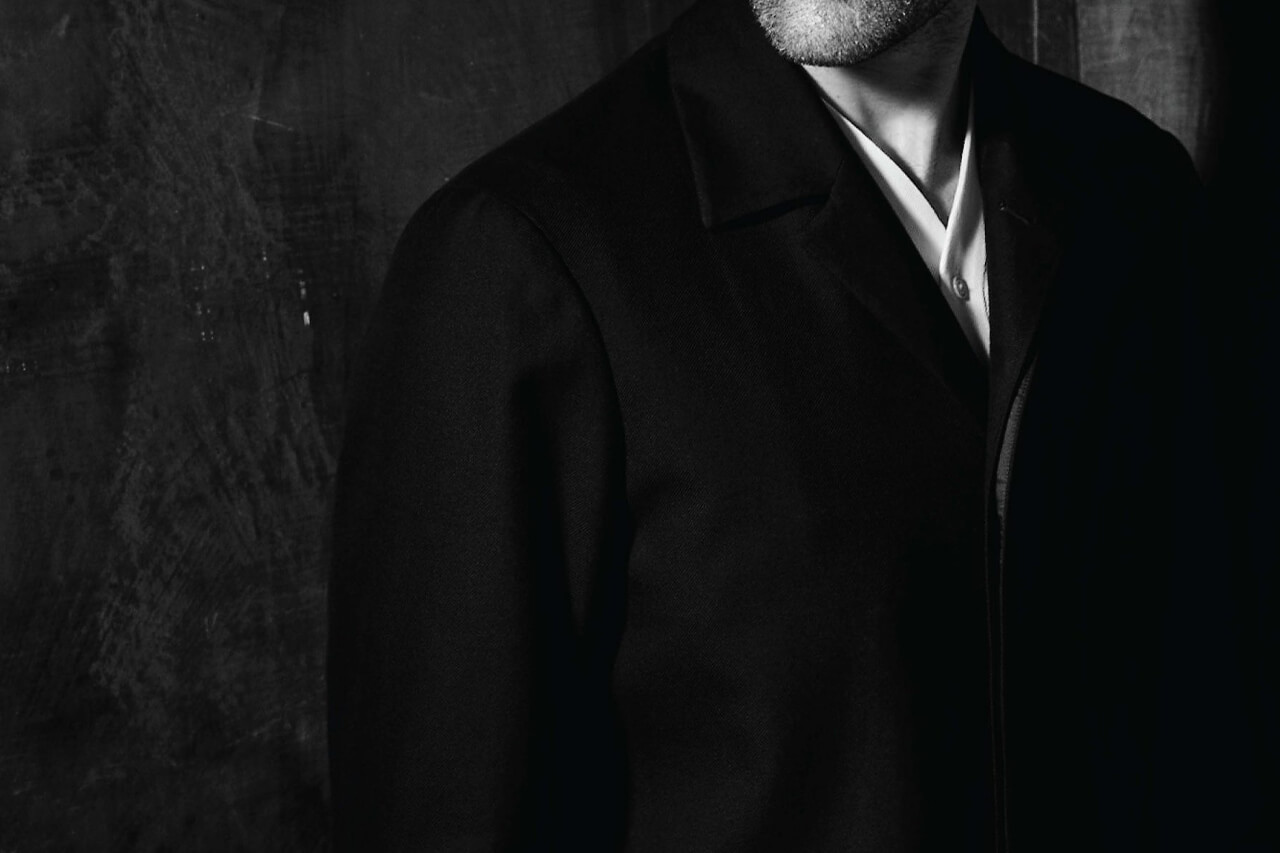 Spencer’s father had been a bebop musician from the East Indies (“he was very elegant, a very cool guy”), and he drove Hart’s love of jazz music as he grew up. “The thing about great jazz musicians is that they understand the rules, and know how to break them,” Hart says. “For me, as a designer, there are certain rules of aesthetics that I start with, but I then repeat and repeat – and that allows me to break those rules and develop and evolve. I think that’s similar for many designers who have a specific look.” 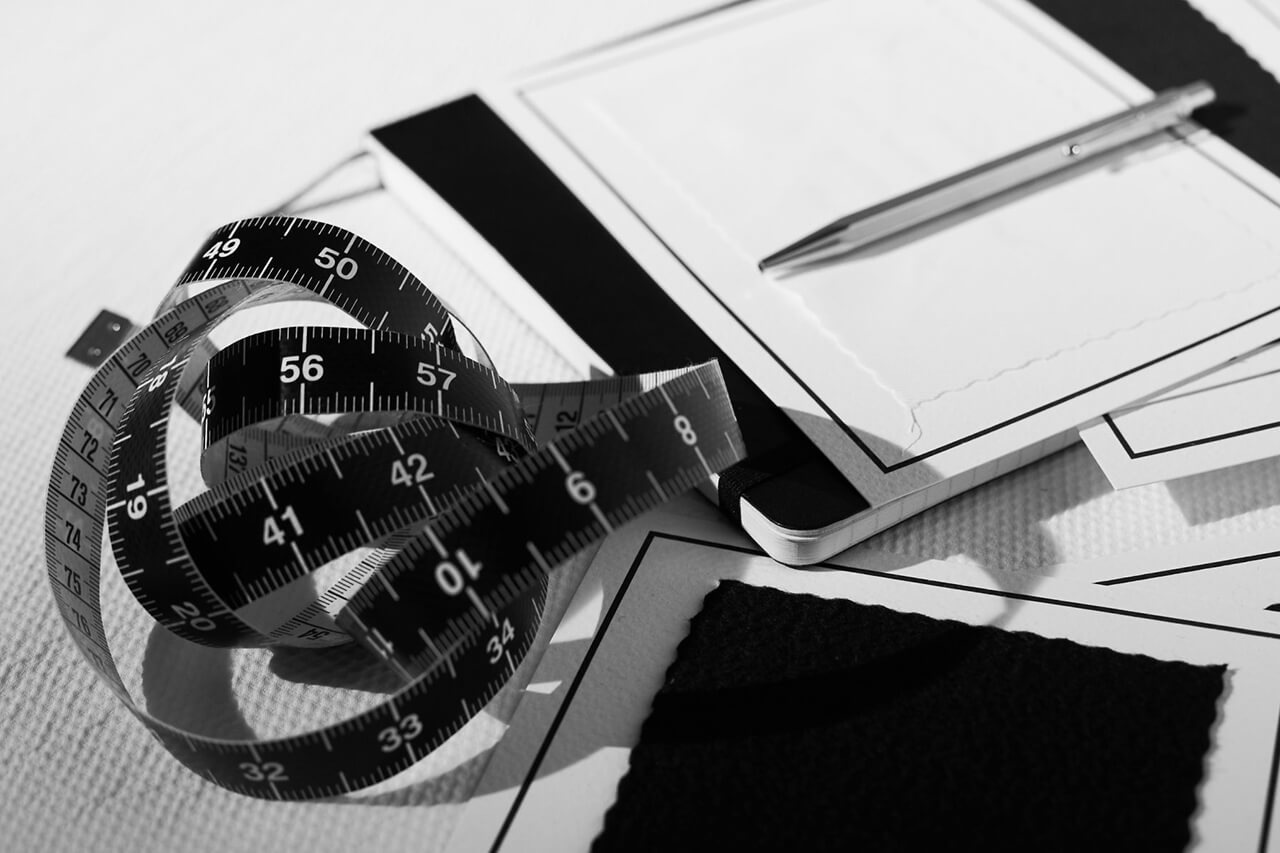 For Hart, that means monochromatic colours and paired-back pieces that just work effortlessly whatever the situation: navy moleskin trousers, a heavy linen blouson jacket or an overdyed casual blazer, a casual shirt with bellow pockets or a textured knit polo shirt. It’s clothing for the man who wants to tread the line between smart and casual and look effortlessly cool doing it.

It’s similar to what the Italians might call sprezzatura, a kind of studied carelessness in the way you’re dressed, but with black-and-white photos of musicians on the mood board rather than the men peacocking around Pitti Uomo with their ties artfully askew. “I like people like Miles Davies, John Coltrane, Dennis Hopper, Andy Warhol, David Bowie in his Thin White Duke era,” says Hart. “It’s that kind of world.” 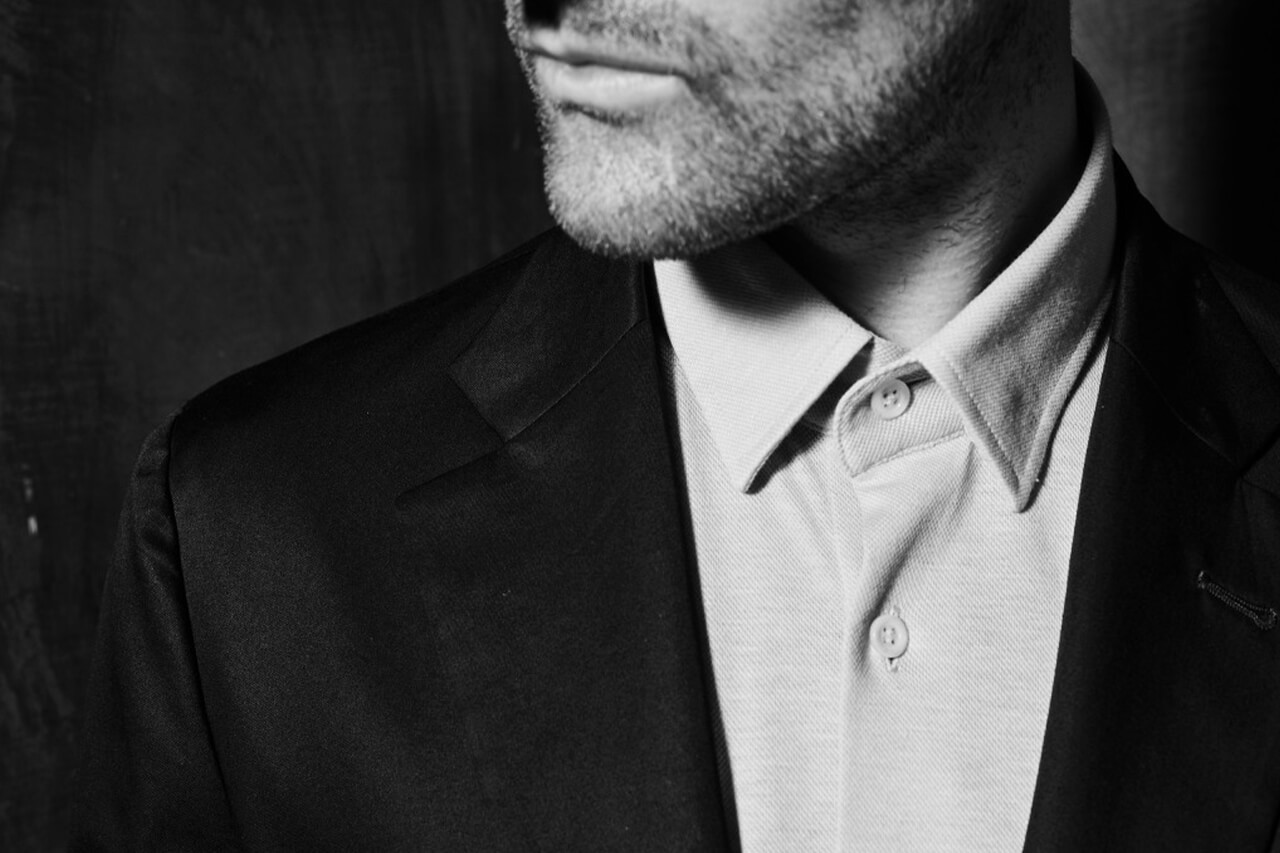 I think it’s a world man will be ready to embrace in a post-pandemic landscape. It’s also, clearly, something that Hart believes in.

Following the success of Wardrobe, Hart tells me he’s getting back into the ready-to-wear game in October with the launch of a new label, Outfit NRH (his initials), which will offer a curated collation of coordinating men’s pieces direct for purchase from a dedicated site. The collection is set to be around 90-percent black, but he will also offer pieces made to order in different colours and fabrics if that’s not your taste. 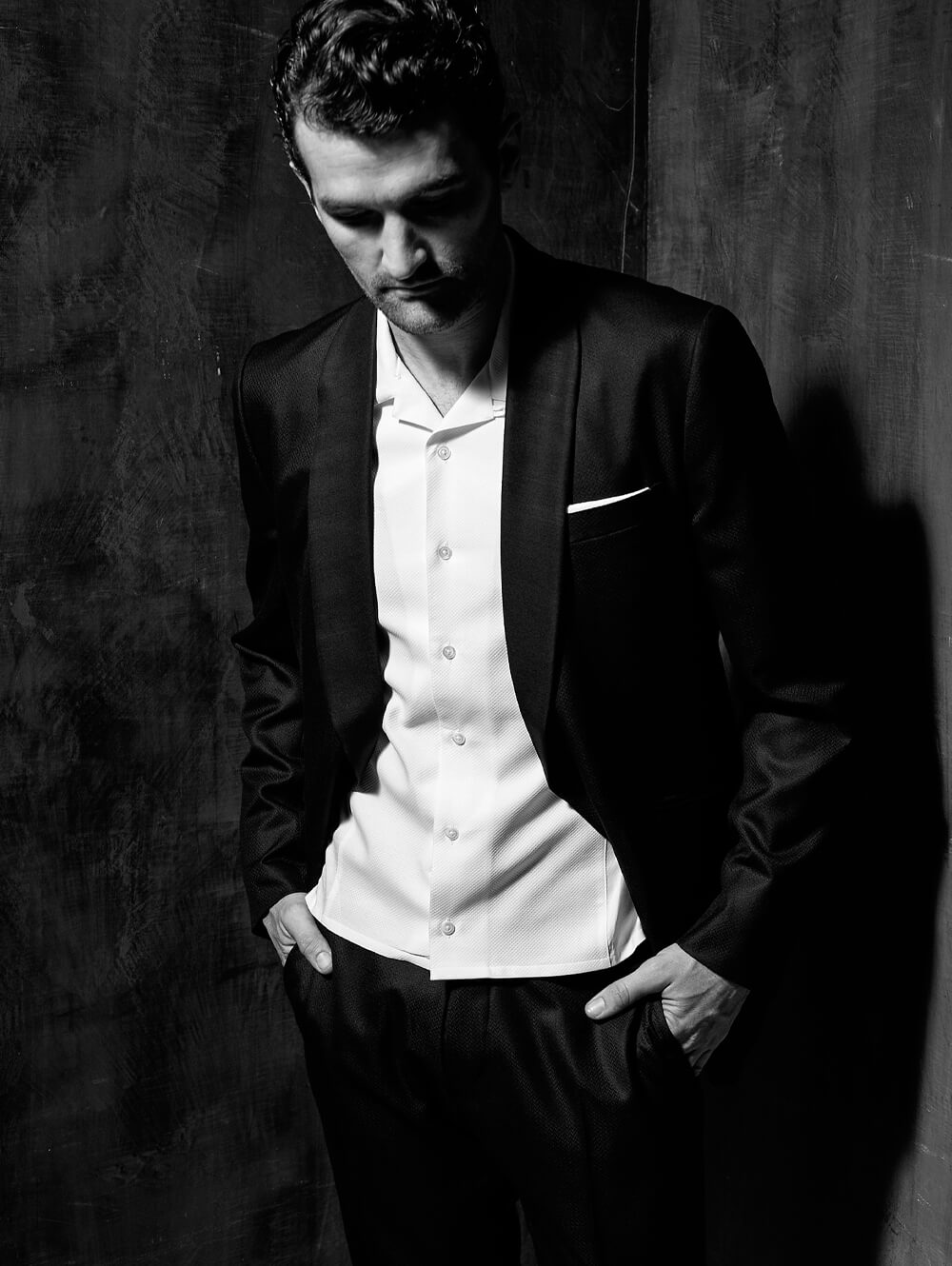 The initial concept of this came to Hart during the darkest days of the initial lockdown, when he was inspired to enable men to dress in a smarter, more straightforward way without having to think too much about putting an outfit together. And if both eventually lead to a world where men are more confident and less stressed out, then I’m in full support.