Style Watch: Are We Due a Preppy Style Revival? - Oracle Time

Starting in 2007, the global financial crisis rippled out from its epicentre in the United States, crashing financial institutions and economies across the world. Mass unemployment followed, as the world lurched towards the most severe economic recession since the Great Depression in the 1930s. However, at the same time, a new cultural moment also emerged in the US: a new generation of younger men began to blog about American heritage brands on new web platforms like Tumblr and WordPress.

Known as the “#menswear” movement, it reflected a change in men’s fashion that moved away from the big, brash sportswear of the late Nineties towards preppiness – a way of dressing that was born out of the elite prep schools and university campuses of East Coast America in the early half of the twentieth century. 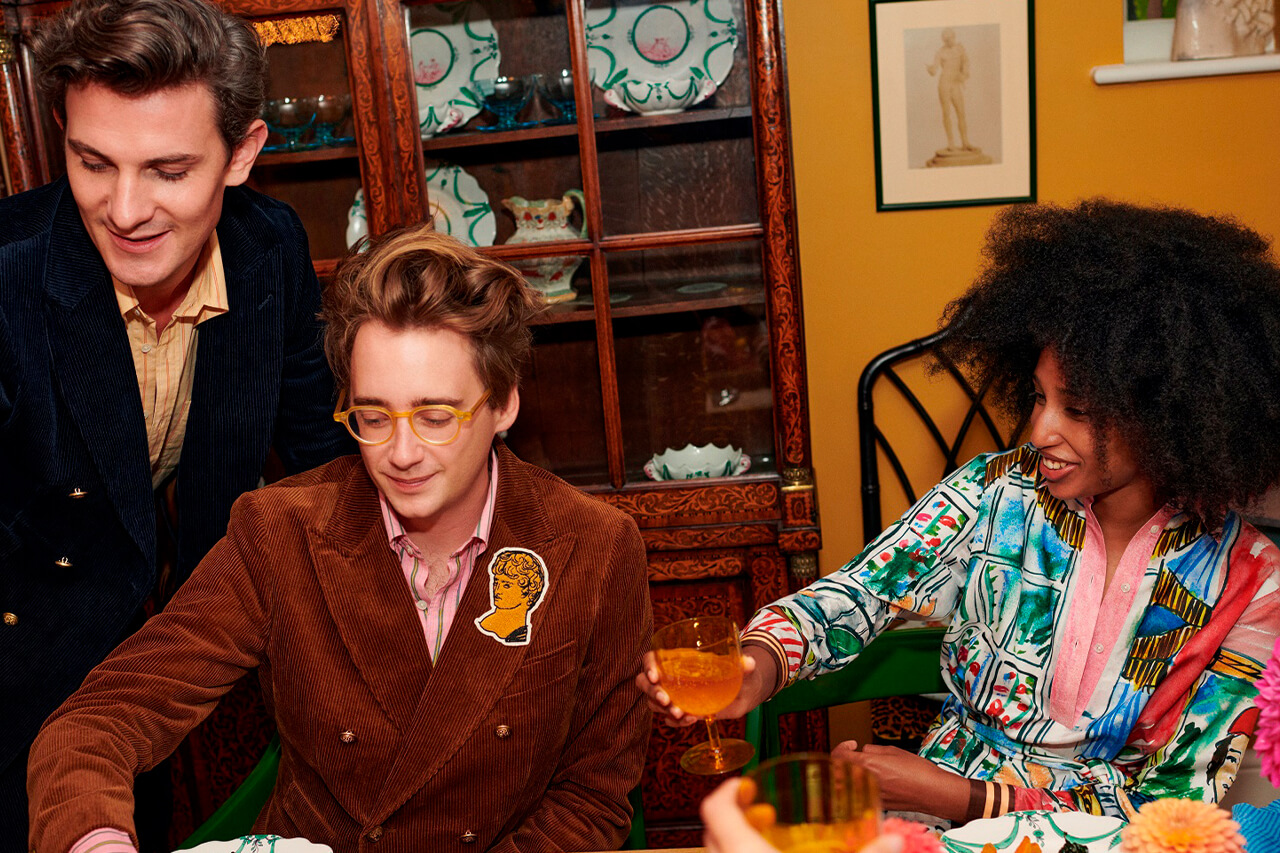 Defined by items like penny loafers, varsity jackets, and navy blazers worn with chinos, it’s collegiate vibe epitomised by US brands like J Crew, Brooks Brothers and Ralph Lauren. As this menswear craze kicked off online, it spread over to our side of the Atlantic causing a renewed interest in Savile Row with a younger crowd. On the high street, sales of white shirts and suits surged at Marks & Spencer and jazzy pocket squares became essential accessories for guys going out on a Friday night. Ten years later, there are still many aspects of our current situation that feel very similar.

“At times of economic downturn, high unemployment, and an uncertain future, not only do we adopt a far more traditional and formal approach to what we wear, but we also look for that in those with whom we want to do business,” says Andrew Goves, Professor of Fashion Design at the University of Westminster, when I ask him why tailoring tends to become more popular with men during times of economic instability and uncertainty.

“The suit, depending on its cut and style, allows the wearer to adopt the role of someone that is considered business-like, reliable, trustworthy, respectful, dutiful, and professional.” 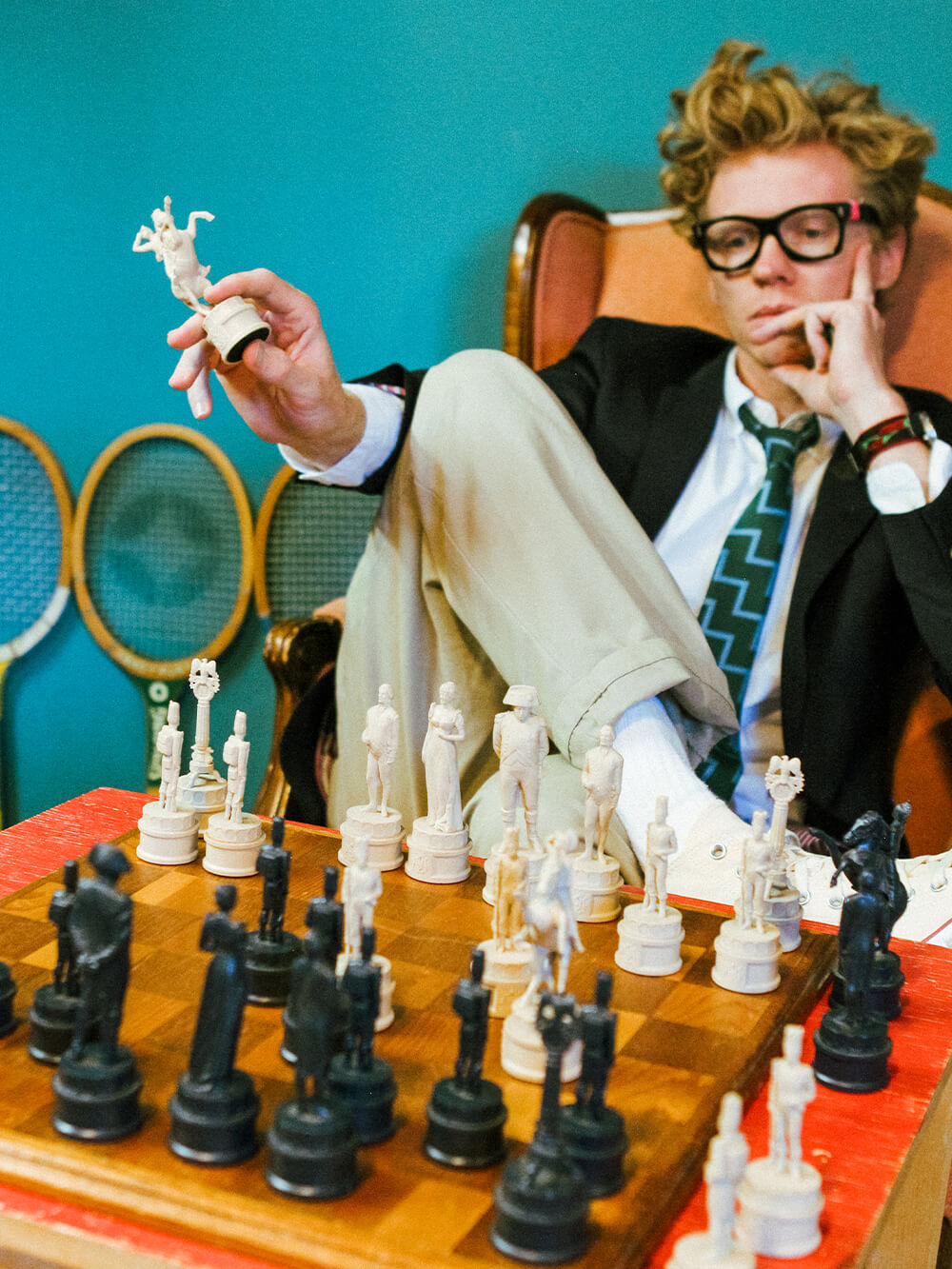 Of course, the difference with this recession is that the need to dress up for doing business has changed because its cause – a pandemic – has kept us in our homes and forced many workplaces to close. And yet, like many recessions before, we are still seeing the key items associated with preppiness filter back into the menswear mainstream, even into streetwear. Why is this? At its heart is the idea of mixing everything up.

Sure the items may be traditional and formal, but the joy of preppy dressing is that it’s meant to be laid back – it’s about playing with items that are youthful despite being traditional: things like rugby shirts, bold collegiate graphics and cricket sweaters that we wore at school. Take a look at the pages of Take Ivy, a photobook by Japanese photographer Teruyoshi Hayashida.

Published in the 1960s, it has become a bible for those obsessed with Ivy League style as it documented the sartorial sensibilities of a generation of preppy dressers in their natural habitat on the campuses of mid-century Ivy League colleges. The men Hayashida captured wear loafers with white sport socks and madras check shorts, loose wool blazers with jeans, business shirts under school sweaters. It’s smart, but slouchy. 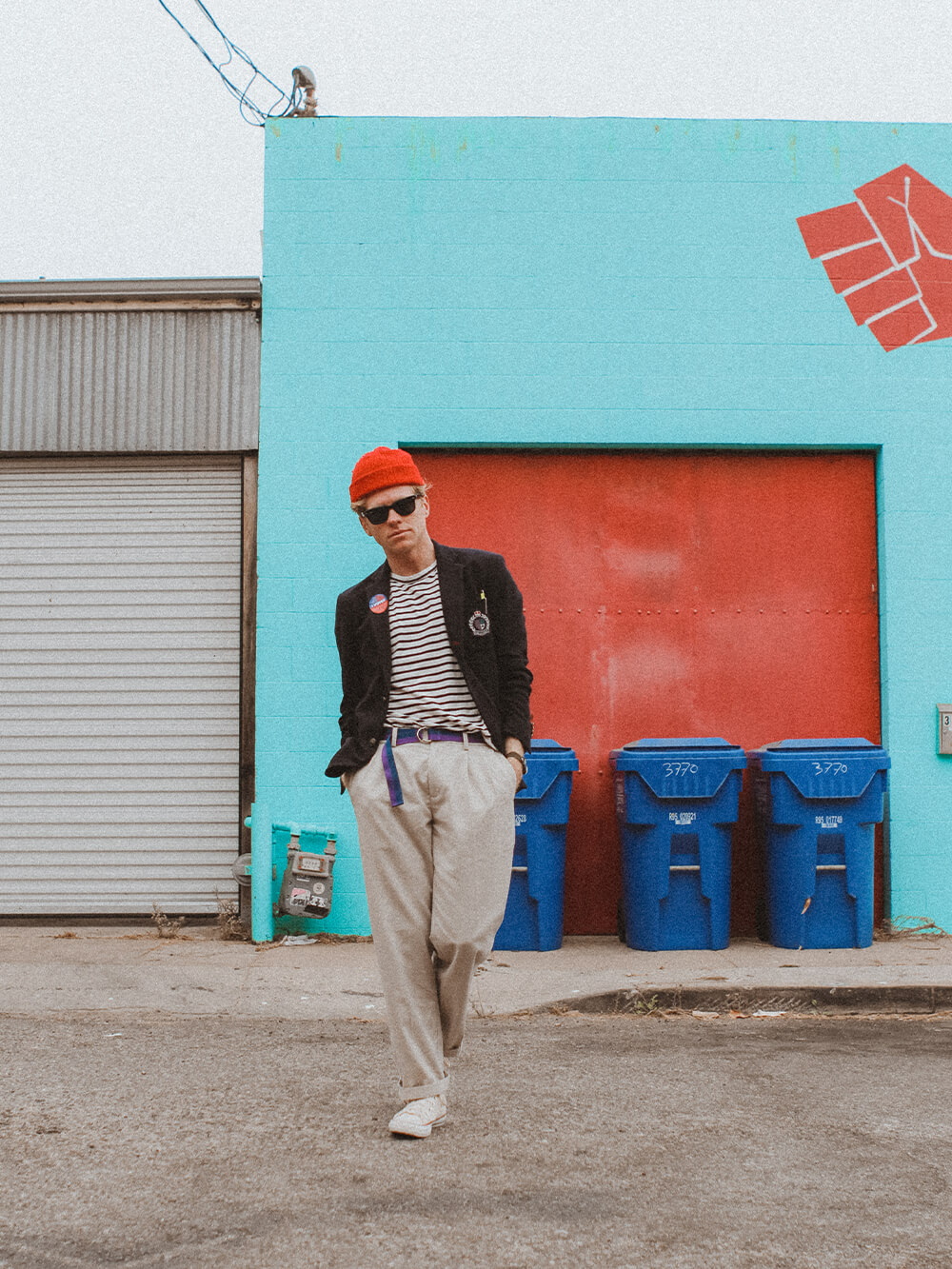 In today’s terms, it would be appropriate on a Zoom call with your boss, but still be comfortable to type in at your dining table all day – unlike a suit. Fashion is, of course, cyclical and the grass roots of tailoring coming back to prominence were showing through on the catwalks before we’d heard of Coronavirus.

However, the interesting thing is that, unlike the early 2010s where the menswear pendulum swung fully to formalwear (all tux jackets and tie pins), this time the presence of the pandemic has stopped the pendulum mid-swing. “There was a surge of more tailored and dressy looks coming, but as Corona hit, the sudden need for a more casual, jerseybased wardrobe kind of put a hold on it,” says Christopher Bastin, creative director of Gant, a Swedish brand whose history is closely intertwined with preppy East Coast clothing.

“We’ll see what happens”. When it comes to predicting these things, Bastin is a good man to ask. After starting at the brand designing shirts, in 2009 he was promoted to being launch creative director of a new diffusion line, Gant Rugger, a younger, Ivy Leagueinspired sub-brand that enjoyed instant popularity among #menswear aficionados in the early 2010s. 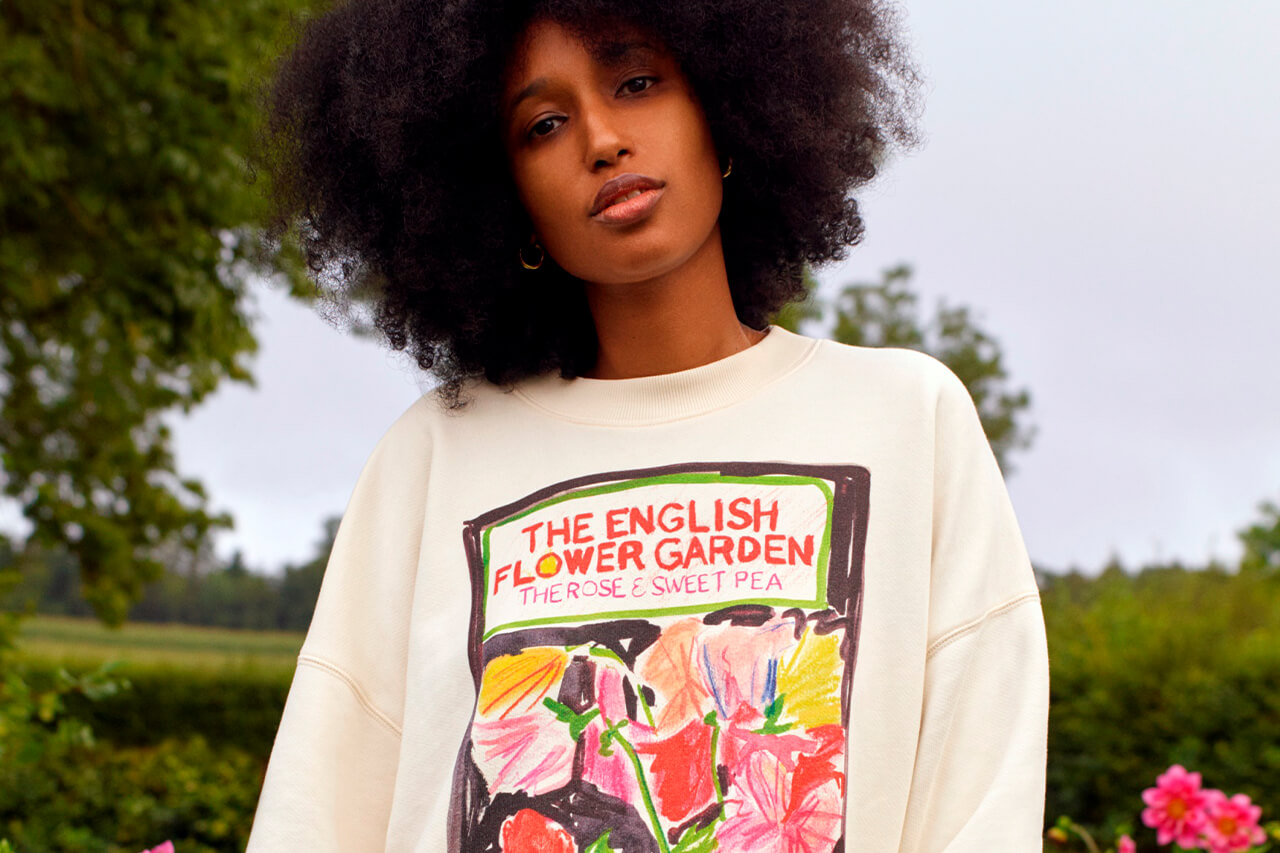 When this line was folded in 2015, Bastin departed shortly afterwards. Now he’s returned to helm the direction of the entire Gant brand. His first big collab is with one of Britain’s current Instagram style icons, artist Luke Edward Hall – a man who has become almost as famous on Instagram for his wardrobe of louche checked tailoring and cable-knit jumpers as he is for his whimsical, colourful line drawings.

“Luke has such a personal way of putting himself together, putting preppy pieces together with traditional British items that lend his look a real modern dandy vibe,” says Bastin. “He dresses the way he paints, it’s effortlessly cool with a lot of beautiful colours – and that’s exactly how I want Gant to look.” 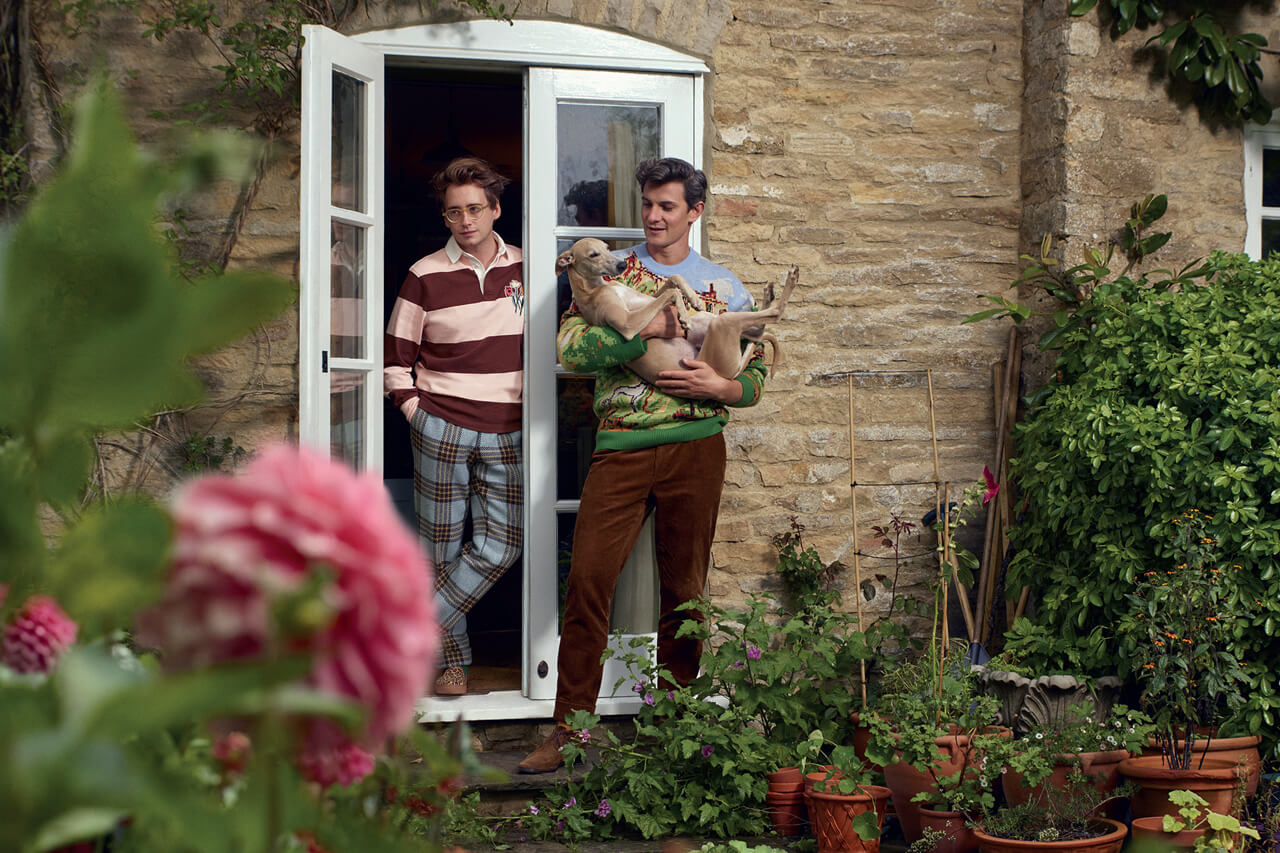 What’s notable is that, while the elements of prep are there in the way Edward Hall dresses, he’s not what you’d think of as preppy. Given the seal of approval by a brand like Gant, this collaboration is indicative of an evolution of the preppy look. Blending dandyness with heritage, it’s a new twist that’s colourful and more relaxed – and increasingly seen with the bold colour choices of knitwear at brands like Drake’s, or eye-popping rugby shirts at Rowing Blazers.

Prep 2.0 has graduated from those East Coast campuses and headed to art school. It’s a rainbow-tipped cricket jumper over a trad button-down Oxford, a blazer over an Adidas tracksuit, a denim jacket over your silk PJs and a pair of Vans. “The appeal of tailoring is not only about the past but about the present,” says Frederick Castleberry, the owner of Wes Anderson-vibing, New York-based tailoring house FE Castleberry. “I am infinitely curious about how tailored clothing argues its relevance each year. The recent appeal for me is continually exploring ways in marrying it with touches of streetwear and punk. It’s about that mix.” 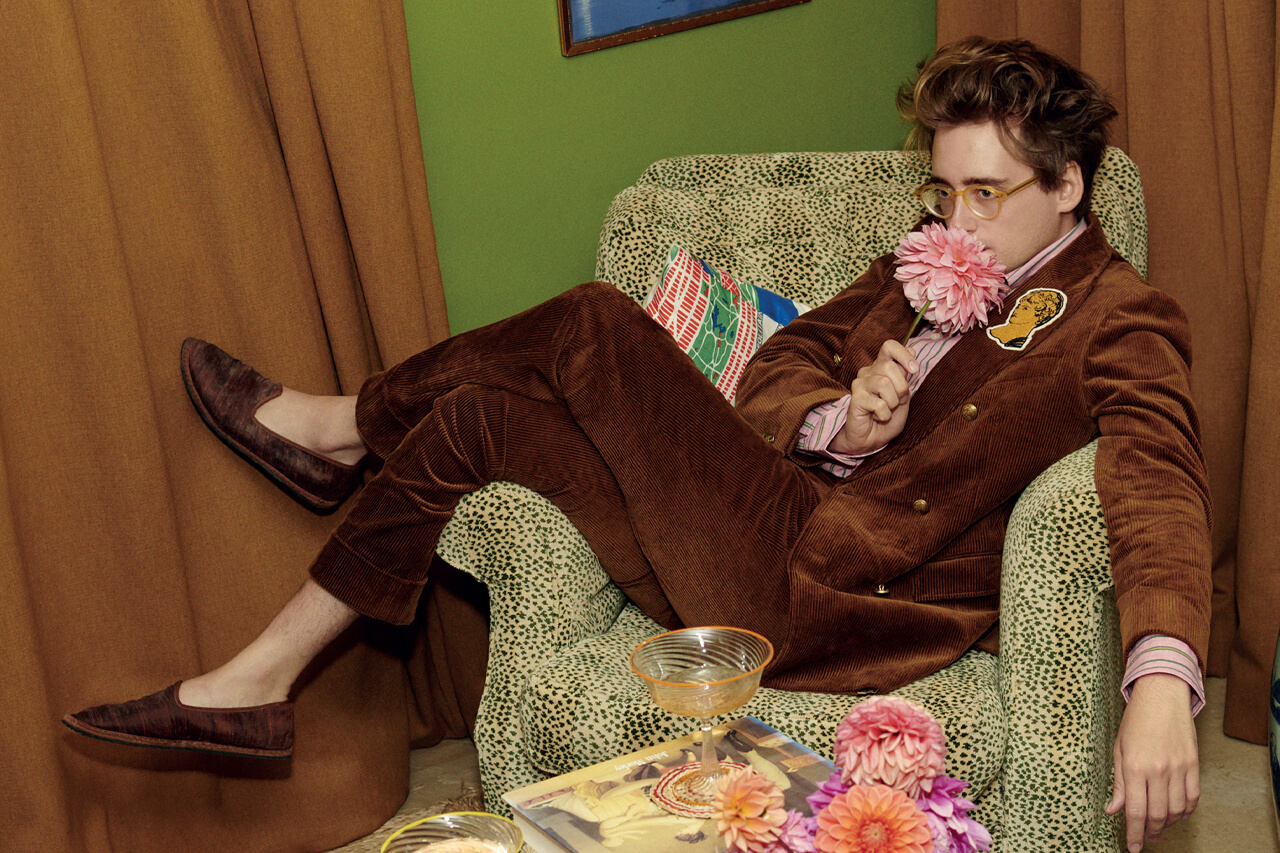 However, Castleberry theorises that, while tailoring will rise in popularity once again much like it did after the economic recession in the early 2010s, this time the vibe will be considerably more relaxed. That’s in part down to the global pandemic and more of us seeking appropriate attire for an increasingly work from home world, but it’s also endemic of historic evolution of what we wear as we move forwards.

“Post pandemic, subtle branding has more of a shot of resurfacing than formal dressing,” he says. “Time has shown over the last 200 years that, as a country, we are simply dressing more and more casual each year. That’s not changing. After a recession, we do tend to gravitate back towards our own unique American style of preppy sportswear.” So, if you want to get ahead of the clothing curve, where to start? For that, there are few better people to ask than Chet Cannon. 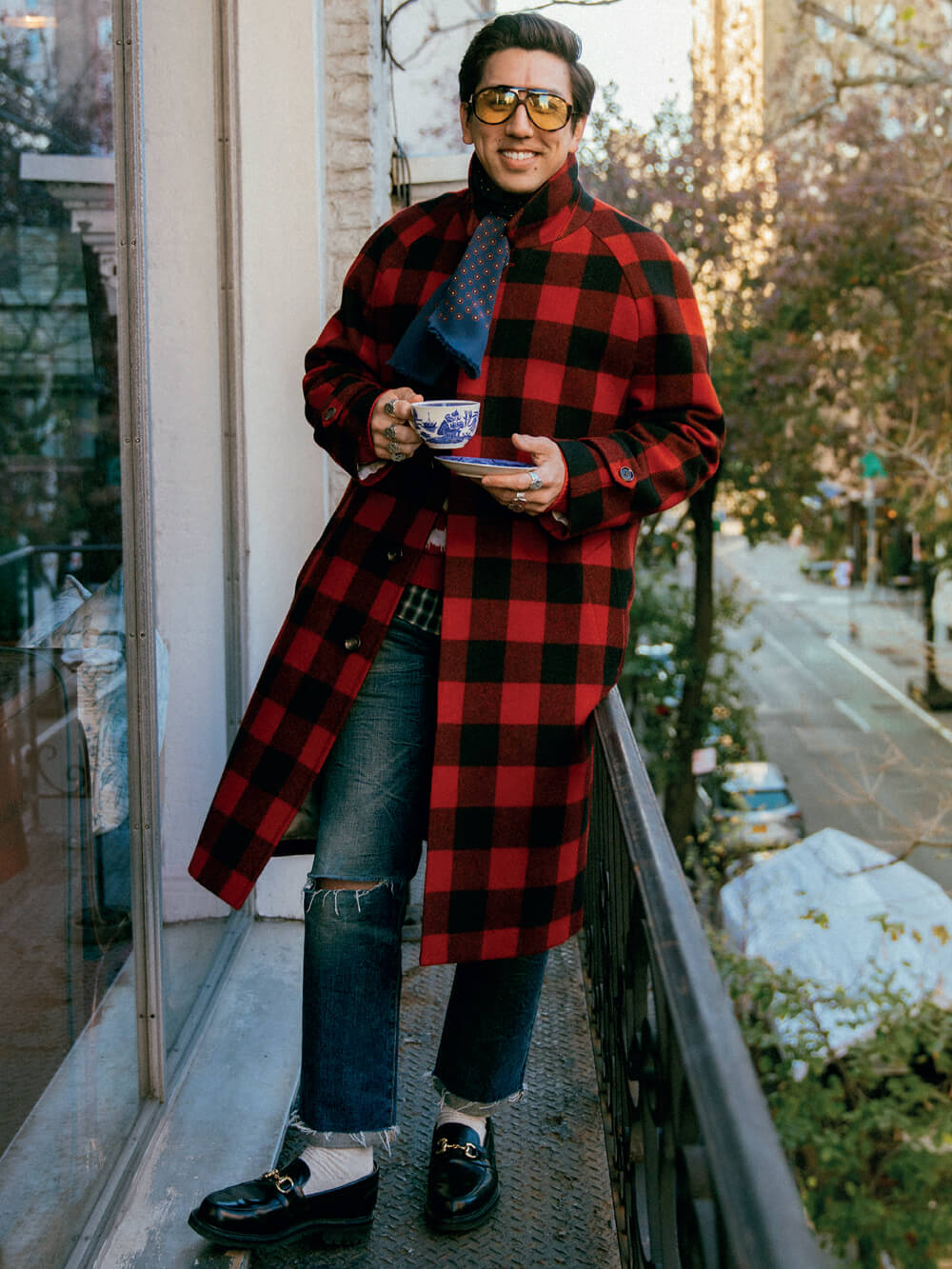 Based in LA, Cannon has gained a strong following posting his zingy, new wave preppy ‘fit shots’ to his Instagram account @prepsnotdead. As we verge into winter, there are a whole host of items he’d recommend a newbie to add to their baskets that epitomise this new preppy style. “I love a navy blazer moment,” he says. “A good half-tucked shirt, a few rugby shirts (I’m growing my collection each day), pleated pants, and croquet sweaters.”

That said, for Chet, the key to getting the prep style right is less about the clothes and more about having a good time with it all – splicing things together and seeing what works. “You look at old photos of Hockney, Basquiat, JFK, and I can’t think they spent more than the time it took to slip into the clothes to nail the style. What I appreciate about the way those three wore clothing is that it was interesting and presentable, while being a bit disheveled,” he says. “That’s the jam, in my opinion.