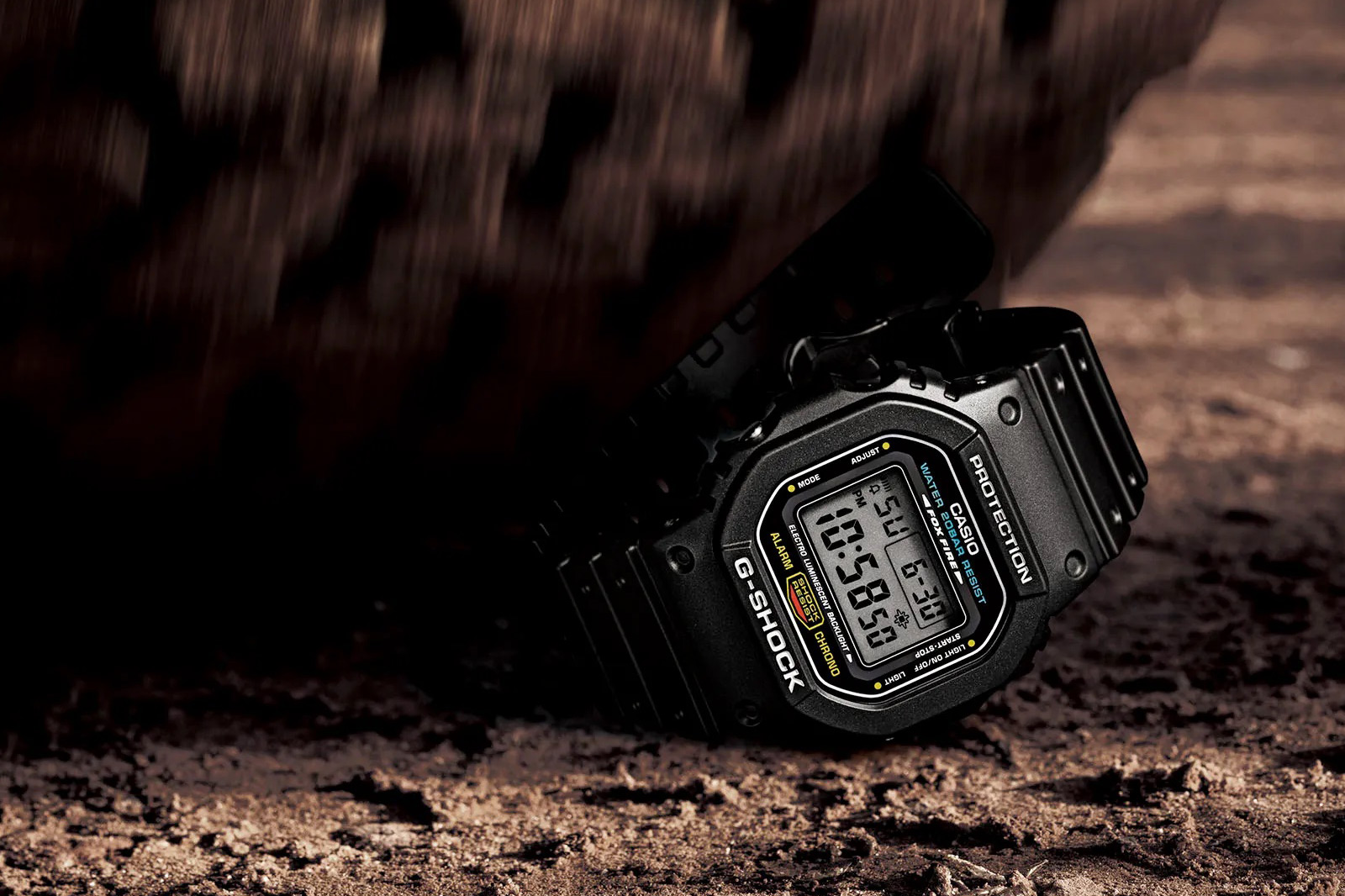 I recently made the mistake of telling my kids that my G-Shock would probably survive being run over by the car. “Do it!” they say. I will do it, I promise. I don’t do it. I don’t have the guts. Instead I watch videos of people doing it, gently rolling crushing SUV tyres over their G-Shocks before displaying the unperturbed watch.

A G-Shock is arguably the first thing that comes to mind when you think of shock resistance in a watch. Designed in the 1980s to take punishment unlike any previous timepiece, its creator Kikuo Ibe found inspiration in the likes of car tyres and caterpillars – both easily recognised in the modern case and strap.

Anyone with a copy of Matt Hranek’s A Man & His Watch will be familiar with that model’s primitive start – a digital face encased in a tough ball, tested by throwing it out of a third-storey bathroom window. These days there’s an entire facility at Casio dedicated to pounding, electrocuting, drowning, dropping and generally torturing G-Shocks to test their resilience.

But the idea of shock resistance goes back to the 1930s. Vintage watch collectors will know that Incabloc shock resistance was boasted of on watches back in the mid-20th century. Instantly recognisable in a movement due to the lyre-shaped spring on the jewel bearings that support the balance wheel, the system absorbs shock from any direction. The innovation was revolutionary and has saved countless watches from breaking – as you’ll know if you’ve ever dropped your late father’s watch and been relieved to find it still ticking. 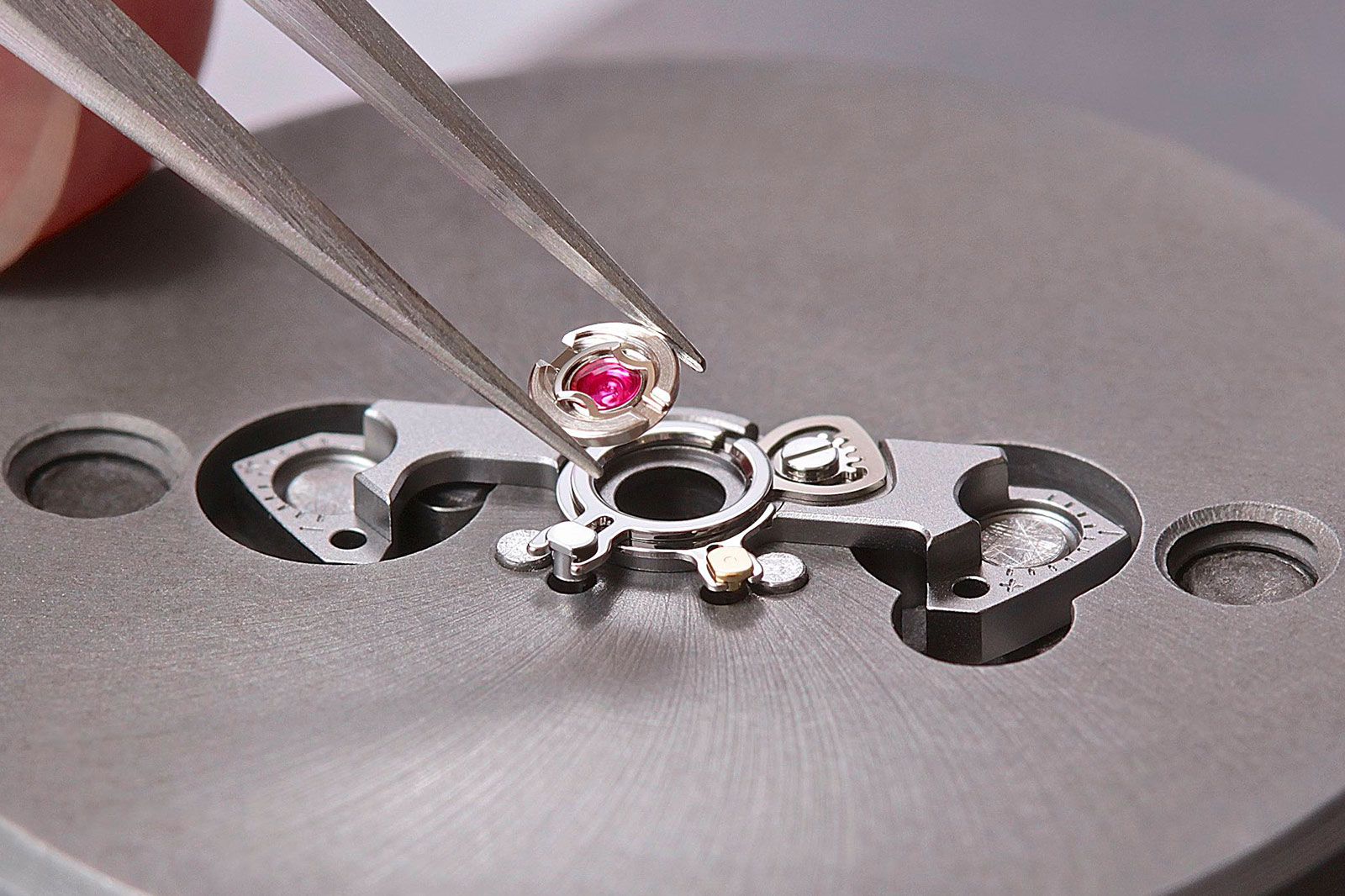 Incabloc was first developed in 1933 and is one of the most popular shock protection methods used today.

Incabloc remains a leading system in movements, although other watchmakers have developed varieties of its fundamental principal. Seiko has Diashock, Omega uses Nivachoc. And some manufacturers go to extreme lengths to protect their mechanical movements from all scenarios. 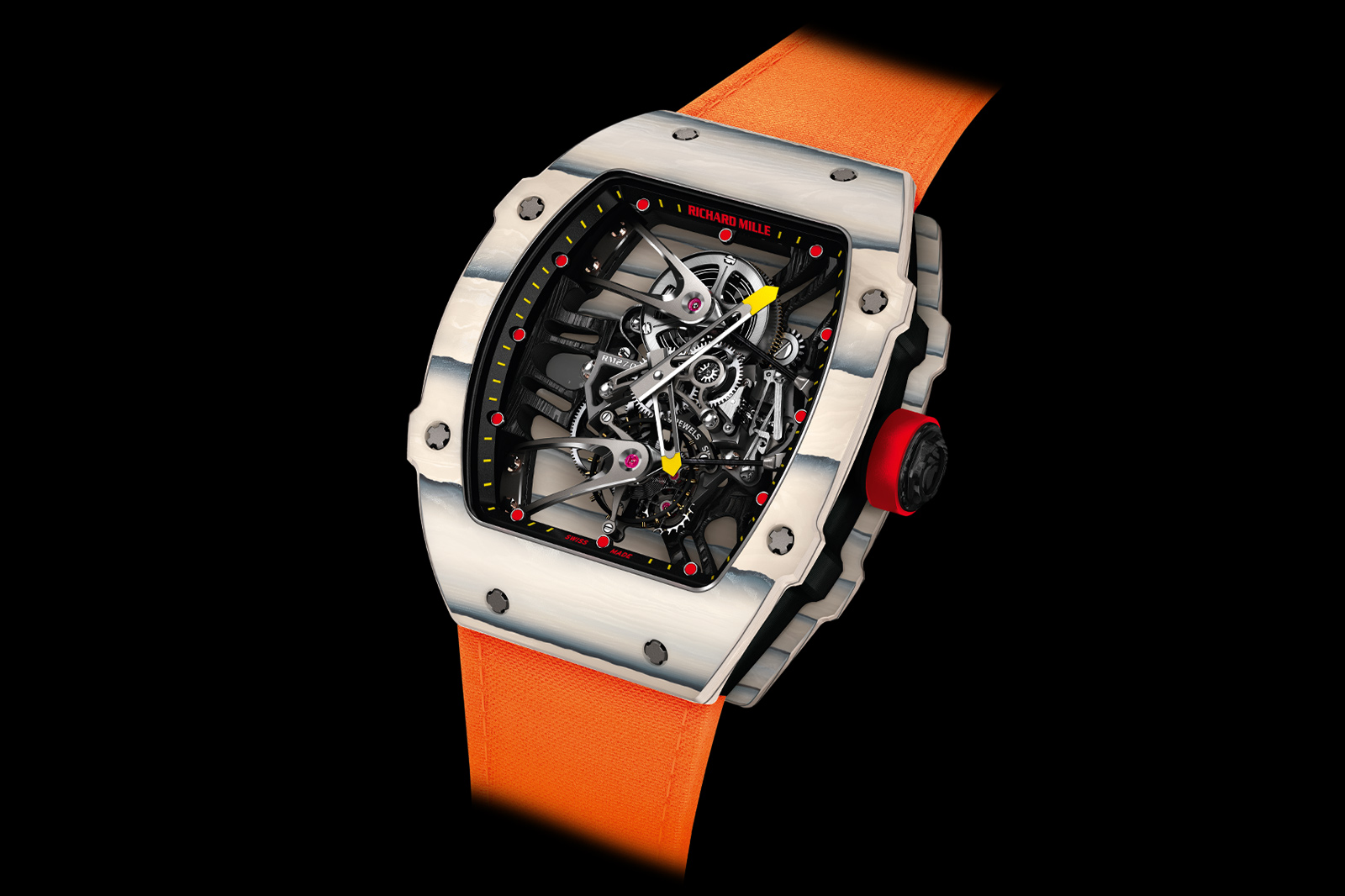 The Richard Mille RM 27-02 Tourbillon Rafael Nadal, meanwhile, is designed to withstand the forces of the tennis legend’s serve – which is reassurance if you’re on the fence about spending the €777,000 asking price.

With fewer moving parts, quartz-powered watches have been pushed to further and further anti-shock extremes. Victorinox boasts that its INOX can withstand eight tonnes of hydraulic pressure, and released a video of one being driven over by a tank. The model is put through 130 tests, including resisting 12Gs of centrifugal force and (a more likely danger for most watch buyers) being put through a washing machine.

So, should I really worry about my G-Shock? “Do it, Dad,” the kids say. “Drive over the watch!” I weigh up the worth of an inexpensive, replaceable but loved watch against the pure happiness of my children. Which matters most? There’s really no contest. “No,” I say.

Then Oracle Time’s editor asks me to do it. “Absolutely,” I say. I place the G-Shock face up under the tyre, release the brake and roll it over it. The kids squeal with delight. There’s not so much as a scratch on the watch.

“Now do it with the Black Bay Fifty-Eight,” the kids say…

Shane Hegarty discovered watches eight years ago, innocently thinking one new watch would be nice before he fell down the rabbit hole of independents, vintage and back into modern. A bestselling children’s author, he also writes a weekly column for the Irish edition of The Sunday Times.