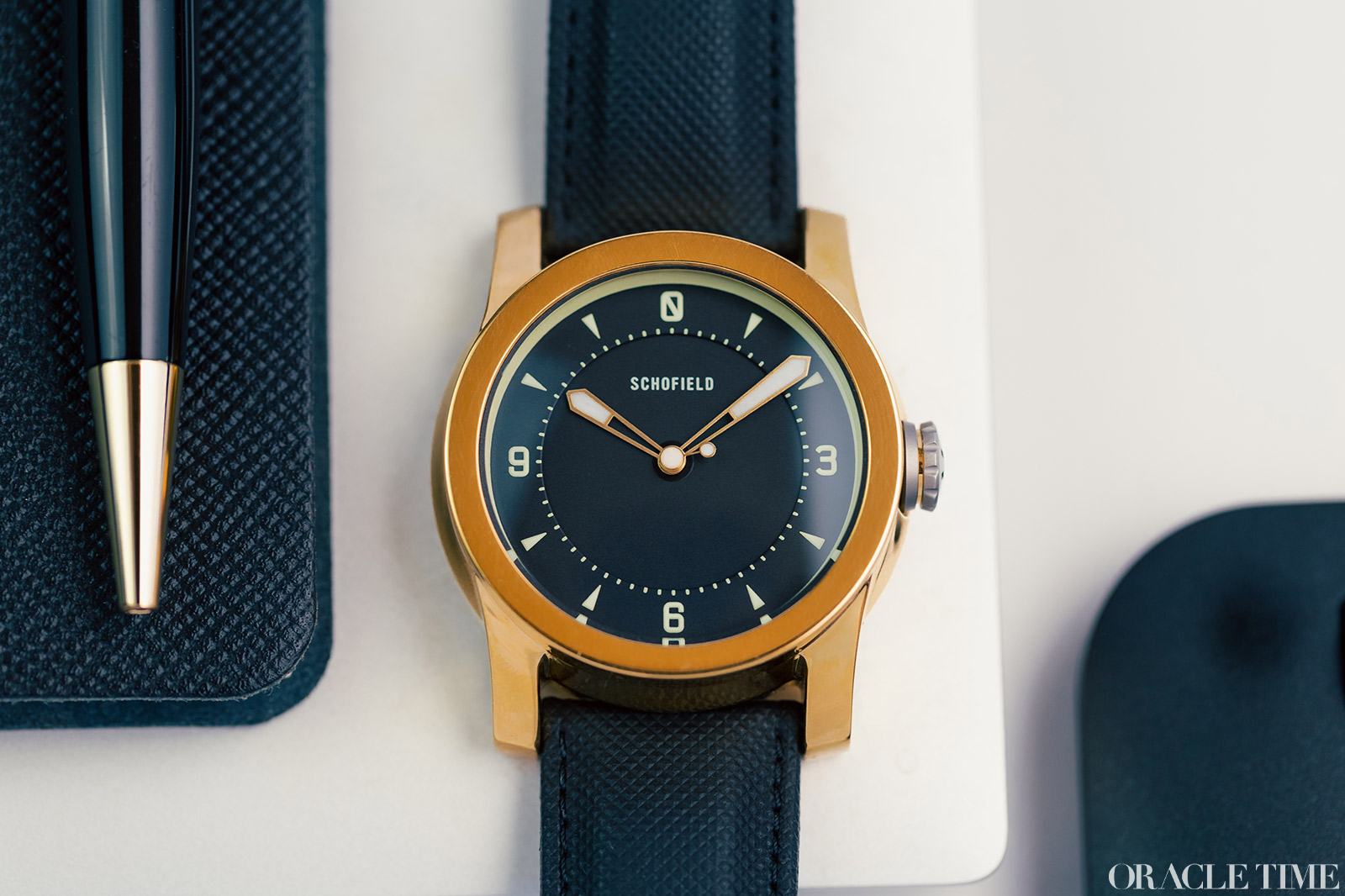 Schofield’s always been an odd duck in that brilliant, undefinable way that only a designer with little to no background in watchmaking can be. Not that Giles Ellis is new to the business; the brand’s been going strong for just over a decade now, right at the beginning of the revival in British watches that they were very much a part of. But Giles has never really been a watch designer. It’s why, for better or worse, there’s nothing quite like a Scofield watch.

Now, I’ve been a fan of what Schofield have been doing for a long time. All the rugged, lighthouse inspired design choices, the intriguing materials, the incredible ring of lume around the dial of some pieces, but never enough to buy one. Their dimensions are… well, a bit off for me. They suit a certain kind of person – the kind that would rather be working in their garage than binging Netflix – but I’m always ready to give a watch a go, especially when it’s called the Treasure Watch.

Gold isn’t a material I’d expect from Schofield. It’s far too luxurious, far too delicate as a material to warrant their beater style. But I have to admit, it does suit them, especially as it’s not actually lost any of its rough-and-ready, quirky credentials. 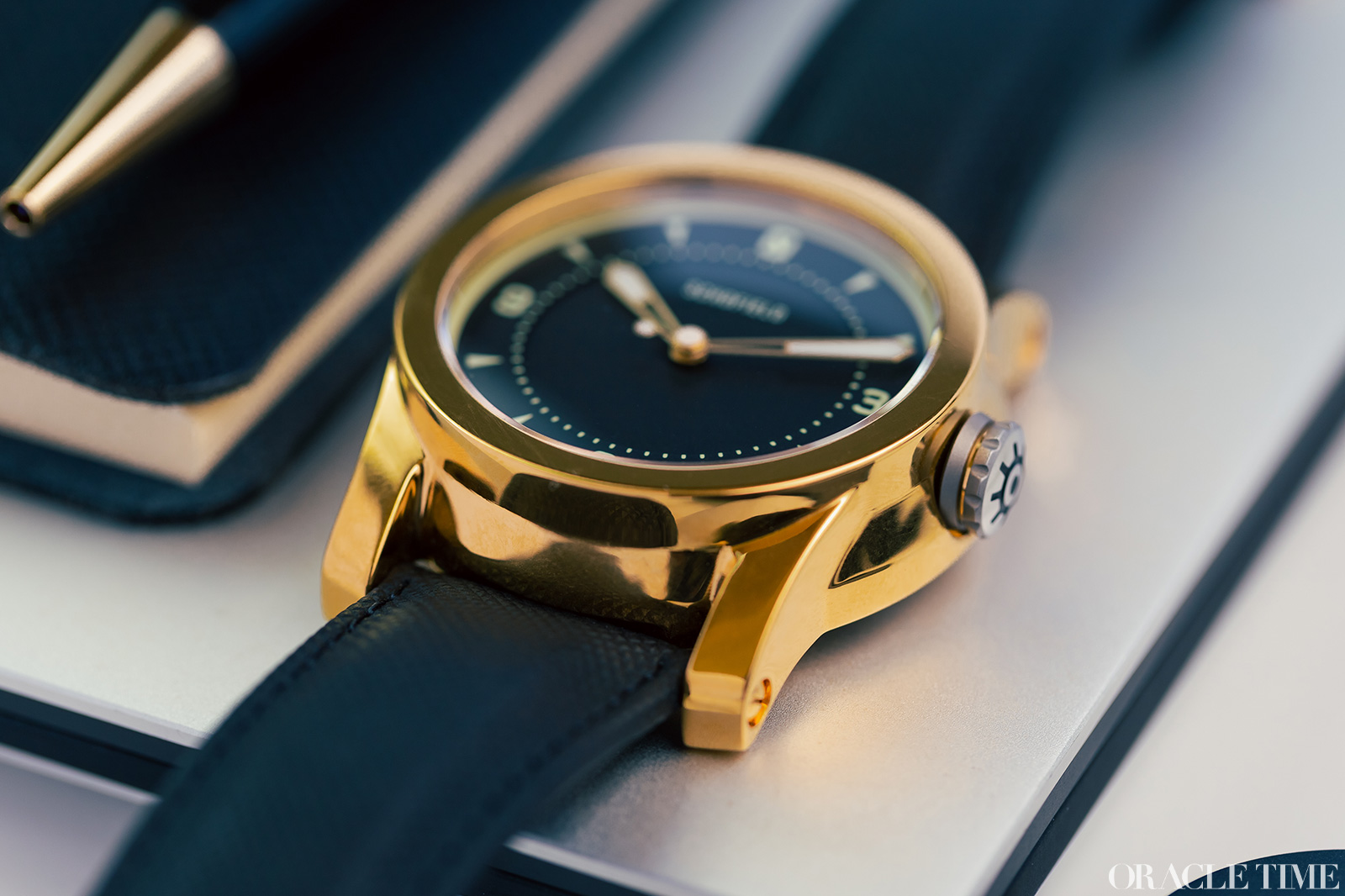 The gold here is plated rather than solid, which isn’t a surprise when we’re talking the low thousands price range. What’s more interesting though is that it’s over brass, which is also golden in colour. So when the plating inevitably scratches or wears through, it should start to look like its gaining a patina, a rarity for gold.

Obviously I didn’t have the watch long enough to notice any patina-ing and I’m careful not to scratch pieces we get in, but it’s a nice thought and one that gels with the Schofield ethos. Colourwise though its still very much yellow; no hint of the Fears Midas colouring here.

The dial and case shape both hark back to the original 2011 Signalman, Giles’ first watch. And while none of their watches exactly stray far from those aesthetic tenets, it makes for a nice throwback. It’s certainly the most straightforward design in Schofield’s line-up right now (the fewer times I have to say ‘strange lights not quite red’ the better). But it’s still got plenty of character, particularly as the second hand is just the counterweight. It’s more a running indicator than it is a true seconds hand. I like it. A lot. 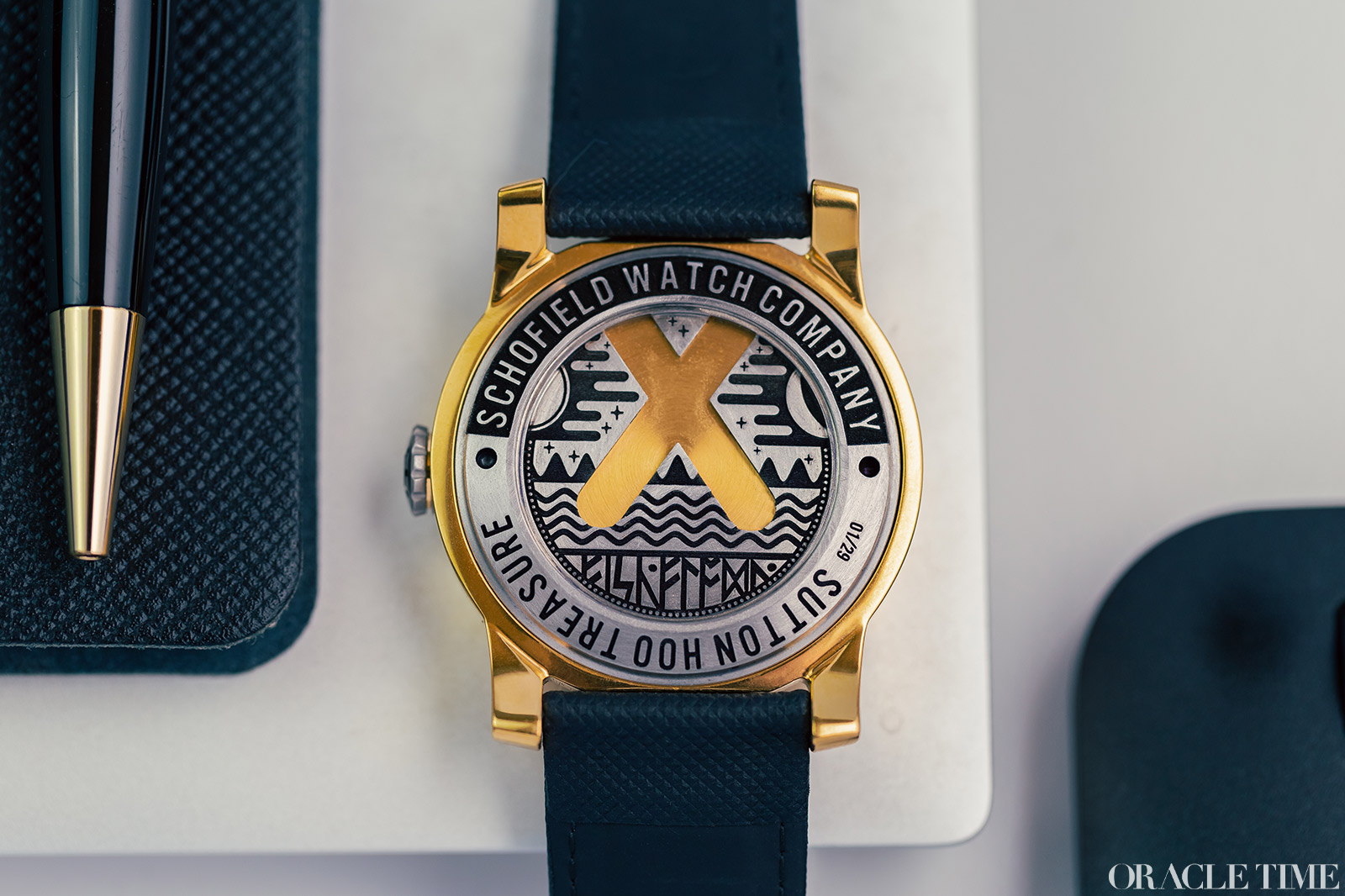 But while the front is straightforward, the caseback is not. Schofield often go to town on their casebacks with funky engravings, but the multi-level design with a gold cross running through it is next-level. It represents one of the UK’s most famous treasure hordes, with each caseback an ode to a different one, in this case Sutton Hoo, which was home to a ship burial stuffed with ancient Saxon artifacts.

Funnily enough, even the movement is gold-plated, though you can’t see it. Schofield really took the buried treasure theme and ran with it. The calibre in question is the ETA 2824 and the solid workhorse is a fitting movement for the Schofield Treasure Watch.

So, did it convert me? 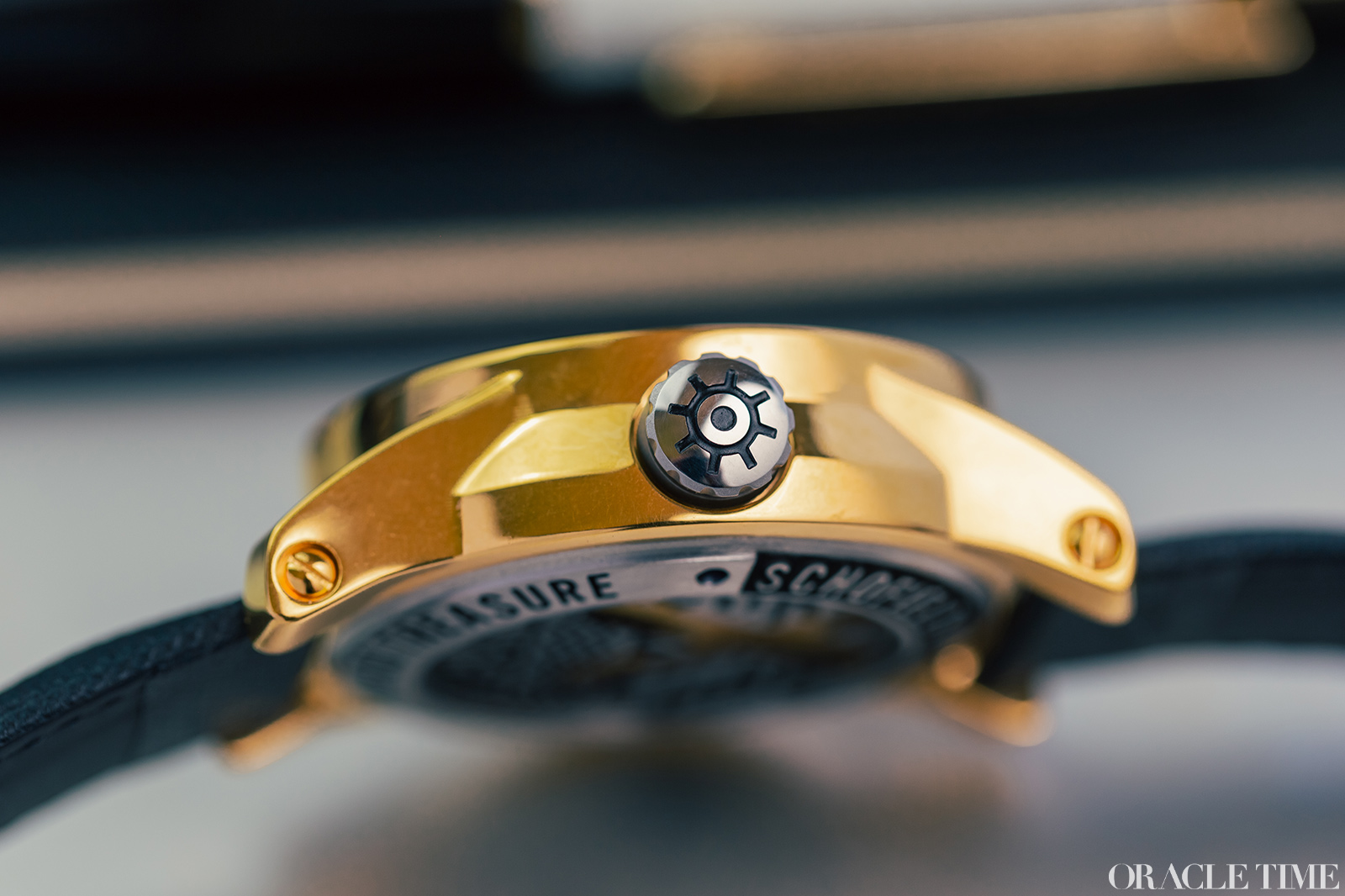 Honestly, yes. Still not enough to take the plunge – there are a good many more watches out there on my wishlist ahead of it – but I genuinely enjoyed this big hunk of gold-plated brass on my wrist. Its depth gives it a lot of heft without actually being heavy and as a casual watch (despite what the gold suggests its’ still very much a daily wearer) it’s incredibly satisfying.

The design choices, both quirky and sensible are the kinds of things you’ll only find on a Schofield watch, a level of individuality that a lot of brands lack, especially in this highly competitive 3K+ price range. Yes, it’s an investment for a beater, but if I were going to buy a Schofield it would be this one.

The latest interpretation of the Singer Reimagined Track 1 SKLT features a carbon case, giving a...

For their first Tricompax Chronograph, Baltic have teamed up with classic car legends Peter Auto.