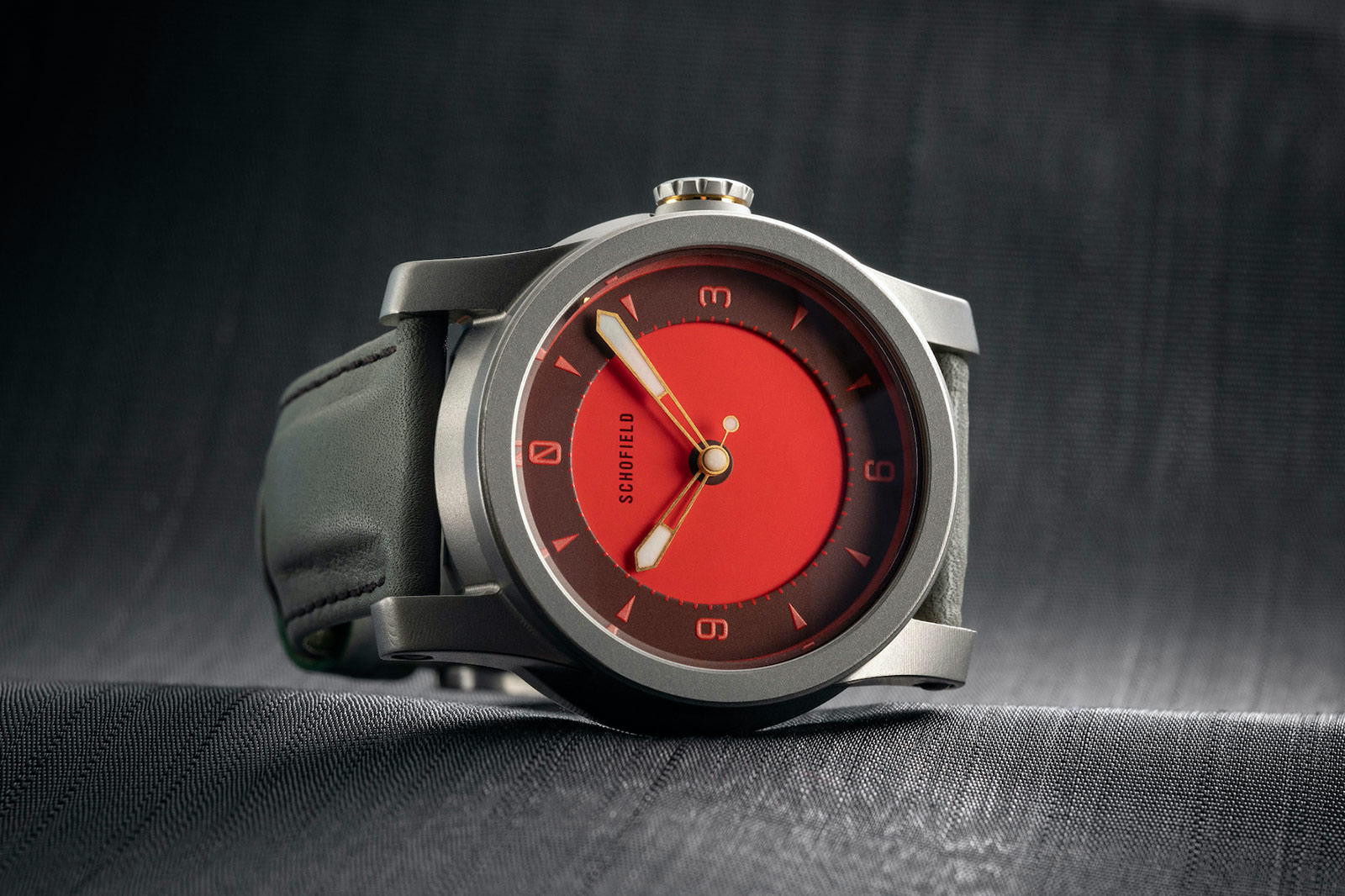 Giles Ellis is a man on a mission. Since launching Schofield back in 2011, he’s made it his obsession to build some of the most mechanically sound pieces on home shores, with aesthetics and themes inextricably linked with the British landscape. Though to the man himself it sounds like a mixed blessing.

“I am a guy cursed with an inability to tolerate badly made, ugly or poorly designed things. I am particular about the details. Being this way hurts my bank balance but not my feelings because it motivates me to my bit; make the world a little prettier one small object at a time. Apparently ‘pretty’ was my first word! I hate fakery (that includes steampunk) but I love playing with both old and new at the same time, for example a carbon fibre watch based on an old smuggler’s signalling lamp. The romance of the lighthouse keeper and the science fiction of UFOs, I enjoy the obscurity. I mostly make watches from a small shop in Sussex, under the dip of the Downs by the River Adur. Schofield Watch Co. has been around for over 10 years and I feel like a vet of the British watch scene.” 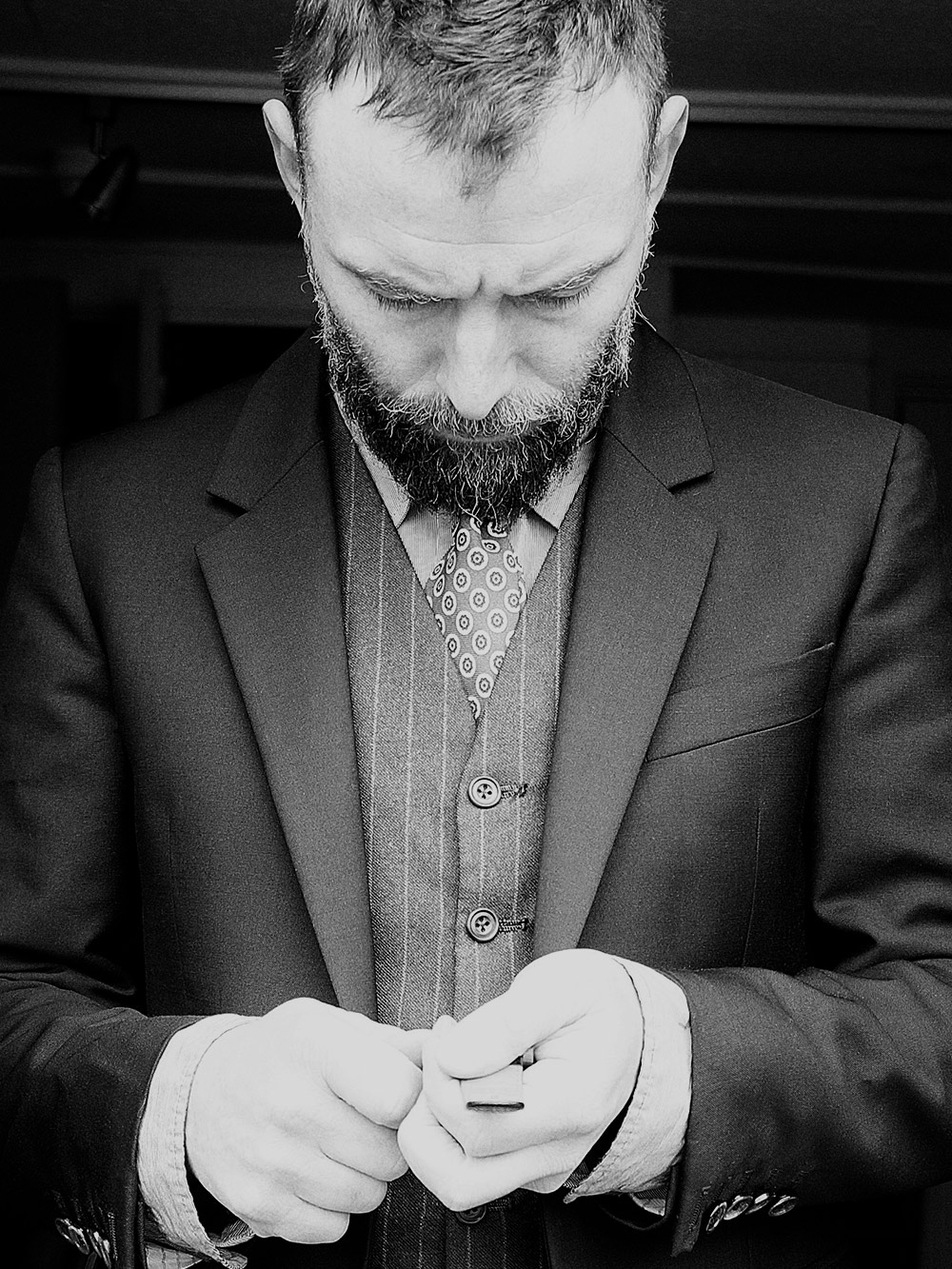 Yet small scale and fiercely independent as Schofield is as a brand, it came from a similar place to many a horological enterprise, even if Giles phrases it slightly differently to most: “Vanity. I wanted a watch (probably a Panerai or Bell and Ross) and could not afford one, so I thought making my own – just one – would be a worthwhile use of my time. The project got quite out of hand and three years later I had 99 watches to sell. Naturally, I could have bought 99 Panerais for the cost of setting up a watch company.”

And so – at great expense – the Signalman was born. With its chunky, industrially machined case it looked unlike anything else on the market. It drew plenty of inspiration from its namesake, the kind of lighthouses you’ll find on the south coast of England, combined with a surprisingly nuanced, tiered dial and the big, chunky case that’s since come to define Schofield’s aesthetics. But don’t for a second think that lighthouses are the only place Giles looks to for ideas. 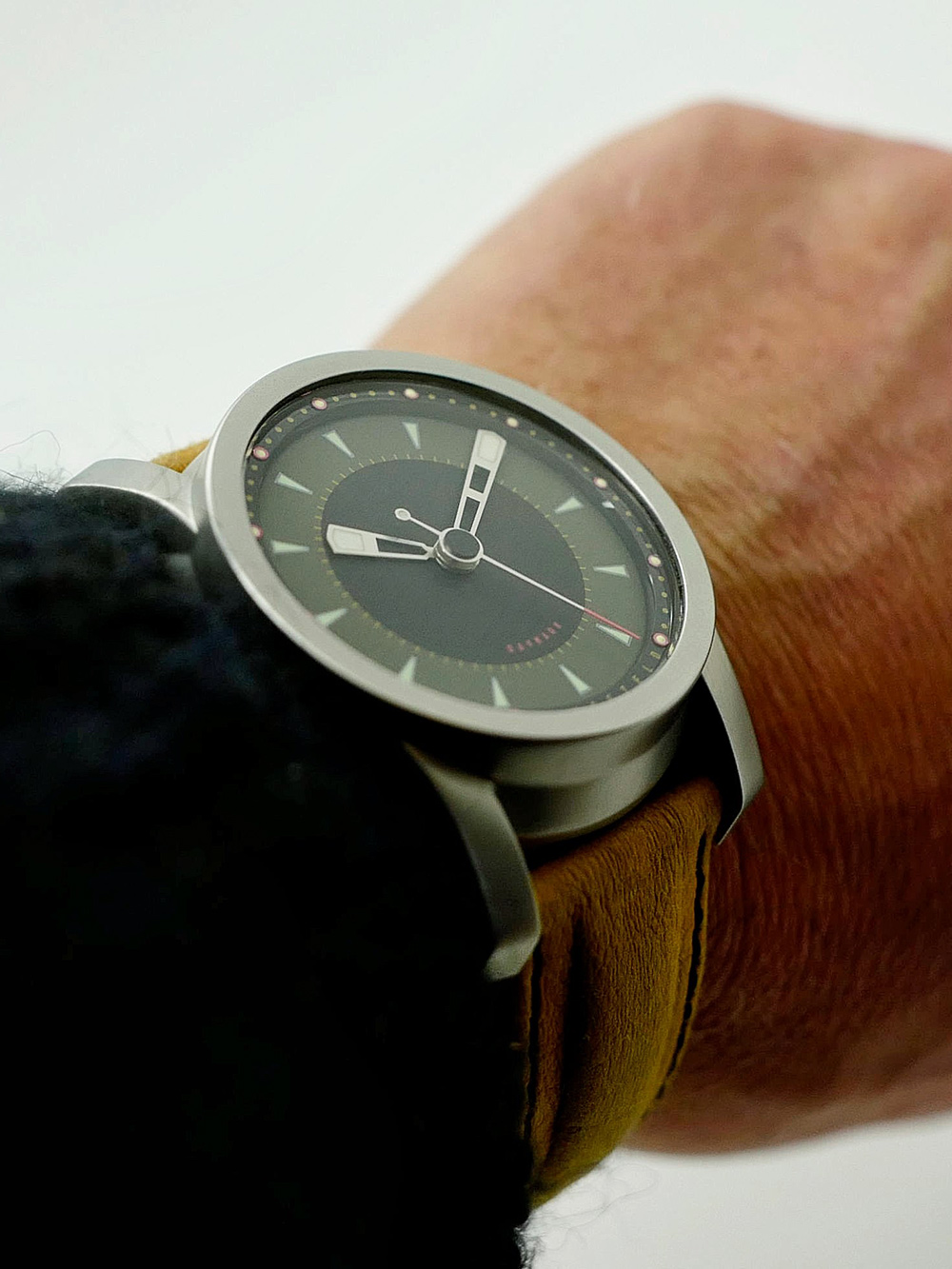 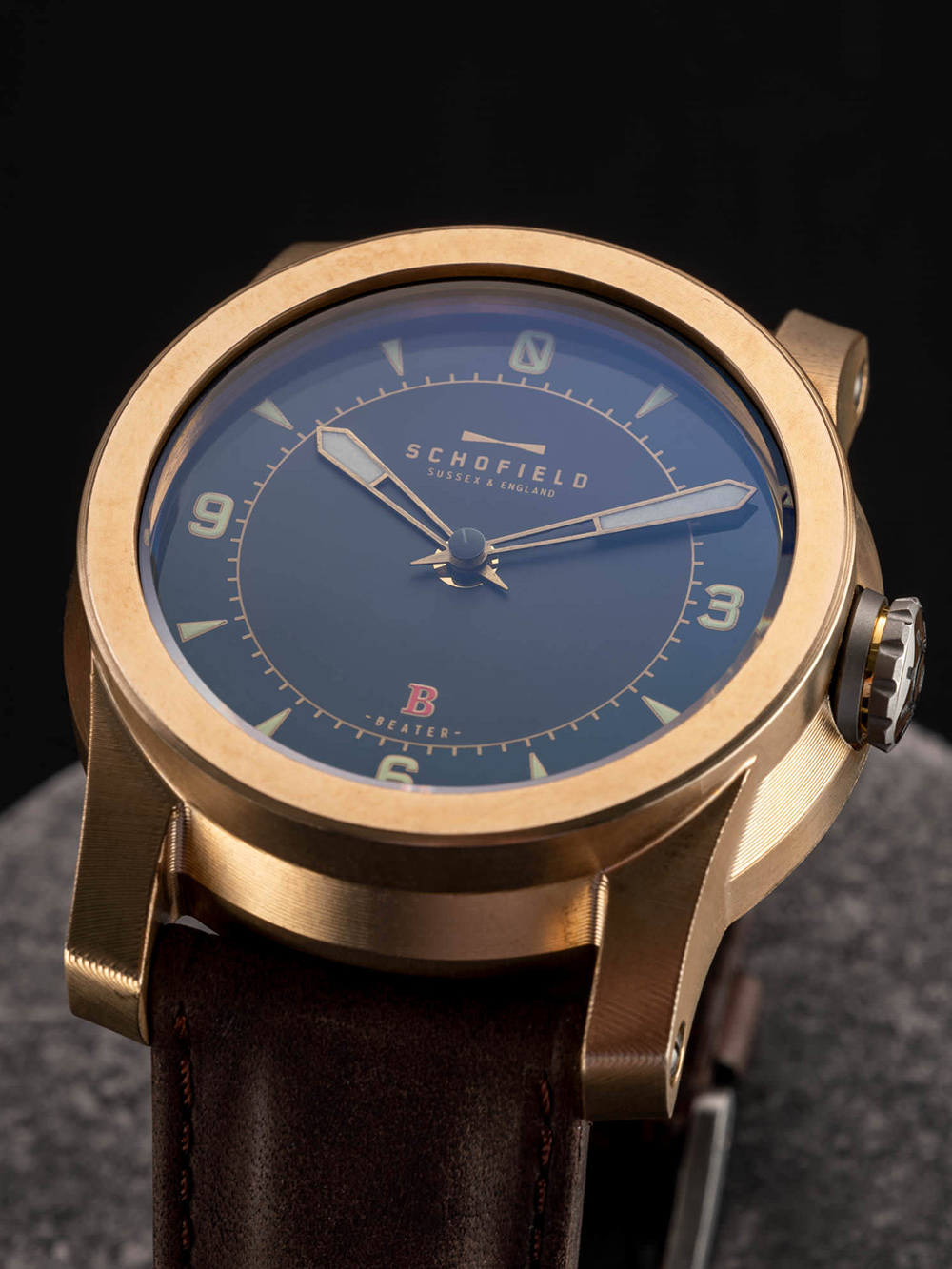 “I find inspiration everywhere except the watch industry. I do not look at other watch brands at all. I would rather be influenced by vintage hubcaps, Ferris wheels, Fresnel lenses, submarines, bad weather, rivers, rocks, cliffs, distant lights, brutalist buildings, mid-century lighting, Tomorrow’s World and the future. It sounds pretentious looking at the list, but it is true, everywhere but watches. Saying that, there is the odd exception. Occasionally I will look at the all-time classics to re-acquaint myself with the masters of layout and spacing: A vintage Angelus, Jaeger, Vulcain, or Vacheron Constantin.”

While Schofield watches are anything but classical, even something as unashamedly outside of the watch sphere as they can take a few lessons from the larger brands. It turns out though, that Giles has taken more than just dial spacing cues from them. 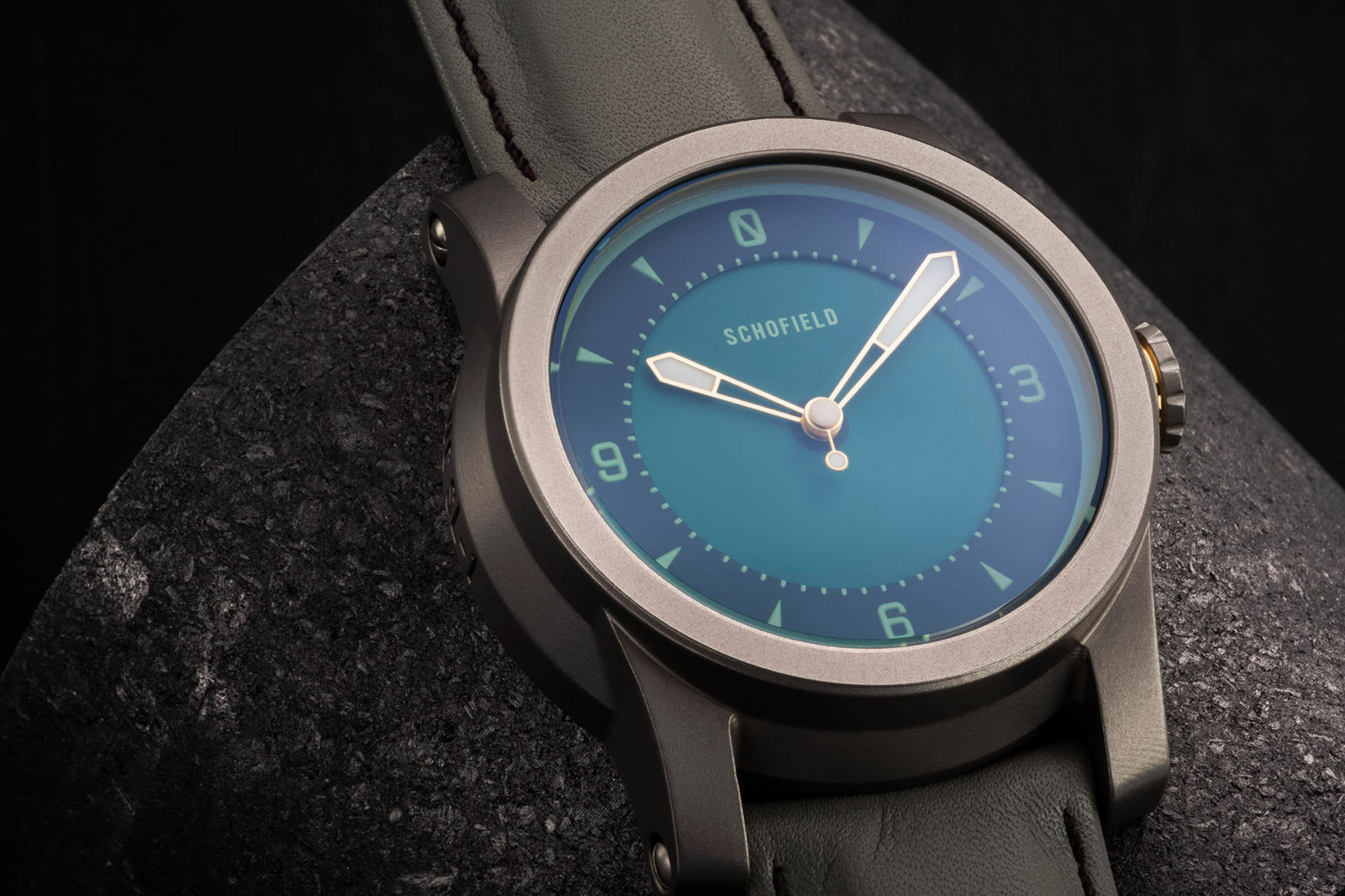 Schofield Strange Lights ‘Not Quite Green’, £3,595

Over the years, Giles has introduced some serious horological quirks to his timepieces. Rings of solid lume around the edge of the dials; cases made from coloured ceramic; petrified wood and bronze; a superb amount of in-house finishing, it often feels like Schofield is hitting above their weight, an independent British brand going toe-to-toe with much larger Swiss watchmakers. How?

“I figure if they can, I can, and I go at it relentlessly. Or, failing tenacity, I will work out how to do it in-house. Especially with our finishing, which is all done by ourselves. The blueing of titanium, the patenation of bronze, polishing, brushing, and blasting steel to make it look like concrete.”

It’s hard not to admire the balls it takes to just pick something up and run with it. That said, Schofield watches aren’t for everyone. Their distinctive dimensions and pared-back Britishness that’s as rugged as the Jurassic coast attract a certain kind of wearer, often bearded, always appreciating of quality. But even that relatively niche audience isn’t who Giles designs for. 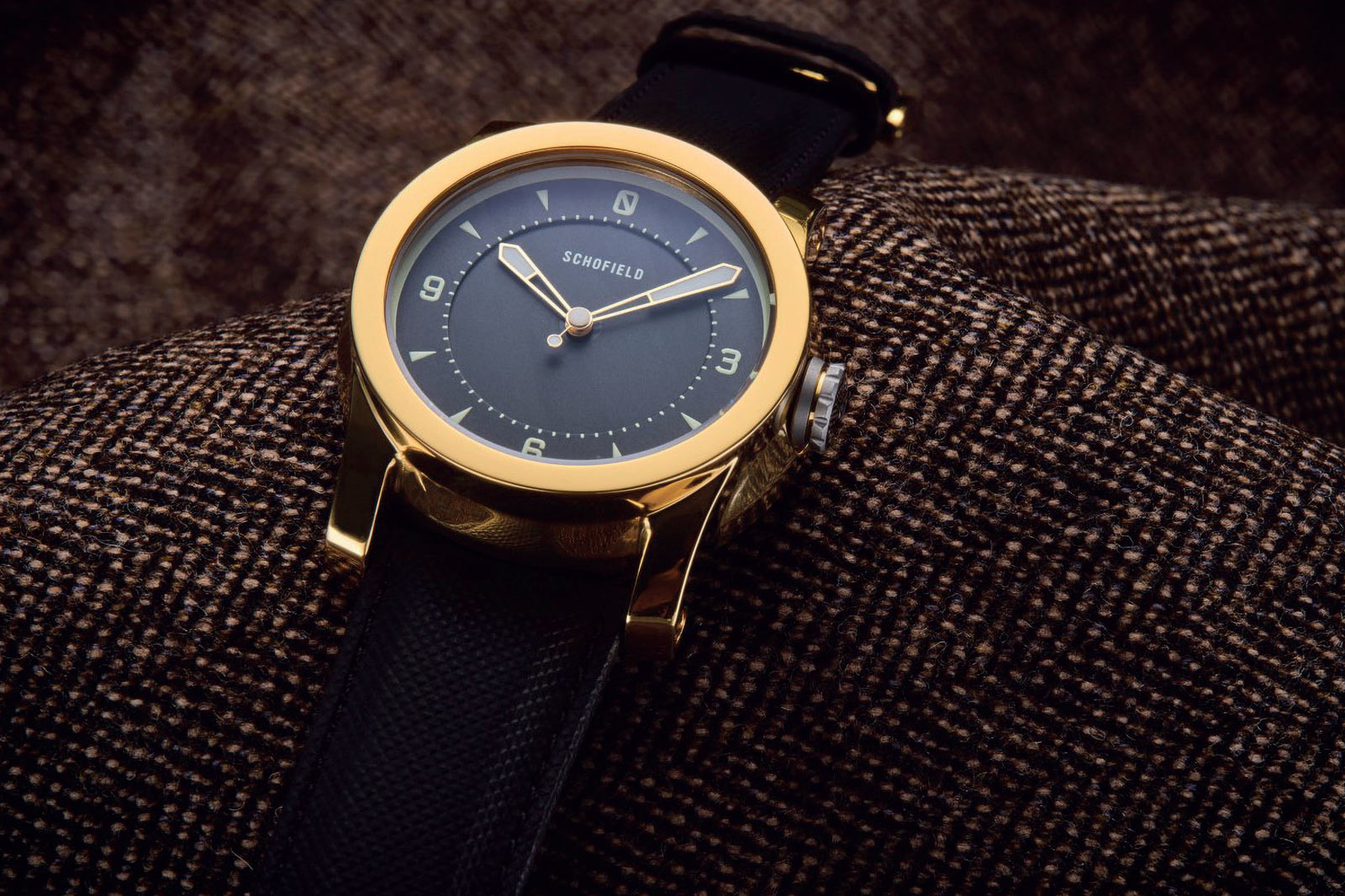 “I do it solely for myself. I am a selfish designer. If I want to wear the watches and I think they are cool then I am enthusiastic, which helps photographing and writing about them and ultimately selling them because I am proud of my work.”

Over a decade on and it seems to be worth it. Schofield’s latest, the Treasure Seeker, has all the elements that have come to define the company’s timepieces like the anniversary watch it (almost) is. That includes the chunky, 44mm case that has been part of Schofield’s DNA since the original Signalman and a ring of lume around the dial, lighting it clearly even at night. The twist here is that each is dedicated to a different treasure horde found around the UK. History buffs, enjoy.

Share the post "Interview: Schofield’s Founder Discusses What It Takes to Build a British Watch Brand From the Ground Up"

The Schofield Treasure is a golden beater with aspirations of buried treasure to mark 10 years of...

Two of Britain's leading watch brands come together for the priciest Fears watch yet.