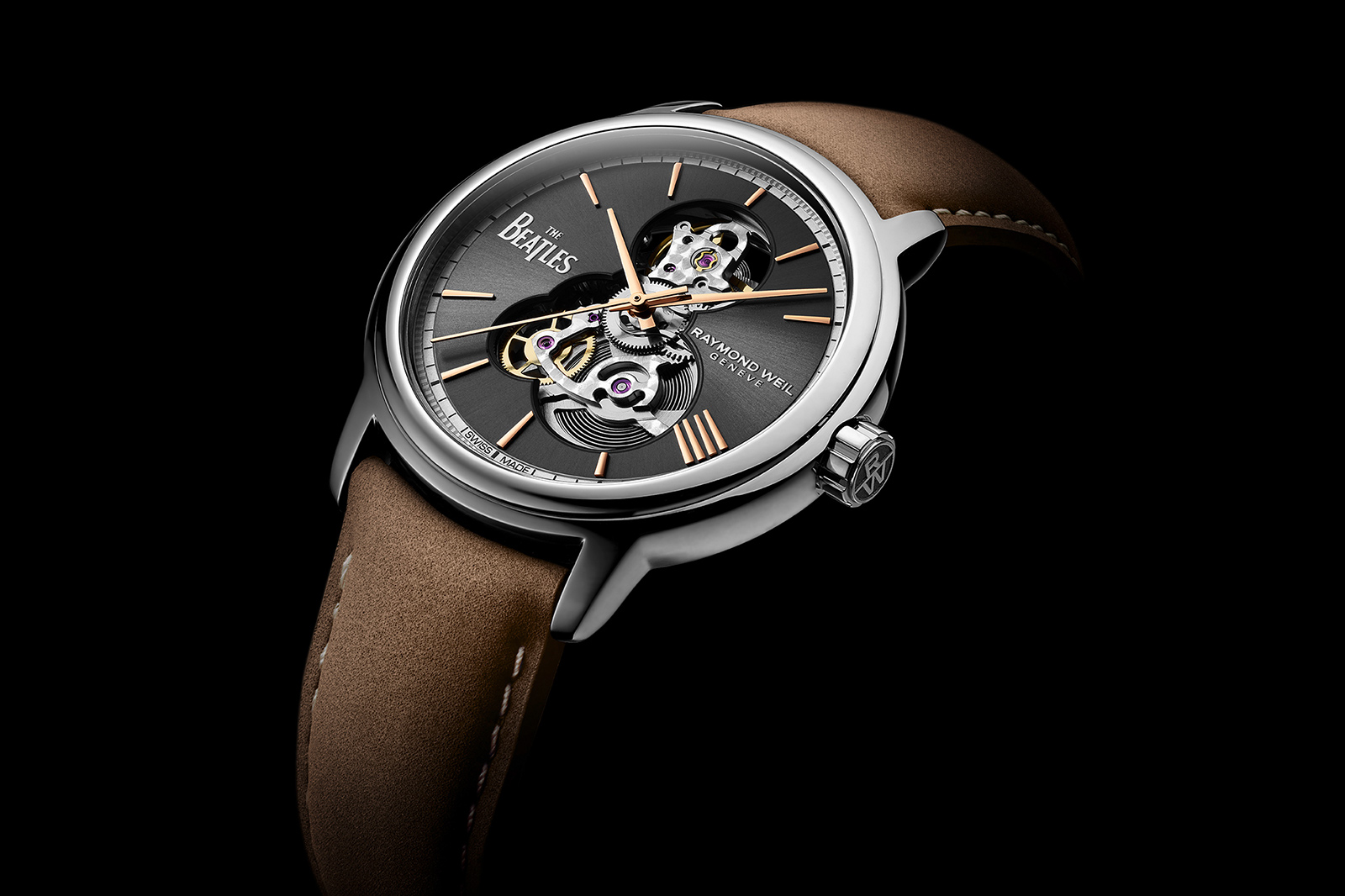 Raymond Weil is inextricably linked with the music world. In fact, you can find out just how here. But even by their tuneful standards, The Beatles are big time. The Liverpool quartet redefined modern music and if there’s any better cause for a limited-edition Maestro its them.

So, following three previous limited editions, now it’s time for Raymond Weil to reveal their latest in the series, a tribute to the band’s final studio album, ‘Let it Be’. So how does the new watch stand up to the legacy behind it? 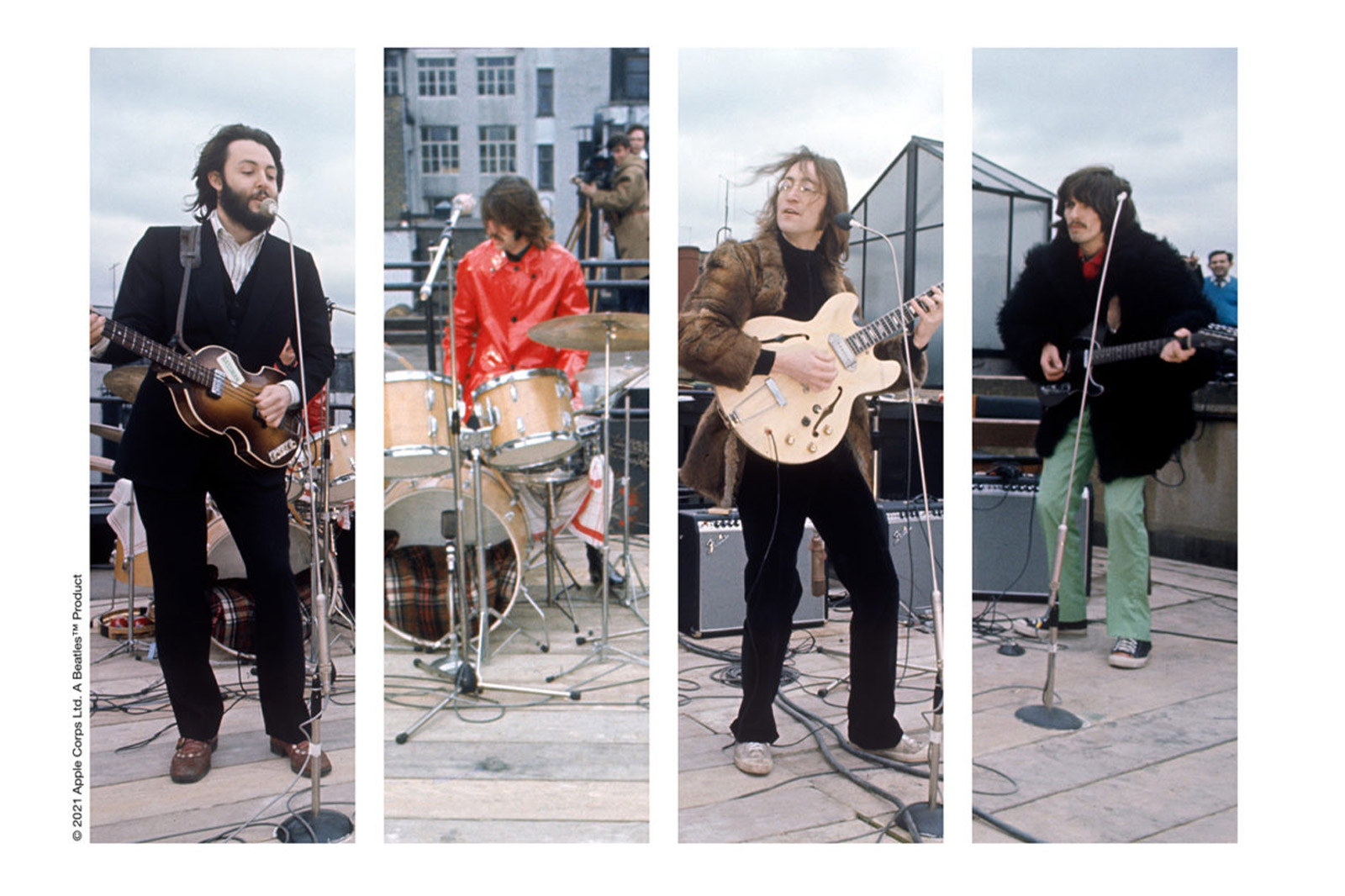 At first glance, the dial is somewhat abstract, as it has a bubbly-aperture cut vertically across the dial like a still from the Yellow Submarine film. If you look at the outline of the shape, it resolves itself into a stylised and rounded version of Great Britain – in tribute to the homeland of the band.

The window reveals the skeletonised calibre below, which is the first time a skeletonised maestro has been used in a limited edition by Raymond Weil. A particularly nice touch is the fact the central hand stack has been centred over Liverpool, and I hope shouldn’t have to explain the importance of that. 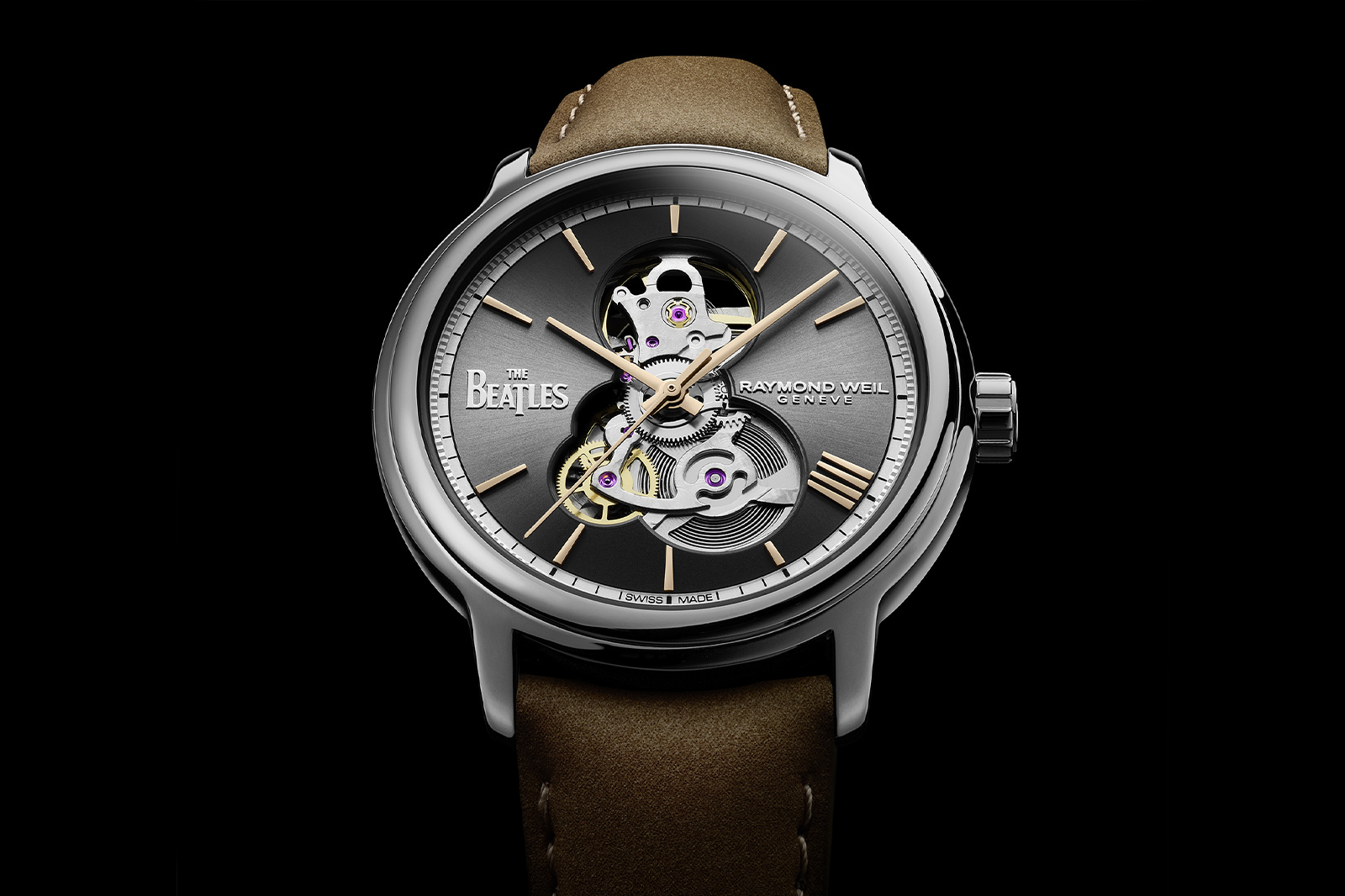 Outside of the skeleton window, the rest of the dial is not dissimilar to the regular Maestro collection, with a nice contrast between the anthracite dial and the rose gold-plated hands and baton hour markers. In fact, there is another reference to the Beatles hidden in the hour markers, with four batons crowded around the 4 o’clock position celebrating the four members of the band – and the fact this is Raymond Weil’s fourth Beatles limited edition since 2016.

Elsewhere on the 40mm diameter stainless steel watch, The Beatles official logo is emblazoned at 3 o’clock and again across the display case back – through which you can see the RW4200 automatic movement. It’s not the most impressive calibre with a 38-hour power reserve but it’s based on the Swiss-made ETA 2824 so that’s not a major problem and it keeps the price down. 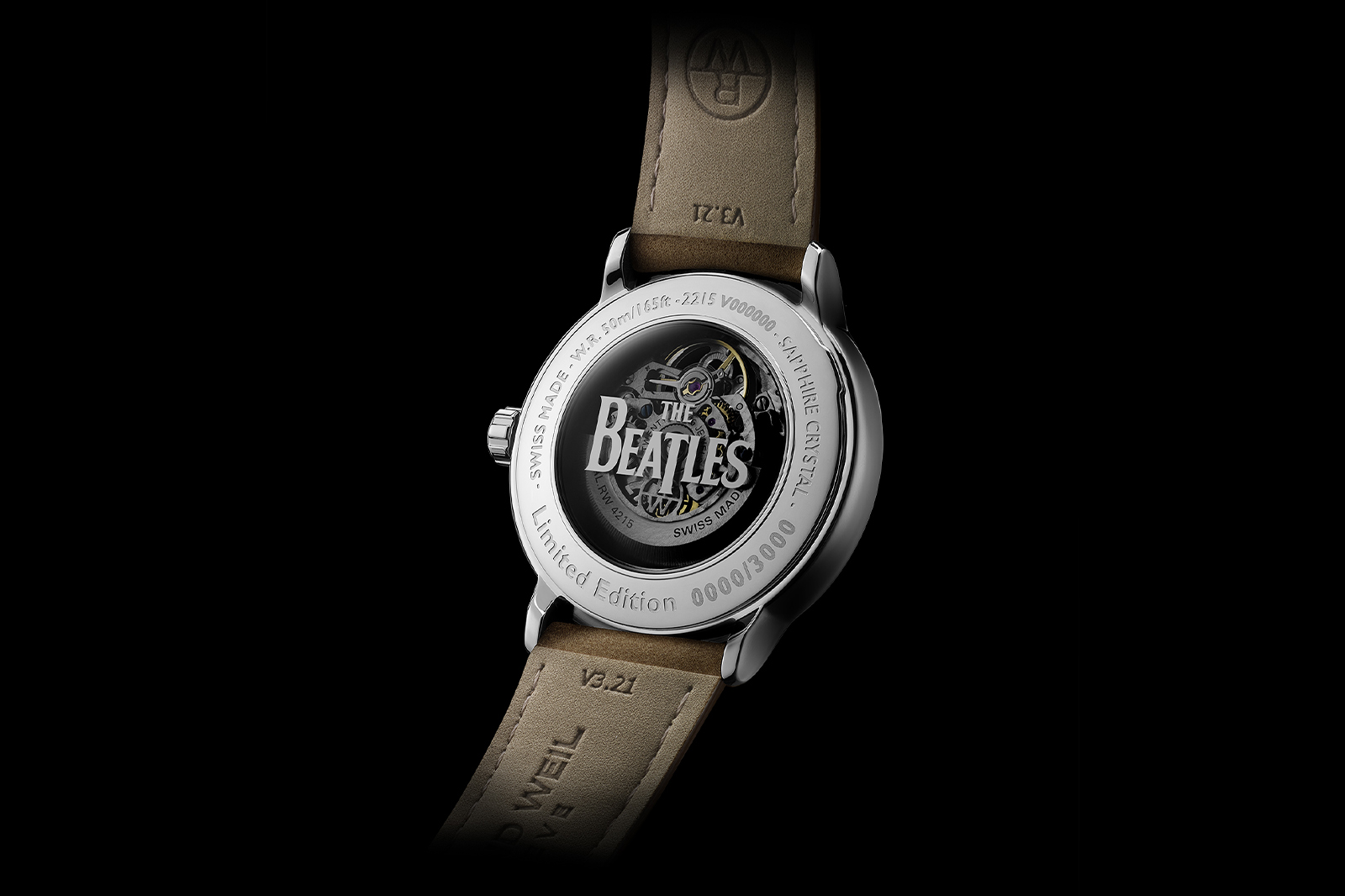 Sure, it might have all the relevant Beatles branding and symbolism, but as a fan my biggest question is: does the watch reflect the spirit of the band? Well, it’s quirky and off-kilter thanks to the focal skeleton window and at the same time it’s refined and suave because of the Maestro’s influence. Quirky yet stylish is definitely how I’d describe The Beatles, so that’s a resounding success. The watch even captures a fraction of their environmental and social concerns with its FSC-certified vegan leather strap.

The Raymond Weil ‘Let It Be’ Maestro is limited to 3,000 pieces at a price of £1,750, so picking one up is certainly not outside the realm of possibility. If you want a limited edition dress watch that looks pretty unique, then this could well be the watch for you, even if you aren’t the biggest Beatles fan. But if you are a Beatles fan, you’d be a fool on a hill for letting it be…