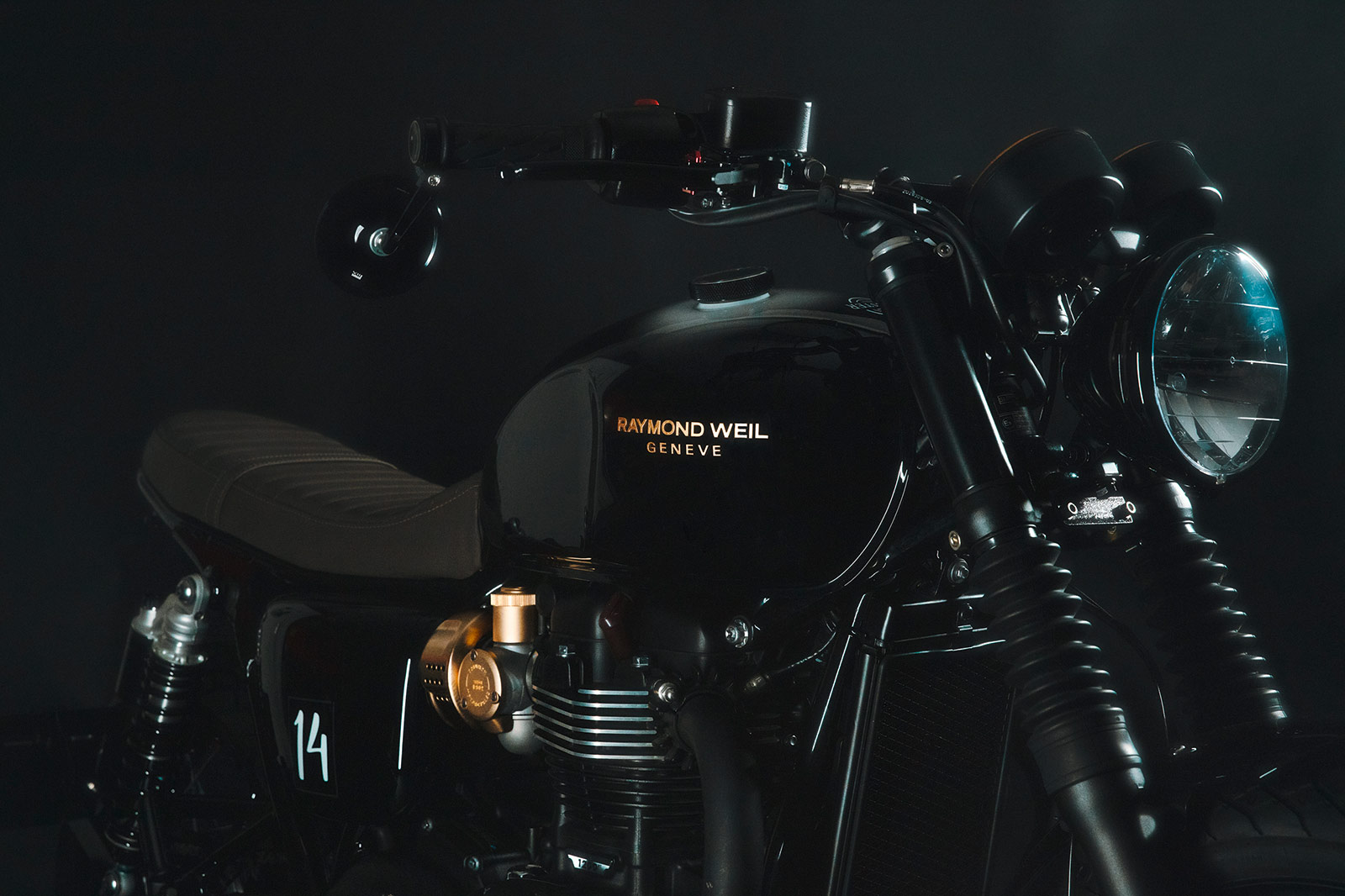 Bringing us to a fabulous triumvirate of motorbike watches is the new Raymond Weil Freelancer Chronograph Bi-Compax 7780 Limited Edition. 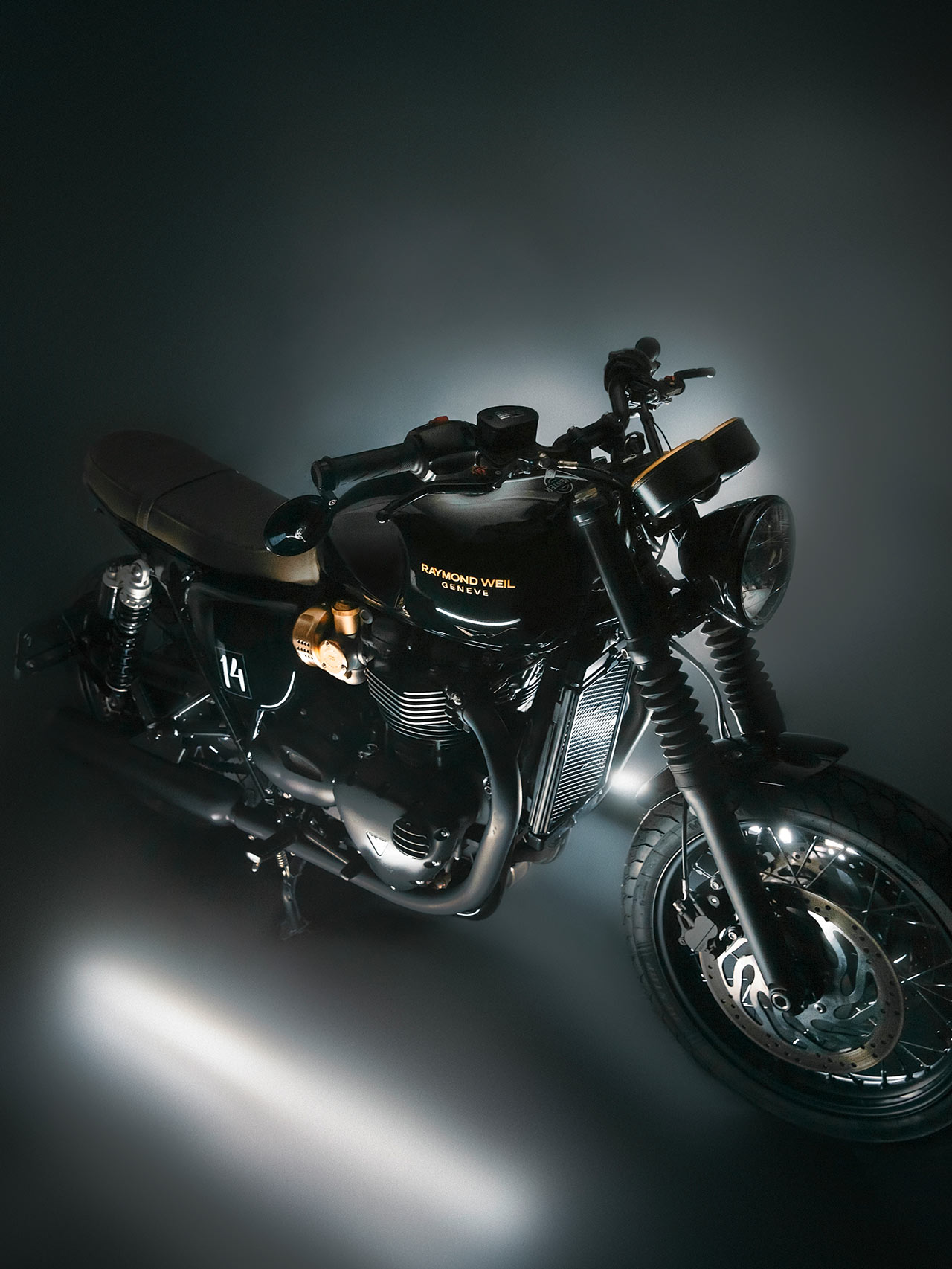 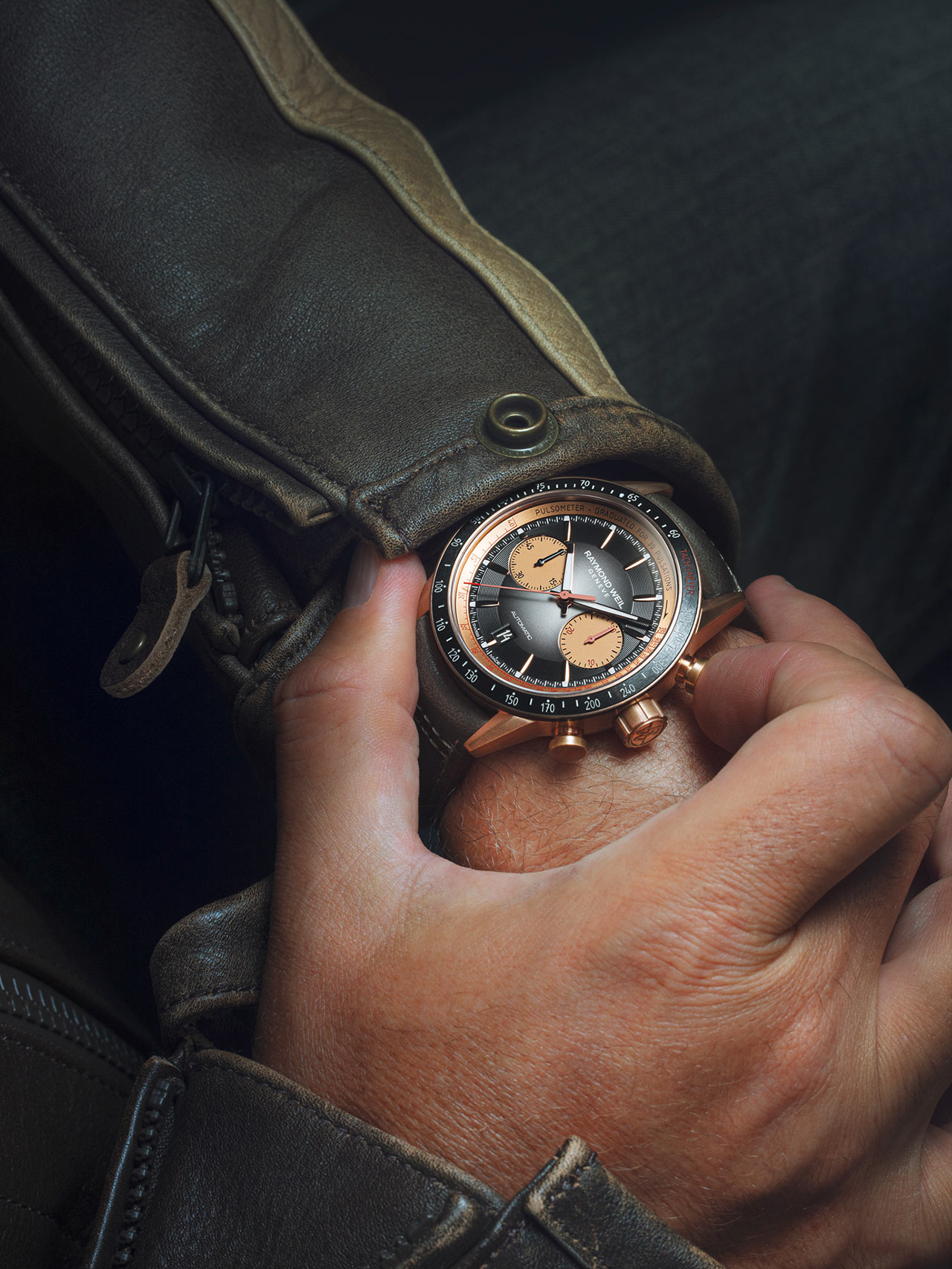 This is an interesting take on the motorbike-watch combination because Raymond Weil are using a custom bike for inspiration. The bike in question was designed especially for Raymond Weil by Meister Engineering, a Geneva-based bike customisation and vintage restoration service.

What that means is that there’s a lot of cross pollination of design elements between the watch and bike, since they were designed in tandem. For example, the overall colour scheme of the watch is inspired by the bike. The watch has a bronze 43.5mm case with a matching tone pulsometer and bi-compax chronograph subdials that emulates the rose gold accents of the bike. 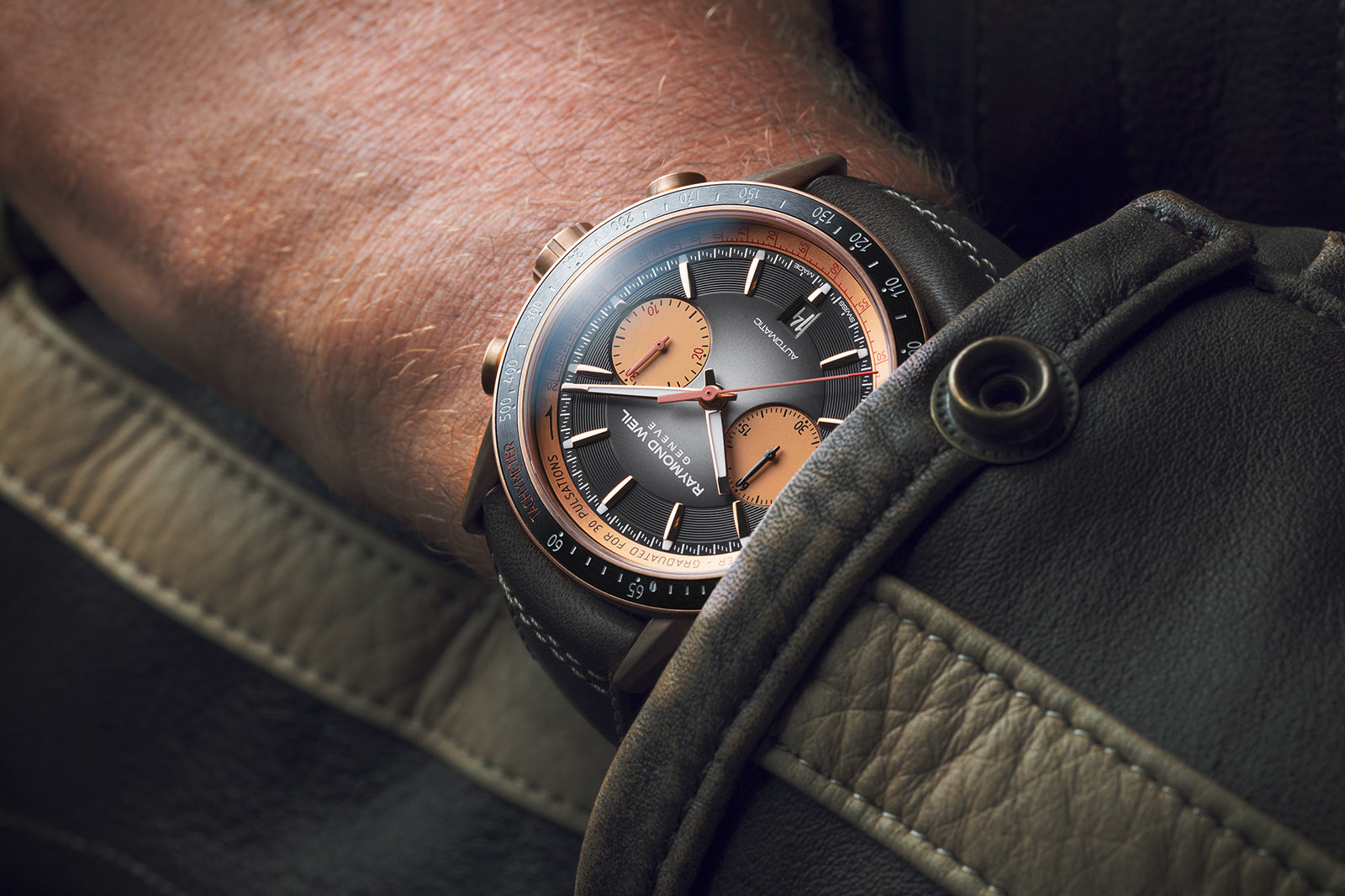 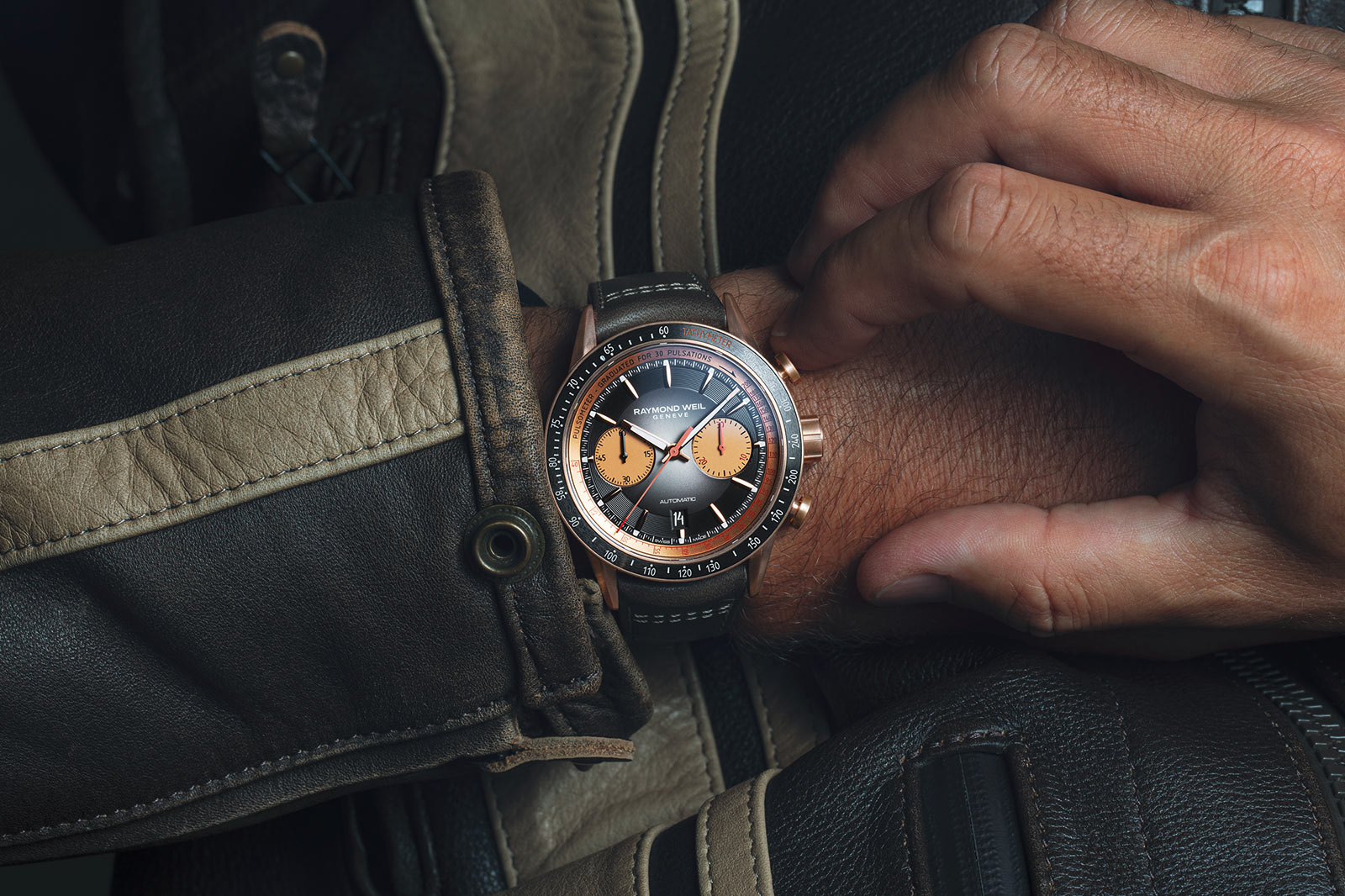 The bike’s black body is then represented by the black fumé dial. In contrast, the bike’s fuel cap bears a depiction of the watch’s ceramic tachymeter bezel and pulsometer flange scales.

The Raymond Weil Freelancer Chronograph Bi-Compax 7780 uses the contrasting colours of the bike’s colour scheme to great effect on its dial. The black fumé works well with the myriad of bronze, orange and gold tones. 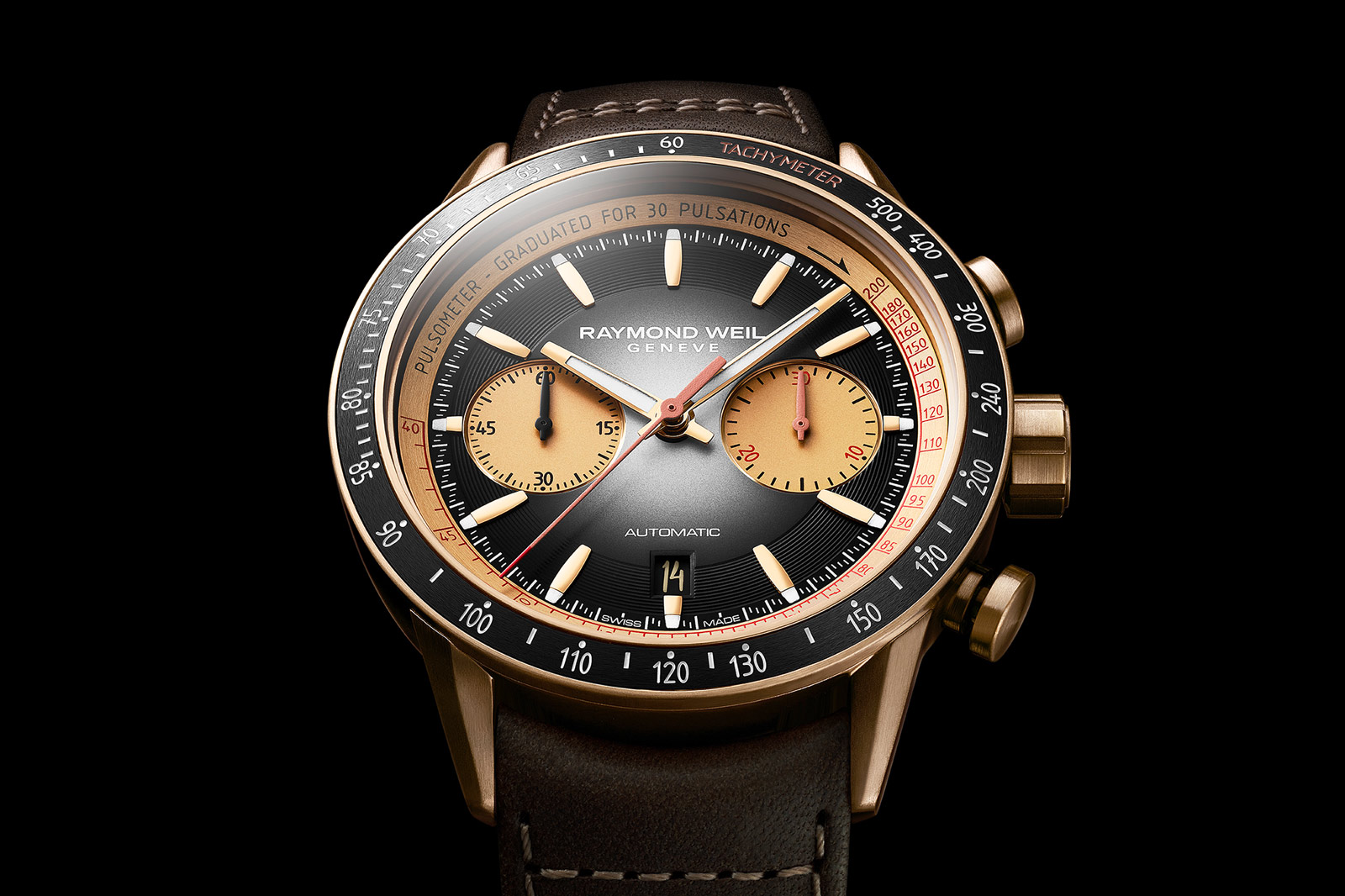 Diving into the specifics of the display, there are bronze coloured running seconds and 30-minute counter subdials at 3 and 9 o’clock and an orange chronograph seconds hand in the centre – plus orange is also used for the 30-minute counter’s hand and scale.

Lastly gold is used for the hour markers, hours hand and minutes hand. In terms of finishing, the gradient of the black fumé is smooth and leads outward to a snailed hour track. 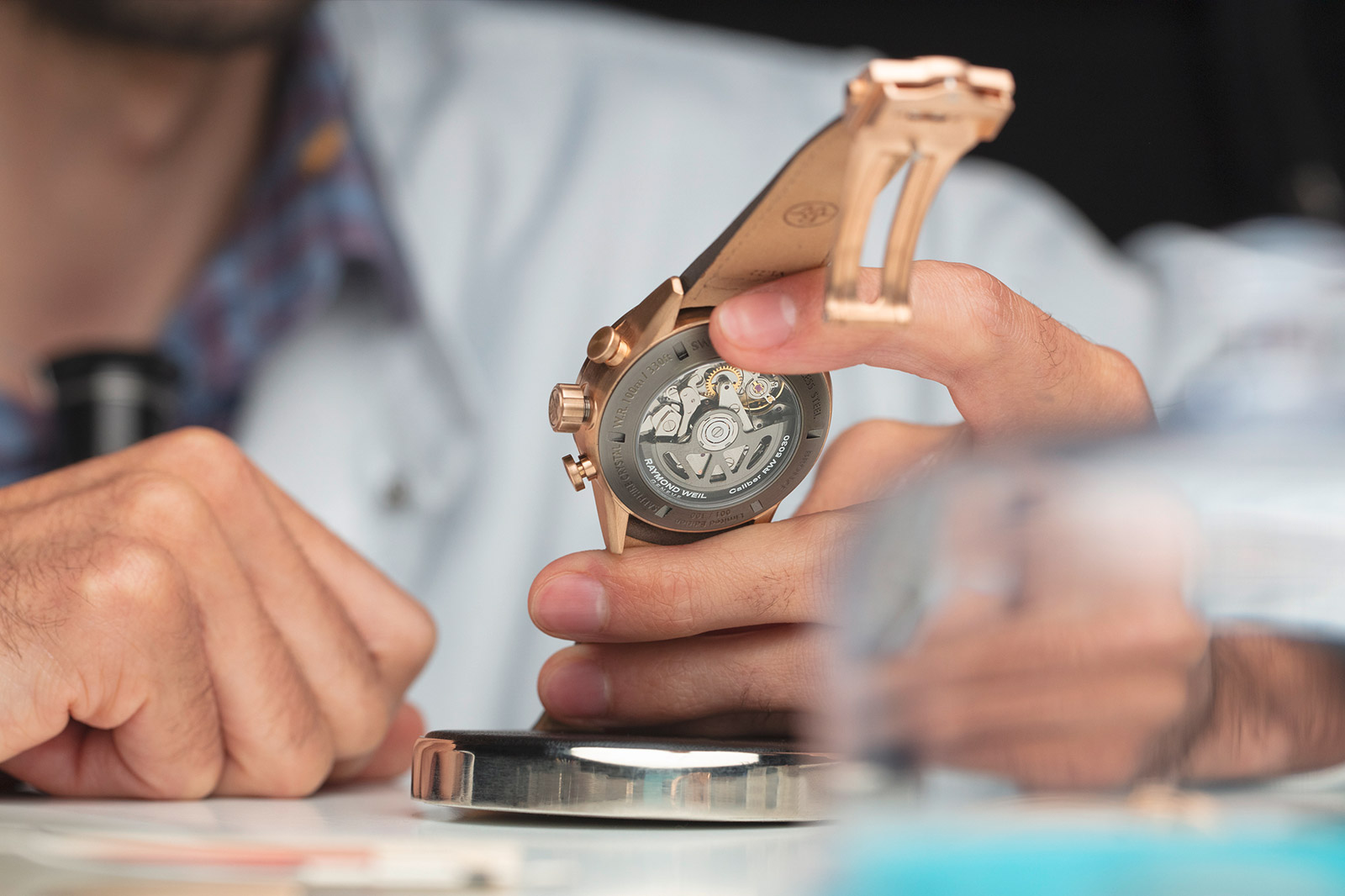 Just like the motorbike, portions of the Freelancer’s engine are displayed thanks to an exhibition caseback. The movement is the in-house automatic calibre RW5030.

It looks great with a skeletonised rotor and the specs back it up too with a 56-hour power reserve. In addition to all of the functions already mentioned, the movement also features a date complication at 6 o’clock. 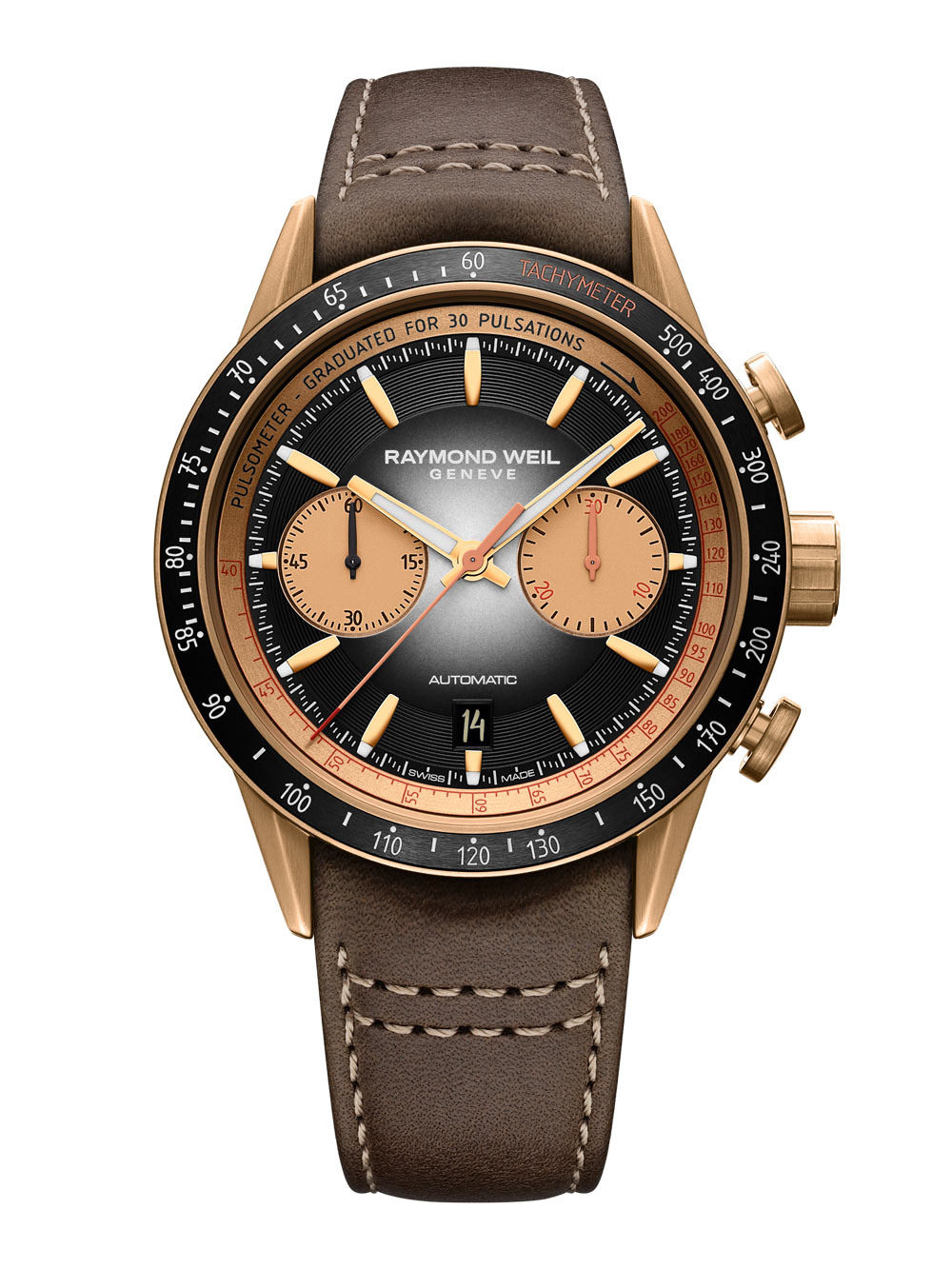 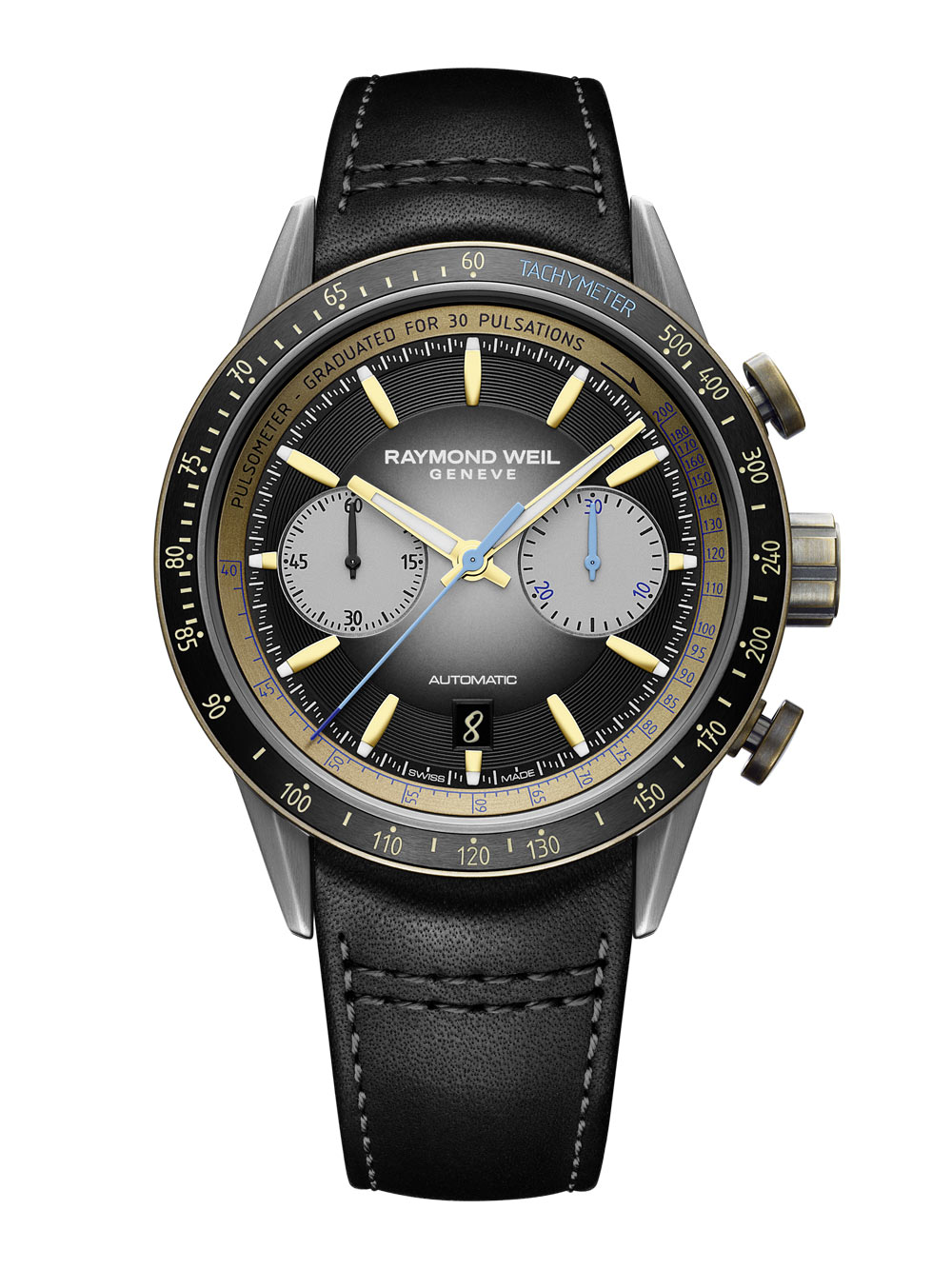 As this is a limited edition, only 300 pieces will be available. They come presented on a dark brown leather strap that’s based on the seat of the custom bike, which is a nice touch.

It’s worth noting that if you’re not a huge fan of motorcycles, there’s also be a second, non-limited version that’s less inspired by the bike with elements of titanium in the case and blue accents. The limited edition is priced at £3,495 and the alternative is £2,995.