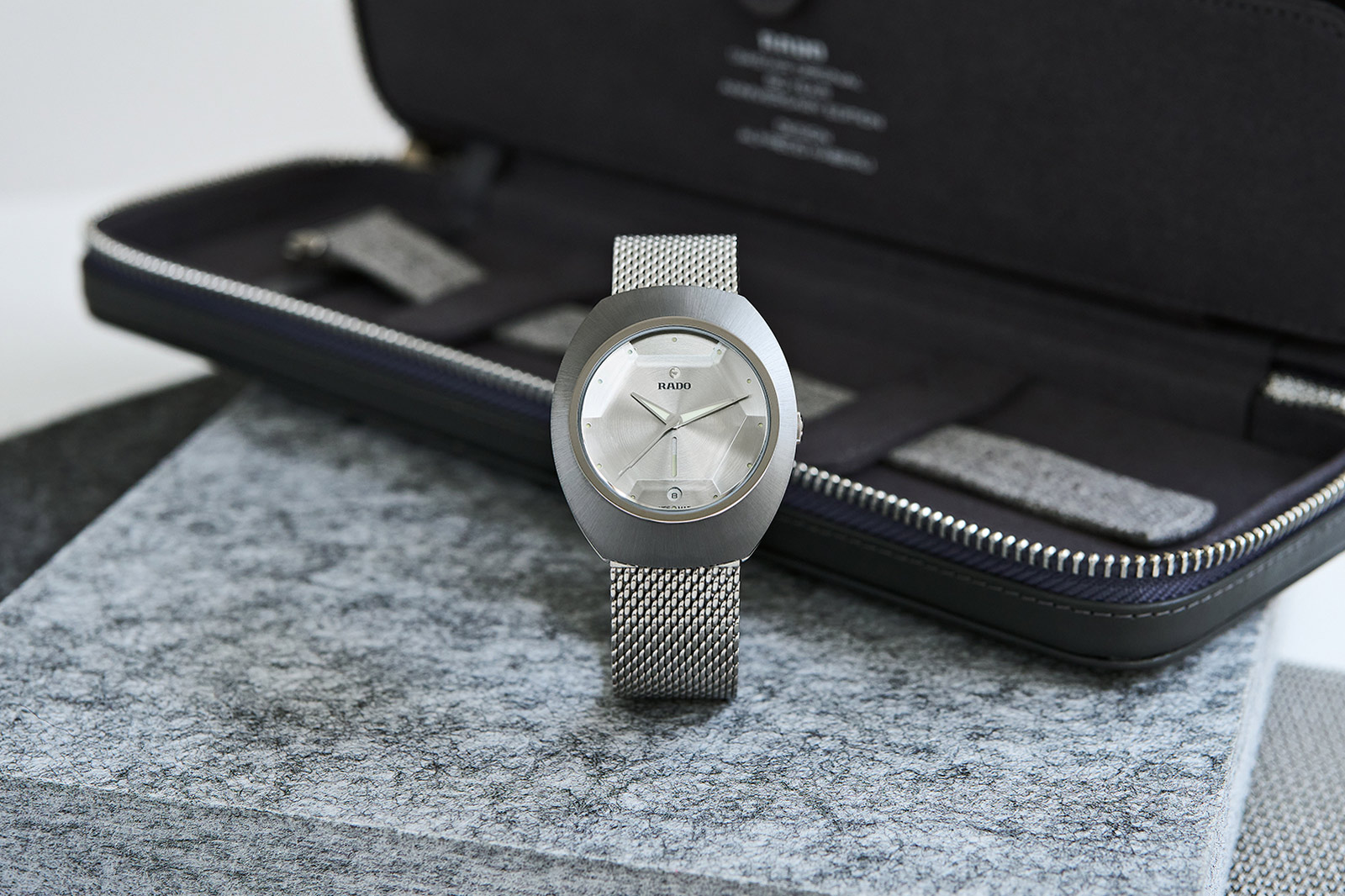 Imagine the year is 1962 and you run a successful watch brand called Schlup & Co. Looking around at the watch market, it’s over saturated with delicate gold timepieces with enamel dials that become scuffed and scratched all too easily. There is a massive gap in the market for a durable, scratch resistant timepiece. What would you do? What Schlup & Co. actually did was rename themselves Rado and create the DiaStar, a watch celebrating its 60th anniversary with the new Rado DiaStar Original 60-Year Anniversary Edition. 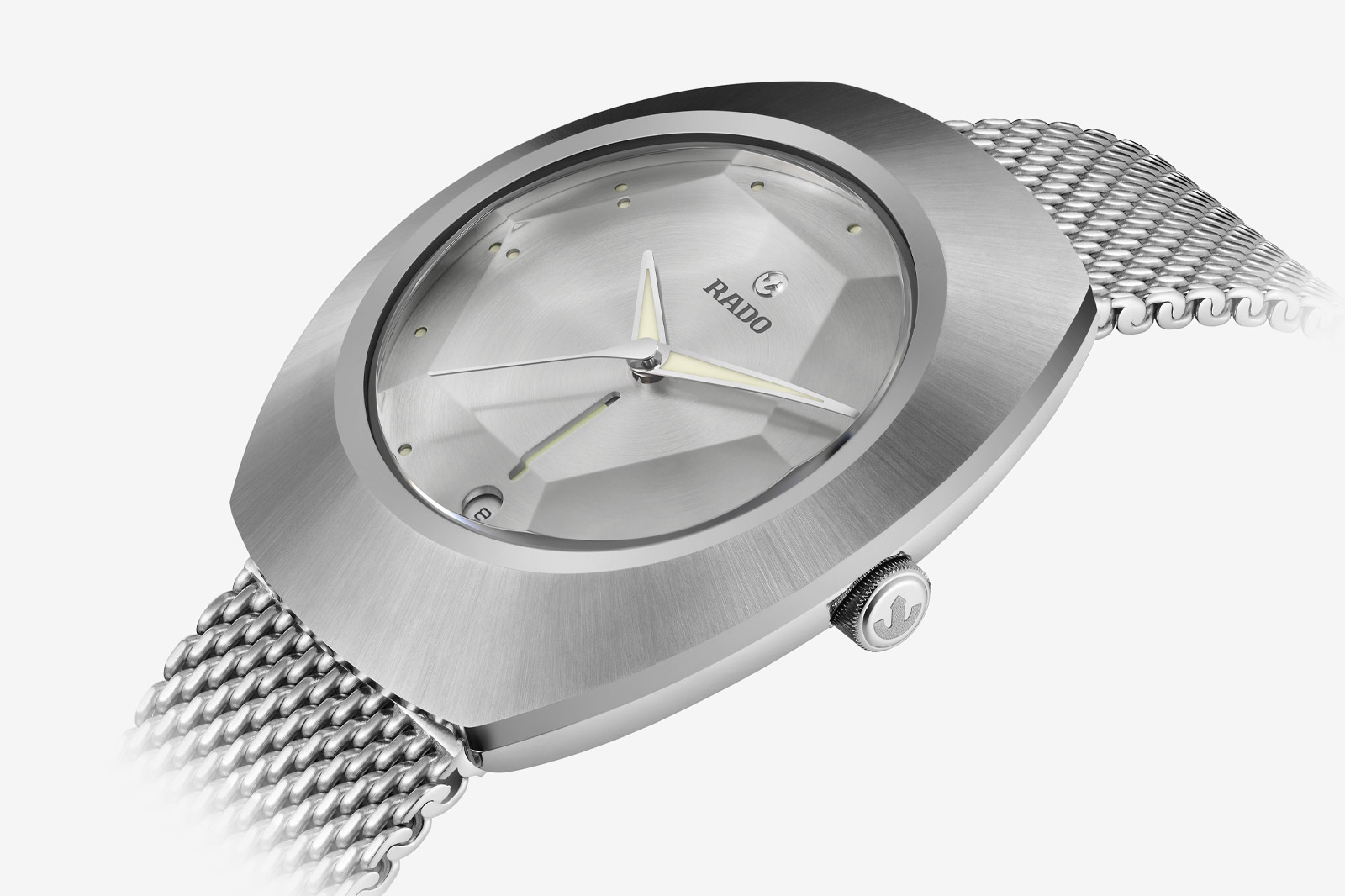 What I find most intriguing about the DiaStar is that if you break down the core elements of its design – the durable case, unusual proportions and elegant dial – what you get is the recipe for sports luxe timepieces. Which is interesting because the sports luxe revolution, spearheaded by the Royal Oak, wouldn’t happen until 10 years later in 1972. The Rado DiaStar was well ahead of its time, which might be why it wasn’t an instant success at its launch in the west, although it has now come to be well regarded. 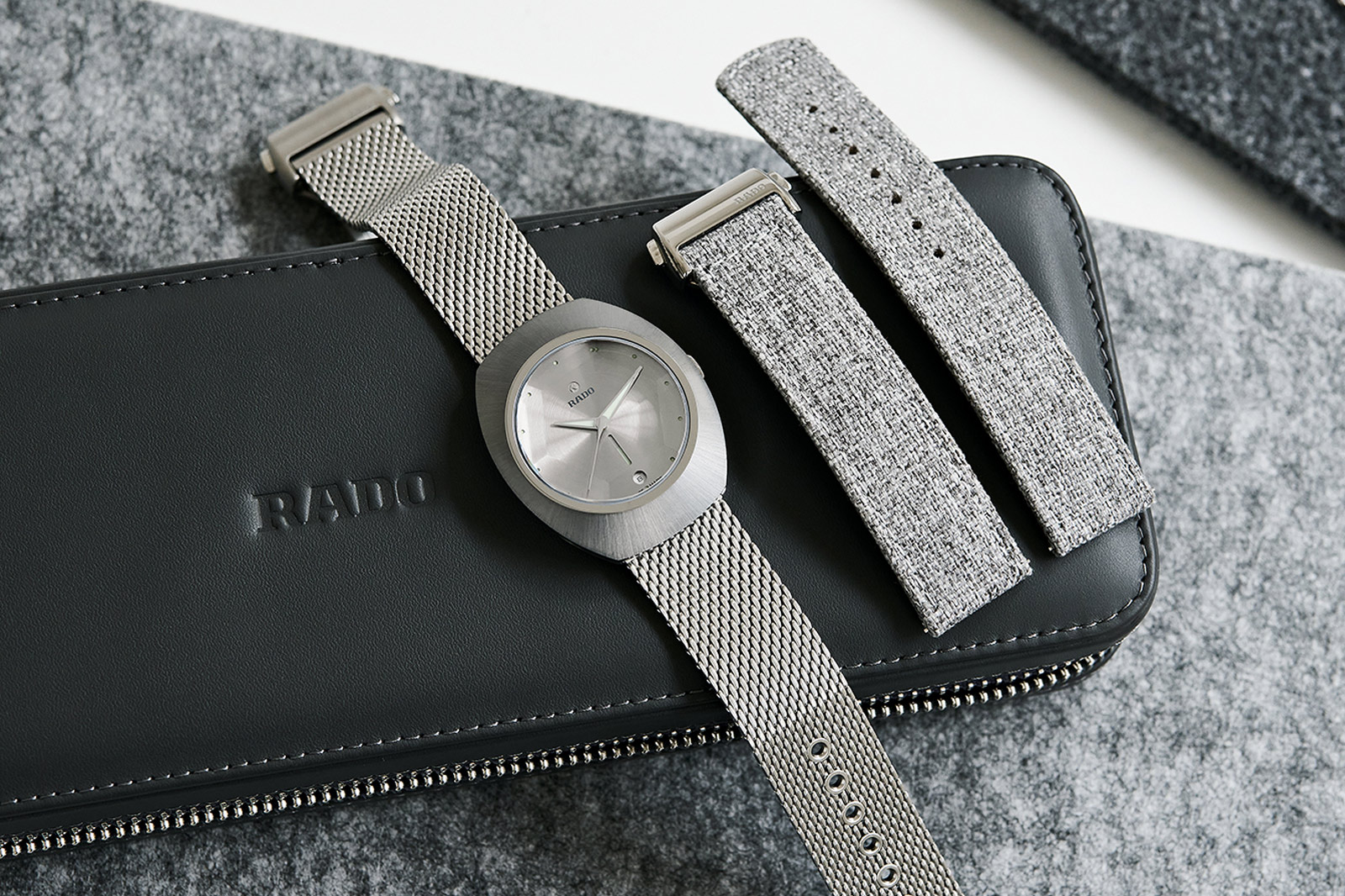 For the DiaStar Original 60-Year Anniversary Edition Rado have maintained the main components of the DiaStar design. It has a 38mm diameter case with a length of 45mm made from stainless steel with the characteristic sloped, oval sides that give it its signature look. In keeping with Rado’s drive to be ‘Master of Materials’ they’ve also used some high-tech ceramic, specifically a version called Ceramos, for the watch’s broad, radial-brushed bezel. 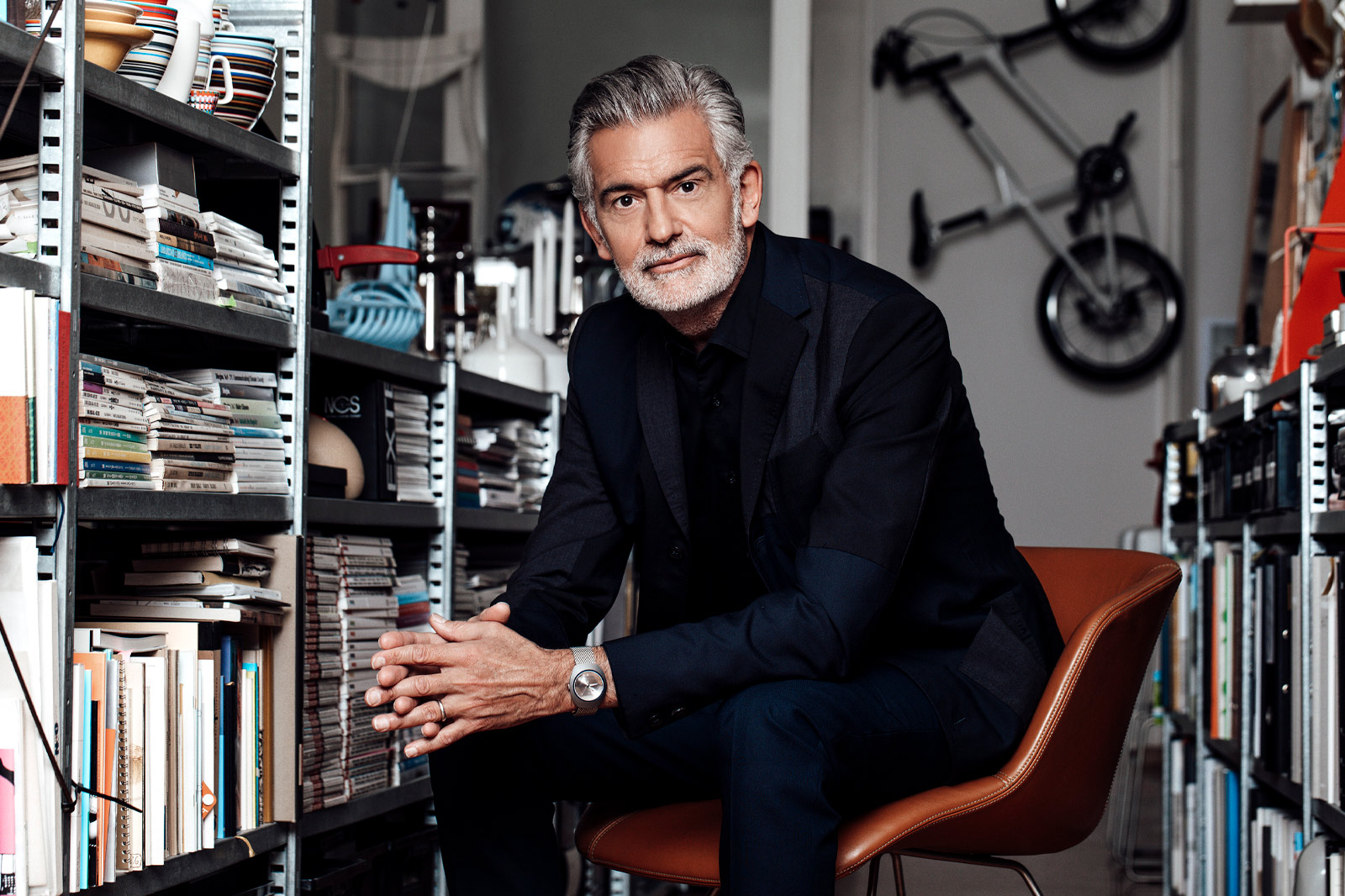 The anniversary edition was designed in collaboration with Swiss-Argentinian designer Alfredo Häberli. Together they created the distinctive facetted sapphire crystal that forms the centrepiece of the anniversary edition. The facets create a hexagonal shape that distorts the silvery dial below, creating the illusion that the dial itself is facetted. This is the second time recently that watchmakers have used the crystal of a watch to impact the perception of the dial, with the other example being the Gucci Coloured Glass. The six lines of the hexagon represent the 60 years of the DiaStar. 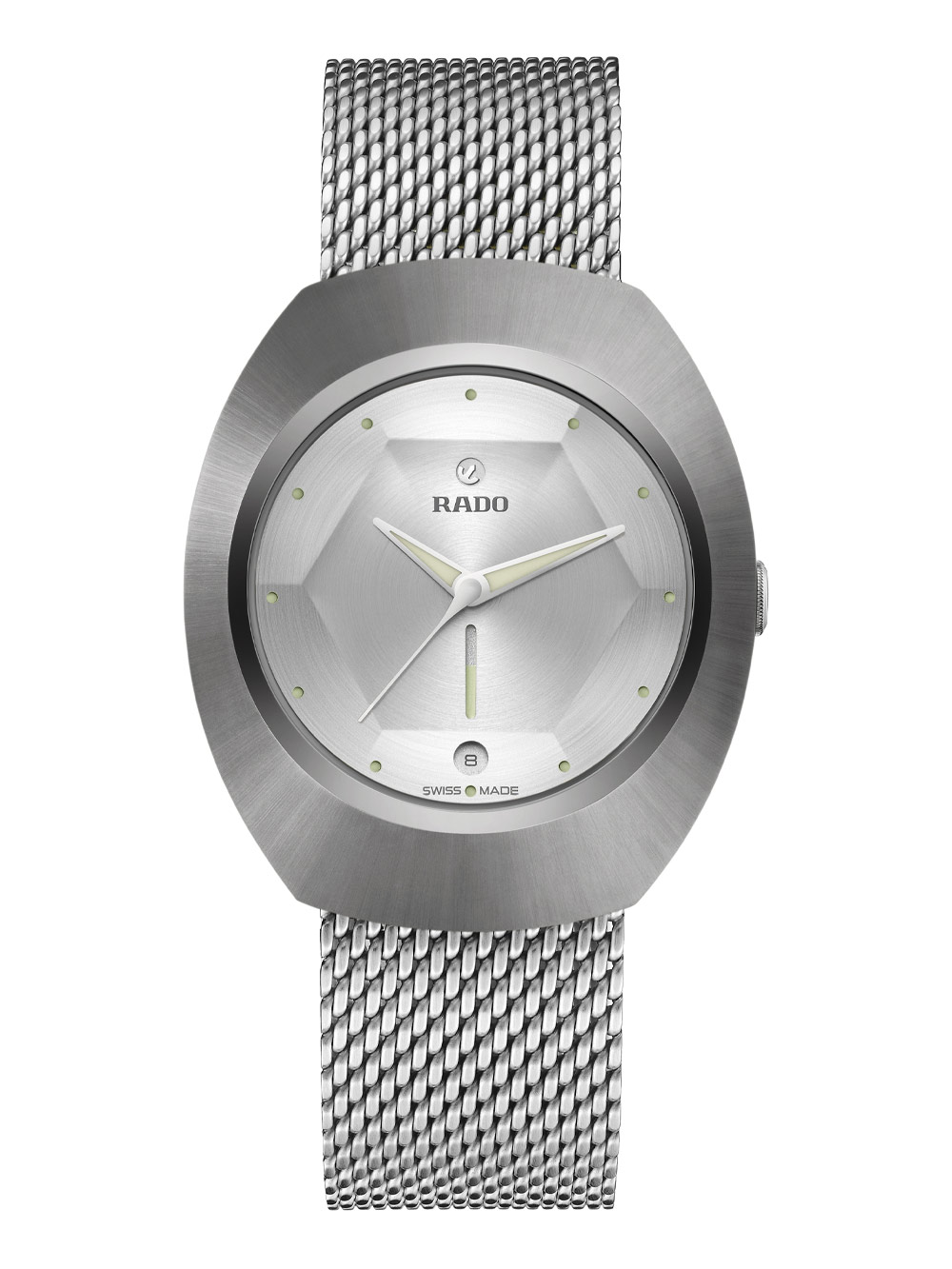 Housed inside is the Rado R764 automatic movement, based on an upgraded ETA 2824. It has an impressive 80-hour power reserve and features hours, minutes, seconds and a day-date function. The movement is hidden behind a solid steel caseback bearing a commemorative engraving. 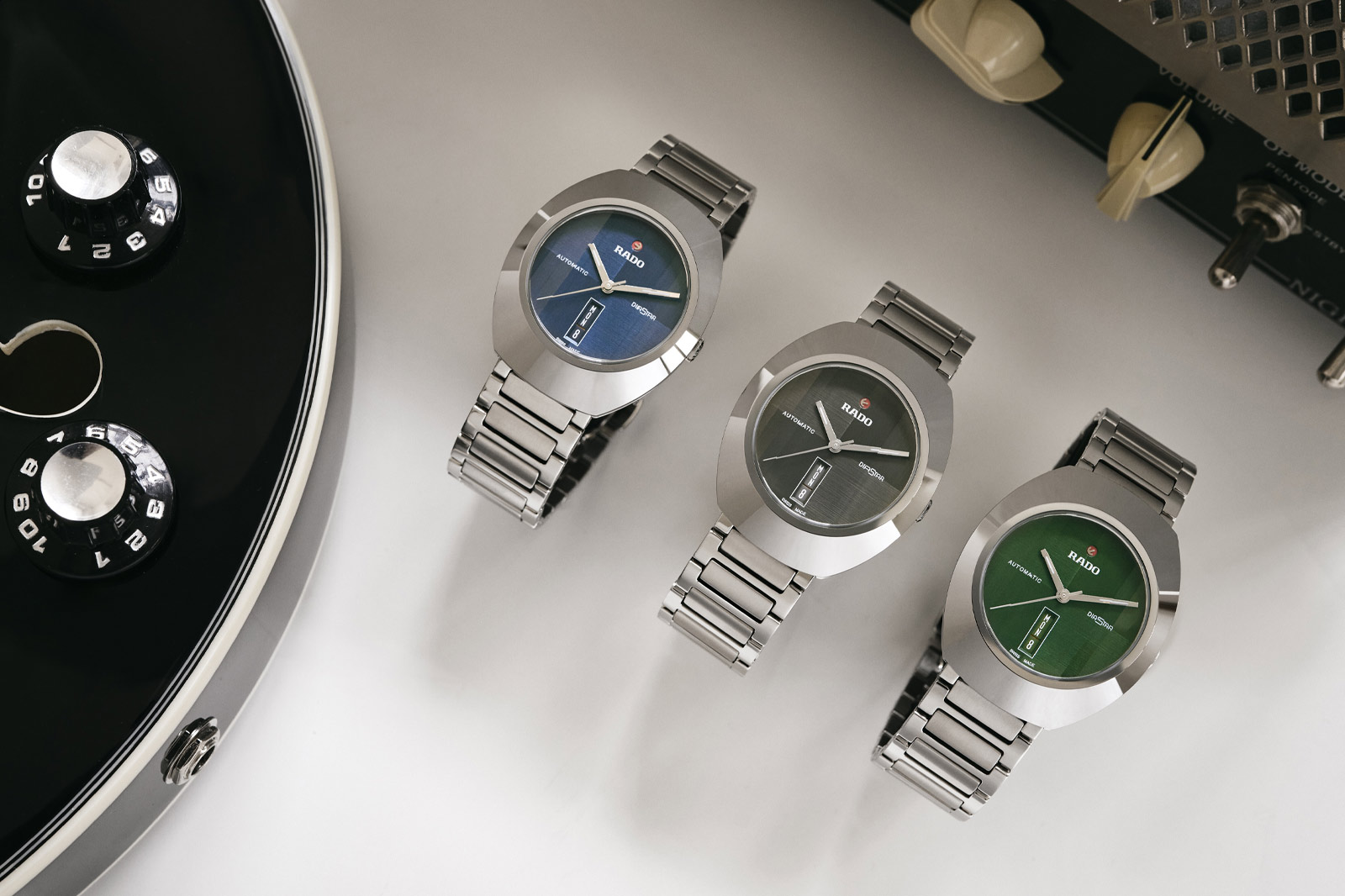 In addition to the Rado DiaStar Original 60-Year Anniversary Edition, Rado are also launching three non-anniversary versions of the same watch simply called the DiaStar Original. They have the same design except the case has a polished finish instead of brushed and the sapphire crystal has vertical facets instead of hexagonal. The three variations are blue, green and black with each of the dials featuring segmented brushed finishes. 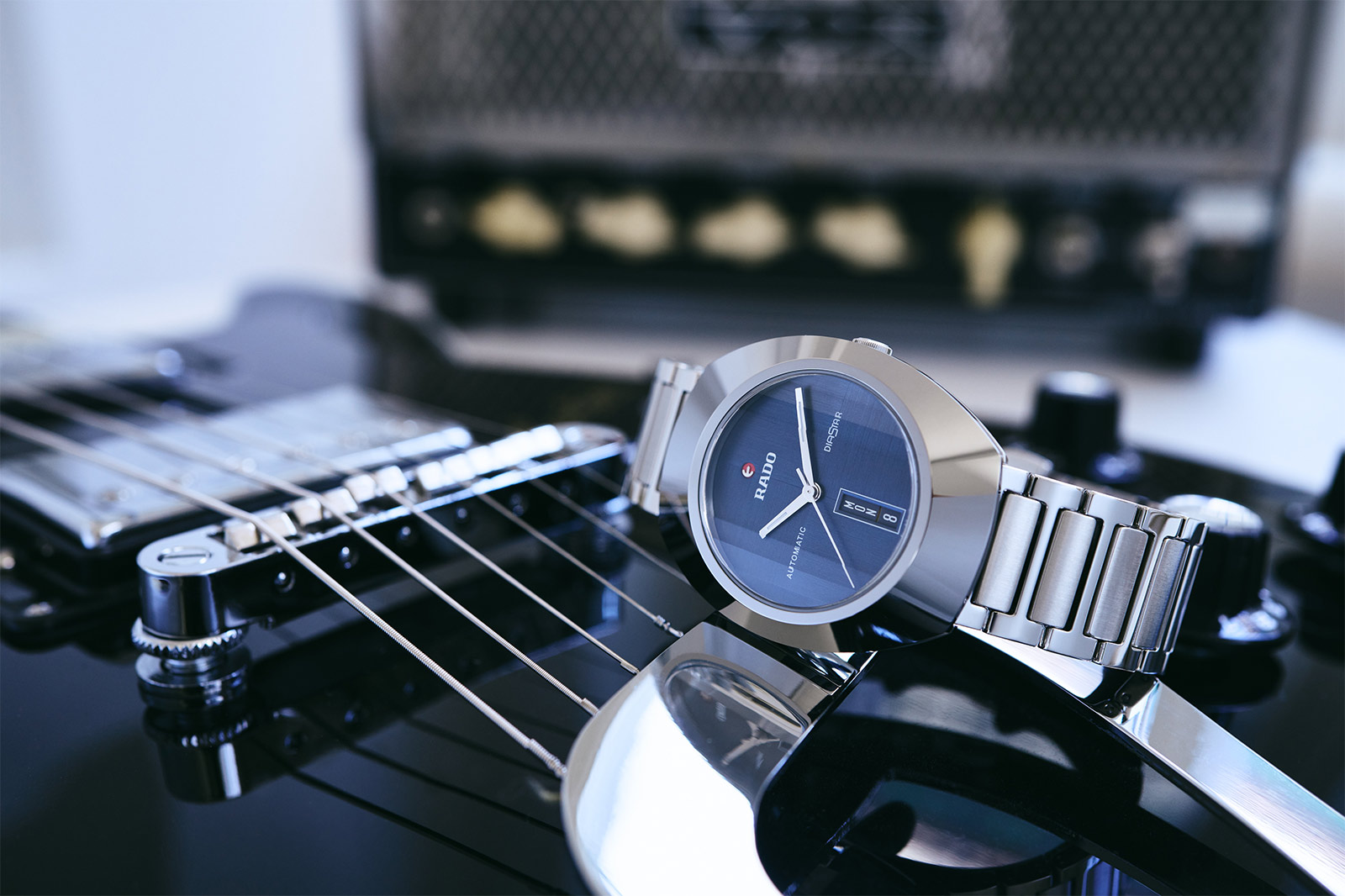