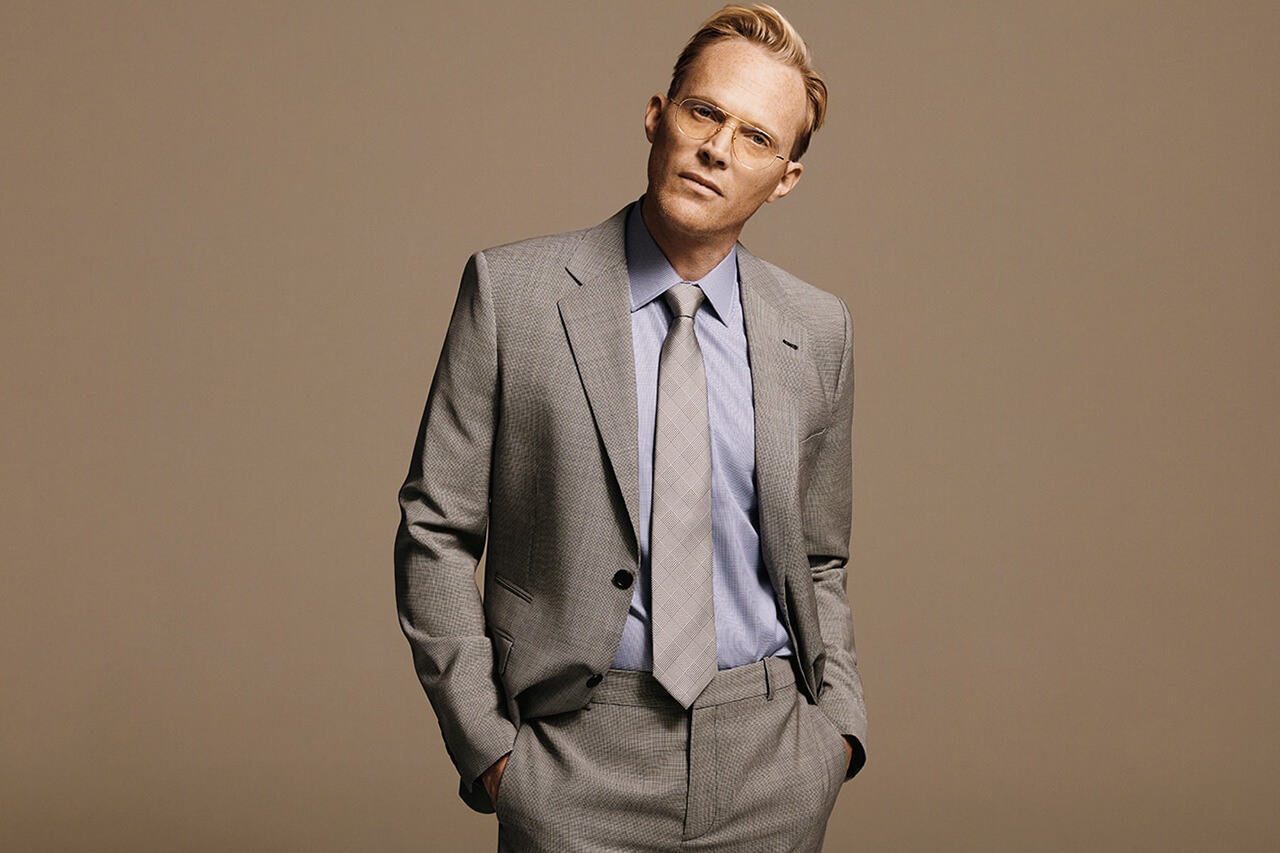 Vintage style is super popular at moment and it’s easy to see why. It has a warmth to it that modern, hard angled designs simply can’t replicate. One man who knows how to pull off a vintage look is the actor Paul Bettany. He has captured the essence of British style in countless films such as A Knight’s Tale, Gangster No. 1 and A Beautiful Mind. His most recent performance is in Marvel’s WandaVision, taking his superhero alter ego Vision back in time to 1950s America. But when he’s not dressed up for a role (or dressed down in the case of Knight’s Tale…) it’s his watches that really draw the eye and mark him as a vintage connoisseur.

Like most actors who frequent the red carpets of the world, Bettany can often be spotted wearing some impressive timepieces, and we’ll look at one of those later, but the really special watch in his collection is the one he wears everyday: the Patek Philippe Calatrava. 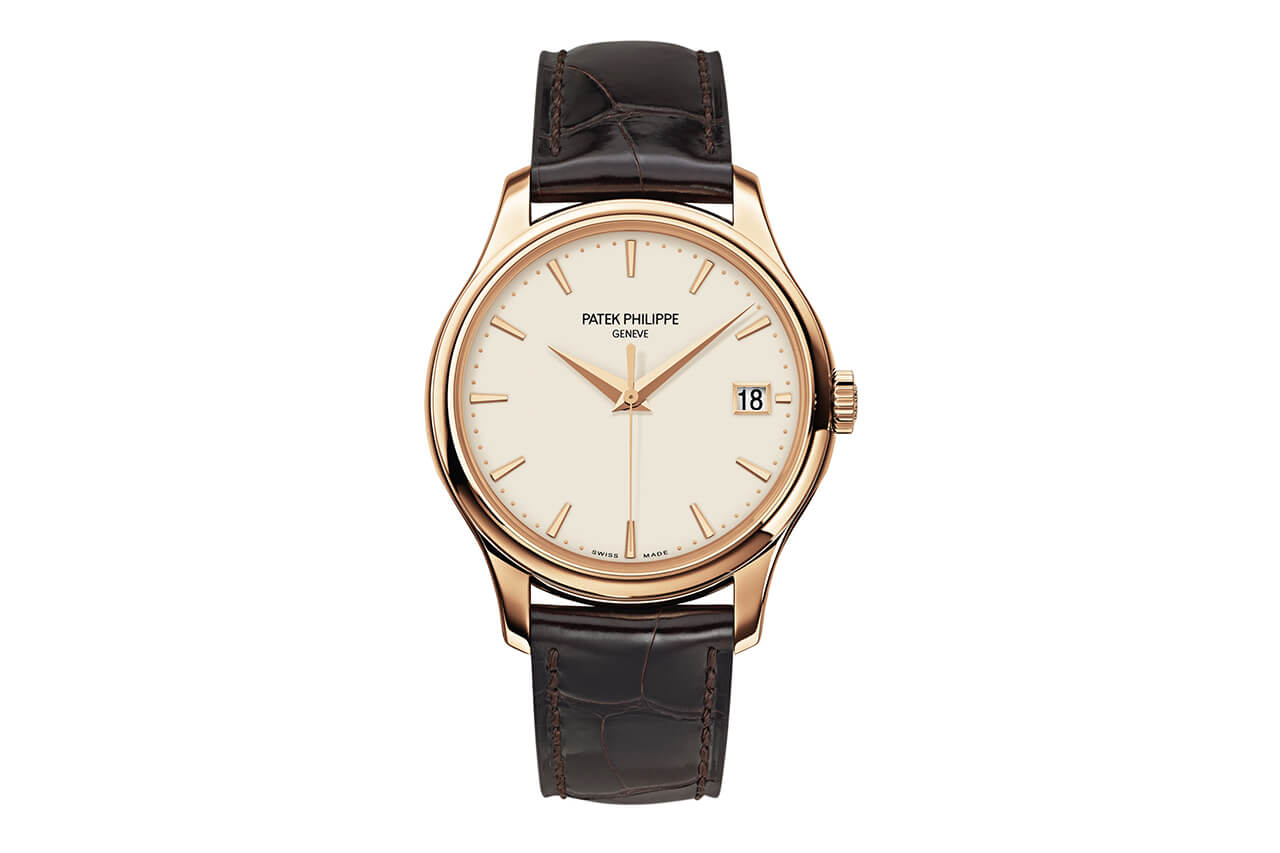 The Calatrava is an elegant and understated piece with very few baubles. The ivory lacquer dial is unassuming with gold hour markers and matching gold case, coming in at around £29,150 for a brand new one. It doesn’t dominate either at a nice 39mm diameter, allowing it to compliment a range of outfits, perfect for daily wear just as Bettany uses it. His was a gift from his wife for his 40th birthday and there are few presents that could be more cherished.

How did his wife know that it would be the perfect gift? Well, it’s actually the second Patek Phillipe that Bettany has owned. In his collection is an original from the 1930s, not just a re-issue but a genuine vintage piece. It was so gorgeous that Bettany couldn’t resist wearing it so often that it broke regularly – making the gift of a new one inspired, as it protected the vintage piece and at the same time reduced the chances of Bettany being late to the red carpet because his watch had stopped. 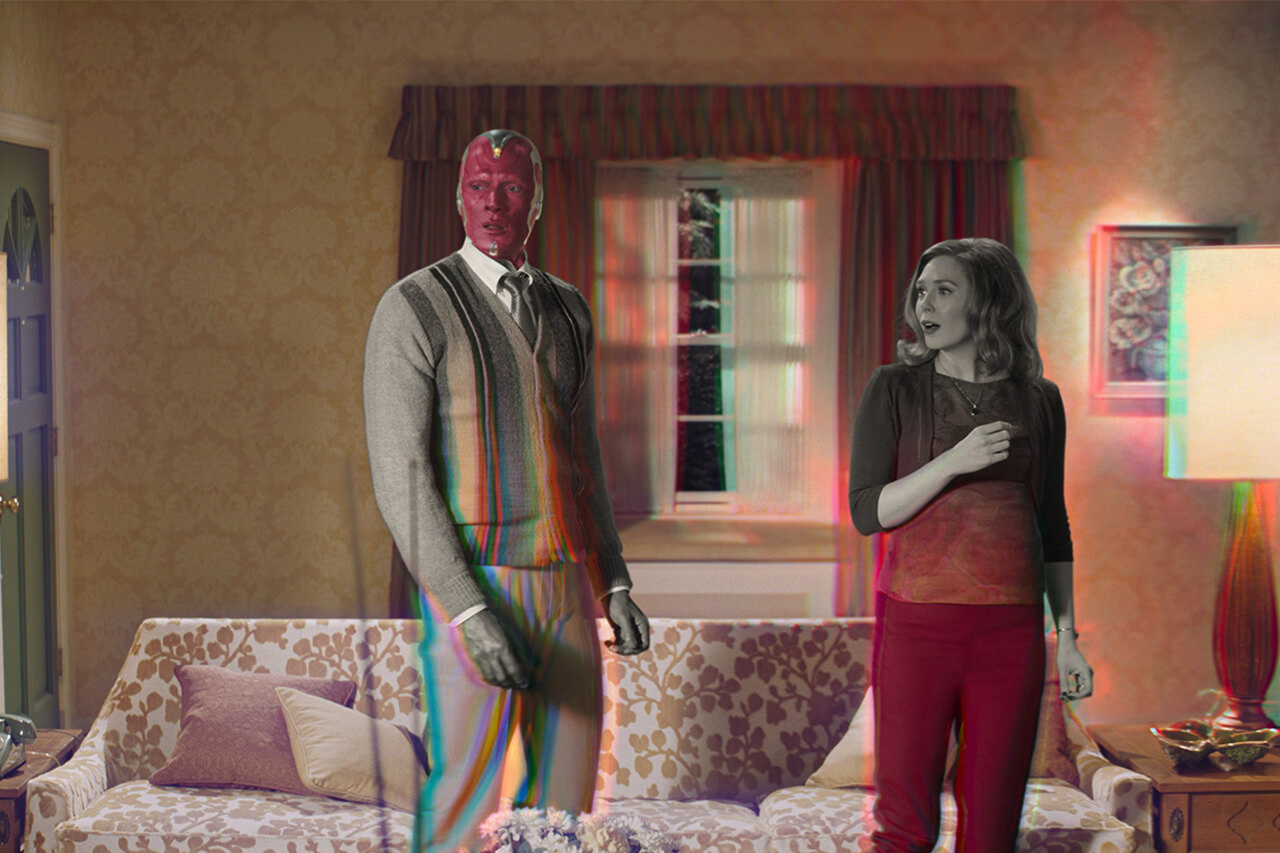 The vintage theme is continued by the actor’s latest project called WandaVision, which is currently being released on Disney+. In it, Bettany plays his iconic Marvel Cinematic Universe character, Vision, the high-tech sentient android, but this time with a twist. Vision and Wanda find themselves transported back in time and are apparently stuck living in an old American style sit-com. It’s full of nostalgia with nods to classic shows that we all recognise. In some ways, the show messes with your mind, after all, Bettany is a modern vintage actor playing a modern role inside a modern vintage show – it almost hurts your brain to think about. 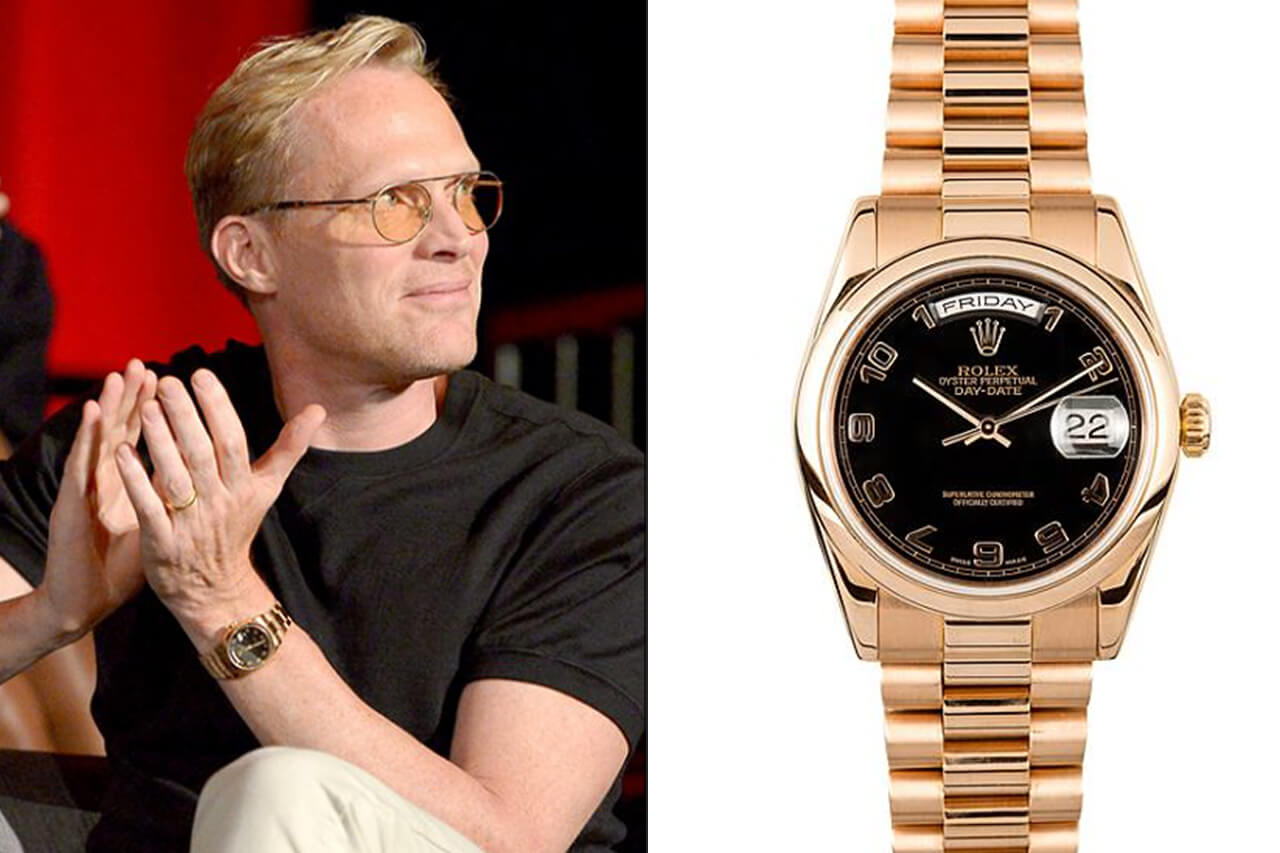 Of course, we can’t mention Marvel without talking about the watches Bettany has worn to the blockbuster premieres. A notable event where there were a couple of flashy pieces flying around was the Avengers Infinity War tour, which saw Robert Downey Jr. showing off a $605,000 Gruebel Forsey – then again, Downey Jr. is a bit of a watch fanatic. Bettany’s timepiece wasn’t quite in the same league, but few are, and his Rolex President Day-Date is much closer to what we expect from the red carpet.

Selling new for a much more reasonable $30,000+, the President Day-Date is available in a mixture of gold and platinum designs, the one Bettany was sporting was in EverRose gold. As you’d expect from a watch called the Day-Date it has the capacity to tell both the day and the date, but hey, at least it looks nice with the iconic fully-printed days in the 12 o’clock position.