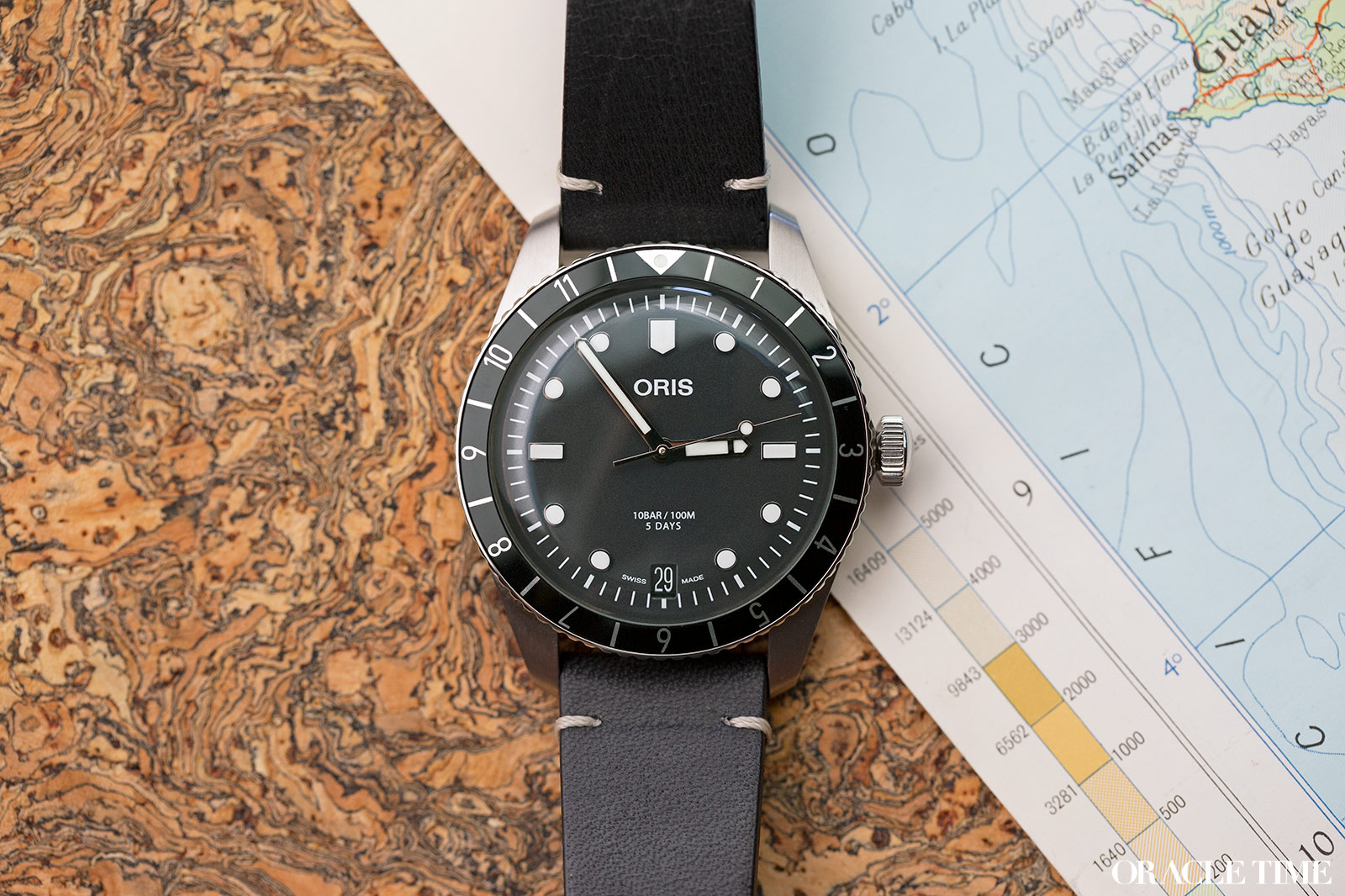 Ever since Oris launched their premier diving movement last year, the Calibre 400, we’ve been patiently waiting for it to be implemented into some of their coolest watches. Now the wait is over with the launch of the Oris Divers Sixty-Five 12H Calibre 400, combining their most modern movement with their most retro diver.

I’m somewhat spoiled for choice as in front of me I have both versions of the new watch, one on a leather strap and the other on a three link stainless steel bracelet. Which to put on first? Or maybe I should just wear both at once? 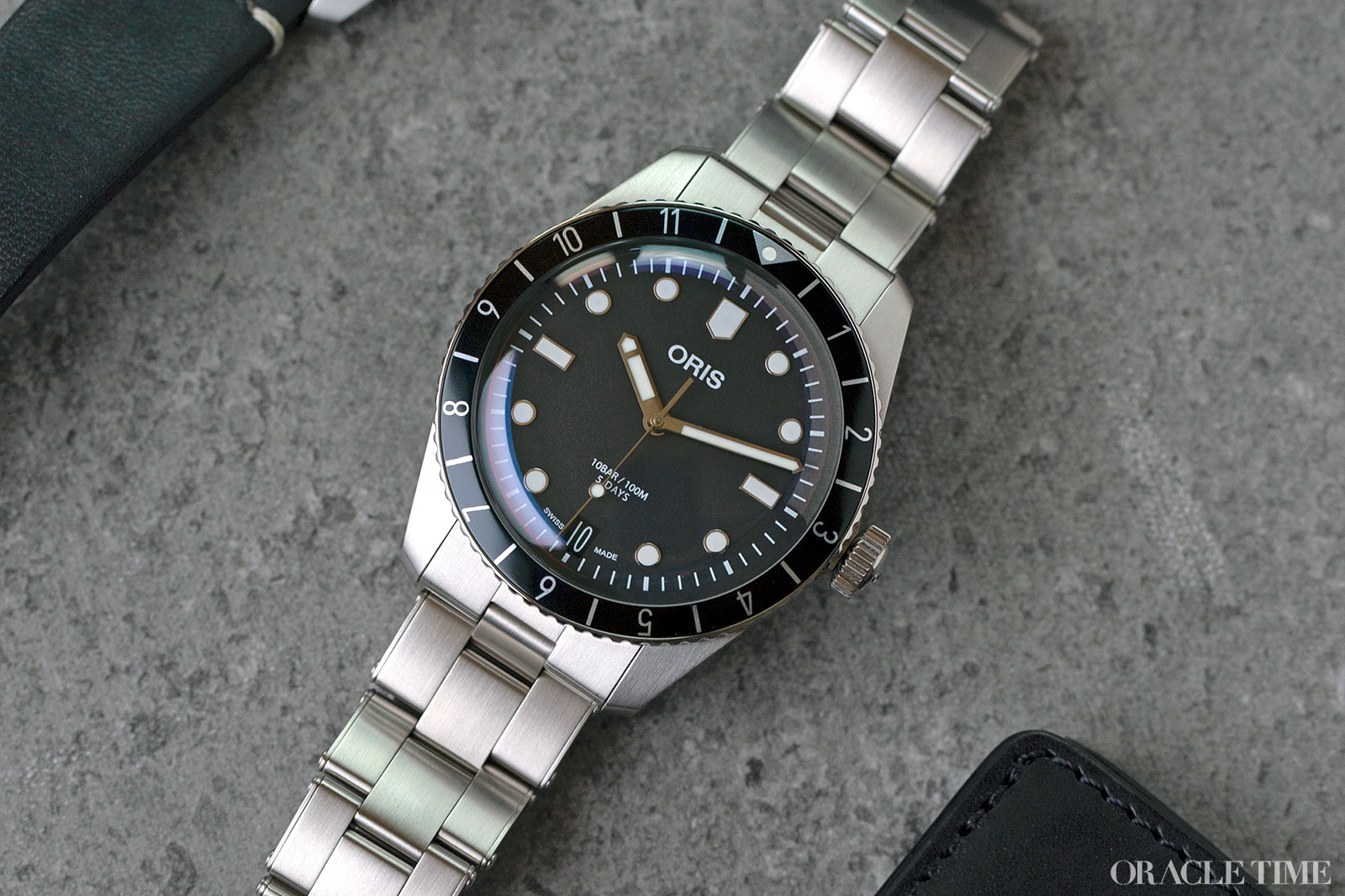 It wouldn’t even be that uncomfortable to wear both on the same wrist because with a 40mm diameter in stainless steel they’re well sized and pretty light weight. The leather strap version in particular feels very light while the braceleted version has a satisfying heft to it in comparison.

Putting them both on (one at a time) they are indeed very comfortable and slip easily under the cuff thanks to a thickness of – checks ruler – approximately 12mm from the exhibition caseback to the top of the domed sapphire crystal. 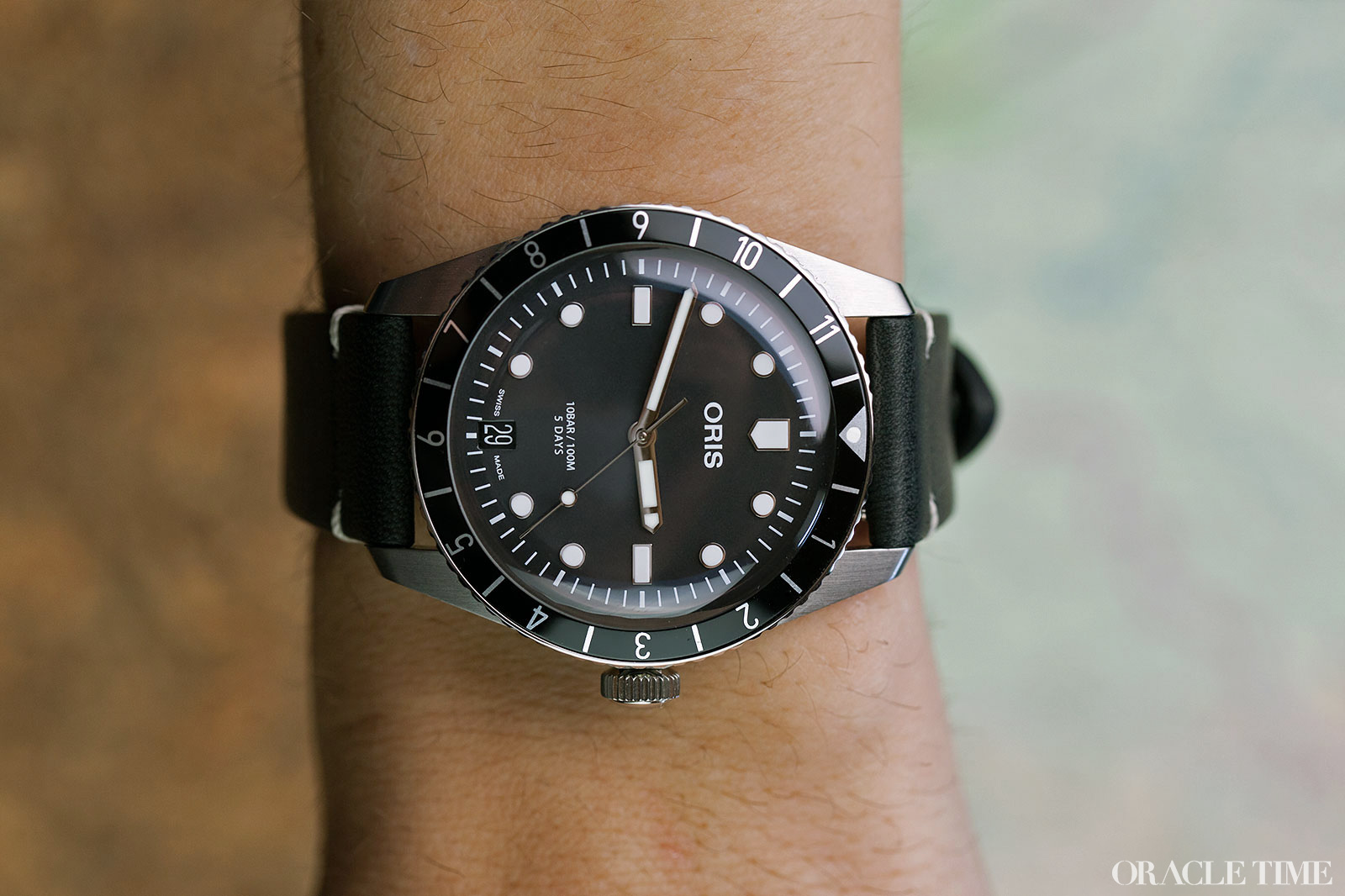 In terms of design, it’s a classic 60s skin diver with a matte black dial and large applied indexes coated with lume. This version also has a bi-directional rotating bezel with a 12-hour aluminium insert, which functions as a second time zone when you line it up with the hour hand appropriately.

It’s also the first Divers Sixty-Five with a bezel like this and while it does sacrifice the traditional diving scale it looks great. By avoiding the more common 24-hour scale, such as found on the Rolex GMT Master II, it allows the watch to have a single hour hand instead of requiring an additional GMT hand, keeping the display legible and clean. 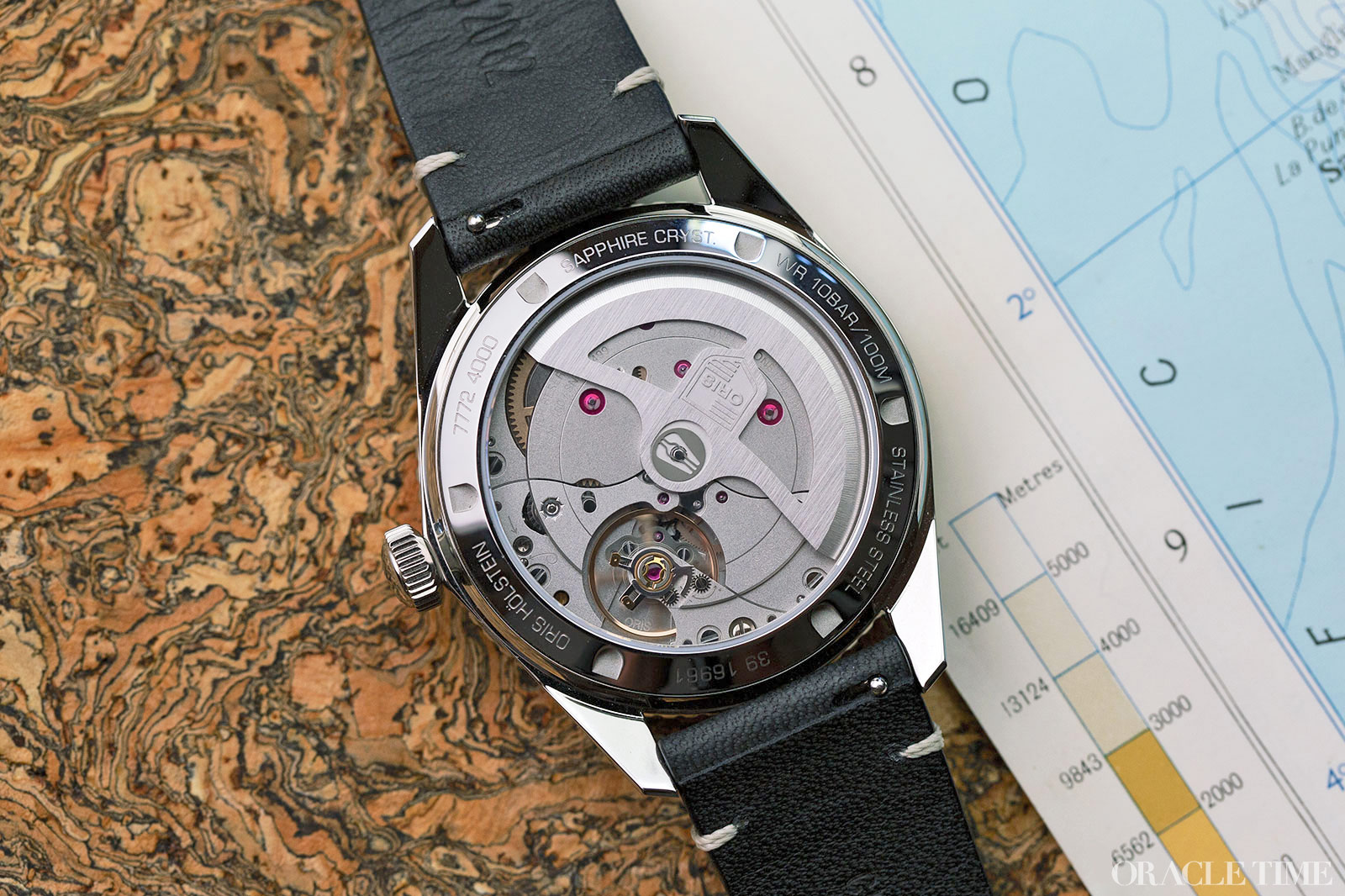 Flipping either watch over reveals the Calibre 400 housed inside. The movement has a stellar 5-day power reserve with automatic winding and it operates with a high frequency of 28,800 vph. It’s an attractive mechanism too with its brushed steel rotor and Oris shield logo. 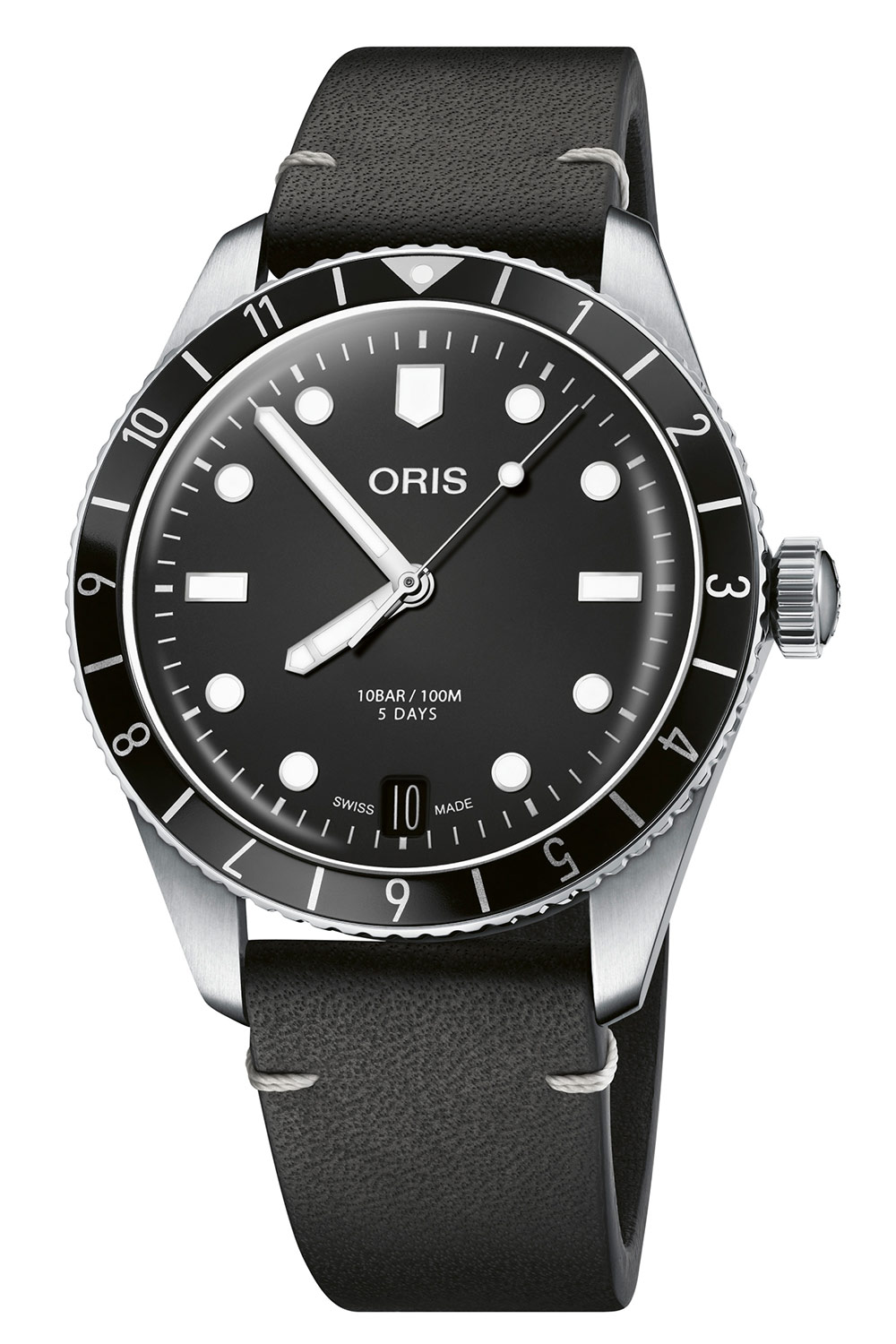 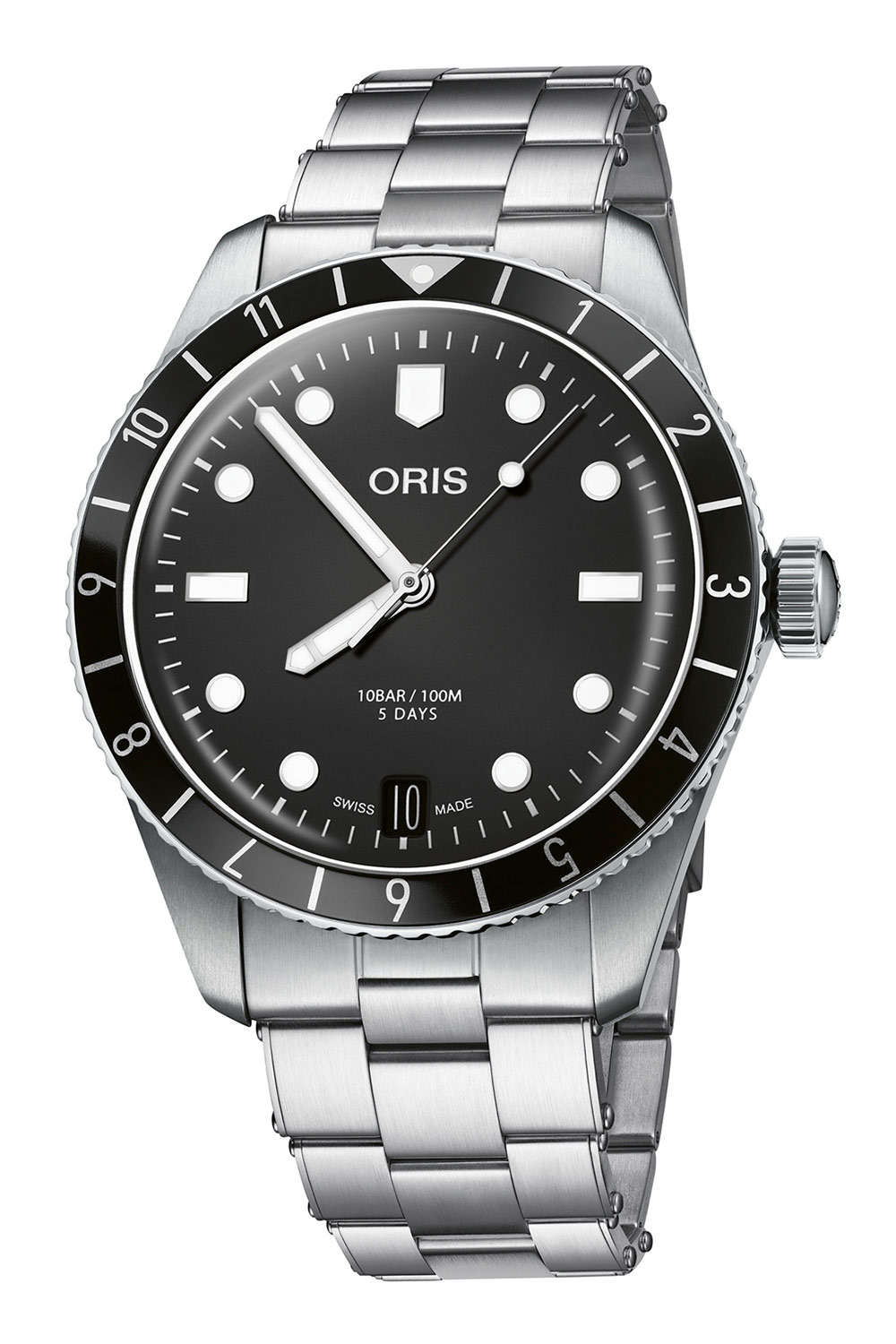 While the Oris Divers Sixty-Five 12H Calibre 400 isn’t as flashy or headline grabbing as last year’s Oris Sixty-Five Cotton Candies, I still find myself drawn to it. It feels great on the wrist, it’s well made and between you and me I’m far more likely to need a second time zone than a dive timer.

Admittedly the new watch is fair bit pricier at £2,550 with a leather strap and £2,750 for the metal bracelet, but then that’s the difference between a 38-hour Sellita movement and a 120-hour in-house one. There isn’t anything I’d change.