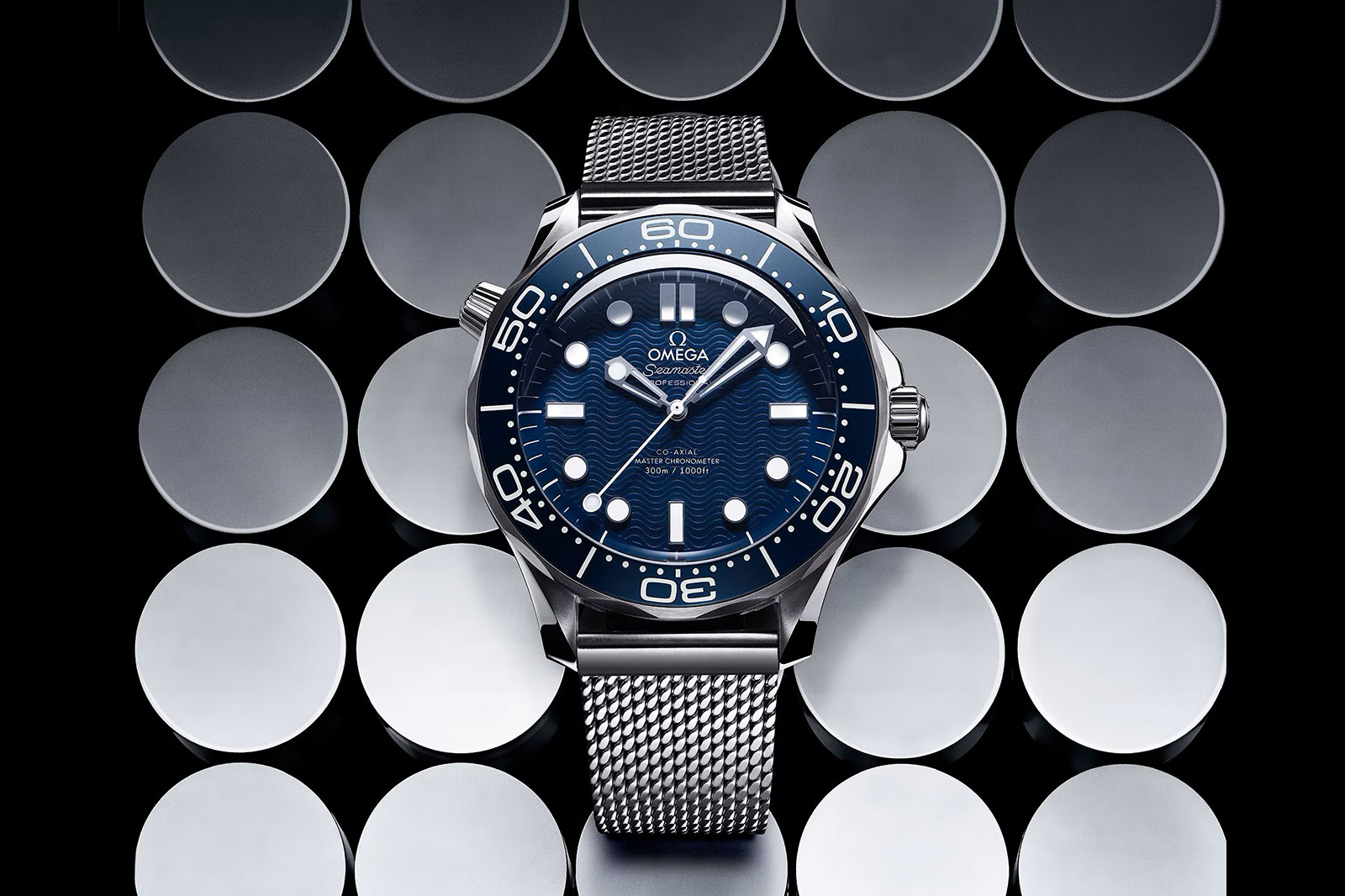 Omega isn’t a watchmaker that’ll ever miss a chance to celebrate – or name drop the world’s most famous superspy in the process. So, as we hit the 60th anniversary of James Bond on screen (Dr. No came out in 1962 if you can believe it), it’s no surprise that the brand is marking the occasion with a new limited-edition watch. What is more of a surprise is that there are two watches to talk about: the Omega Seamaster Diver 300m 60 Years of James Bond in stainless steel and Canopus gold.

It’s worth mentioning that Omega’s actual relationship with Bond doesn’t stretch back 60 years. For the majority of Bond’s film life, he’s run through a fair few accessories, ranging from Rolex to Seiko, via insane gadgets of every stripe. It wasn’t until Goldeneye (for England, James) in 1995 that the relationship really began. 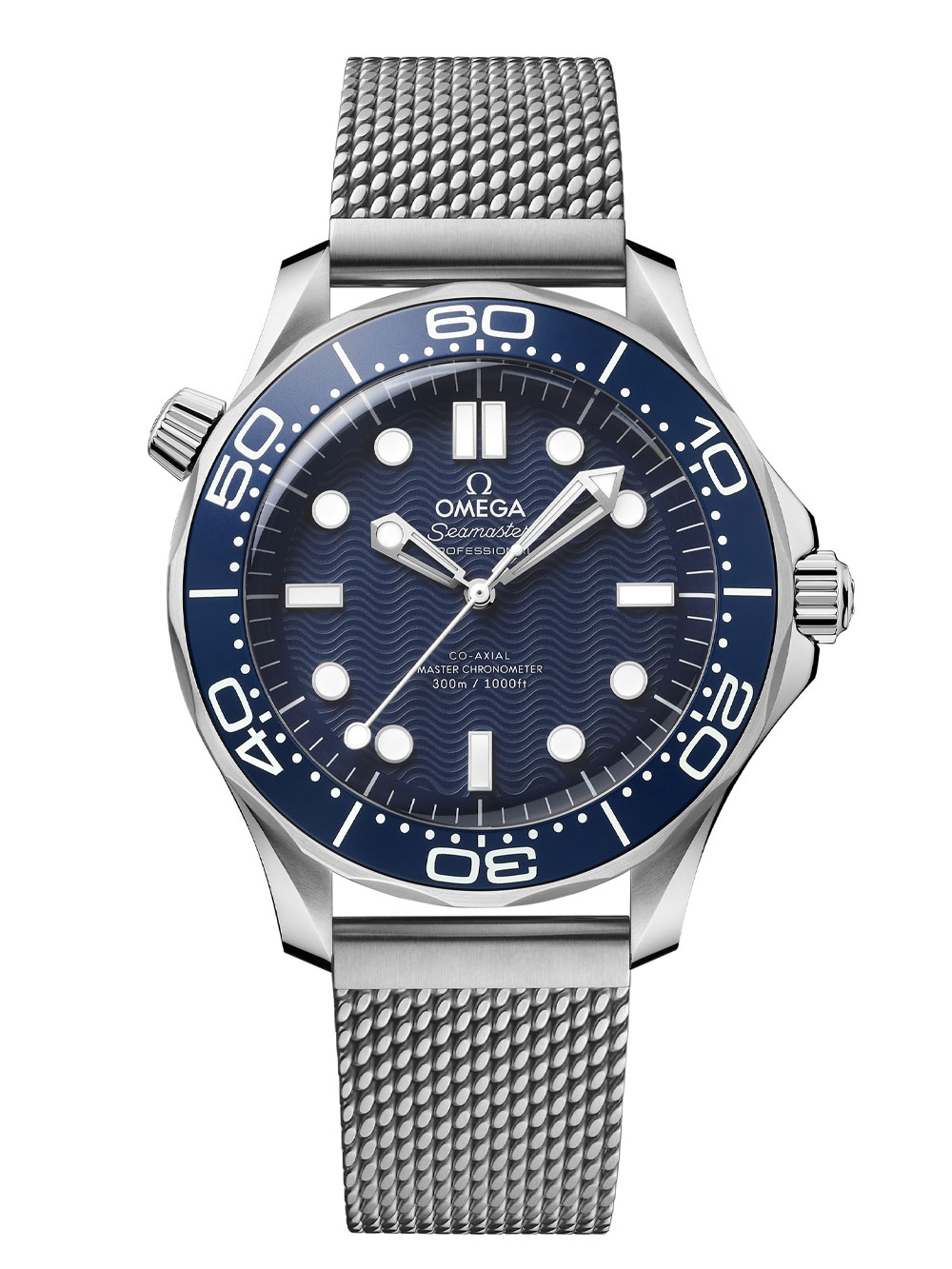 It began, incidentally, with the Seamaster 300m with a distinctive blue, wavy dial. It’s a model that’s come to define Omega’s diving watch pedigree and is still among their most successful watches. It’s good then to see that watch paid tribute in the Seamaster Diver 300m 60 Years of James Bond Stainless Steel. 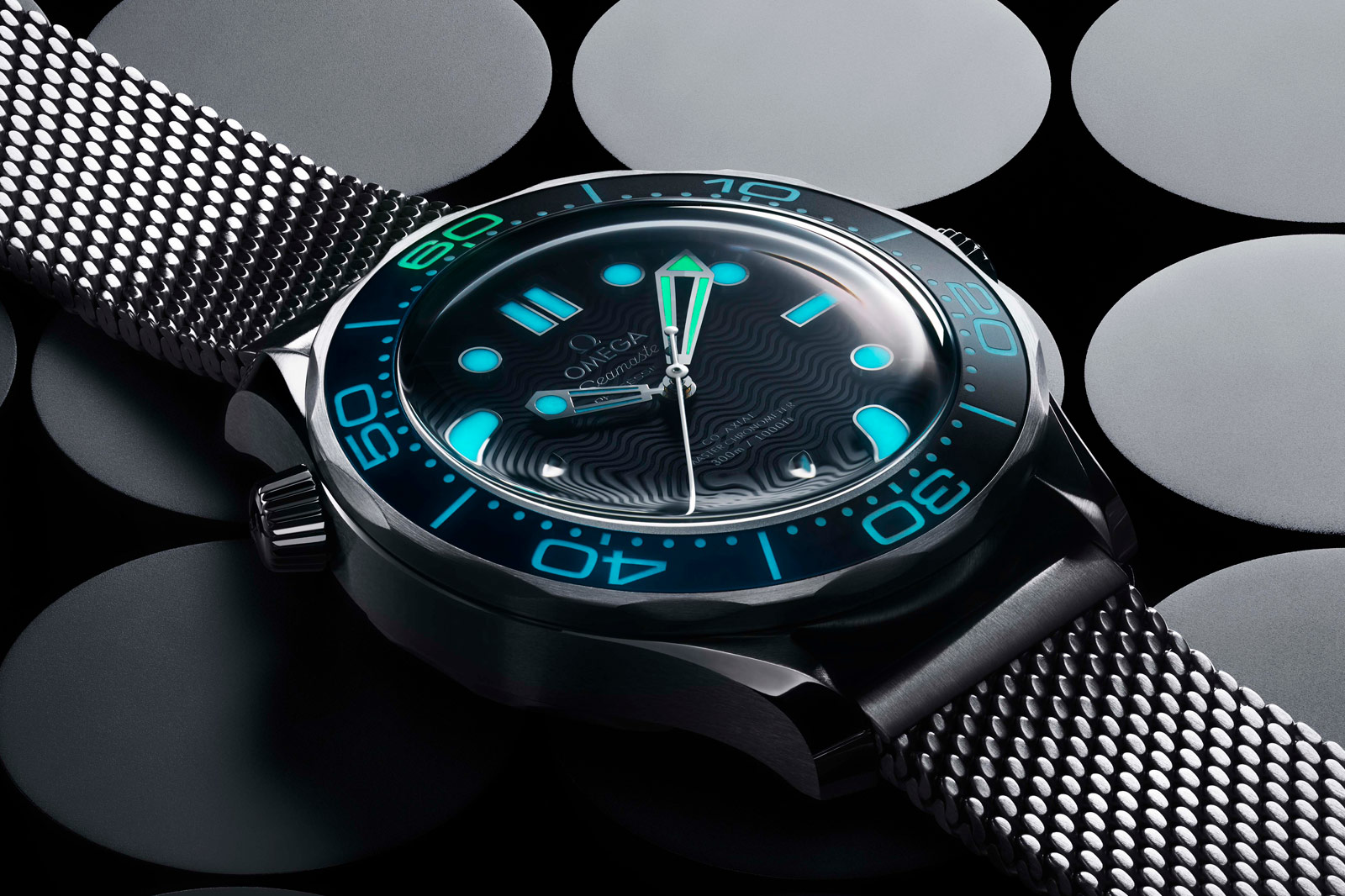 If you’ve seen the original, you’ve pretty much seen the 60 Years of James Bond edition. It has the rugged, faceted case and bezel of the wider collection, complete with the helium escape valve at 10 o’clock. It also has that famous wavey dial. The main differences face-side are on the bezel, with 60 replacing the usual inverted triangle. It’s where 60 would be anyway, so it’s a nice little twist. It’s a twist that carries through in low light, with the 60 in green lume to match that of the minute hand, the other numbers in blue to match the hour hand and indexes. 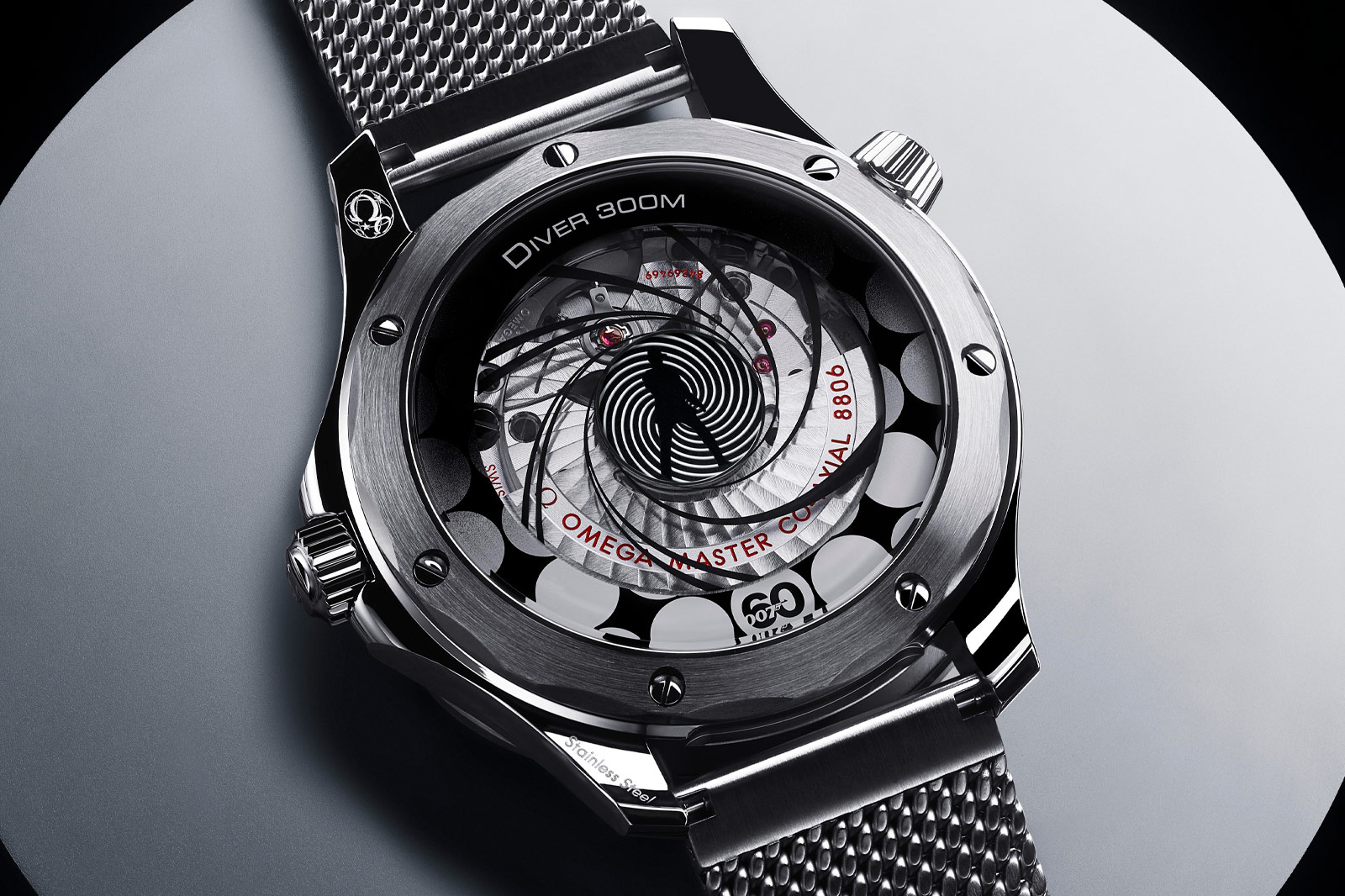 Most of the action is happening on the back. Omega adore playing with limited edition casebacks but even by their standards this one’s particularly cool. The exhibition caseback has the iconic James Bond intro barrel, complete with the spy’s silhouette. The scene is linked to the seconds hand so that, in keeping with the films, it actually spins. You’ll want to show this caseback off.

If you can look past the scene for a second, you’ll notice the movement, the Co-Axial Master Chronometer Calibre 8806. It’s among Omega’s most accurate calibres (hence the Master Chronometer standard) and even though it’s obscured, is nicely decorated.

The second Seamaster Diver 300m 60 Years of James Bond in Canopus Gold is a proper high jewellery piece. That means the case in Omega’s proprietary white gold is paired to a gem-set bezel made with green, yellow and a triangle of white diamonds, in tribute to the Jamaican flag – Ian Fleming’s Jamaican estate of Goldeneye is where the film gets its name. At first glance the dial looks like meteorite, but it’s actually grey silicon, with a crystalline construction that means each dial is unique.

The movement inside is a slightly more refined take on the Co-Axial Master Chronometer Calibre 8806, the 8807, but otherwise it shares the same caseback as the steel version. It also has the same, incredibly cool mesh bracelet.

Flashy as the Canopus Gold version is, the stainless steel tribute is a much more fitting, faithful tribute to a film, franchise and model that have, along with the Speedmaster, made Omega the watchmaking titan they are today.