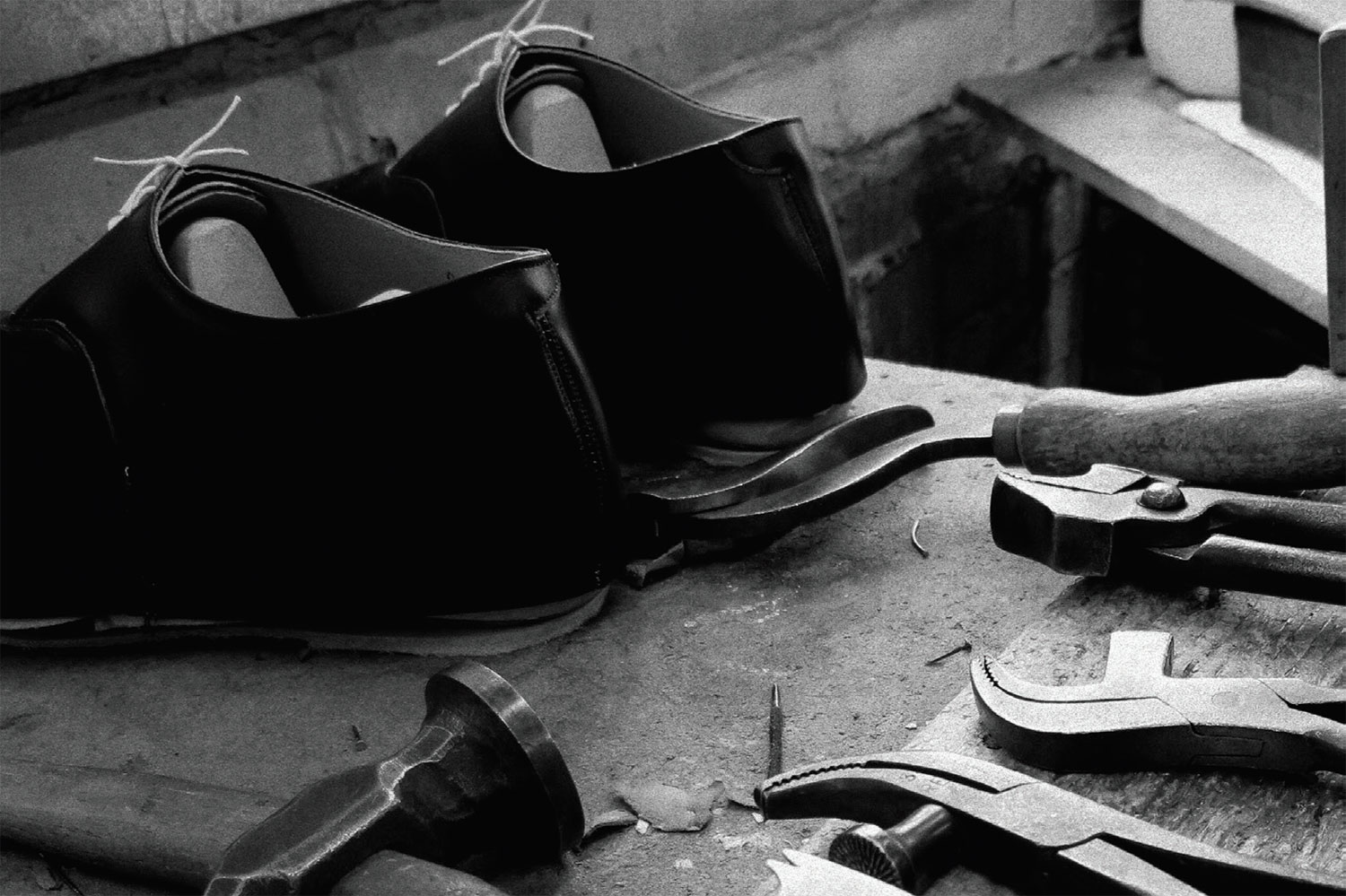 Whether you’re after a smart pair of Oxfords, Derbys, a robust country boot, or even a relaxed slipper for the home, chances are that it will have in some way originated from Northampton. The town is famed the world over for its craftsmanship and sturdy build – any style aficionado can name more than a handful of Northampton brands, and for good reason. Their quality is second-to-none. The big question then is simple: why Northampton?

The Northampton shoe-making of today dates all the way back to the 1800s, at least in any recognizable way. However, way before that in the 15th Century there are records of cordwainers (shoe makers) working in and around Northampton, the reasons for which are almost painfully practical. Historically, the county of Northamptonshire had everything an enterprising shoemaker could want – most importantly, leather. Tanneries were all over the county, meaning cordwainers could source the best hides directly and, with a little artisanal flair, turn them into the best shoes. This in turn attracted the most skilled shoemakers and so, over time, Northampton as a footwear mecca began to take shape. When things started to industrialise and manufacturers were established, surrounding towns such as Kettering and Rushden joined the fold and are today part of the larger Northampton shoe-making tradition. 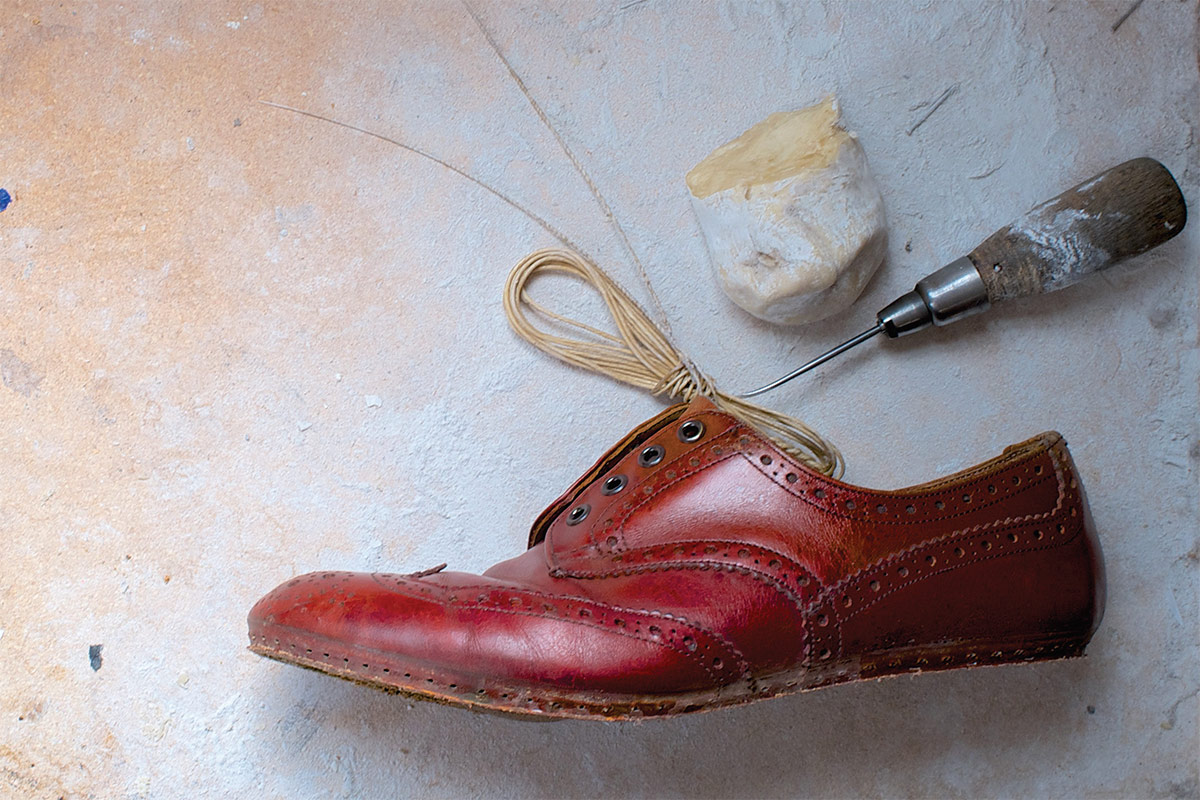 Having a rich talent pool with skills handed down generations and an established shoemaking tradition, it was only natural for the likes of Church’s, Tricker’s, Crockett & Jones, John Lobb, Sanders & Sanders, Loake and an inexplicably lengthy list of brands to establish themselves there. With the introduction of Goodyear welting in the early 1870s, the Northampton shoemakers became the first adopters, allowing production times to speed up. Companies were able to refine their high standard of craftsmanship and start to stockpile and sell larger quantities to a wider international audience, thereupon bringing their shoemaking to the world. Despite growth and consumer demands in the luxury market, a lot of the brands are in the same factories they have been in for centuries. Those that aren’t have outgrown them to move down the road. Another sign of the town’s importance is that shoes from contemporary brands such as Gaziano & Girling are also being made in Northampton. G&G in fact went so far as to buy its own factory in the town, staffing it with both its own shoe makers and some of the local expertise.

Crown Northampton has combined its heritage for traditional footwear design with forward-thinking contemporary processes, making it a quintessential modern-day cordwainer. A fifth-generation family business with the philosophy ‘Made In England – From Start To Finish’, it’s a prime example of sourcing from within the shores of the British Isles. 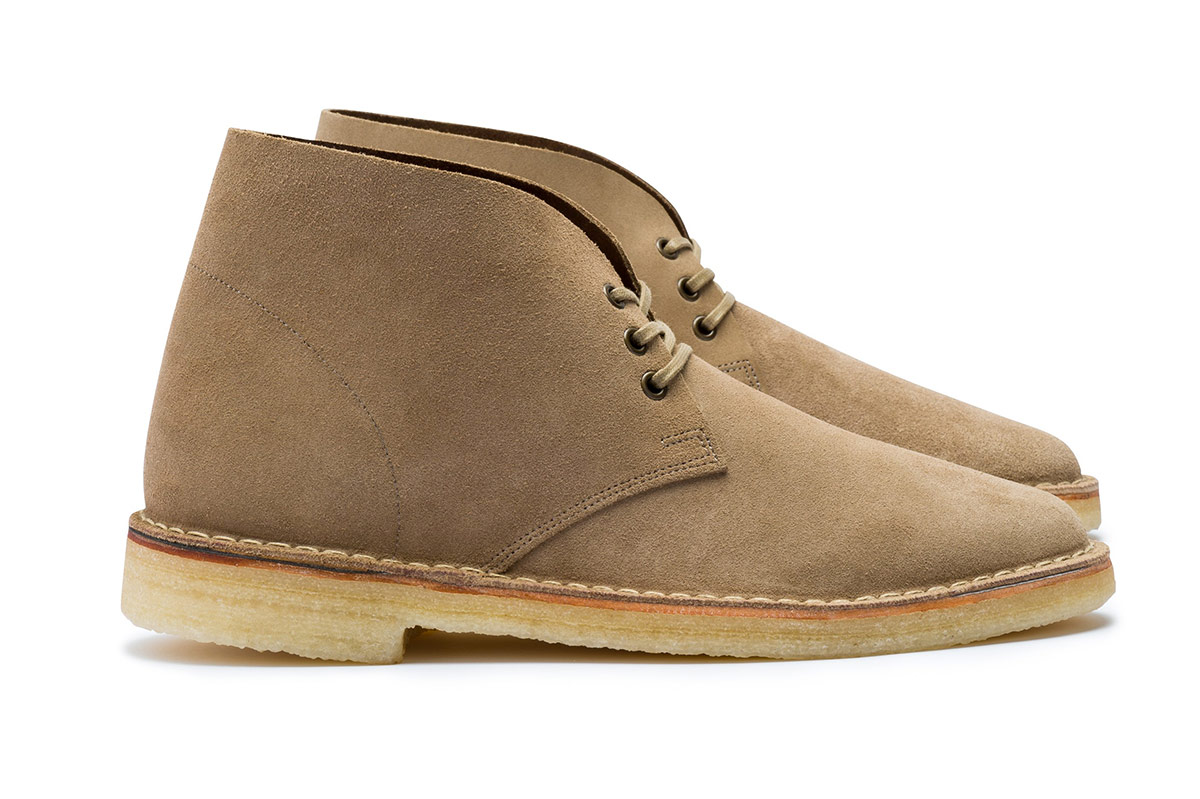 Its desert boot, for example, uses calf suede from world-renowned tannery Charles F Stead, ensuring high quality. The same goes for its contemporary sneaker collection that utilises generations’ worth of manufacturing know-how in a much more modern, everyday kind of style. It means you can get British-made excellence no matter your look. This has brought an international focus and garnered interest from respectable retailers and clients alike, reflected in an increasing number of exports. With that, Crown Northampton is flying the flag for British shoe and boot making on the world stage.

The bottom line is that if you want a well-made pair of shoes that will last a good number of years, buy one from the talented craftspeople of Northampton. You’re not limited to just the heavy-soled brogues you might expect; the brands are reinventing themselves for a modern and international client base with new styles and lighter sole options. No matter the designs however, it’s the cordwainer traditions and centuries-old skills, passed down generations, that define Northampton, past and present. As long as they keep making damn good shoes, we’ll keep wearing them. This month’s shoot showcases the peak of winter-season style. Stylish footwear to keep you dry in the rain. Our hand-picked selection of favourite shoes, from brogues to sneakers.