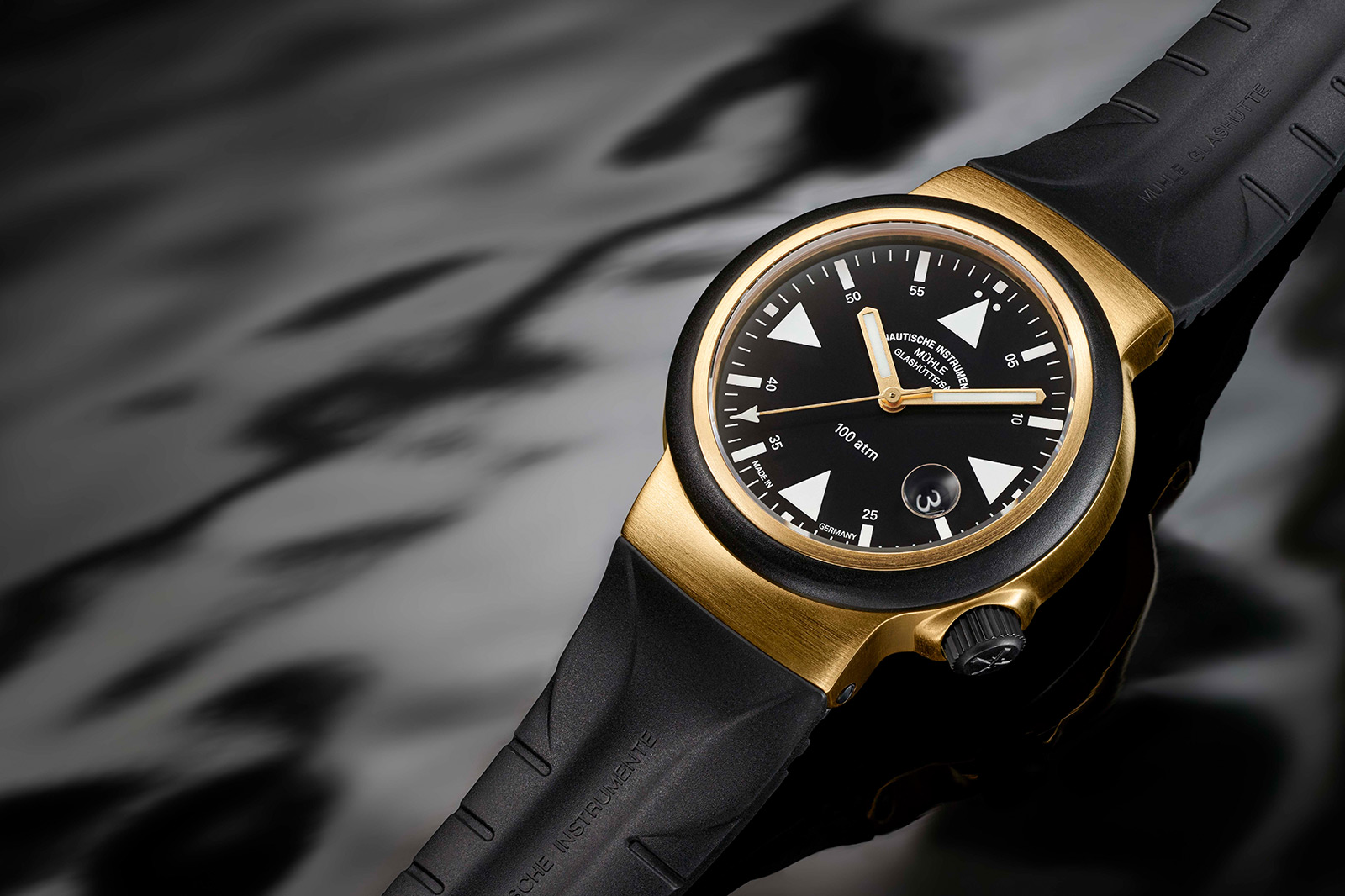 A few months ago I was helping to research the history of Mühle-Glashütte for an upcoming article in the magazine, which you can read here. And in the process, I fell in love with both the story behind the German watchmaker and the stylish nautical watches they produce. So I’m more than happy to see my favourite timepiece get a 20th anniversary edition in yellow gold, fittingly called the S.A.R. Rescue Timer GOLD.

Back in 2002, the S.A.R. Rescue-Timer in stainless steel was designed for the DGzRS (the German equivalent to the RNLI) and has seen active use in dozens of rescue operations. It’s a practical tool in the service of saving people’s lives with a robust 4mm thick sapphire crystal, 1000m depth resistance and a calibre adjusted in six positions to make sure it can withstand the rigours of the Baltic Sea. 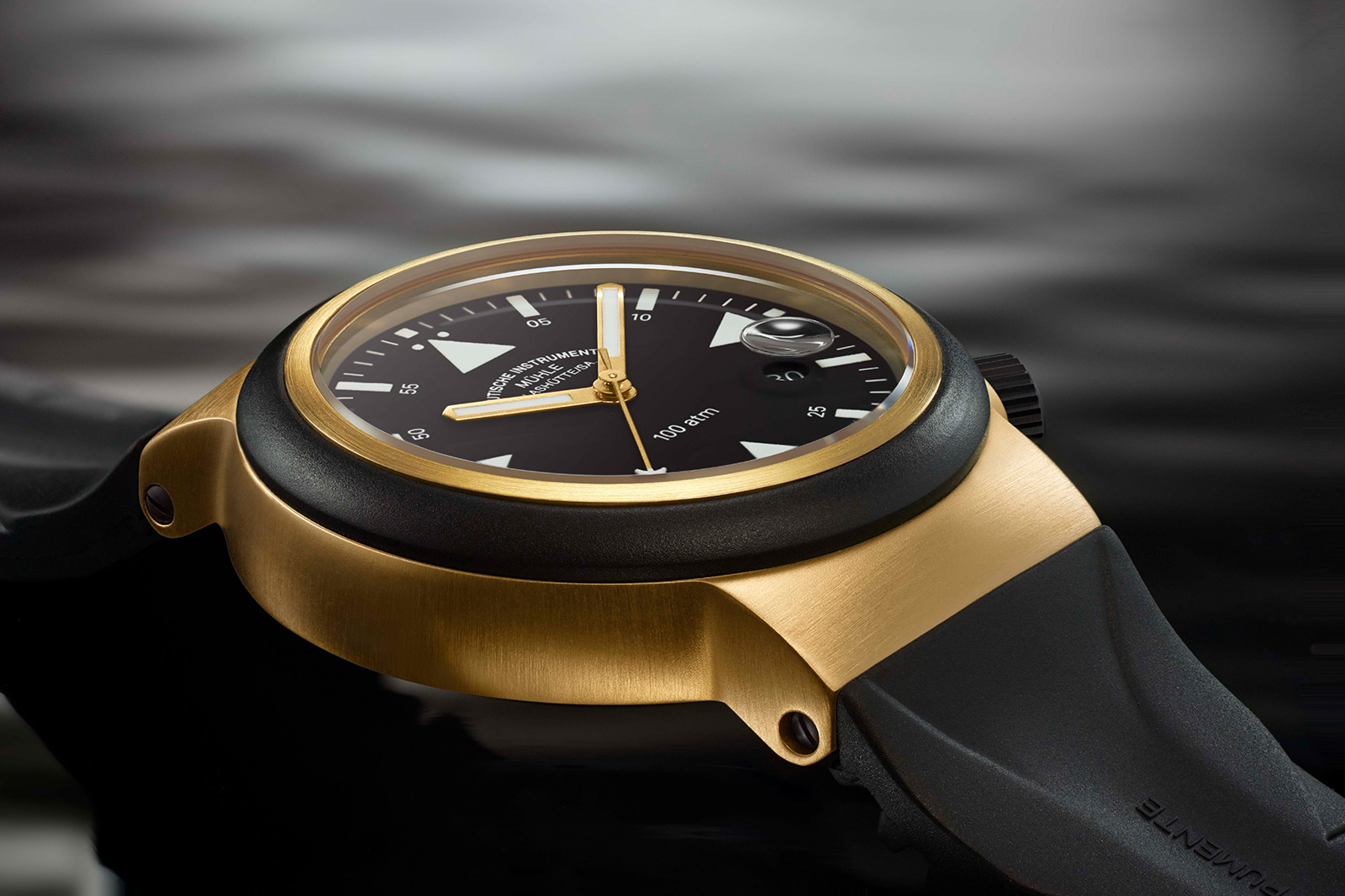 But beyond that it’s also a stylish and accessible watch for leisure activities such as sailing, sports, swimming and more. All of which is to say that over 10,000 of the stainless steel S.A.R. Rescue-Timers have been sold since 2002, making it hugely successful. You can see why Mühle-Glashütte are keen to celebrate its anniversary. 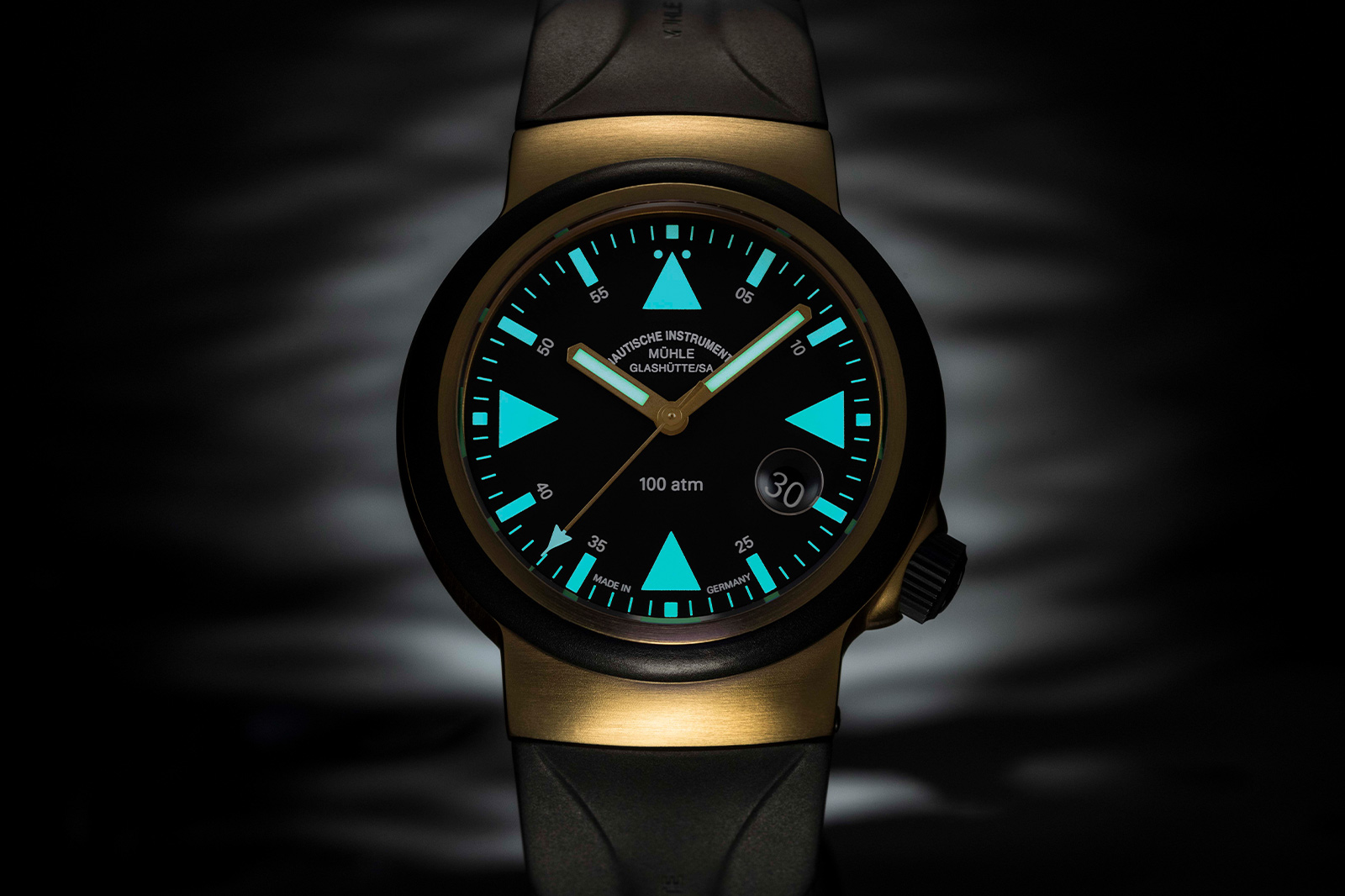 For said anniversary edition, they’ve given it a glow up with an 18k yellow gold case for a limited edition of 20 pieces. The 42mm proportions, the SW 200-1 calibre and the matte black dial with oversize lumed indices are all the same as the steel version. It’s just the case that has been changed. And honestly this feels like the most wholesome way to celebrate a watch’s anniversary, it’s the same watch at heart but it’s a little shinier and a little more special. 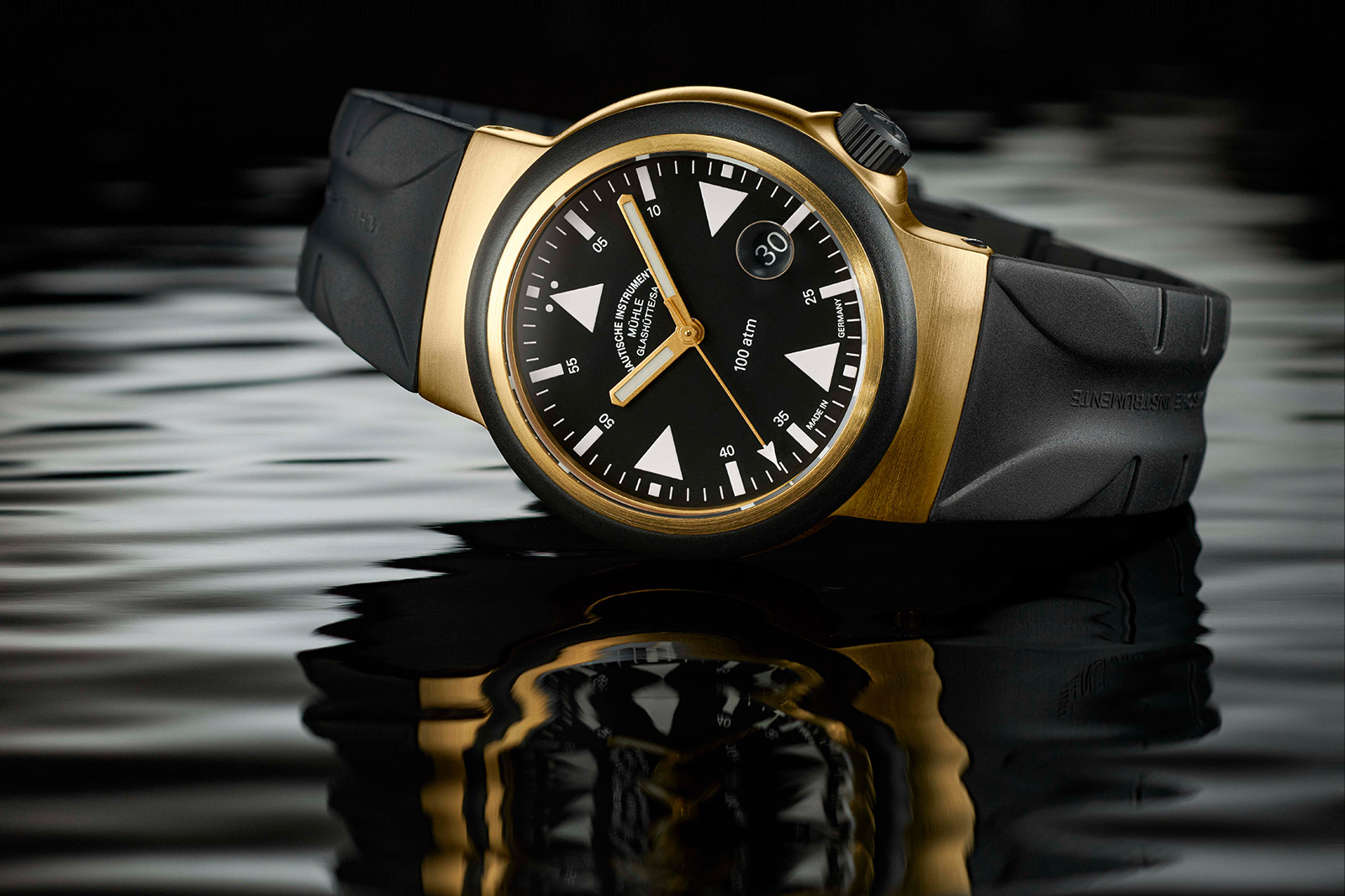 In gold it loses none of its ocean-going specs, although like any gold watch it is now susceptible to scratches far more easily. Therefore, if you don’t want to take it on your voyages, you can leave it in the special commemorative case that comes with it, which is made from wood and has a viewing window in the style of vintage marine chronometers. 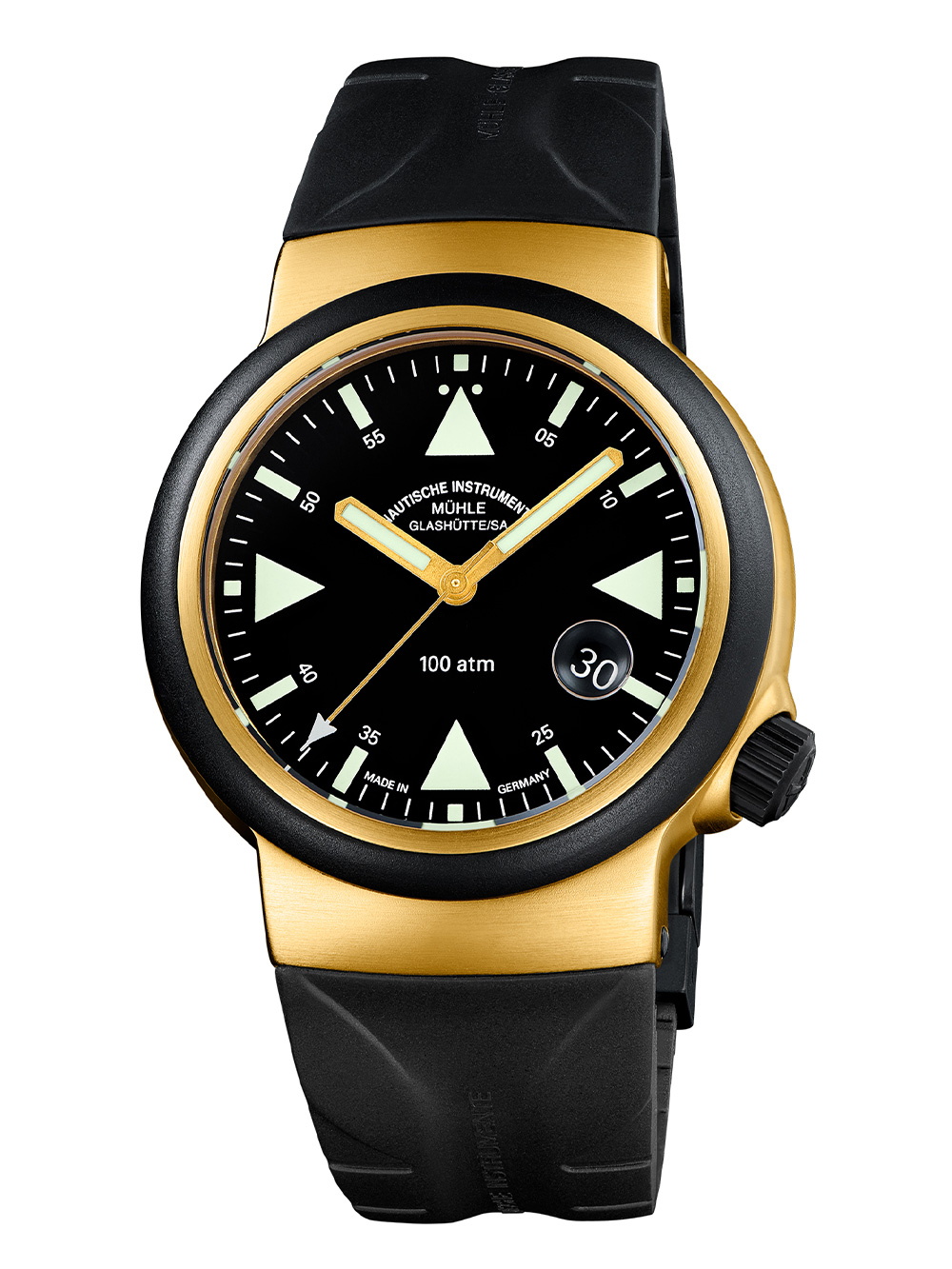 The Mühle-Glashütte S.A.R. Rescue Timer GOLD is not the craziest anniversary edition we’ve ever seen, in fact it’s not even the craziest anniversary edition released this week following Audemars Piguet’s 50th Anniversary Royal Oak “Jumbo” Extra Thin, but it’s still an interesting take on the timepiece nonetheless. The swap from steel to gold provides a simple pleasure, as if the watch has won a gold medal at the Olympics as a token of its successes and achievements.