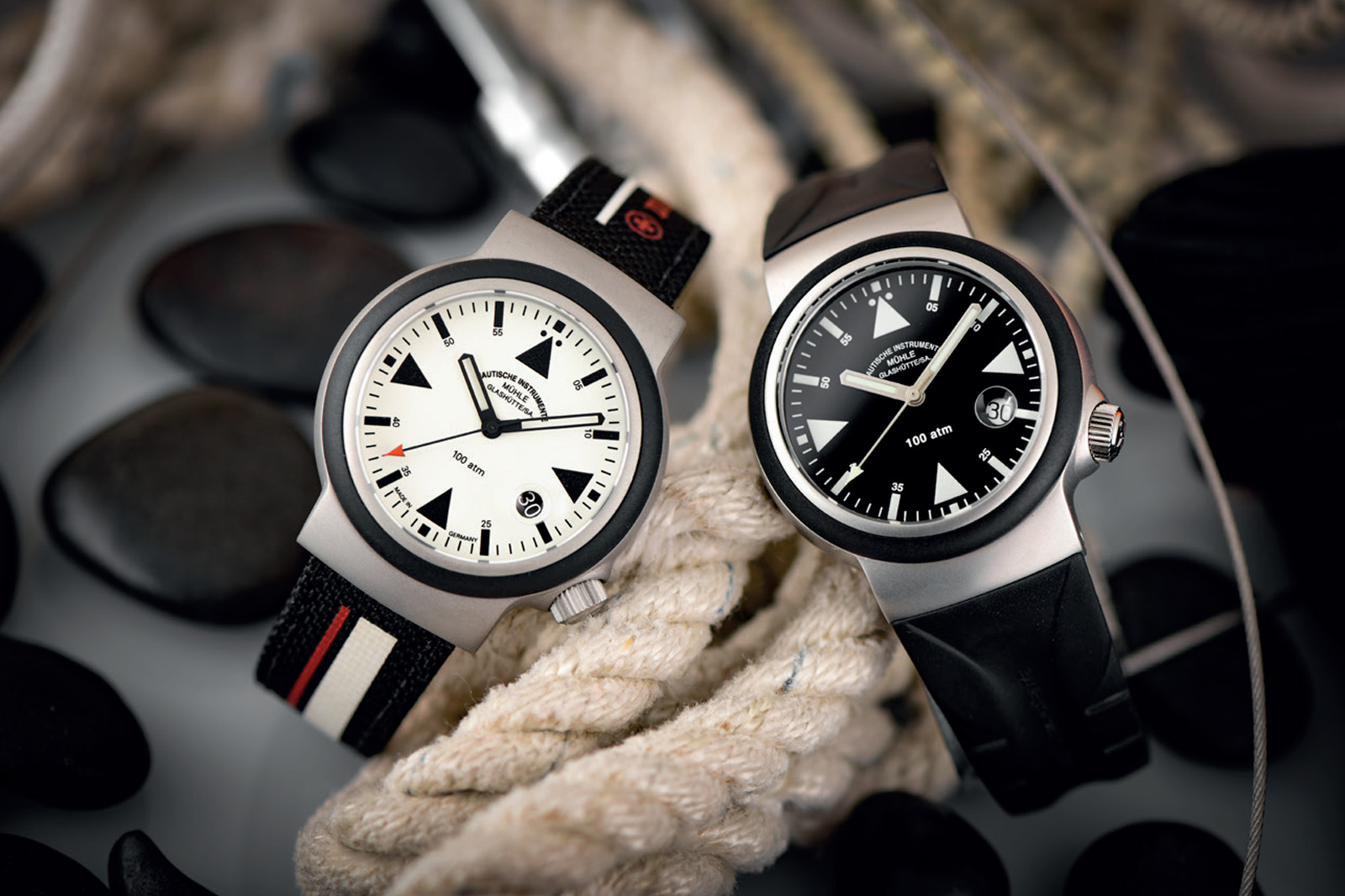 Outside of Switzerland, one of the largest and most renowned centres of watchmaking in Europe is Glashütte, the historic home to dozens of Saxon watchmakers. However, it’s a region with a blighted history, one that forced many of the watchmakers to either become part of East German industry or disappear completely.

For a small, family-run business like Mühle-Glashütte you would expect them to have a similar story ending in closure, yet against all odds they’ve kept the business running for over 150 years. And it’s quite the impressive story.

The company began life as a dedicated precision tool manufacturer under Robert Mühle in 1841, specialising in measuring instruments for other watchmakers and later for the automotive industry. Robert learned his trade under the oversight a watchmaker that you might recognise, one Moritz Großmann. 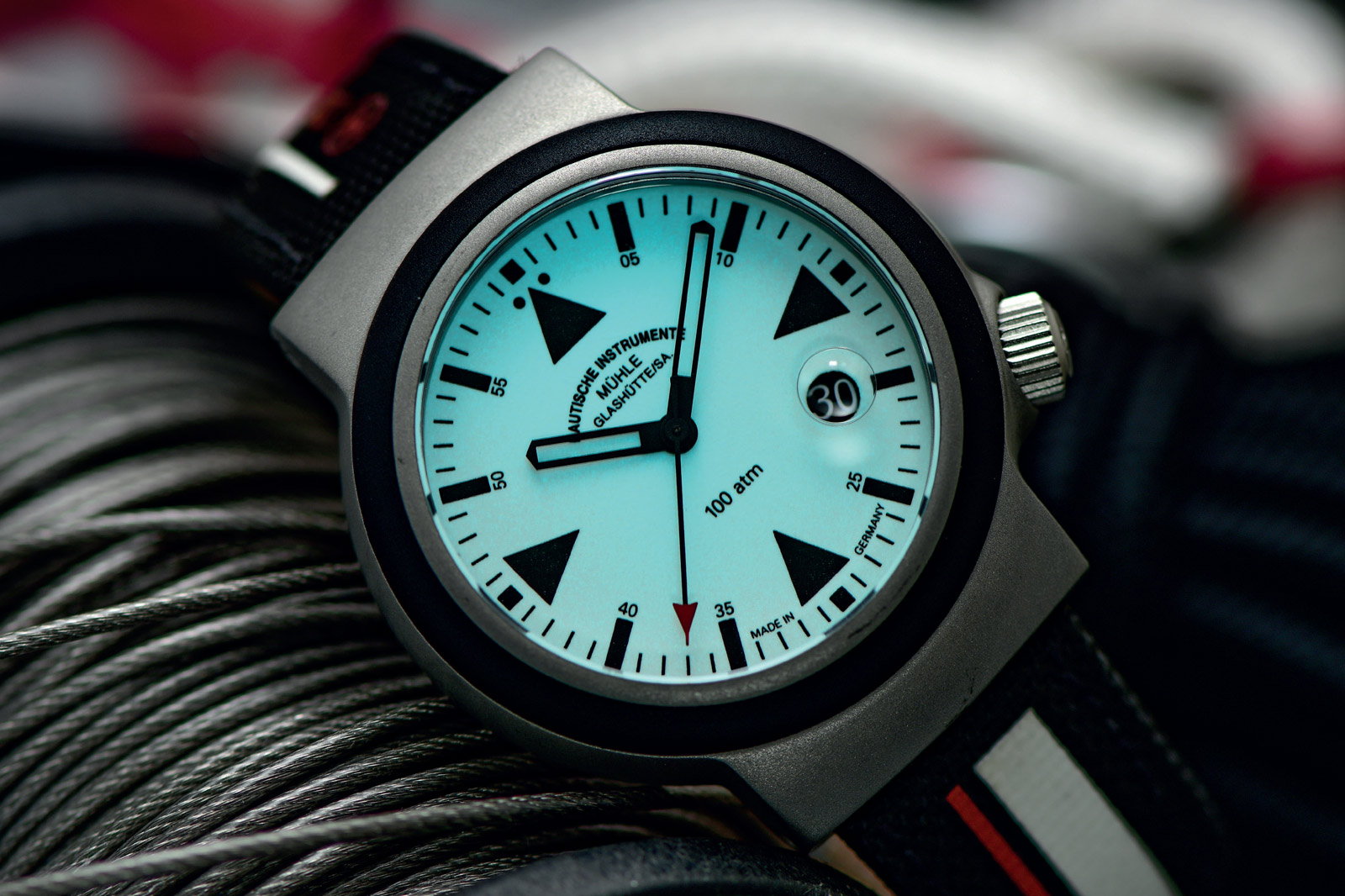 A few decades later though and things weren’t quite so bright. Like many companies following WWII, Mühle’s was nationalised in 1945. However, in a twist of fate, Hans Mühle (Robert’s grandson) was then hired to run the nationalised company with no one realising his connection to its history. He was then able to grow a new Mühle-branded business alongside the old one.

Their specialisation remained in measurement instruments, however, due to the forced conglomeration of several companies the family began to gain experience in marine chronometers too. So much so in fact that in 1994, the company was reborn once again, this time committed to marine timekeeping. 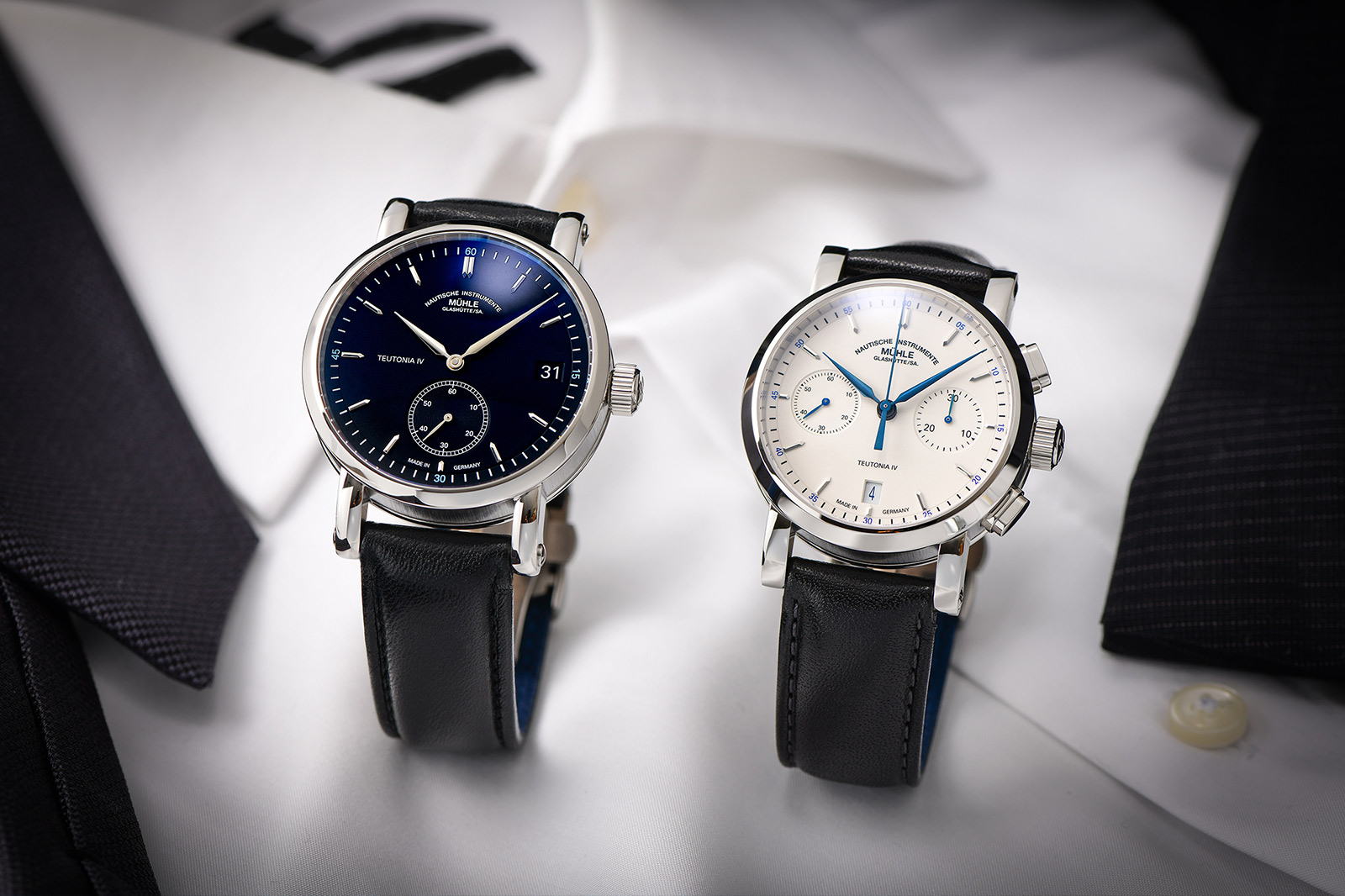 That obviously wasn’t the end of it. Cool as they are, a niche naval instrument company wouldn’t really find its way to our hallowed pages. Mühle-Glashütte’s decision to switch to wristwatches came in 1996, when one of the shipyards they had been working with was so impressed by their precision instruments that they asked if the company could make them some wristwatches. After a short discussion the answer was yes.

From that moment on, Mühle-Glashütte has produced high quality precision watches that, due to the brand’s marine heritage, are designed for use at sea. Case in point, the S.A.R Rescue Timer, a watch made in collaboration with Germany’s Search and Rescue organisation, DGzRS. It has a 42mm stainless steel case and an extra-thick sapphire crystal to make it suitably rugged for rough seas. Uniquely, its bezel is made from rubber, to protect both it and any person being rescued from sharp edges. 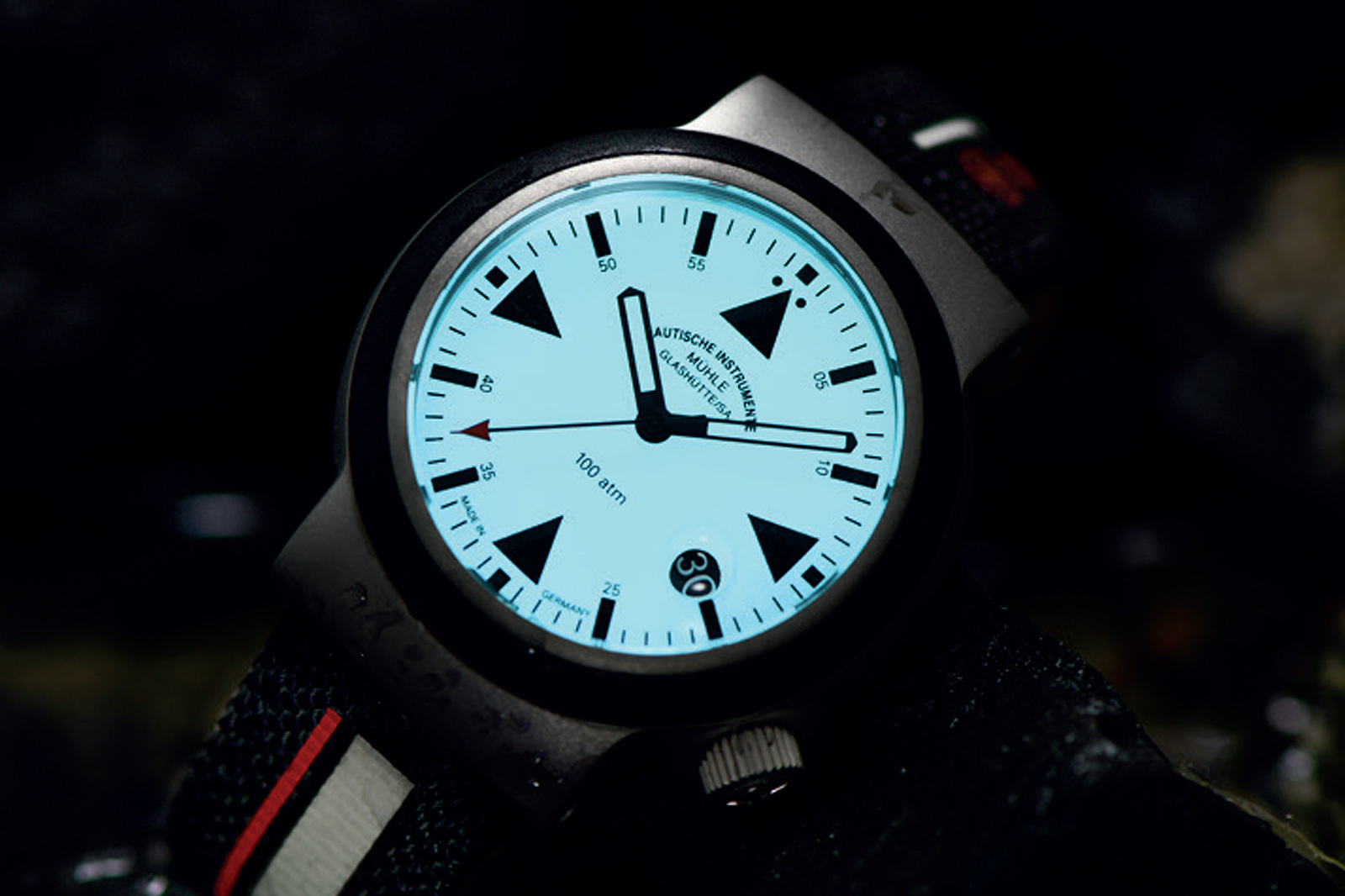 Another way in which it has been optimised for a nautical life is its highly legible dial – designed to be read as easily in the night as during the day because time and tide wait for no man, nor the sun it seems. The large rectangular indices are coated with Super-LumiNova and the quarter hours are denoted by over-size triangle hour markers. The date window is also accompanied by a cyclops lens.

The S.A.R Rescue Timer is distinctly not a diving watch as it doesn’t have a diving bezel and it’s not classically retro like most divers, but don’t let that fool you. It puts the majority of diving watches to shame with a 1,000m water resistance that is only beaten by the most dedicated saturation divers. Afterall, it’s a tool made for people who spend their lives at sea saving lives.

Mühle-Glashütte have turned their long and complicated history into a watchmaking manufacturer that creates high precision timepieces that genuinely save lives. For an industry that’s notoriously stuffy, this is one story I’d like to see a film of.

Share the post "In Focus: Mühle-Glashütte, A German Watchmaker That Defied The Odds To Make Stylish Nautical Watches " The inside story on Oris’ trio of downsized divers.