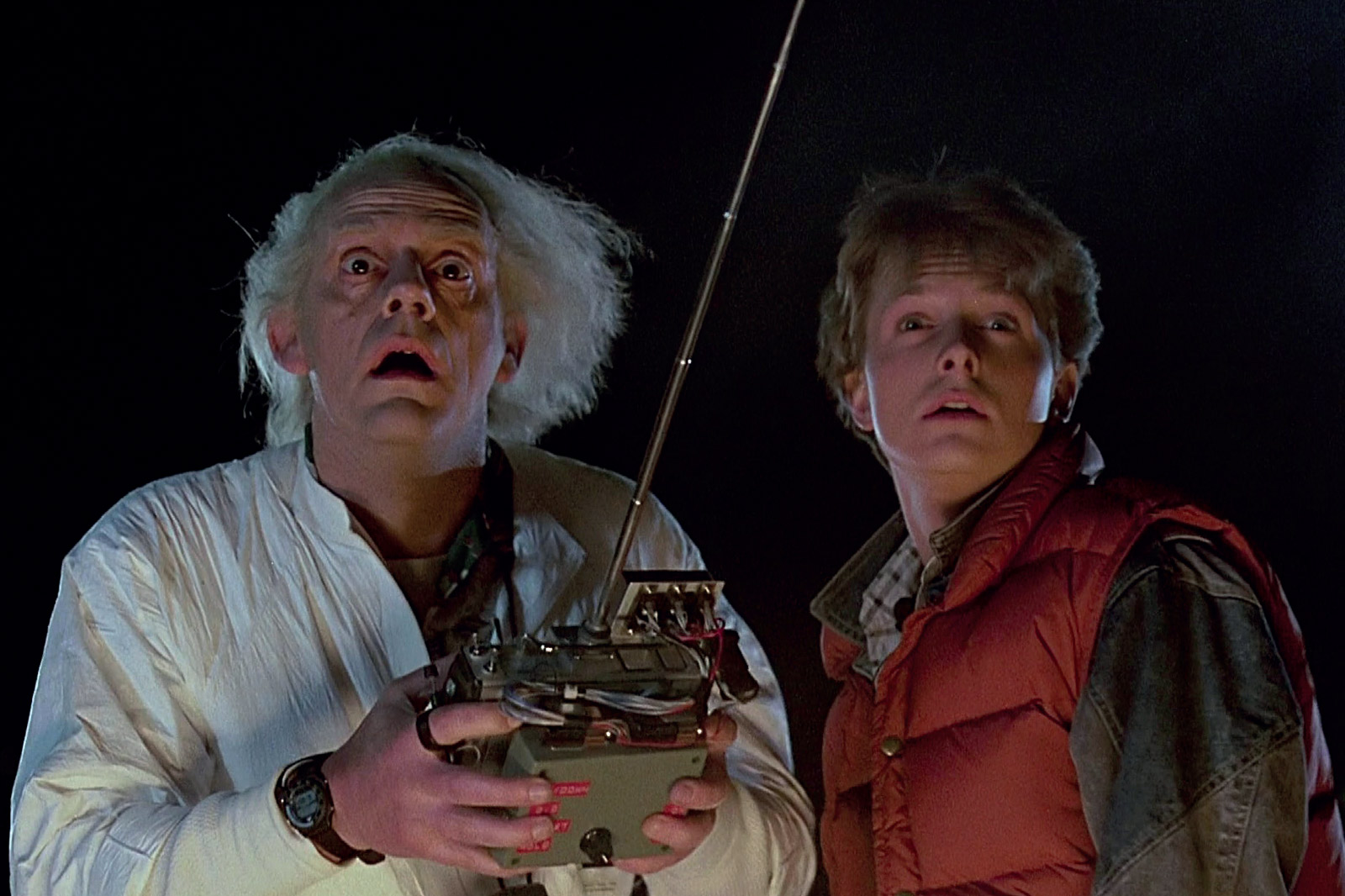 The future has been depicted in film more times than it’s possible to count, often alongside the concept of time travel, which is one of the greatest cinematic MacGuffins of all time. The king of time travel films has to be Back to the Future.

While the questionable style choices of the future, ahem transparent ties, are explored in more detail in the subsequent films, the overall design of the original perfectly captures the retro vibes of 1985 and 1955. A key part of which are the costumes worn by Michael J. Fox and Christopher Lloyd’s Marty McFly and Dr Emmet Brown, especially their watches. 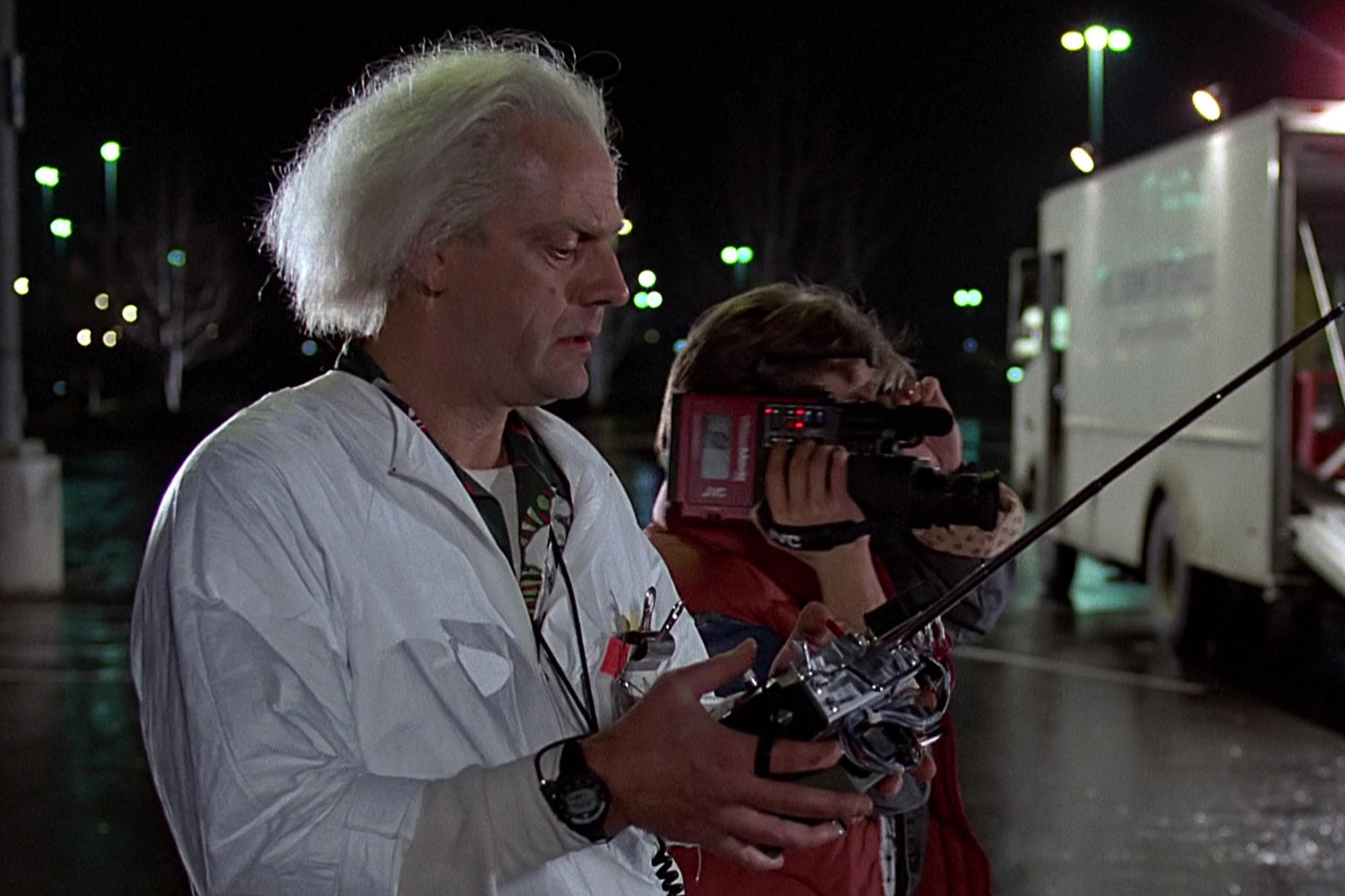 Let’s take a look at the Doc and Great Scott! He has some great Seikos – not to be confused with Grand Seikos which are something else entirely. And I do mean Seikos plural because the mad scientist carries no fewer than three timepieces on him at all times, a watch on either wrist and a stopwatch around his neck.

On his right wrist is the Seiko A826, frequently called the Training Timer. It’s a digital watch that was considered pretty advanced at the time due to its ability to record split-second timing with a remote trigger. It’s also evocatively sci-fi with the ability to change modes just by twisting the bezel. 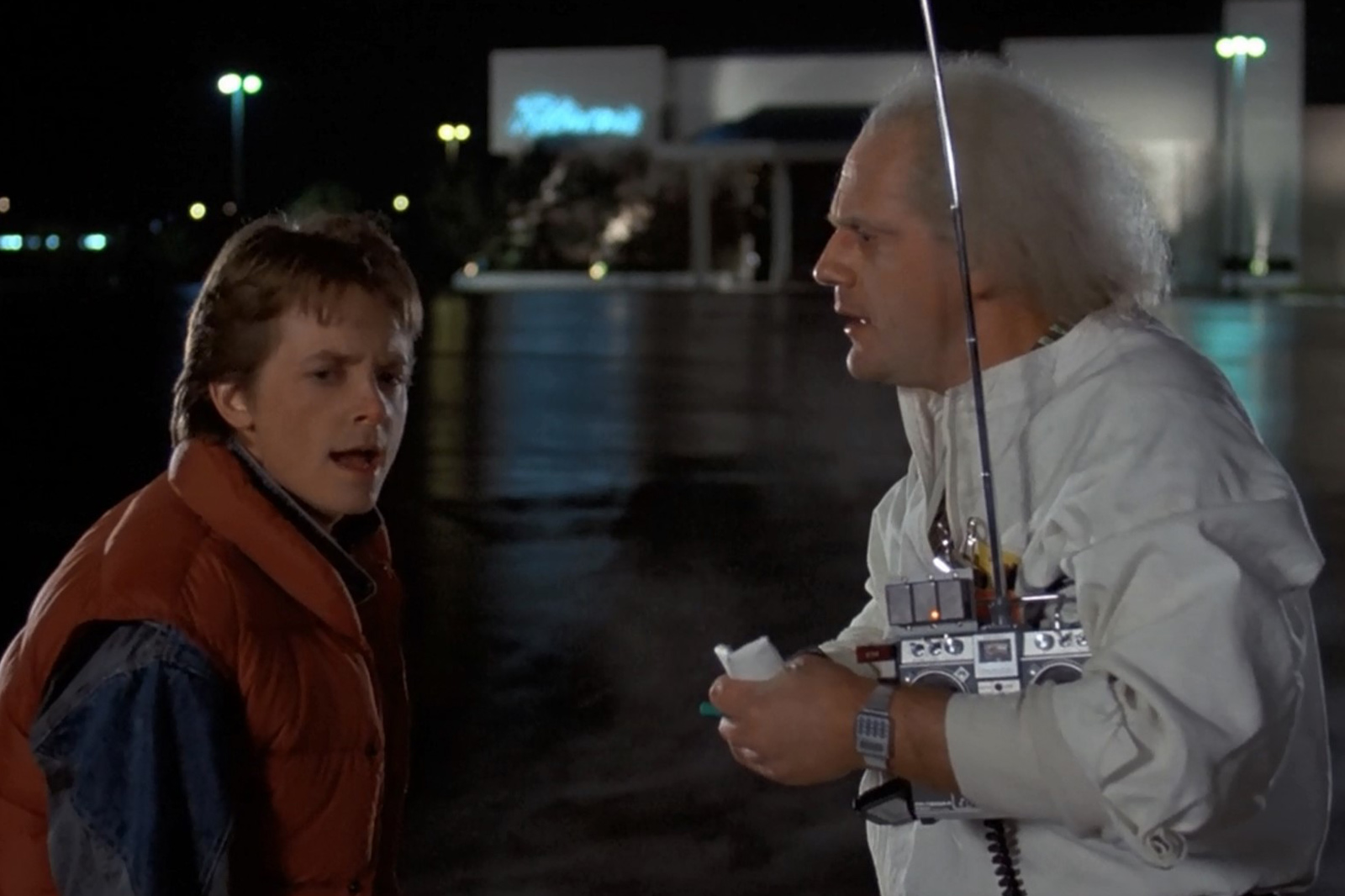 Speaking of sci-fi, on his left wrist is a timepiece that is most likely straight science fiction, a silver calculator watch that has never been identified and is probably the Doc’s own invention. The final timepiece that he keeps on him is the Seiko stopwatch that he uses early in the film to demonstrate the DeLorean time machine. 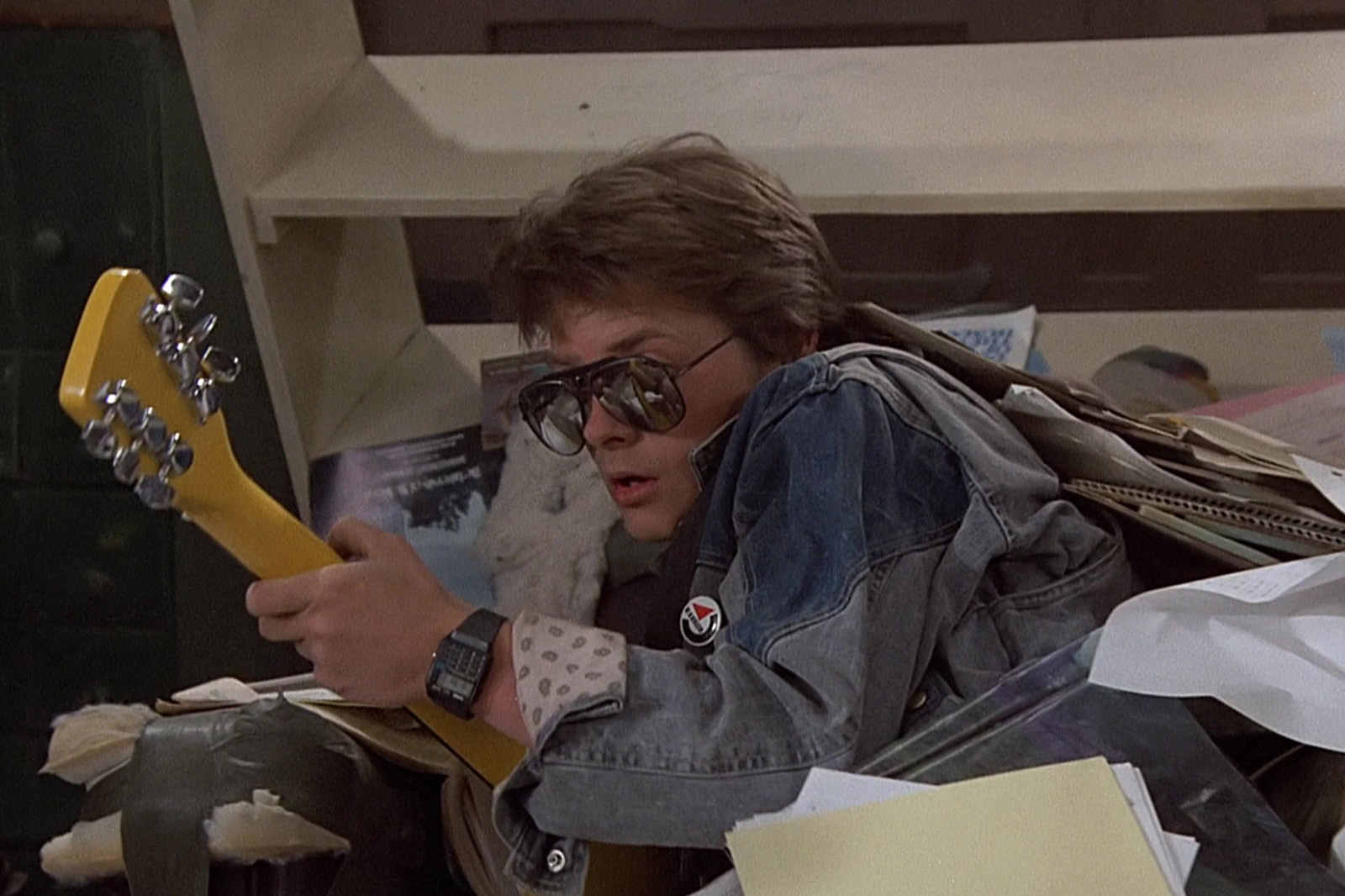 Marty has a Casio CA53W calculator watch released in 1984, a year prior to the film’s setting – you can buy a modern equivalent for about £38. Marty’s one almost gets him in trouble in 1955 when it starts beeping as digital watches weren’t commercially available until the 1970s. 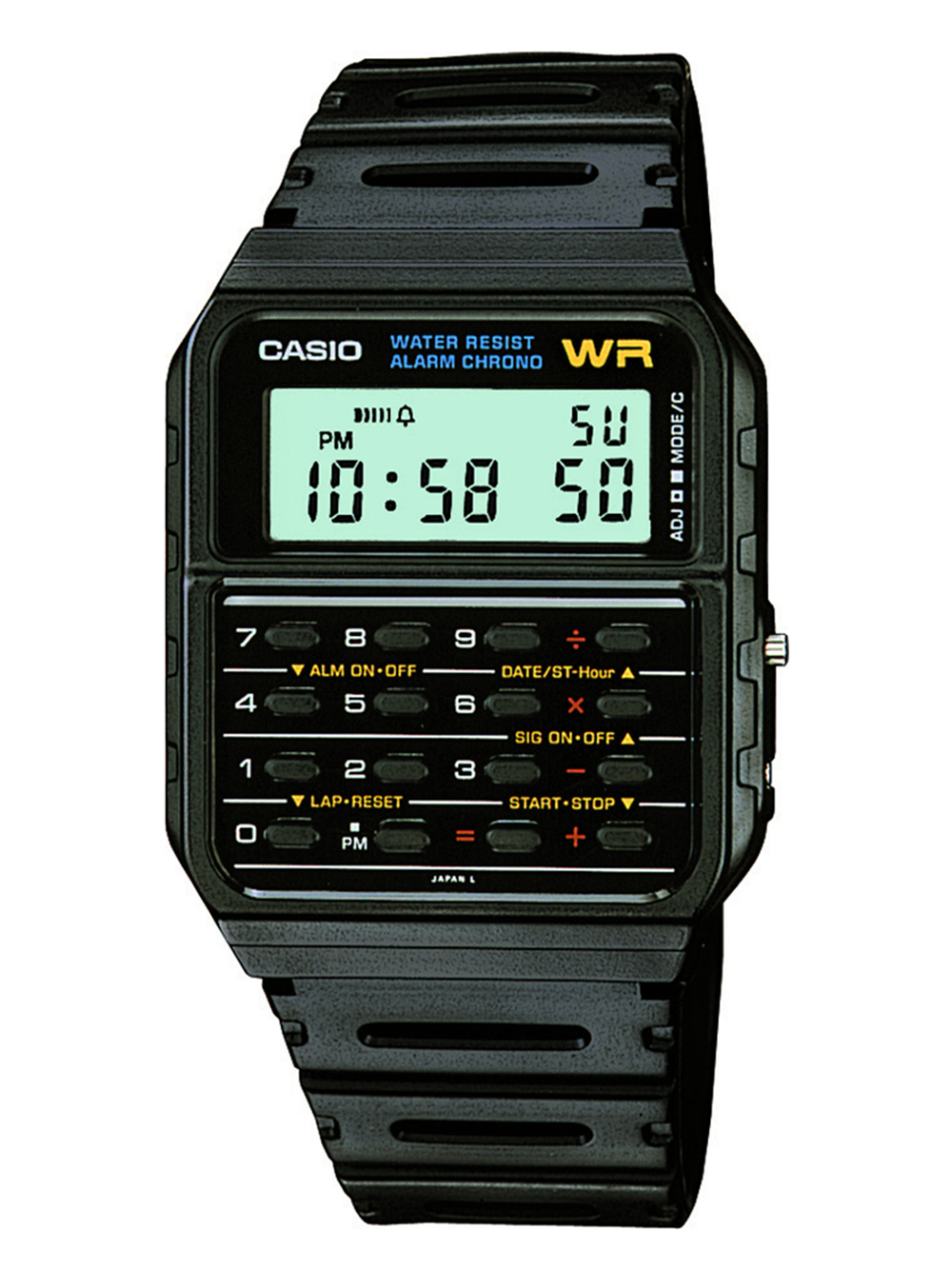 It’s good to know that watches in 1985 were capable of coordinating a 1.21 gigawatt lightning jumpstart for a time machine, so if you get stuck in the past with your 2021 technical masterpiece you should be absolutely fine. Just don’t kiss your teenage mother…