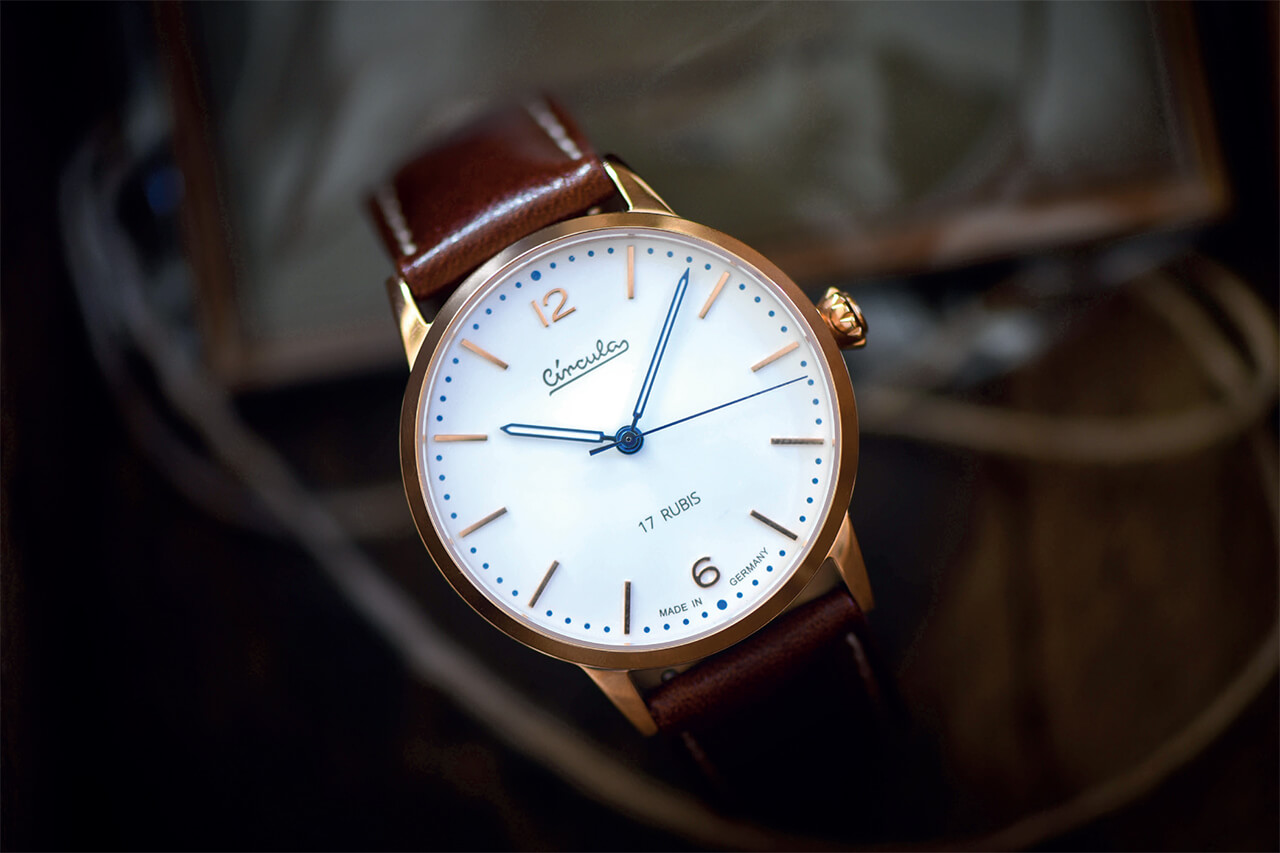 What do you think you need to pay for a watch entirely made in Germany? Your mind’s probably jumping to the denizens of Glashütte and the tens of thousands of pounds that and similar watchmakers command. What if we told you that it could cost you as little as €850?

Hand-made in Pforzeim, Circula is a revived heritage brand dating back in its original form to 1955 in the watchmaking heart of the Black Forest. That however isn’t necessarily what sets it apart; that would be its movements.

Having come across a treasure trove of new-old stock movements – vintage movements that have never been used – Cornelius Huber, grandson of the original founder of Circula, decided to create a modern reinterpretation of the type of watches his grandfather would have built. The result is the lovely Heritage Hand-Wound. 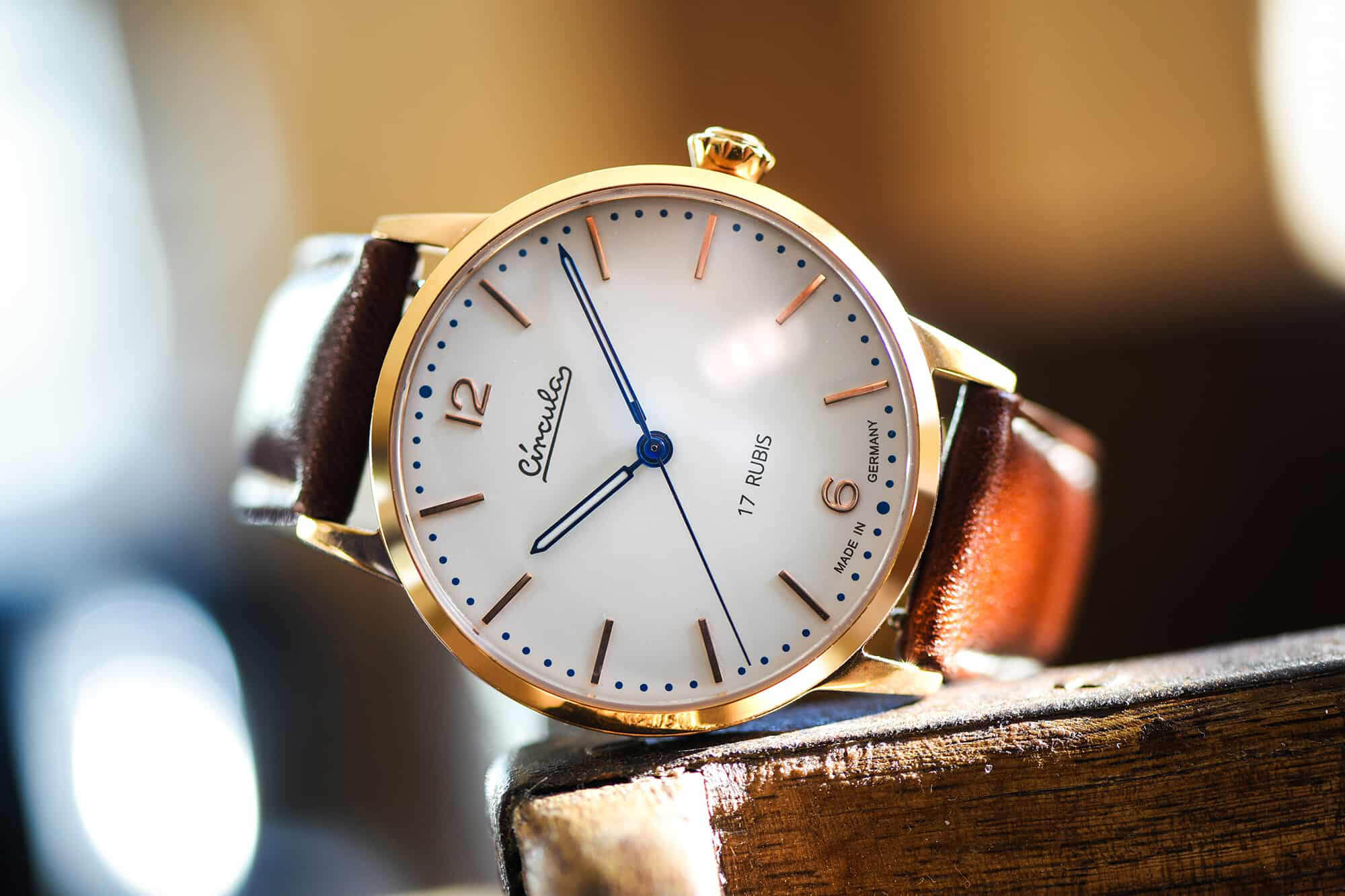 Using the newly rediscovered 1970s PUW-calibre 561 movement as a base, the Heritage Hand-Wound is a beautifully minimal, elegant timepiece suffused in the design tenets of the 50s. The 39mm size is eminently wearable, especially as it measures in at just 9.9mm thick. The white dial paired with blued hands and indexes give it a classical vibe, as does the hand-wound nature of the movement.

This is more than a retro tie-in; it’s a truly historical watch using a vintage movement, retro design and modern construction. The best part, however? The cost. For a piece of German horological history you’ll be set back less than €900. If that’s not making history, nothing is. Just be quick; there are only so many of these movements around. 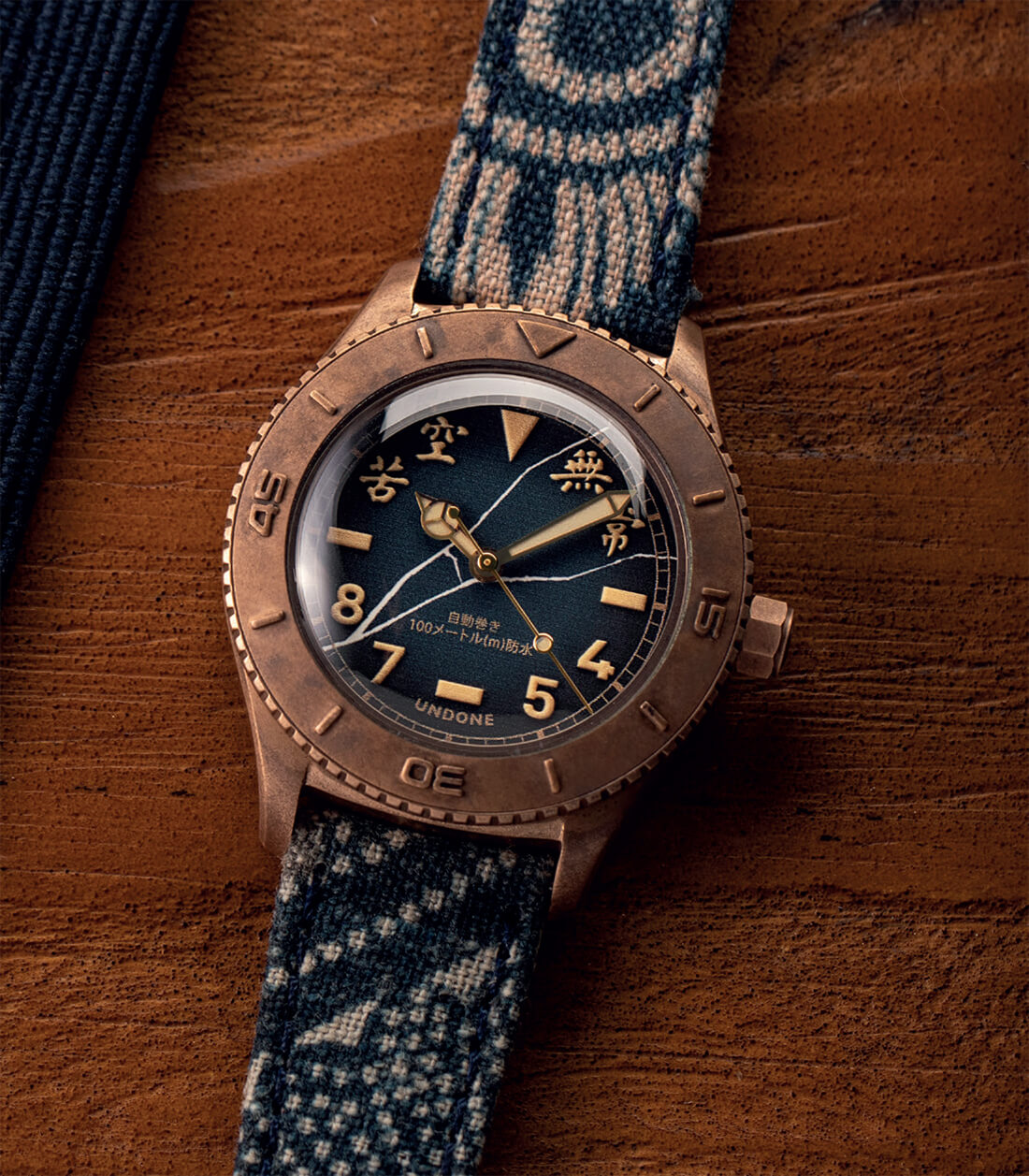 If you’re looking for a cool new timepiece without the investment, you’ll likely have come across Undone before, either for its customisable pieces or its super-cool collaborations. Musings of life and death? Maybe not. Still, that’s what’s at the heart of this second collaboration between Undone and textile specialist Simple Union.

The bronze-cased Base Camp model has been given an oriental facelift, first with Undone’s own Kyoto Dial (an oriental twist on a California dial), second with a 150+ year old fabric from Meiji-era Japan. 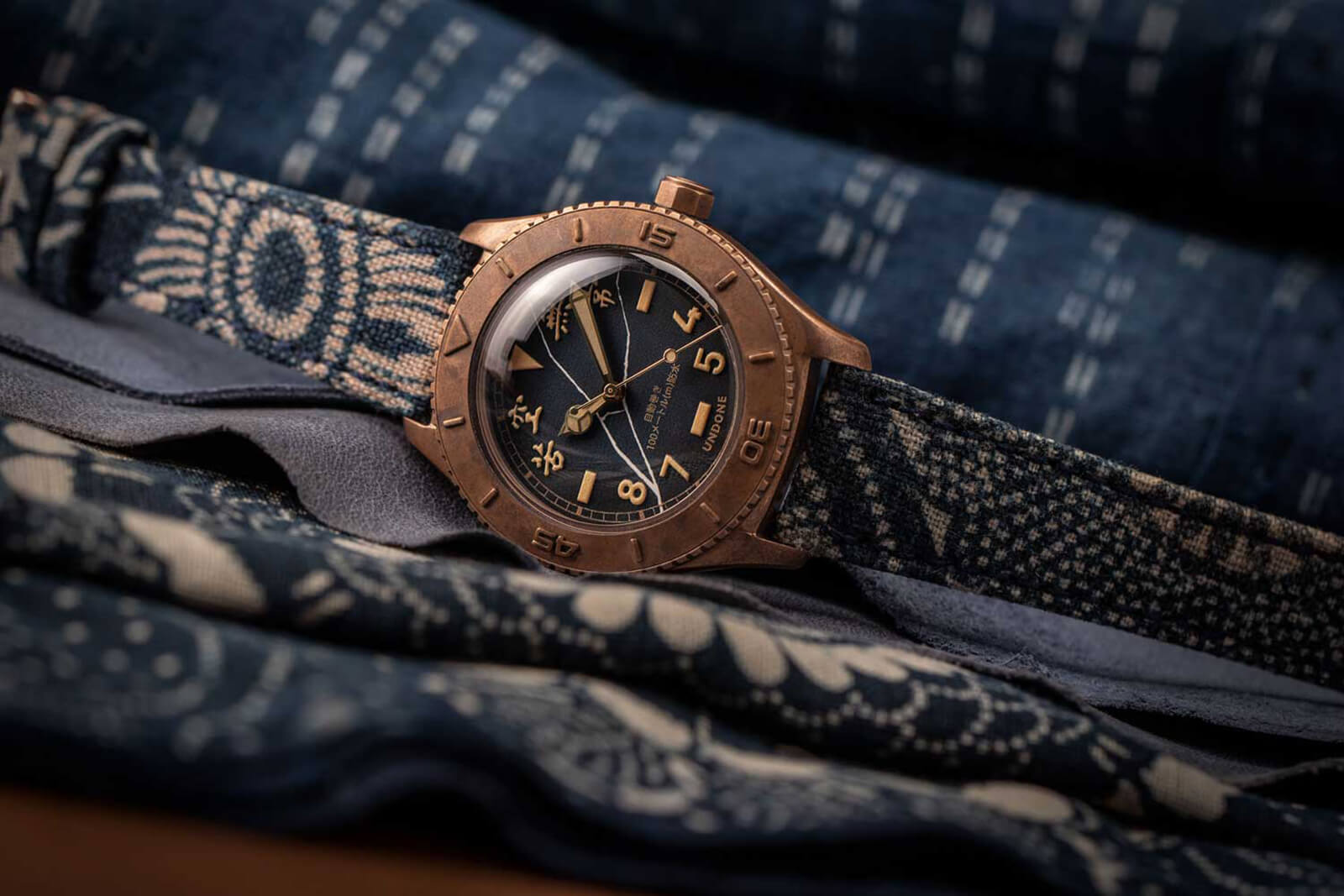 The dial couldn’t be more apt; this watch highlights two very different views of the world, split between the military utilitarianism of the Base Camp case and the Buddhist sensibilities of strap and dial. Throw in a bronze case that will age over time – another philosophical note there if you care to dwell on it – and you have one of Undone’s coolest collabs to date – and for just over £300, too. 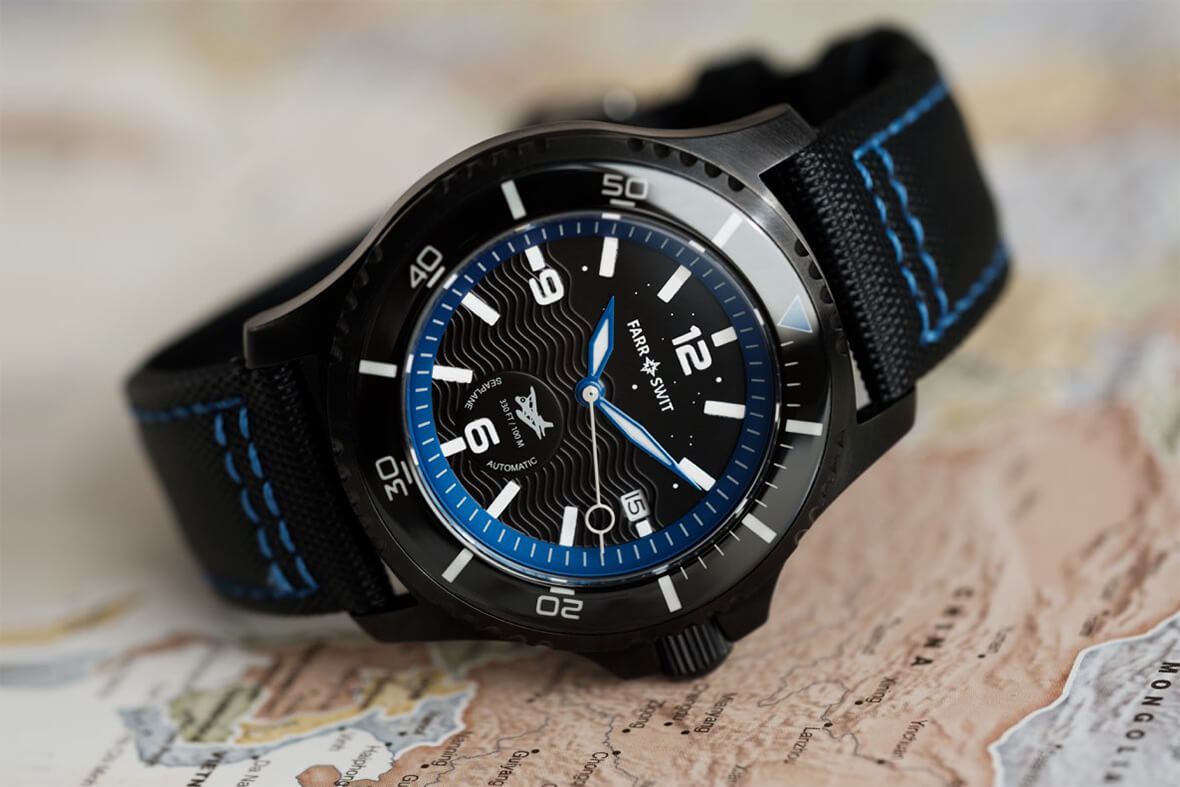 The States isn’t most collectors’ port of call when it comes to finding their next watch; they just don’t have the horological heritage of Europe. That hasn’t stopped Farr + Swit making a good amount of headway as a Chicago microbrand, mainly thanks to the solid build quality and stealthy looks of its hardy Seaplane.

Just like a proper island-hopping aircraft, the Seaplane is built to be a workhorse, complete with a fitting Sellita SW-200 movement. So far, so much like every affordable diver out there. Yet it’s the design of the Midnight Landing edition that sets it apart.

Mixing the stealthy pitch black with flashes of bright blue amongst the white indexes and diving bezel markings makes for an eye-catching look without sacrificing practicalities like legibility. It even has a wavy dial if you have Omega Seamaster 300m hang-ups. If you’re wondering what American watchmaking has to offer, start here: it’s a brave new world of watches, all for just over £500.