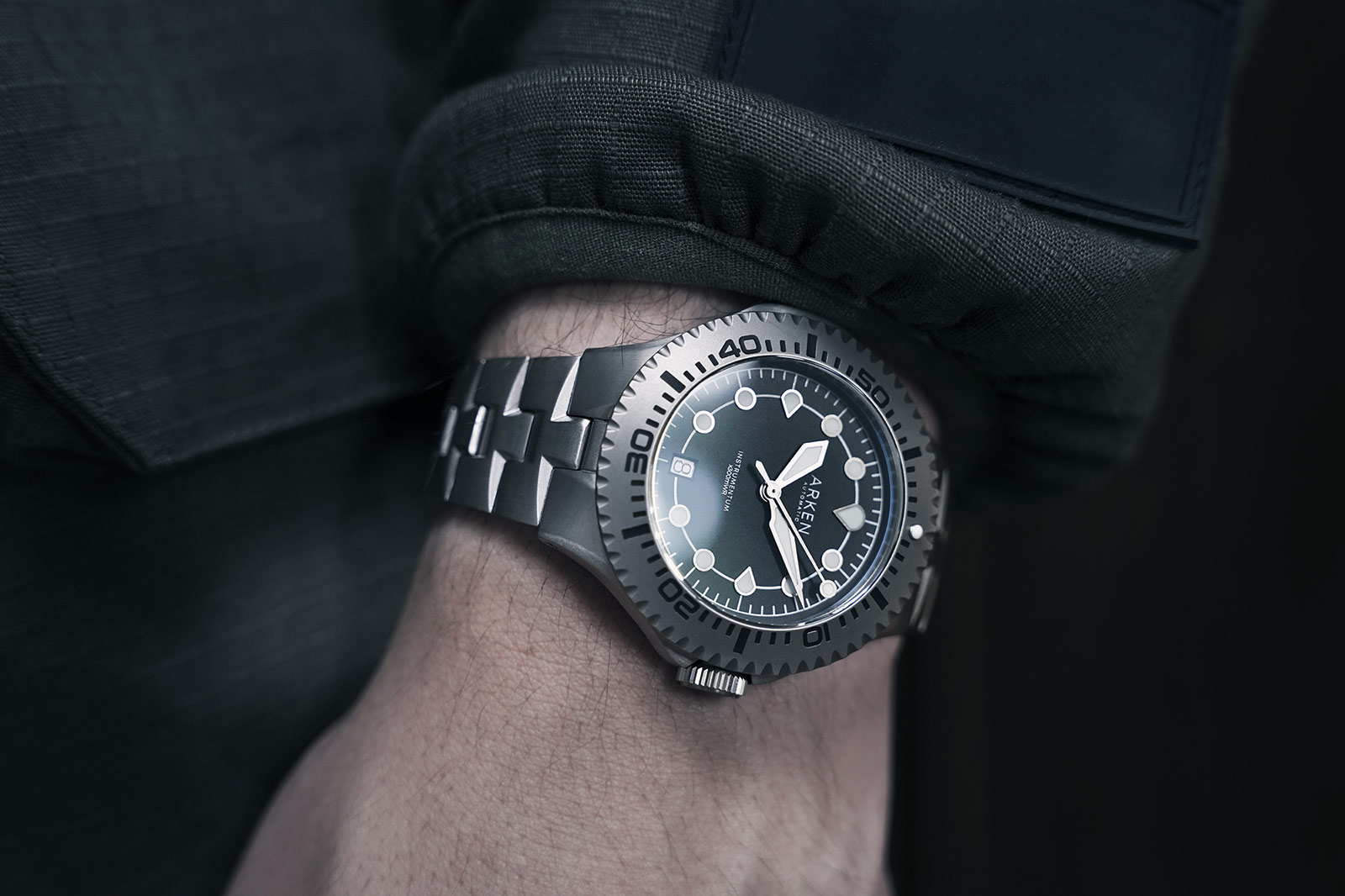 This battle-ready tool is a proper box-ticker, and what looks large is in fact rather svelte at 40mm with an 11.5mm thickness. The strong debut of UK-based Arken Watch Company is exactly what you need if you desire modern tool-tastic minimalism, rather than flashy vintage. With an integrated bracelet hinting at a VC Overseas after a testing stay at boot camp, Arken takes an impressive step up from so-so end links and tacked on bracelets, leaving us to wonder what their next chapter will entail. With a broad and glove-grippable diver’s bezel and two different pops of Swiss lume, this might just be the best value titanium bracelet 300m tool watch available this autumn. 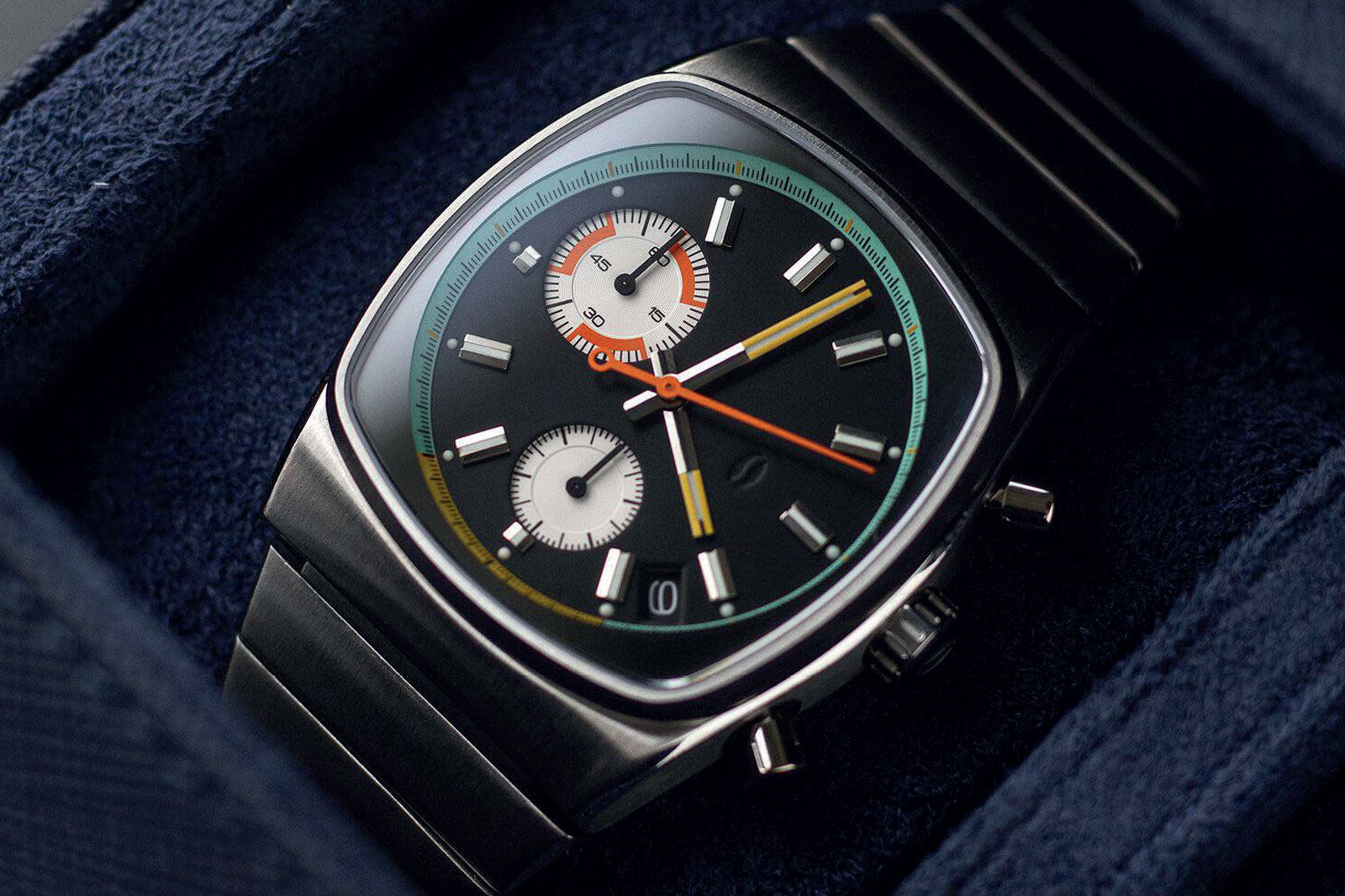 Disco-flash seventies with colours on the vibrant end of the scale, what’s not to love?. The US brand Brew understands our desire for pop with their new Metric, and for the wrist-shy there’s a crisp monochrome silver version with quiet touches of blue. The black dial chronograph is where it’s at though, with its groovy green and yellow minute track setting the tone for a mad dial of offset and irreverently placed colours and registers that shouldn’t, but do work. Fitted into a delightful square-cular cushion case on a groovy bracelet, this is the funkiest 36mm micro of the year. 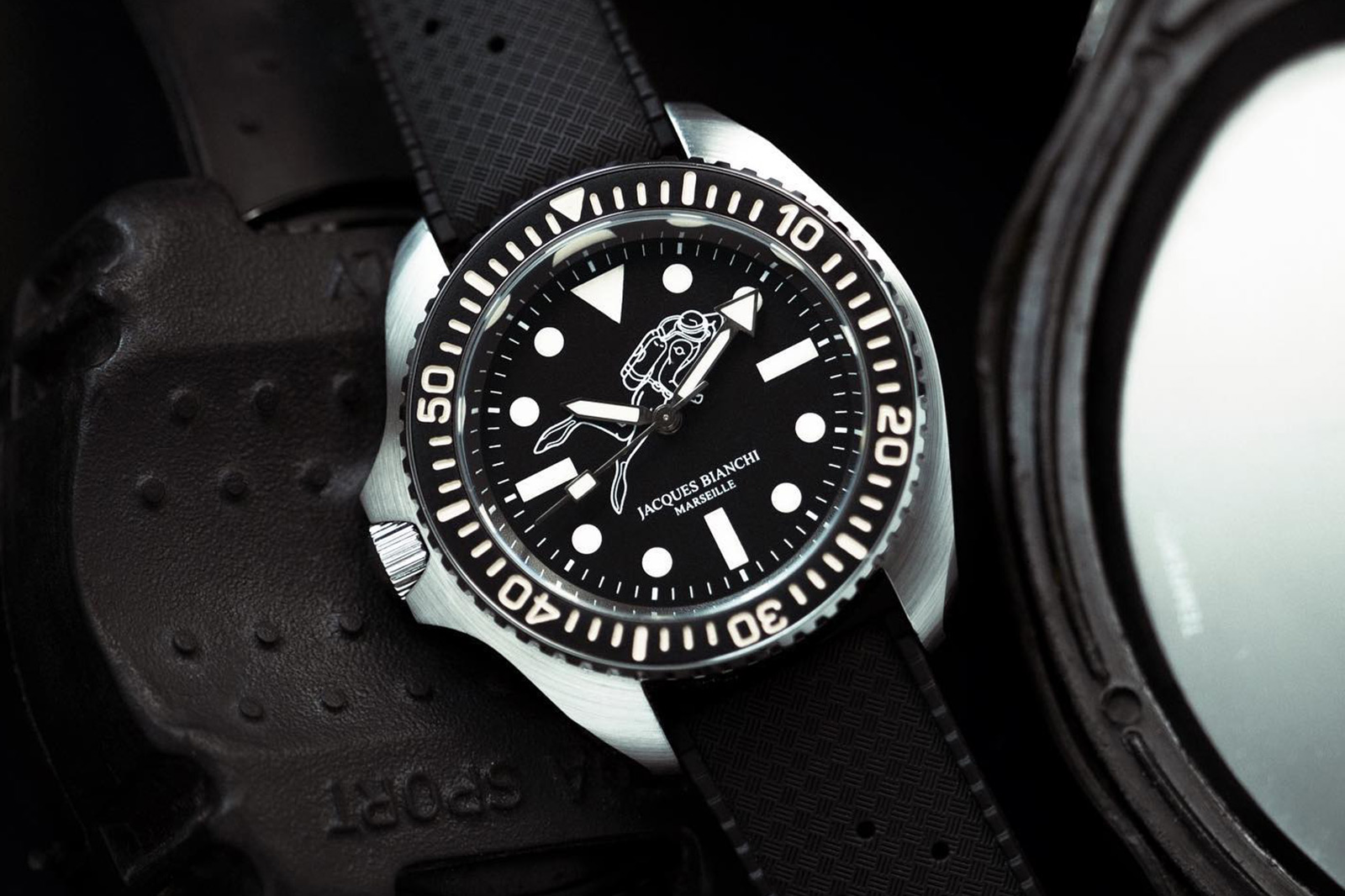 With a smooth turtle shell of a case, the rubber strapped Jaques Bianchi cannot be mistaken for anything but a vintage-inpired monochrome tool. For those unaccustomed to the wave of diver’s watches washing over us in 2021, there’s a large drawing of a SCUBA diver on the crisp dial. This is one of many quirky French touches, in what is more than just another desk diver’s tool. This is not nouveau retro, but rather the resurfacing (pun intended) of the eighties JB200, as used by the French Navy. This project is overseen by the octogenarian Jaques Bianchi himself, a Marseilles legend. Pedigree box properly ticked. 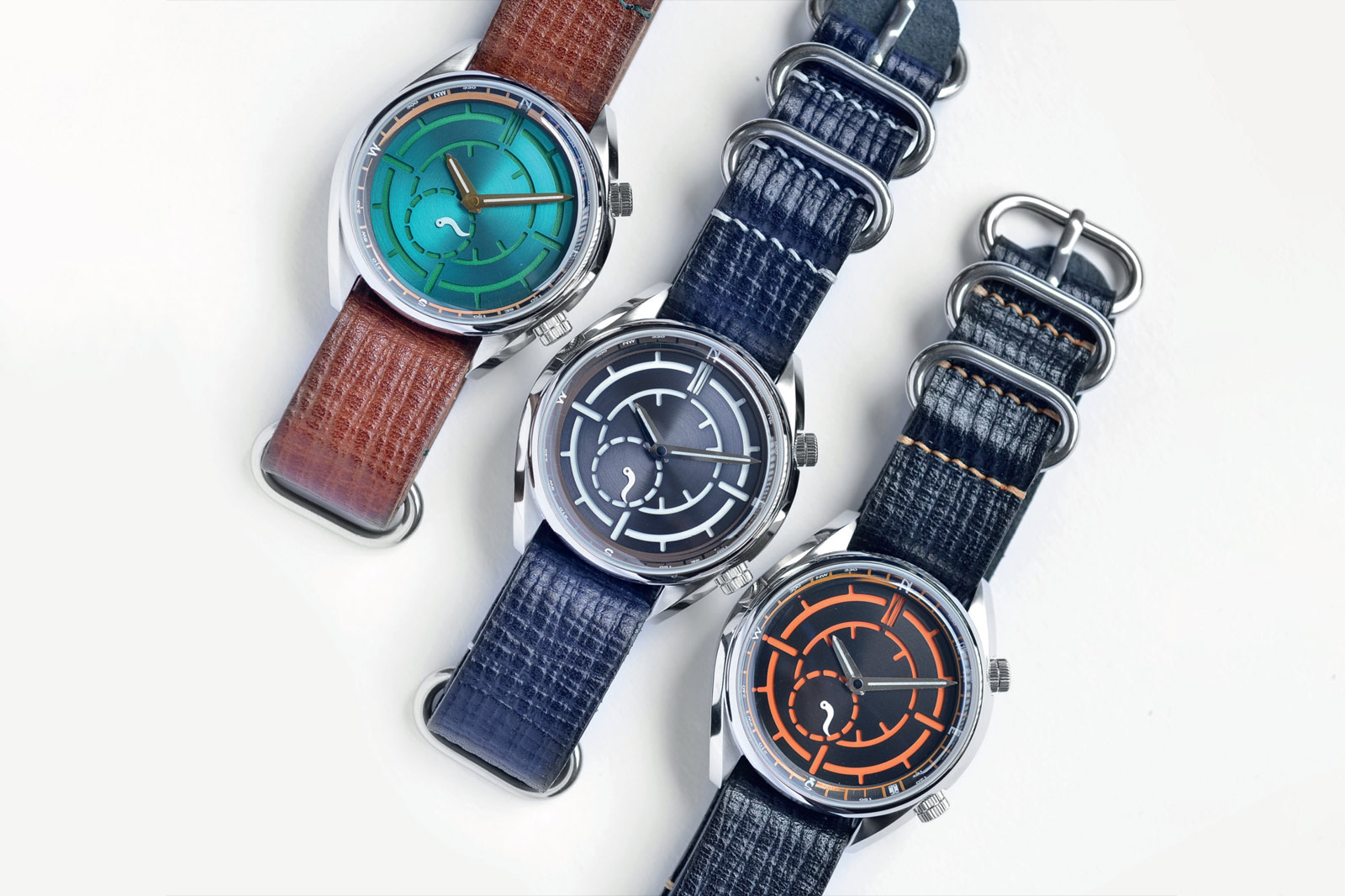 Feynman’s been making some damn interesting watches of late. In 2020, there was the Cove with its intriguing lumed detailing; then there was the Coalesce with its peacocks and peonies, offering dive and dress sensibilities respectively. Now the Singaporean brand’s taking on the explorer’s watch, using the same rugged silhouette as the Cove, now with the addition of an inner compass bezel. Add in a few icy colourways inspired by their namesake natural phenomena and the Fjord becomes the kind of off-kilter, colourful approach to watchmaking that’s made Feynman’s name. 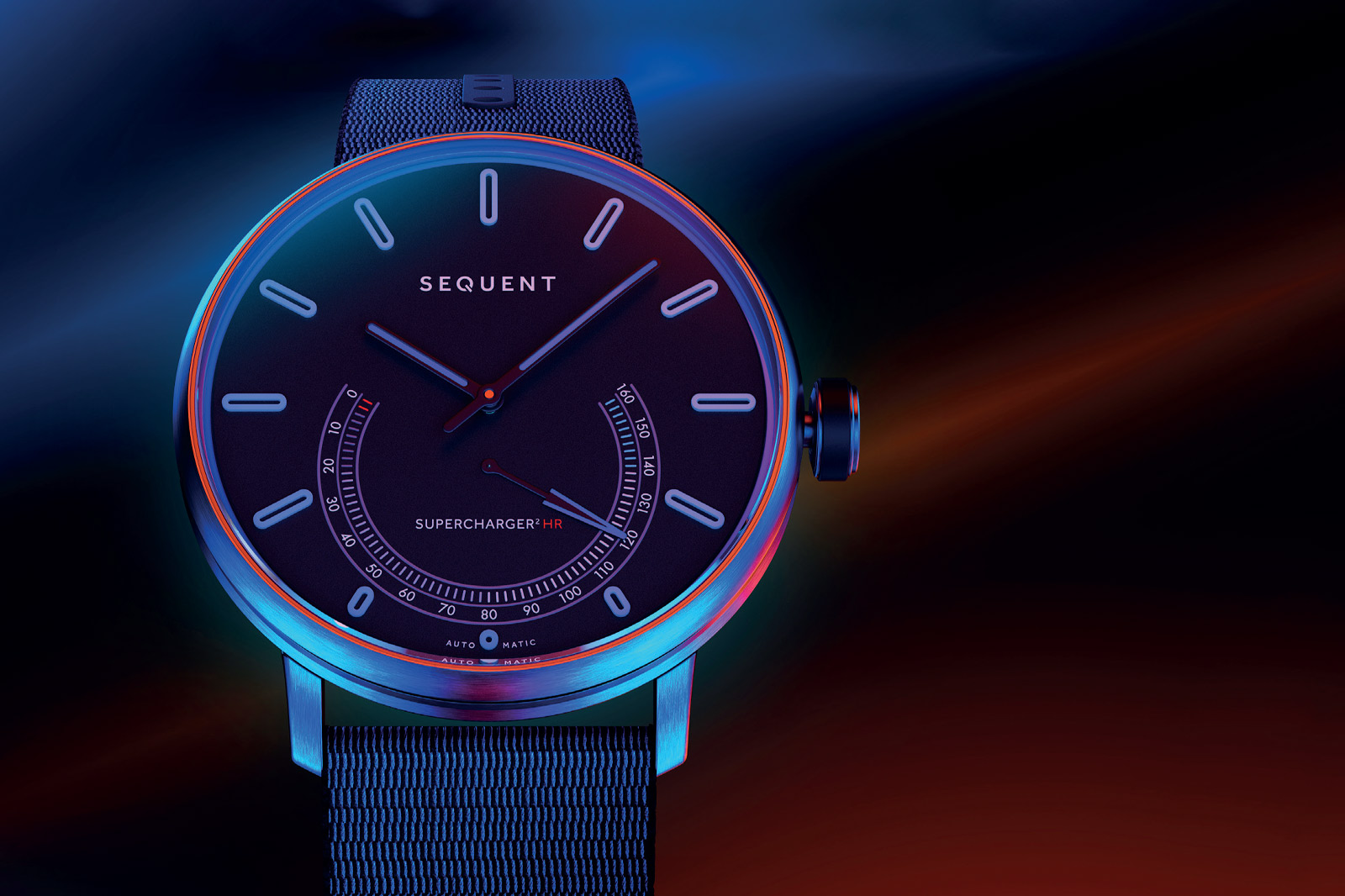 It’s not often you come across a micro smartwatch; the tech investments are generally too high for a small, agile, entrepreneurial brand. Yet here we are, with the Elektron, a self-charging, hybrid smartwatch. It has all the smartwatch loveliness that gets fitness junkies hot under the collar, housed in a case that’ll intrigue even the most willful luddites among watch lovers – and in titanium no less. Somehow the Elektron has only eight parts and no screws, yet still uses a rotor to charge its already substantial battery life. I doubt it’ll convert any Apple die-hards to something a little more aesthetically horological, but for those of us looking for a smart watch in both looks and tech, this could be it. 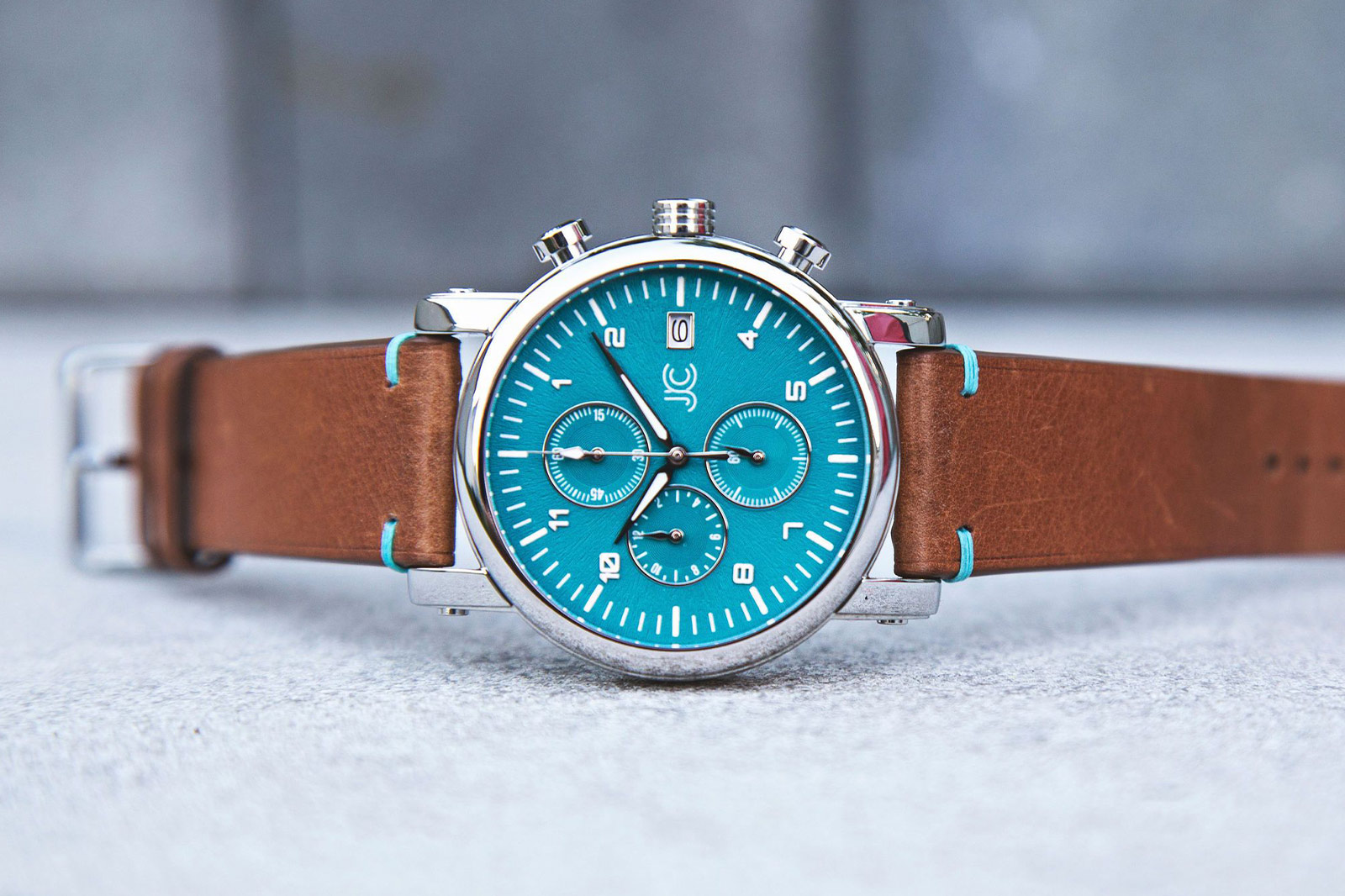 If you’re looking for a little colour in your life then you’ve come to the right place. The latest collection from cufflink and watch designer J. Ciro has that in spades, all wrapped up in a distinctly sporty chronograph. The third run of the brand’s stopwatch timepieces, the newest iterations are sleeker, more modern and in some incredibly eye-catching colour combinations. While the more performance minded among you might opt for the racing red or yellow with black DLC cases and matching straps, you can’t go wrong with the classic white, particularly when it’s on a sky blue strap. Or you know, you could get them both. At $275, the meca-quartz equipped watches are nothing if not accessible. 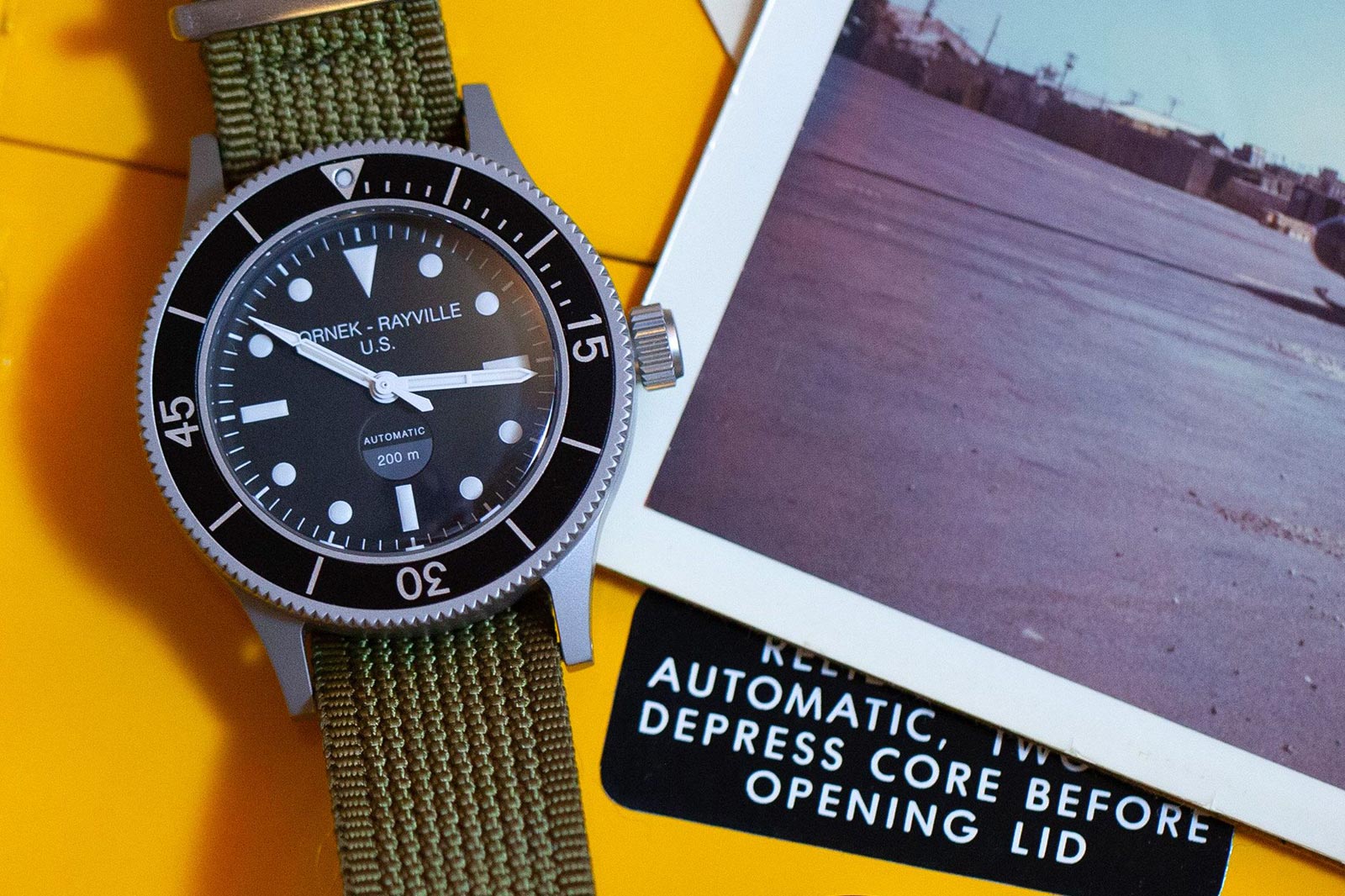 One from the history books produced by the well-known Mk II Watches, and for good reasons recognisably Fifty Fathoms-esque. Just like the Speedmaster won the US government gauntlet for Space-worthiness, the Fifty Fathoms was deemed best suited for the subsea world, beating a certain submariner in the process.

Meant to survive Vietnam war missions on the wrists of Navy divers and demolition teams (now known as SEALs), put through its paces the Blancpain was the sole survivor. But, the Buy American act, meant ordering a batch of Blancpains was out of the question, and importer Allen V.Tornek cheekily circumvented the regulations with the relabelled Tornek-Rayville TR-900, Rayville being Blancpain’s Villeret home twisted as a phonetic anagram. Most of the approximate 1,000 TRs were destroyed after missions due to the radioactive lume, and so the myth was born (go Google it). Bill Yao of Mk II acquired the name some years back, and this is their crisp recreation of the Tornek-Rayville, the reimagined TR-660.

A pure fifties skindiver with nothing but pure function and legibility, and of such a balance in proportions it seems to straddle the invisible line between vintage tough and a function-focused modern minimalism. Pure monochrome and silky matte of case, its bead blasted 40mm look is one of perfection simplified, and judging by the output of Mk II, will feel exactly as Leica-like as it looks on its thick Nato woven nylon strap.