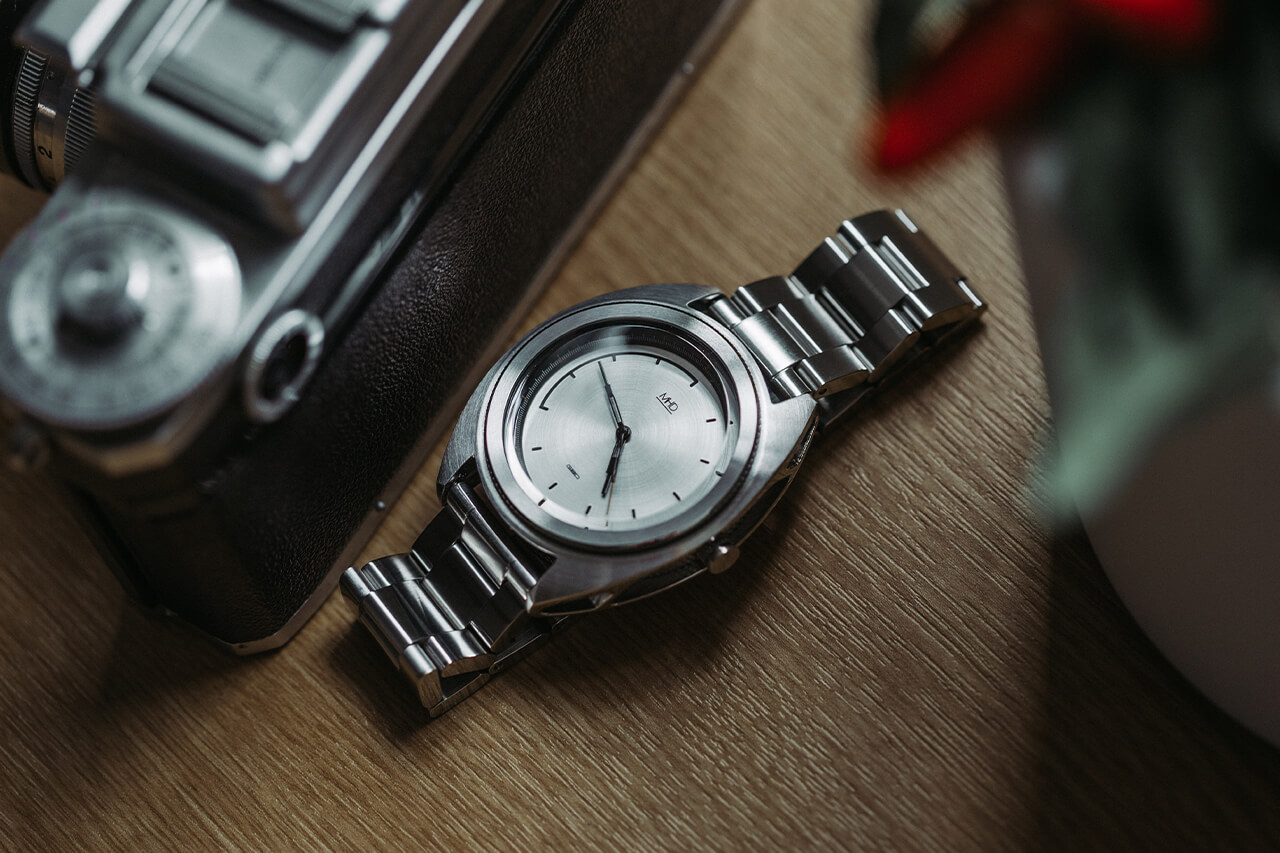 Watches inspired by cars are ten a penny nowadays; simply stick a tachymeter on whatever generic case you have lying around and you have yourself a racing watch. MHD is different though. Rather than being designed by a watchmaker with an eye for an engine, MHD watches are created by a true automotive designer. The result is the AGT with its striking exoskeleton, knurled finishing and sleek monochromatic look. Equipped with a Miyota 9015, an automatic engine that’s been round the block a fair few times, the AGT may well scratch the high-octane itch you didn’t know you had. 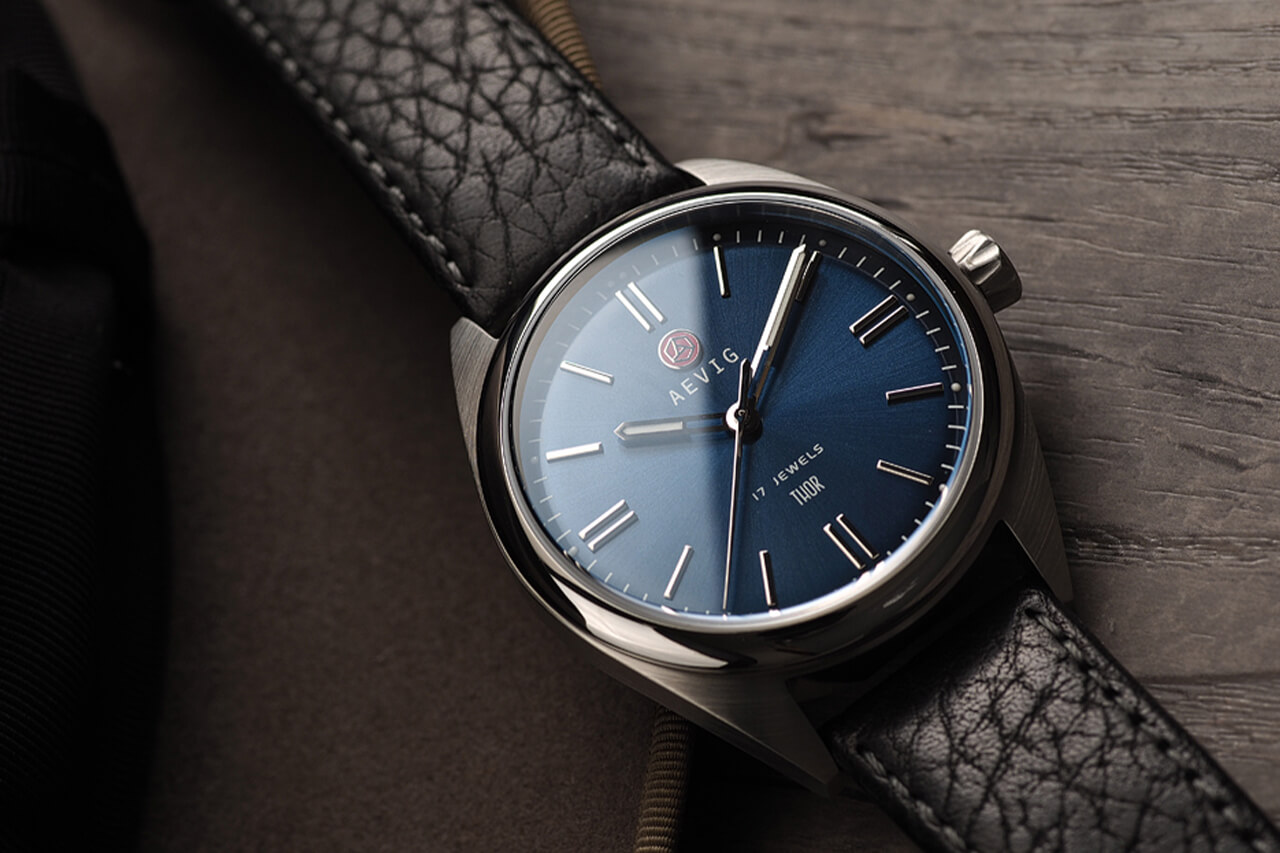 The Huldra may be one of the coolest microbrand divers out there right now (and there’s a lot of competition) but that’s not the only feather in Aevig’s retro-slanted hat. Despite its name, the Thor Dress-watch is remarkably restrained. Sure, it’s larger than most at 40mm across, but everything from the piepan dial to the fluted crown harks back to the vintage pieces of yesteryear. Powered by an on-show Miyota movement, the Thor is a balance between early-20th-century design cues and distinctly contemporary styling, a worthy counterpoint to the tool watch vibes of the Huldra. 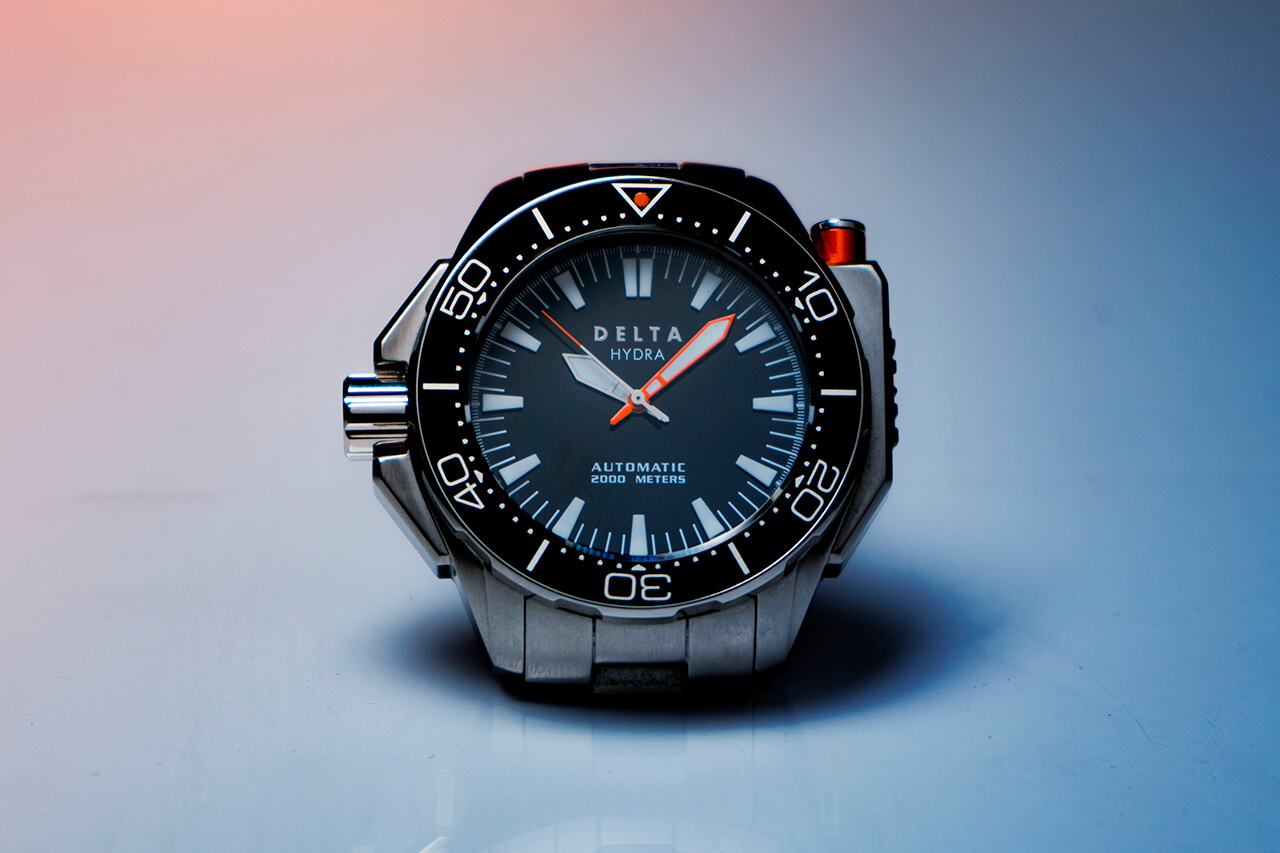 The ongoing armada of diving watches inspired by the golden era of underwater exploration – the 60s and 70s – shows no signs of abating, nor should it. Yet a truly great watch can’t rely on style alone; it needs to back it up with both functionality and, in an ideal world, a great price. The Hydra has both. Not only is it very obviously inspired by the likes of the Omega Ploprof, but it has the specs sheet to back it up, with an incredible 2,000m water resistance. It matches performance with professional styling in black, yellow or orange and a price that even a novice diver won’t mind investing in. 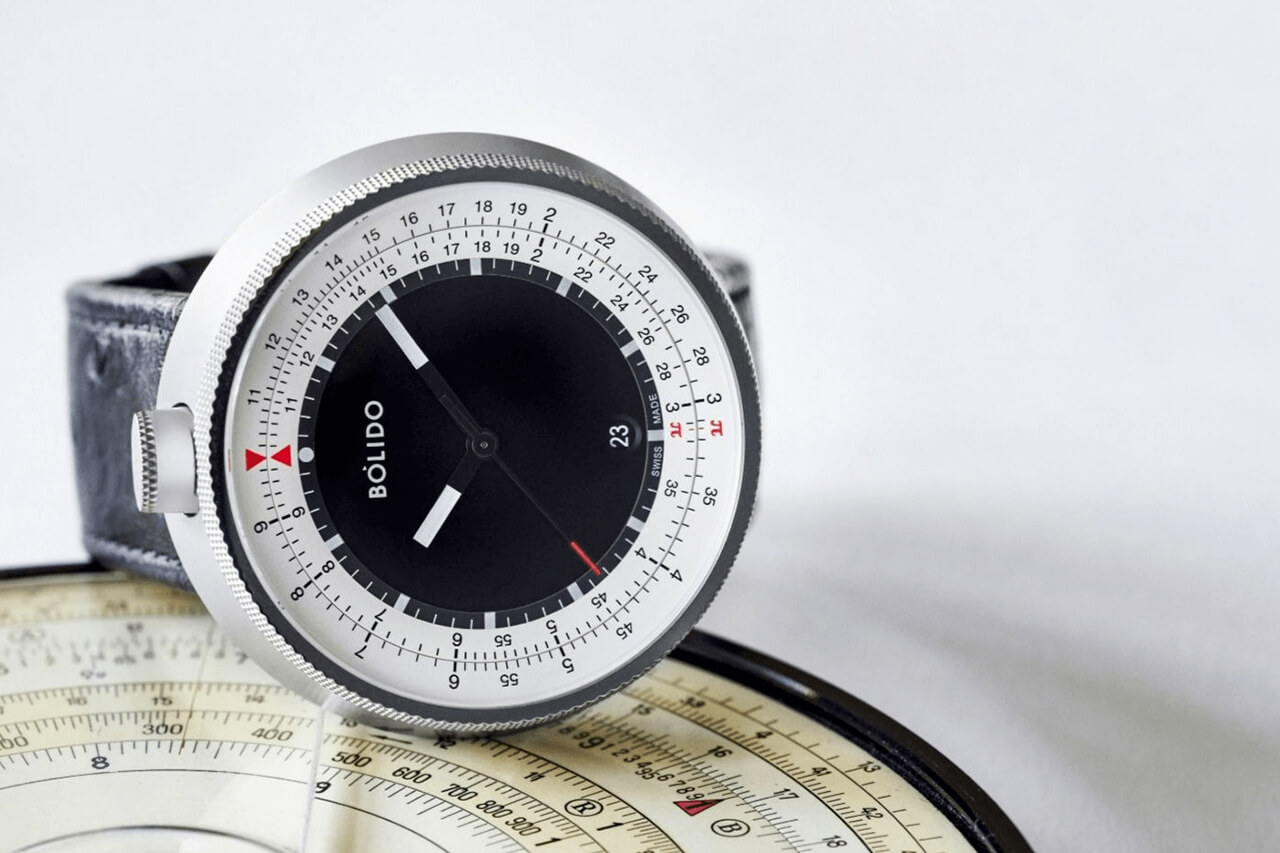 The unique, pebble-shaped case of Bolido makes for a solid, practical and eye-catching watch; now the fledgling, design-led brand has gone one step further with the Bolido X. The monocoque case has been enlarged to include a pair of different rotating inner bezels. Bolido X LOG introduces the kind of slide rule that’s normally only seen in the likes of Breitling’s Navitimer; the Bolido X CD opts instead for a simpler though more everyday useful countdown bezel, similar to what you’ll see on diving watches. Both work flawlessly with the streamlined, Red Dot Award-winning Bolido shape and both fittingly expand what we expect to be an incredibly interesting collection to come. 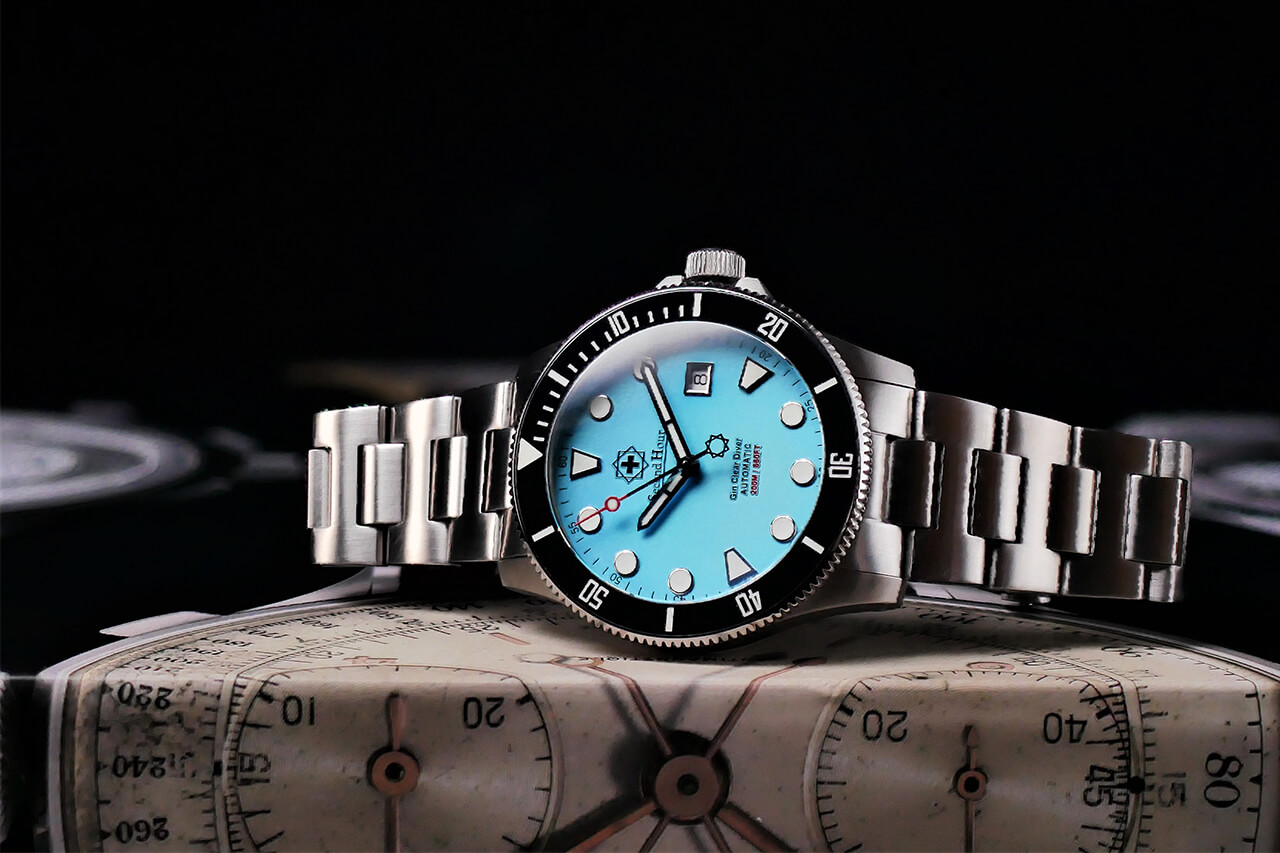 The Aussies over at Second Hour hit the retro diving nail on the head with its Kickstarter-smashing Gin Clear Diver. Now that it’s into its second run, the superb 60s-inspired diver is available in a trio of new, bright colours: a forest green, a lovely bright blue and a fantastic full-red number. Boasting the same throwback looks and solid performance specs as the original run, the new colours are a decent warm-up before Second Hour’s next design, the Giant Stride, launches later in the year. Pre-orders have just opened; and don’t forget your 20-percent discount code for signing up on Second Hour’s website.