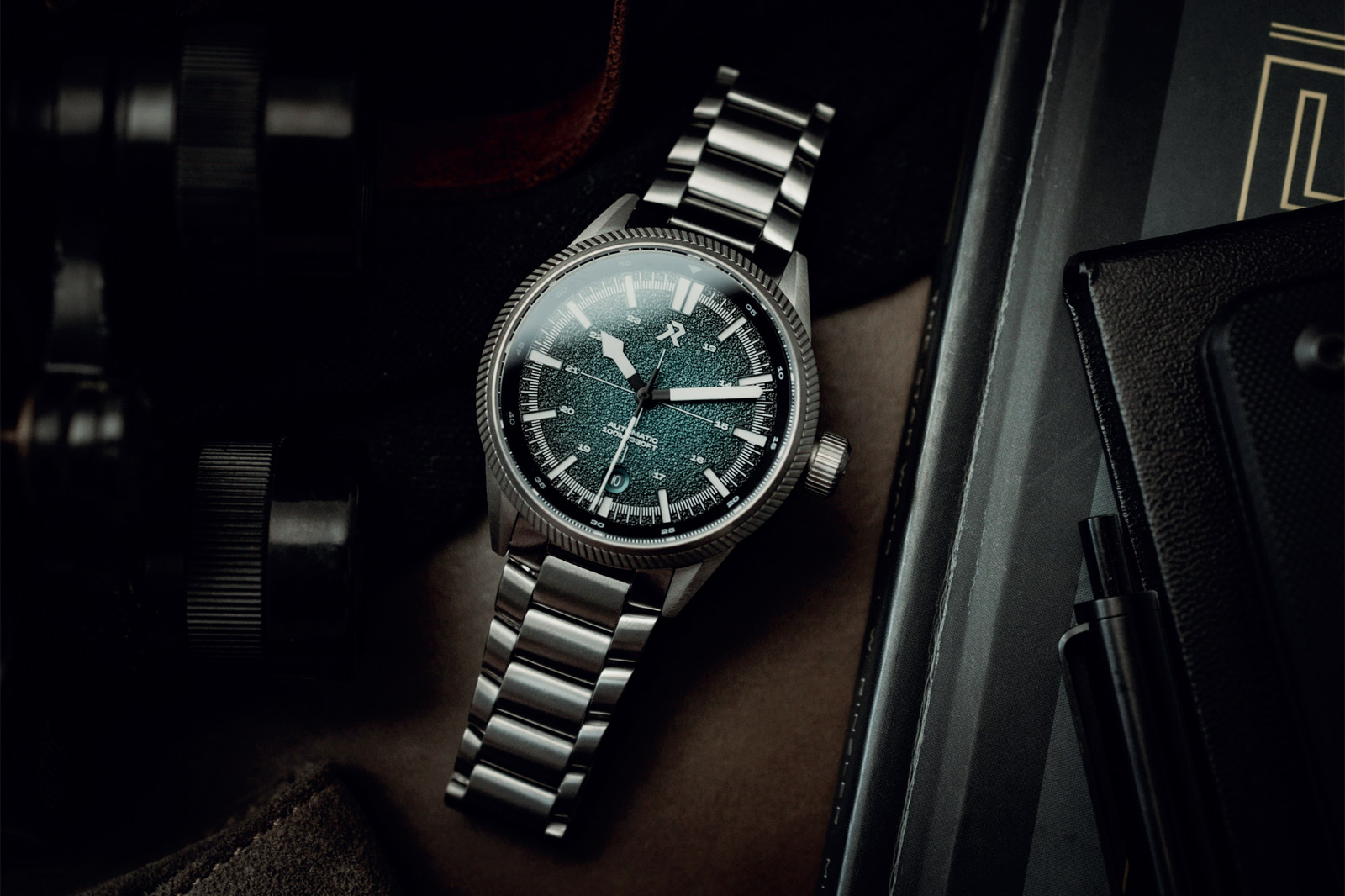 With the RZE signature titanium case protected by UltraHex anti-scratch tech, this pilot’s watch is one tough tool. The team at RZE have detail scrutiny like few others, and the battle-ready specs include the HexCrown, with a flash of red to ensure tightening to its full 100 metre water resistance. With its textured black dial and crisp white markings inside a turbine-inspired bezel, angular lugs fits the weaponized look of one of the best value titanium pilot’s tools available. 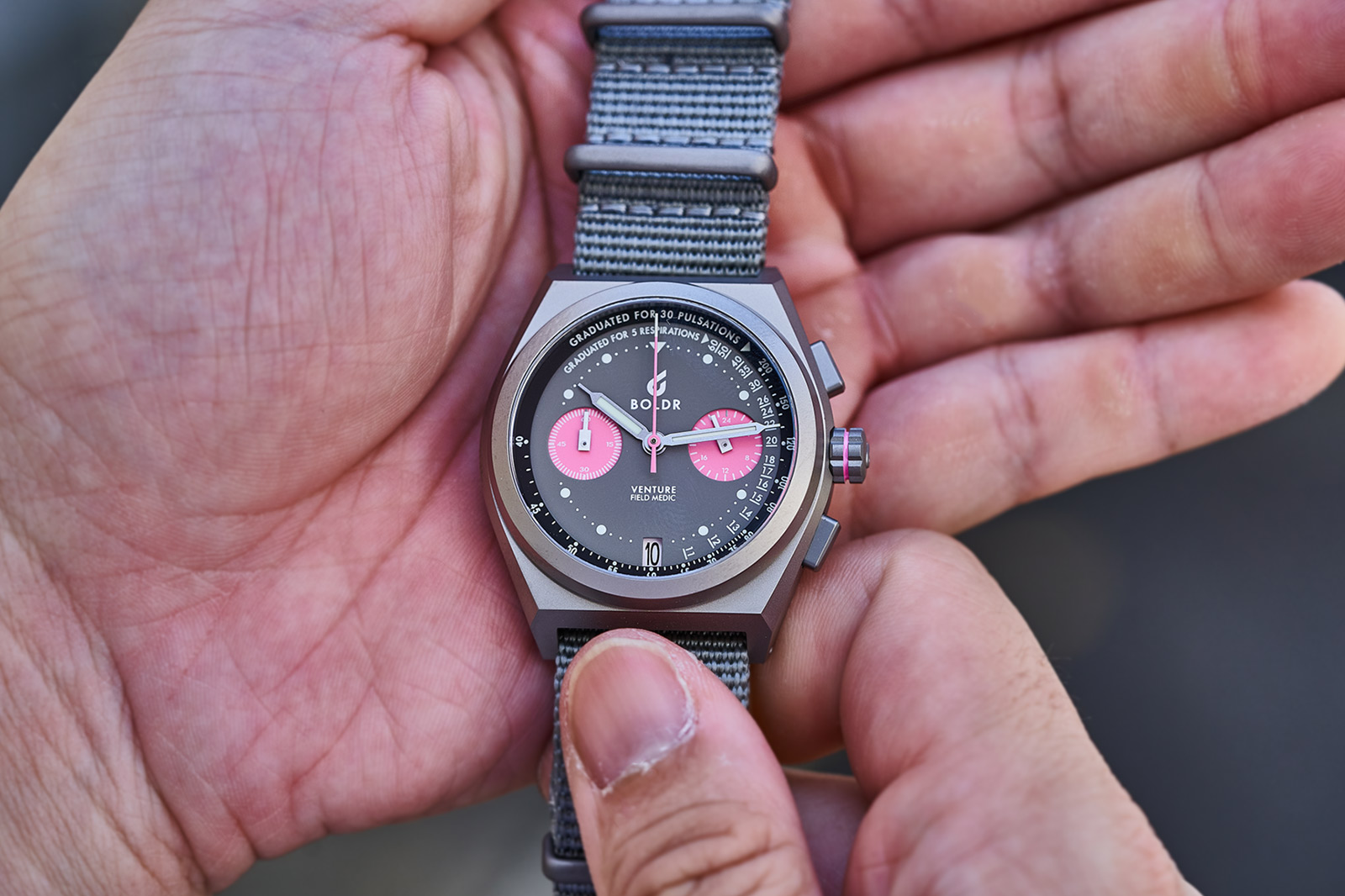 After their success raising money for frontline medics with their initial (and incredibly handsome) pulsometer-mounted timepiece, Boldr are back to support another worthy cause – and this time, it’s pink. Joining the thousands of other charities raising awareness for cancer research, this striking pink panda matches the famous charitable pink ribbon pin, and 25% of sales will go directly to cancer research charities. Housed in a 38mm titanium case with a solid Japanese movement, there are very few reasons we can think of not to support the cause. 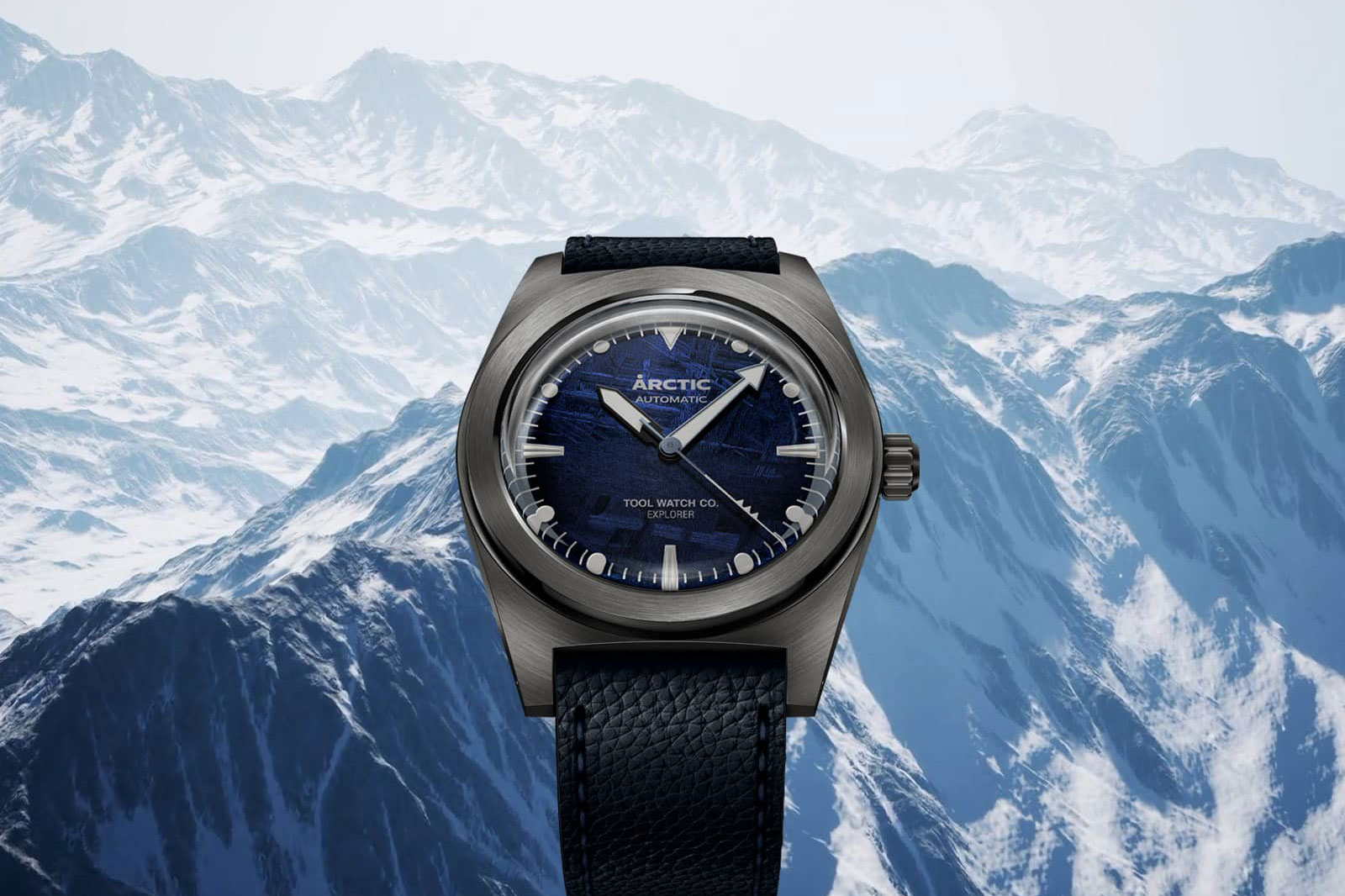 Bold brushstrokes in the dark titanium case sets the tone for what might be a contradiction in terms, an elegant field watch aesthetic. This is nothing but a strong debut from Tool Watch Co, and the Arctic Explorer has an indefinable quality. It might seem vintage at first glance, revealing itself as a modern tool watch through its material and colour choices. Delightfully slim at 38mm, with a choice of textured meteorite dials. The deep blue of the Signature Series is particularly beguiling under its box sapphire crystal, juxtaposed on a suave saffiano leather strap. Arctic cool white indexes stand out on the dark dial, with what is an unbeatable seconds hand, replete with what looks like the serrated tip of an ice pick. 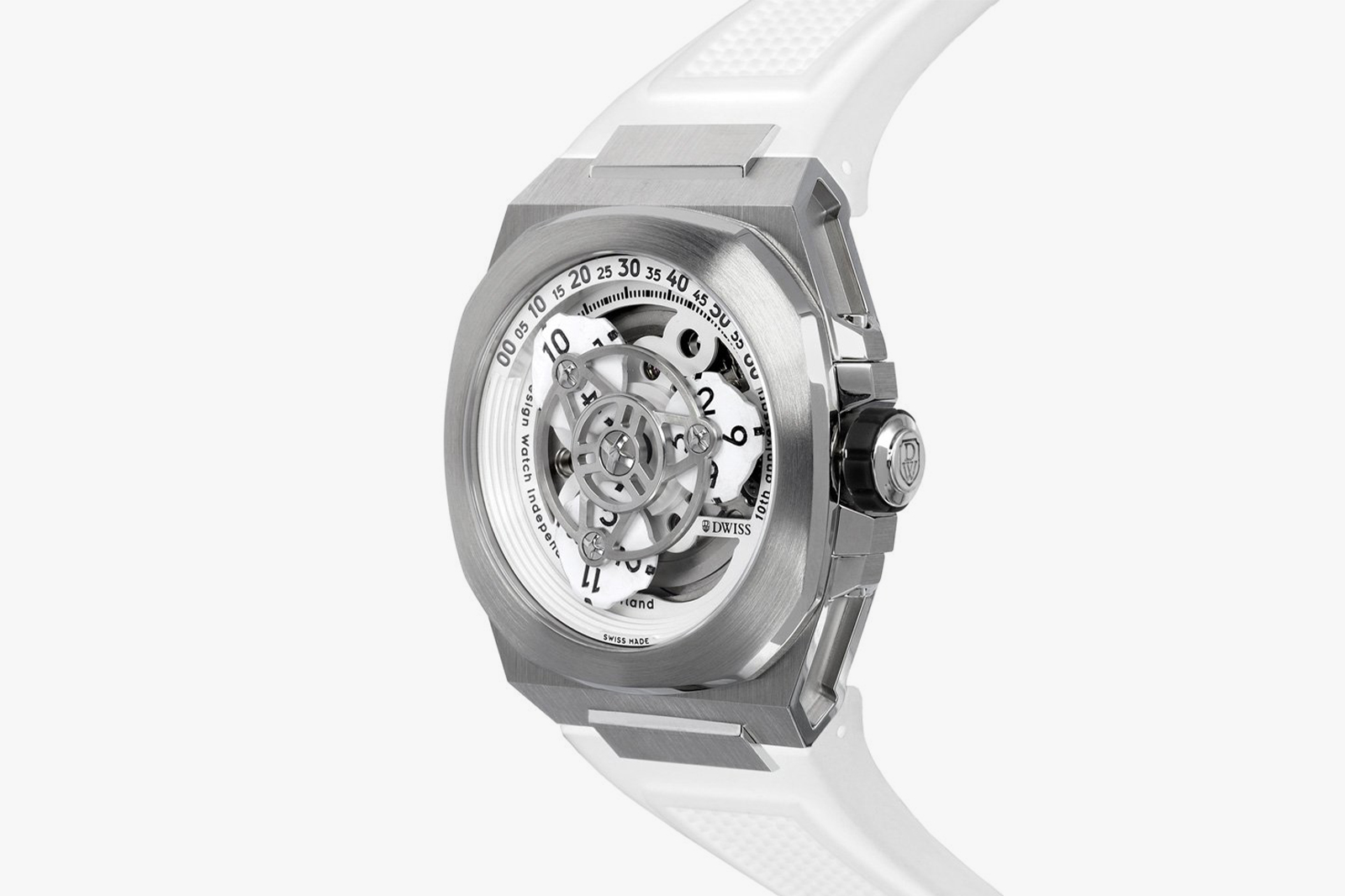 It’s been 10 years since DWISS burst onto the scene with their distinct approach to watchmaking and to celebrate the Swiss brand is launching the M3W, a welcome evolution of their award-wining M3. Rather than the displaced hours of previous models, the M3W dives deep into haute horology with a full wandering hours module, the kind of thing we’re more used to seeing in Urwerks than anything in this price bracket. In typical DWISS style, it’s not exactly shy and retiring with its chunky case, skeleton dial and that trio of revolving satellites orbiting around. Try finding a more extreme watch for the money. 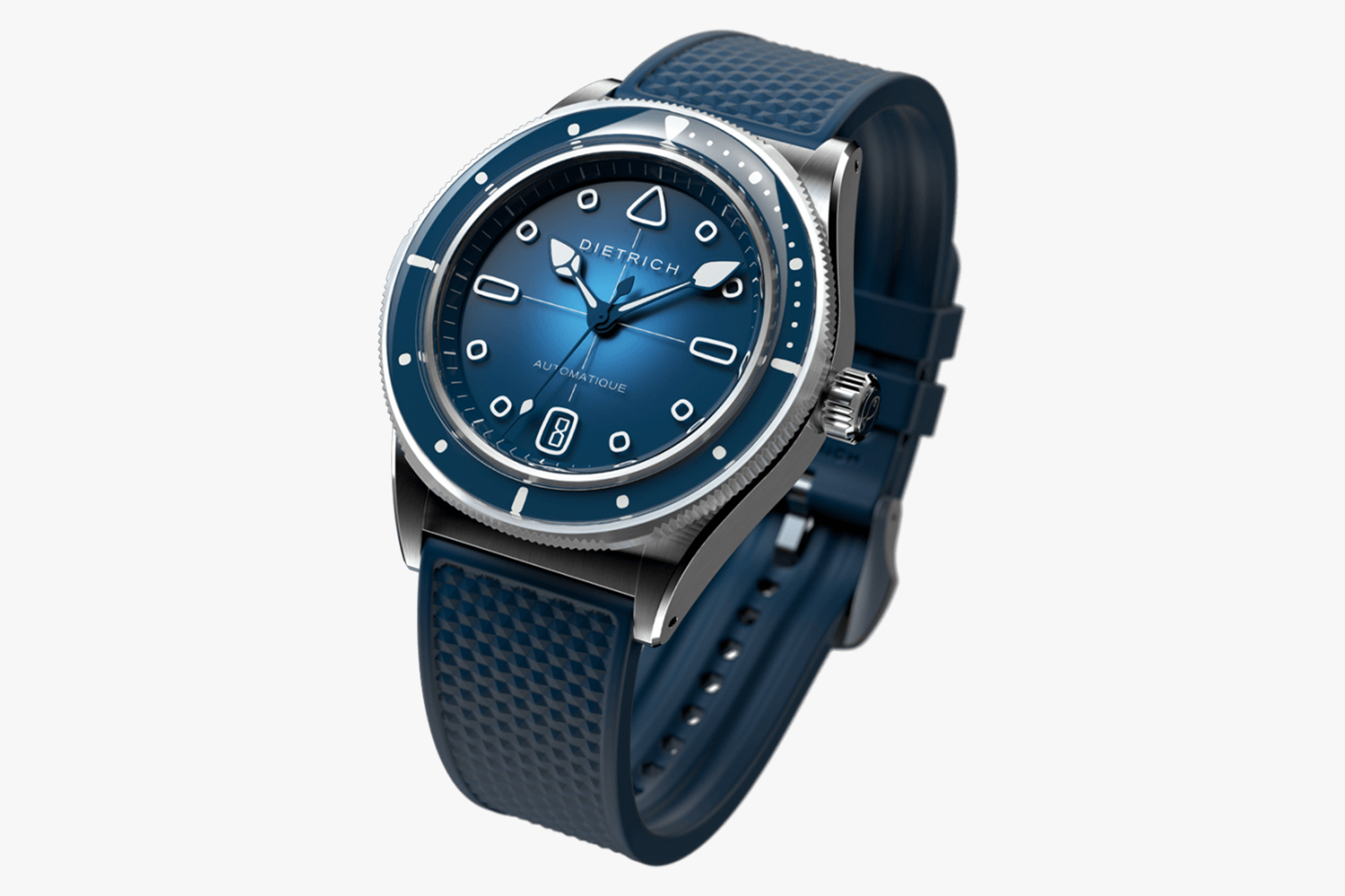 Tentatively launched earlier this year, and now ready to buy, the Dietrich Skindiver proves that we can still get surprised in the rather saturated market for vintage tool charm. From Suave Black to Pacific Blue, there is an organic and smooth touch to this taste of mid-century that just gets to me, especially in the flash of fumè blue ocean depths. The unusual intrigue of a layered sapphire dial has got familiar clues, yet the rounded non-definable shape of the hands and the quirky square-cular indexes speak of Emmanuel Dietrich’s very personal, and damn charming vision of Goldilocks-sized wristwear. Just be aware: there’s a bit of a waitlist for the blue, now. 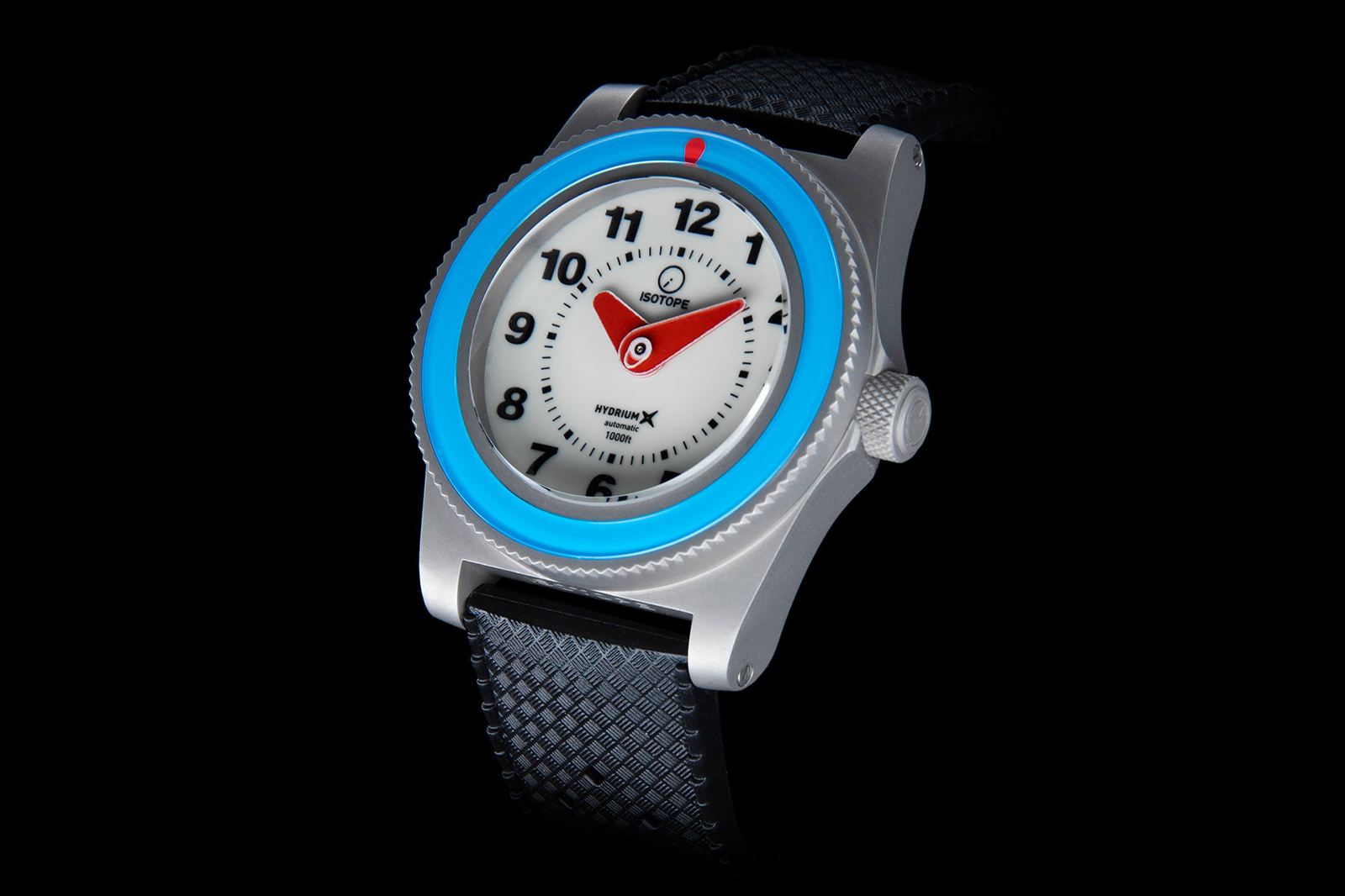 In a satin smooth tool case of friendly proportions, Isotope proves the simple concept often lacking in our world of incessant buzzing computerized wrists and pinging phones, and that is humour. The “Will Return” is a cheerful celebration of normality ensuing in the world, with a fully lumed dial to light up your nightly excursions or deep dives. With its vibrant red and searing ice-cool blue dial, it’s a chunky sports watch that riffs on the unusual inspiration of an American shop door sign. Google it and I’ll guarantee a wide smile. A winning blend of cheer and bullet-proof design makes for tempting, candy fresh wrist game. 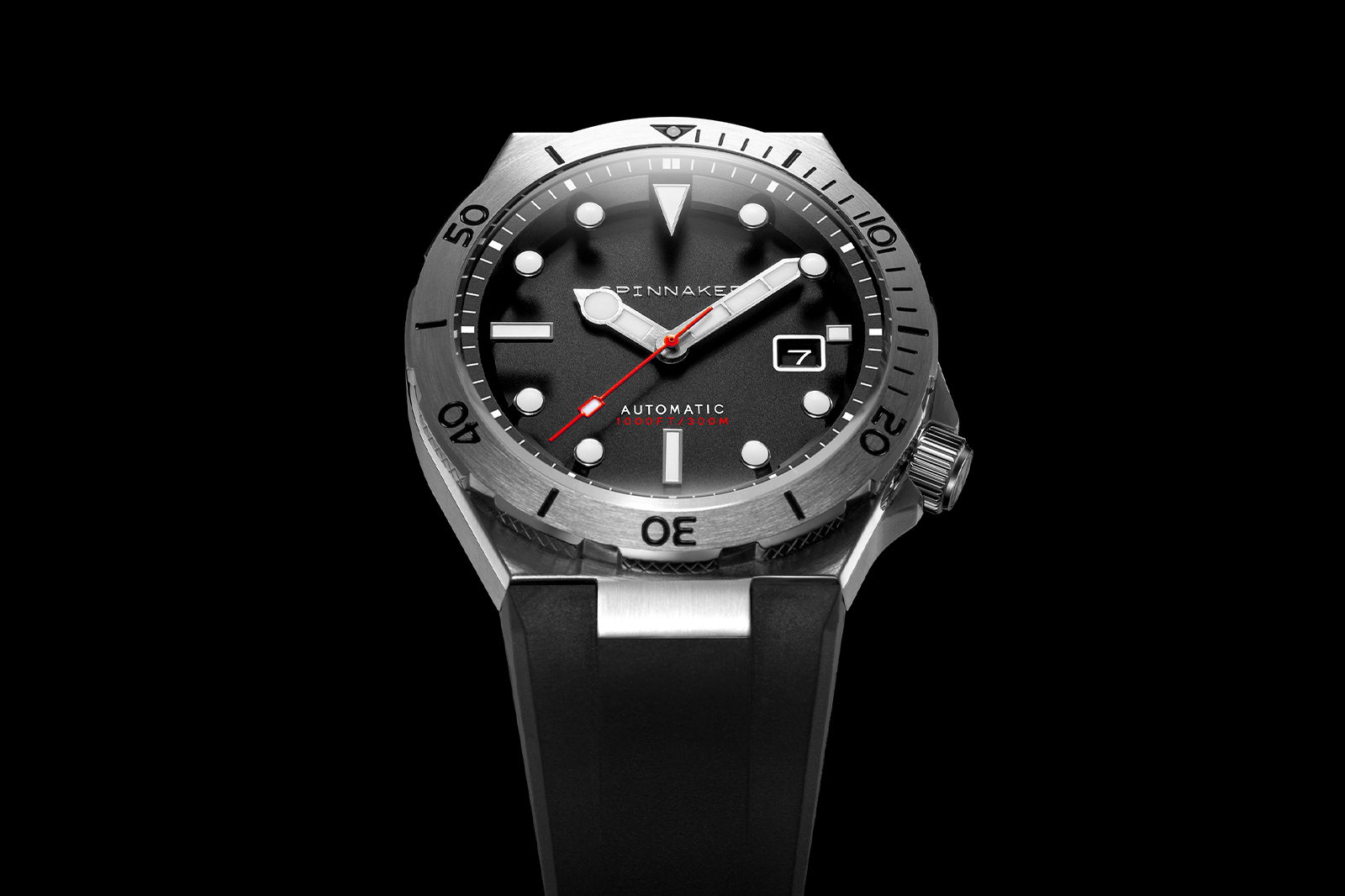 Looking for an accessible diver that can dive the big leagues? As ever, Spinnaker has you covered, this time with the impressive piece of diving instrumentation that is the Boettger. It’s easier to appreciate than it is to say. Water resistance to 300m, equipped with a rather sleek integrated strap and opting for a four o’clock crown rather than the traditional three – complete with rugged crown guards of course – it has everything that made the Prospex a hero diver. What sets it apart however are its floating indexes, supported just above the hands like boats on the water so that the hands drift underneath. It turns what would be another solid diver into something unique.