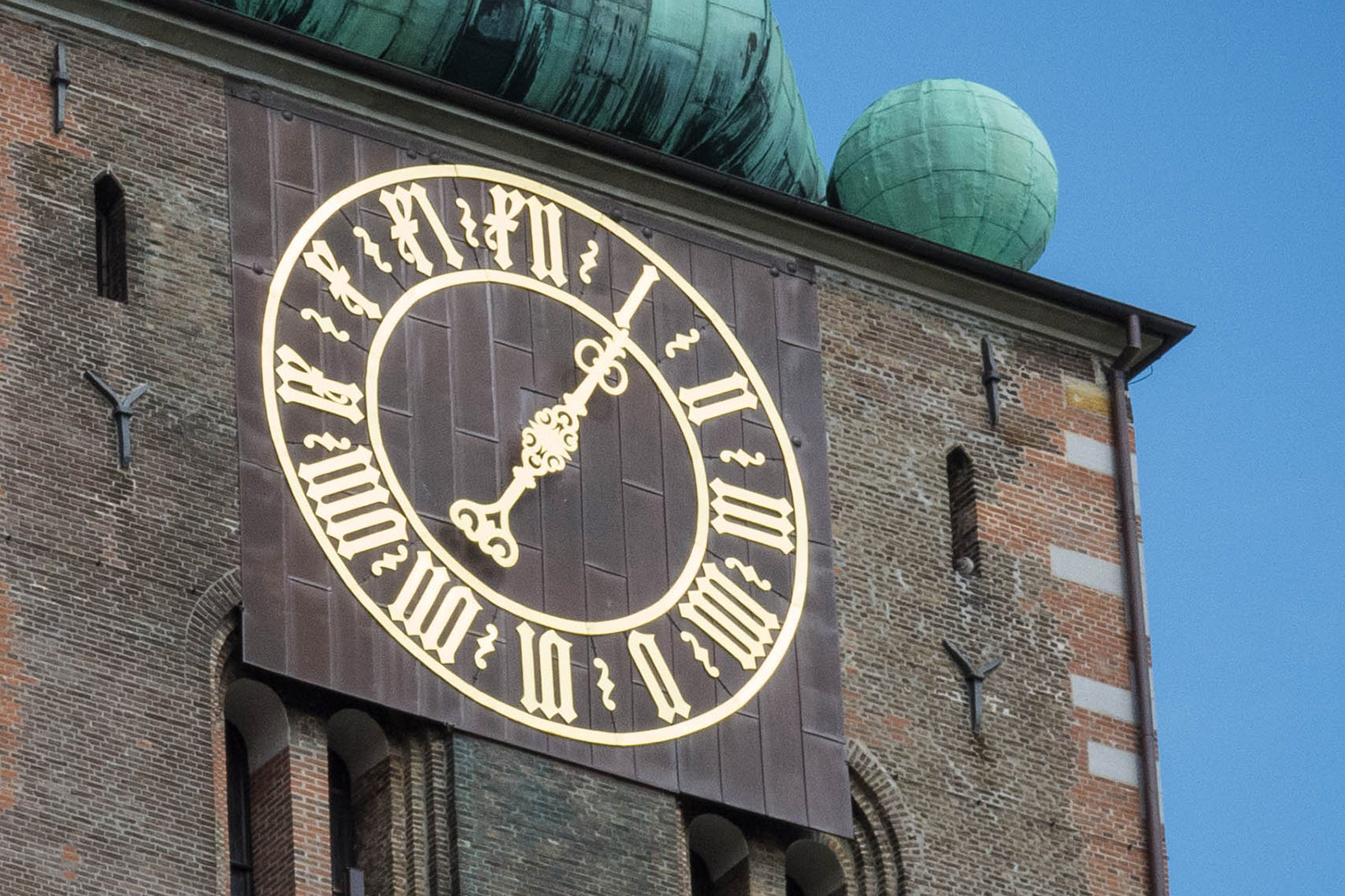 The general answer is three – seconds, minutes and hours. But let’s be honest, nobody really needs the seconds, which takes it down to two. And still further, you have the fact that both hours and minutes are read off the periphery of the watch. What if they were read off the same scale? When it comes right down to it then, all you need is a single-hand. 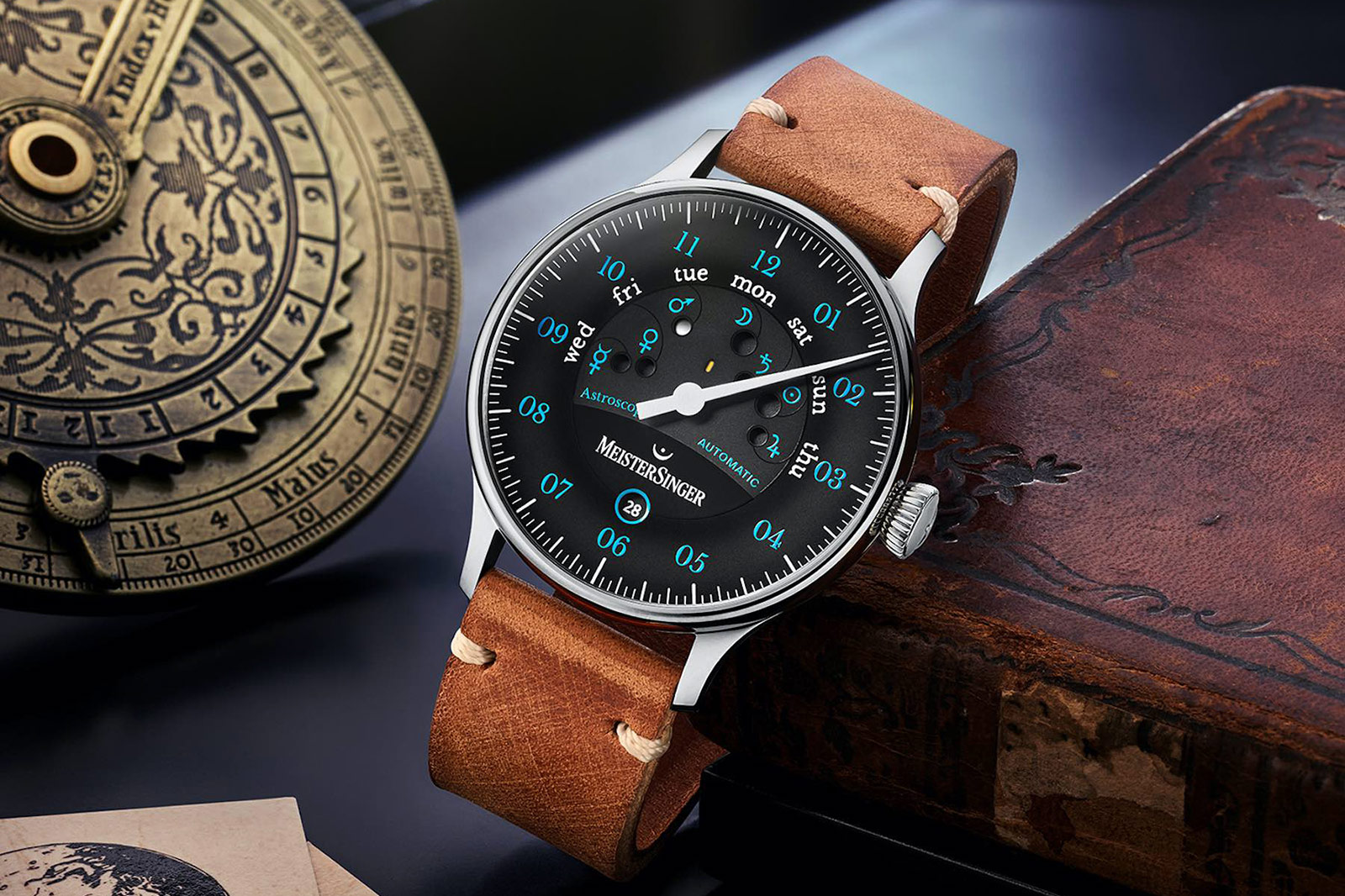 The single hand watches of German watchmaker MeisterSinger might seem like some quirky, novel way of timekeeping, but it’s actually been around for longer than you might think. If you want to get really pedantic about it, a sundial is a one-handed clock. But even as late as the beginning of the 18th century, most clocks were equipped with just a single time-telling hand.

Now, granted in both these instances they only told a rough time because that’s all they could do. It took a while before clocks could measure minutes to any degree of accuracy, anything more in fact than when it was about time to start work, stop work or go to church (hence the one-handed clock in our very own Westminster Abbey). 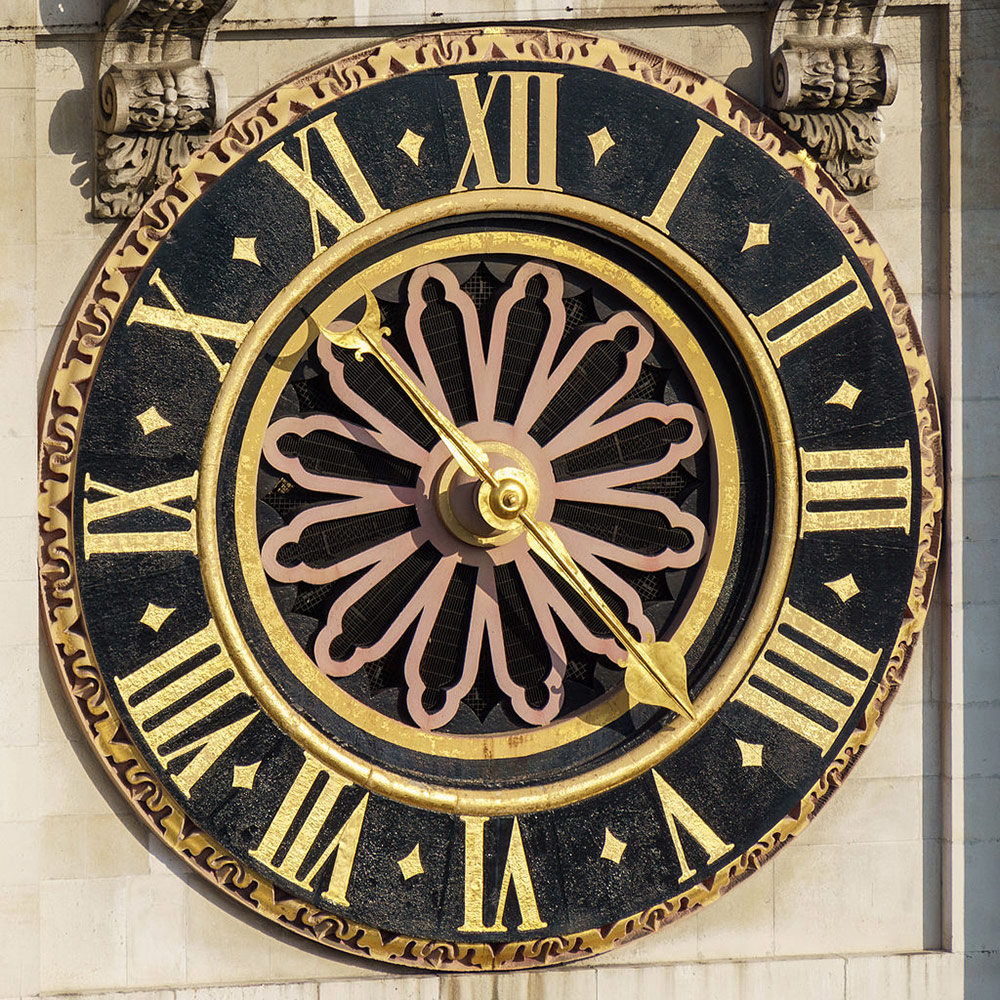 MeisterSinger’s single hand watches, like the Perigraph or Pangea, might seem like a bit of an archaic design. And yet it’s what have built their entire brand on – and there are a handful of understandable reasons why.

The first is practical. With fewer moving parts going on, you can use a simplified movement and there’s fewer things that can go wrong. The second is aesthetic. By having fewer indicators, you have a less crowded, more minimalist look; a broader canvas for MeisterSinger’s designers to work with. 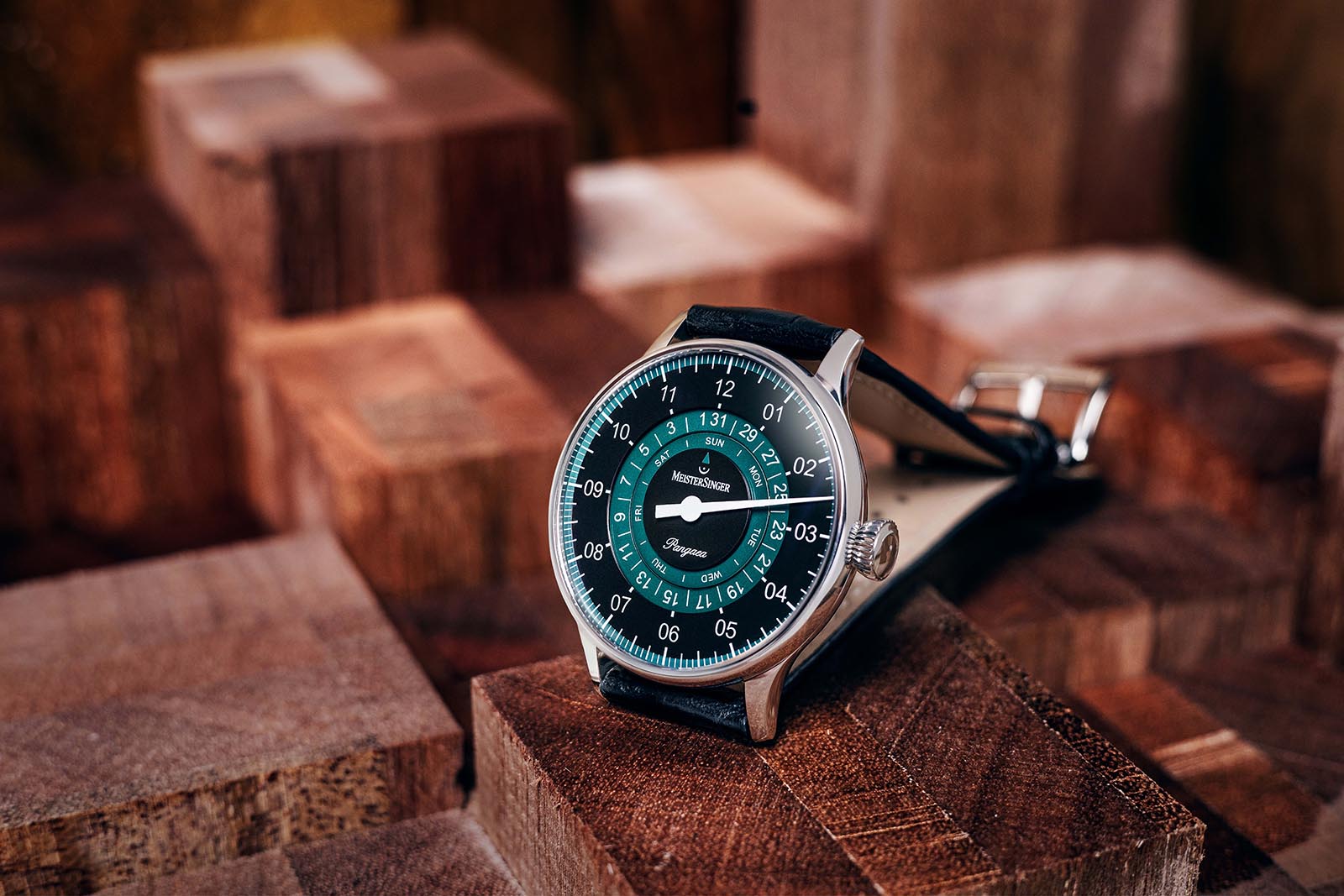 So far, so understandable – but it’s the last, philosophical reason that clinches it. As already stated, it wasn’t until the 18th century that minutes were introduced to clocks. But it wasn’t until industrialisation that seconds mattered. As soon as they were, workers had to clock in and out at exactly the right time, stick to rigid timetables and in general be commanded and controlled by the time. Dropping the seconds entirely and returning to a more relaxed way of telling the time is the antithesis of the rat race. 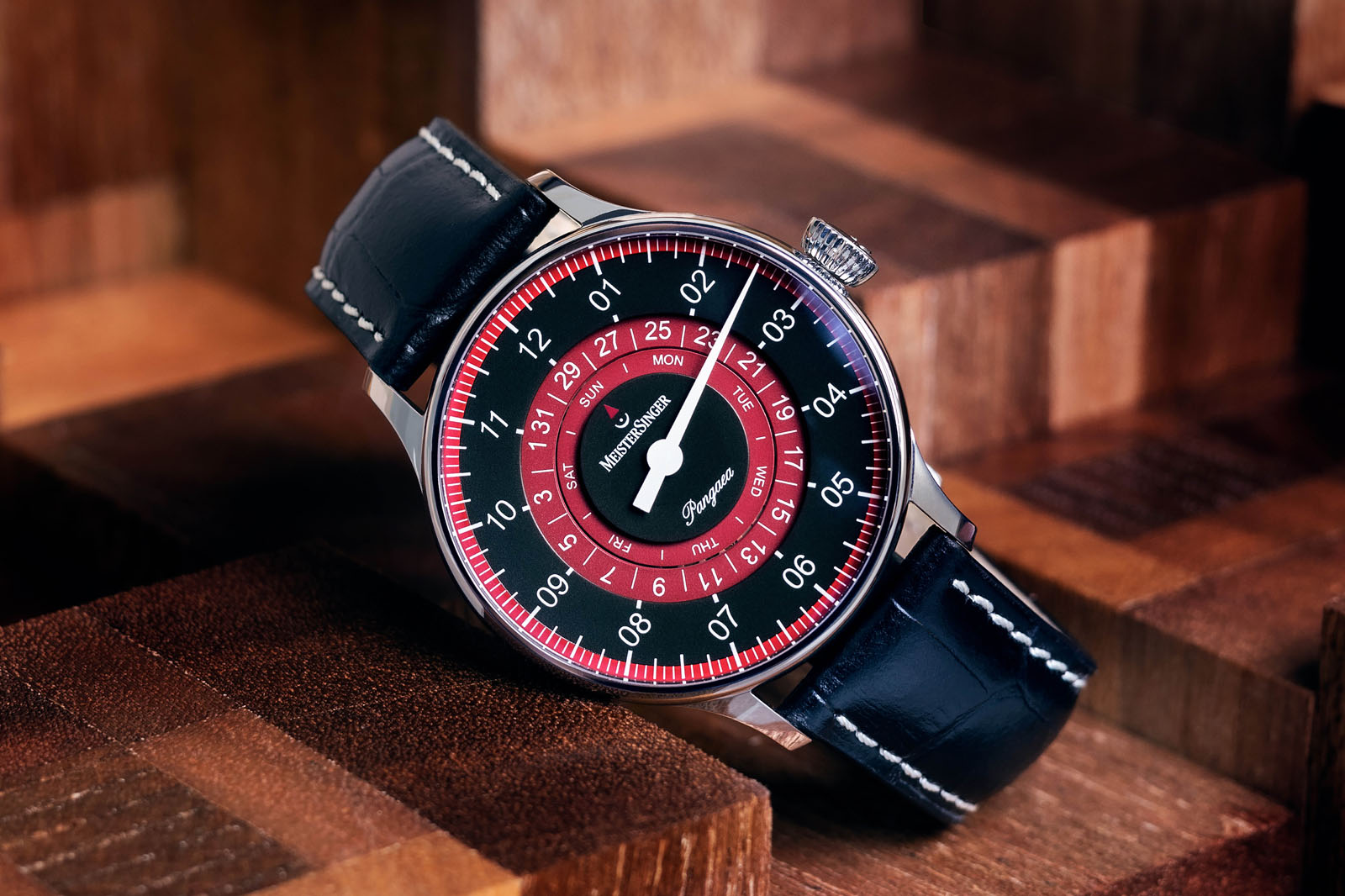 It’s a system of timekeeping that on the surface might seem limiting, but as MeisterSinger’s latest Pangea shows, you just need to think about the watch a little differently. The day-date watch still has a single hand – it wouldn’t be MeisterSinger otherwise – but uses rotating rings for both the day and the date.

It’s an ingenious idea and makes reading the day date as easy as any simple window. It’s also aesthetically inspired, somewhere between pared-back cool and a technical instrument. Throw in a funky colour (our money’s on the Bordeaux and black) and you have proof incarnate that you can do anything you want with a single hand. Captain Hook would be proud.

Inspired by automotive icons such as Porsche and Mini, the Azimuth Gran Turismo is an ode to car...