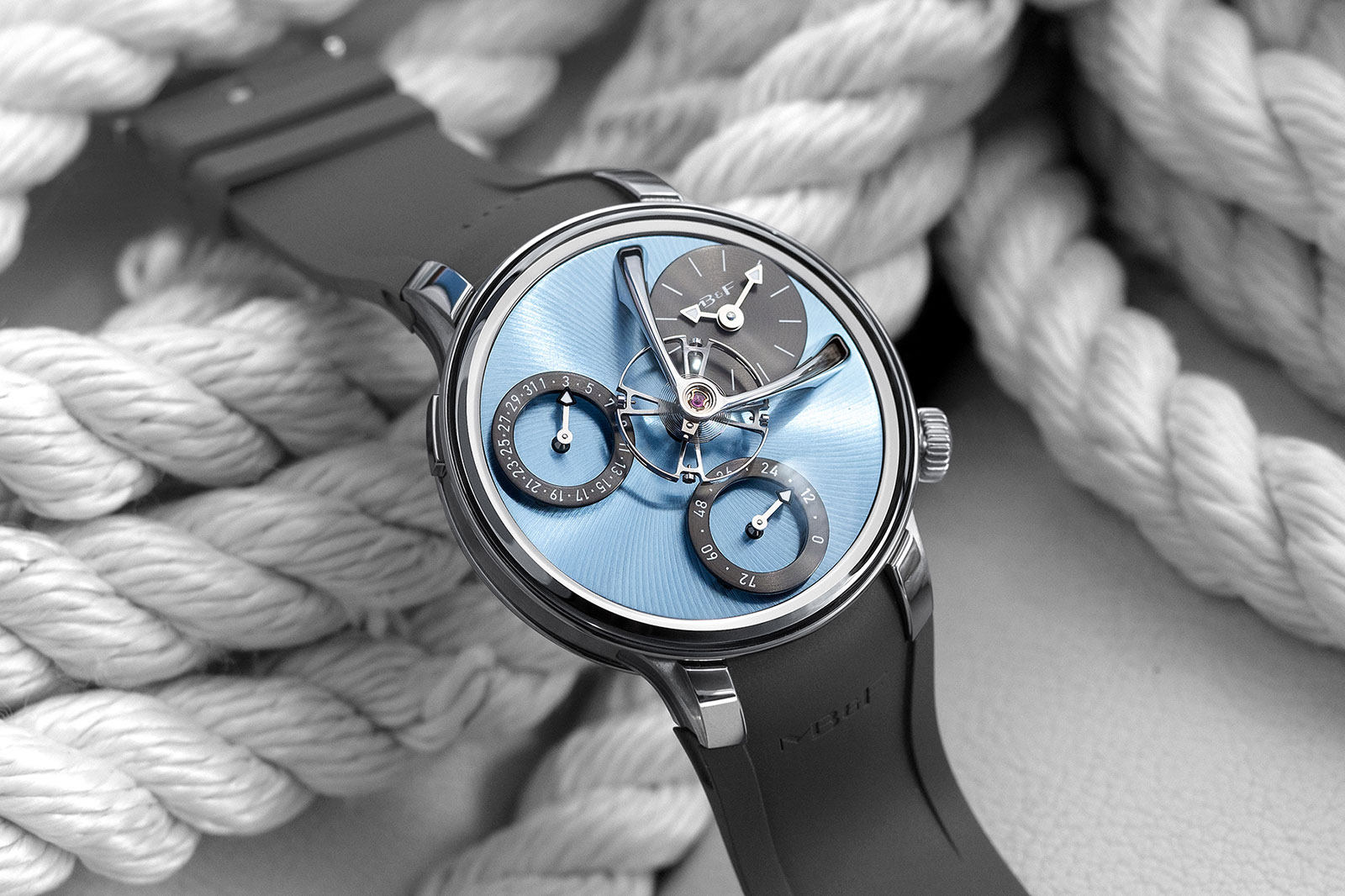 As a re-release, the colourway is all that’s new here and I’ve already told you everything you need to know about it. It’s ice blue and grey. However, since the original launch last year was so underground, let’s dive into the watch a little deeper. Essentially, MB&F have taken the 2017 Split Escapement‘s movement and transplanted it into the 2020 Perpetual EVO‘s case, rotating it clockwise by 30 degrees while they were at it. The new piece has a diameter of 44mm and is produced in titanium. 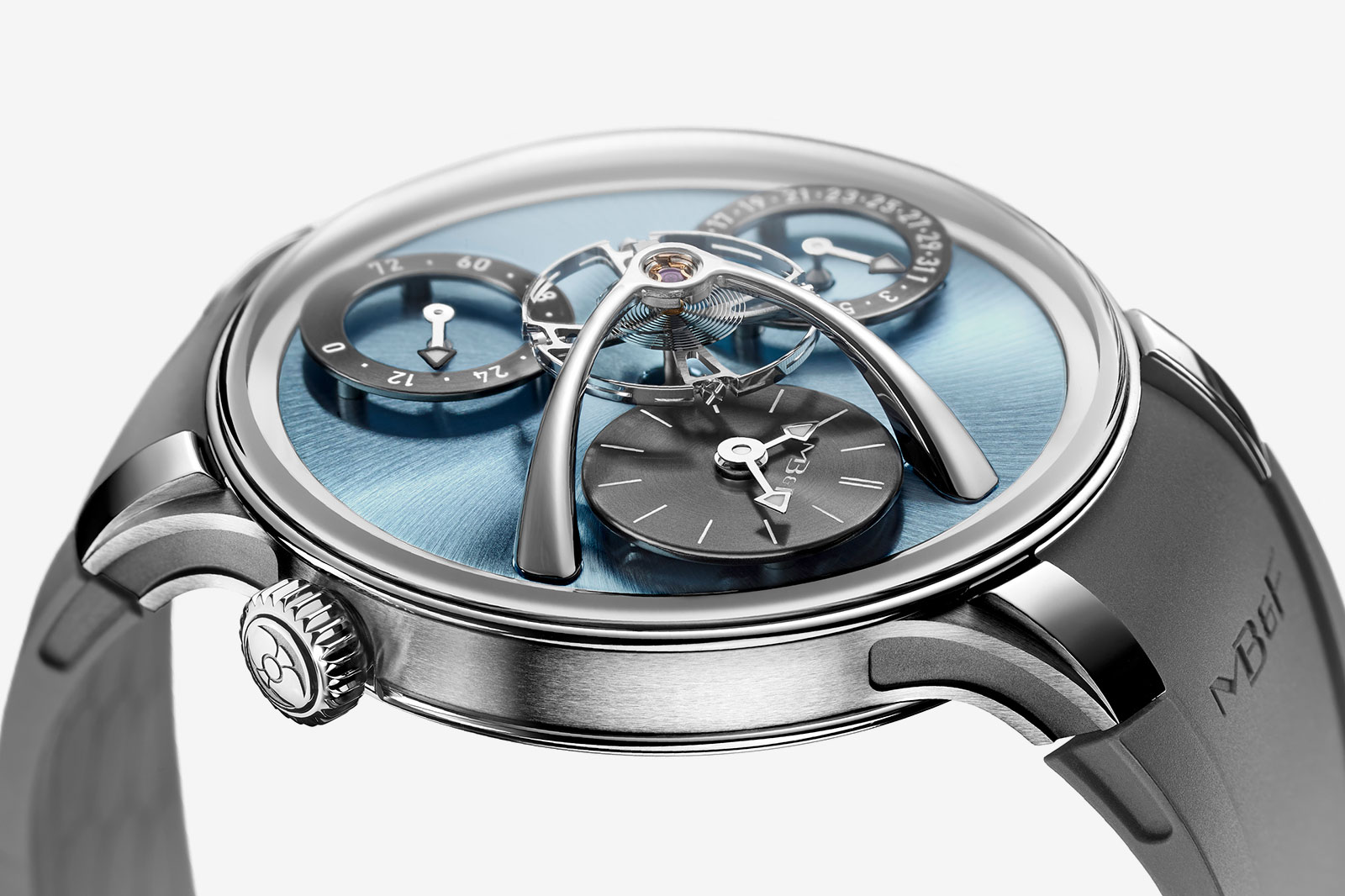 Together, the combination of the case and the movement is absolutely stunning. The display has more room to breathe because of the EVO’s bezel-free design and it really allows the suspended balance wheel to dominate the space. Plus, the EVO case provides additional benefits such as 80m water resistance, a screw down crown, an integrated rubber strap and a monobloc FlexRing shock absorption system. 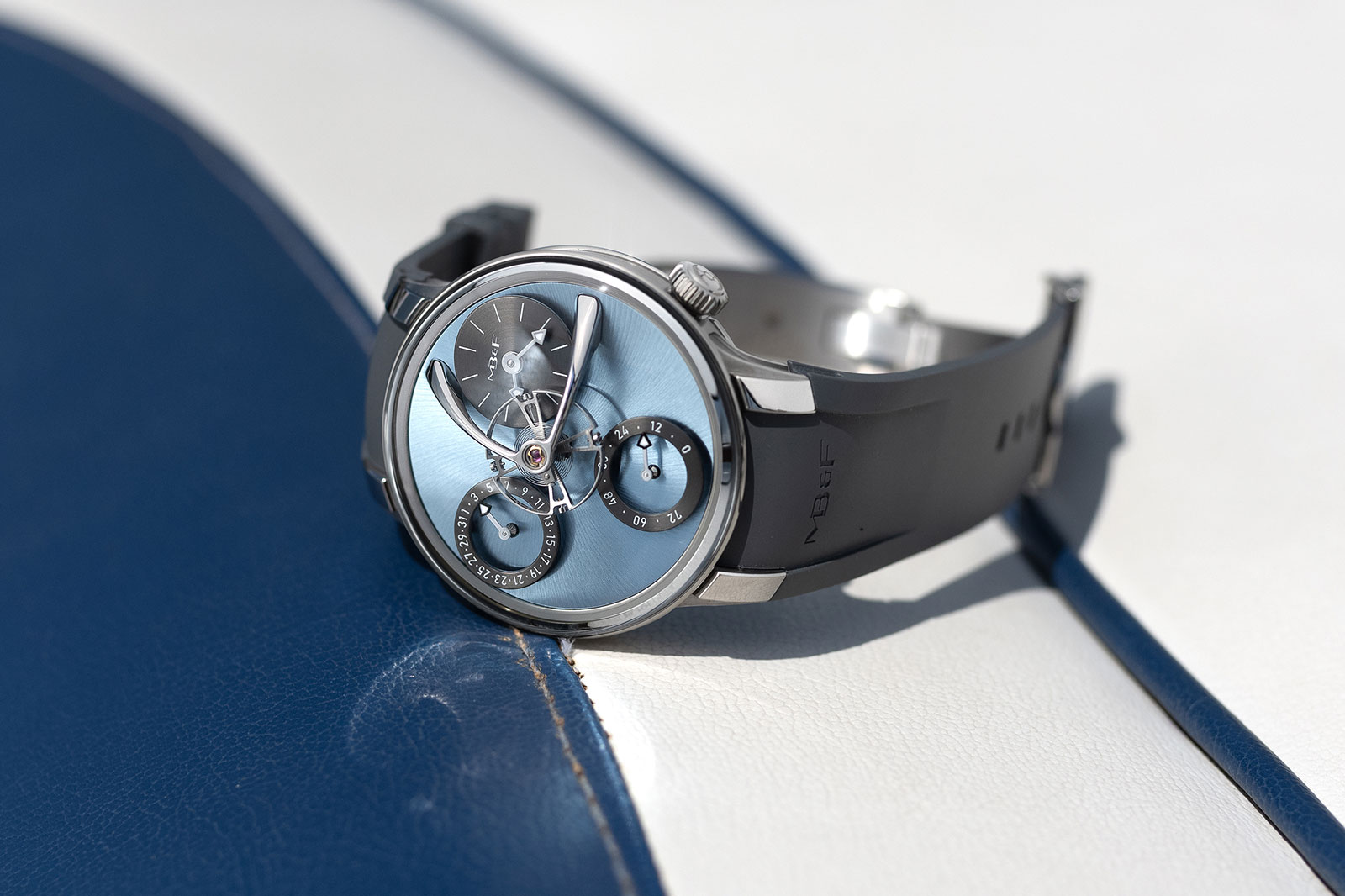 The original concept behind the LM Split Escapement is that when the technology was first developed for the LM Perpetual, the perpetual calendar dial was so busy that the new, innovative split escapement went largely unnoticed. This led MB&F to develop an original LM that shines a spotlight on the escapement. 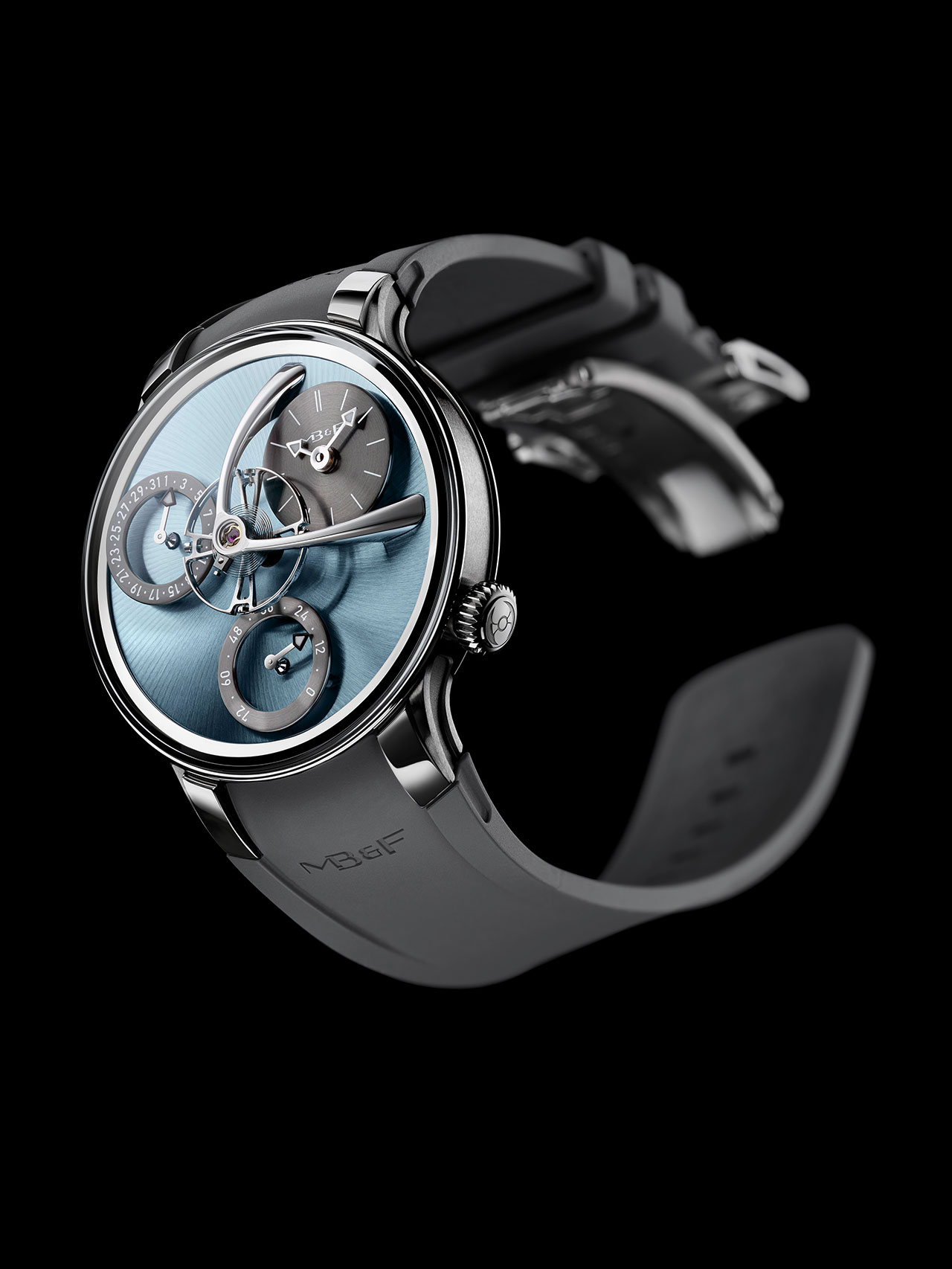 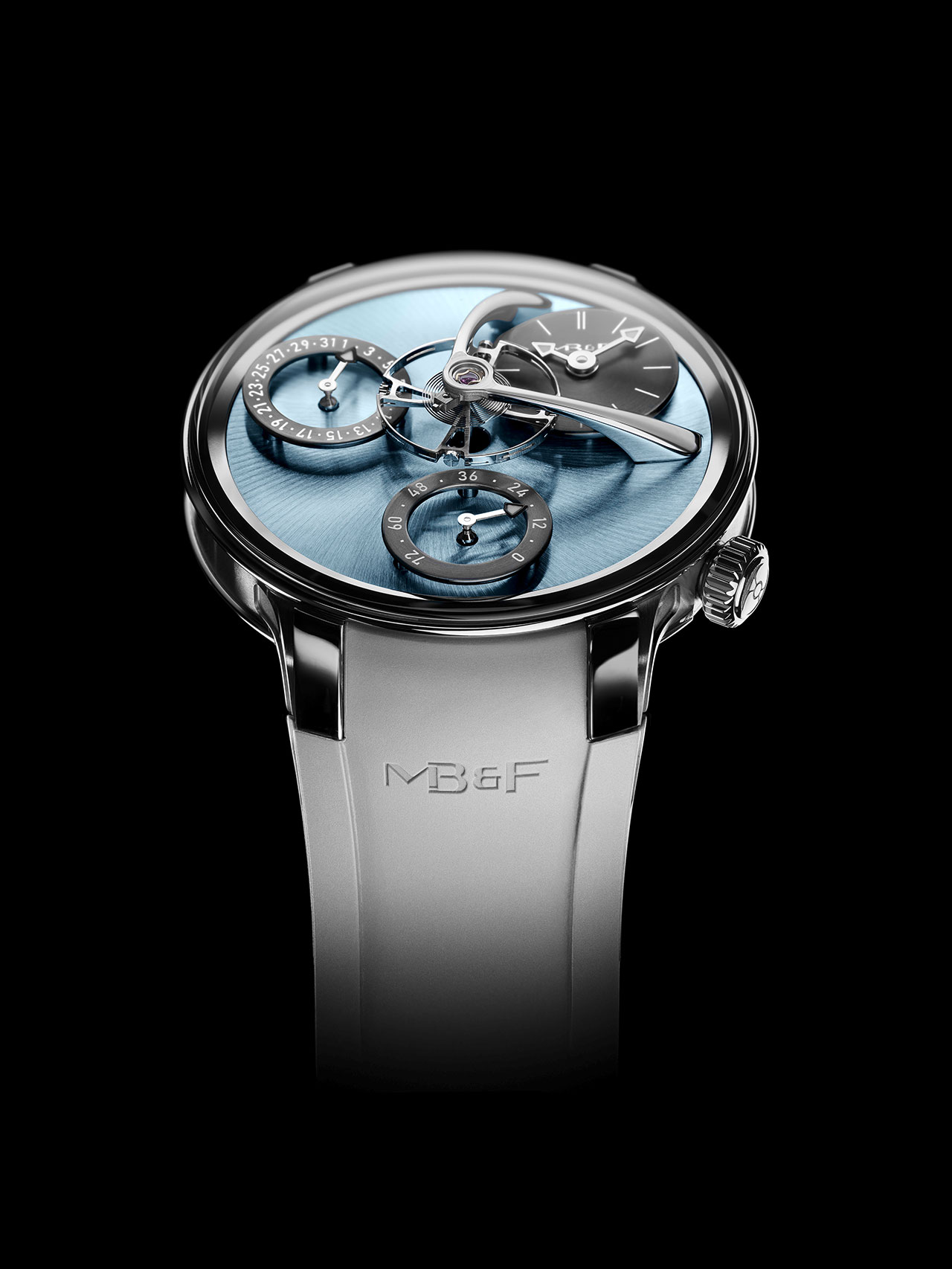 In technical terms, a split escapement is one where the balance wheel is separated from the anchor and escape wheel, which has been achieved dramatic effect here by suspending the balance wheel 12mm away from the other components. In fact, they’re so far away from each other that they’re on either side of the dial. 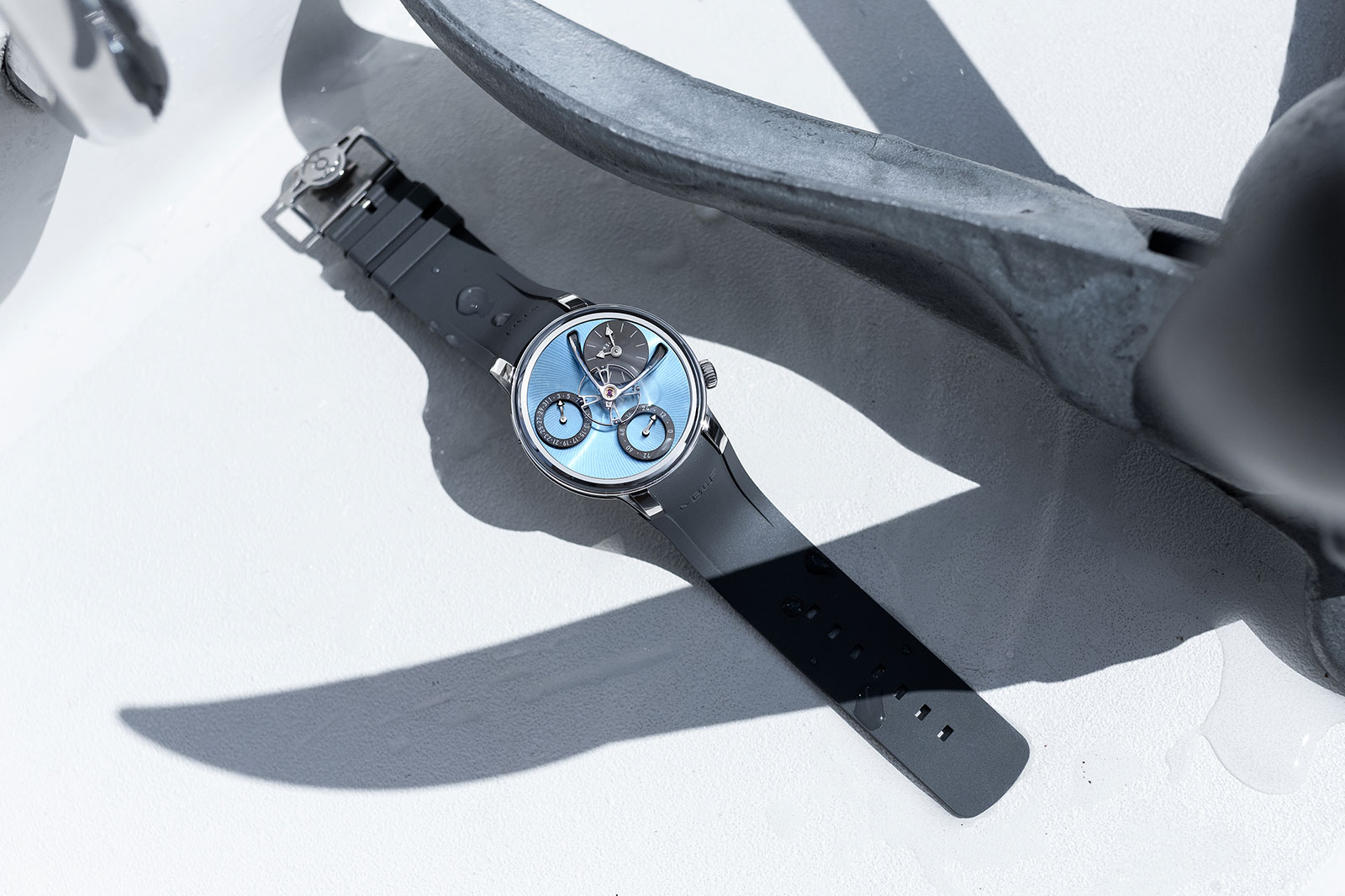 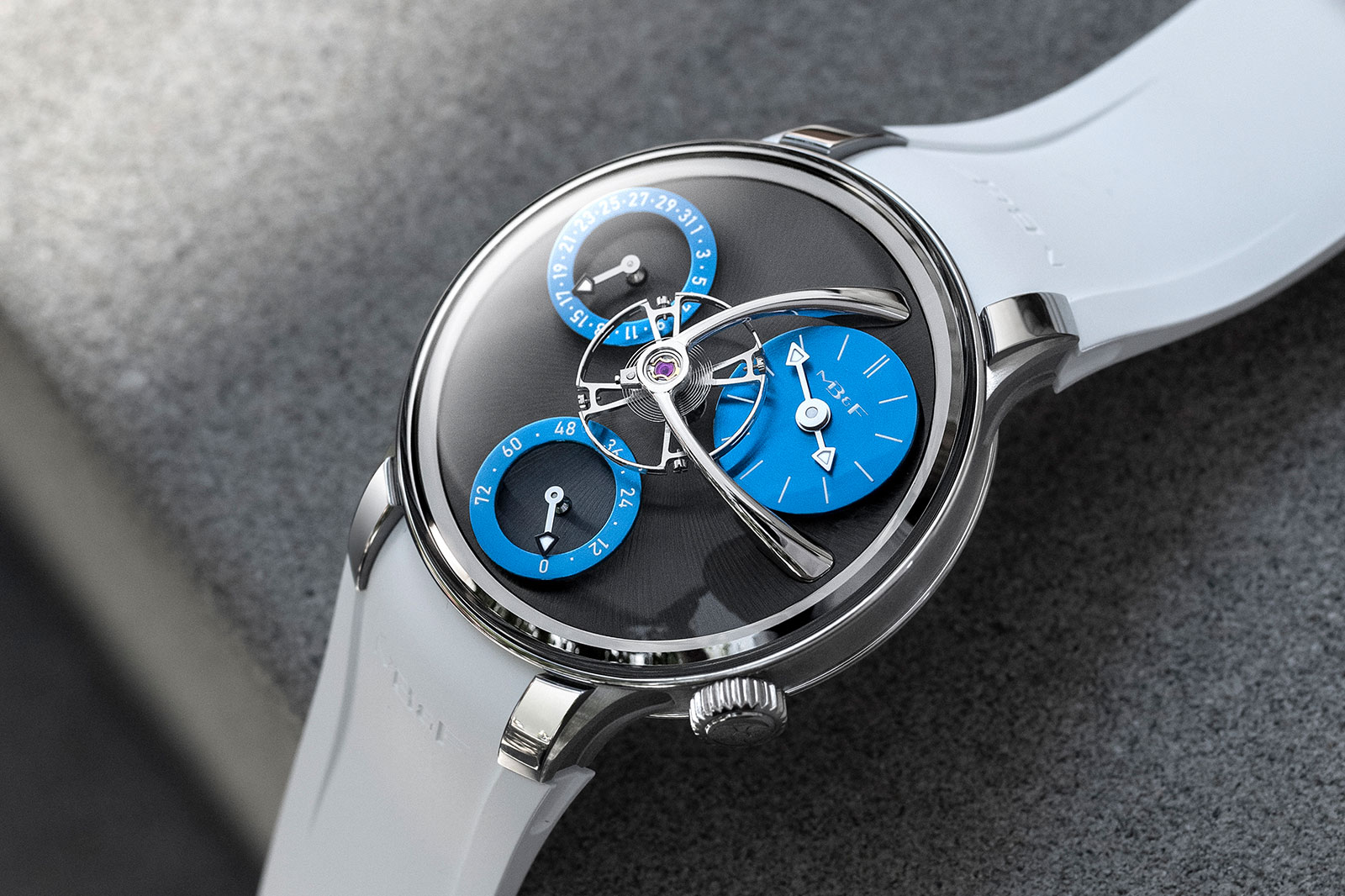 As for price, the ice blue Legacy Machine Split Escapement EVO is CHF 75,000 + tax (approx. £65,800). However, alongside the internationally available ice blue edition, there’s also a 25 piece ‘Beverly Hills’ limited edition with a black baseplate and vibrant blue sub dials which will be available exclusively from MB&F’s Beverly Hills LAB for the same price of USD 80,000 + tax.