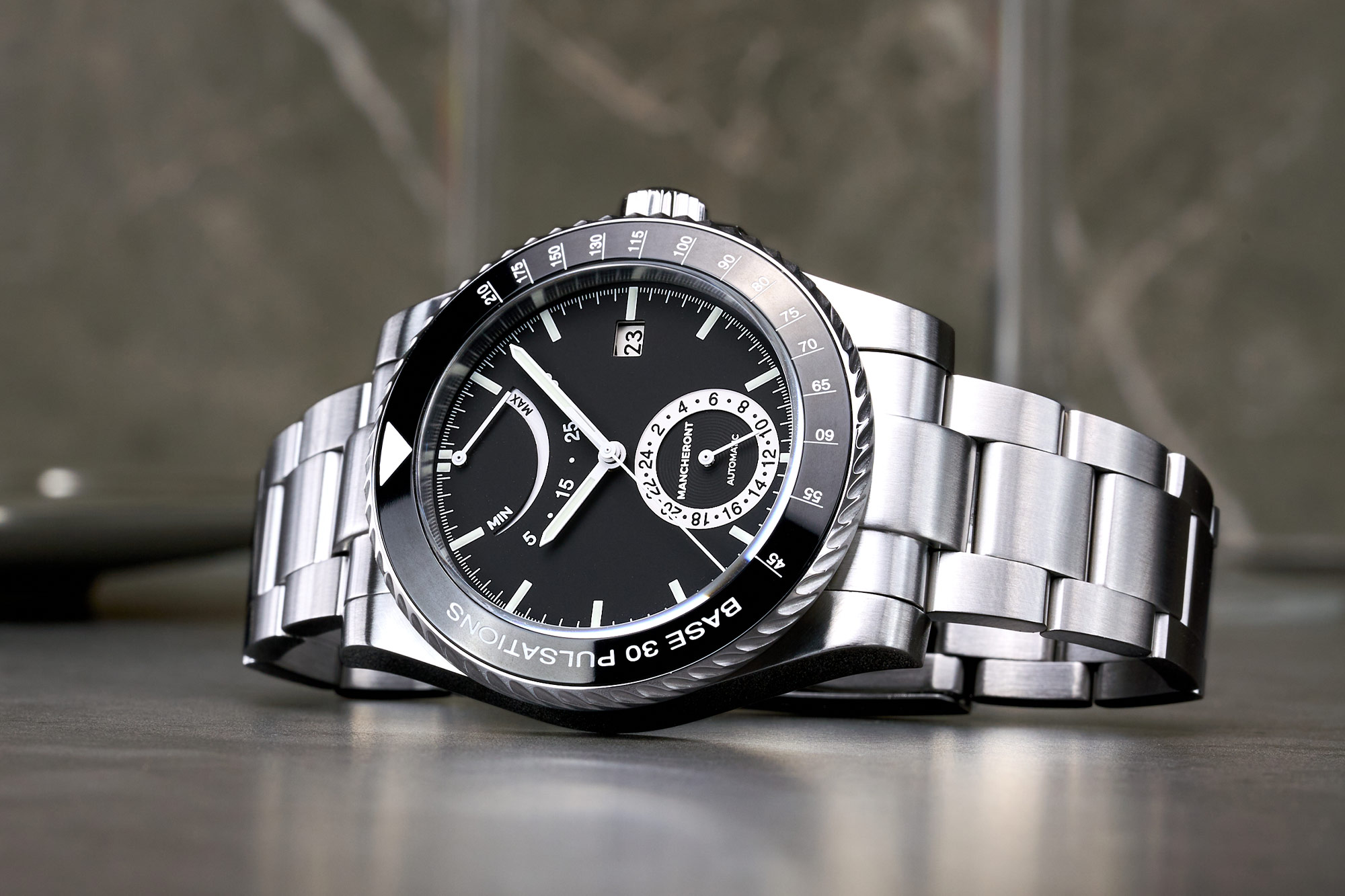 A little while ago we had a look at what it means to be a microbrand and few brands exemplify that definition as well as Mancheront. The Sydney-based brand have jumped into the watch industry with their debut watch called the Pacer and it’s a strong showing.

The brand’s founder and chief designer is Dilon Wong, who spent five years developing his perfect watch having a background in architecture. Over the course of those years the watch’s design underwent many iterations and changes and now has 4 original design patents across 28 major countries. An impressive feat for a newcomer. 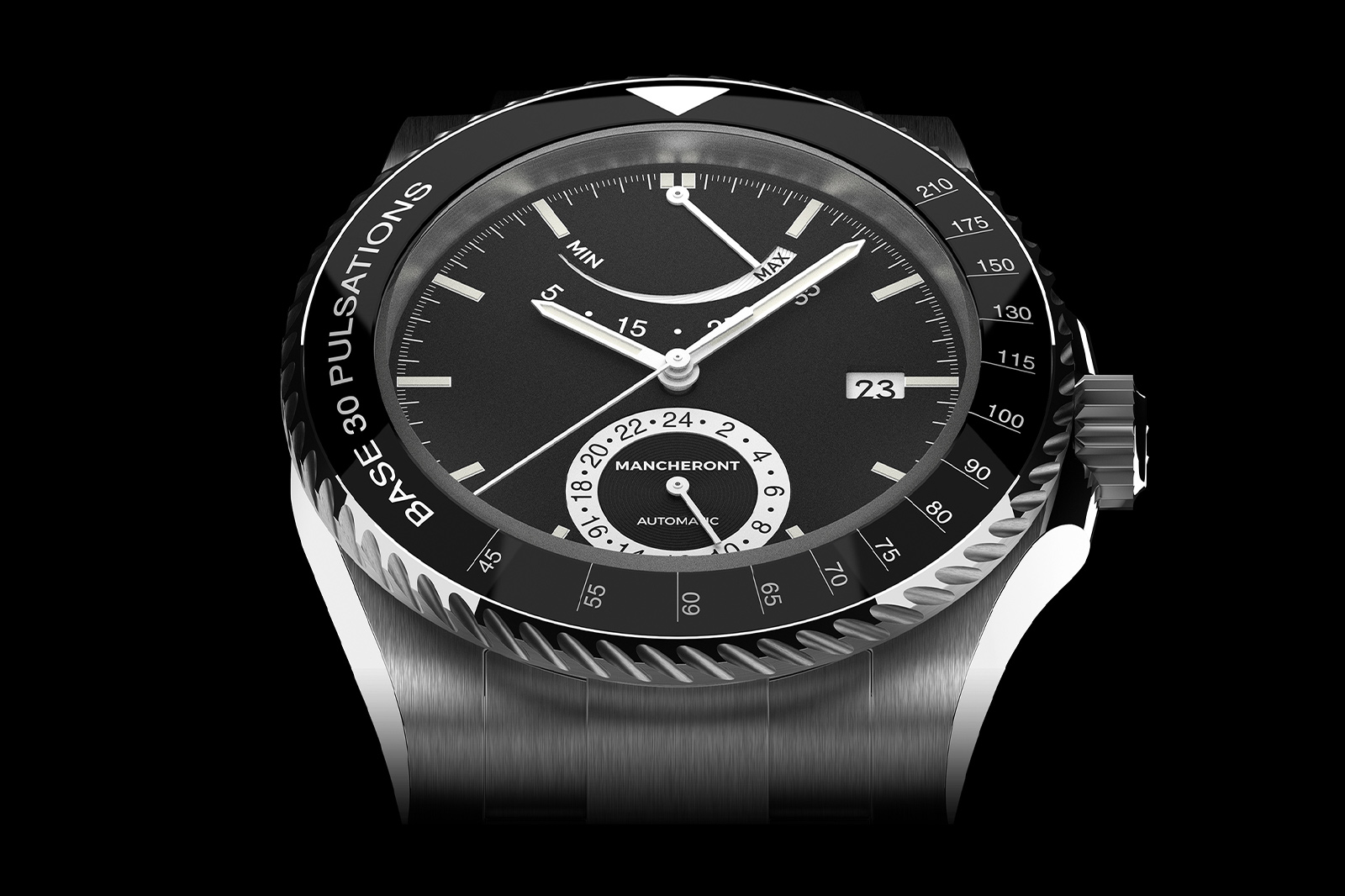 Its name, Pacer, is derived from its signature function: a pulsometer scale on the bi-directional rotating bezel. To operate the pulsometer, you rotate the bezel so that the large arrow is slightly ahead of the seconds hand, then once the seconds hand reaches the arrow you count 30 heartbeats on yourself or your patient, after 30 beats, wherever the seconds hands has reached on scale is the pulse rate. It’s designed for active individuals who want a mechanical watch. The bezel itself is very tactile with wreath-like knurling for plenty of grip. It sits fractionally larger than the core of the case at a diameter of 40mm as opposed to the stainless steel case’s 39.5mm. 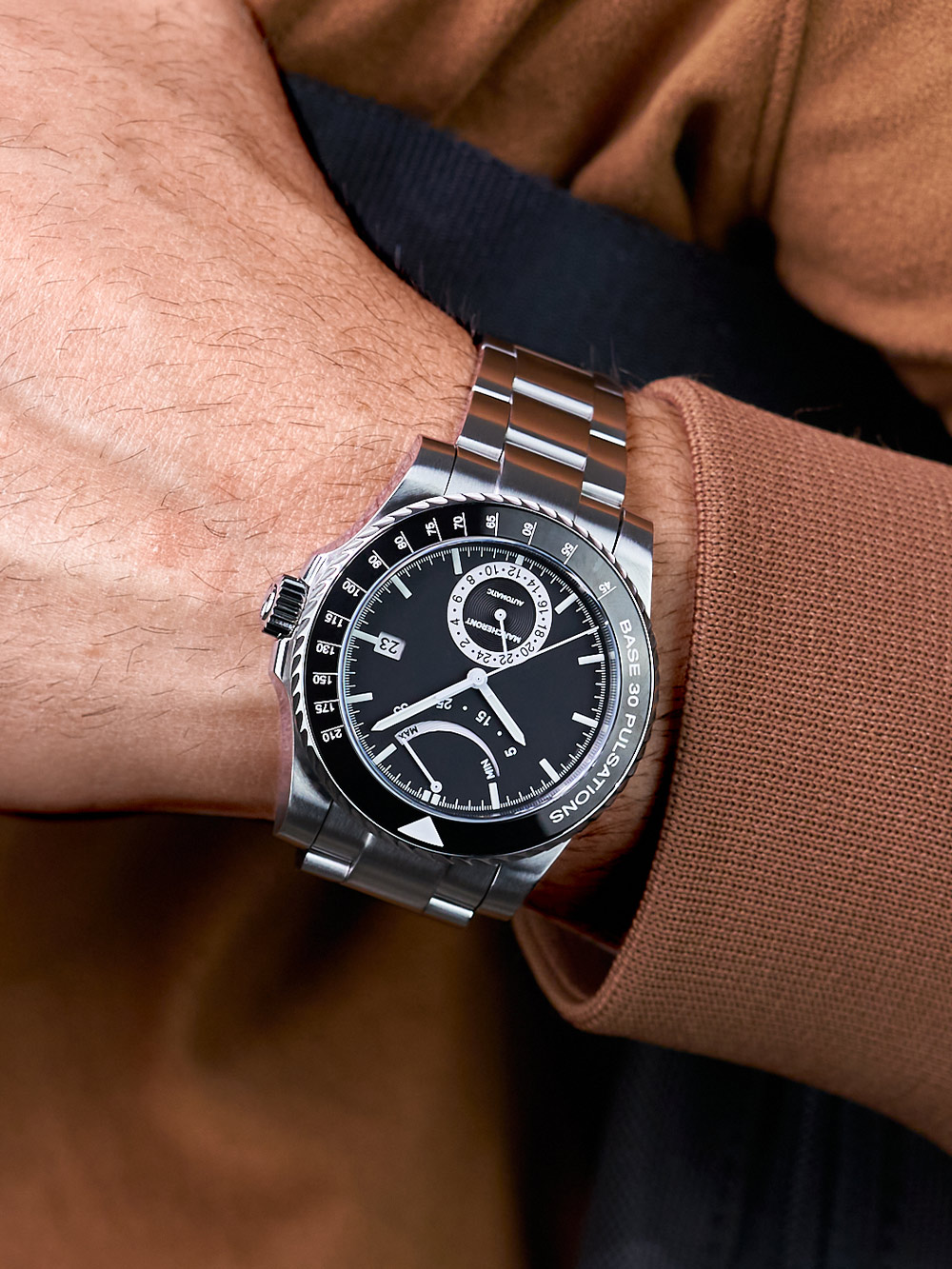 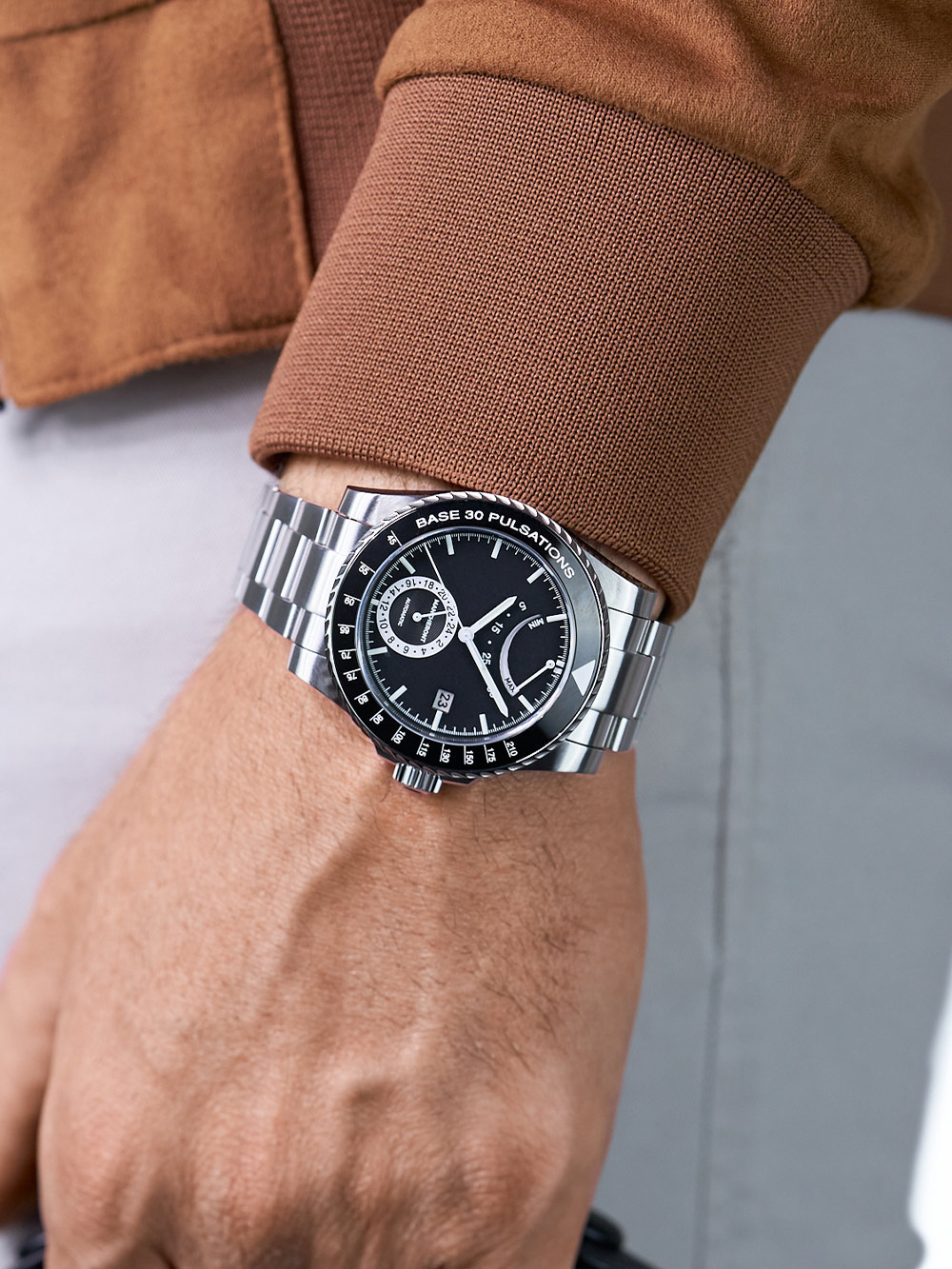 Stylistically it’s divergent from the usual microbrand fare, i.e. not a retro diver, but it doesn’t wander too far off the path given it’s still a rugged steel tool watch. On the whole it’s a great looking piece with a well-balanced monochrome design and well-chosen complications in the pulsometer, power reserve indicator, date and 24-hour subdial. They’re not functions you usually see together so prominently, making it an interesting piece. 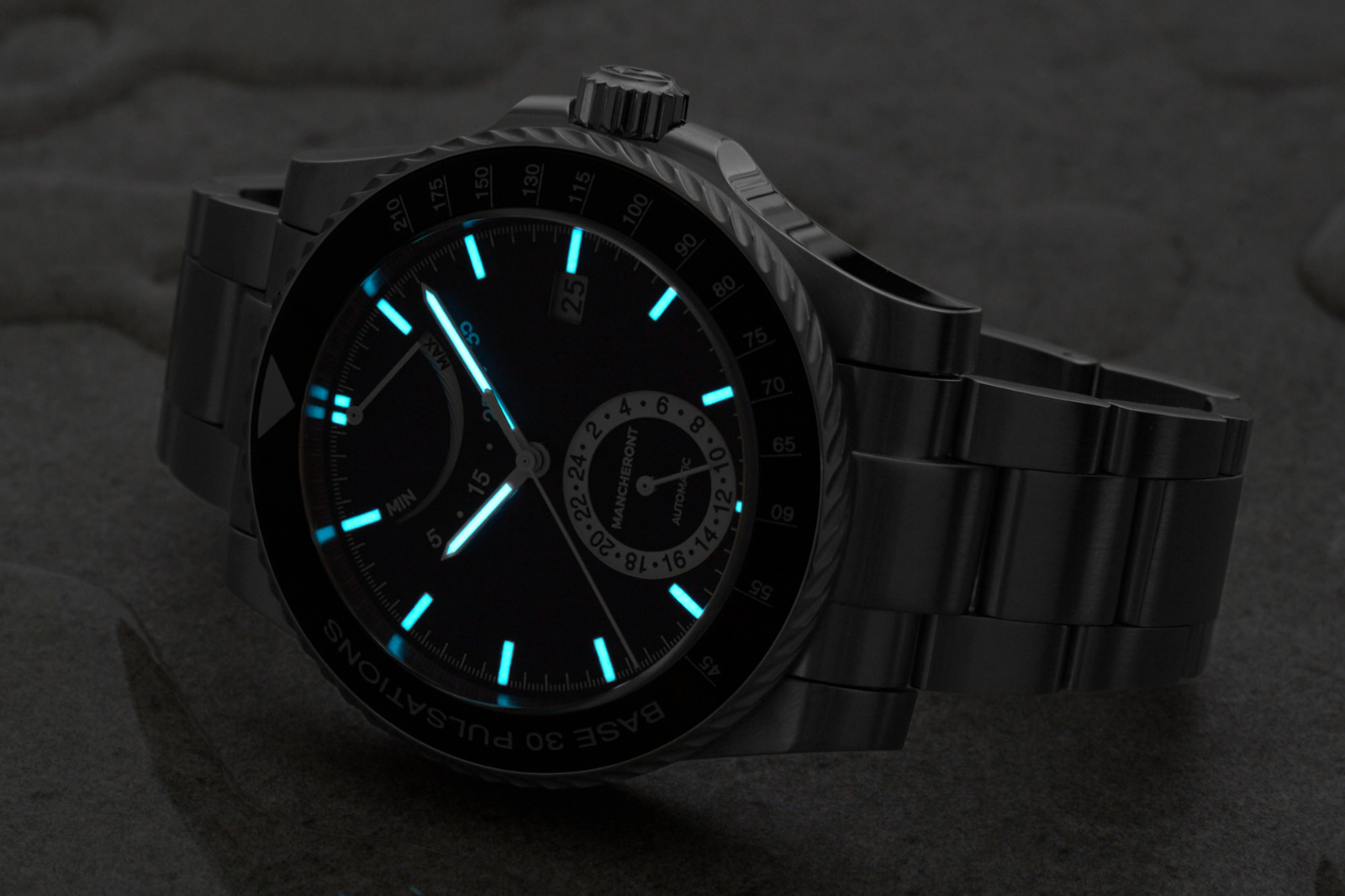 The watch’s display is highly legible day or night due to the C3 Swiss SuperLuminova® used on the hour markers, which glows blue in low light conditions. The careful consideration of such things is testament to Mancheront’s attention to detail. As a sidenote, the name Mancheront might be my favourite brand name pun, being a portmanteau of the French words for ‘sleeve’ and ‘blacksmith’. I’d like to start a petition that ‘watchmakers’ be called ‘sleeveblacksmiths’ from now on. 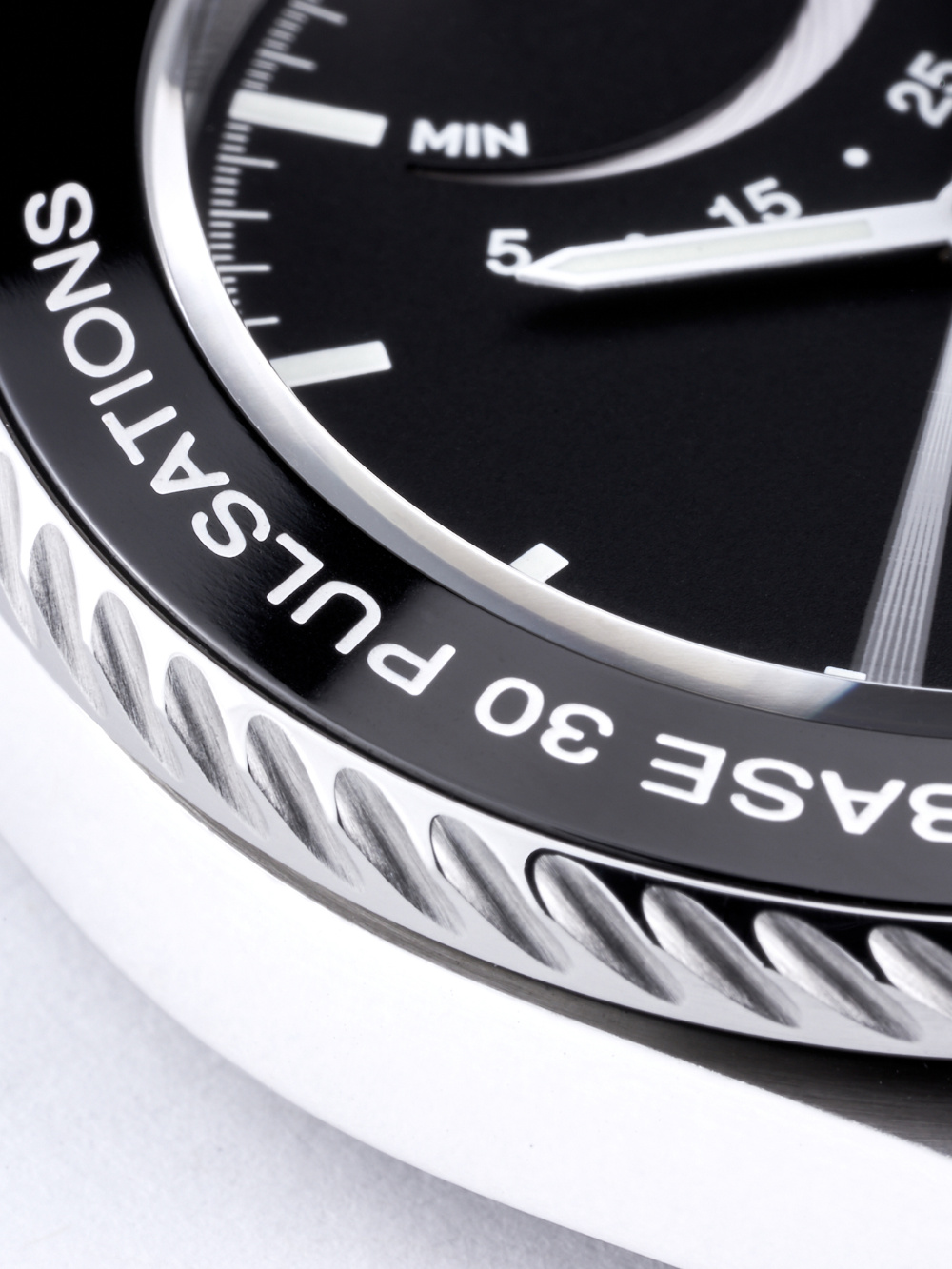 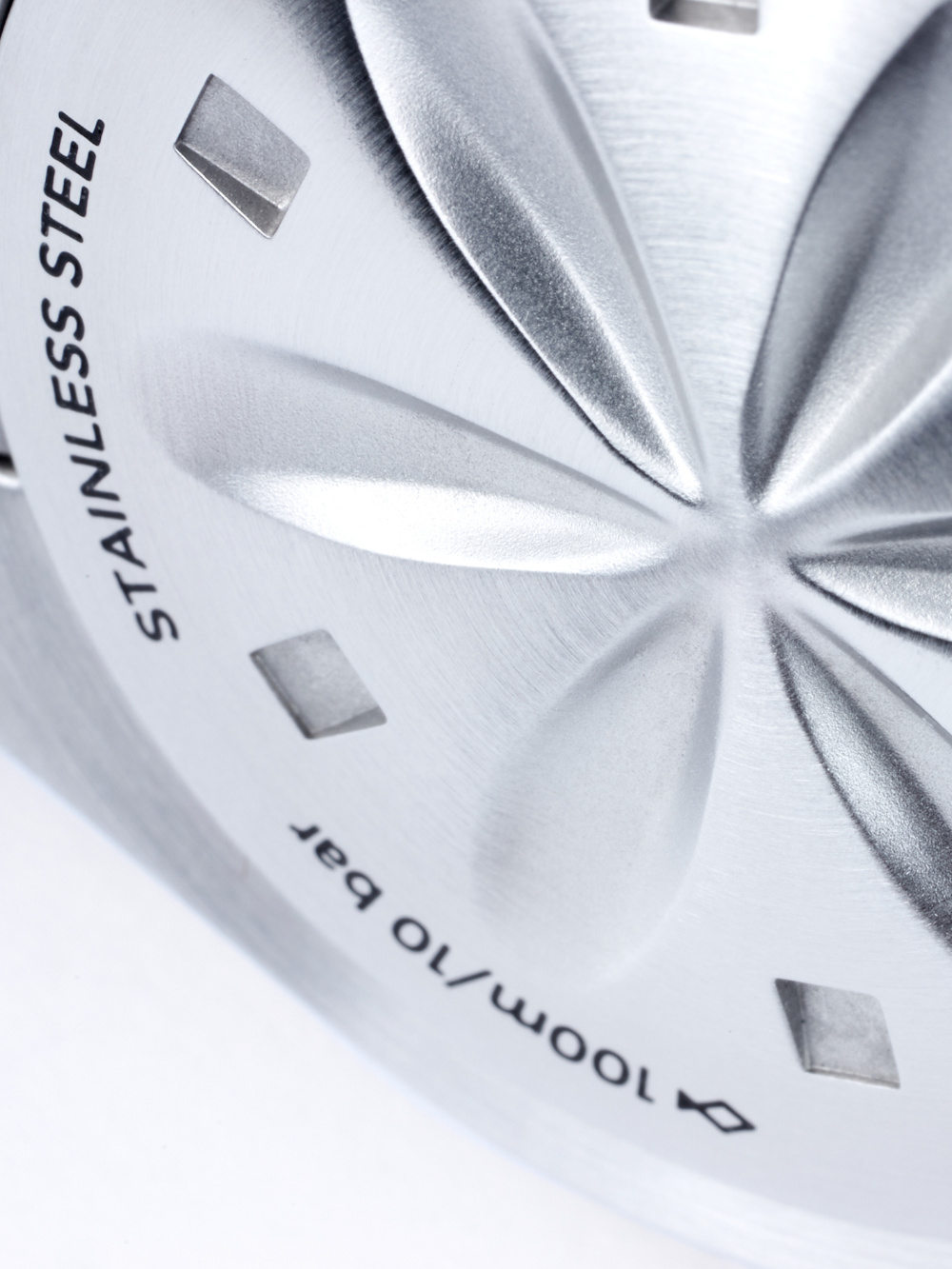 Inside the Mancheront Pacer is the Miyota 9132 calibre, a work horse of the sleeveblacksmithing game. It has a solid 40-hour power reserve and automatic winding, very much as expected from a new microbrand. The movement is hidden beneath a solid caseback, which has a recessed hexadic petal design that allows your wrist to breathe, preventing the build-up of sweat.